Bulgari added a new model to its record-breaking Octo Finissimo series. The model, which has the title of the thinnest perpetual calendar watch in the world, is offered in two different versions. 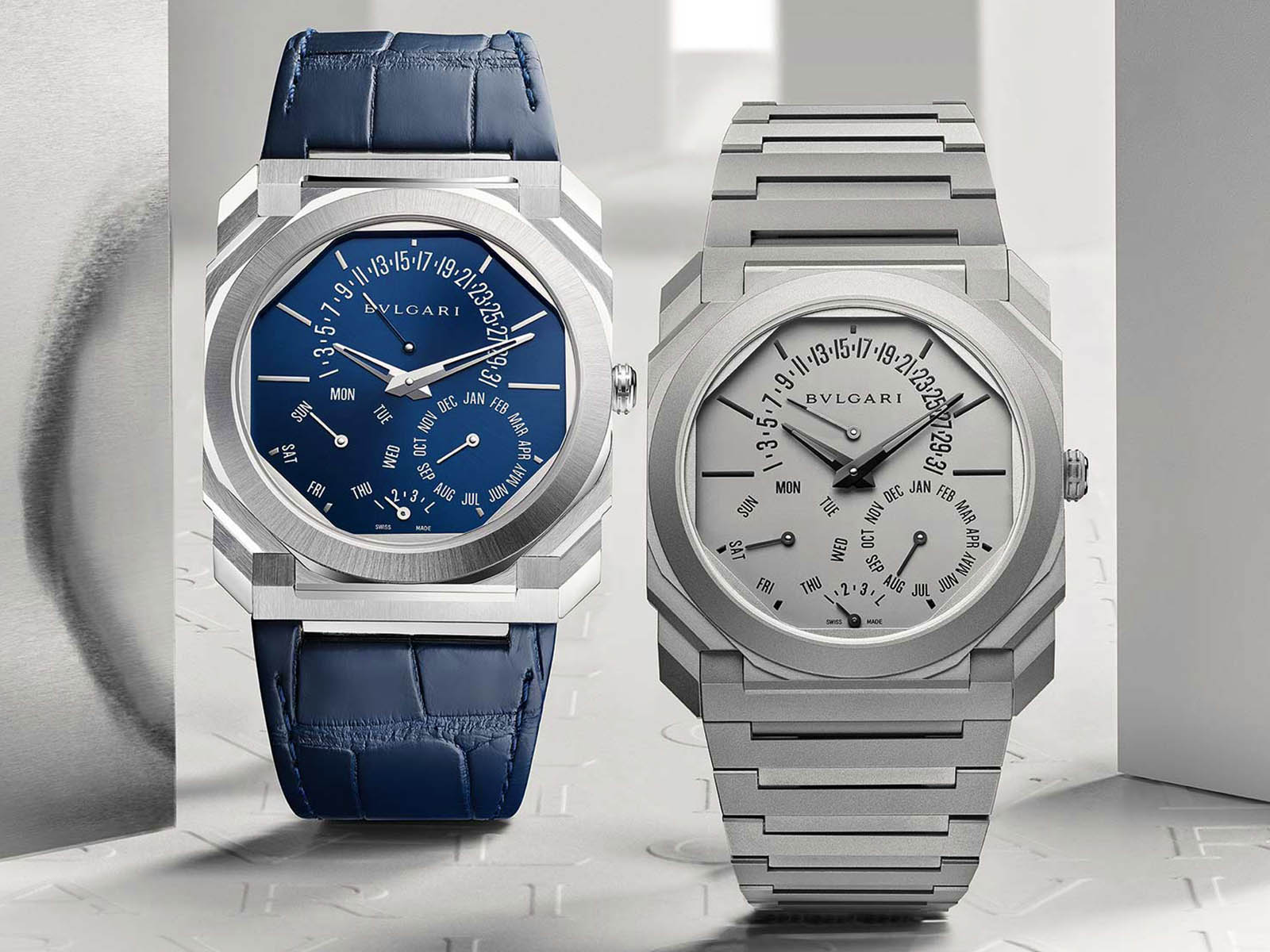 Bulgari added a new model to Octo Finissimo, the record-breaking model family, which set its seventh record. Equipped with the Perpetual Calendar feature, which is among the most important complications of the watch world, the watch is also the world's thinnest perpetual calendar watch with its fascinating dimensions and automatic caliber. 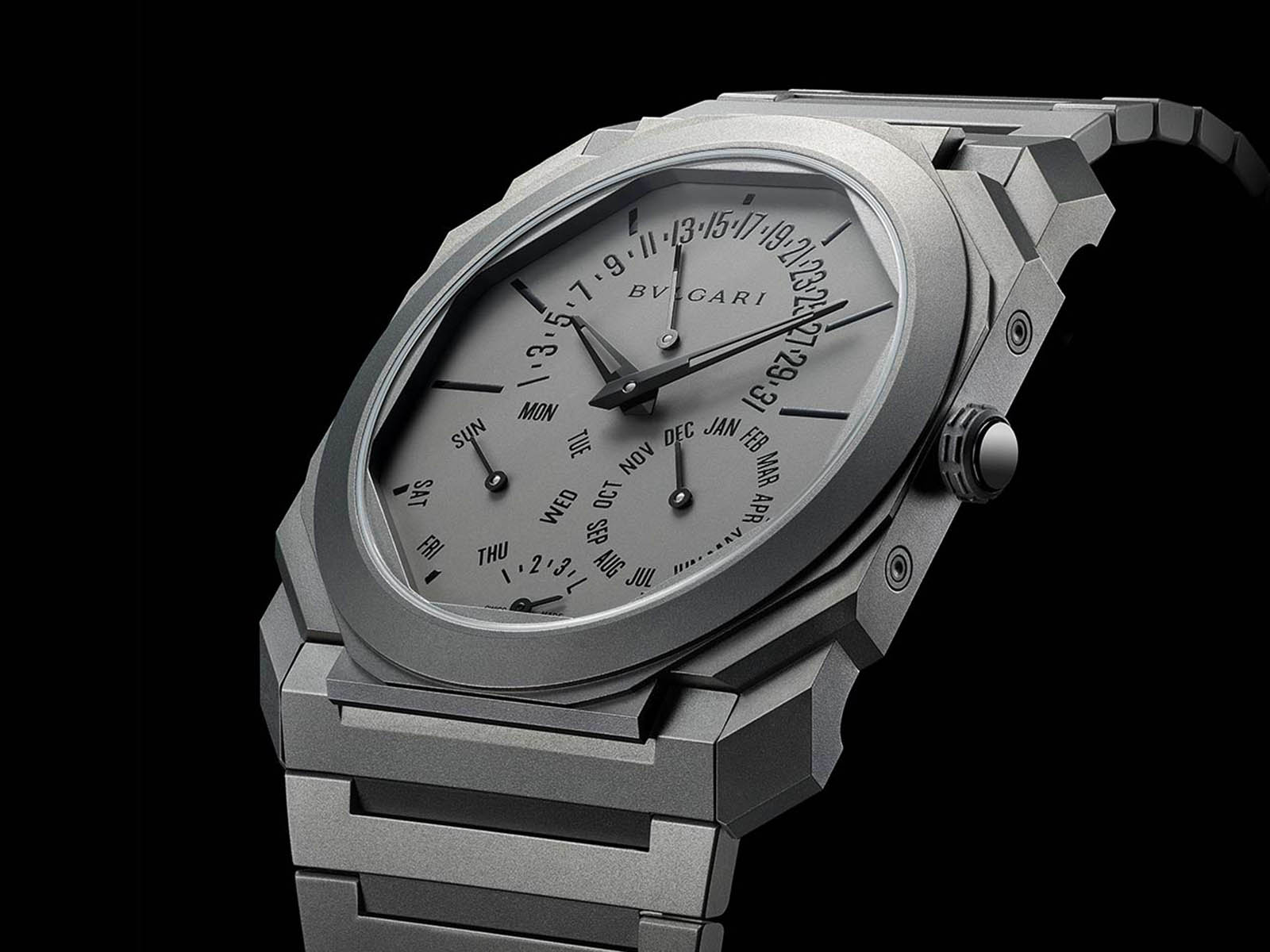 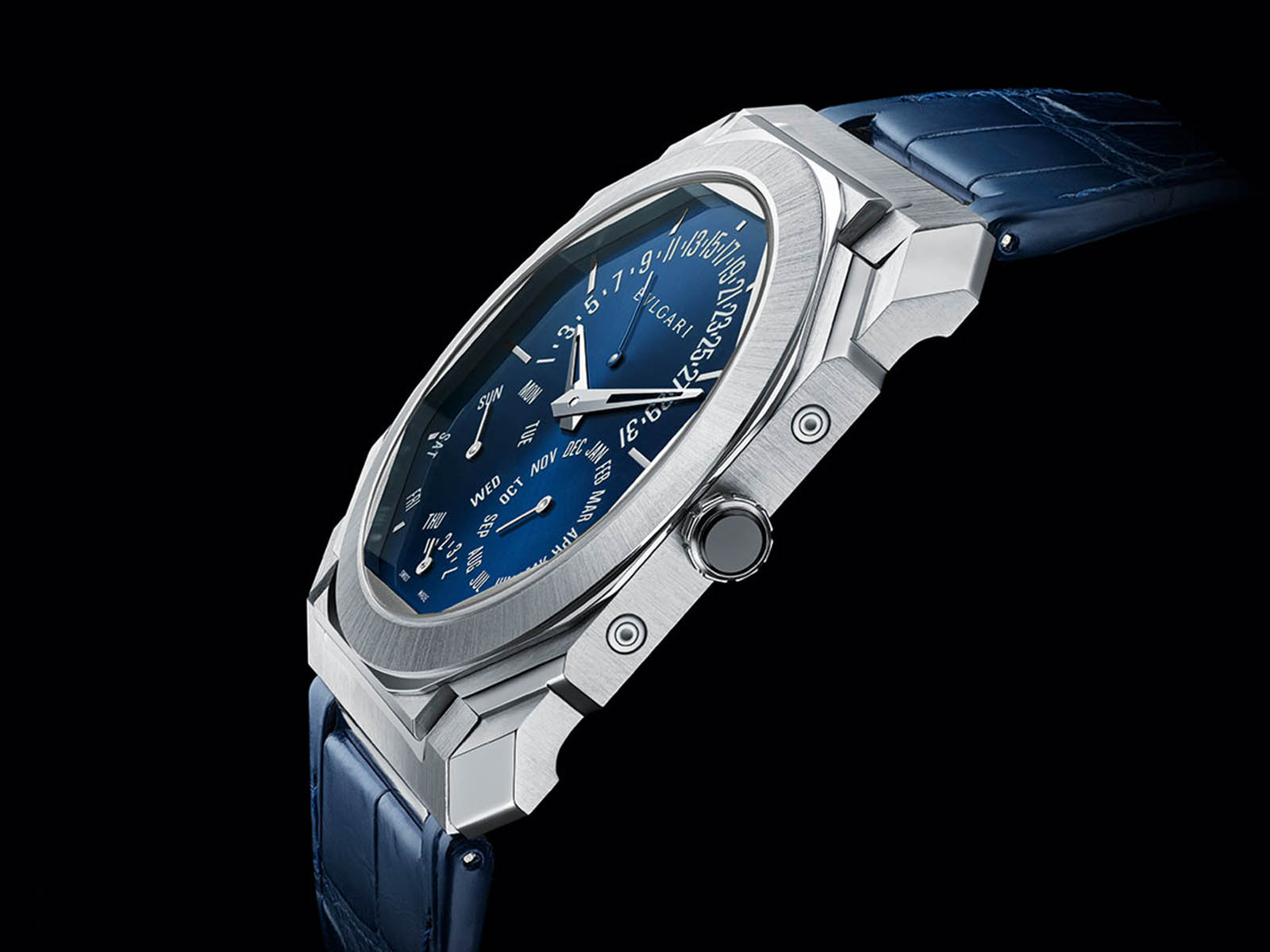 The new model is offered in two different versions, platinum (Ref. 103463) and titanium (Ref. 103200). The case is astonishing with a diameter of 40mm and a thickness of only 5.80mm. Featuring sapphire crystals on the front and back, the case is waterproof up to 30 meters. 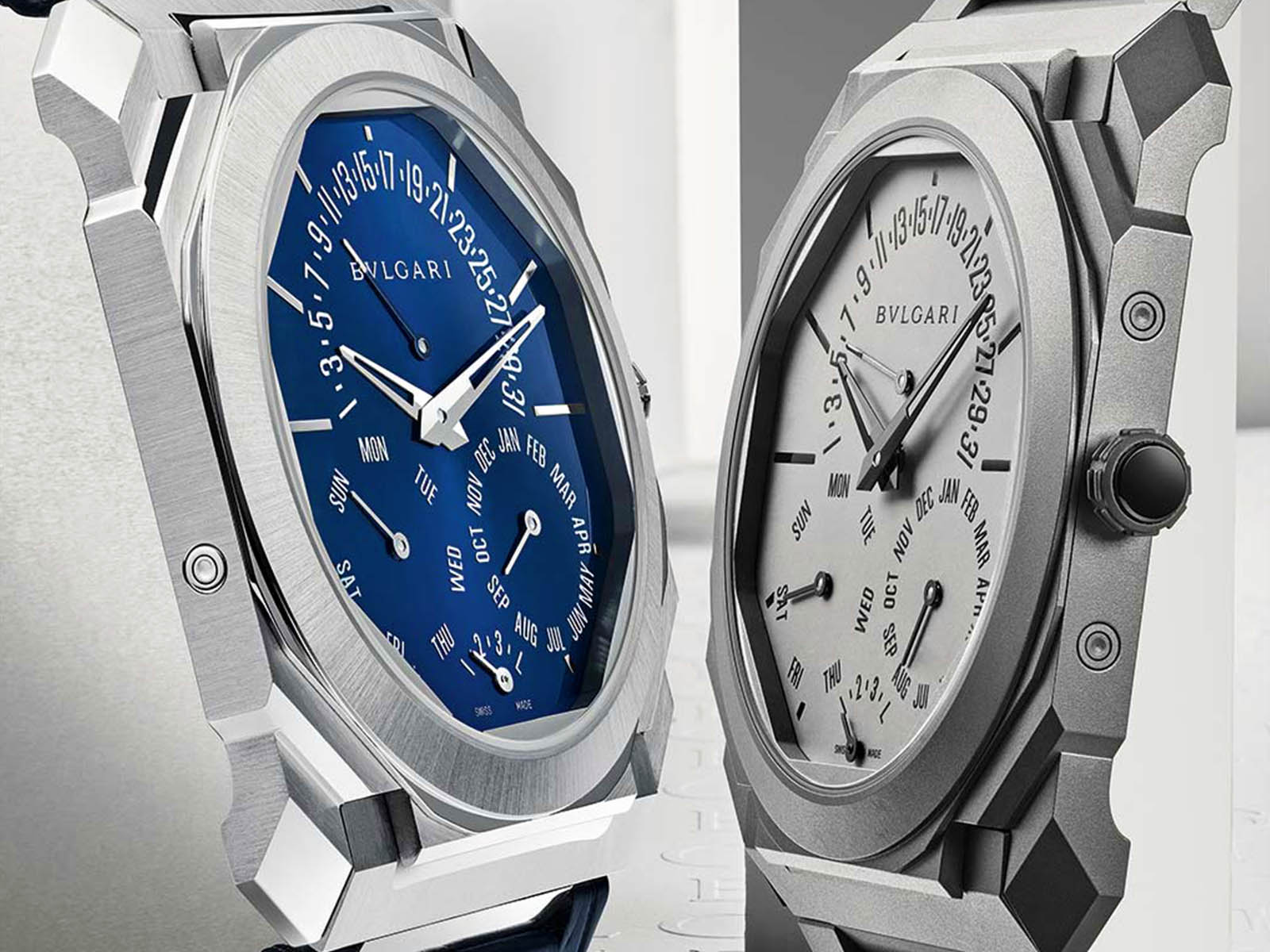 The Caliber BVL 305, which is designed and produced in-house by the brand, functions inside the case, where the recessed buttons used to adjust the calendar function are on the sides. With a total thickness of just 2.75mm, the automatic movement, which has set a new record for Bulgari, hosts hours, minutes, Retrograde date, day, month, and Retrograde leap year functions. 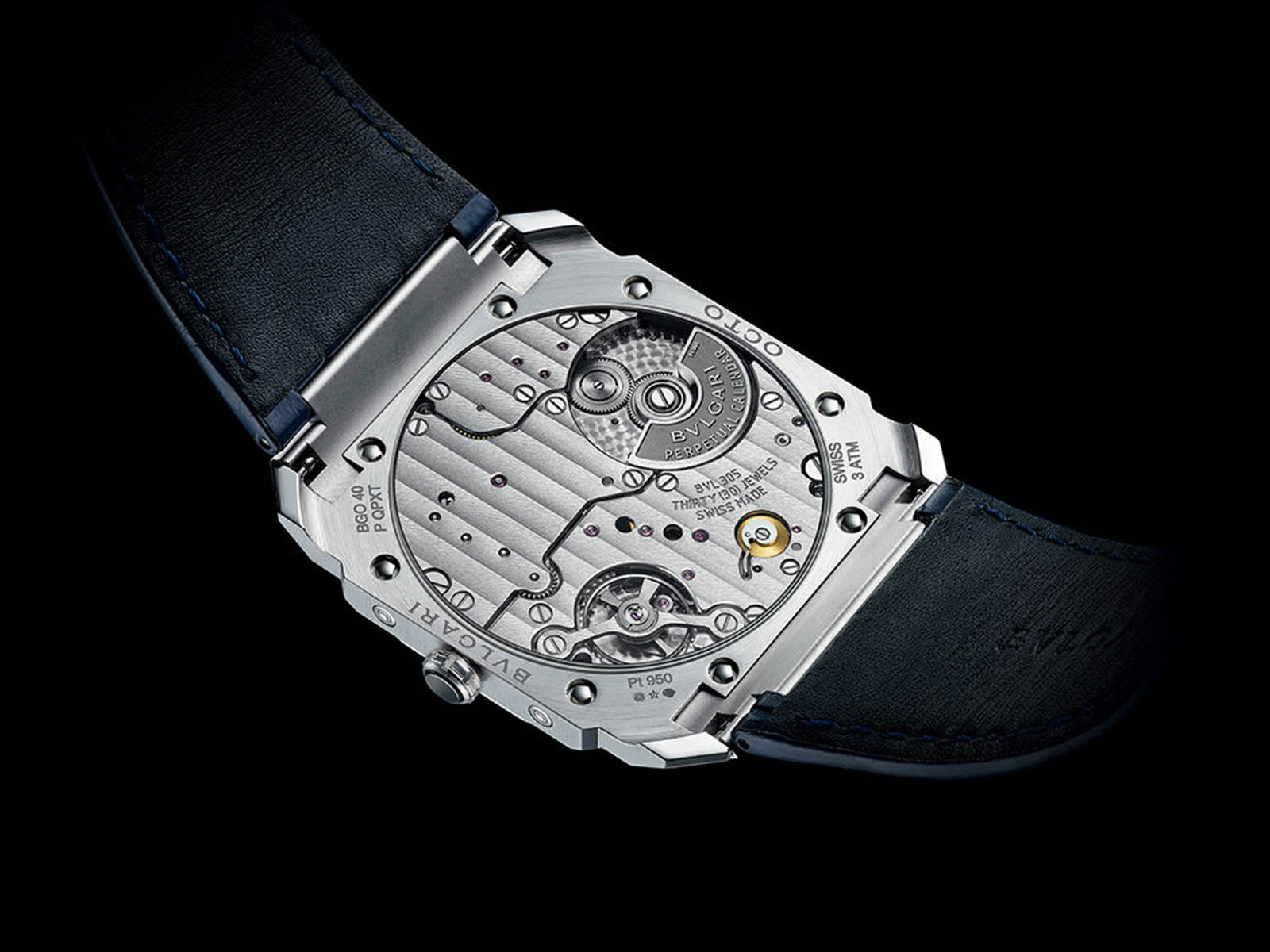 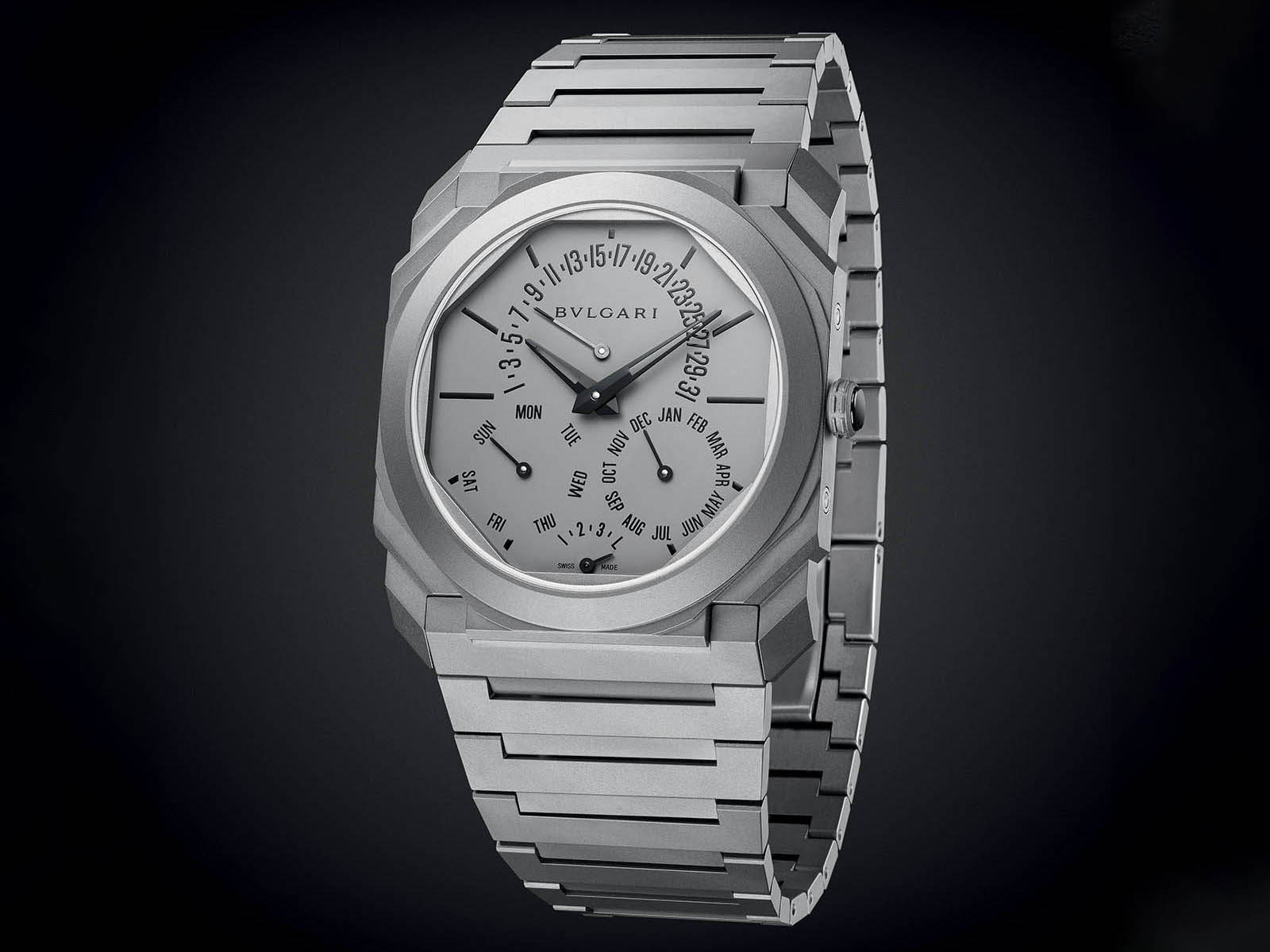 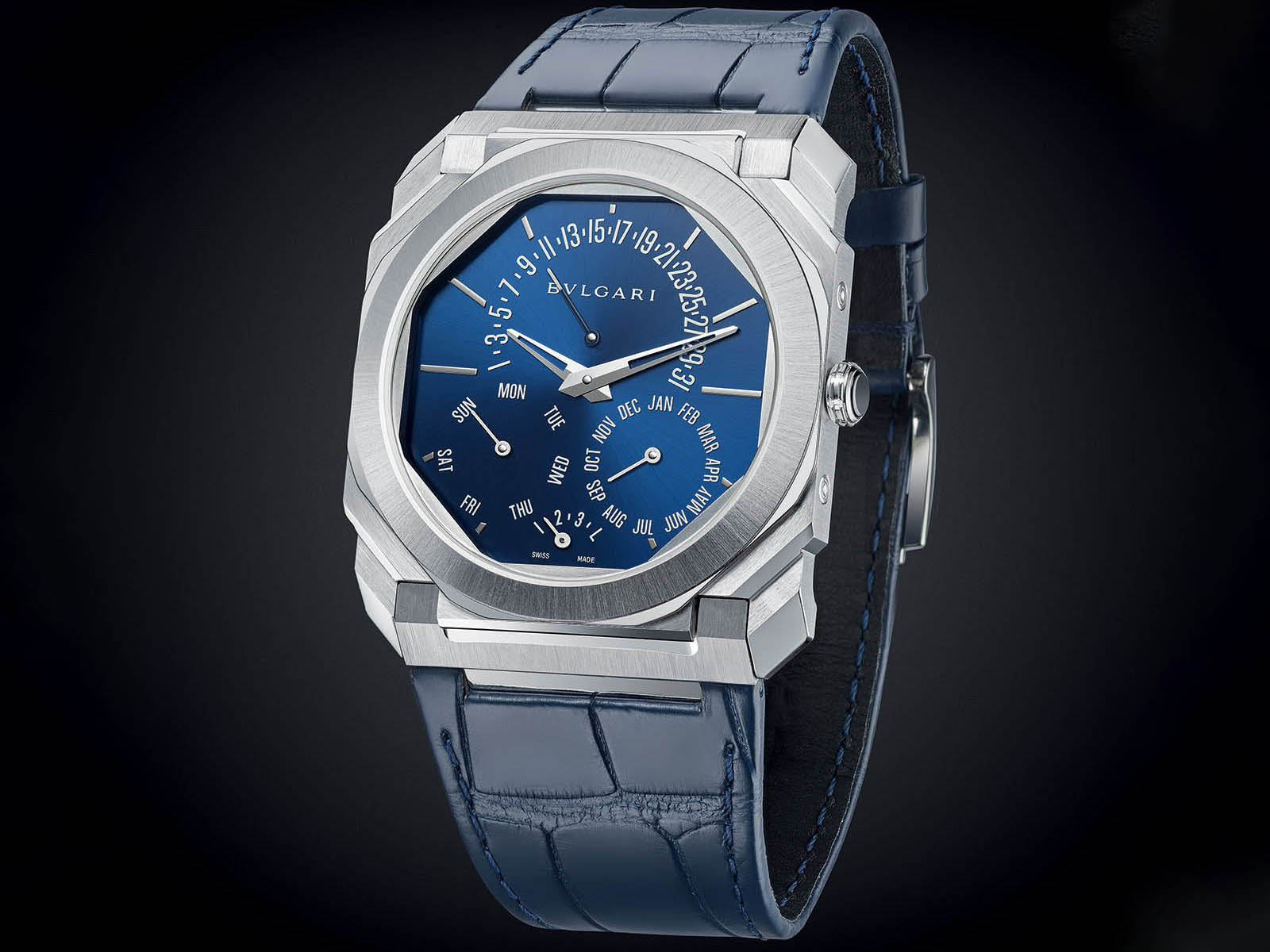