SIHH, one of the highly anticipated organizations of the watch industry, has hosted many well-established brands this year. Besides the new models presented to watch enthusiasts, the other noteworthy feature of the fair was the brand’s spectacular exhibition booths. We have handpicked five of the most successful exhibition booths of SIHH 2017. 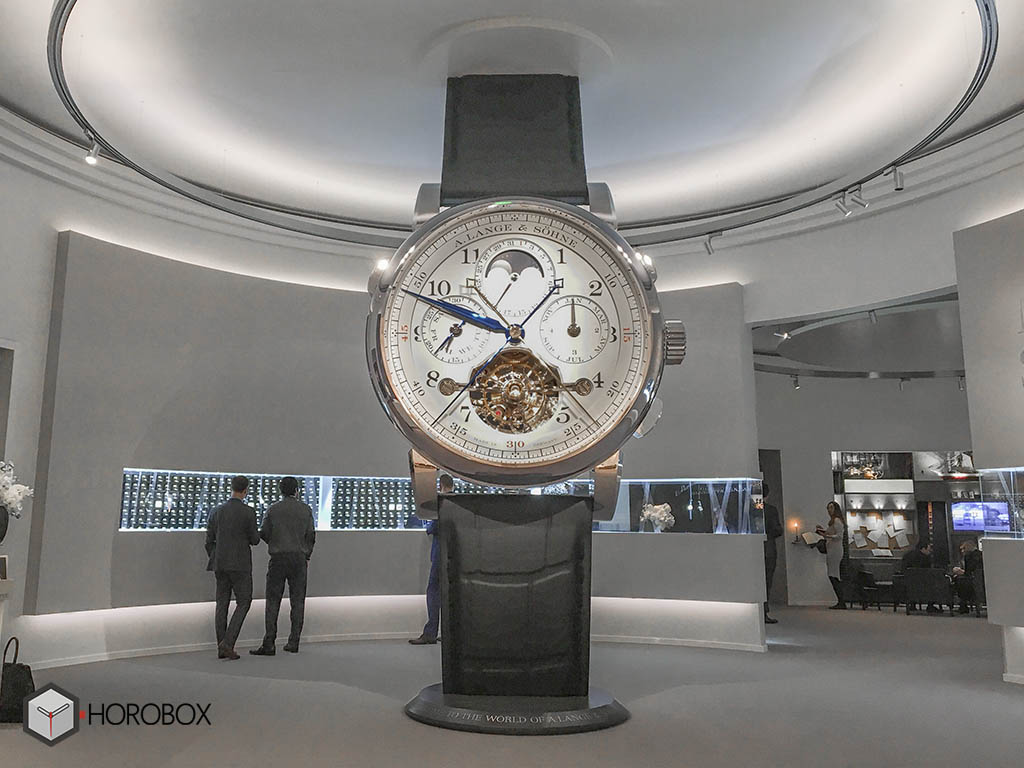 The first one in our list comes from the German origin heavy hitter of the industry, A. Lange & Söhne. When you step into the booth, the first thing you notice is a huge watch. Inspired by the “A. Lange & Söhne Tourbograph Perpetual Pour le Merite” model, the beautiful watch featured major complications like a split second chronograph, a perpetual calendar, and a chain type tourbillon escapement. 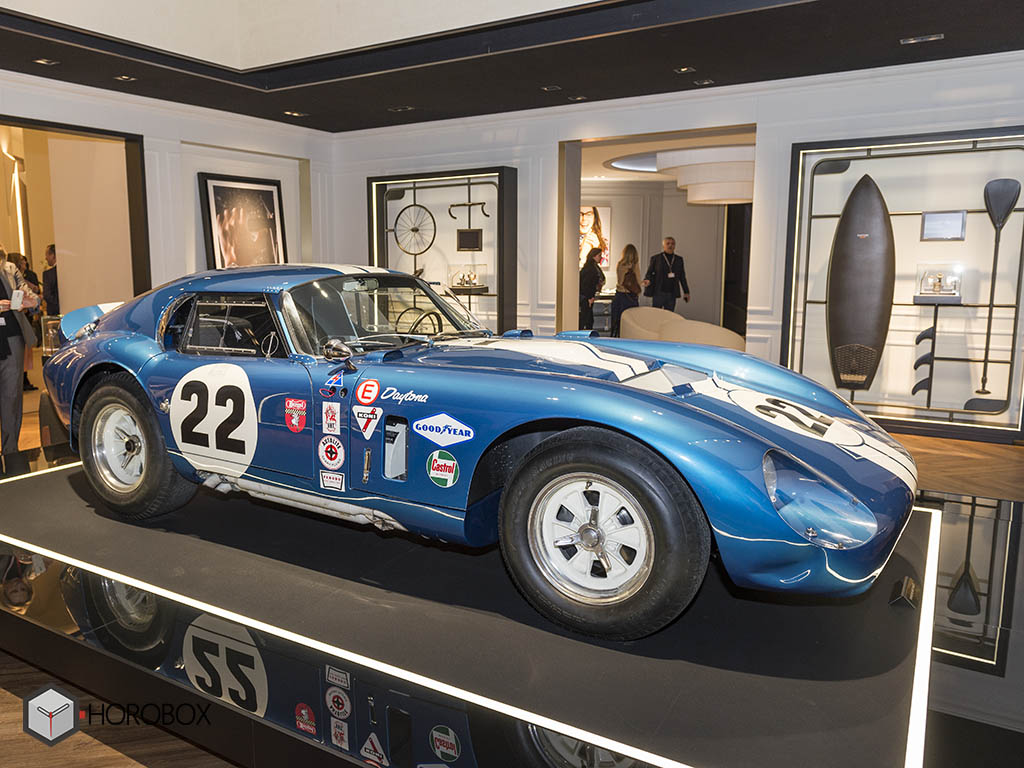 Our second favorite belongs to one of the industry’s doyen brands, Baume & Mercier. Throughout the exhibition, the brand attracted attention with its Clifton Club and Shelby Cobra models. Baume & Mercier hosted the 1964 model legendary Shelby Cobra, which inspired (and named) the model with a limited run of 196 pieces only. 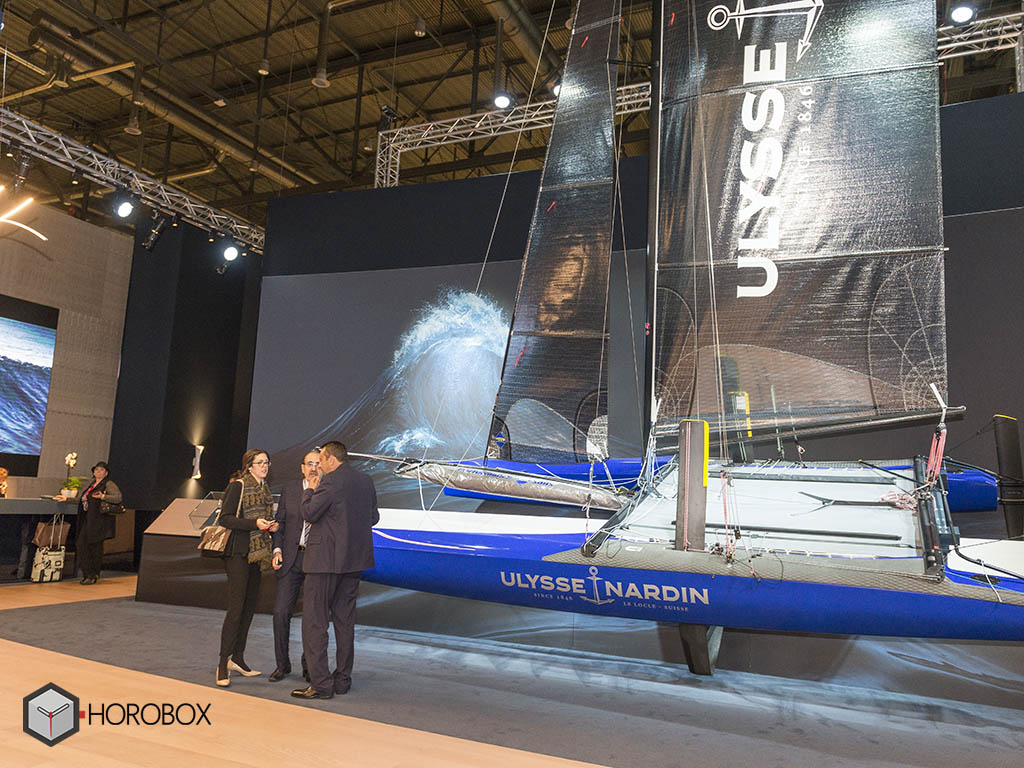 Baume & Mercier has done a nice job by bringing that special automobile to their booth, but we will not be mistaken if we say there is another brand with a great deal of exaggeration. The famous brand Ulysse Nardin welcomed its guests with mid-sized catamaran placed in the exhibition booth. The brand which was widely praised with its newest Marine Chronometer and Marine Master models, definitely deserved to enter the favorite five. 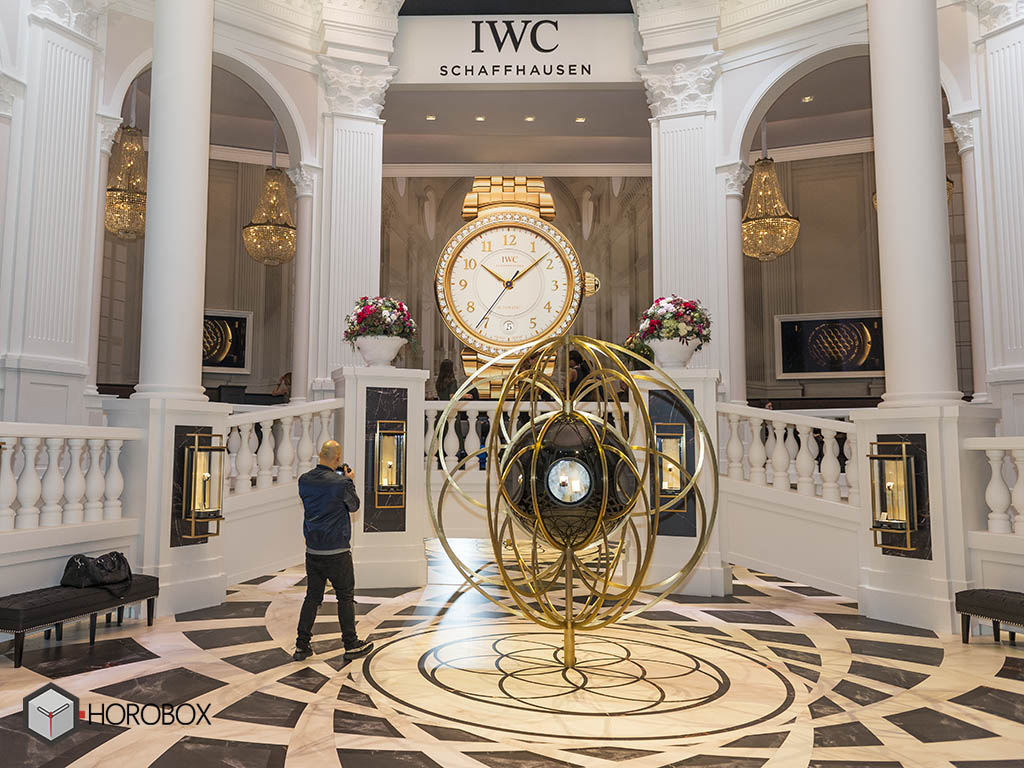 The brand IWC, which has became a cult name with its Pilot models, introduced the latest Da Vinci Collection. Besides the spectacular novelties, the brand managed to keep up spirits with its gorgeous exhibition booth as well. From the floor to the lighting, each piece has been specially prepared.  The background was decorated with a woodnote effect. 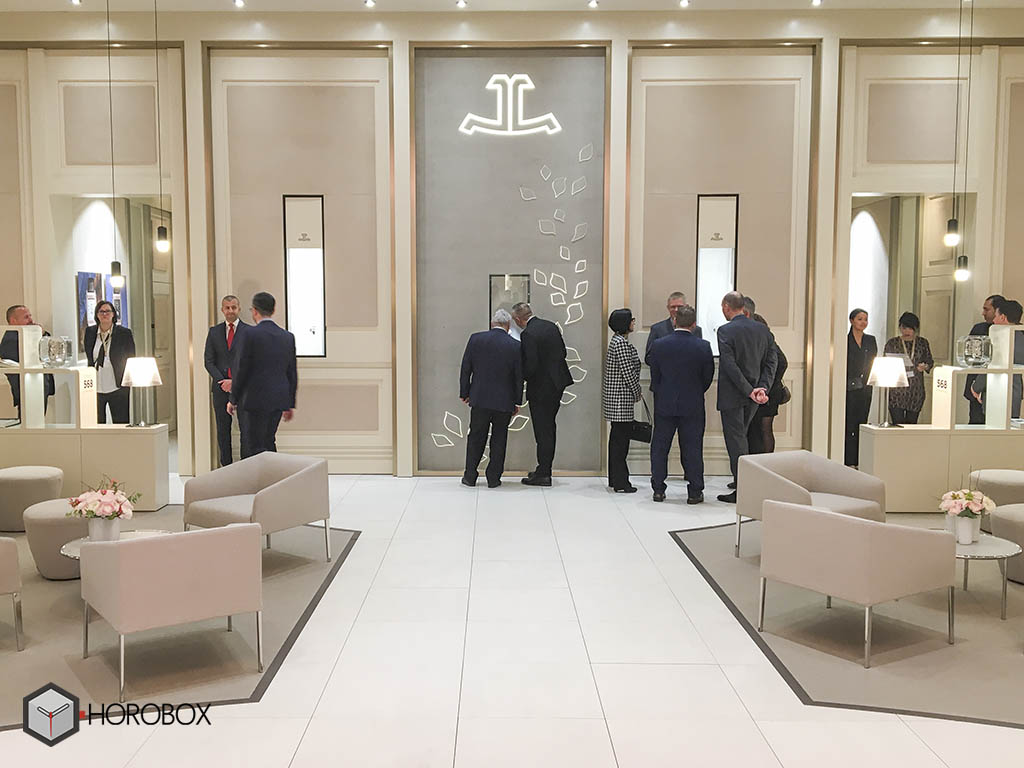 Jaeger-LeCoultre was one of the brands that carried the elegance of its models to their booth. The stand, where very special models were presented, especially attracted attention with its amazing lighting lay-out.