In 2018, the Swiss watchmaker Jaquet Droz, known for its unique designs and superior artisanship, took a path it had never been in before with the Grande Seconde Skelet-One. This year, the brand added a mono-pusher chronograph to its Grande Seconde collection, which attracted a great deal of attention. 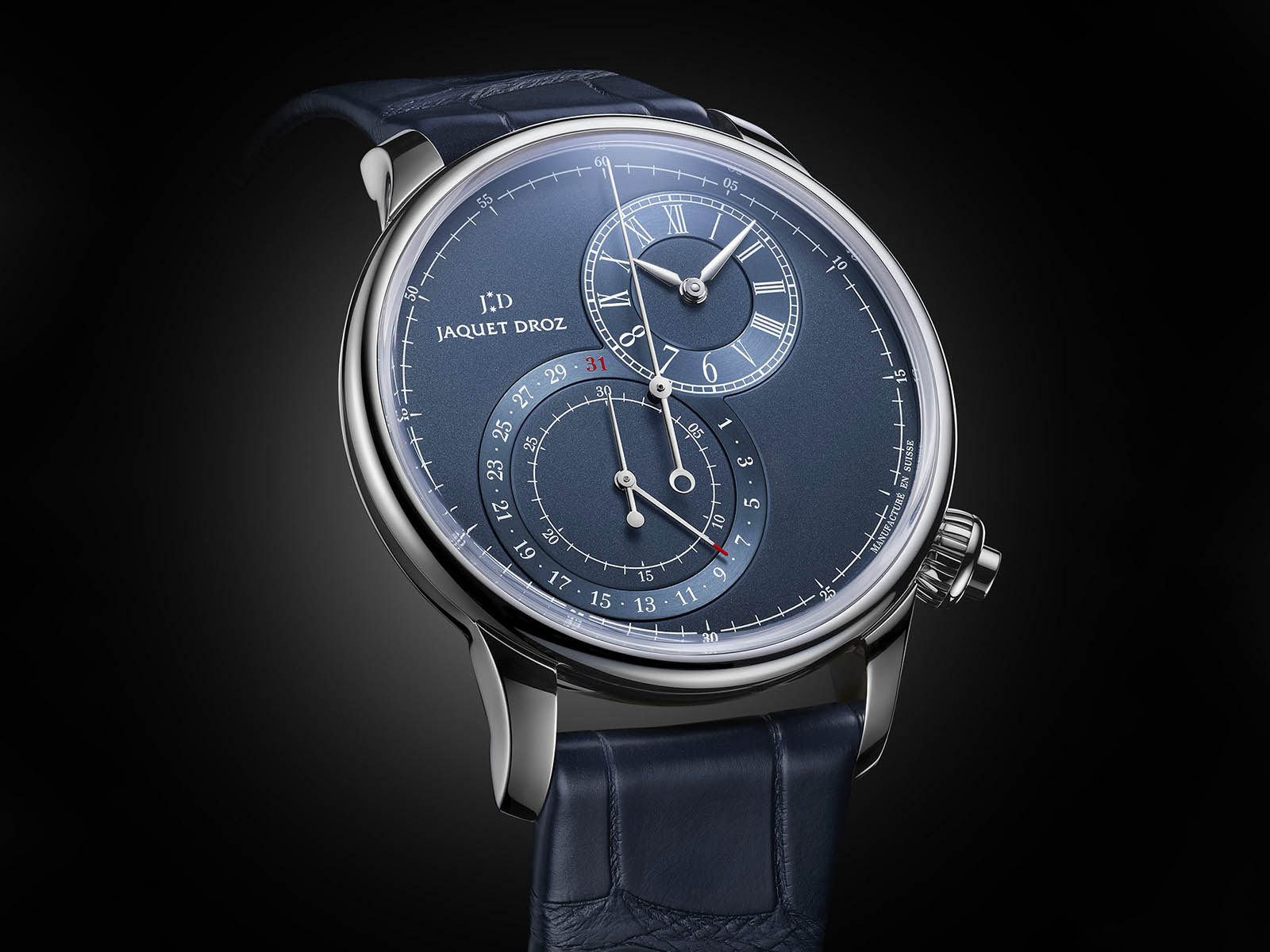 The new Jaquet Droz Grande Seconde Chronograph series consists of four models. One of these models is a limited edition to celebrate the new style of the Grande Seconde collection. Using the 8 figure layout design again in the dial, the model shows the hours and minutes with the traditional Roman numerals in the upper sub-dial, while the lower sub-dial features a chronograph display and a date window. 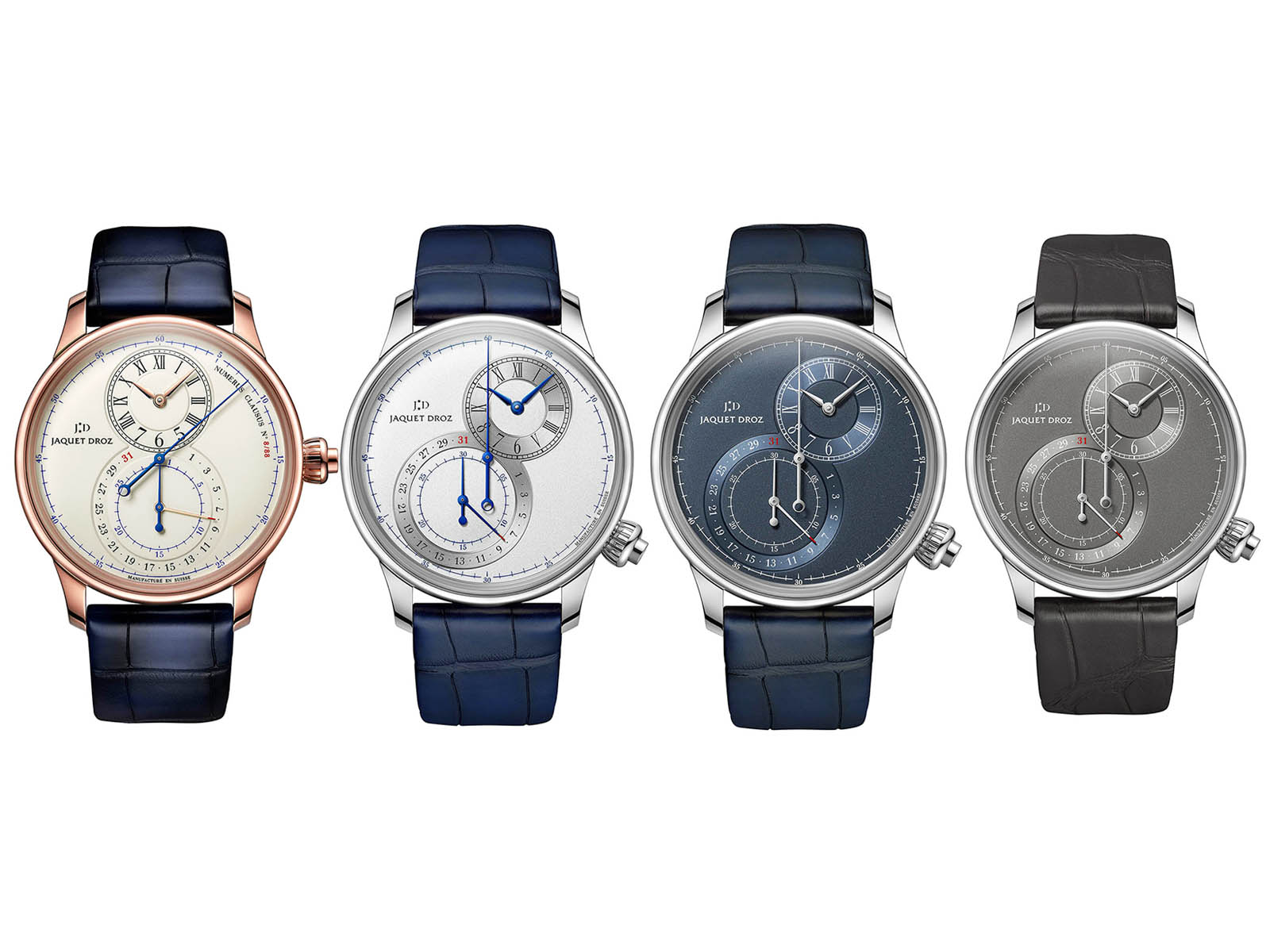 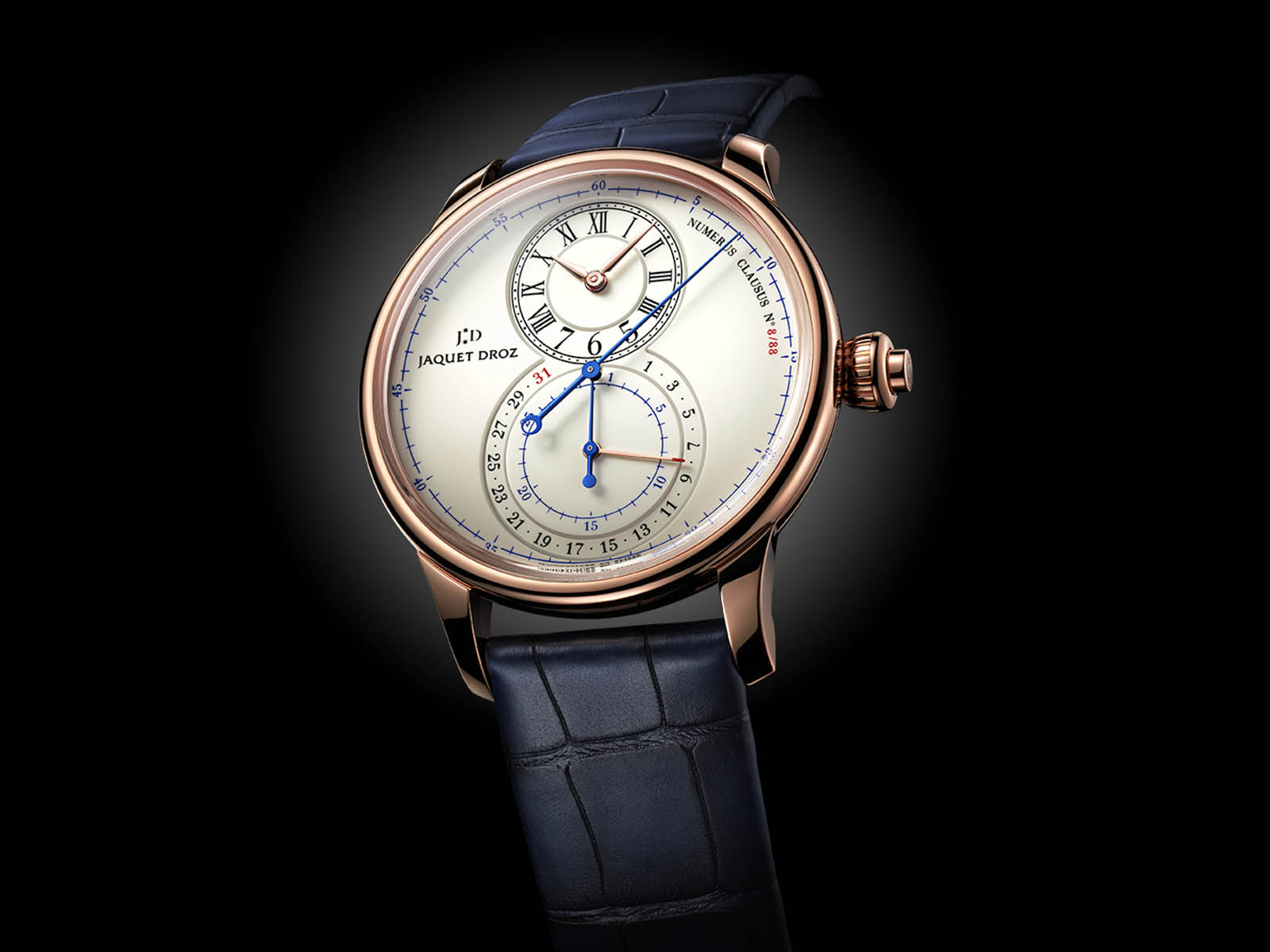 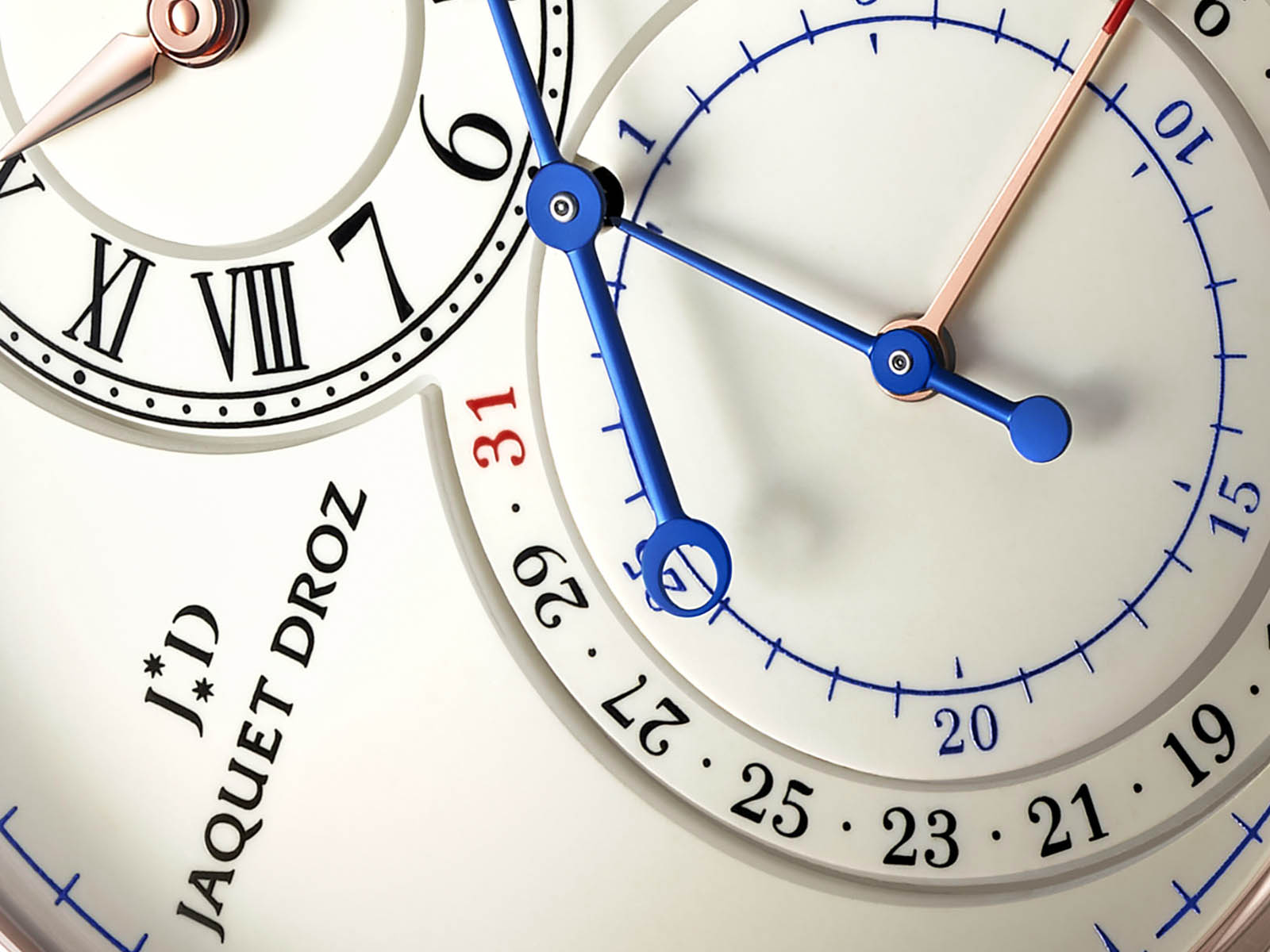 Jaquet Droz powers the new models with a new movement equipped with a silicon hairspring and a column-wheel chronograph feature in order to take the brand one step further and develop its chronograph design. 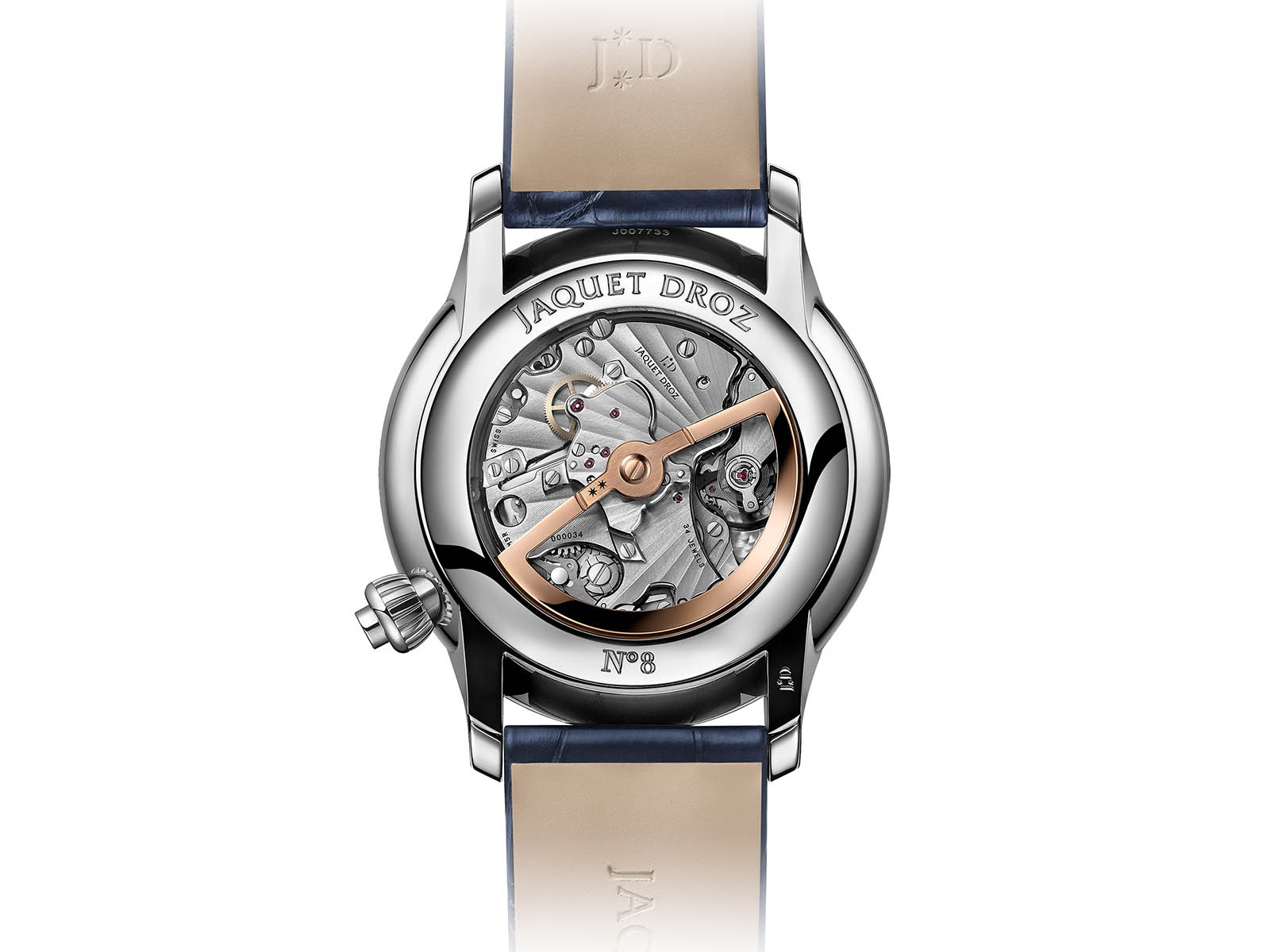 The limited version of the collection comes in a span of 88 units only with an 18K rose gold case and a Grand Feu enamel dial. It is a model inspired by Pierre Jaquet-Droz’s pocket watches. The Roman and Arabic numeral markers are produced by the Petite Feu enamel technique. The hour, minute and second hand are in rose gold while the chronograph hands are finished in a contrasting bright blue. The mono-pusher style winding crown is located at 3 o’clock. 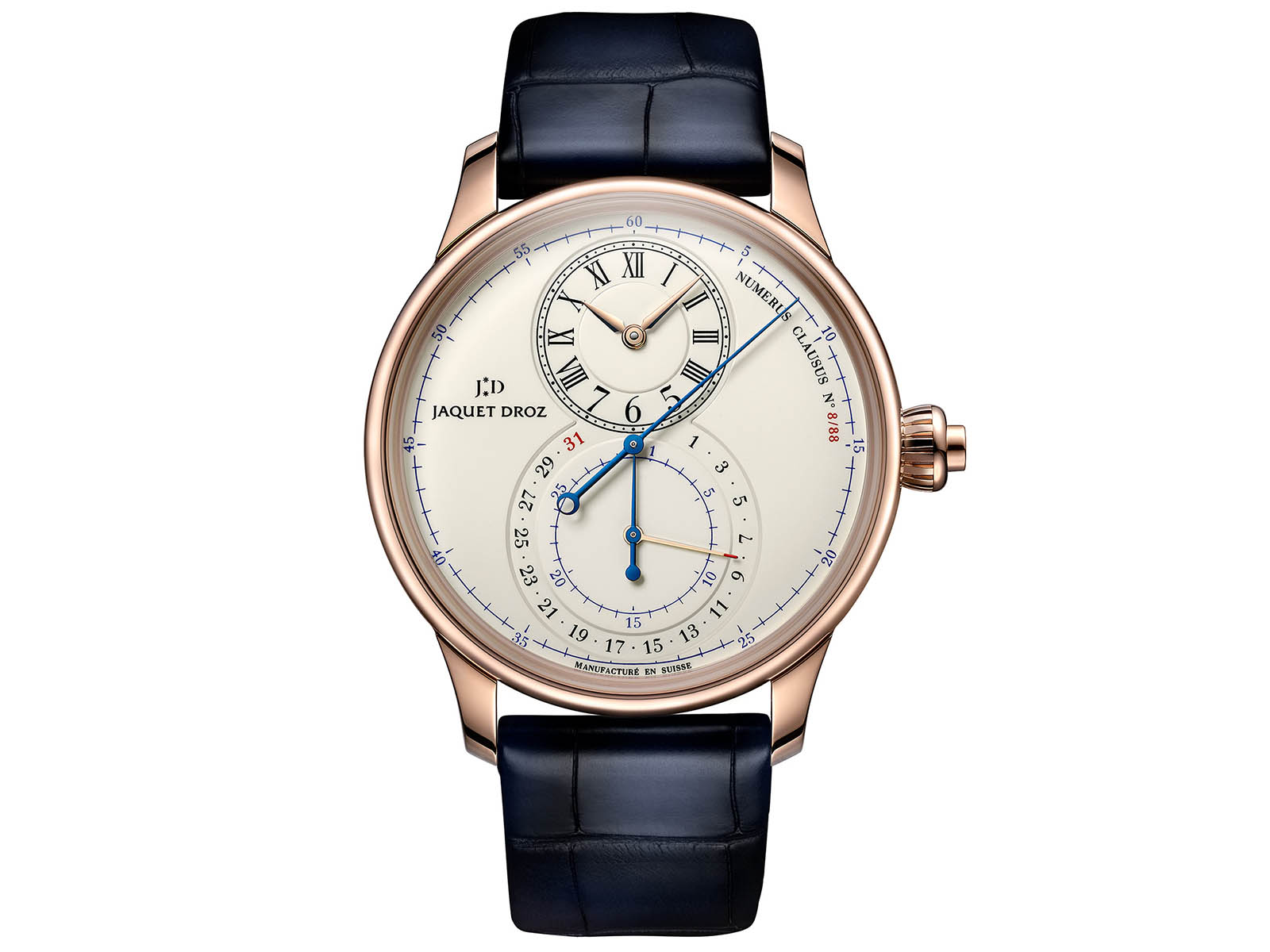 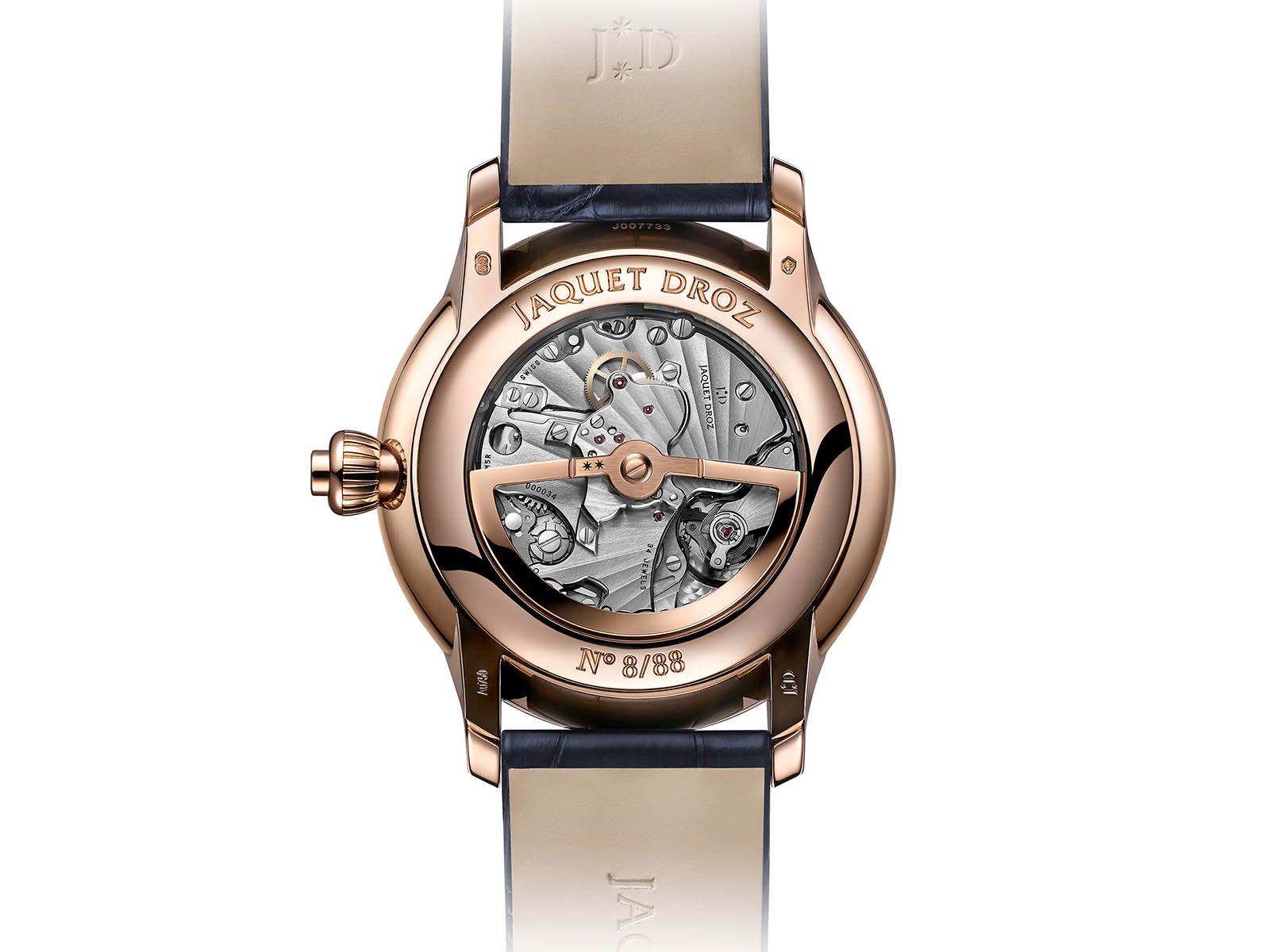 Three versions of the Grande Seconde Chronograph are available in a 43mm stainless steel case with a silver, blue or dark gray dial. Each dial is prepared by hand applied sandblasting technique. The 8 figure is used slightly off-centered in the standard editions of the chronograph set in the Grande Seconde collection. The winding crown that matches with the 8 figure’s layout is located at 4 o’clock position instead of 3 o’clock. 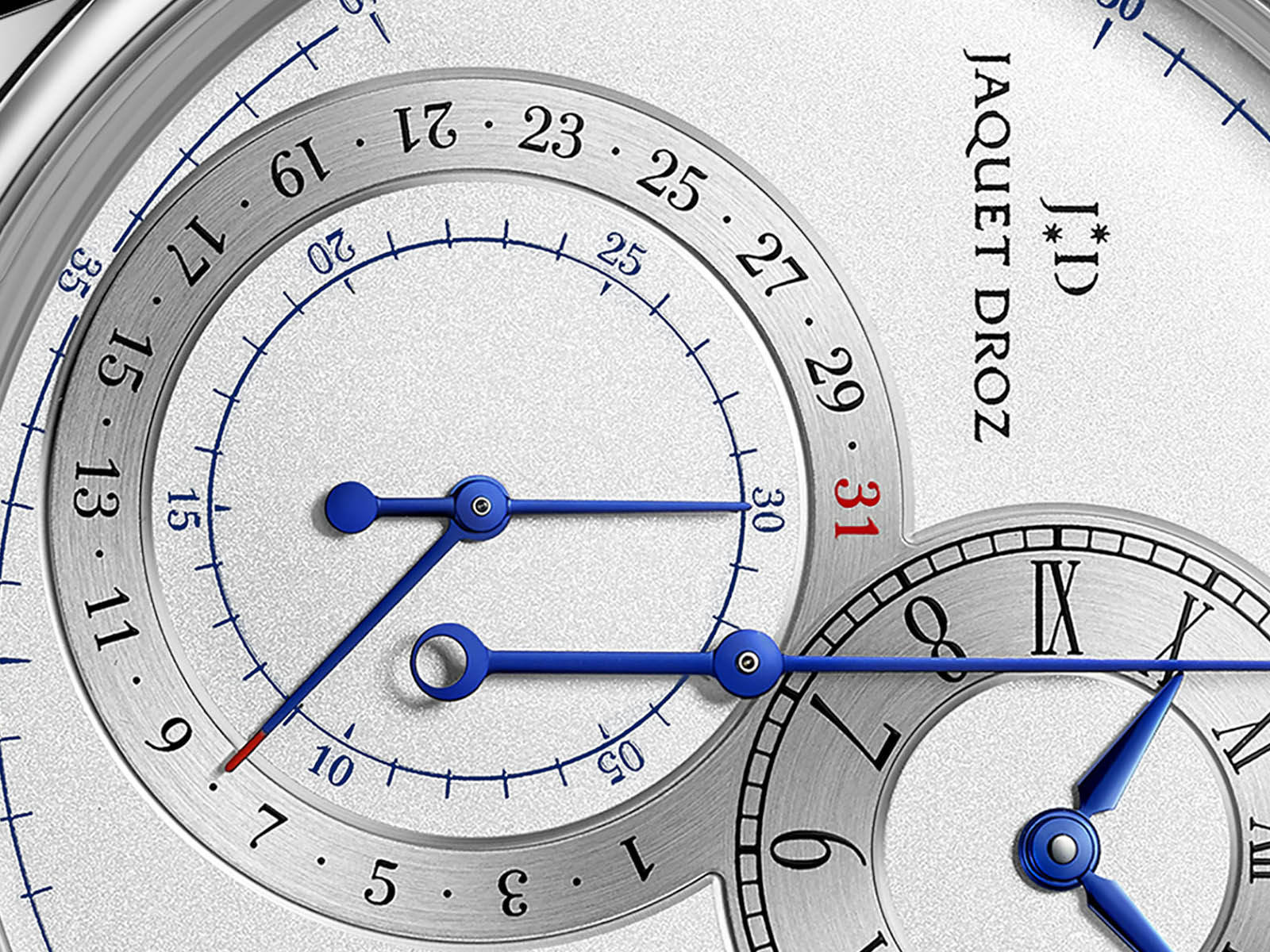 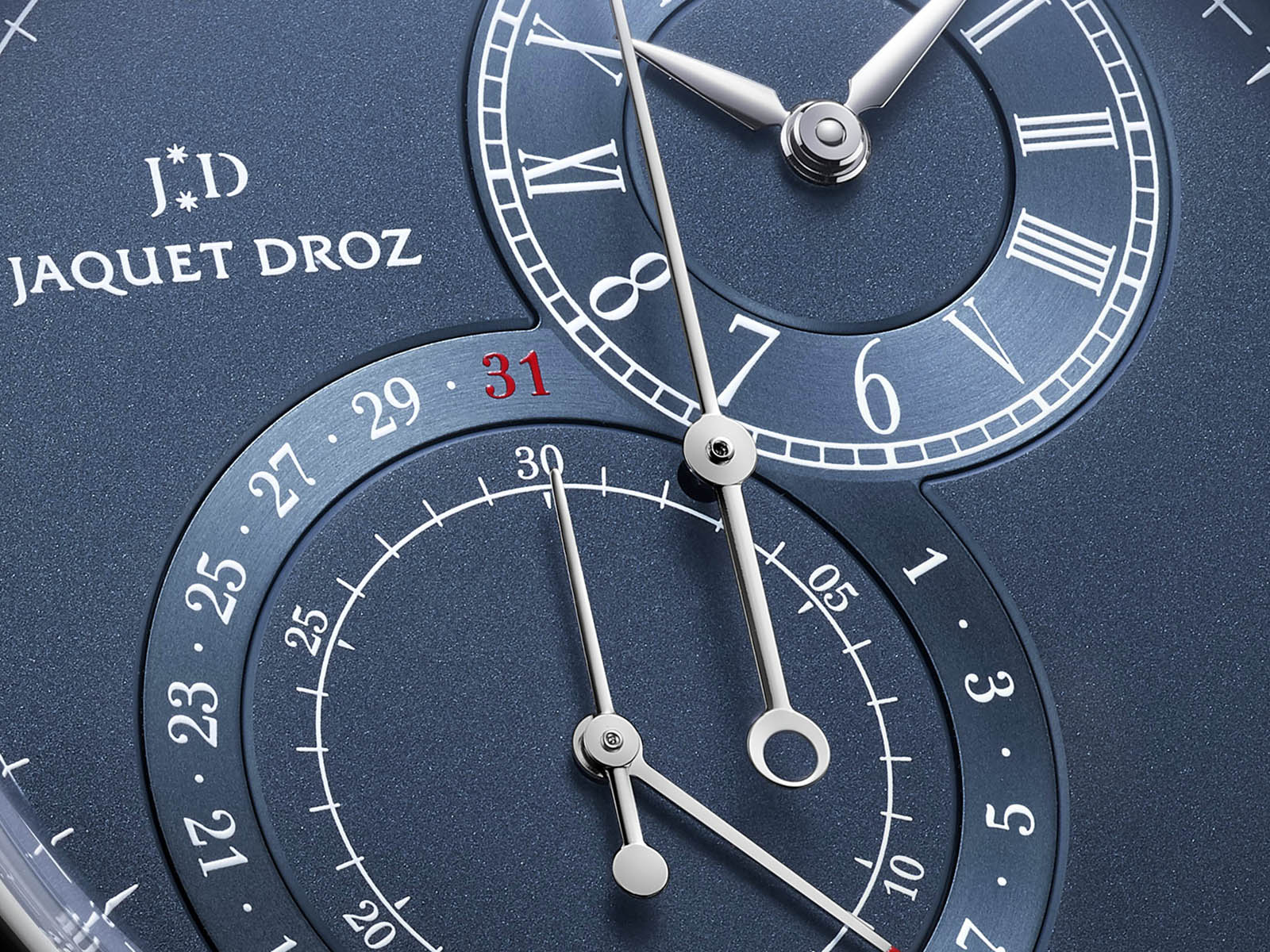