The Omega Globemaster Collection, released as one of the brand’s flagships at  Baselworld 2015, presented a new version at Baselworld this year featuring the Annual Calendar function. This once again makes the collection praised by the watch enthusiasts. Let’s take a look at the Globemaster Annual Calendar Collection while the first samples are arriving to the stores.

Omega’s Globemaster release in 2015 marked the exhibition with its both technical and visual assets. It was also the first Master Chronometer timepiece certified from Omega in-spite-of its optimum 39mm case and highly retro-inspired models. It brandishes many mutual design clues with the legendary Constellation models of the early 1950s.

The latest model added to the Globemaster Collection was the Annual Calendar version that was revealed at Baselworld 2016. The new model gained the same success with its previous version while grabbing a lot of attention with its not-so-usual calendar function indicating method. 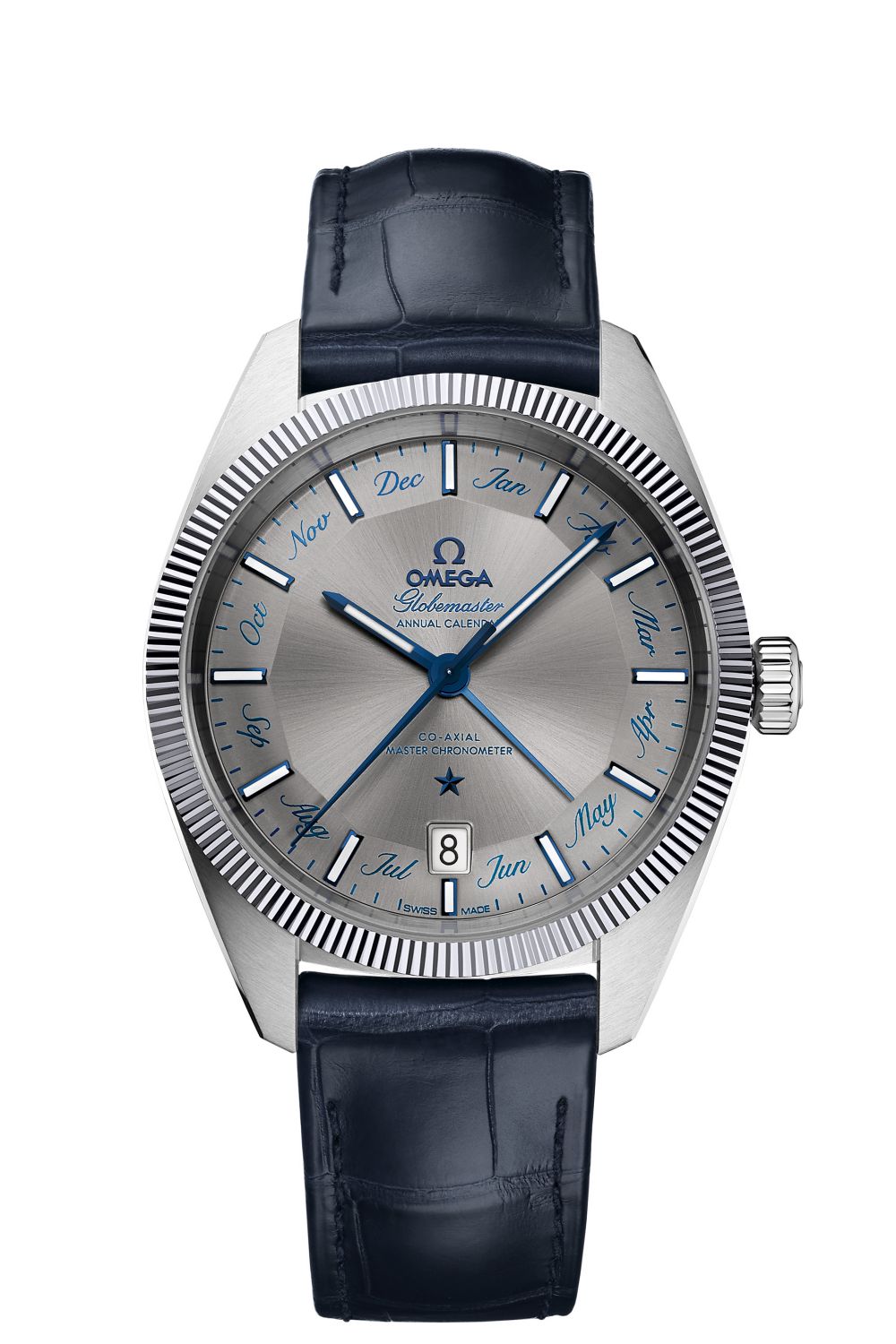 Let’s take a close look at the Annual Calendar model after six months from its release date, just when it starts to hit the stores...

The most distinctive feature of the Annual Calendar model is surely the calendar function indicating style. The Annual Calendar function, which is considered to be one of the most useful complications of all, is more than a technical feature for Omega. The main reason for that is undoubtedly the style that Omega opted for its annual calendar displaying. Instead of a conventional changing disc type indicator, Omega preferred a center mount hand designed to indicate the month written between the hour markers. As mentioned before, this indication style was highly praised by watch aficionados for its unusual looks. However, it was not a first for the industry as there were many previous models from different brands featuring the same style. H.Moser & Cie models are the first ones to be recalled... Even the modern complication Rolex Sky Dweller sports a similar system. 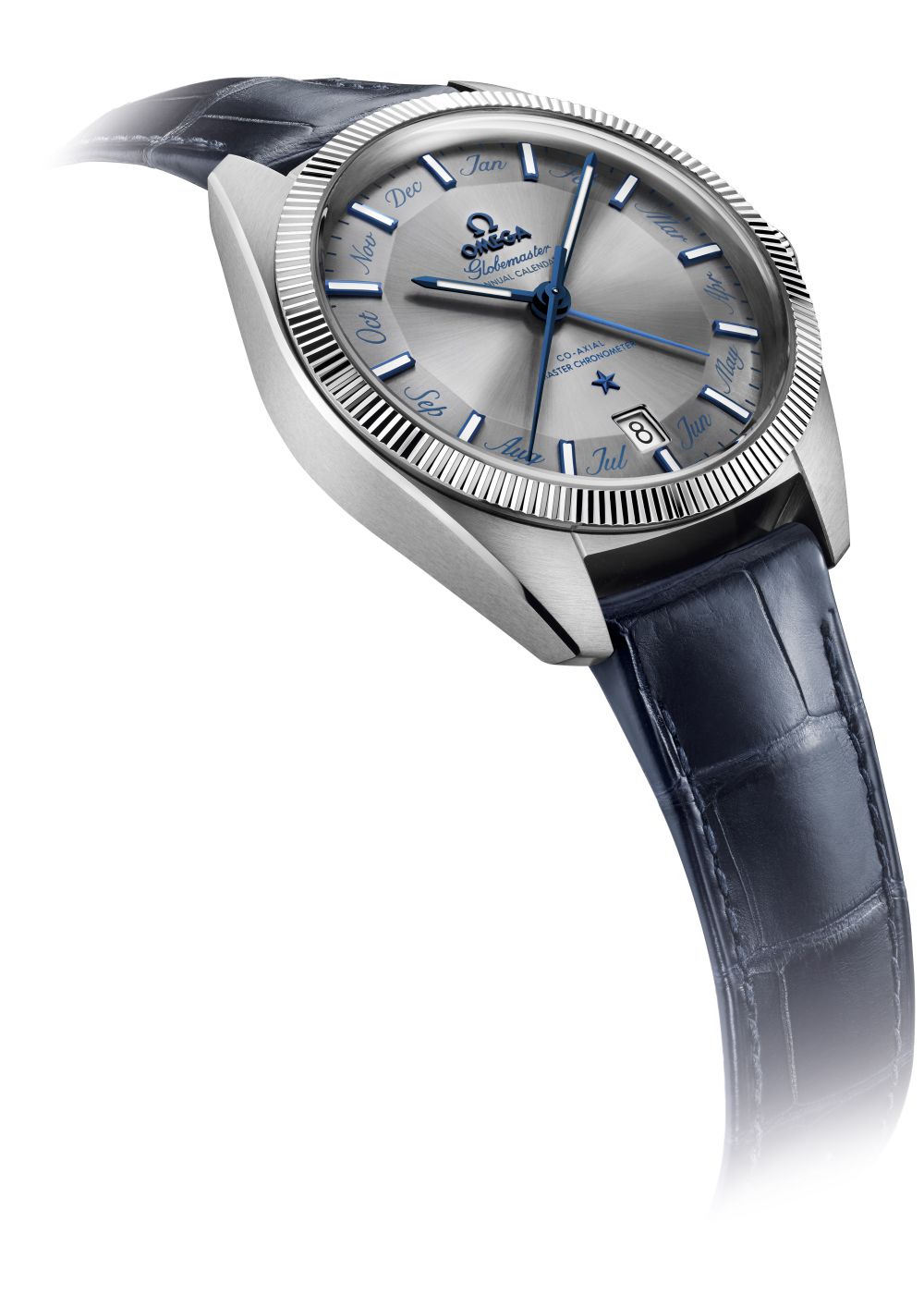 Another major update to the Globemaster Annual Calendar is the case diameter. The first version was highly praised by its relatively ideal size of 39mm.  This was considered a perfect size to fit the model’s retro/modern combined character. The 41mm diameter on the other hand, is a tad bigger for the Annual Calendar model considering the same character with the first version.  I am not sure if the 2mm upgrade is the best decision for a retro-inspired dress watch, especially considering the trend for more compact sized timepieces.  However, Rolex just released its dress watch classic, The Date-Just, in 41mm to compare some sense about the size thing. 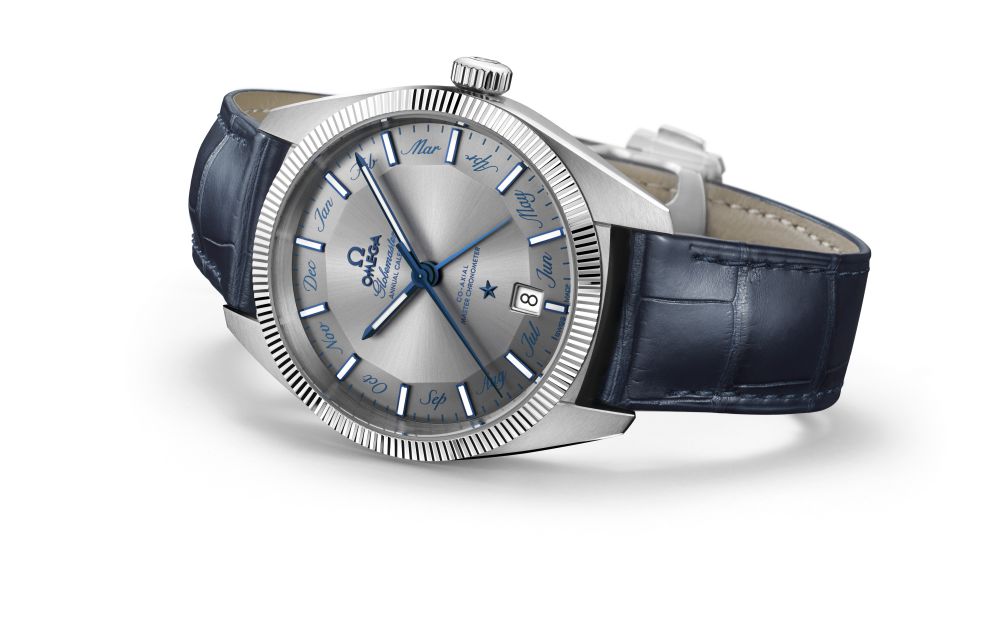 The Globemaster Annual Calendar is powered with the brand’s automatic Caliber Ref. 8922/8923. Just like the previous version of the product line, this movement is also METAS certified for higher precision and durability. 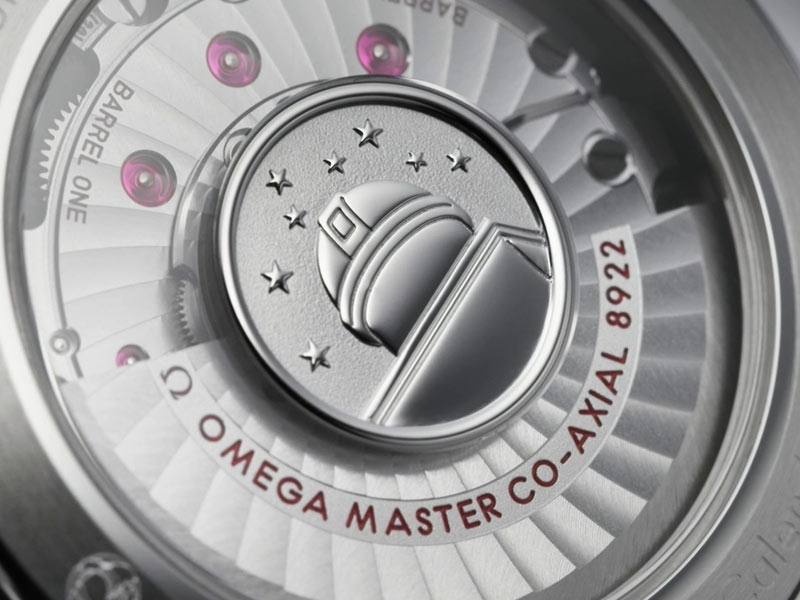 As mentioned earlier, the Globemaster Collection bears a great importance for Omega in terms of aesthetics and technology. From its Pie-Pan style dial cleverly taken out from the great heritage of the brand, to the METAS certification which re-defines the industrial standards, the Globemaster Annual Calendar definitely deserves to be seen in person. It may be your best option if you are looking for a sport/smart casual watch. 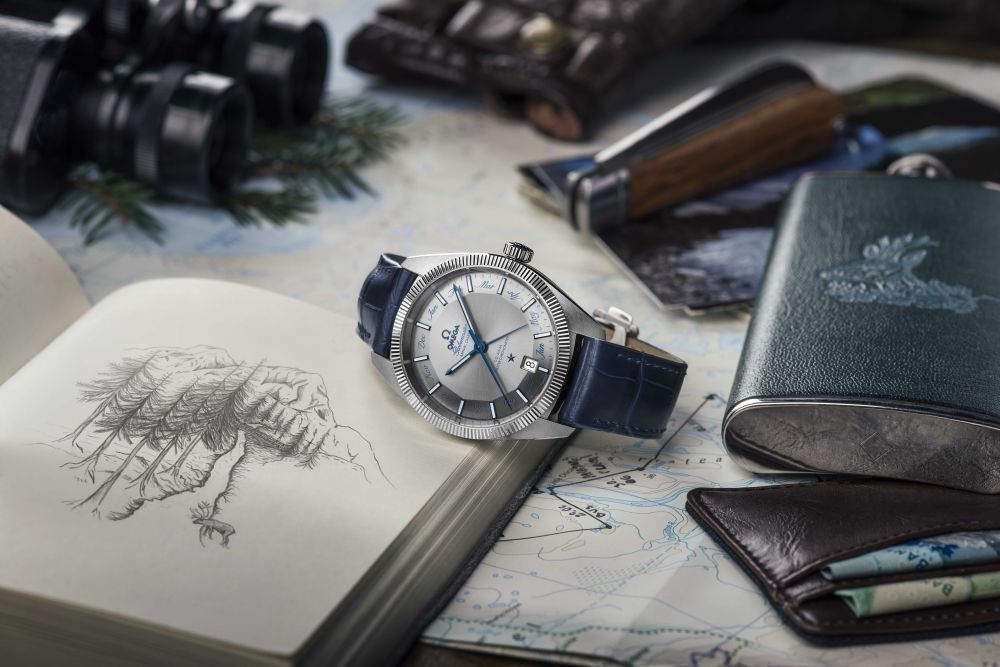