The Lange 1 model, which has been in the collection since the well-established Saxonian brand’s reborn in 1990, shows up with its blue dial which the favorite dial color of recent years. 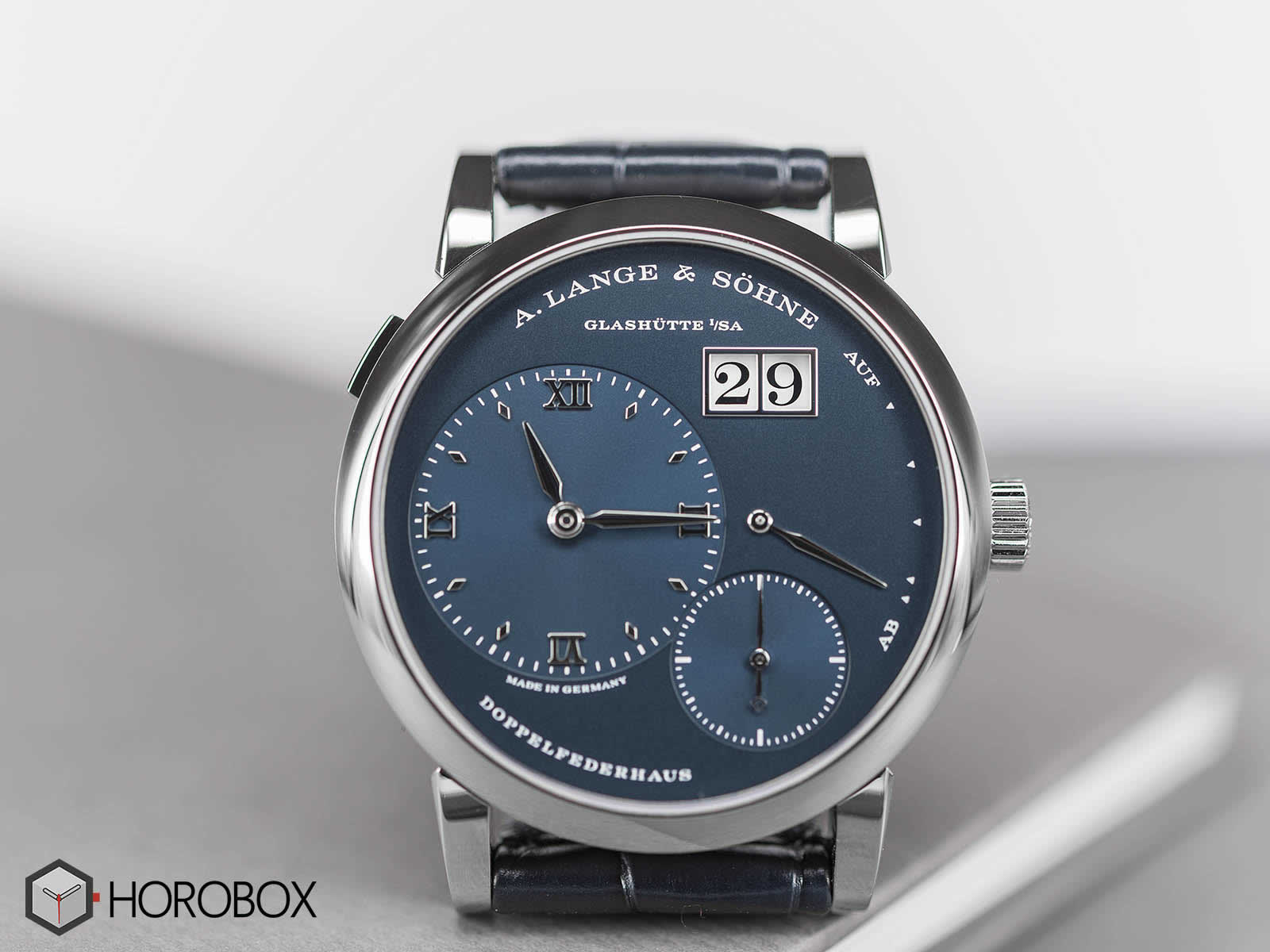 Walter Lange, who took the steps of the brand’s rebirth with the collapse of the Berlin Wall, proved that the mechanical watches could exist outside of Switzerland in such a short time of four years. Like most of his colleagues, the great master who refused to spend his 60s as a retiree and became the name that made Glashütte arbiter in the world of horology again.

Regretfully, Walter Lange, who had his name written in letters of gold in the world of watches, passed away in January 2017. 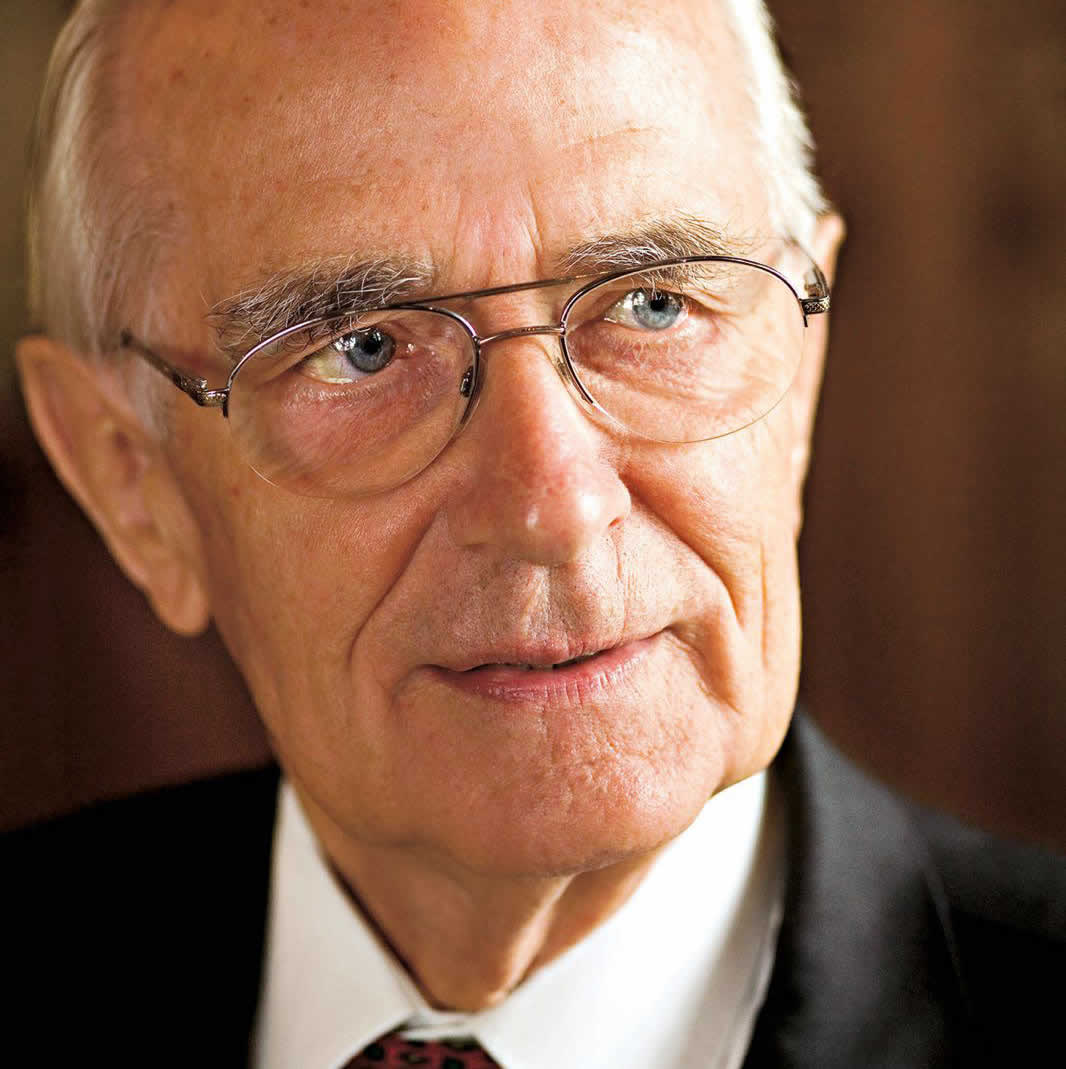 One of the indispensable models of the brand, Lange 1 continues to maintain its 38.5 millimeter diameter since its first production. The model, which has been in the collection for 20 years without major changes, had a serious update in 2015 as the watch enthusiasts will remember. Cosmetically, the model showed up with a slightly thinner bezel. However, the major update was the movement inside it. The new Caliber Ref. L121.2, with a power reserve of 72 hours, had significant differences when compared to its predecessor. The most remarkable one of all for us the fellow watch lovers was the big date indicator which had the quick-change feature. The big date display, a signature detail for A. Lange & Söhne, was upgraded with a quick-change feature that allows the indicator to move forward in a snap at 00:00 with the energy accumulated during the day. 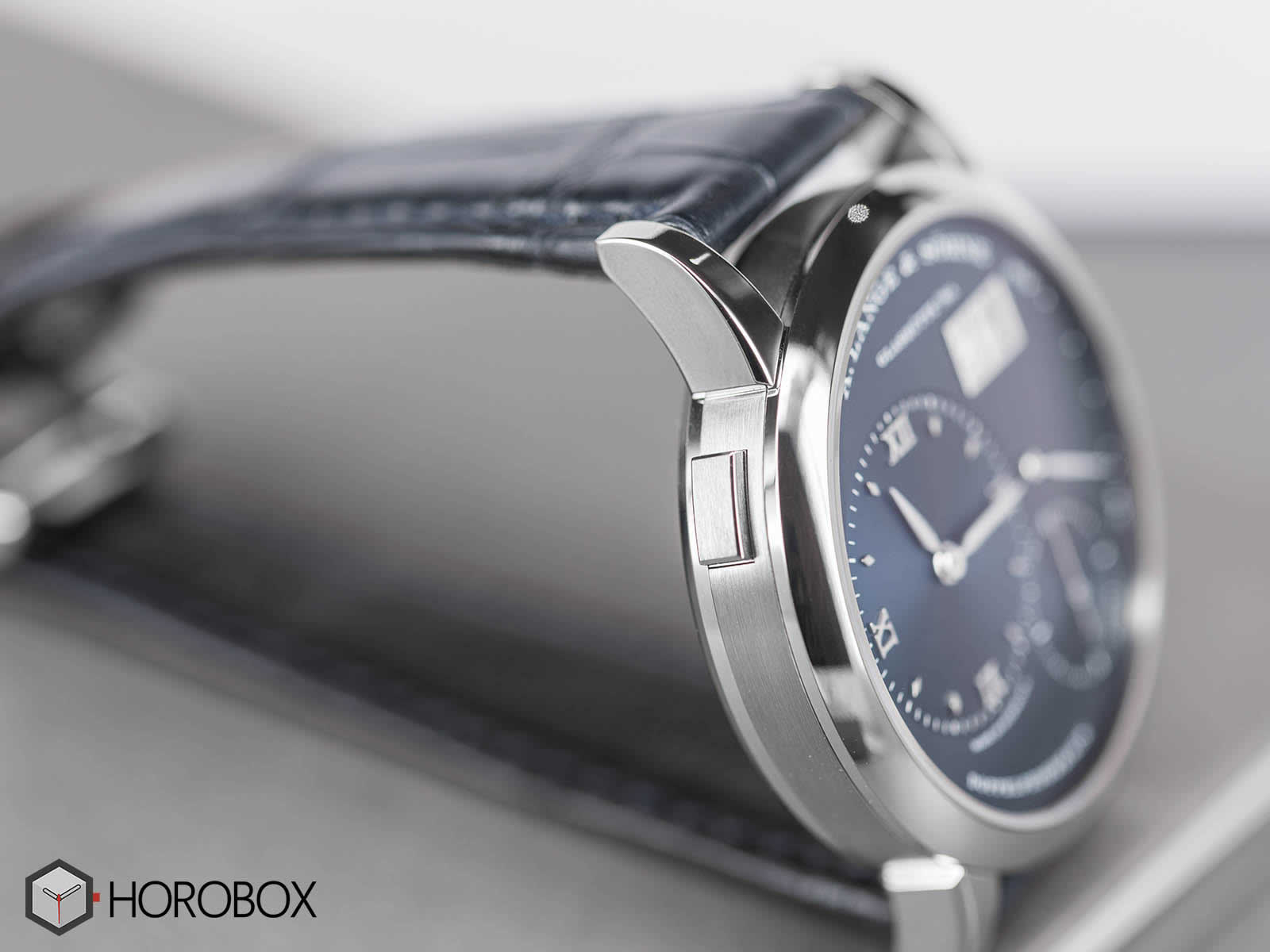 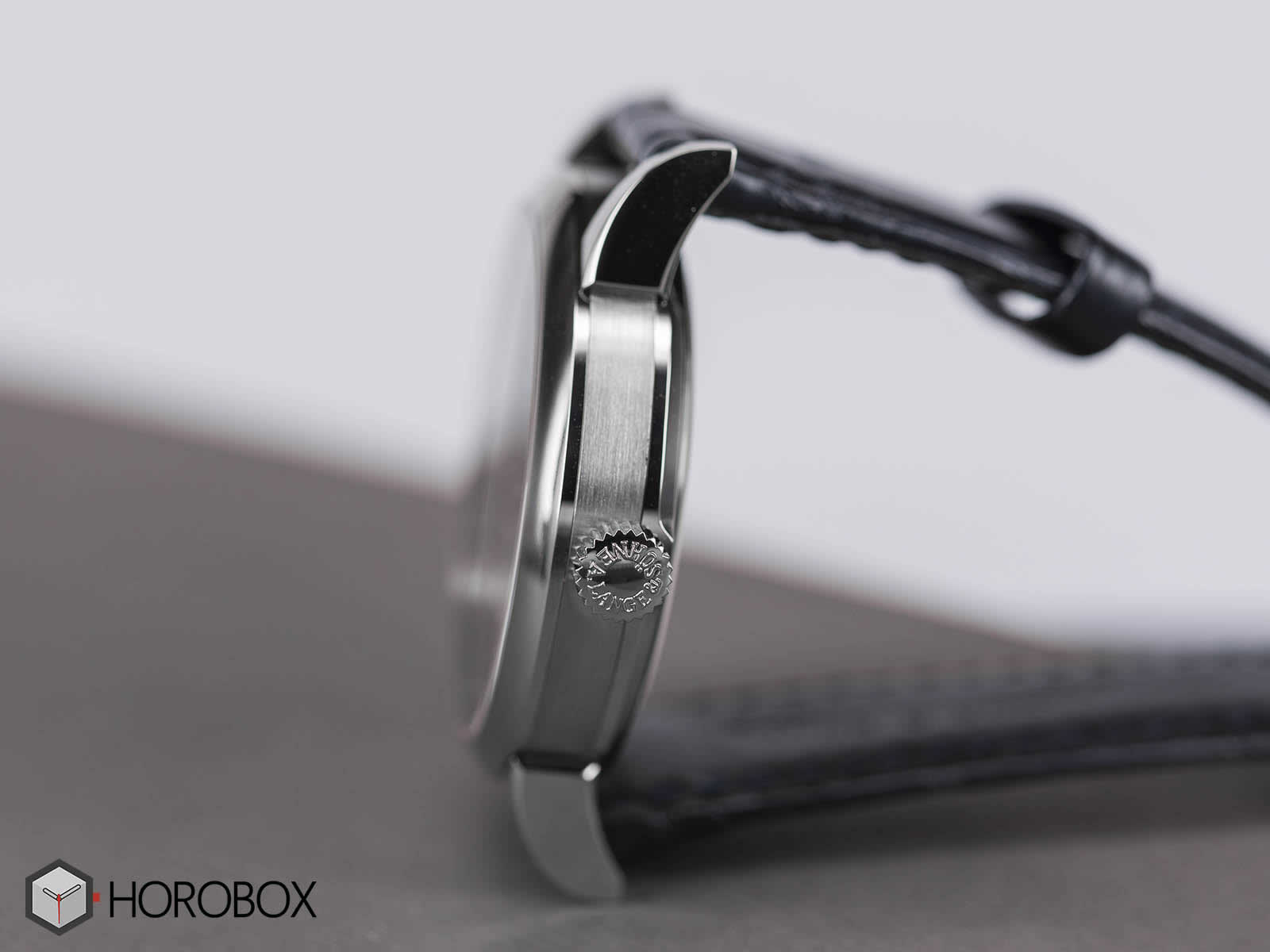 When you look at the ALS models, it’s possible to say that they are all dress-type oriented timepieces. The perfect craftsmanship, precious materials used in the case, dial lay-out and comfortable leather straps make the brand an indispensable member of its segment. 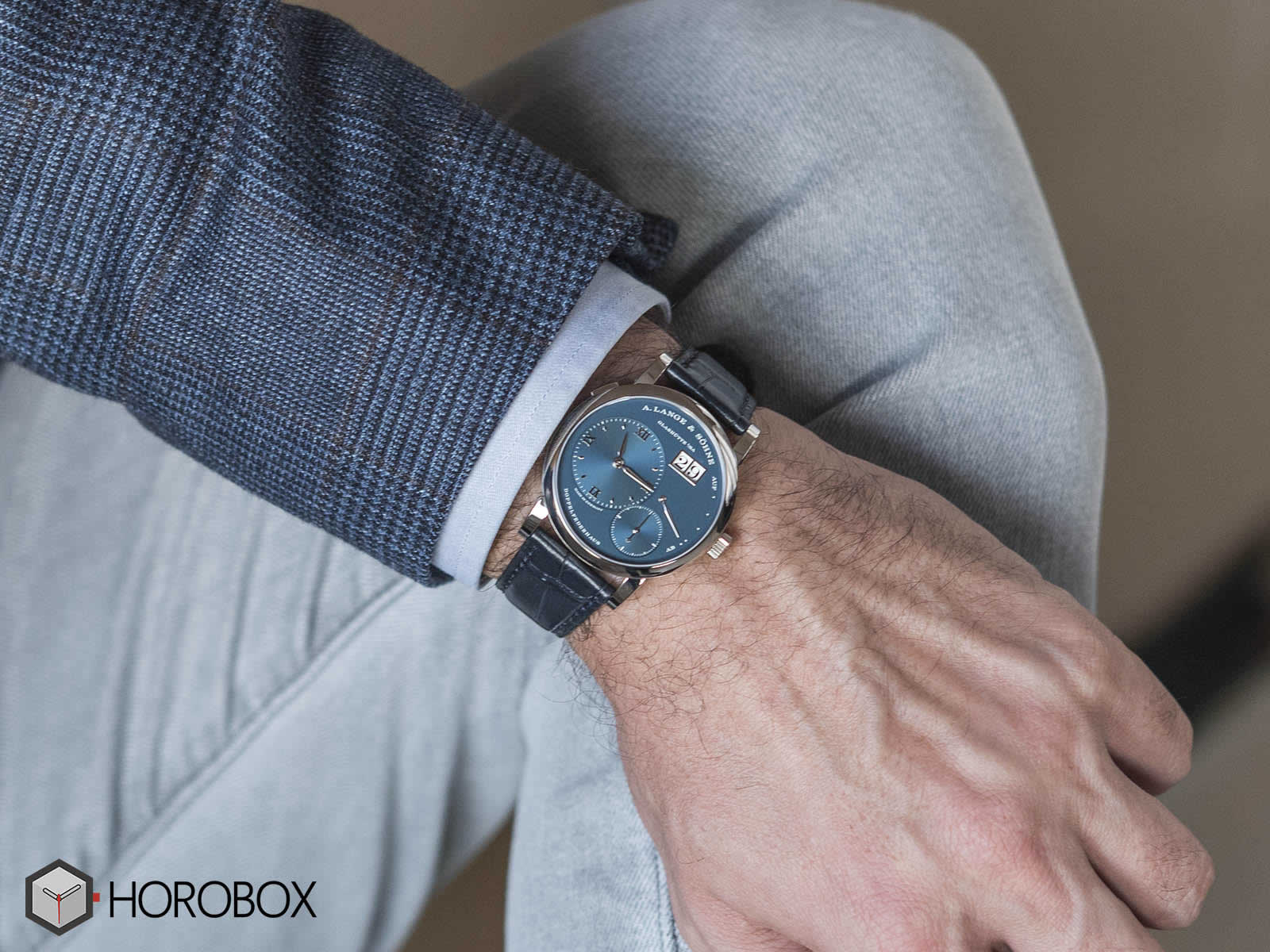 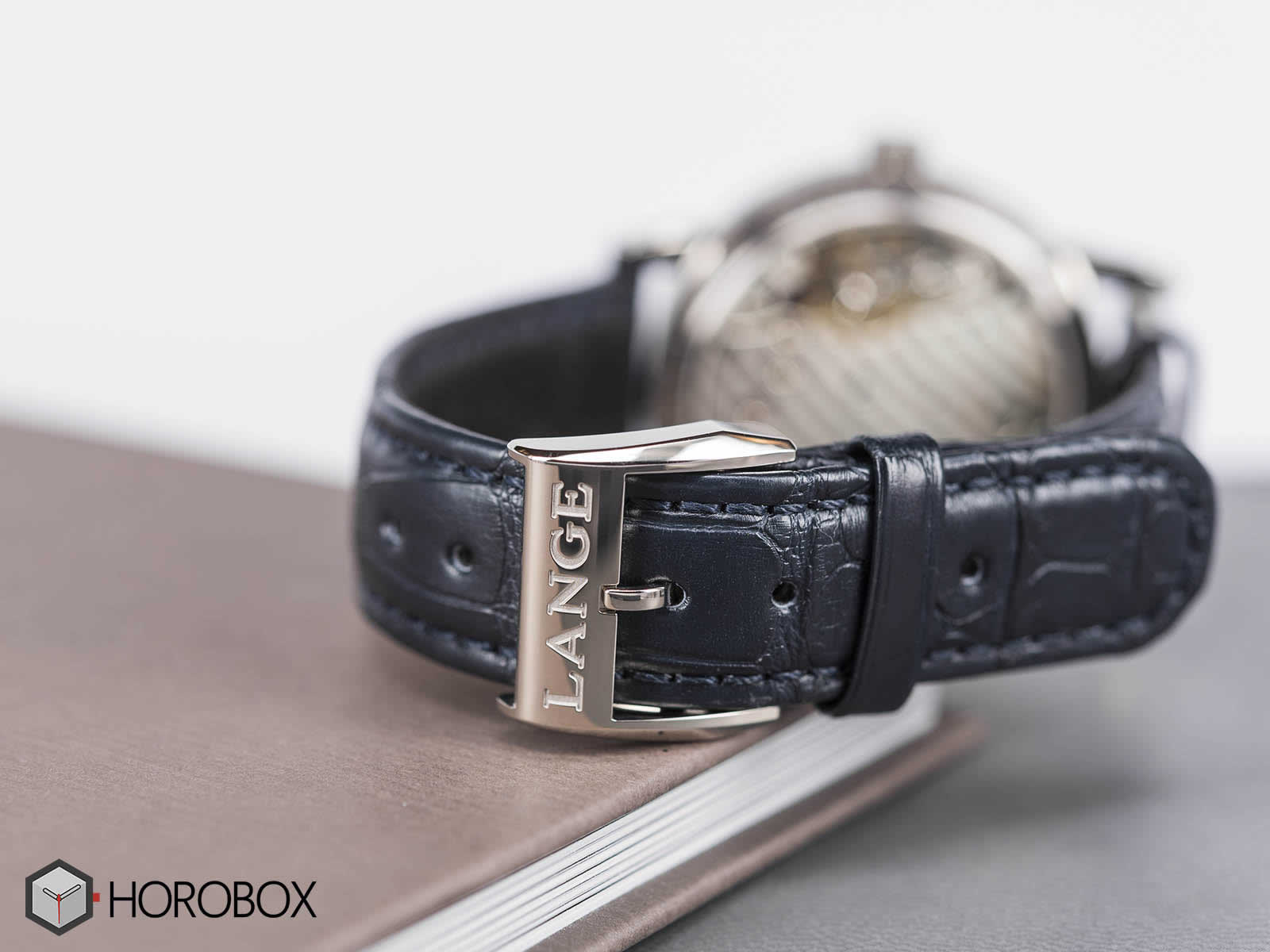 We can say that the A. Lange & Söhne - Lange 1 Blue Dial (Ref.191.028), which was revealed in last September as a member of four different novelties with blue dials, attained a sporty appearance thanks to the thinner bezel. The asymmetrical look of the dial allows you to notice the Lange 1 even from far distances. The sub-dial that is used to read the time is placed closer to 9 o’clock position and it is accompanied by the small second hand located at 5 o’clock.  At the first glance, it seems like a visual design difference only however, placing the hour and the minute hand away from the center is not an easy task in mechanical watchmaking. Whole gear-train needs to be re-arranged which is a fact that can be observed by looking at the locations of the jewels at the photos. 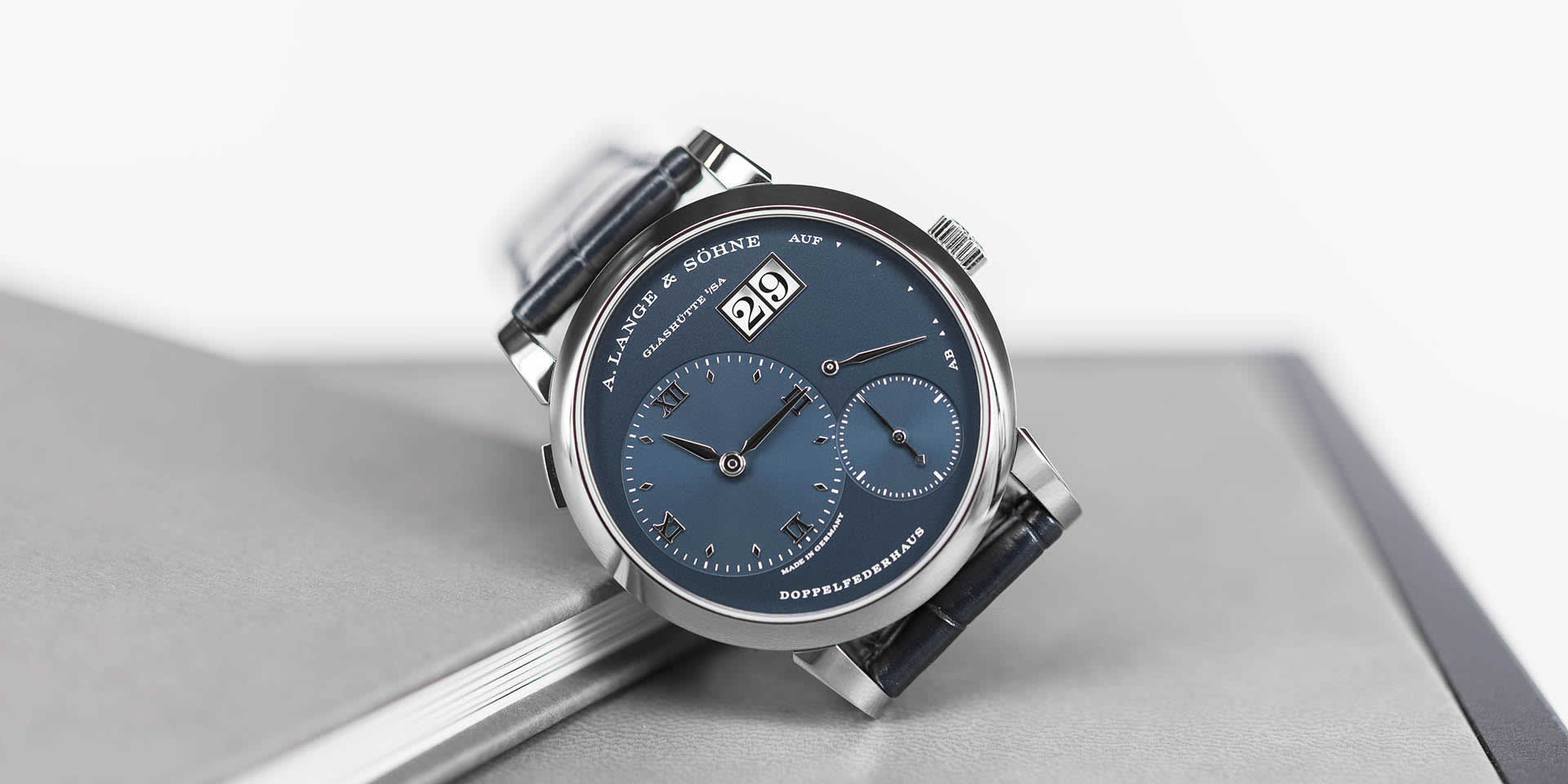 The model’s 72-hour power reserve can be followed from the big indicator on the dial. In addition to the power reserve indicator that I have repeatedly pointed out how important it is for hand-wound movements, there is one more important detail that comes out of ALS’s superior technology. The small seconds are always stops at 0 position when the power reserve of the movement is totally depleted. Those who like to be accurate can easily adjust their watches in synch with an outer source. 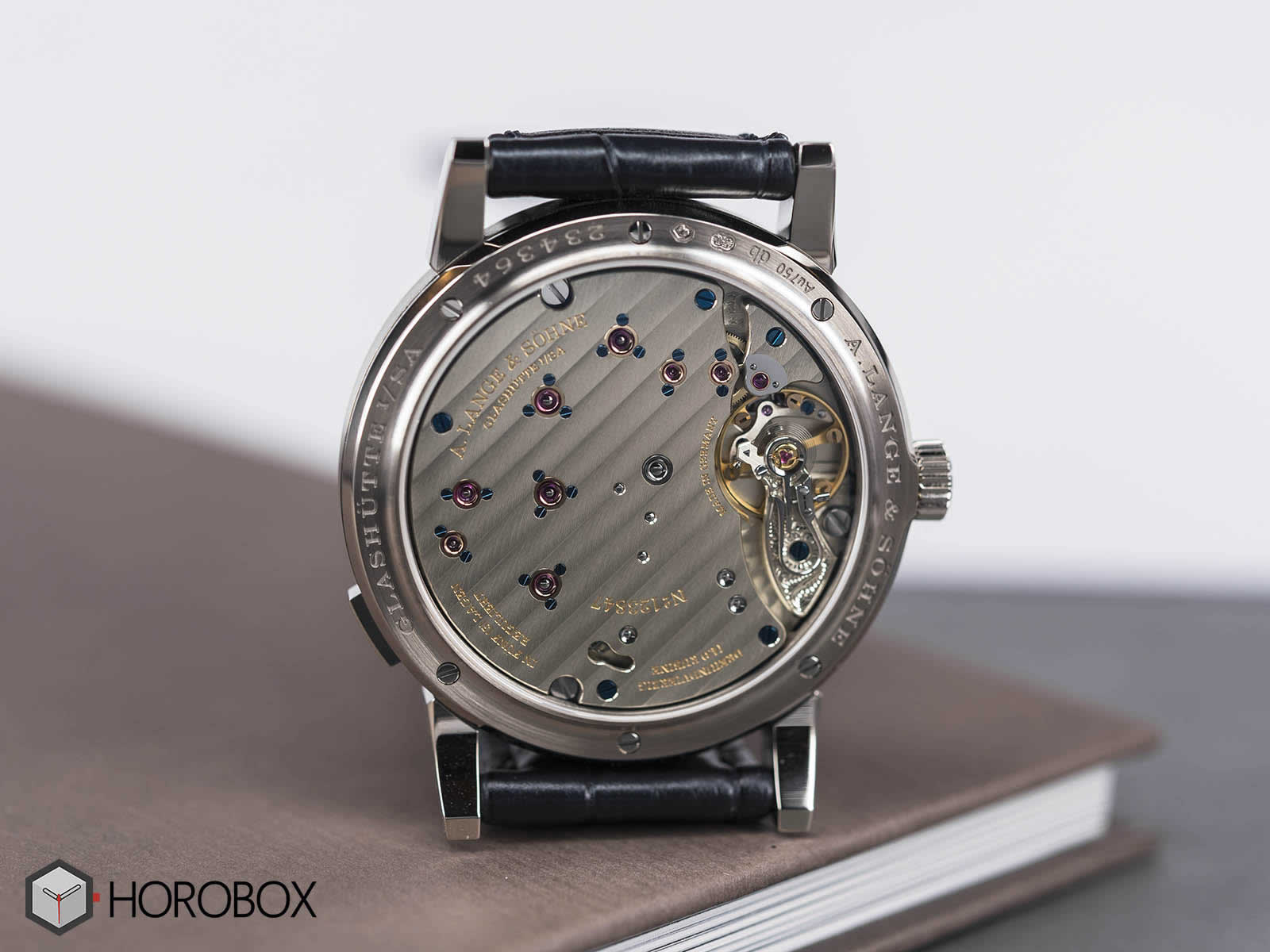 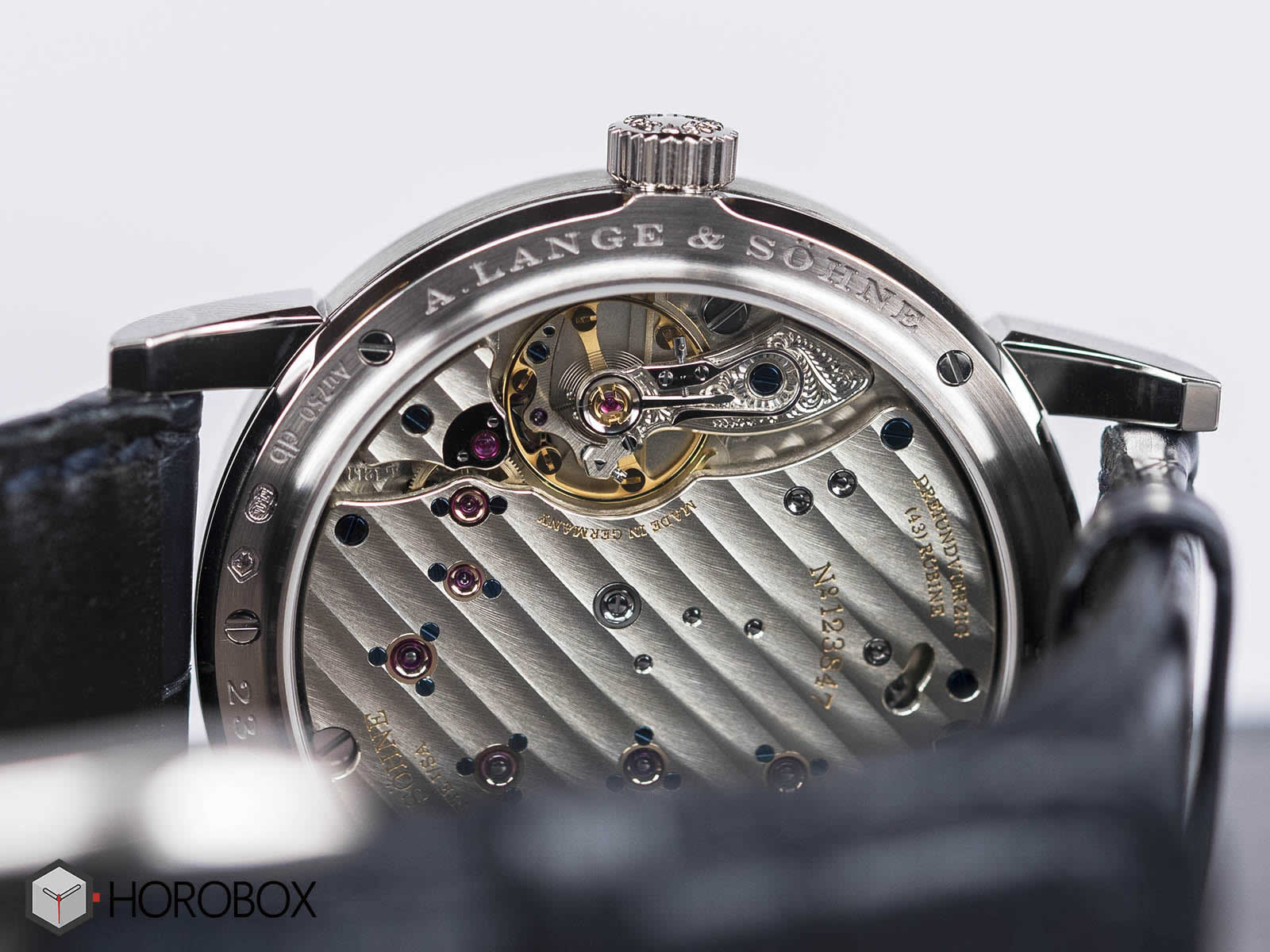 The blue of the dial is not a tone that we have seen so often in the industry. The most important details that make me think that the watch looks sporty are the dial color and its harmony with the 18K white gold case.

Despite being a signature detail for the collection, the big date display is also a matter of many discussions not only for the Lange 1 model but all ALS timepieces with this complication. I have been in some of them full of lovers and haters of that function and none of them ended up with a result of one’s favor as it was all about personal preferences. On the other, it is obvious that both the brand and its loyal fans are happy about it as ALS keeps upgrading this feature. 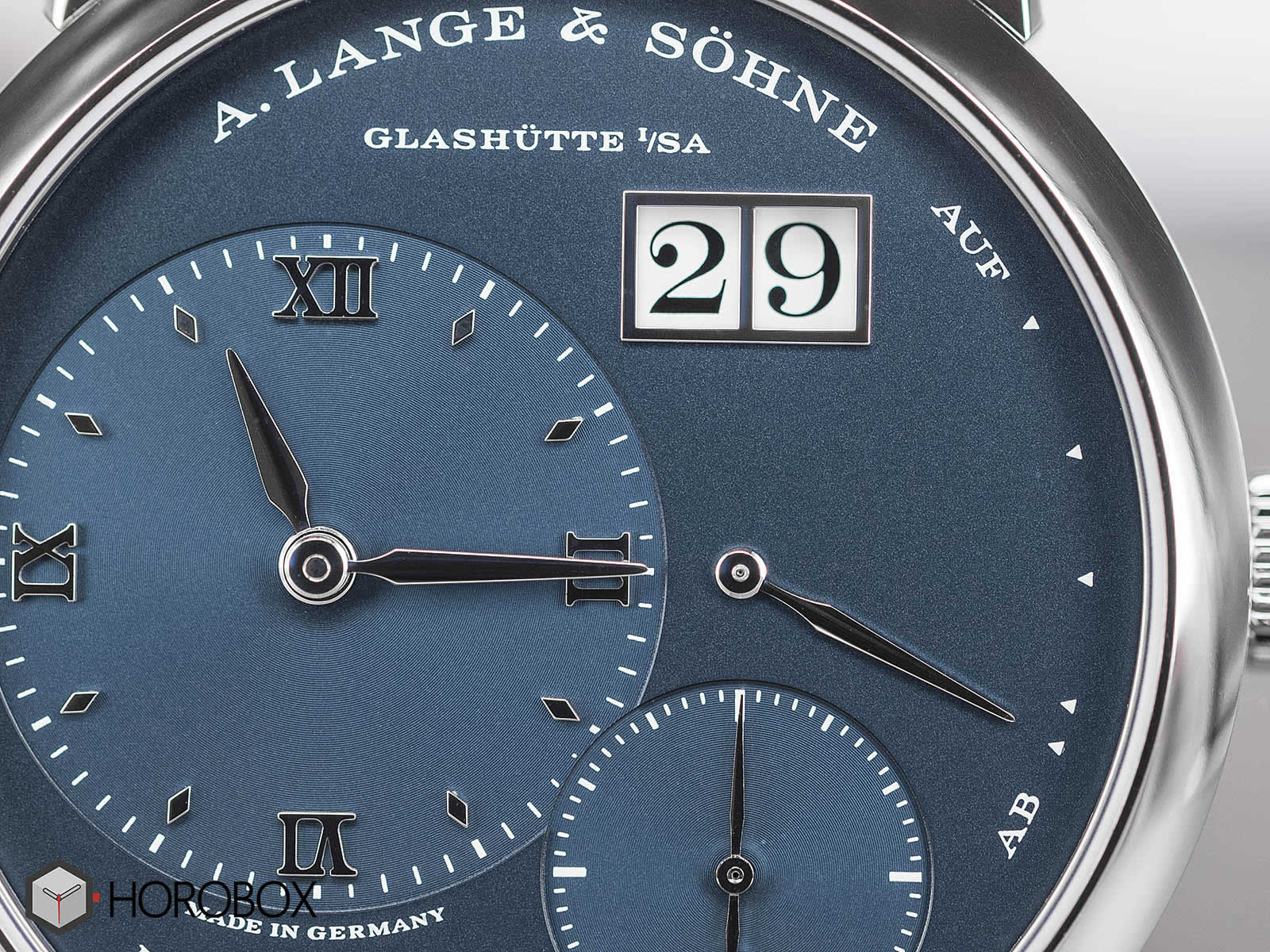 In the meantime, another controversy about this feature is about the first window of the date display as whether it should show a blank disc or one with a 0 (zero) symbol. Have you noticed that before?  Do you think the first digits of the date display are blank or show a 0 in up to date ALS models? This detail, which many of you probably do not pay attention to, keeps on being an endless debate among loyal ALS fans. 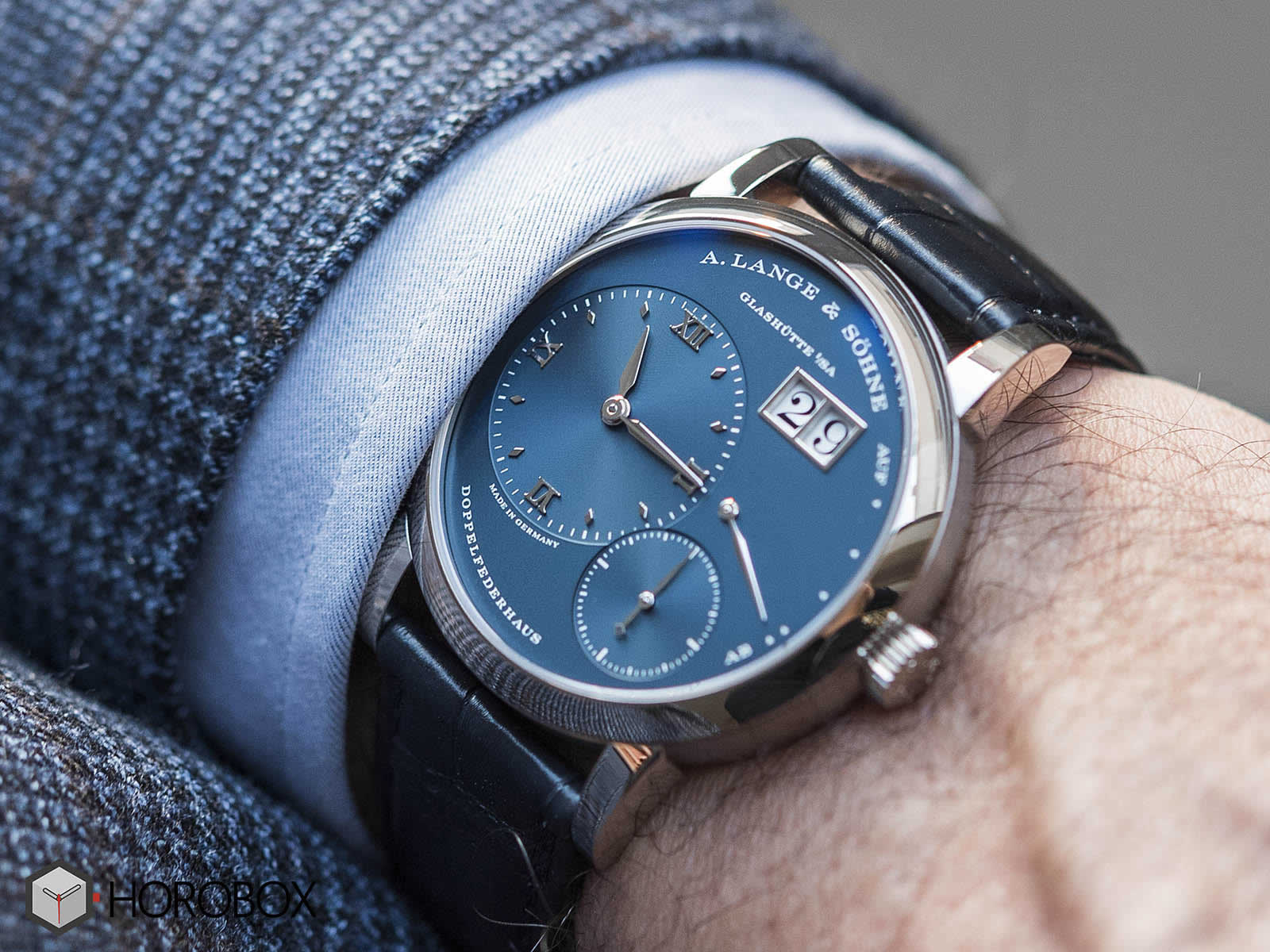 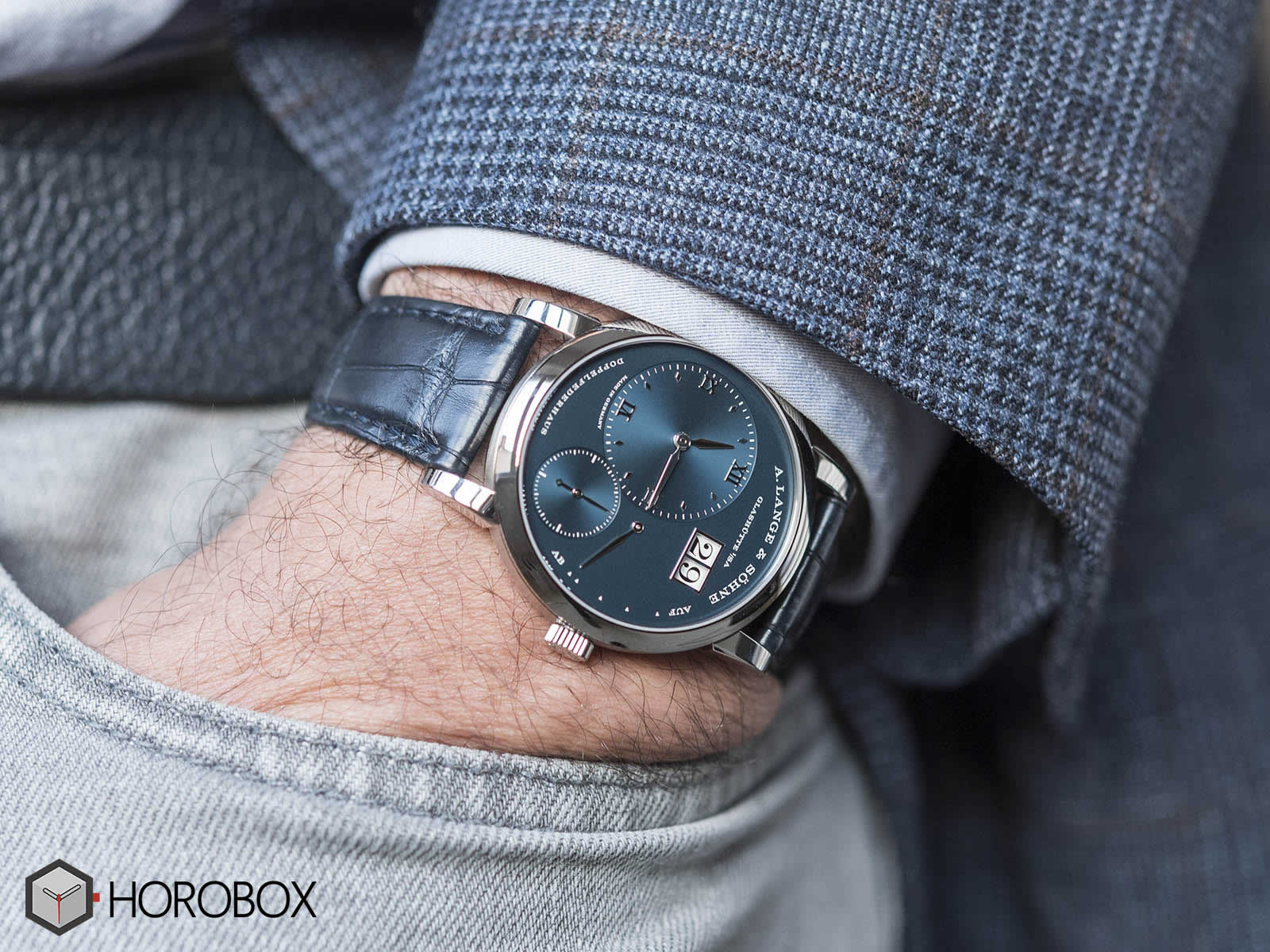