For those who do not want to settle with ordinary (!) Langes, here we are with the Richard Lange Jumping Seconds in which high-end watchmaking is blended with elegance and combined with superior designs as well as mechanical solutions. 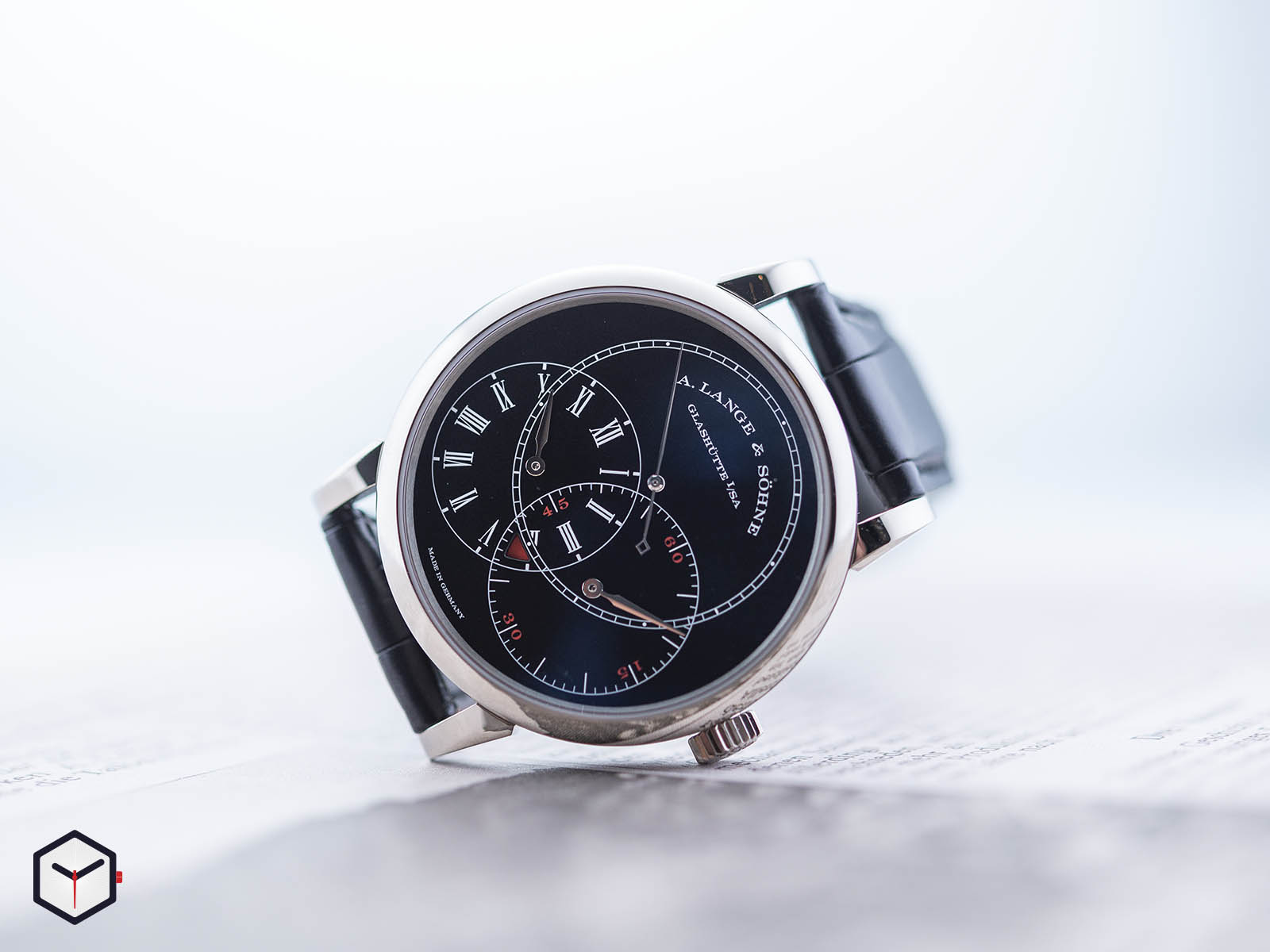 Richard Lange (1845 - 1932) is one of the sons at A. Lange & Söhne. Many years after he found a place as a talented watchmaker in the company established by his father Adolf Lange, he is now the eponym of Lange’s most prestigious and hi-end collection. 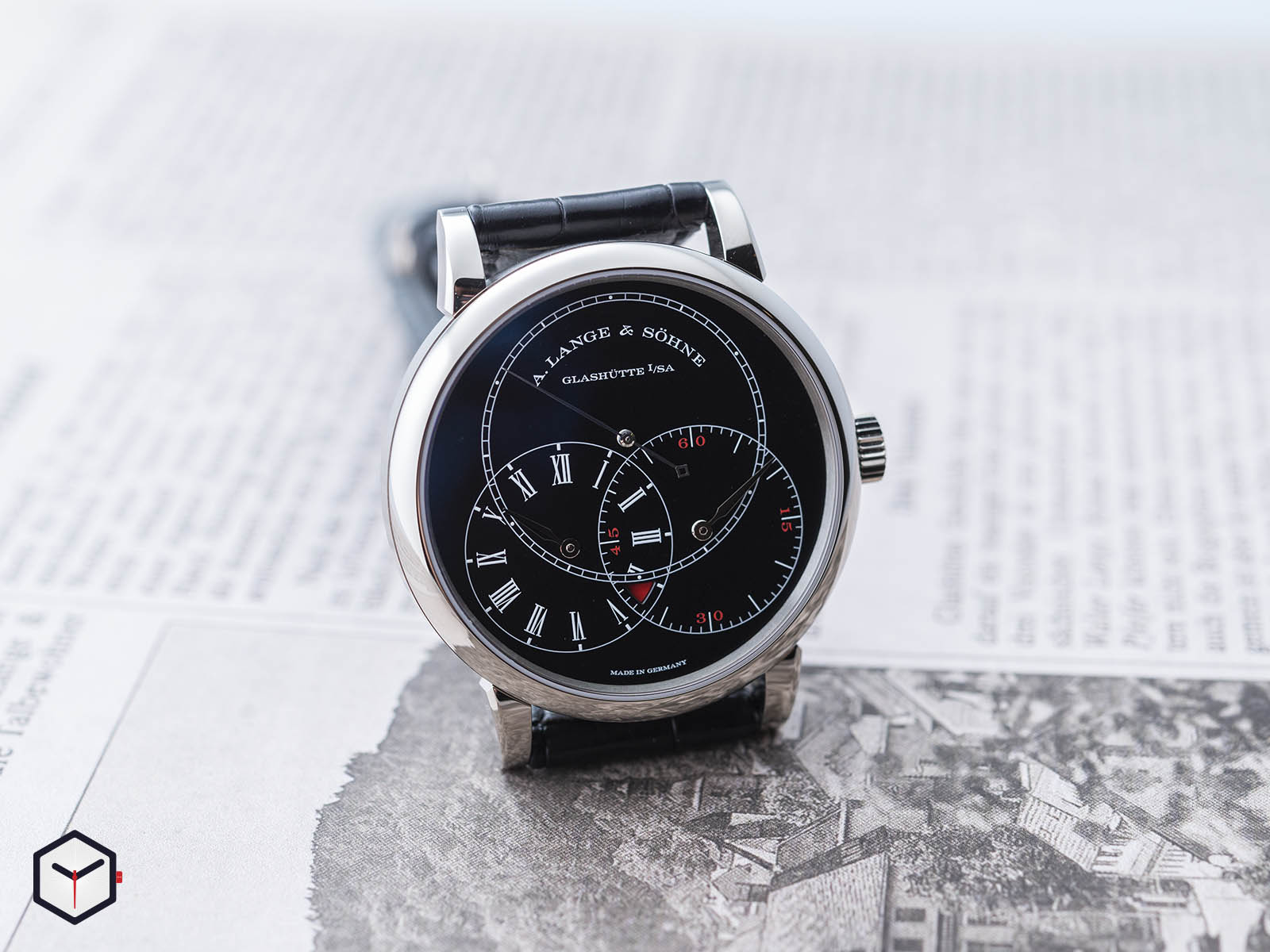 A. Lange & Söhne Richard Lange Jumping Seconds comes in an 18K white gold case measuring 39,9mm x 10,6mm. I do not need to mention the outstanding artisanship in the satin brushed and mirror polished surfaces. In the meantime, the model seems to be having the golden ratio with its both diameter and height. Wrist comfort is at its best as expected from a model with that size, despite being large according to the Lange standards. 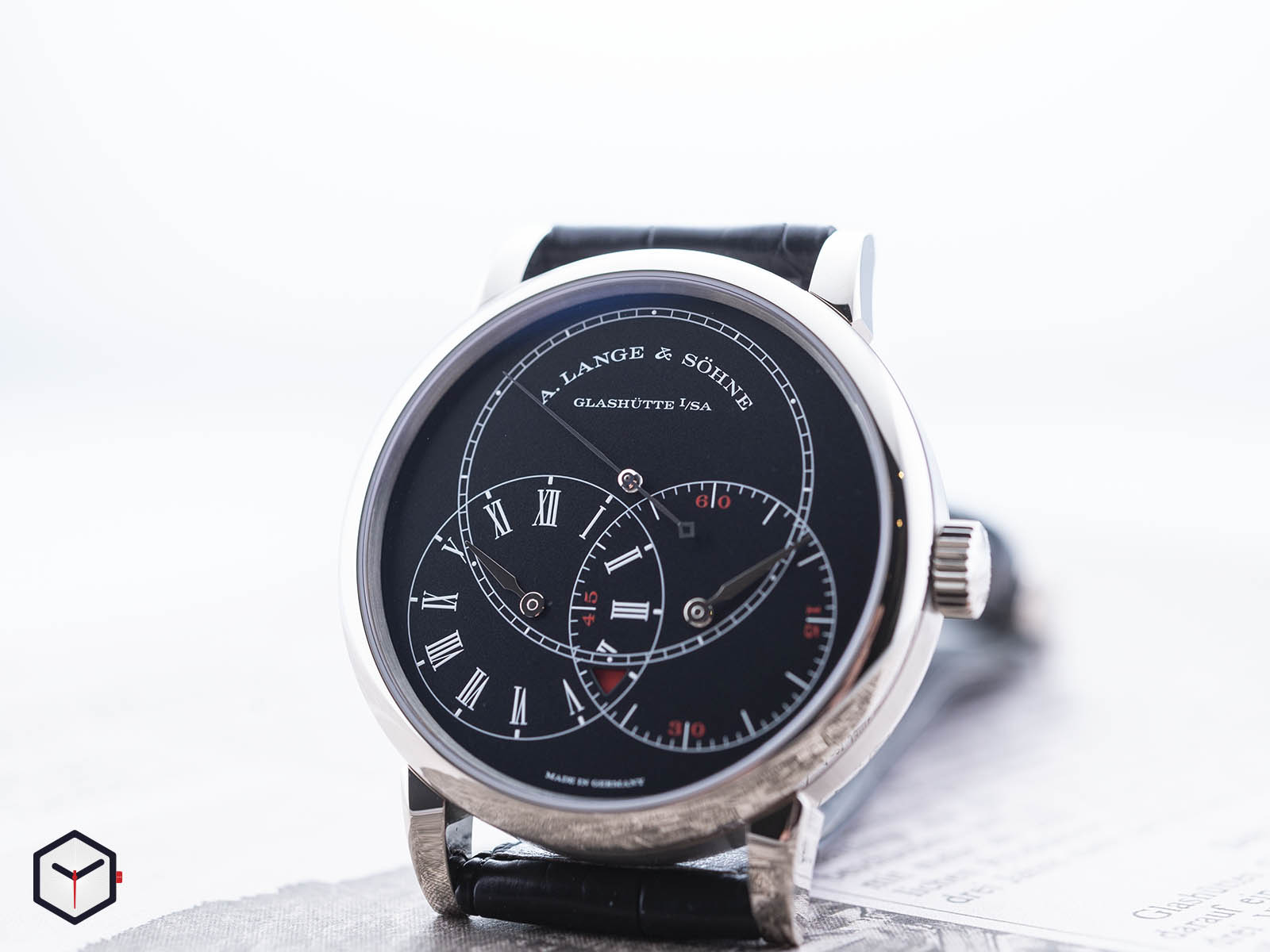 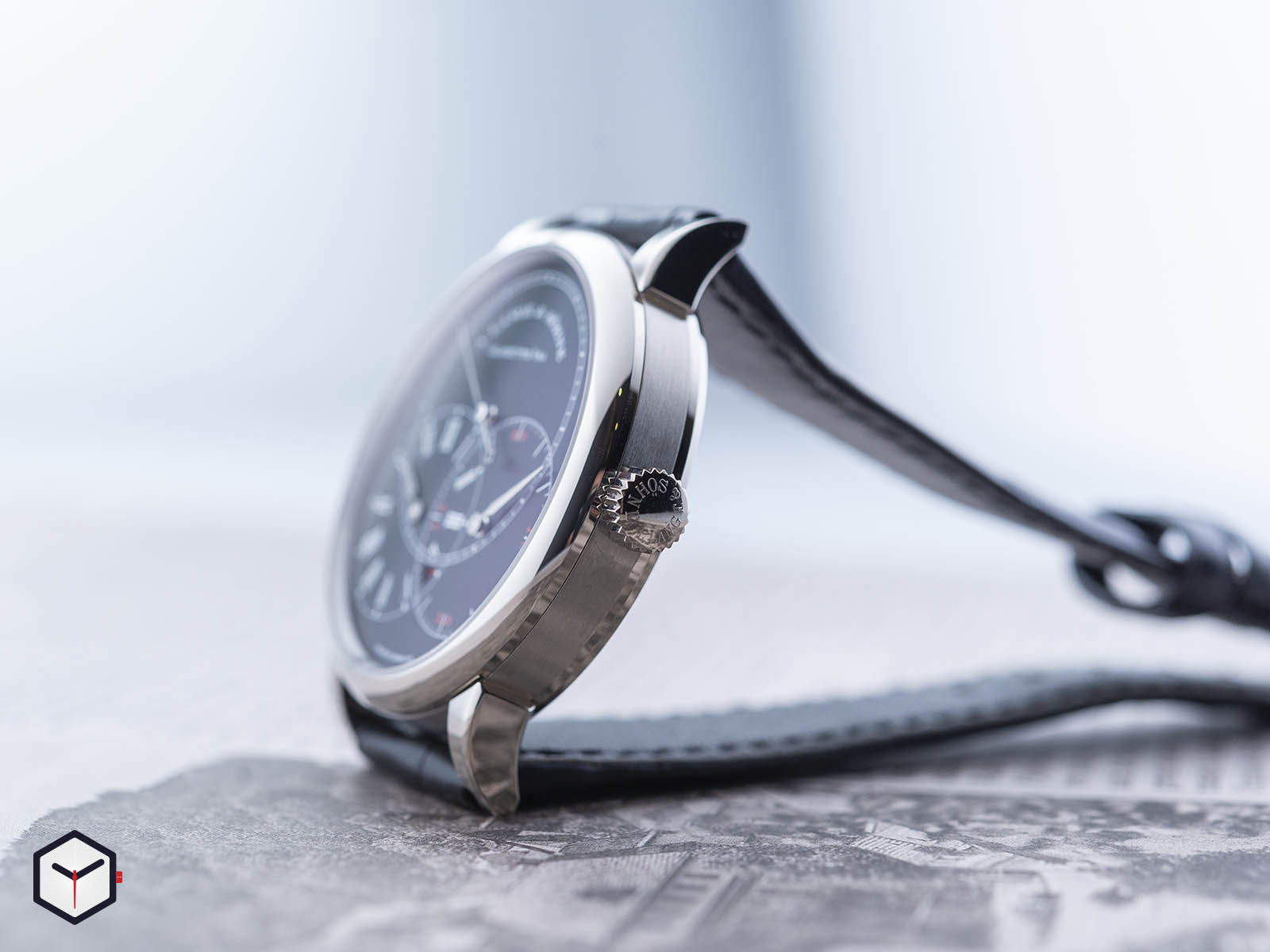 The dial of Richard Lange Jumping Seconds does not adopt traditional time display methods, and features hours, minutes, and second’s hands positioned on different axes behind the sapphire crystal. For the model, which is inspired by a pocket watch designed by the watchmaker Johann Heinrich Seyffert from Dresden at the end of 18th century, we say an extra ordinary time machine that Lange manufactured without forcing its technical capacity. The result achieved by the brand who blended the past’s heritage with today’s technology and superior artistry is amazing. 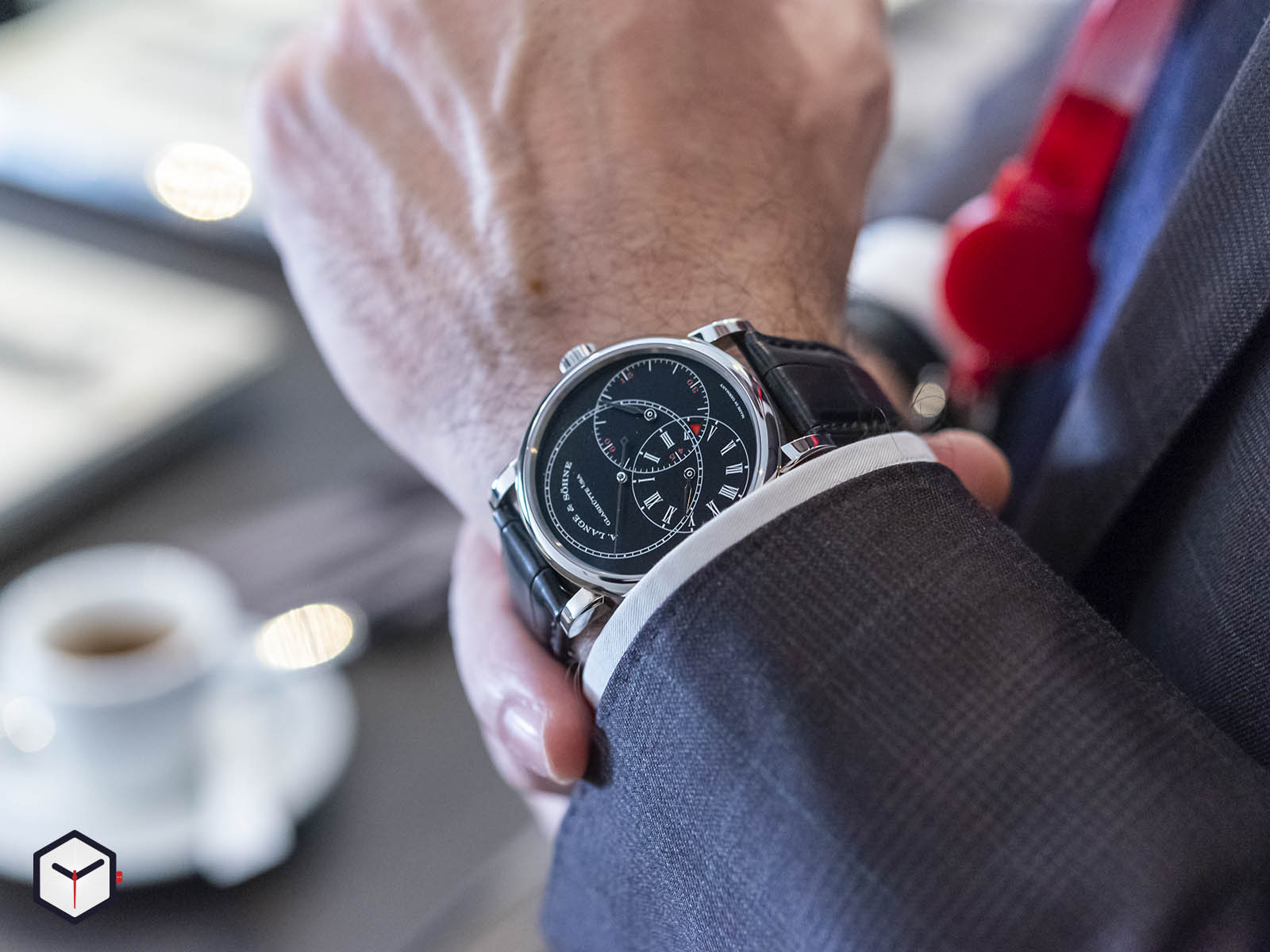 Jumping Seconds, as mentioned in the model’s name, is not the only complication offered by A. Lange & Söhne Richard Lange Jumping Seconds. The model is powered by the manufacture hand-wound movement Caliber L094.1. 50 jewels movement beats at a frequency of 21.600vph and offers a power reserve of 42 hours. 10 hours before the power reserve completely depletes the display that rests at the intersection of hour and minute rings turns red from white and warns the user. When you pull the winding crown, the big seconds hand on the upper side of the dial snaps to zero position to provide precise synchronize to an outer time source. Finally the constant force (remontoire d’égalité) system equipped movement provides excellent accuracy.

When we flip the watch, the movement salutes us with its full glory. Despite the relatively bigger ¾ plate blocks many detail, the blued screws, the handcrafted decorations on the balance, the swan-neck regulator and other details on the visible part reveal the utmost care that Lange shows for its products. 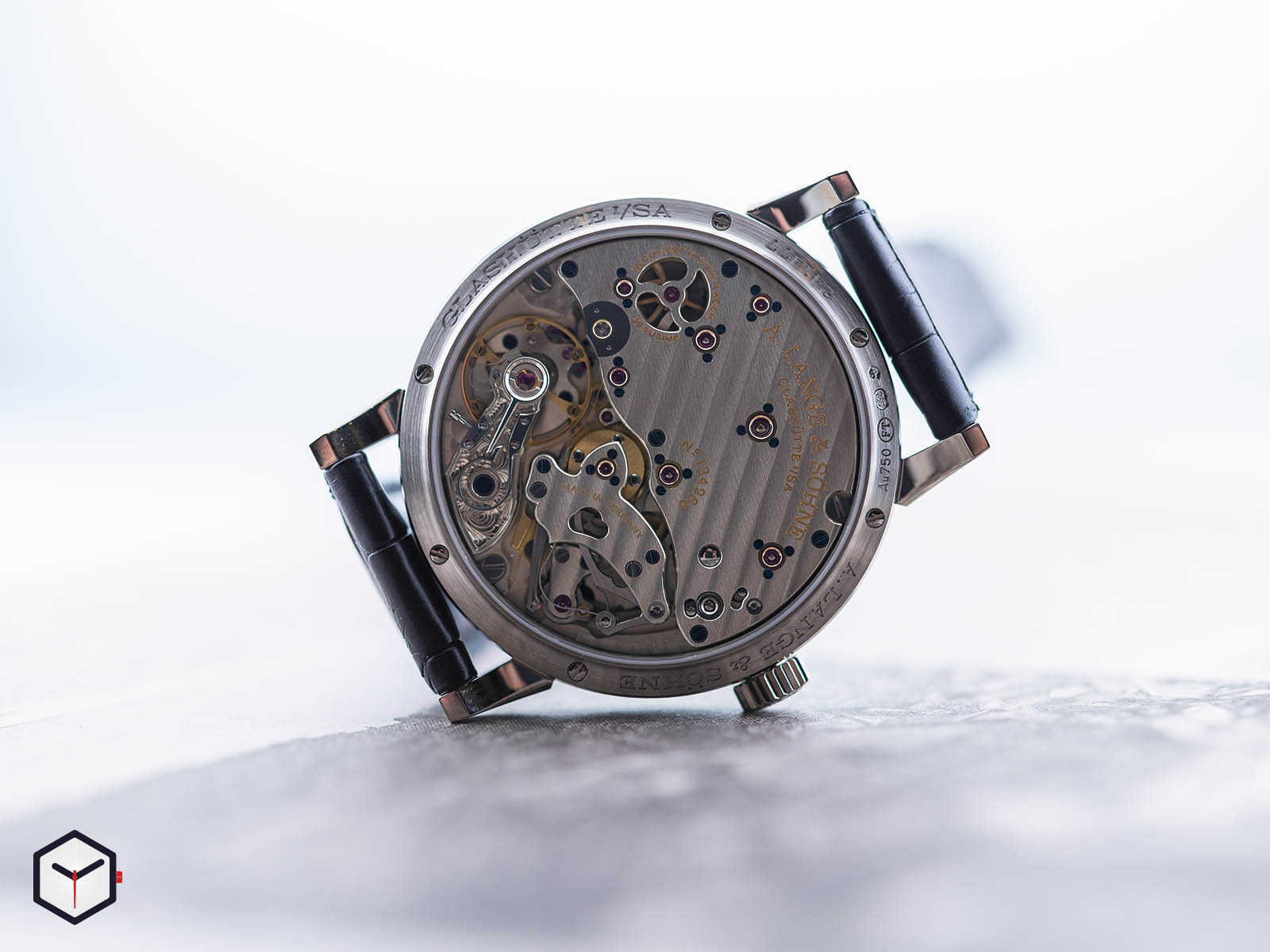 A. Lange & Söhne Richard Lange Jumping Seconds is available with a black alligator strap and folding clasp made of 18K white gold. The cost of having this masterpiece is 71.000 €. While this might seem on the higher range in the world of luxury watchmaking, it is more than fair enough in Lange standards. 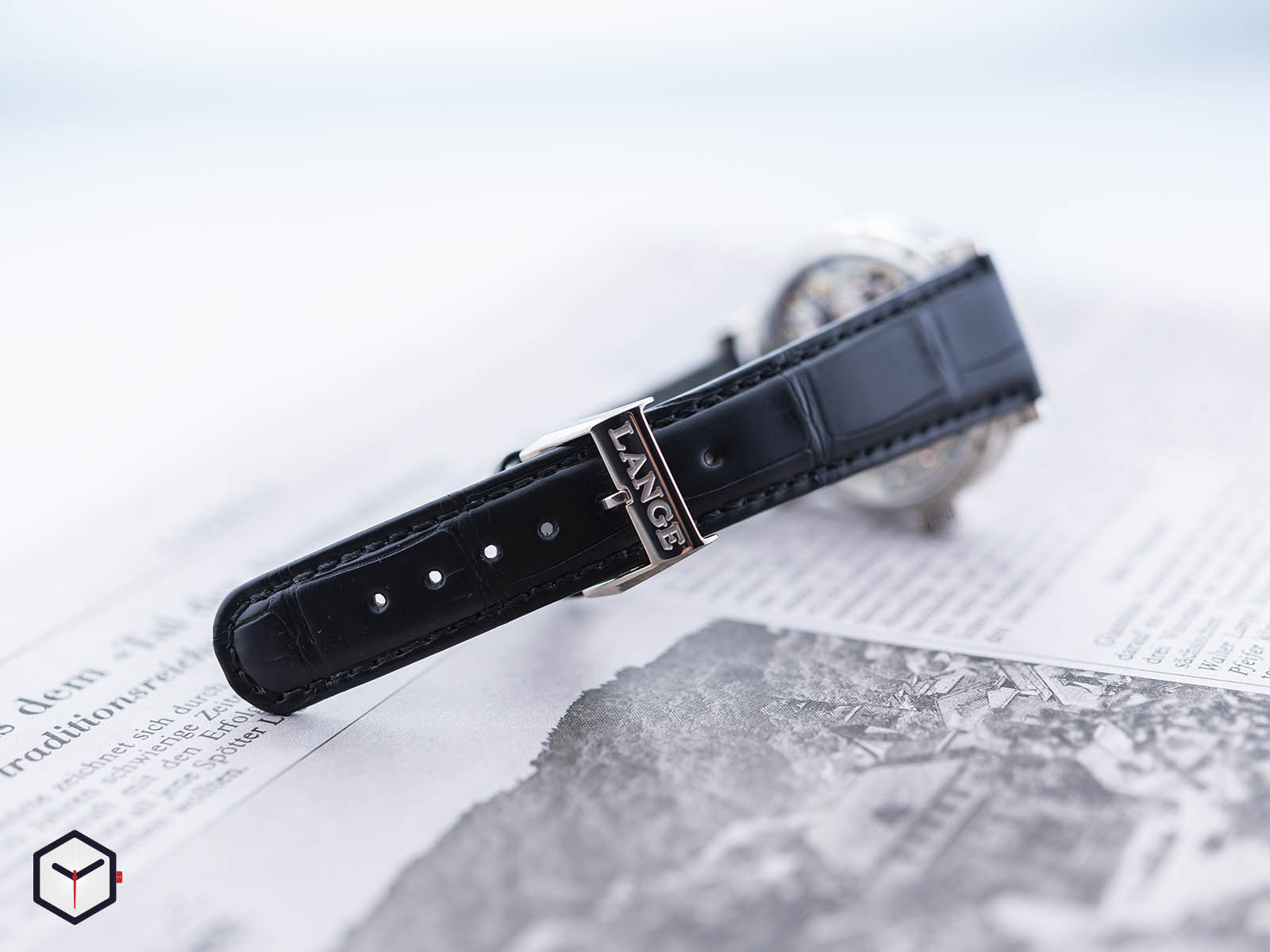