Arnold & Son, who has been on the radar of watch enthusiasts with models equipped with traditional watchmaking complications launched recently, introduced the Globetrotter, a new model that brings a new interpretation to the World Time feature, one of the most useful complications today.

Complications, which are granted with their respect to the DNA of traditional watchmaking rather than the practicality they offer in term of daily use, are the indispensable elements of the horological world. Complications ranging from simple date display to works of art such as A. Lange & Söhne - Triple Split, continue to exist with many brands operating in different price levels. The World Time feature, which managed to become quite popular thanks to the relatively affordable models added recently to the alternatives, attracts a great deal of attention from the watch enthusiasts not only with its emotional part but with its functionality as well. 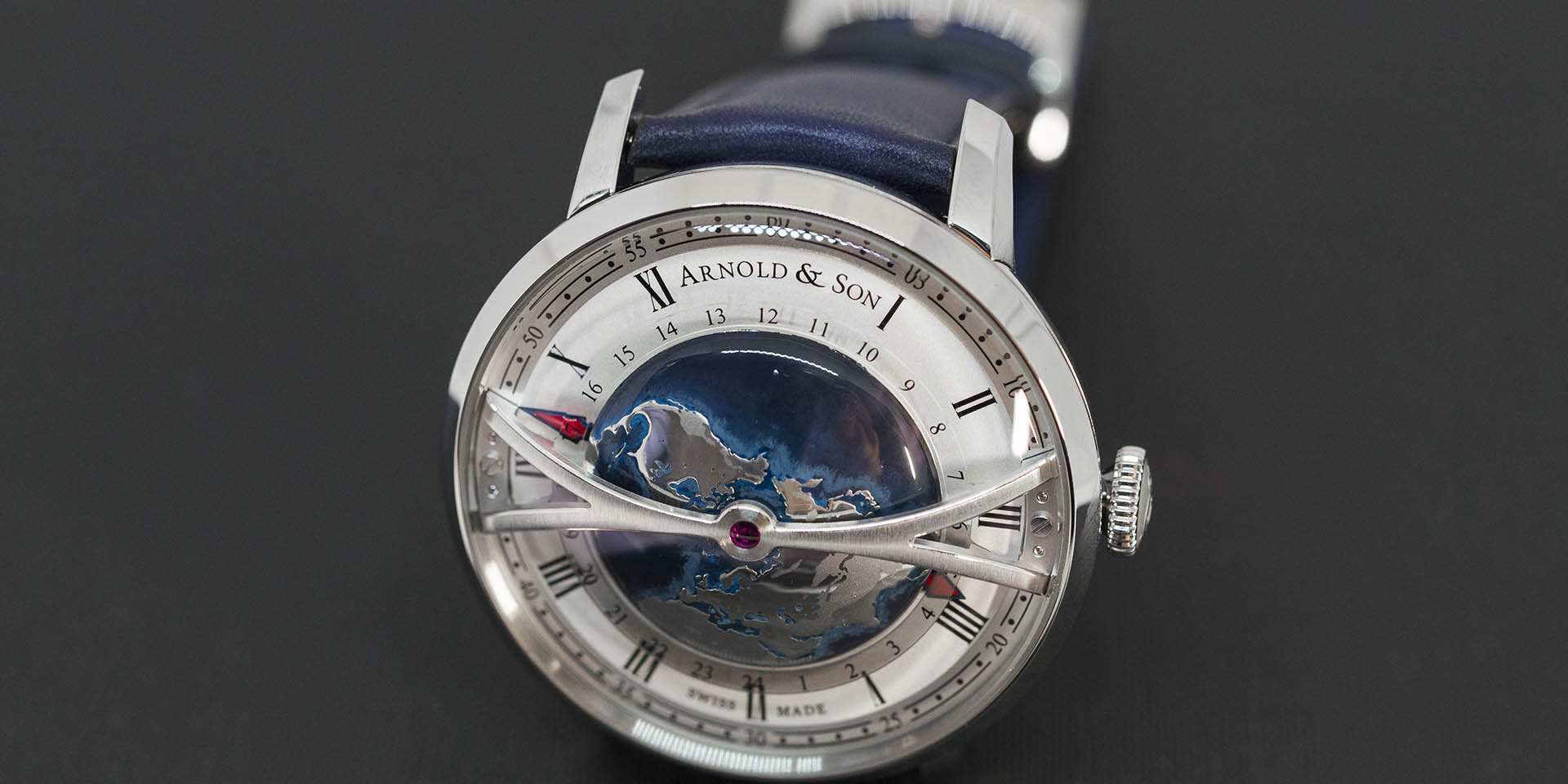 Arnold & Son, which had a solid place among the brands that bring the complications of traditional watchmaking with its recently introduced models, seems to have done an excellent job with the new Globetrotter model, which brings a new interpretation to the World Time function. 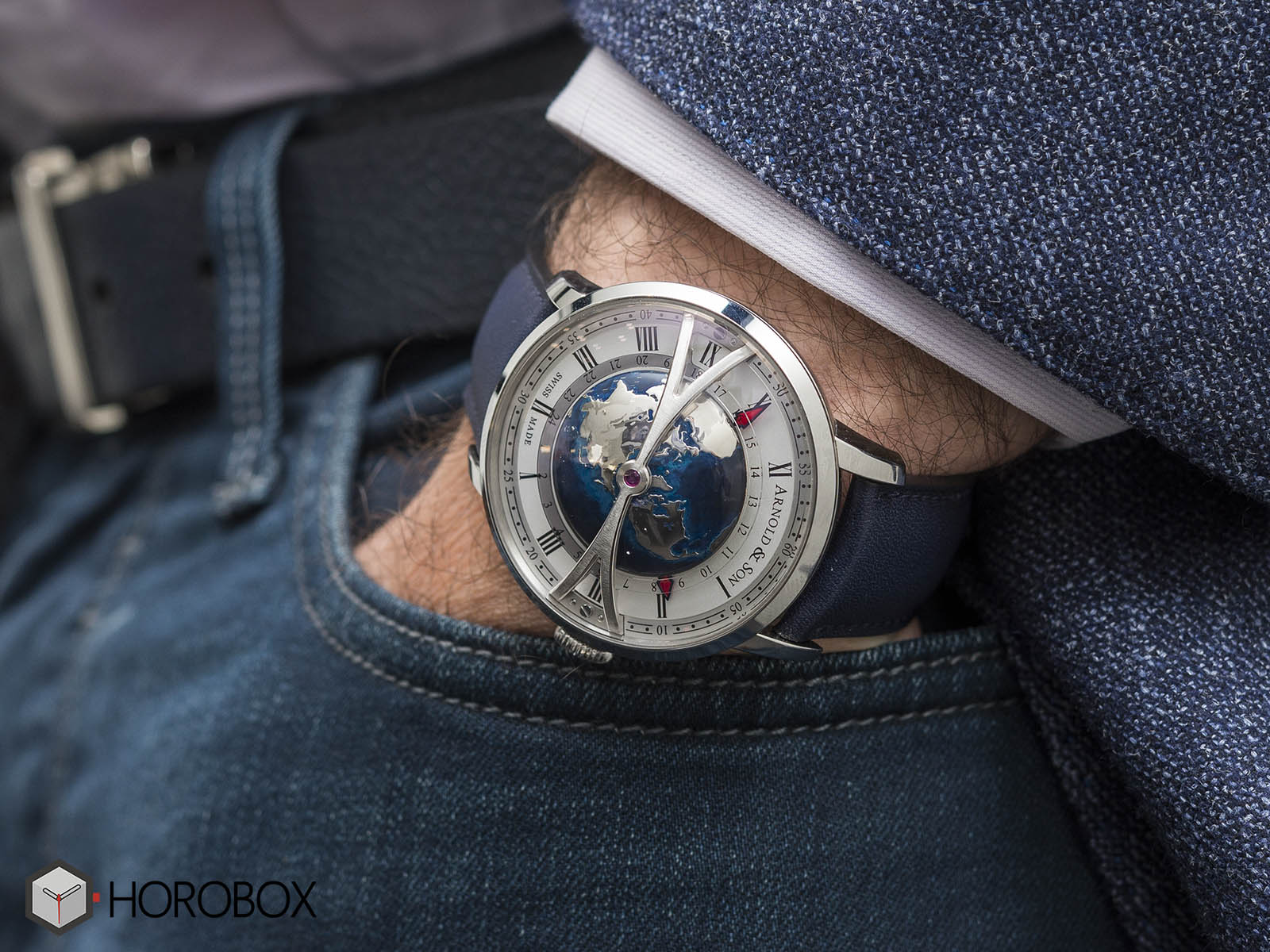 The new model is offered in a stainless steel case measuring 45mm x 17.2mm. The case is equipped with anti-glare coated scratch resistant sapphire crystals on both sides and is water resistant to 30 meters. All the functions of the model are adjusted by the single winding crown. 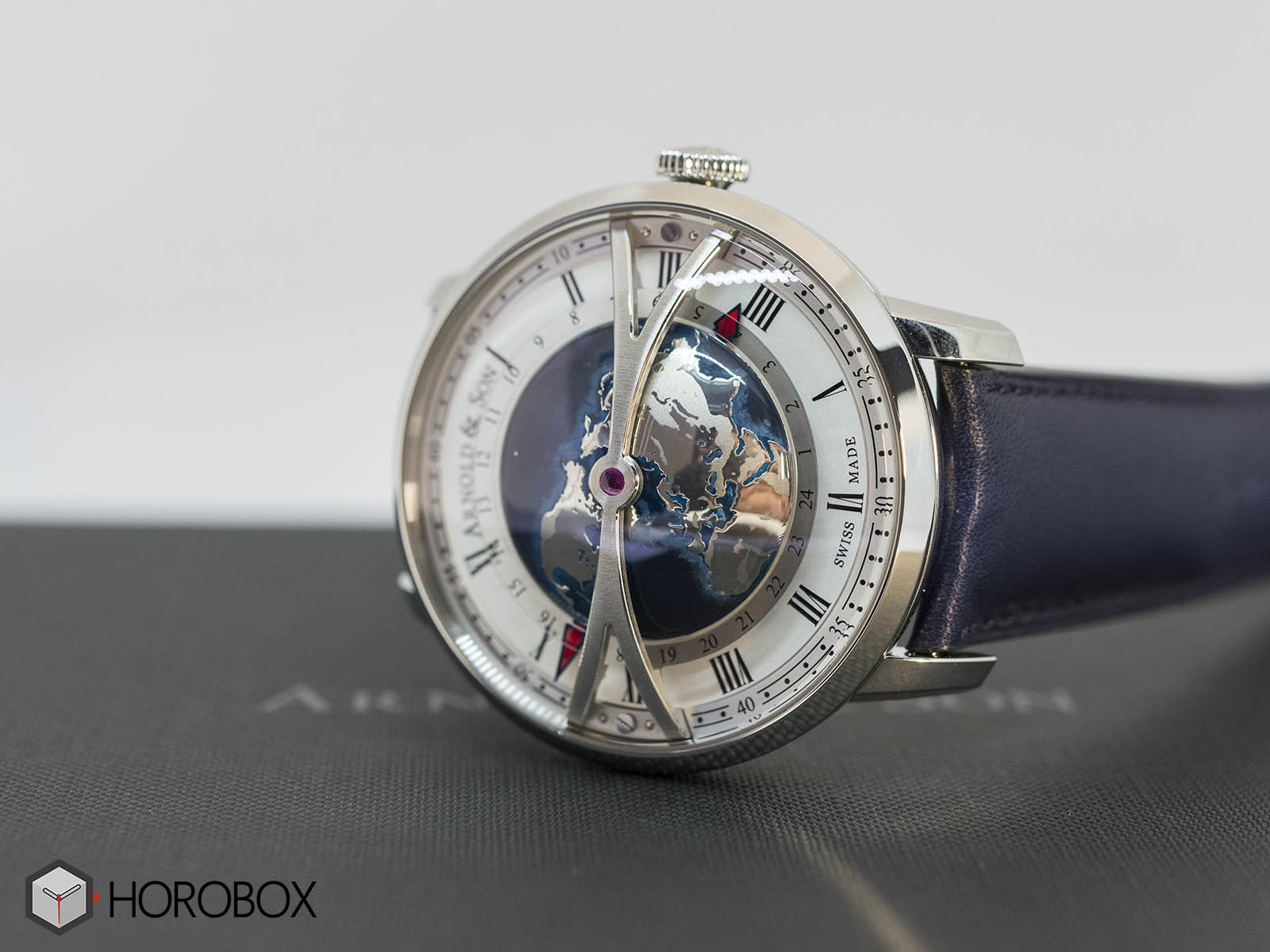 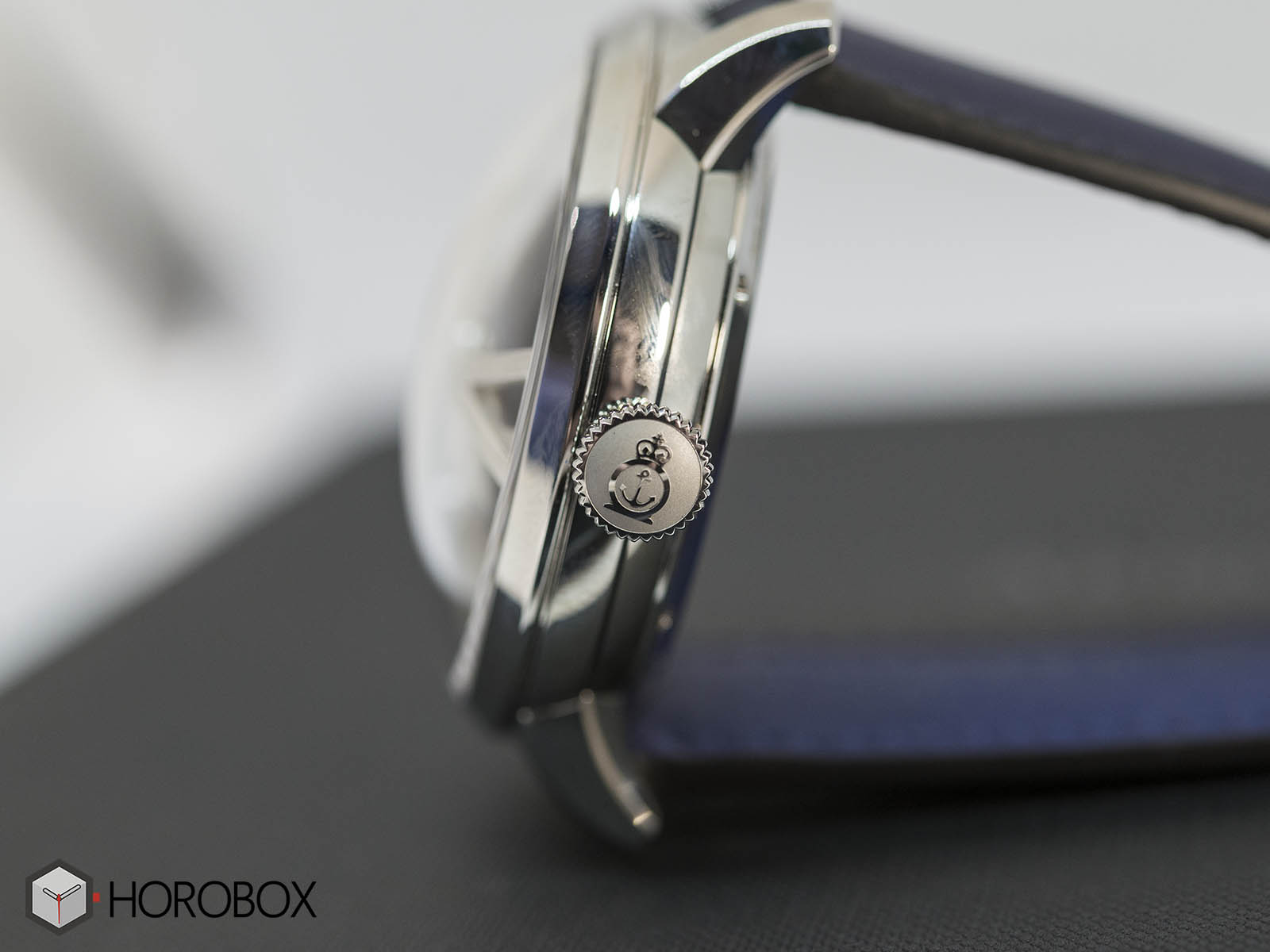 It is not difficult to understand the not so modest size of the case as the model features a large dial which is more like an art piece. The dial is designed with a silvery white background and is equipped with a large 3D world figure on the center. This extraordinarily detailed figure is a result of forming a thin plate made of brass into a convex shape first and then etching. The figure is fixed to the dial with a four legged bridge extending between 3 and 9 o’clock position. There is a sapphire disk is mounted on to the same bridge that arcs over the globe, where you’ve got the 24-hour scale printed (along with a day/night indication via a translucent metallic finish applied between 18:00 and 6:00). The blued-steel hands (filled with red lacquer, to stand out between the blue globe and silver dial) are used to read the local time. 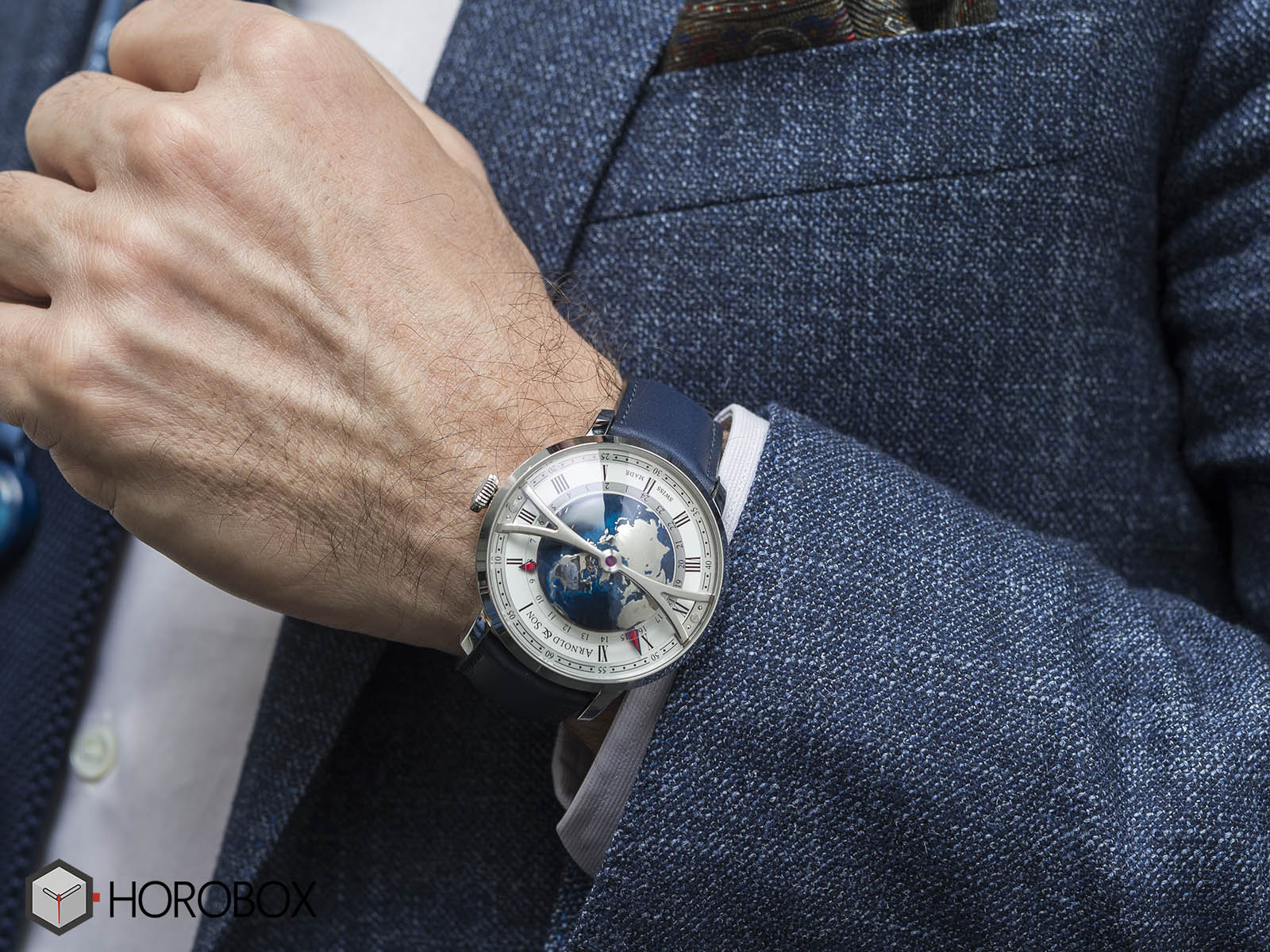 Arnold & Son Globetrotter is powered by the in-house Caliber A&S6022. The model’s most noticeable part is undoubtedly the dial, but the movement is decorated with the same effort as the dial. The caliber is decorated with the finest examples of traditional luxury watchmaking such as NAC grey treated with Haute Horlogerie finishing: hand-chamfered bridges and polished edges, fine circular graining and Côtes de Genève rayonnantes, dial plate NAC treated with large circular finishing, circular satin-finished wheels, and screws with bevelled and mirror-polished heads. The rotor is also NAC grey treated, skeletonized with brushed surfaces and hobnail pattern. The movement beat at 4Hz (28.800vph) and offers 45 hours of power reserve when fully wound. 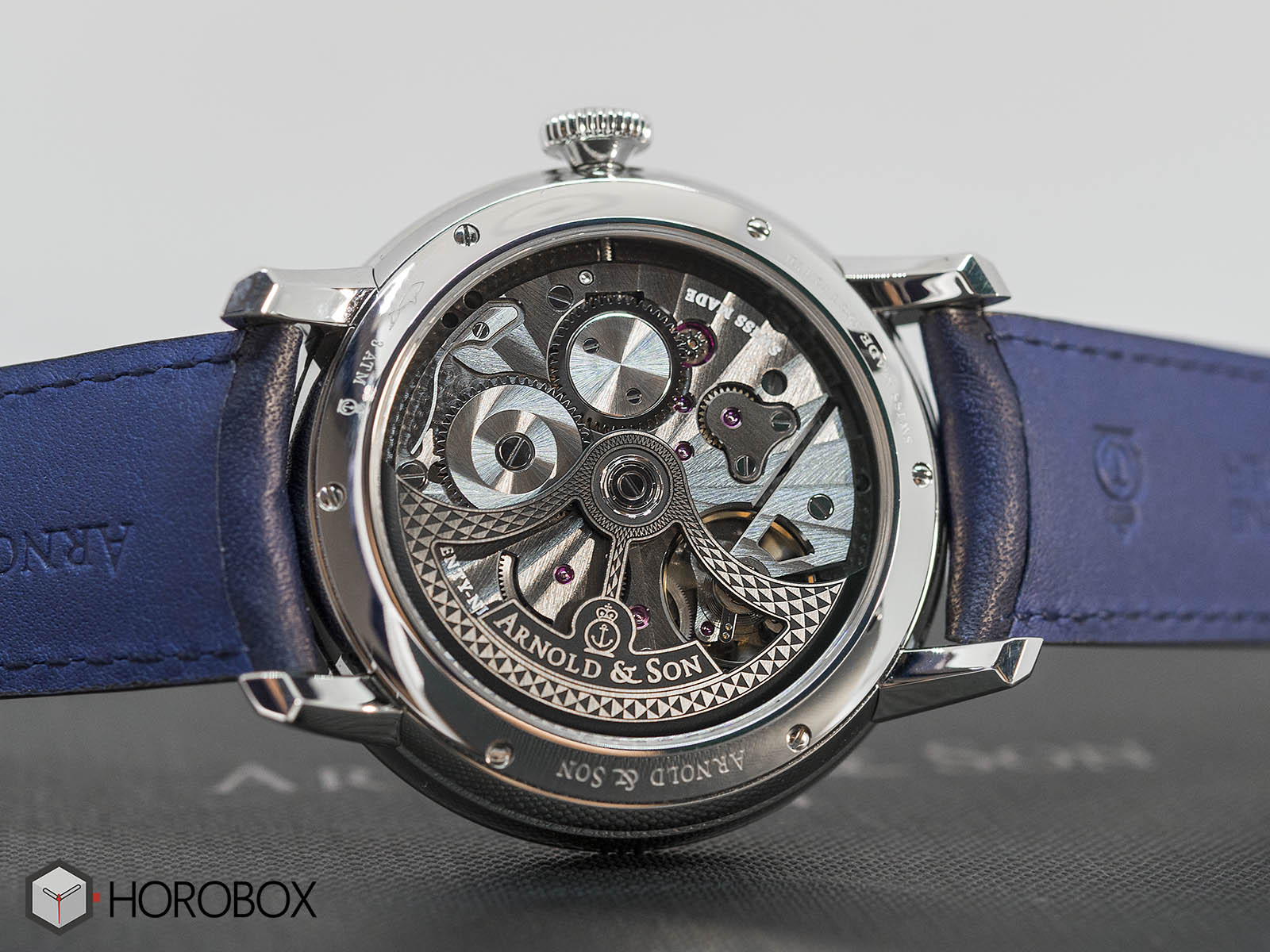