Officine Panerai keeps bringing the action to the world of watches with its 2016 new releases. Right after the recently introduced model PAM00600, which was the first and only Minute Repeater Carillon complication timepiece from the brand, the name of the newest bombshell is “ Luminor Due “

Today, we are thrilled to witness another historic moment for Officine Panerai as the brand releases a new case style after a long gap: “ Luminor Due “ 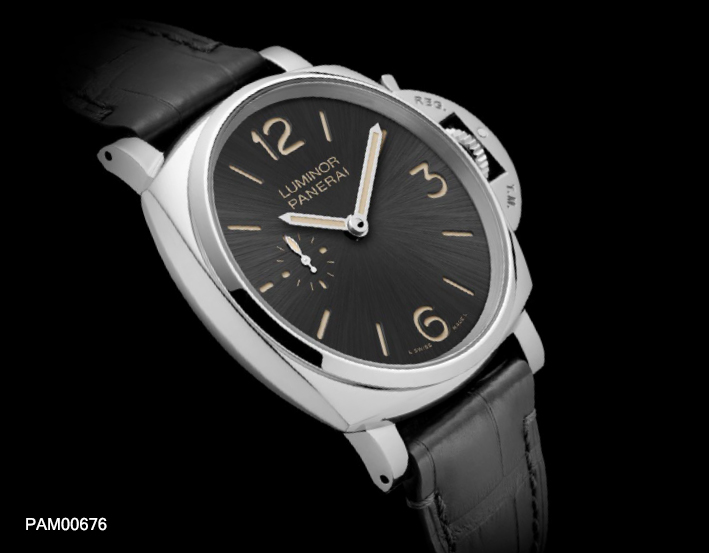 Officine Panerai had a great success with the Radiomir 1940 case style which was released in 2012. Radiomir 1940 was highly appreciated mostly by its relatively thinner case providing significantly better wearing comfort. Now, the brand is seeking for the same success by its brand new case style Luminor Due which is remarkably thinner than its predecessor.

Luminor Due is brilliantly designed with a thickness of 10,65mm only. The very first version presented from the new product line bears the Reference PAM00674. Equipped with the brand’s in-house micro rotor automatic movement Caliber P.4000, the stainless steel model has a MSRP of 10.400 EUR. 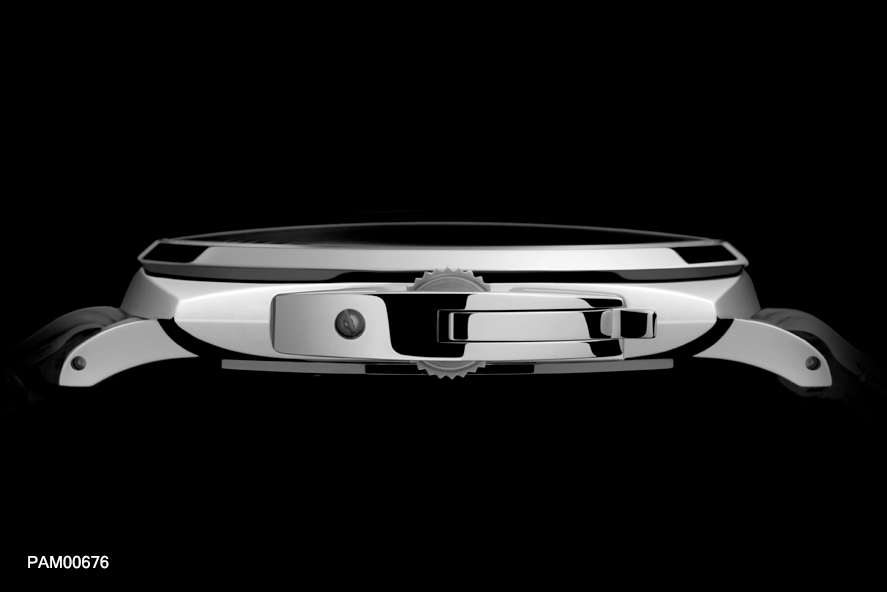 The 18K rose gold version of the model PAM675 is also available as well. 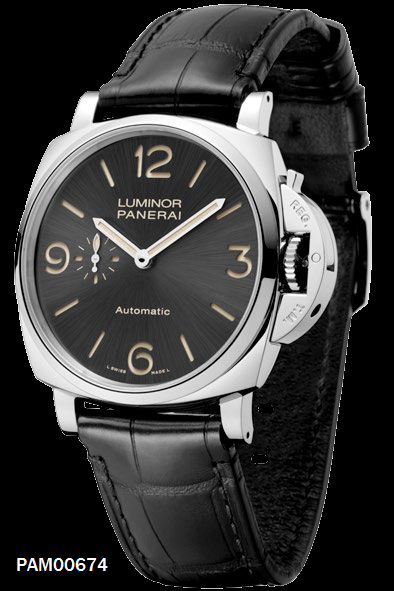 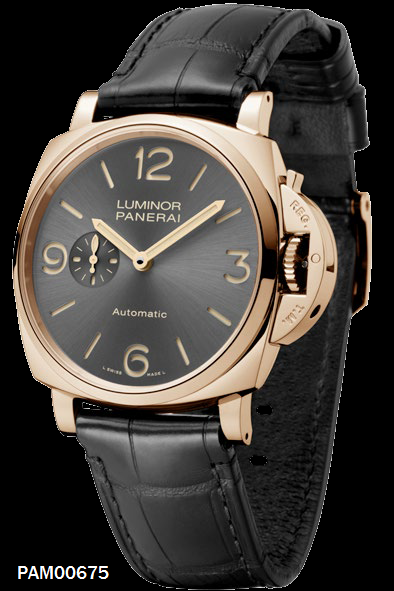 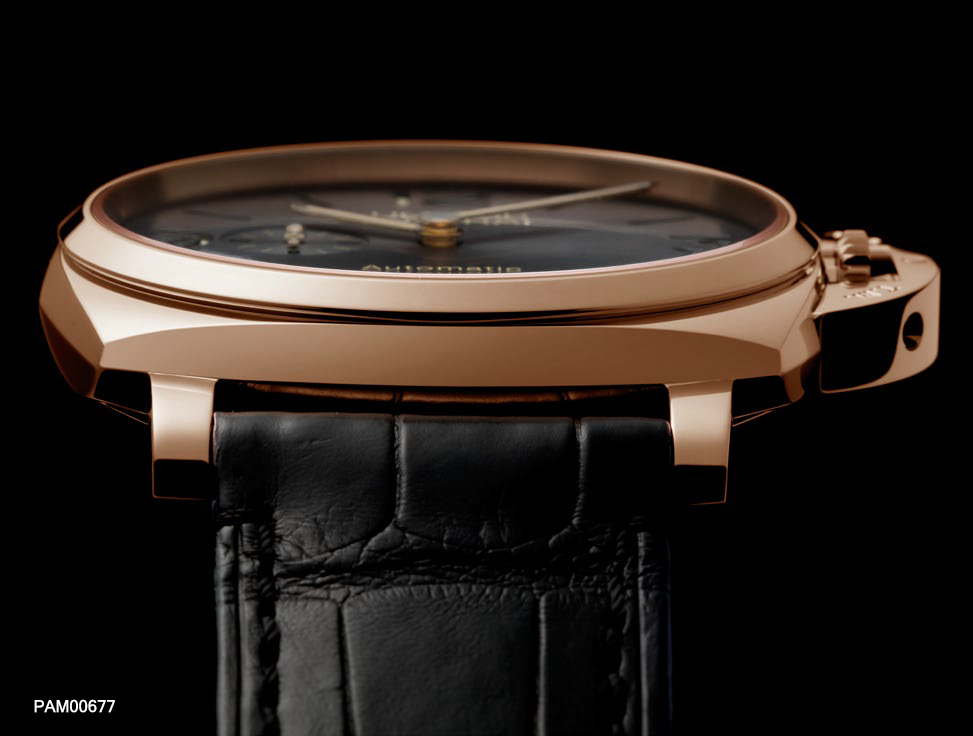 Of course, Panerai did not forget to offer a collection of the brand classic manual winding movements within the new product line. Luminor Due series features a couple of hand wind Caliber P.1000 powered versions: PAM00676 ( stainless steel ) and PAM00677 ( 18K rose gold ). 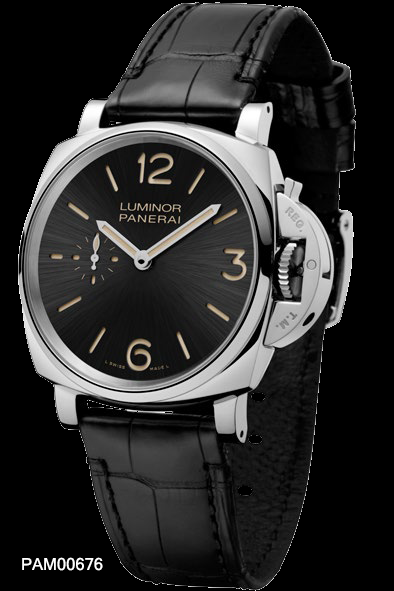 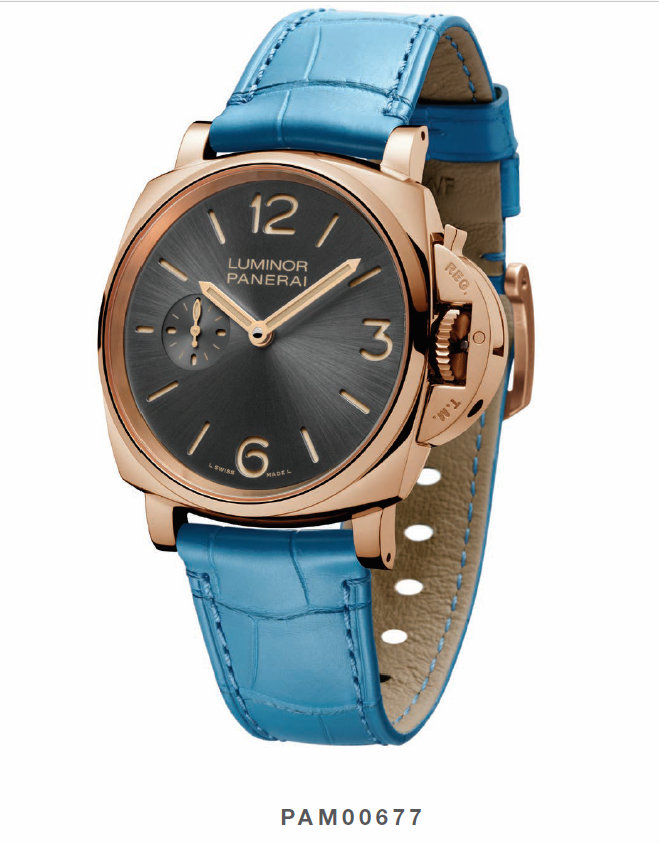 After those stunning new models we cannot wait to see the upcoming version of Luminor Due timepieces.

In fact, we were not expecting any shocking news from the industry within the period between SIHH 2016 in January and Watches & Wonders 2016 to be held in October. However, I have heard some rumors about some game changing moves planned to be released in the same time frame and I shared this valuable info at Horobox accordingly. After seeing all the new models Panerai released today, I have to admit the game has changed more than I could imagine during pre Watches & Wonders period.

The second surprise comes from another best selling product line “ Luminor 1950 “. The most appreciated models out of the collection PAM00320, PAM00359 & PAM00321 are discontinued for the favor of new versions featuring 2.3mm less thickness.

PAM1312, PAM1523 & PAM1392 reference models feature two major differences: First, they are offered in 15.65mm thick cases and are powered by the Caliber P.9010 movements. The second remarkable difference is the use of the OP blue tone details which were seen in various new models. All models in the product line feature the blue small second hand. 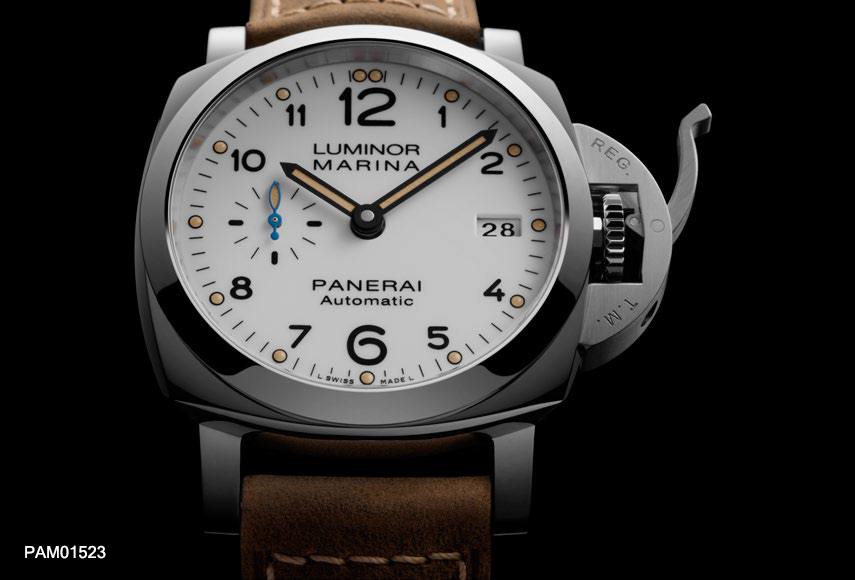 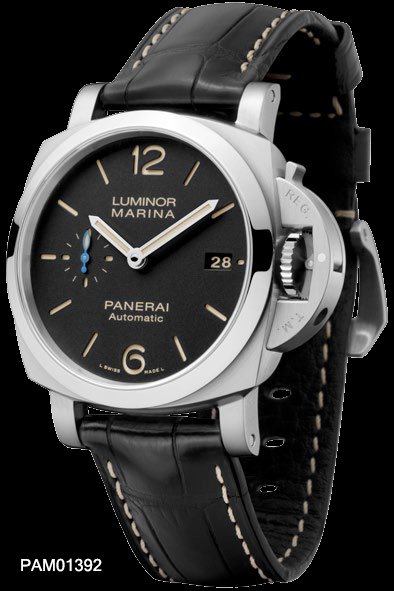 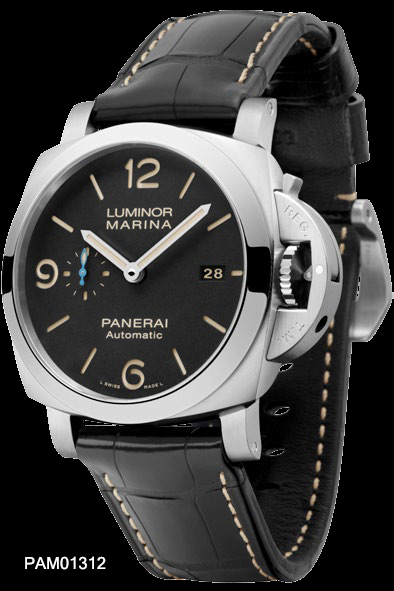 The other references presenting the new face of the successful Luminor 1950 product line is PAM1499 and PAM1359. 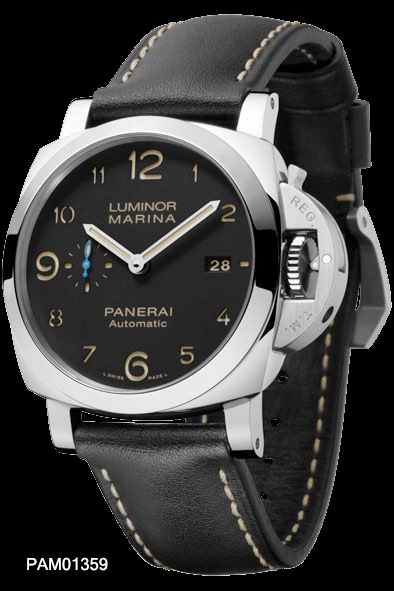 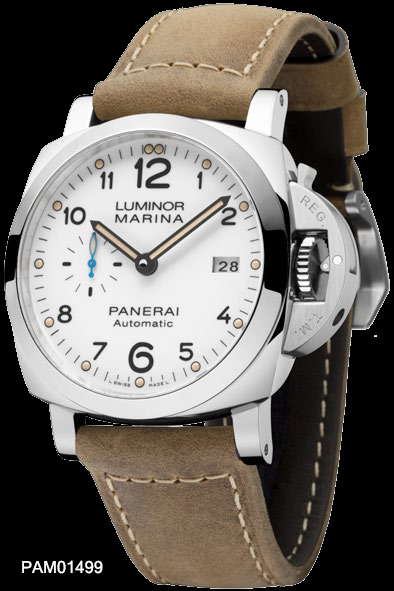 There is another issue which was a long term discussion topic for the Paneristi is clarified within the new released models. We have shared with you the detailed review of the model PAM00616 Carbotech which is known as the brand’s first meeting with the carbon material. For about a year, the fellow Panerai aficionados were curious about the next model featuring a case carved out of that alternative material. Well, here is the answer to the questions: “ PAM00661 “ 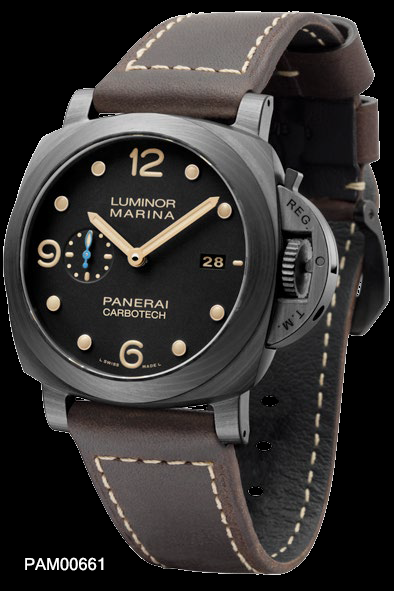 The new Carbotech model of the brand is offered in the re-newed Luminor 1950 Collection. Just like the other timepieces in the collection, PAM00661 is powered by the Caliber P.9010 as well. Besides it’s impressive looks ( and relatively affordable MSRP at 11.500 EUR), we believe it would be a great choice for the fellow Paneristi who had second thoughts about the wearing comfort of the PAM00616 offered in a 47mm Submersible case.

Our last stop at the brand’s fascinating novelties is the mighty PAM00672. Undoubtedly, the most impressive feature of the 47mm Radiomir case timepiece is its breath taking hand engraved floral motifs. As a first to the brand, the beautiful engravings are not limited to the case but are also applied to the movement as well. 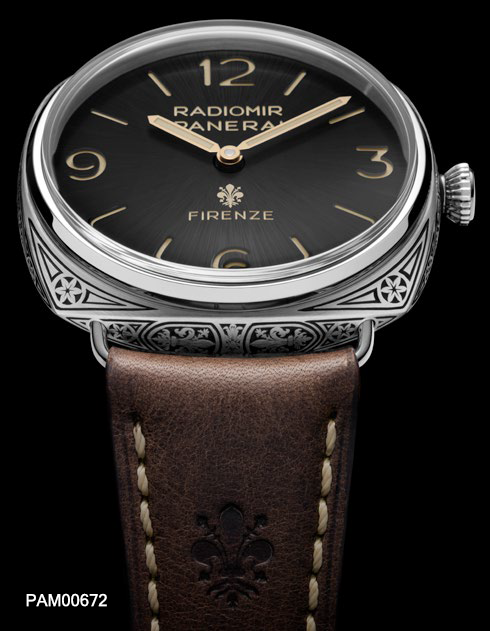 The limited edition ( 99 pieces only ) model is powered by the three days power reserve and manual winding movement Caliber P.3000. In order to separate the standard version with the hand engraved version, the movement in PAM00672 bears the reference P.3000/F. 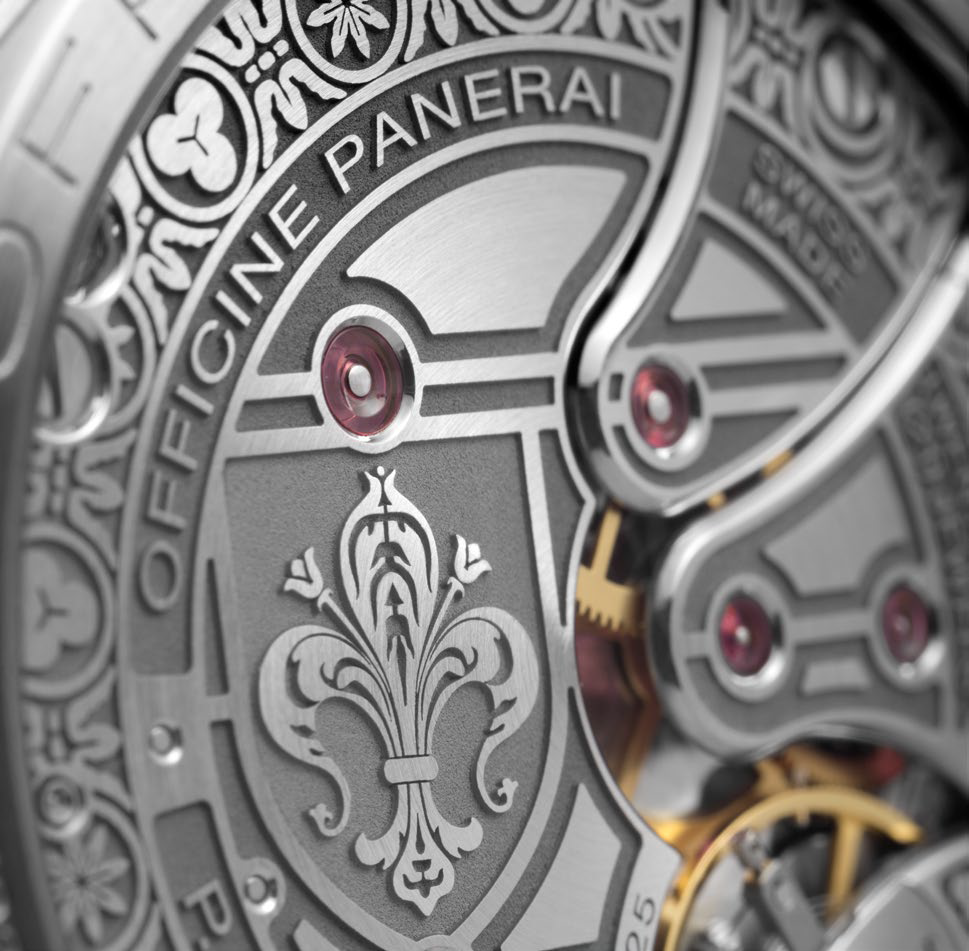