The new model Omega Seamaster Diver 300M “Commander’s Watch” James Bond Limited Edition was introduced to the watch enthusiasts on July 5th this year with an exclusive event held on River Thames – London. This beautiful timepiece is once again a guest in our pages with the photographs taken by Emre Şişman. 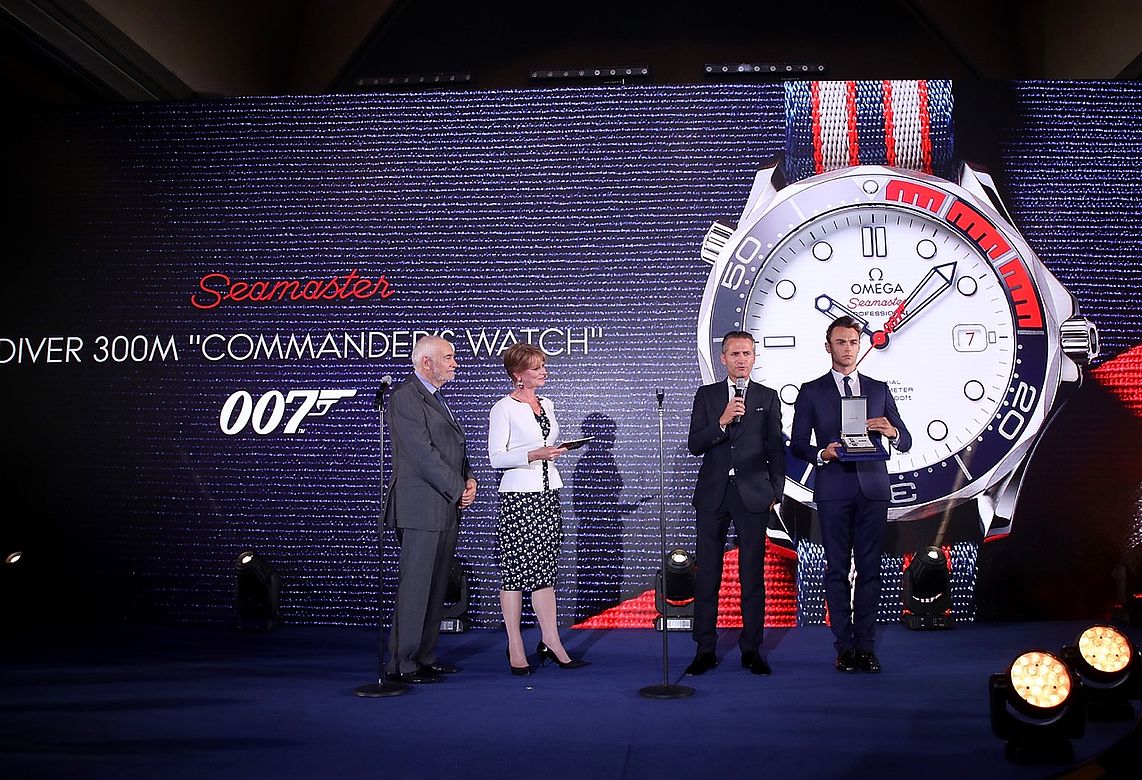 James Bond, the charismatic secret agent who has come to life by the famous writer Ian Fleming, has been using Omega timepieces since 1995. The last model was produced for the James Bond sequel “Spectre” in 2015. The brand introduced another model on 5th July, however this time it is not designed specifically for a movie but for the character itself.

2017 is a very important year for James Bond’s adventures on the silver screen as this year is the 50th anniversary of the movie You Only Live Twice (1967), 40th anniversary of The Spy Who Loved Me (1977) and the 20th anniversary of Tomorrow Never Dies (1997). The common point of these three cult sequels is that the famous agent is confronted as the British Royal Navy Commander. The model designed exclusively for those three blockbusters is called Seamaster Diver 300 "Commander’s Watch". 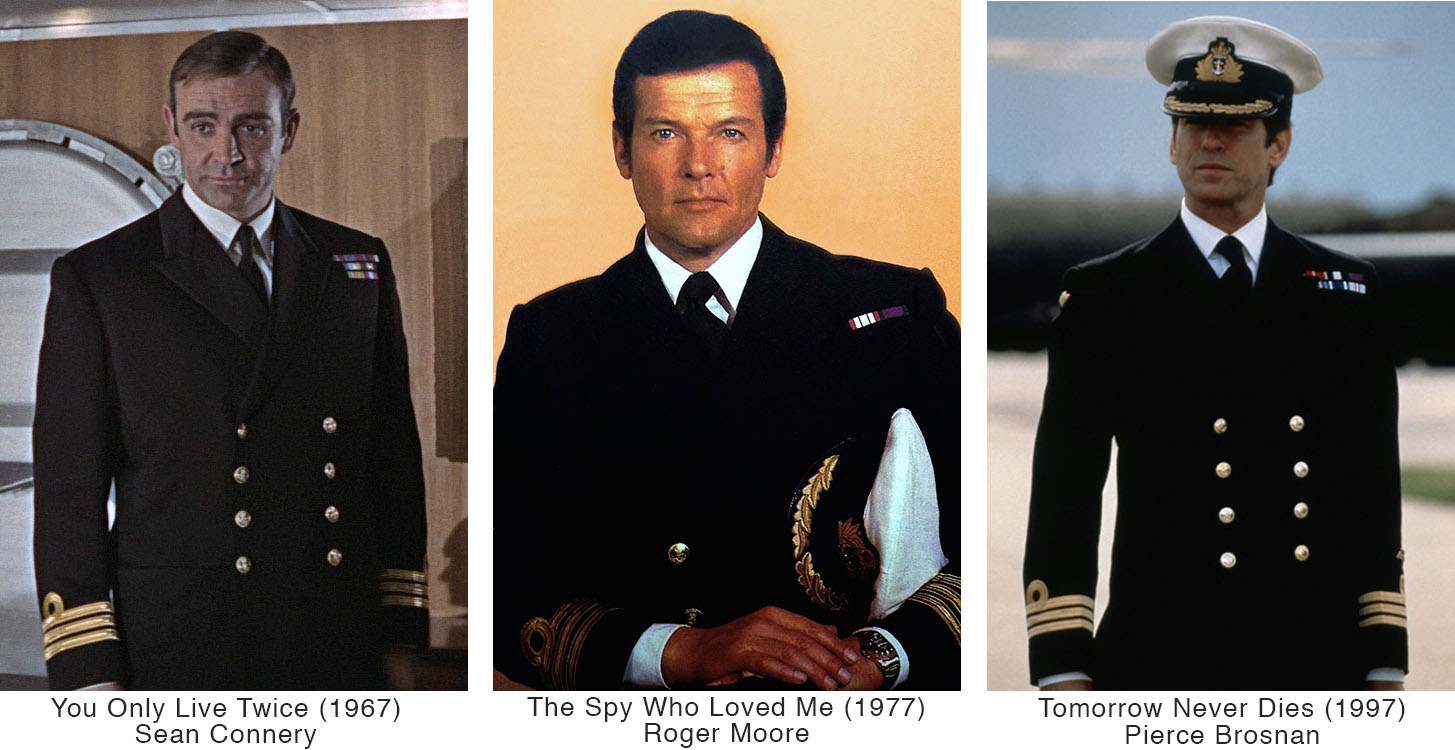 The new model is offered in a stainless steel case bearing the classic Omega SMP 300 Professional design that we are familiar with from the other versions. The case, which is water resistant to 300 meters, measures 41mm in diameter. The first 15-minute interval of the bezel, which is produced from Omega’s patented Liquidmetal material, is covered with rubber in red. The case sports scratch proof sapphire crystals on both sides. The model’s limited edition information (7007 units only) is engraved on the caseback. 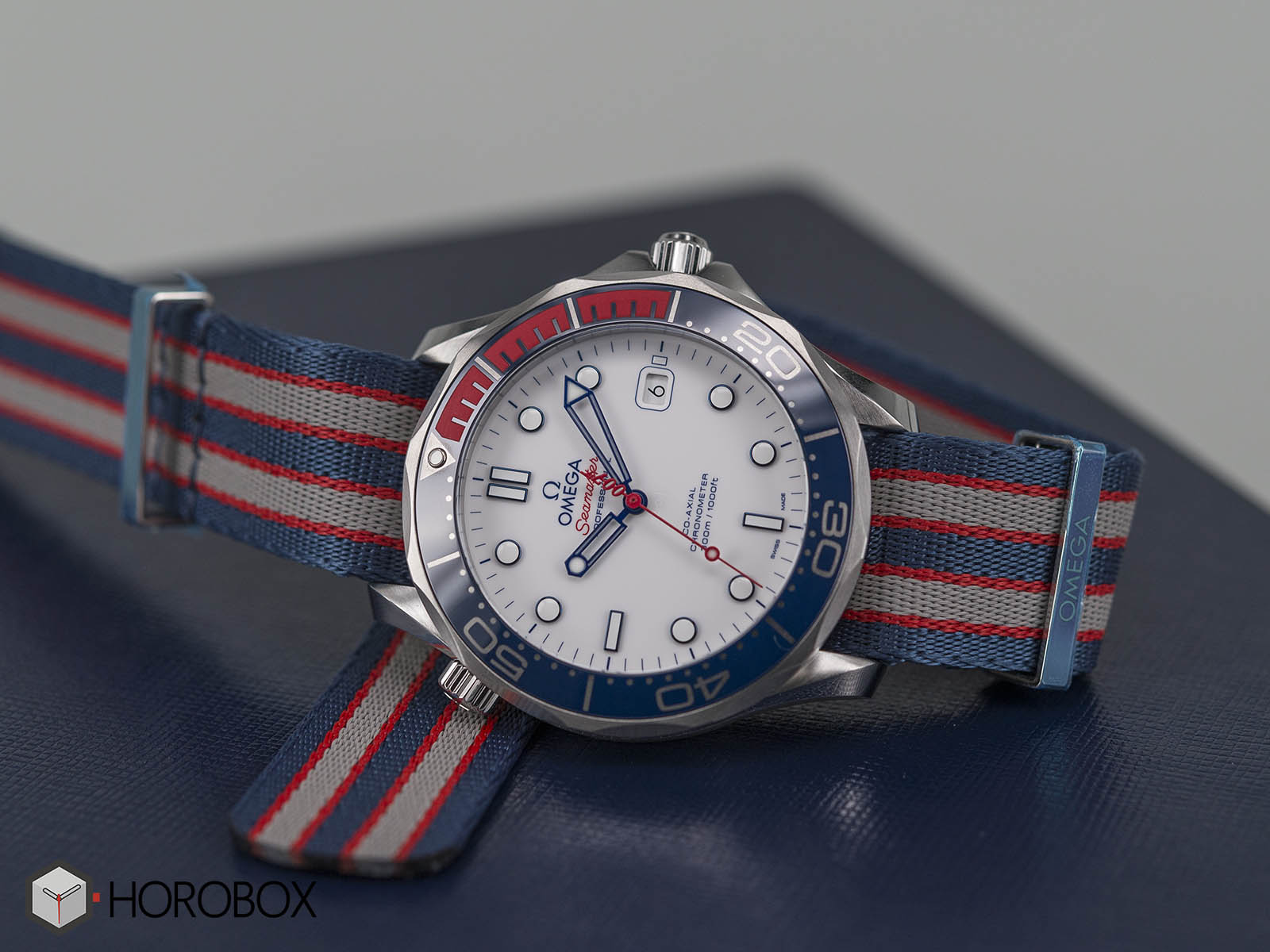 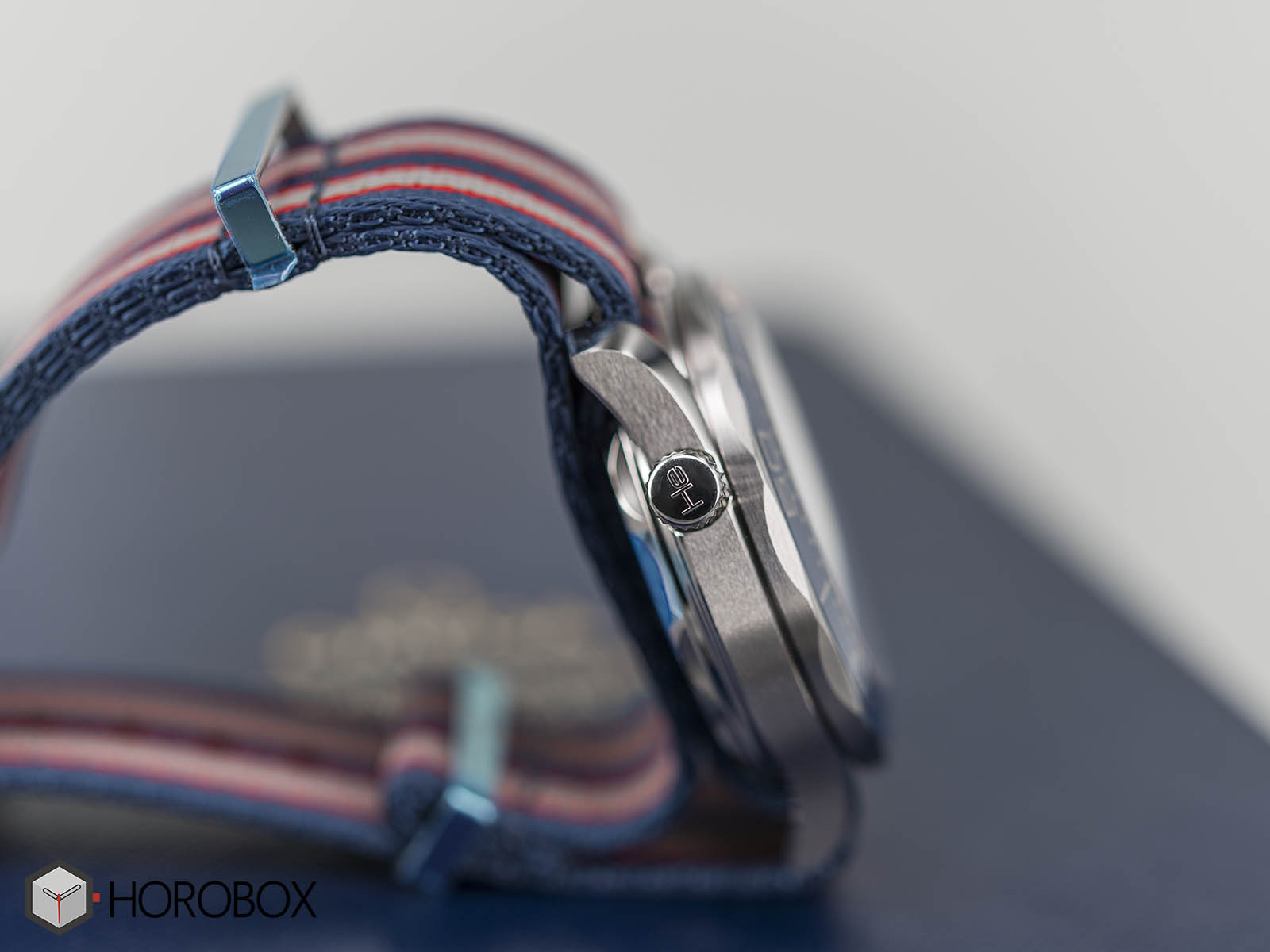 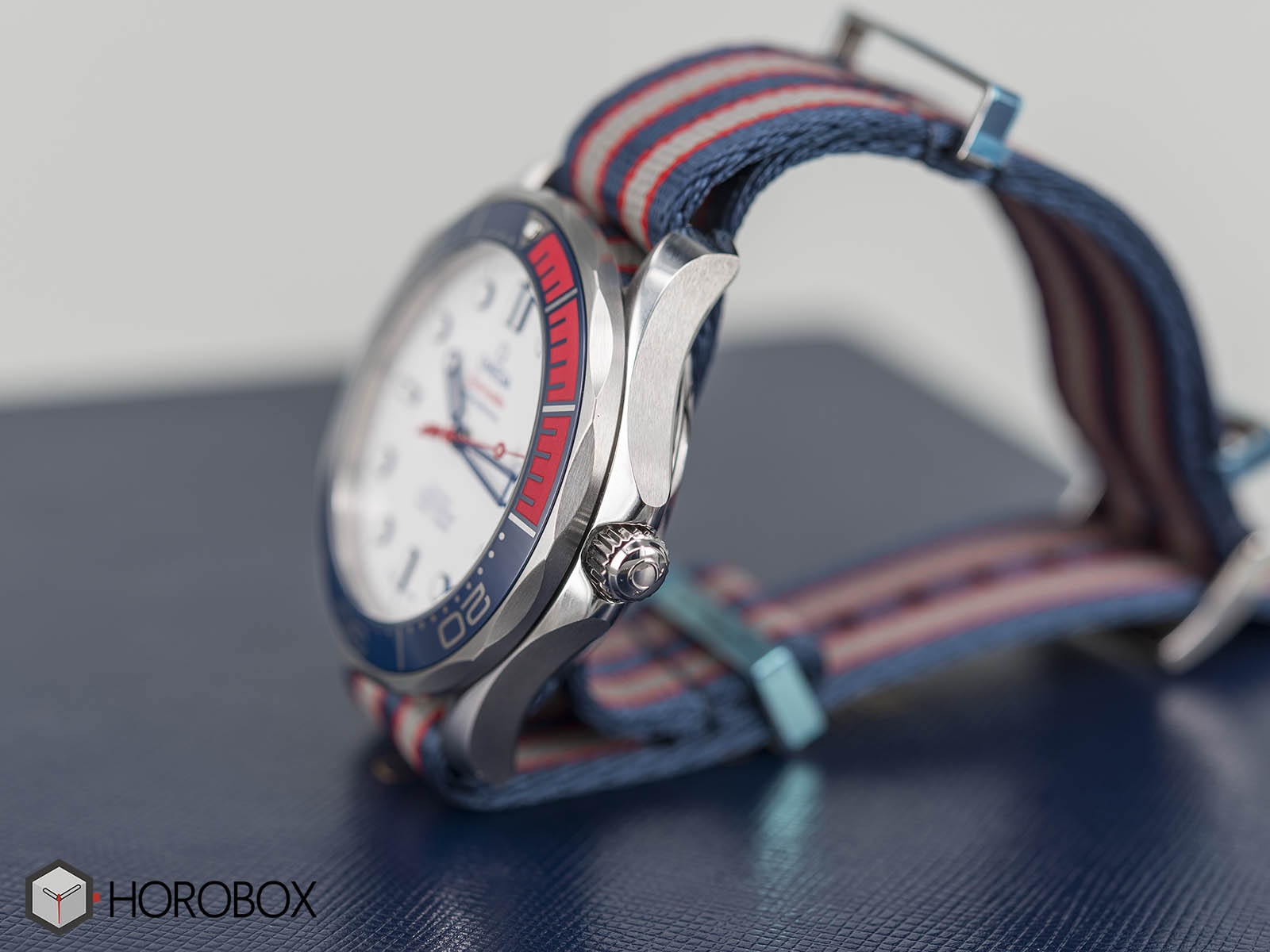 The exclusive details that tribute to James Bond and British Royal Navy can be seen on the dial as well. The red and blue accents over the white surface evoke the official colors of the British Royal Navy. The hour and minute hands, which are exclusive to the Omega SMP300 Professional model family, are accompanied with a 007 signed second hand. The hands and indices are treated with white SuperLuminova for better legibility at dark environments. The date window, which features a date disk with red lettering for 7 and blue for the rest of the figures, is located at 3 o’clock. All the logos and texts are stamped on the plain white dial which I find a little less impressive when compared to the other versions in the collection. 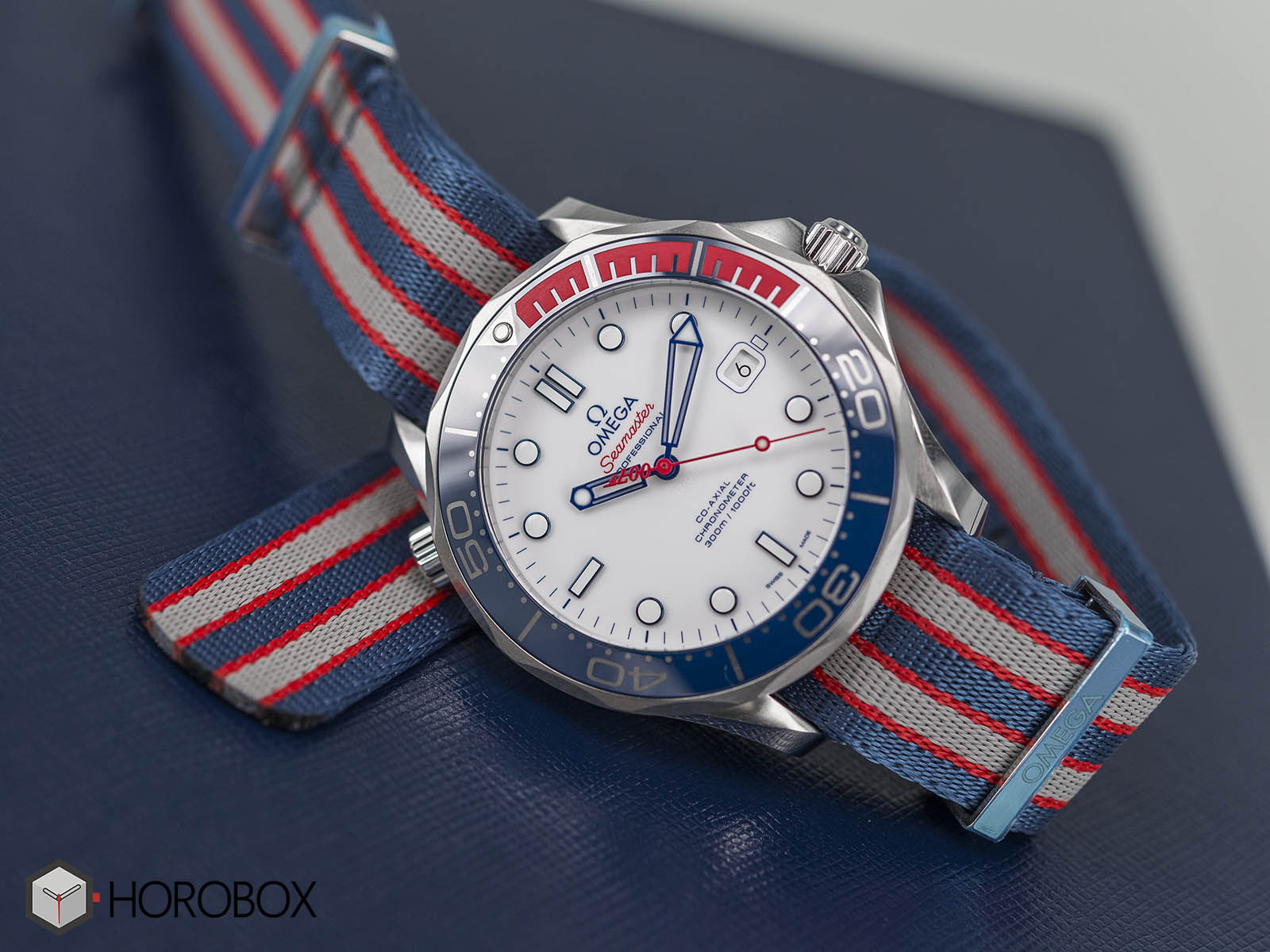 The new model is powered by the brand’s in-house Caliber Ref. 2507. Self-winding movement beats at 25200vph and offers a 48 hour power reserve when fully wound. The oscillating rotor of the Co-Axial escapement movement is decorated with details that are inspired by the British Royal Navy Commander’s uniform and can be enjoyed through the sapphire crystal display caseback. 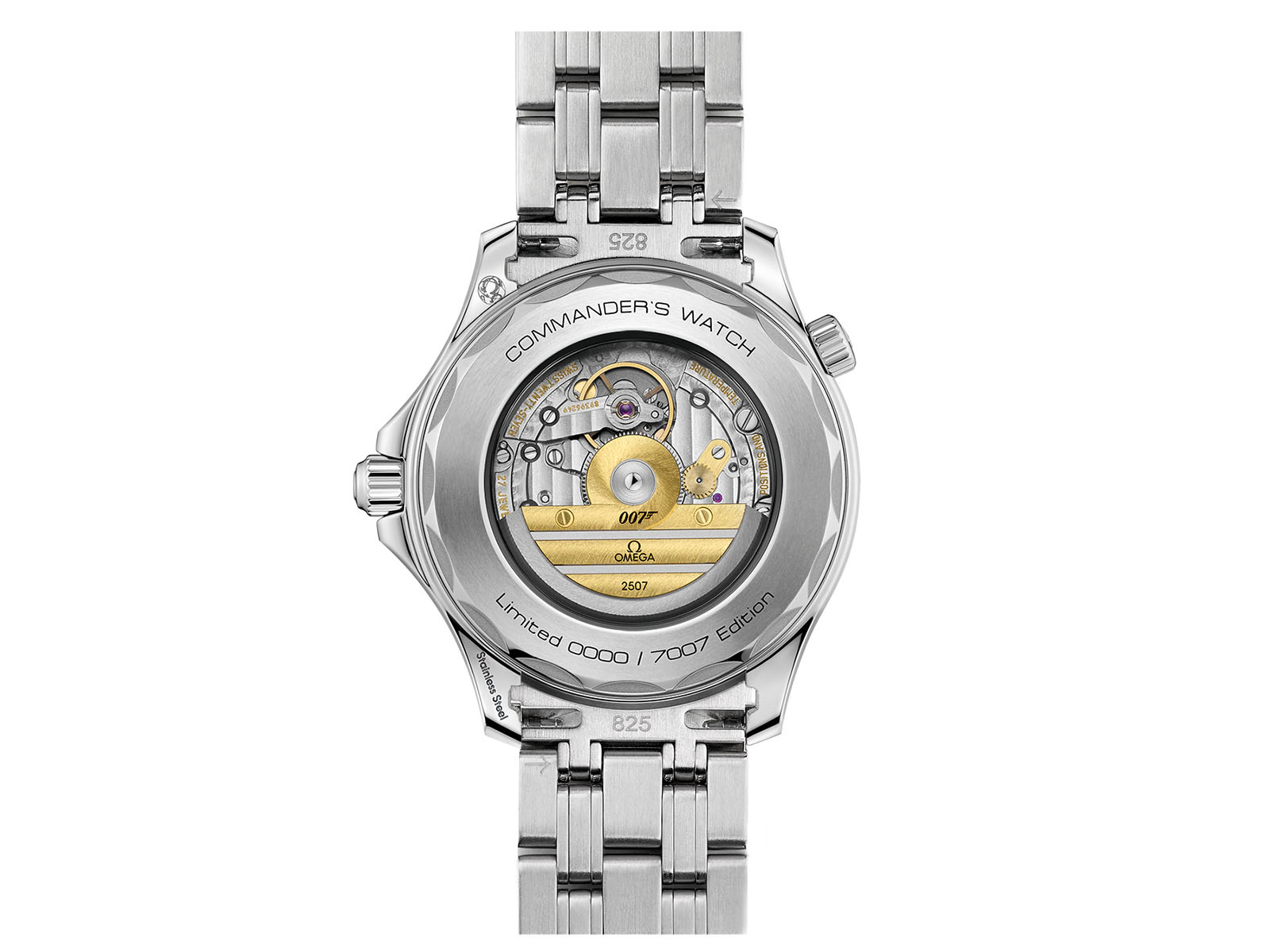 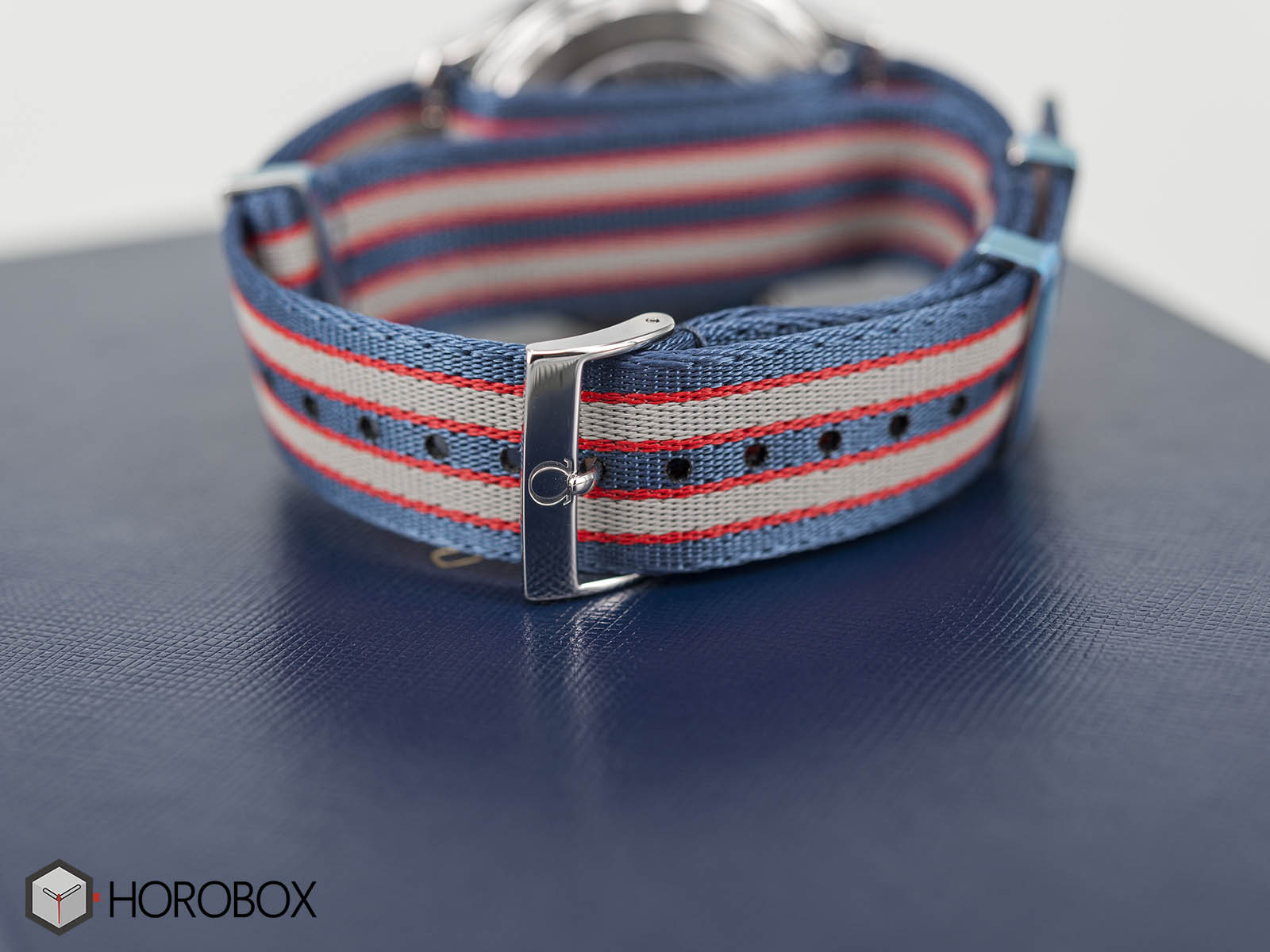 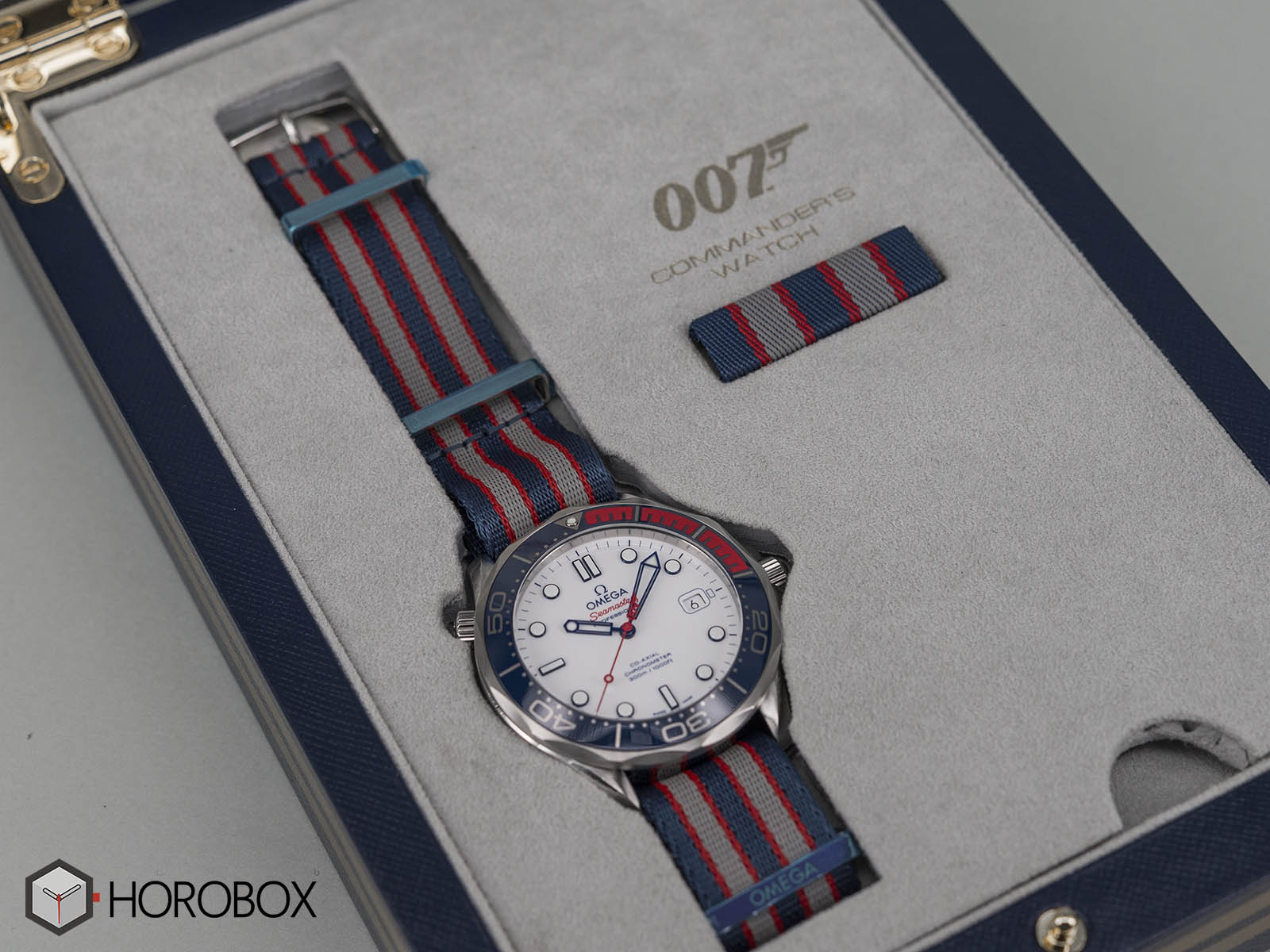 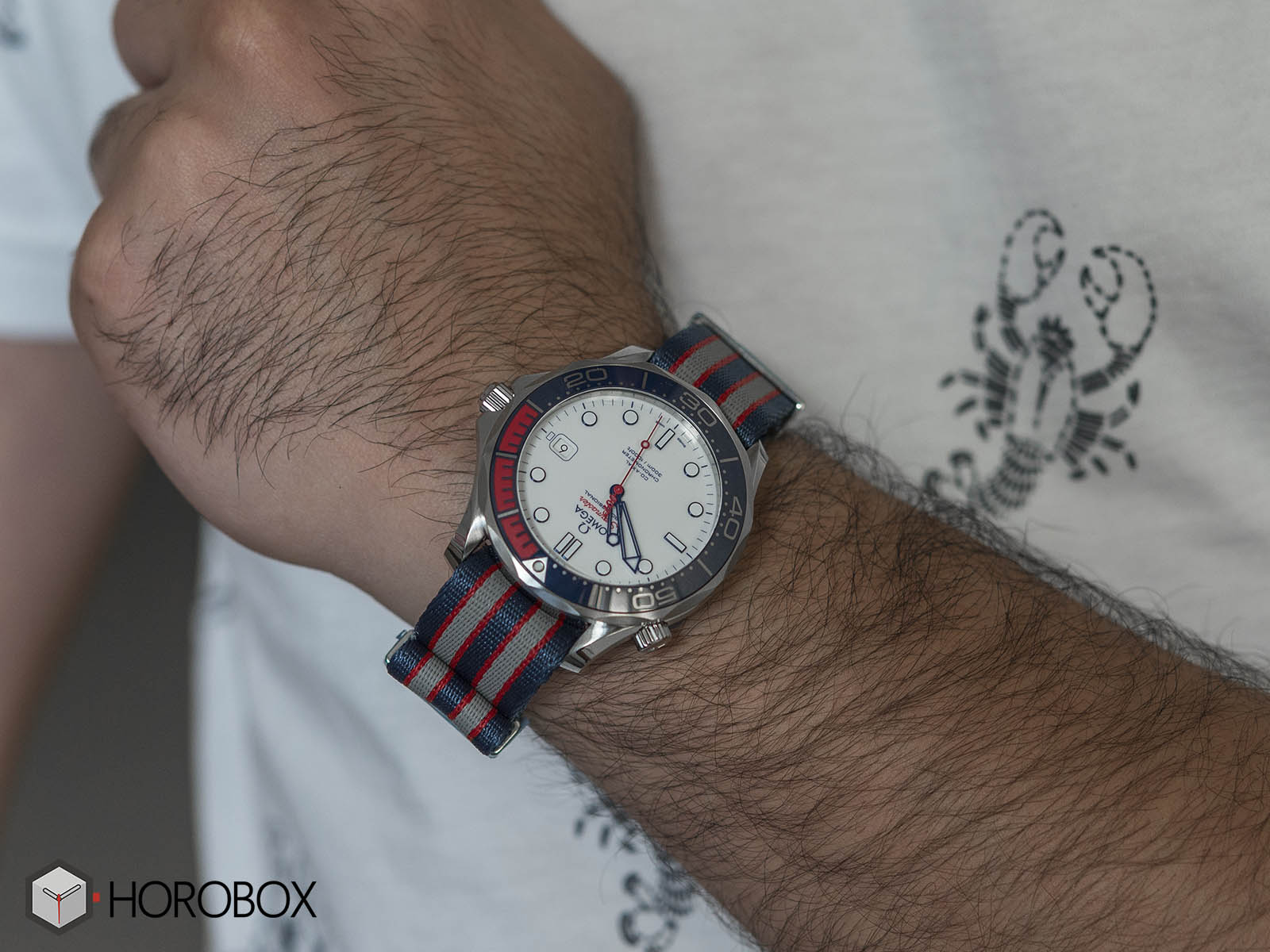 There is also an 18K solid yellow gold version limited to 7 units only with a price tag of CHF 28,800. 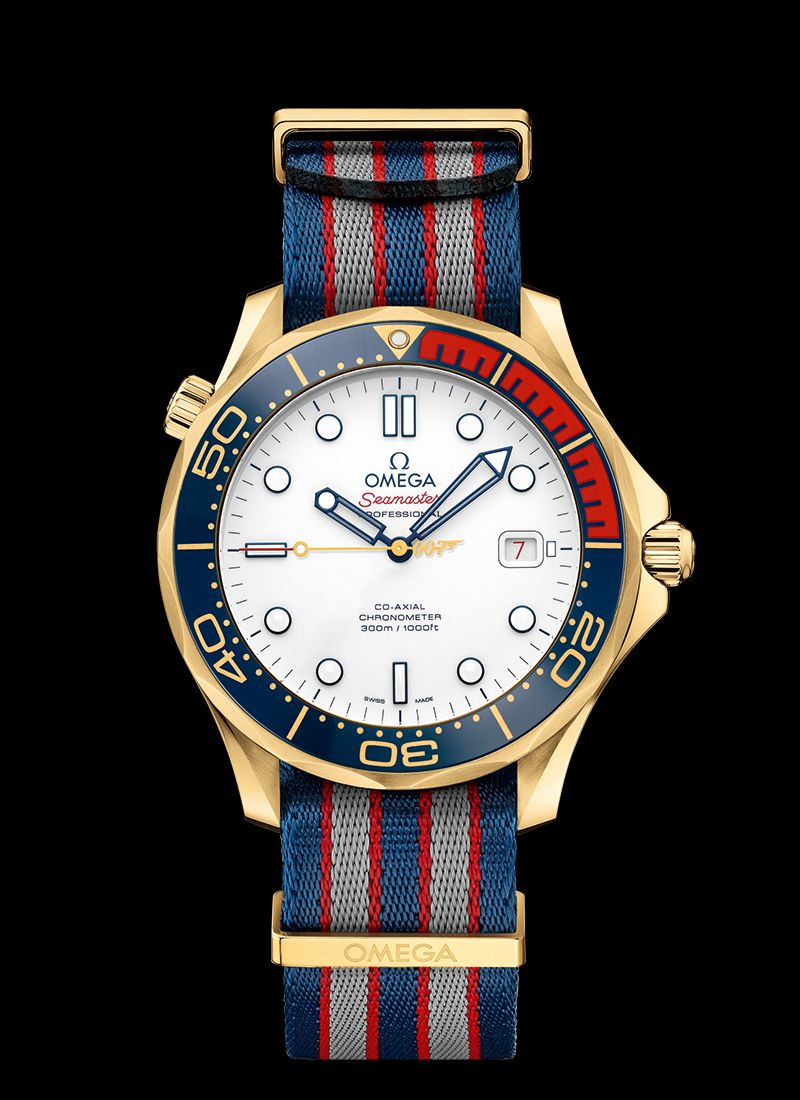