A. Lange & Söhne added a new one to the models introduced to commemorate the 25th anniversary of its cult model, Lange 1. 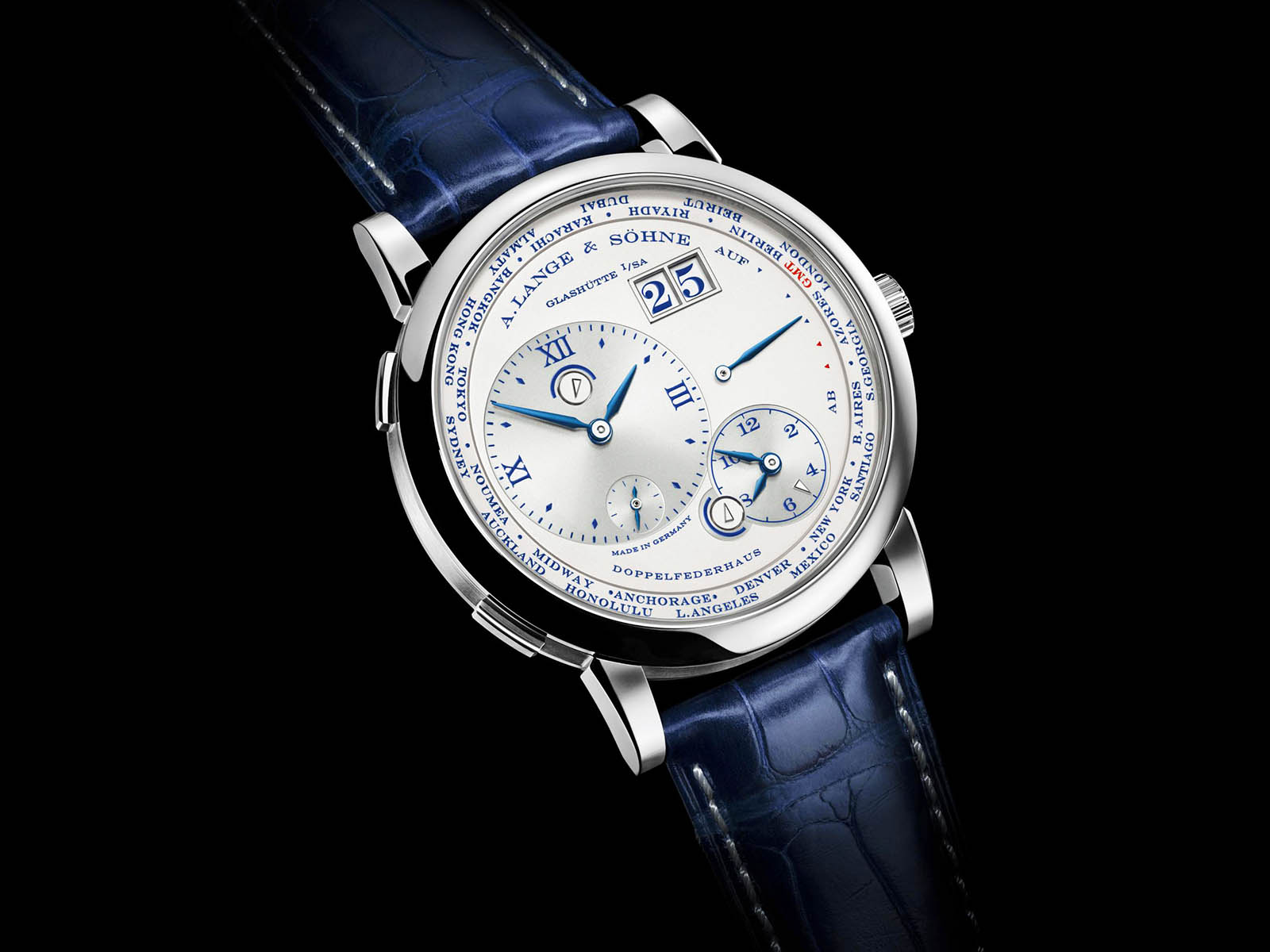 The Lange 1 Time Zone, which was introduced to the world of luxury watchmaking in 2005, is still considered one of the most refined examples among the models with a second time zone display function. The model that combines the timeless design of Lange 1 with the travel watch concept, once again salutes the watch enthusiasts with a limited version. 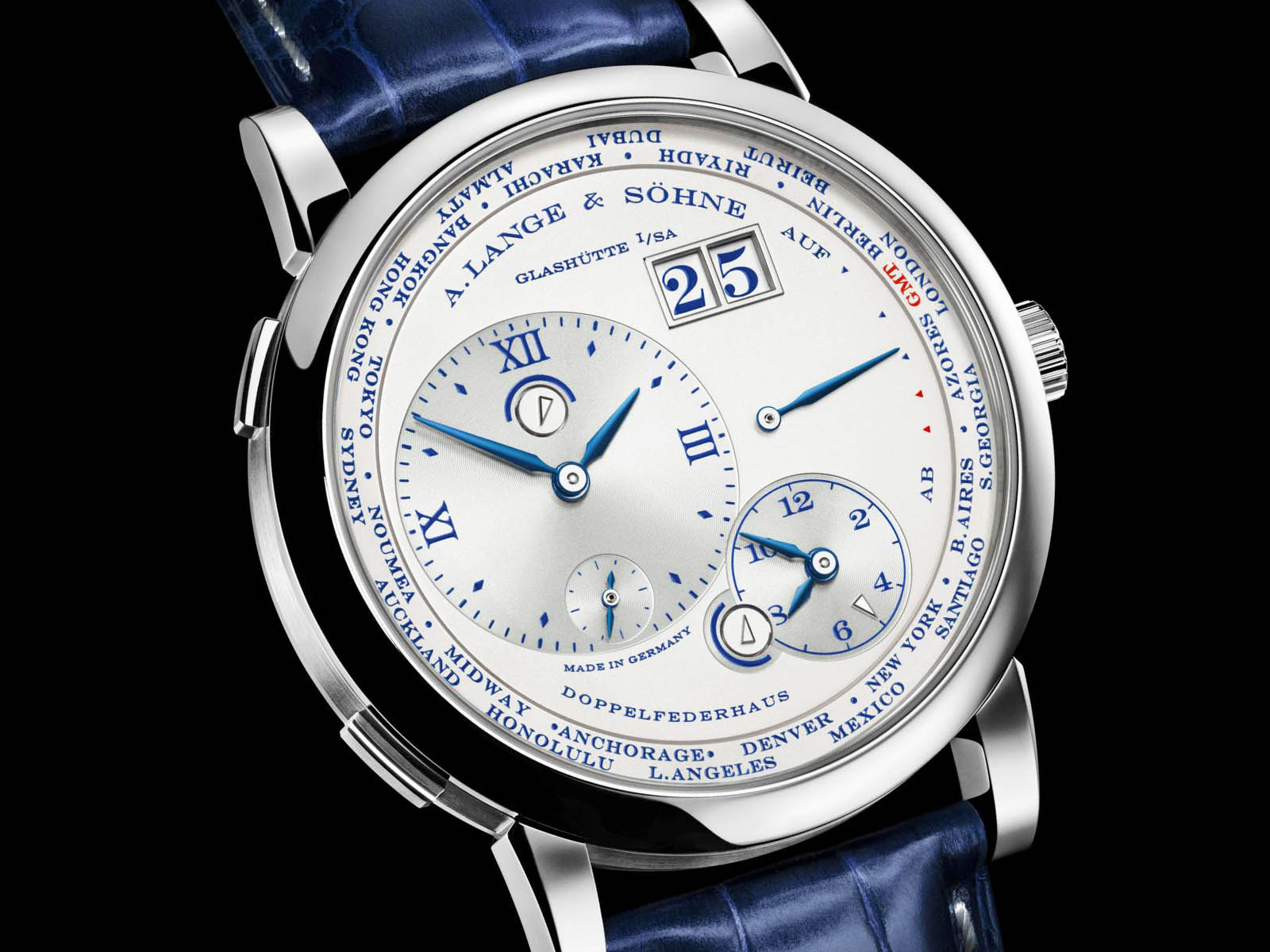 The new model, similar to the previous models designed to commemorate the 25th anniversary of the Lange 1, comes with an 18K white gold case. Measuring 41.9mm in diameter and 10.9mm in height, the case is equipped with anti-glare coated scratch resistant sapphire crystals on both sides. Water resistant to 30 meters / 3 bars, the case sports a winding crown at the rights side and a pair of pushers at the left side. 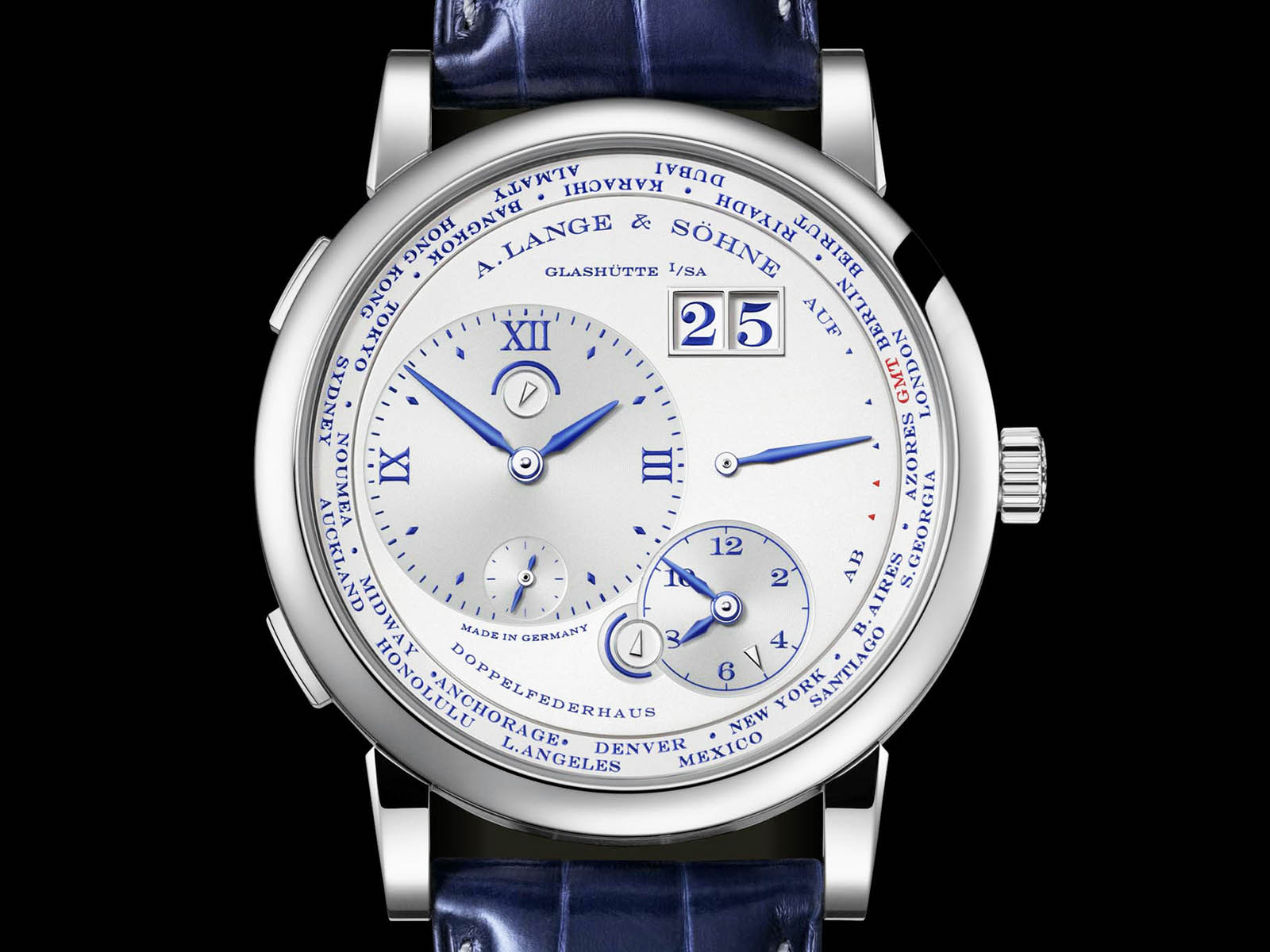 The model’s dial shares the same design language with the previously released 25th anniversary models featuring a silvery background and blue accents. Hosting the peripheral cities ring rendered in blue as well, the only different color present on the dial is red, which is used in the power reserve indicator as well as the Greenwich Mean Time marking on the cities ring. The dial is brilliantly designed to read, effortlessly, the home time on the main dial and local time on a sub dial, each accompanied by its own day and night indicator. 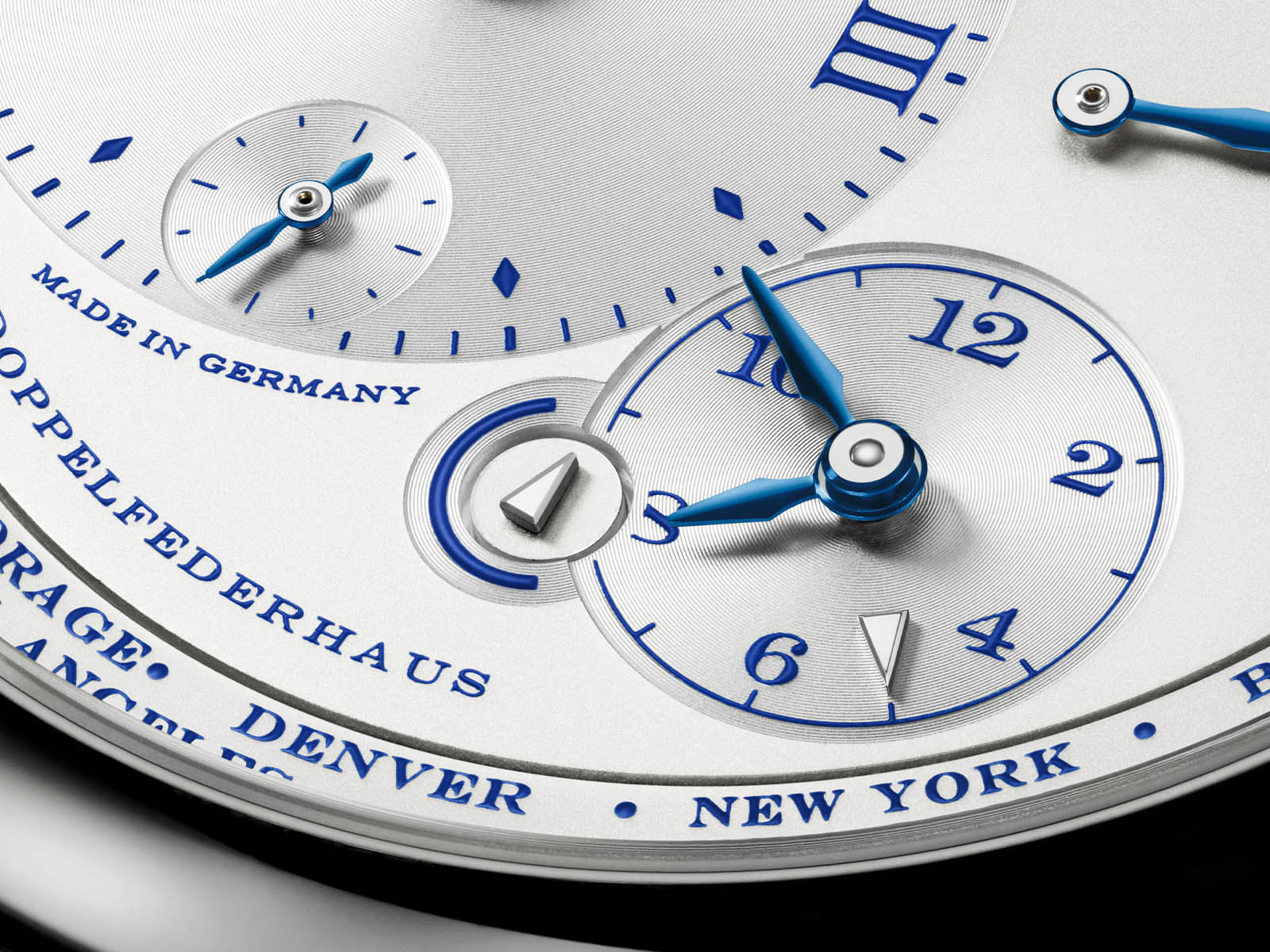 A. Lange & Söhne Lange 1 Time Zone “25th Anniversary” is powered by the manufacture Caliber L031.1, based on the manual winding movement used in the early Lange 1 models. The movement, which is equipped with signature ALS details like the three-quarter plate made of untreated German silver, screwed gold chatons, swan’s neck regulator index and hand engraved gear train offers up to 72 hours of power reserve thanks to its twin mainspring barrels for a 72-hour power reserve. 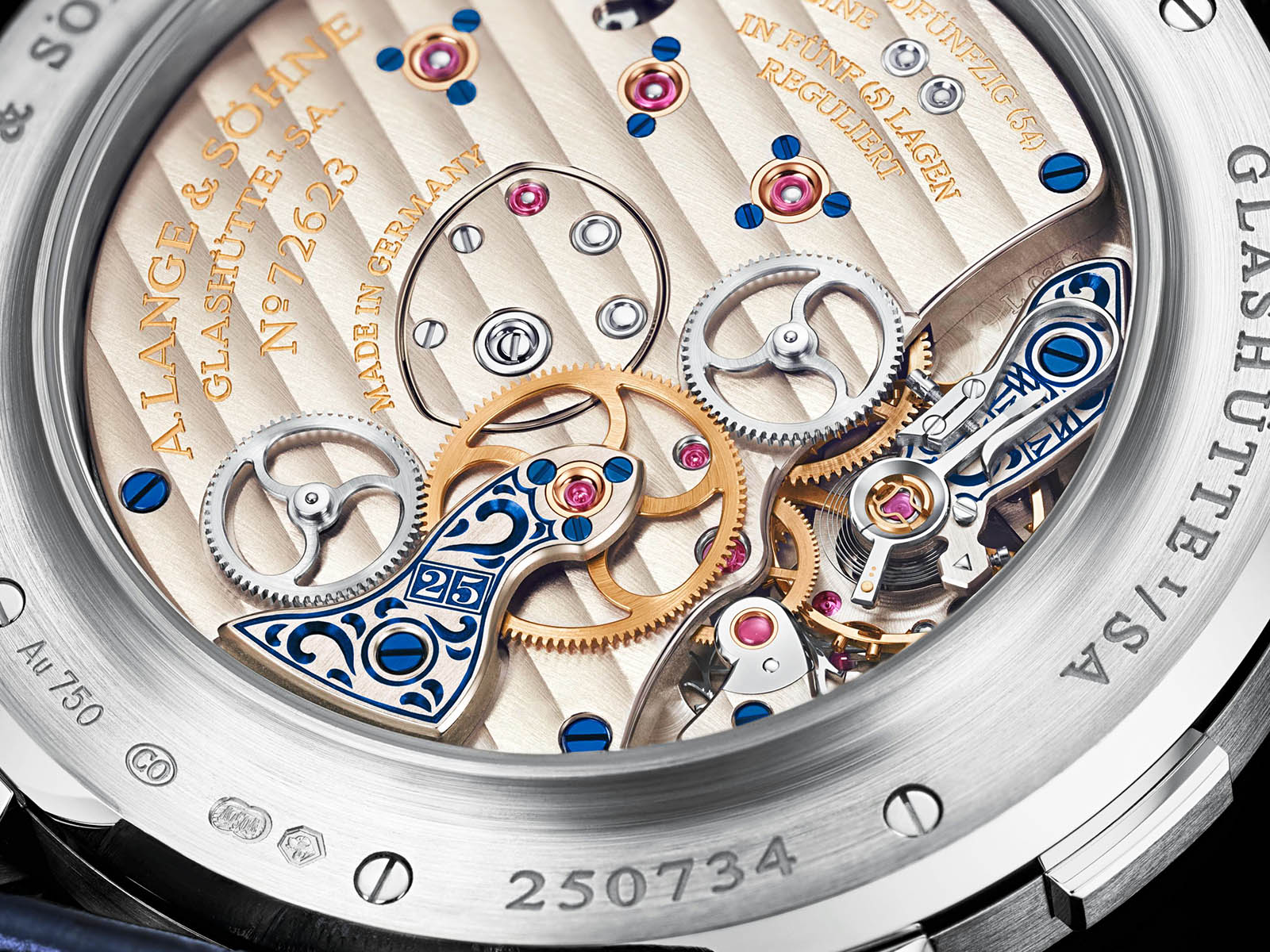 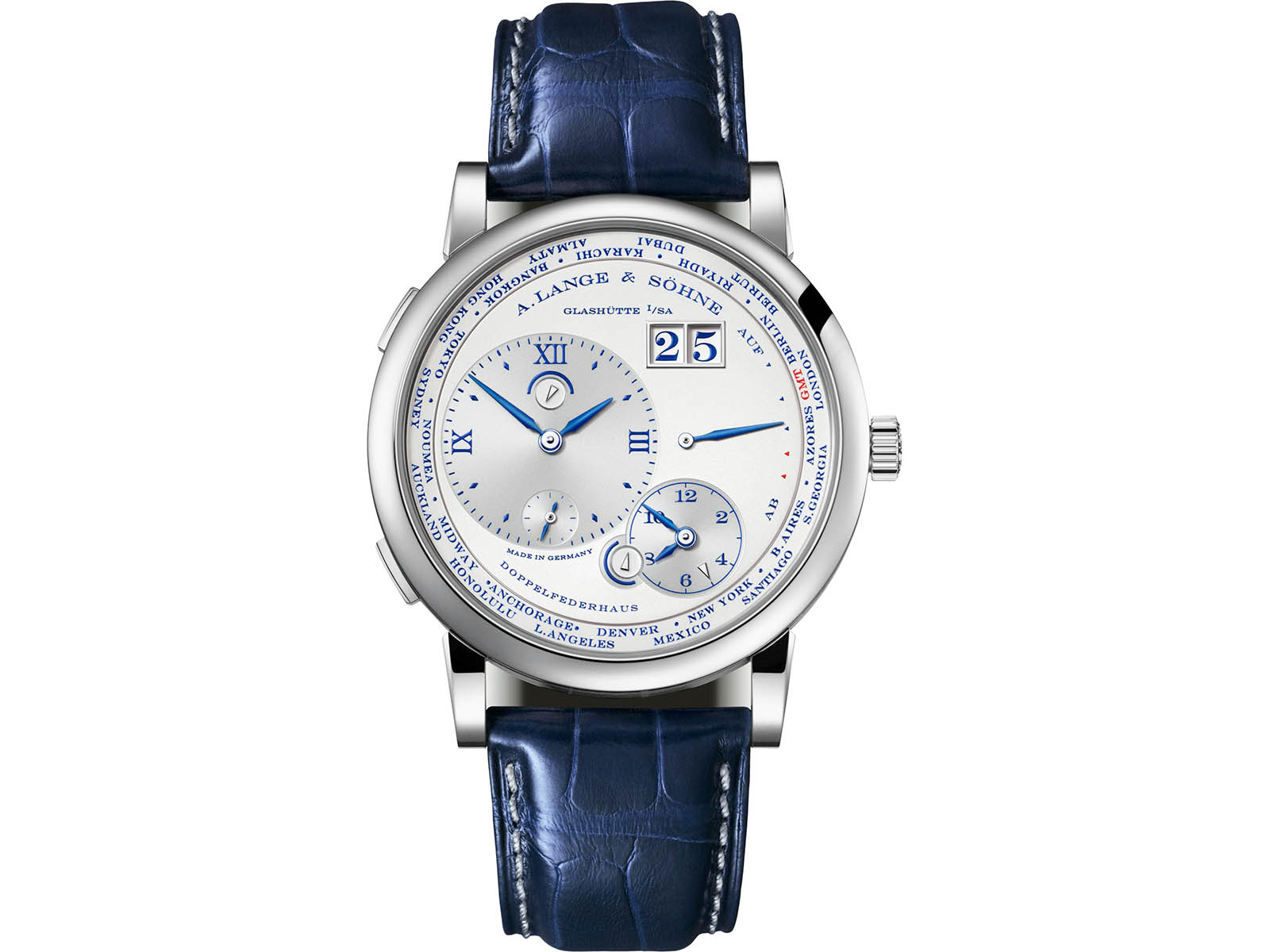 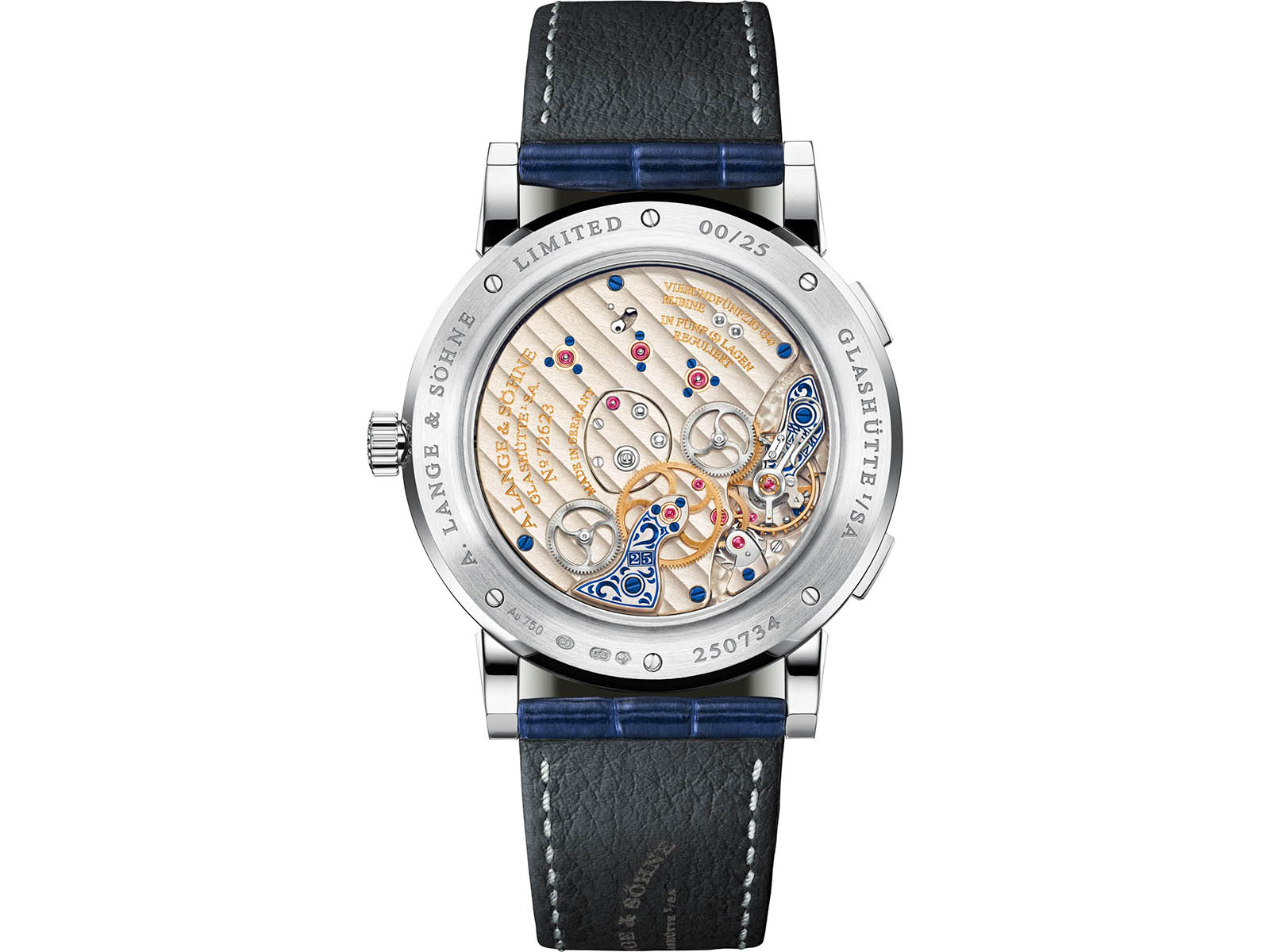