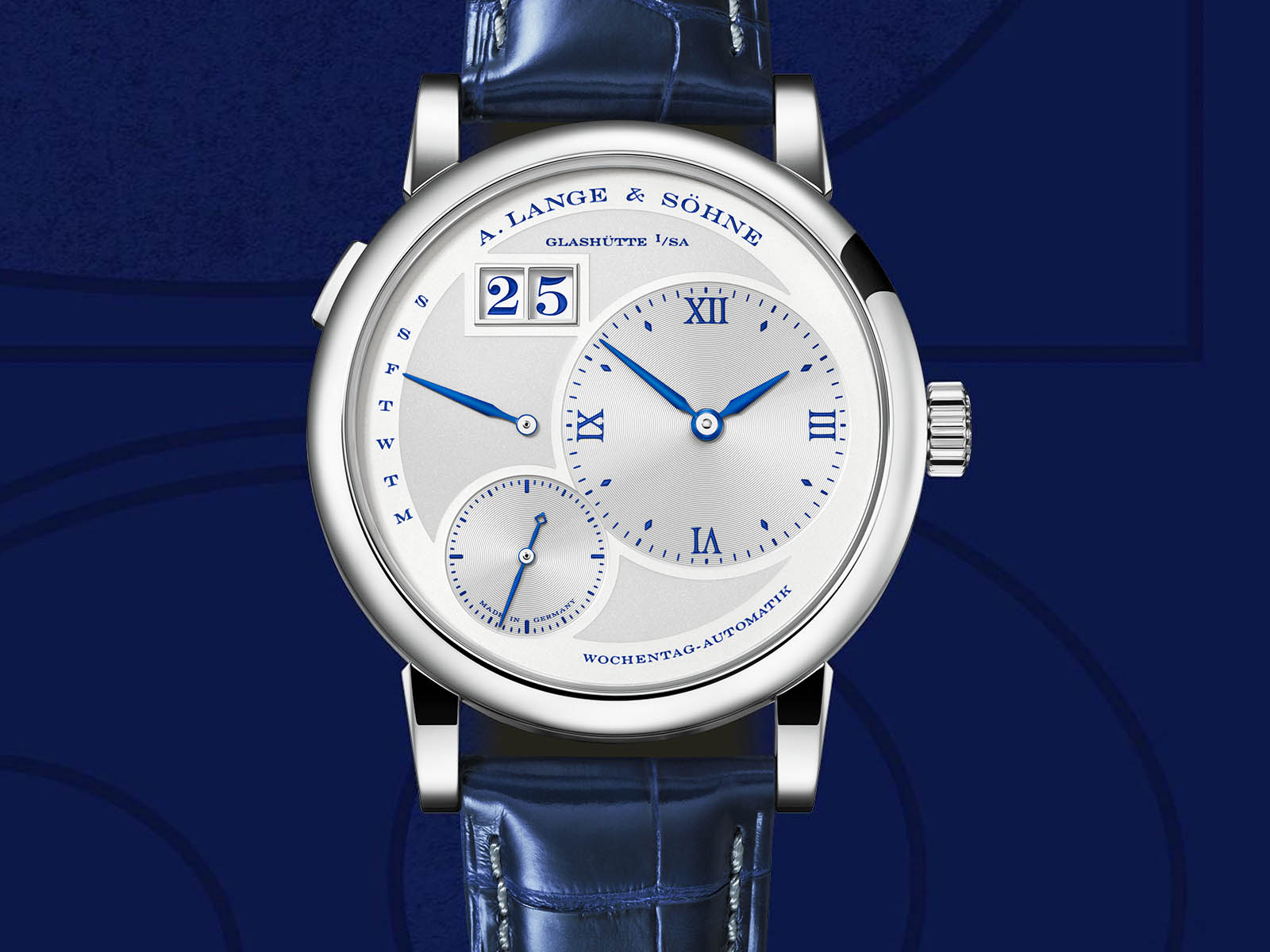 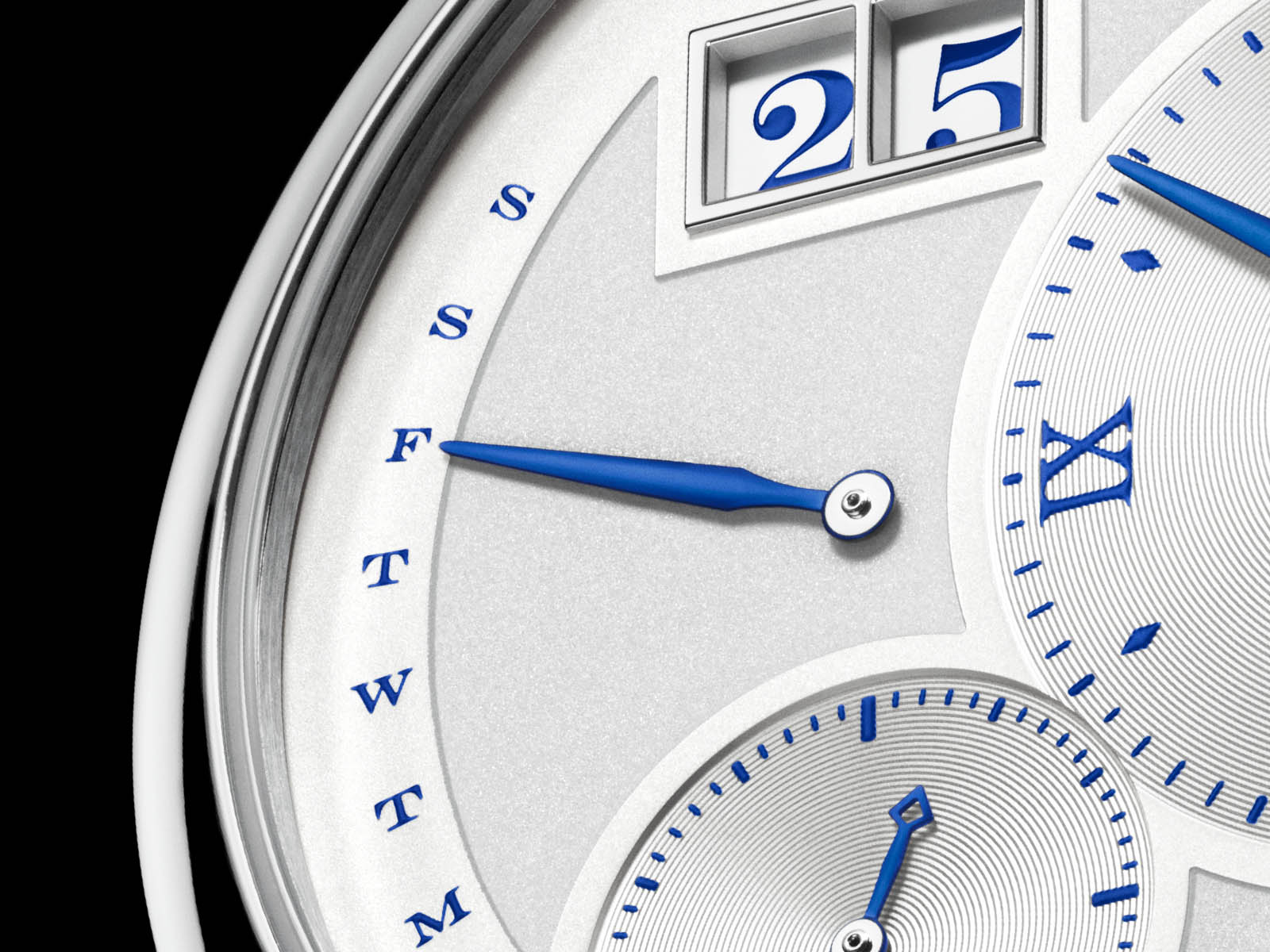 At first glance, the Lange 1 Daymatic may look the same as the Lange 1. However, there are two main differences; the first is the reverse design of the dial using the mirror effect, and the second is the automatic movement inside. The Lange 1 Daymatic “25th Anniversary” features the hour and minute scale on the right. The seconds sub-dial and the large date display are located on the left. Instead of the power reserve scale in Lange 1, the day indicator stands out in the opposite position. A. Lange & Söhne, who finds it more logical to have the day indicator on an automatic watch than a power reserve indicator, says the large scale of history is now complete. 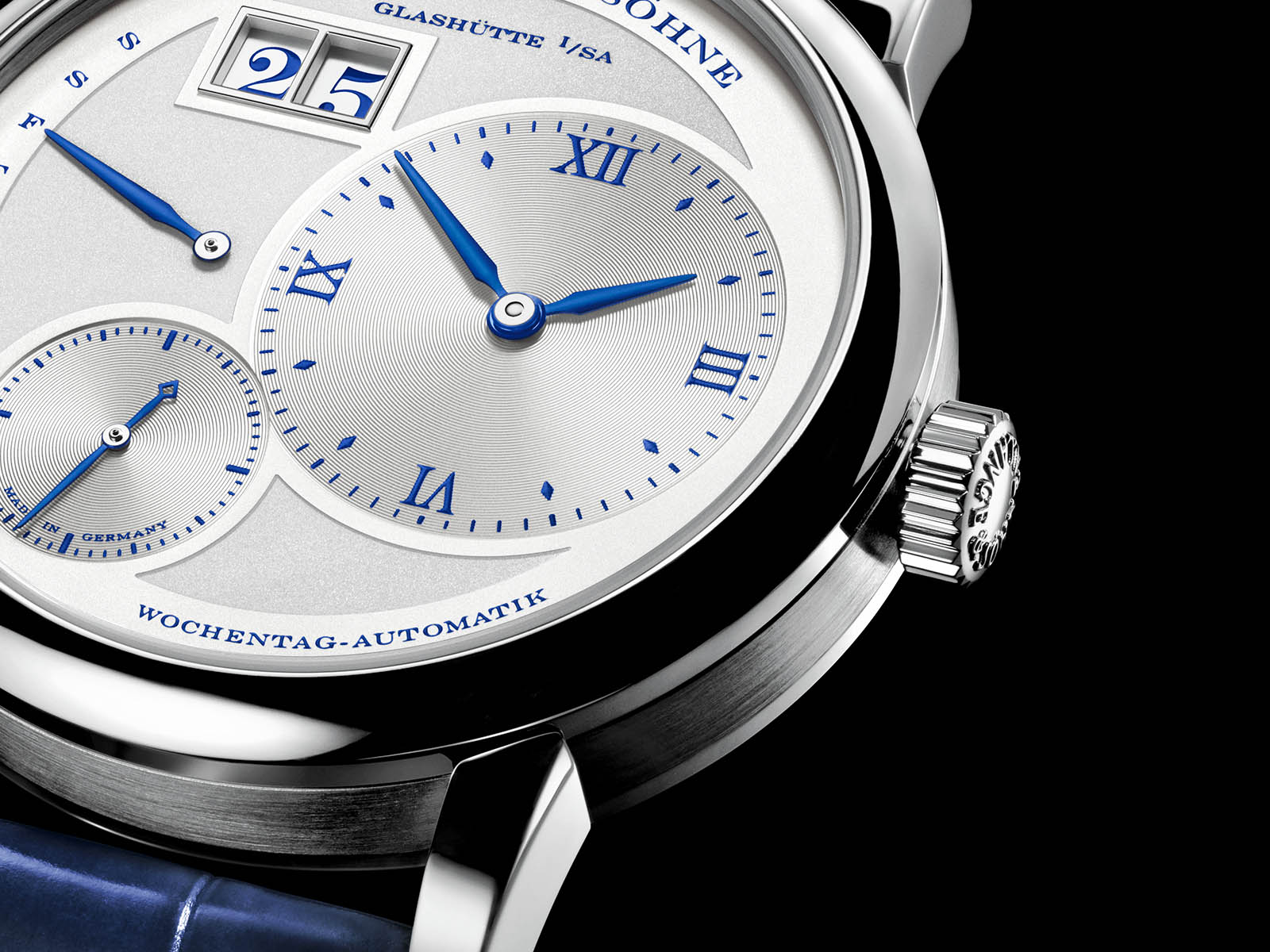 A. Lange & Söhne Lange 1 Daymatic “25th Anniversary” comes in an 18K white gold case measuring 39.5mm in diameter. On both sides of the case are sapphire crystals with anti-reflection coating. 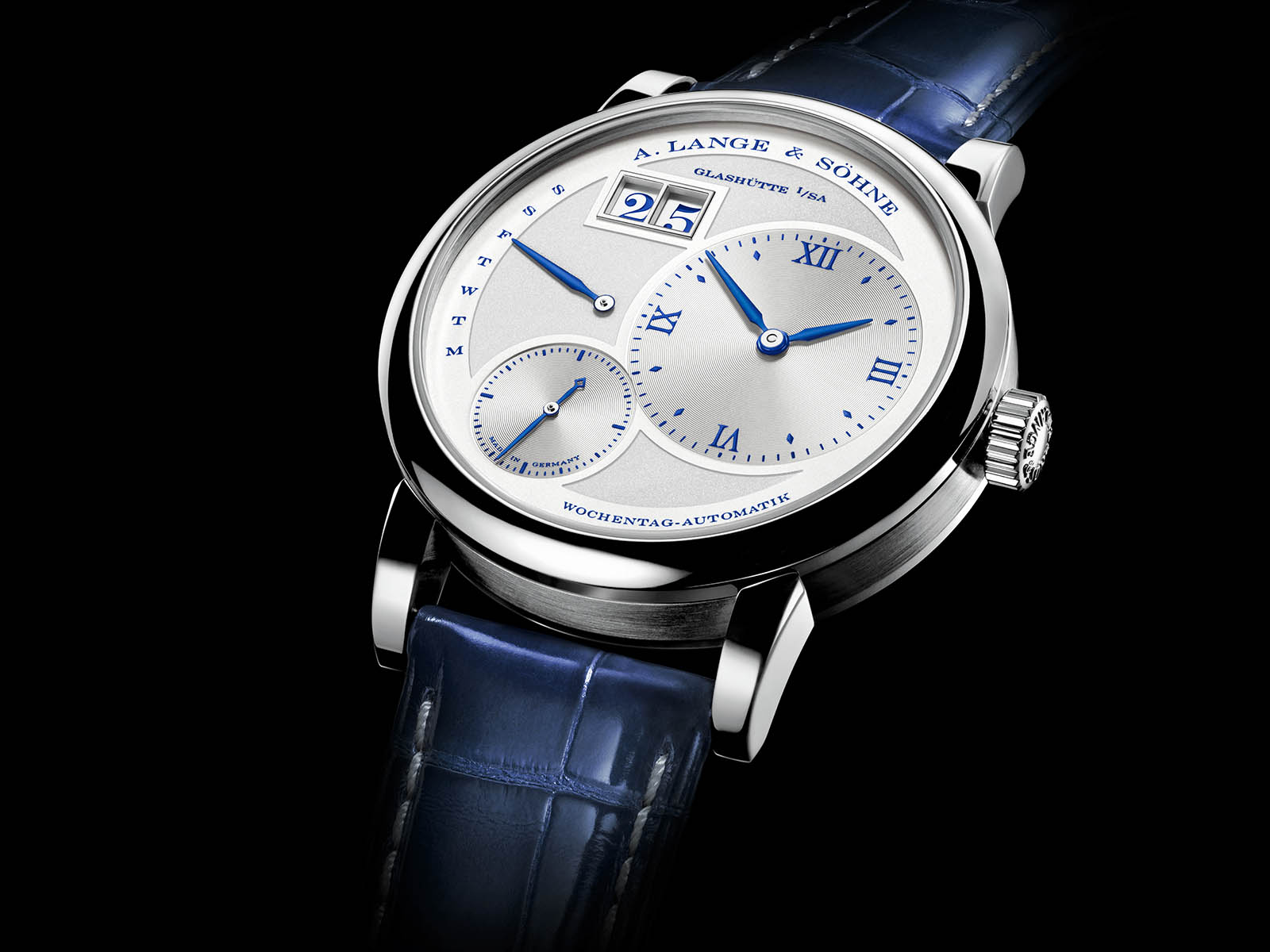 The silver dial is complemented by blued steel hands, just like the other models in the collection. All the texts, including the figures on the Big Lange date display, have a blue hue that is compatible with the hands. 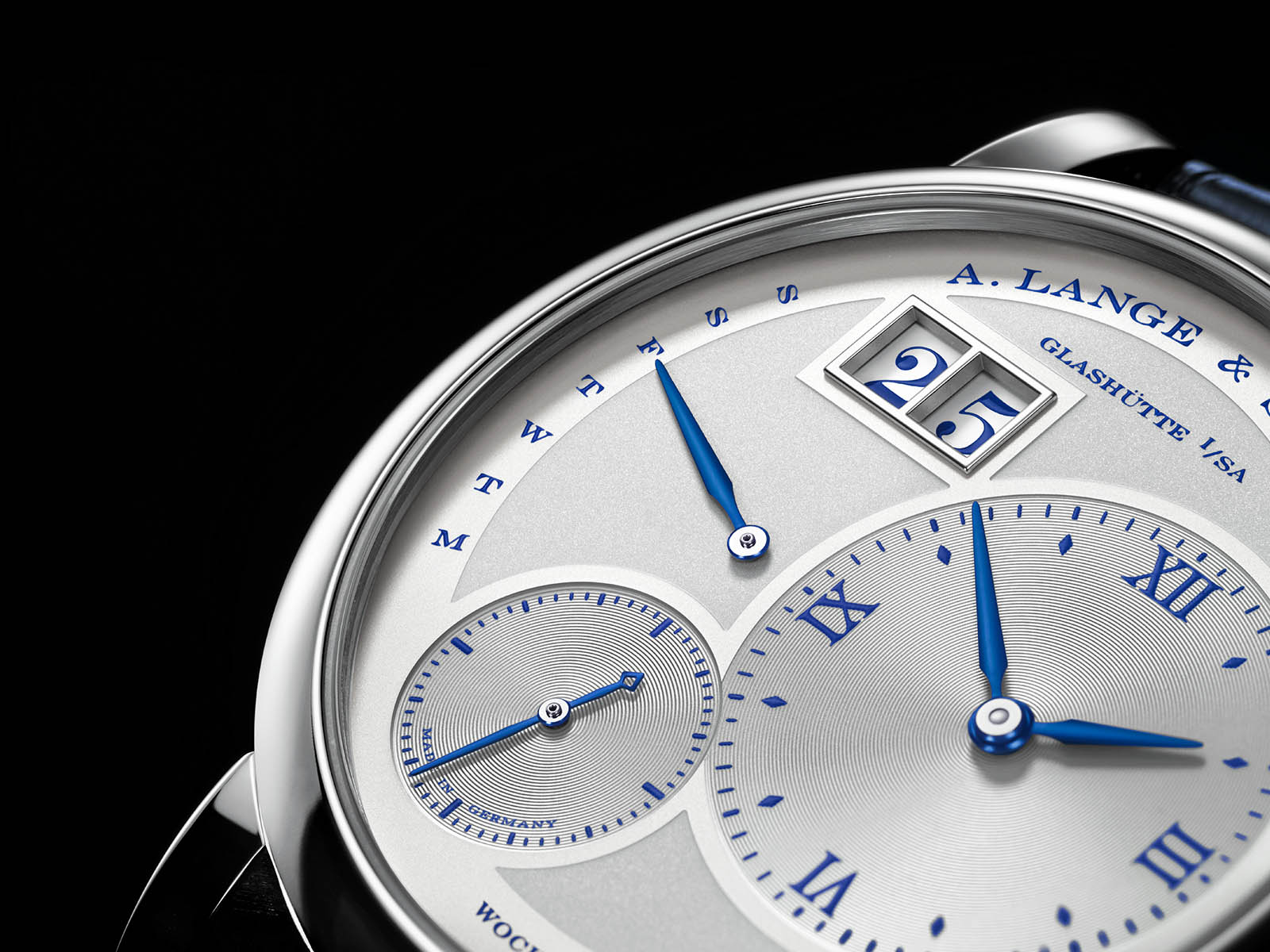 The model is powered by the brands manufacture self-winding movement, Caliber L021.1, which offers up to 50 hours of power reserve when fully wound. 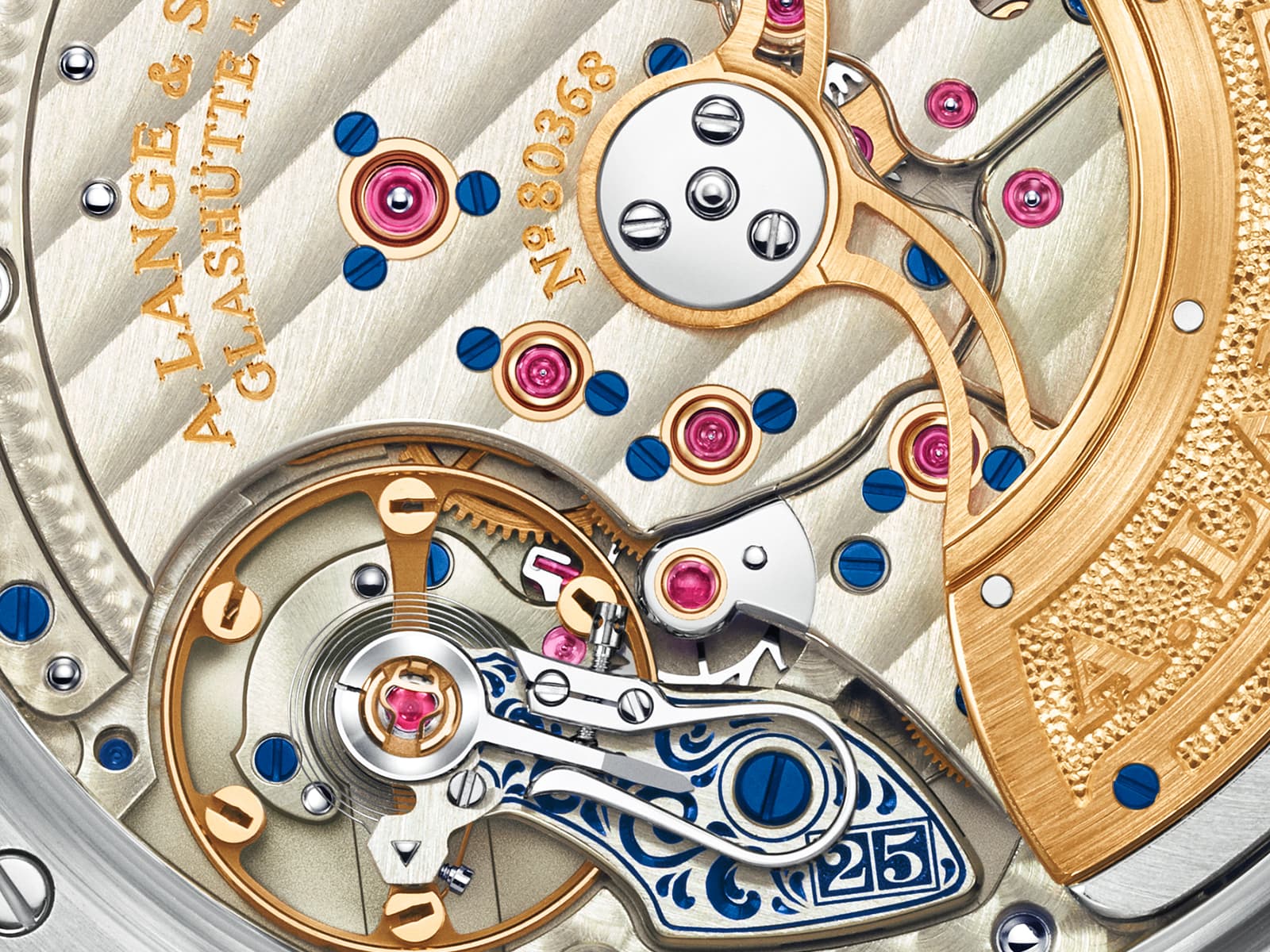 Limited to a span of 25 units only, A. Lange & Söhne Lange 1 Daymatic “25th Anniversary” comes on a hand-sewn blue alligator strap and an 18K white gold buckle that highlights the two-tone concept. The MSRP is 44,200 EUR. 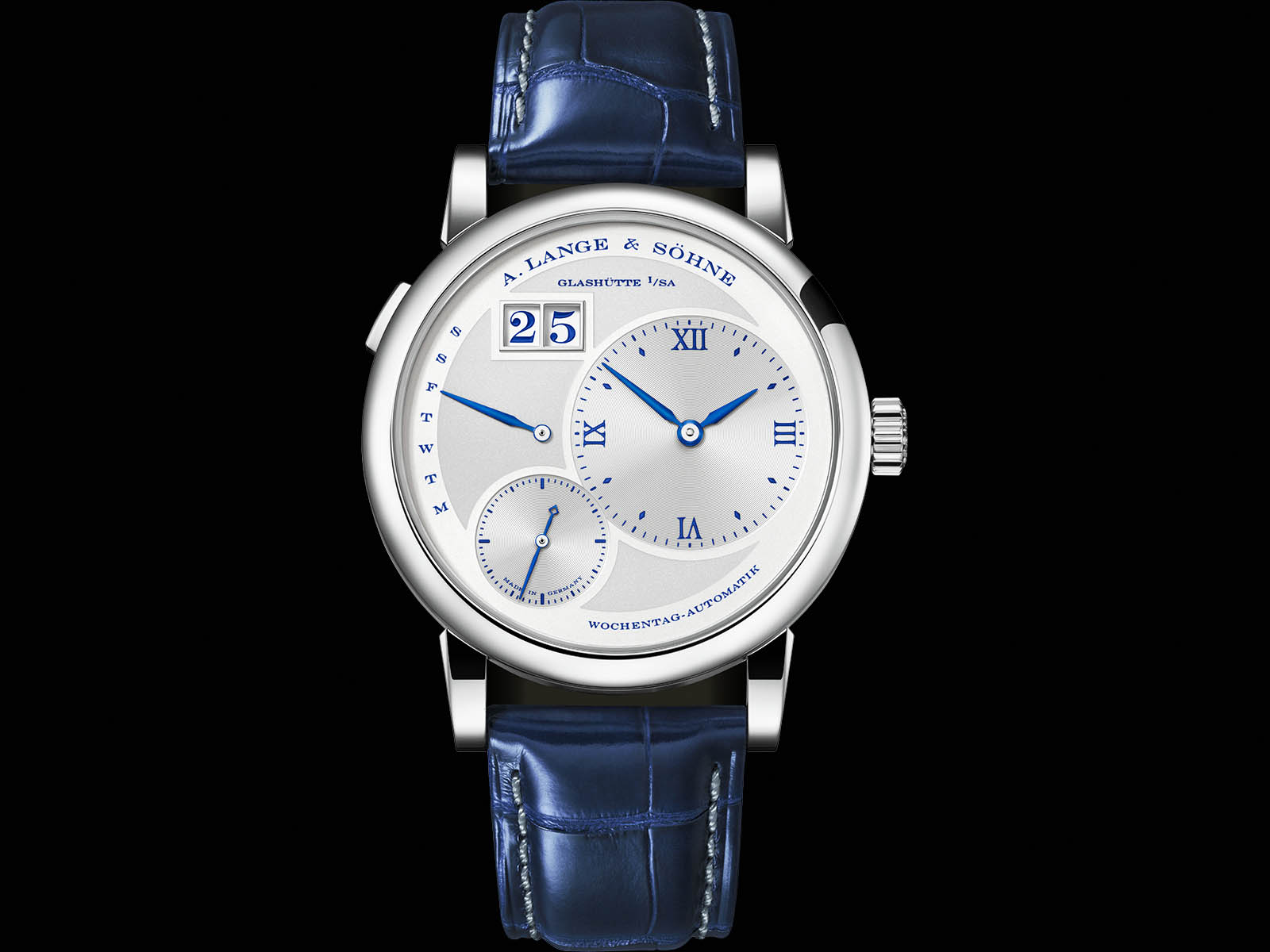 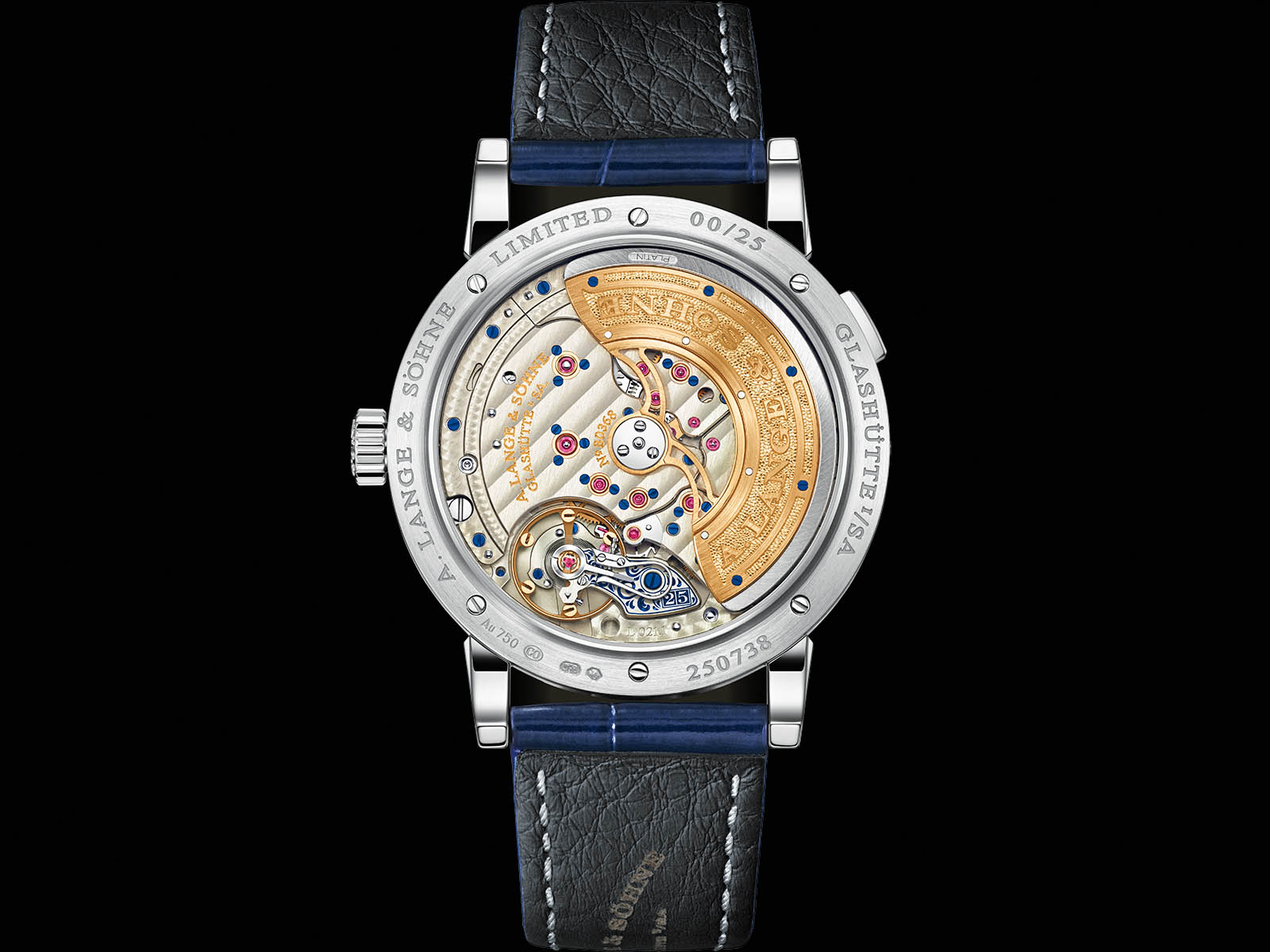