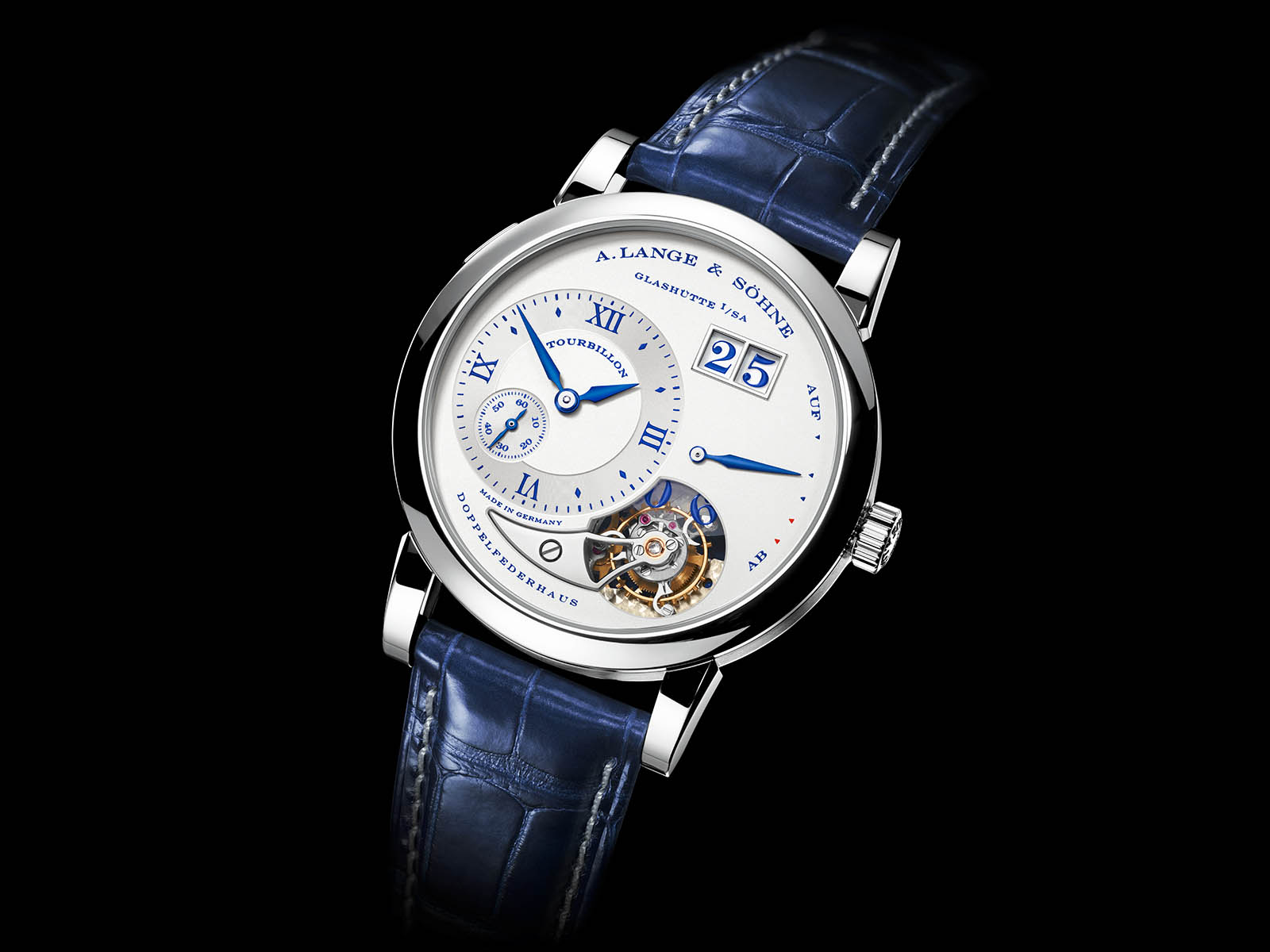 When the Lange 1 Tourbillon was introduced, it was described as “a watch made for special occasions”. Together with this model, A. Lange & Söhne moved from the 20th century to the 21st century and continued a tradition based on the “belle époque” in Paris. 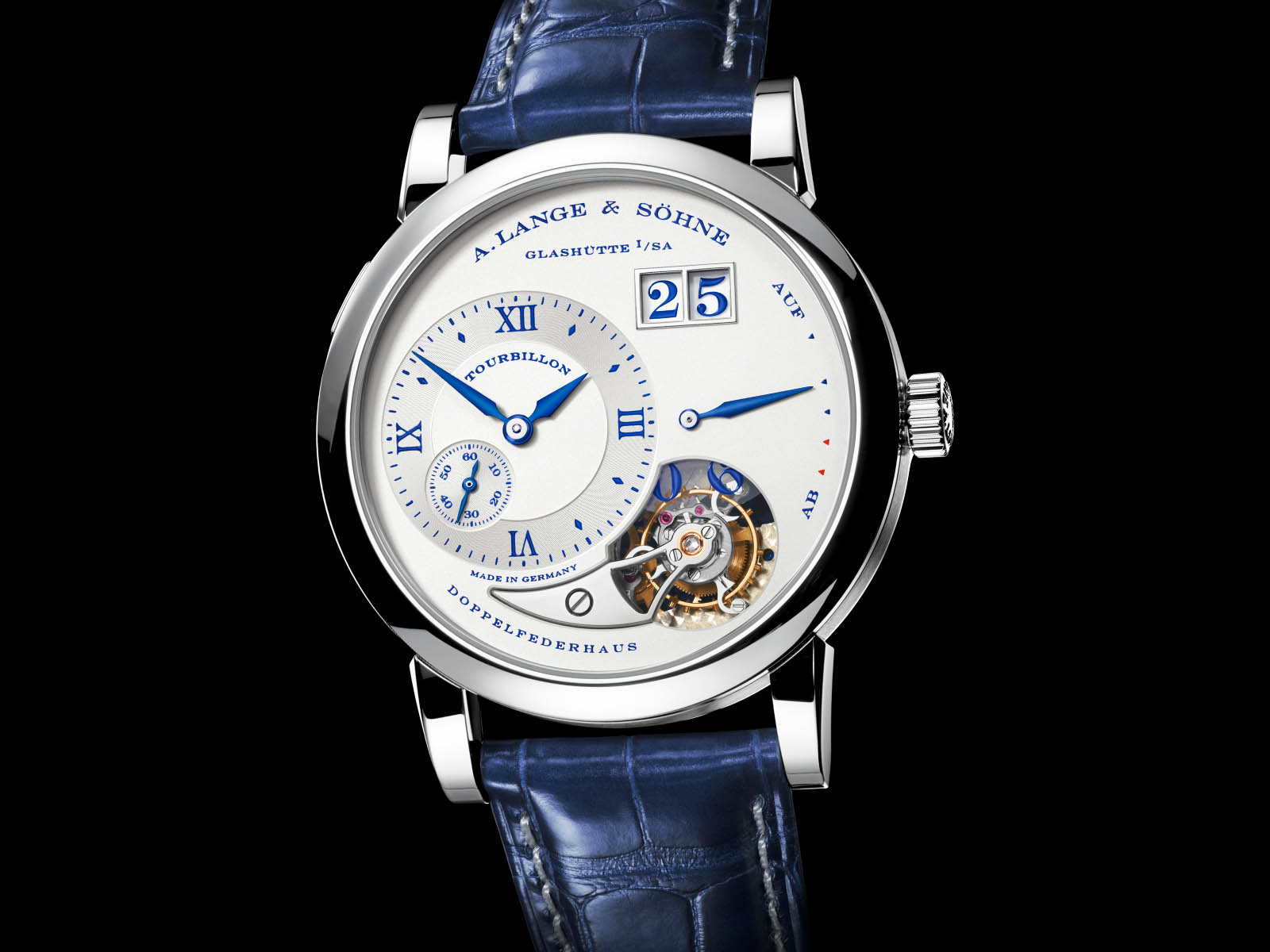 In 2010, Lange 1 Tourbillon, part of the “165 Years - Homage to F. A. Lange” anniversary collection, was one of the first three watches with a case made of Honey Gold, a material exclusive to Lange only. While celebrating its 20th birthday in 2014, Lange 1 introduced the fourth model of the Handwerkskunts series with a platinum case, rare movement decorations, and a black enamel dial. 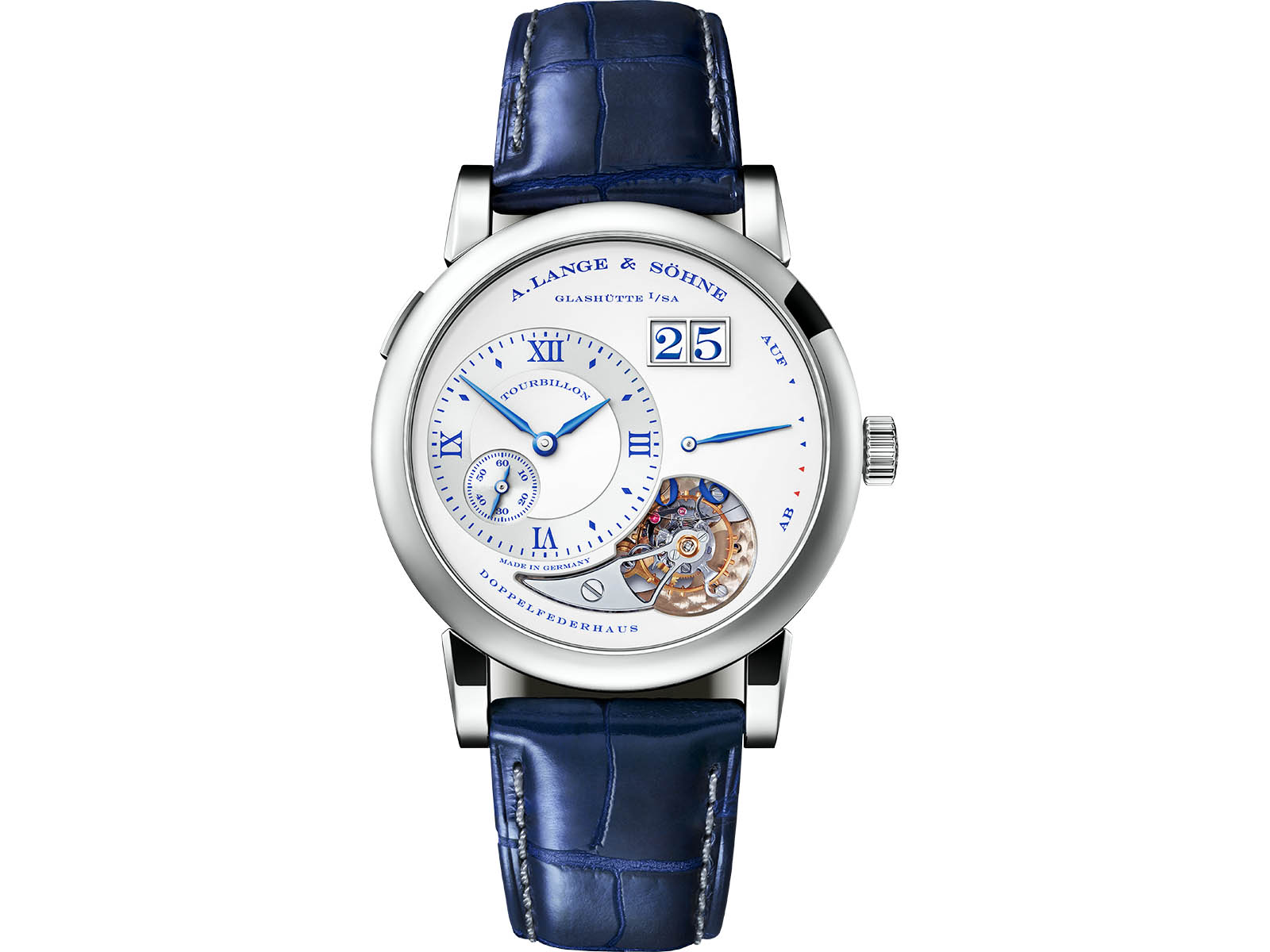 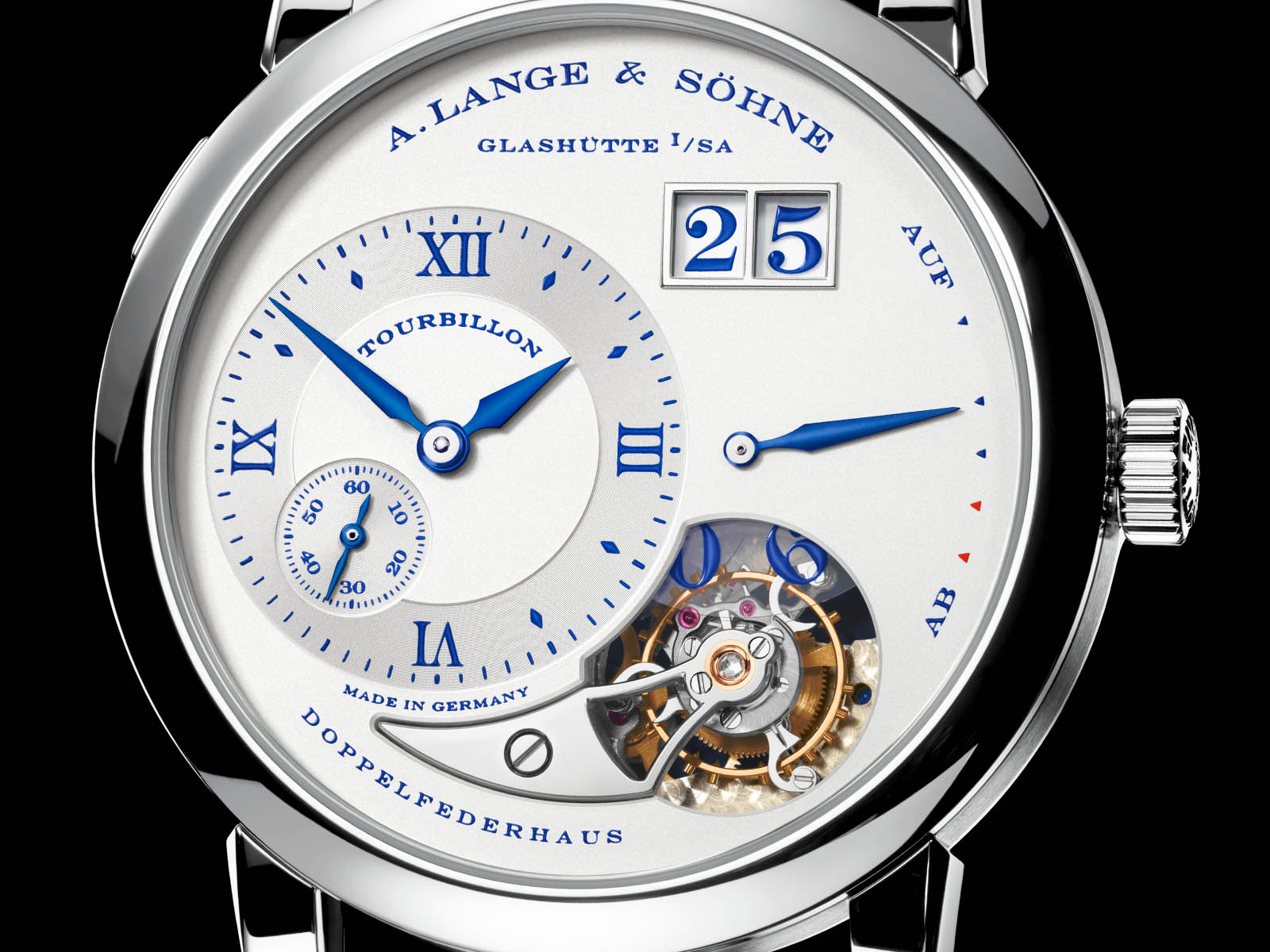 One minute tourbillon, which can be easily watched from the dial, has a ‘stop-seconds’ mechanism. The patented system ensures that the balance inside the rotating tourbillon cage is stopped immediately. 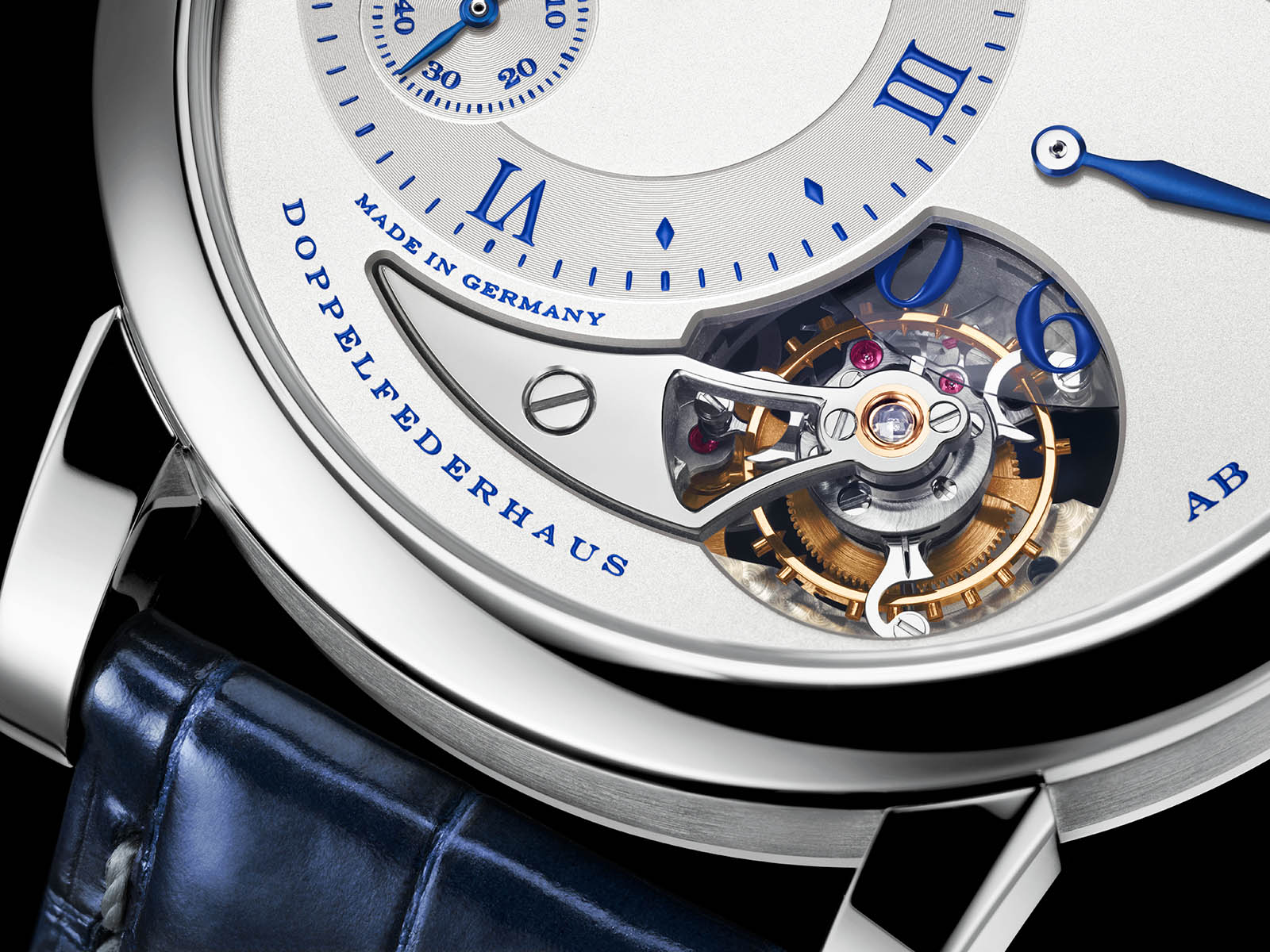 The Tourbillon bridge, which is integrated into the dial, uses a black polishing technique. The tourbillon and the balance wheel cock, which can be seen through the case back, are also decorated by hand. 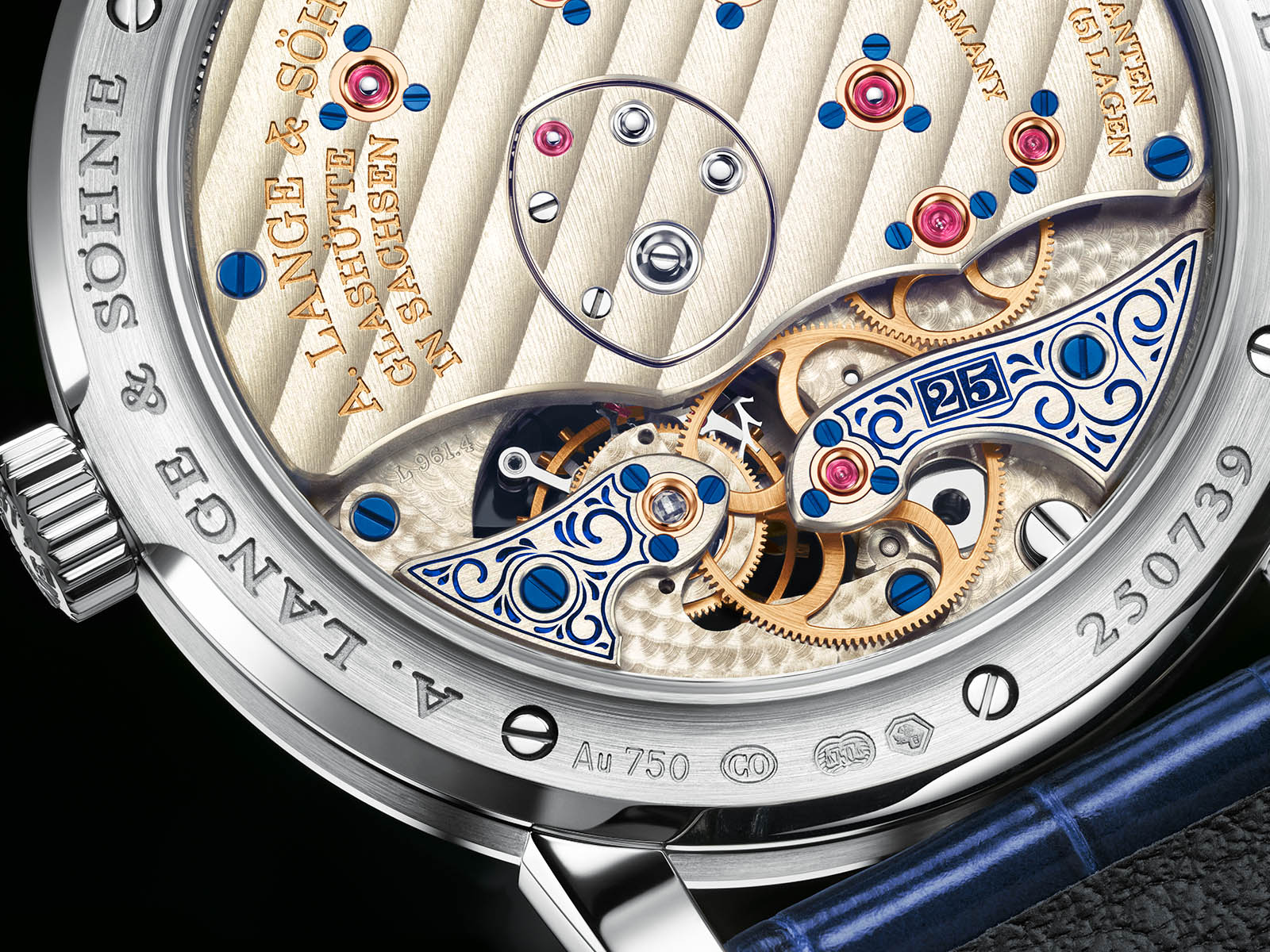 This precious watch is complemented by a hand-crafted alligator strap and an 18K white gold clasp, as in other models.