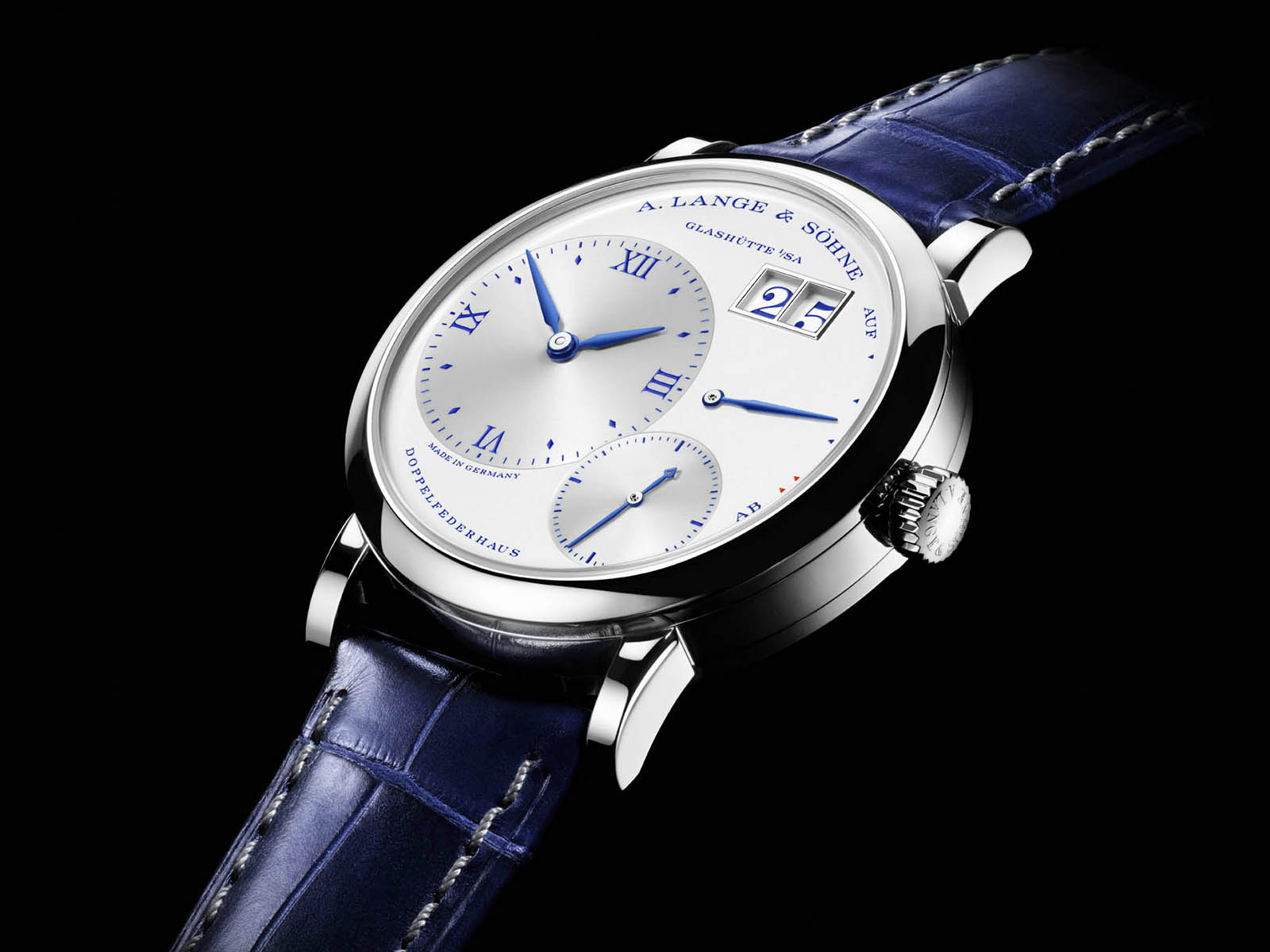 Distinguished Saxon brand A. Lange & Söhne announced at the beginning of 2019 that this year would be dedicated to the 25th anniversary of Lange 1. The brand, which will introduce a total of 10 different models to the watch enthusiasts, continues to revive the signature details of Lange 1. 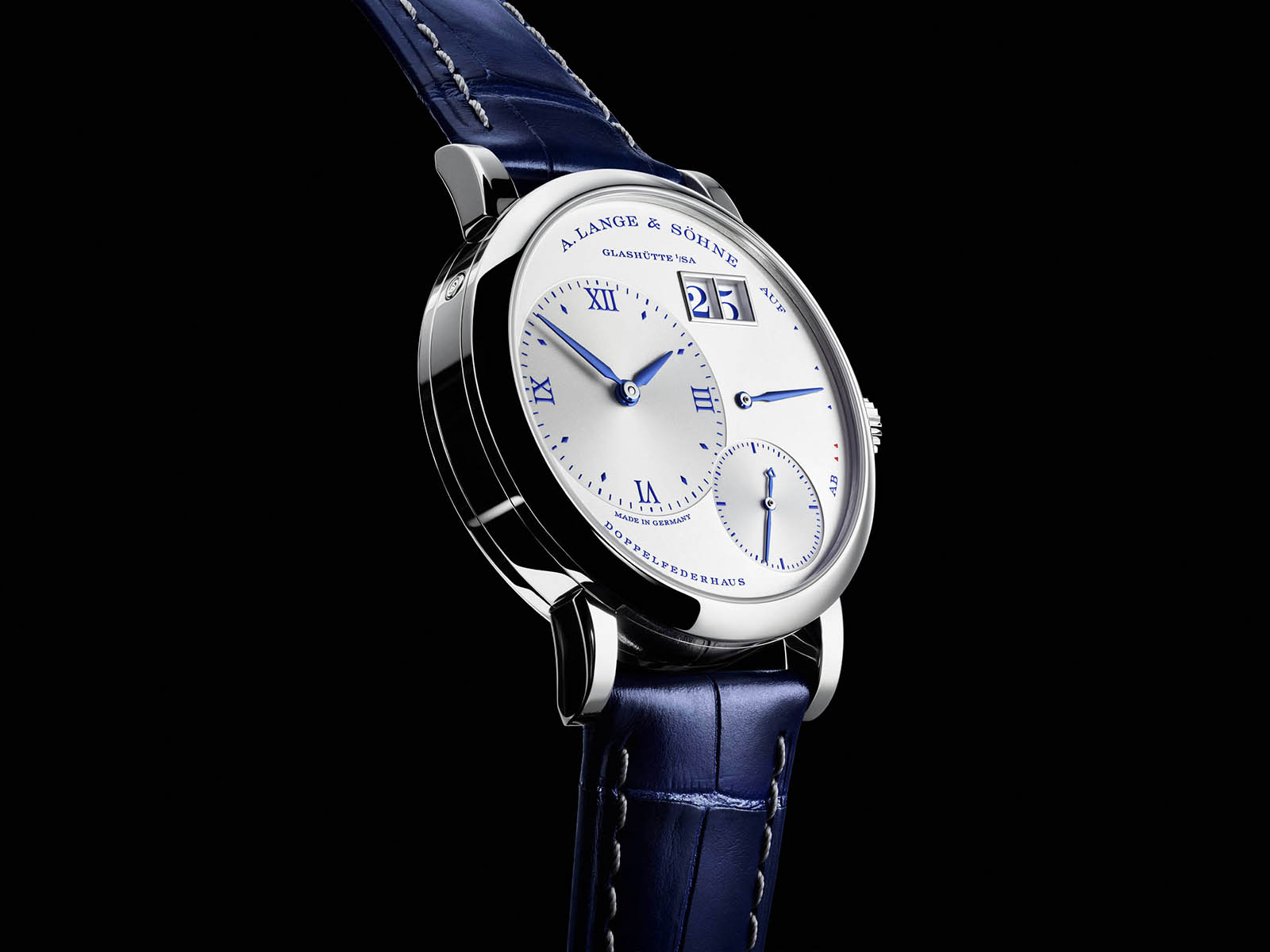 The Lange 1 model family, which played an important role in the epic rebirth of A. Lange & Söhne in 1994, does not actually need an introduction. Over the years, Lange 1 has become a stand-alone collection. Four years later, Little Lange 1 became one of the permanent models of the product line. Designed to feature almost every detail in the original version, the Little Lange 1 is a great alternative to thin wrists with a case 1.7mm smaller than the original. 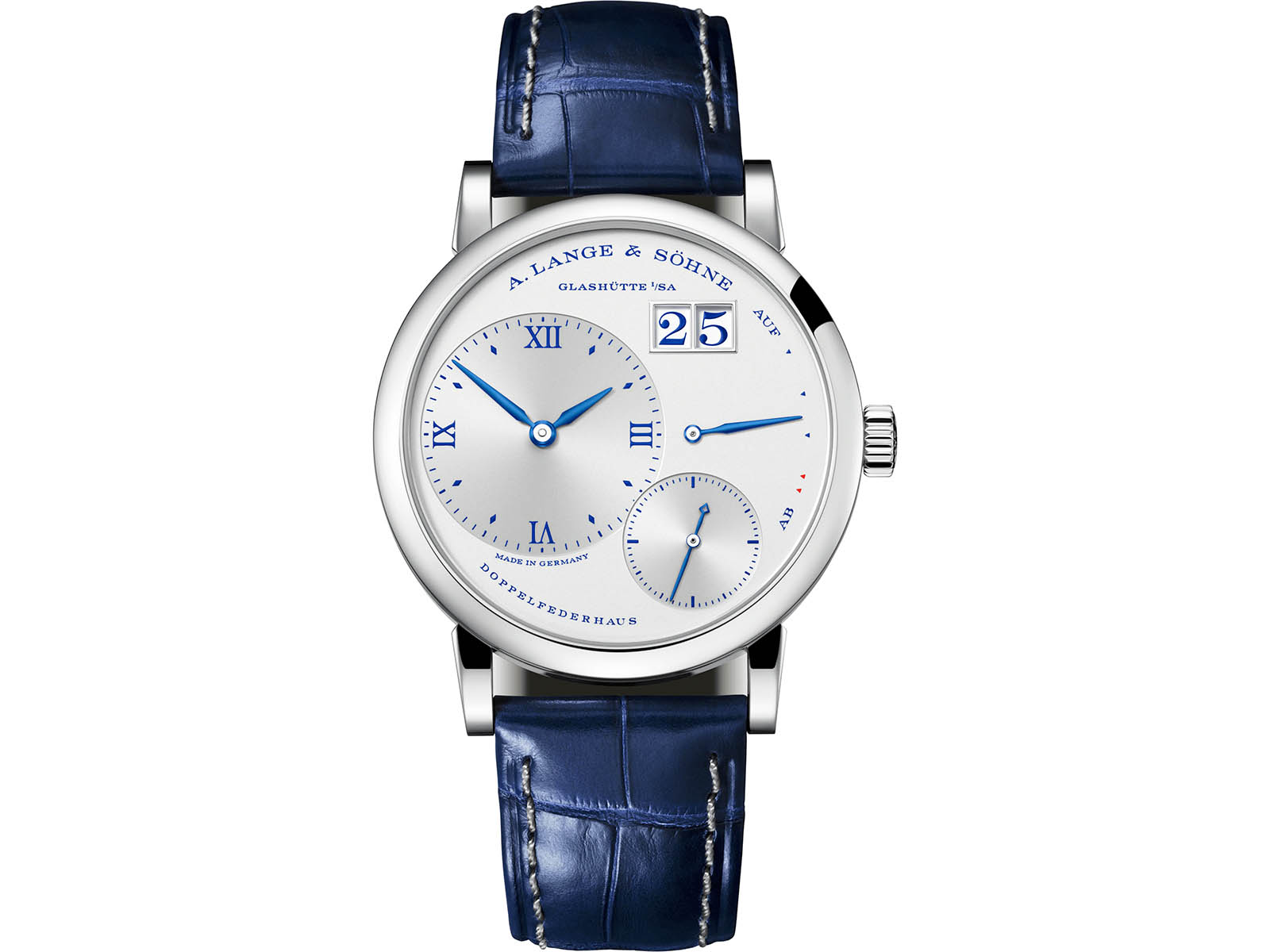 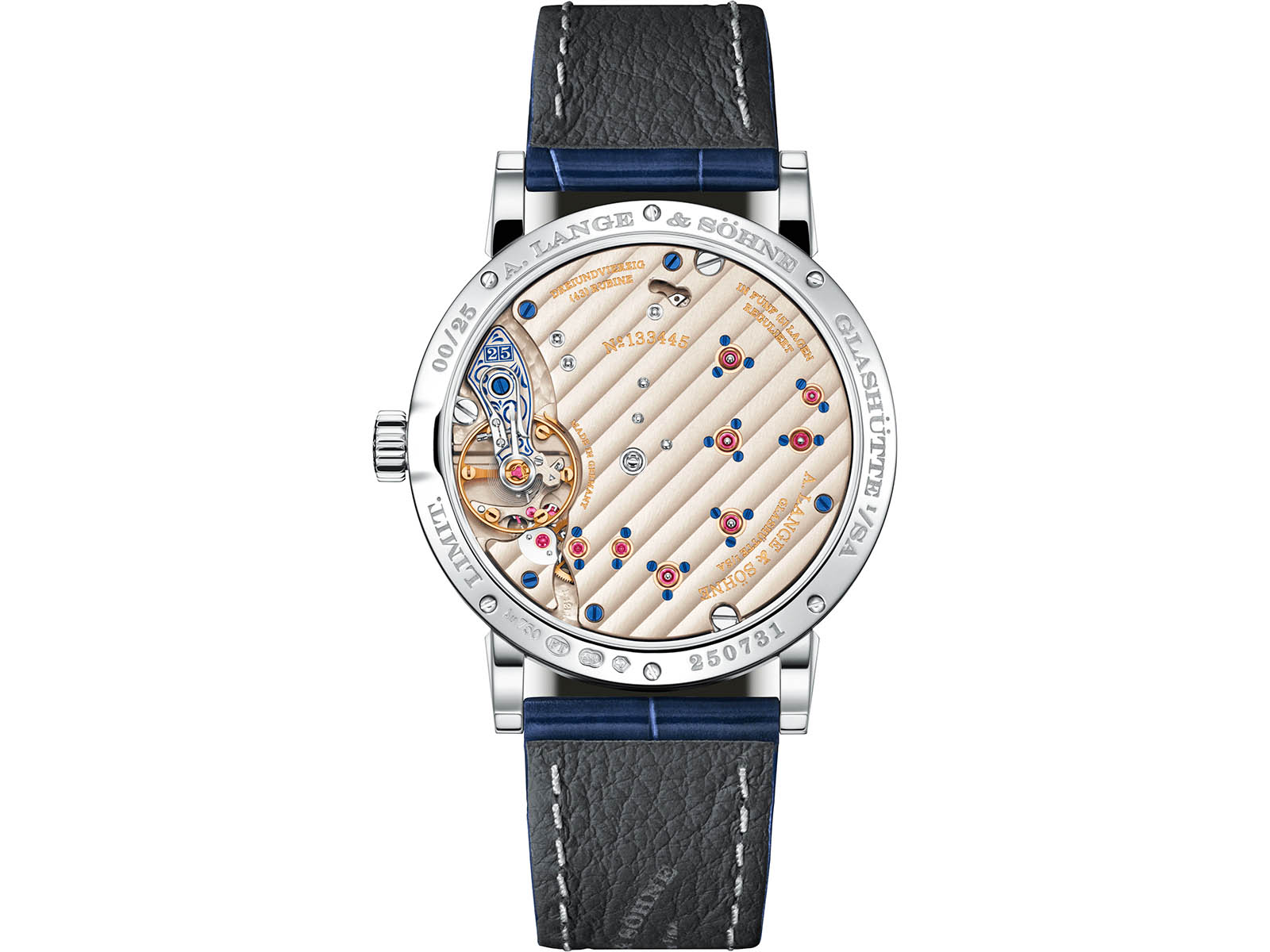 Designed specifically for the 25th anniversary of Lange 1, the Little Lange 1 “25th Anniversary” offers the same features and lines as its older siblings. The model comes in a satin-brushed and mirror-polished case made of 18K white gold and measuring 36.8mm x 9.5mm. Both sides of the case are equipped with scratch-resistant sapphire crystals. 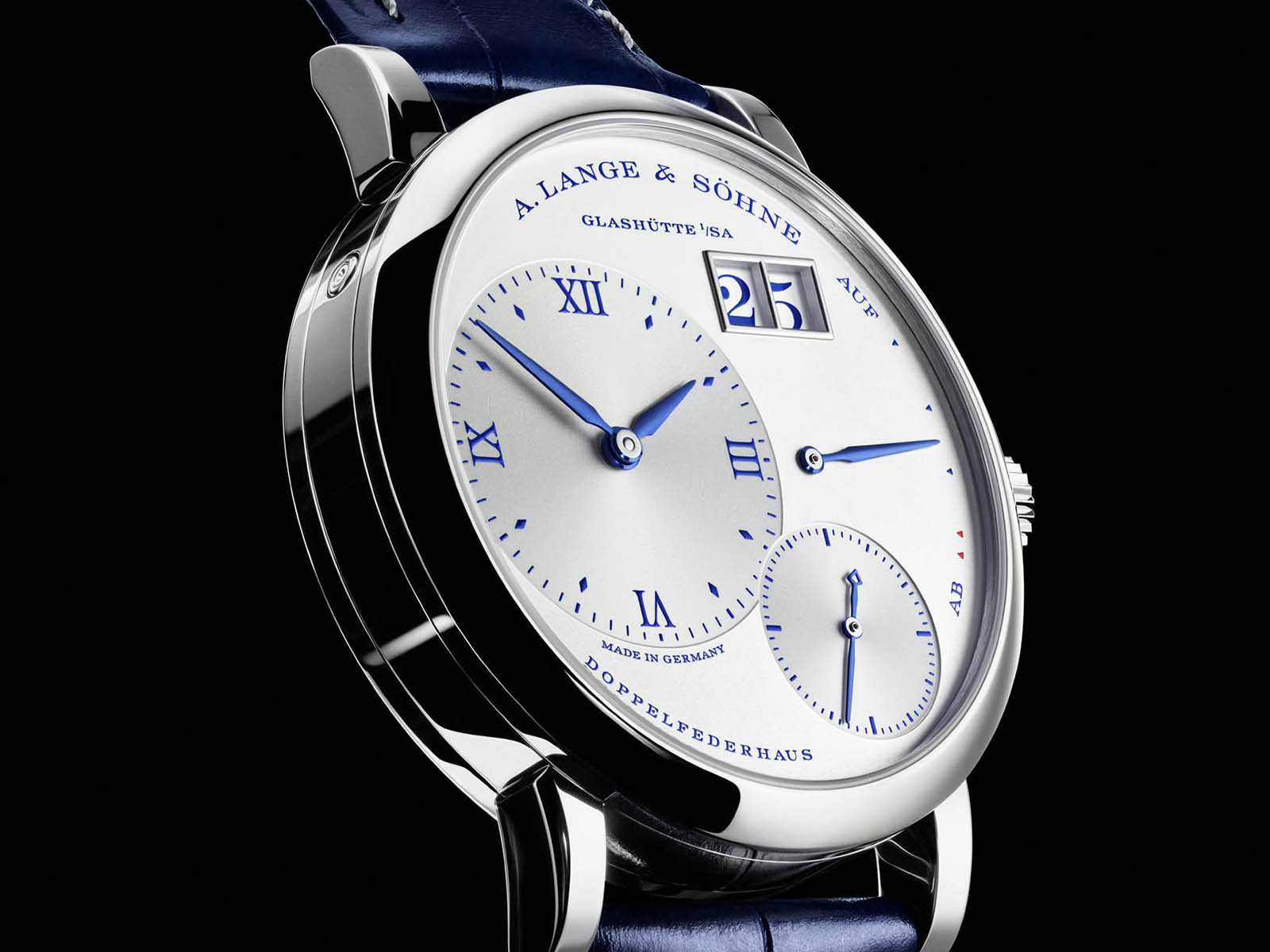 Dark blue figures and markers adorn the silvery dial. The sub-dials with recessed matte areas and raised borders around offers an elegant yet three-dimensional look that expresses the signature asymmetry of the Lange 1 dial. All hands are made of blued steel, which are in harmony with the blue fonts on the big date display’s disk. 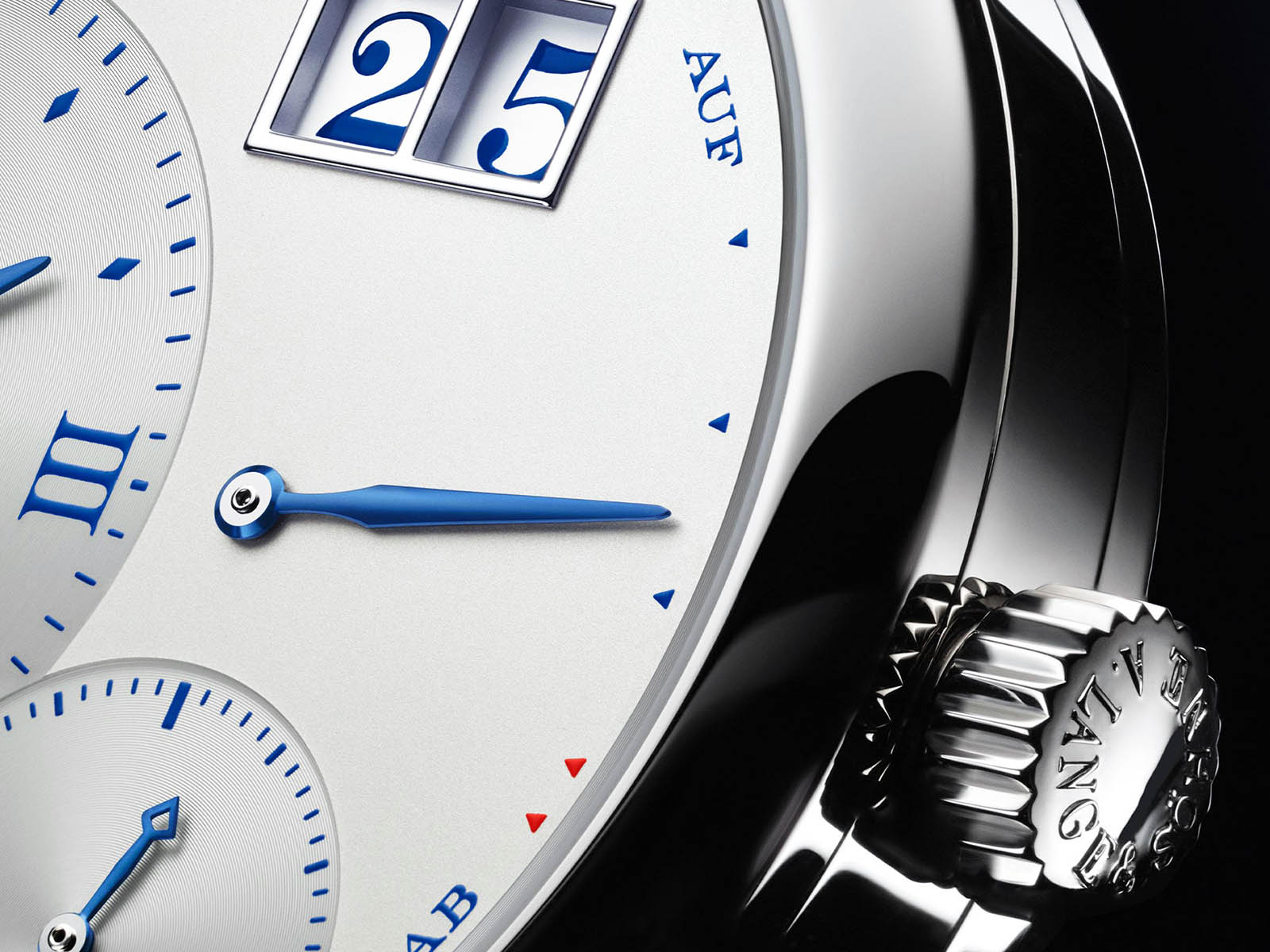 A. Lange & Söhne Little Lange 1 “25th Anniversary” is powered by the Caliber L121.1. The hand-wound movement is being used in the Lange 1 series since 2015 and started to be used in Little Lange 1 last year. Offering a power reserve of 72 hours when fully wound, Caliber L121.1, which immediately departs from previous movements, is home to one of the finer details of the anniversary model, with the blue ‘25’ engraved on the balance cock. 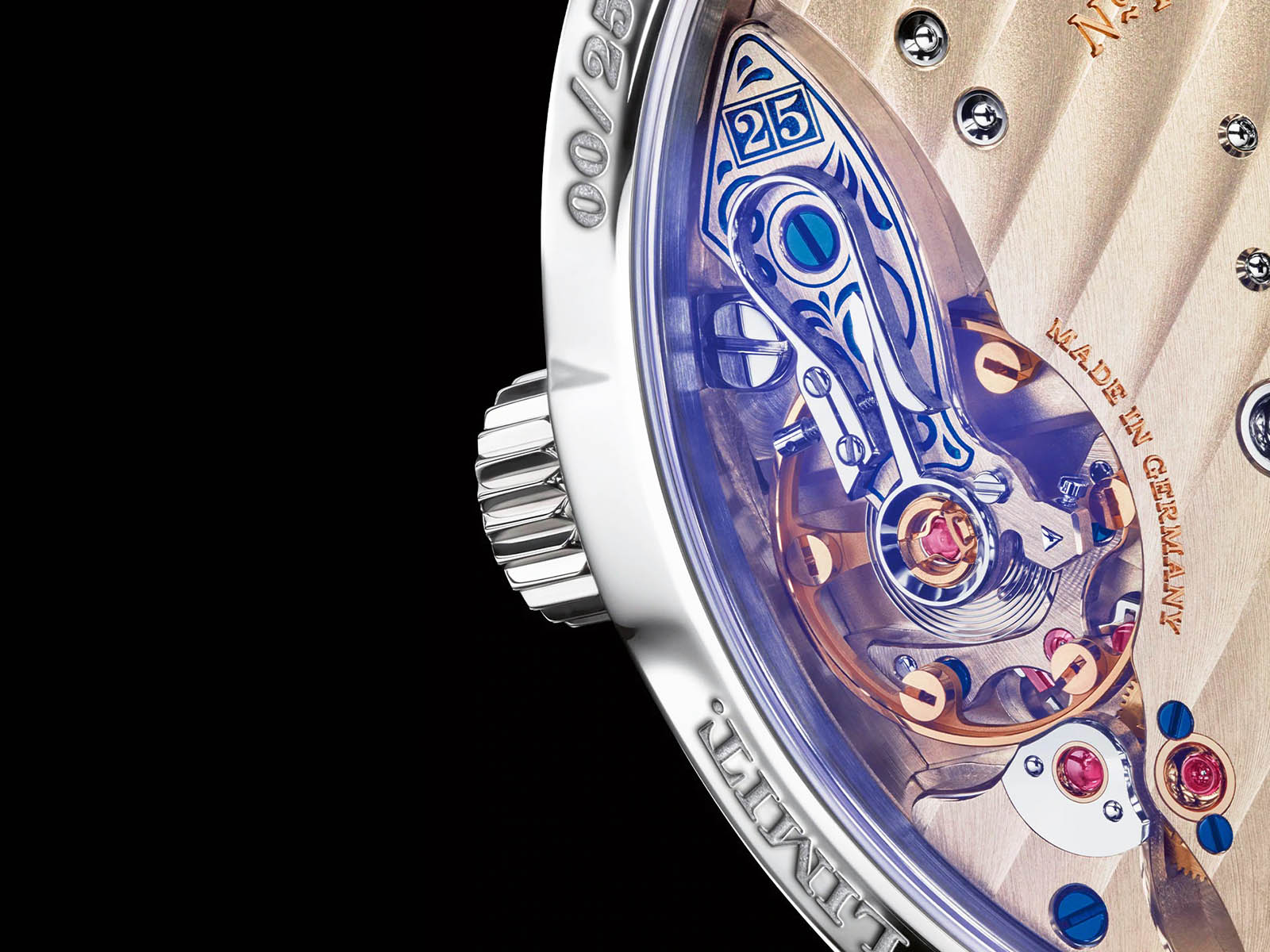 A. Lange & Söhne Little Lange 1 “25 Anniversary” is complemented by a hand-sewn gray alligator strap. The model is limited to a span of 25 units only and available with a MSRP of 35.500 EUR (in Germany including taxes).