Are You Ready For New Adventures With The New Panerai Submersible Collection?

One of the most important factors that determine the value of a watch on his/her wrist for a watch enthusiast is the experiences that happened while wearing it. This is where Panerai comes into play by offering unmatched experiences to its customers through the hands of professionals. Before we go into the details of this experience thing, let’s take a look at the newly introduced models. 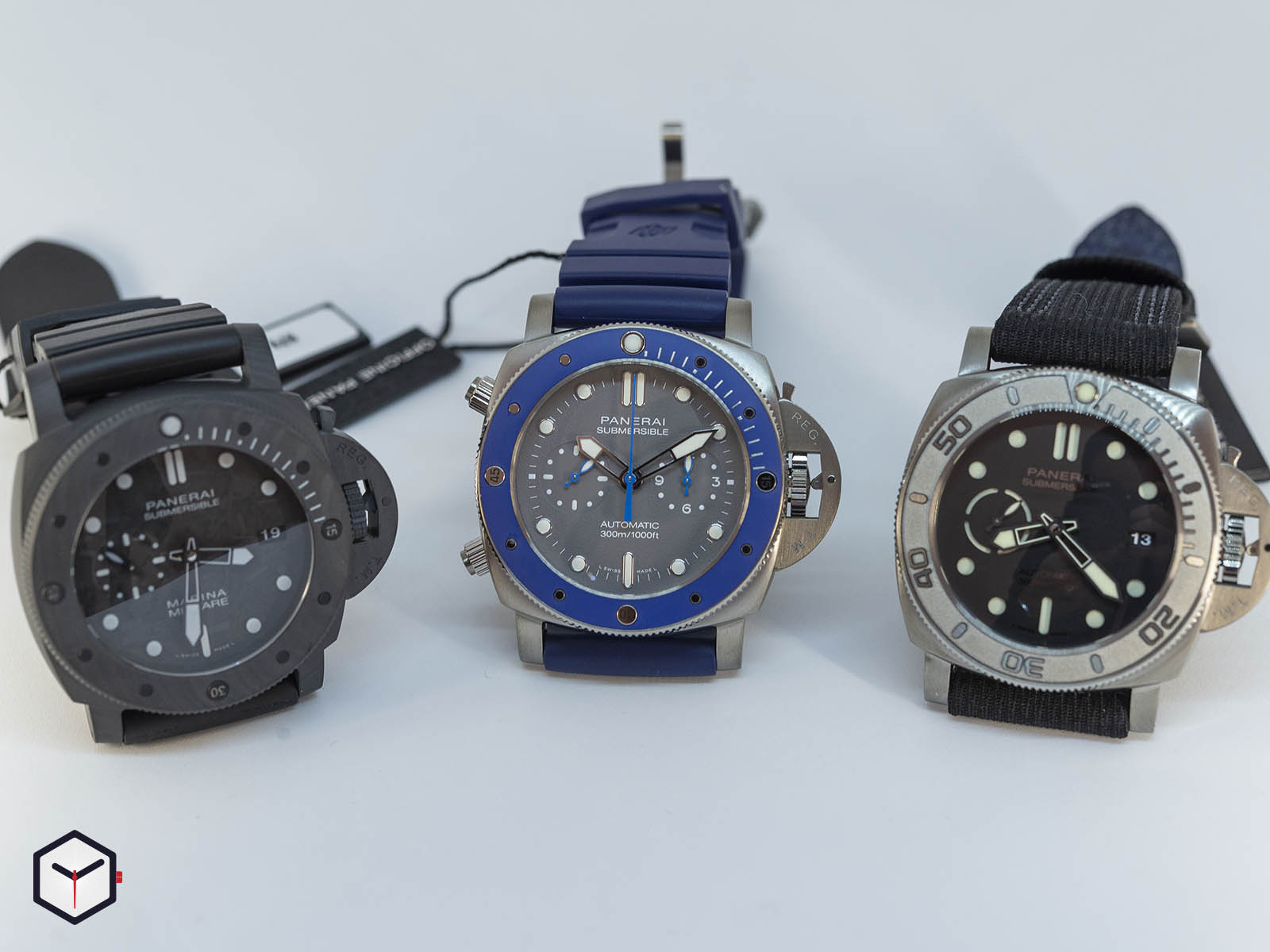 Until now, the Submersible model family was considered a subcategory of the Luminor Collection. This situation has changed and Submersible has become a collection itself. Since the day of its rebirth from the ashes, Panerai has always been at the forefront with Radiomir and Luminor models. Submersible was the first model family to be created in the modern era of the brand and certainly deserved a special attention. 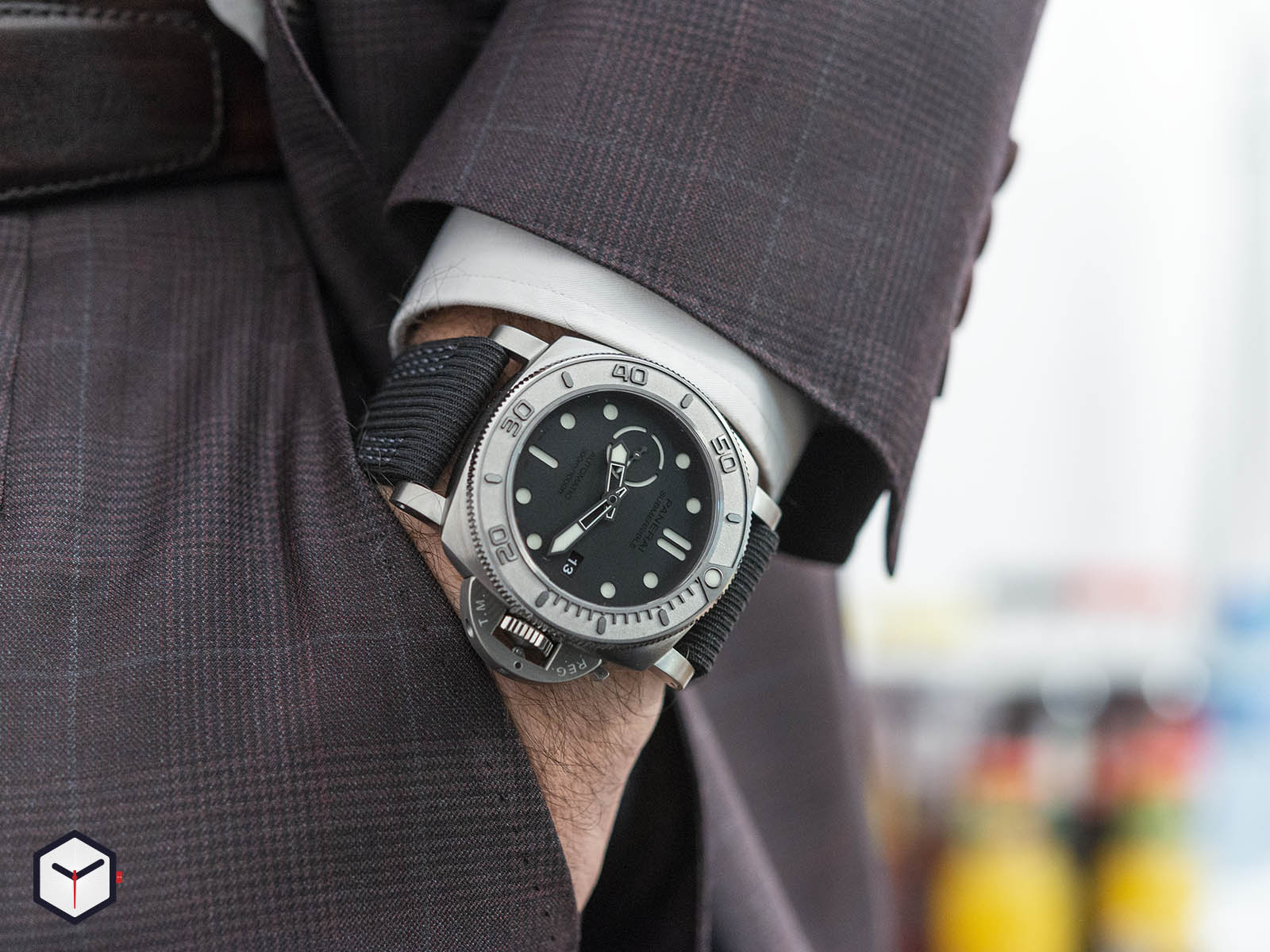 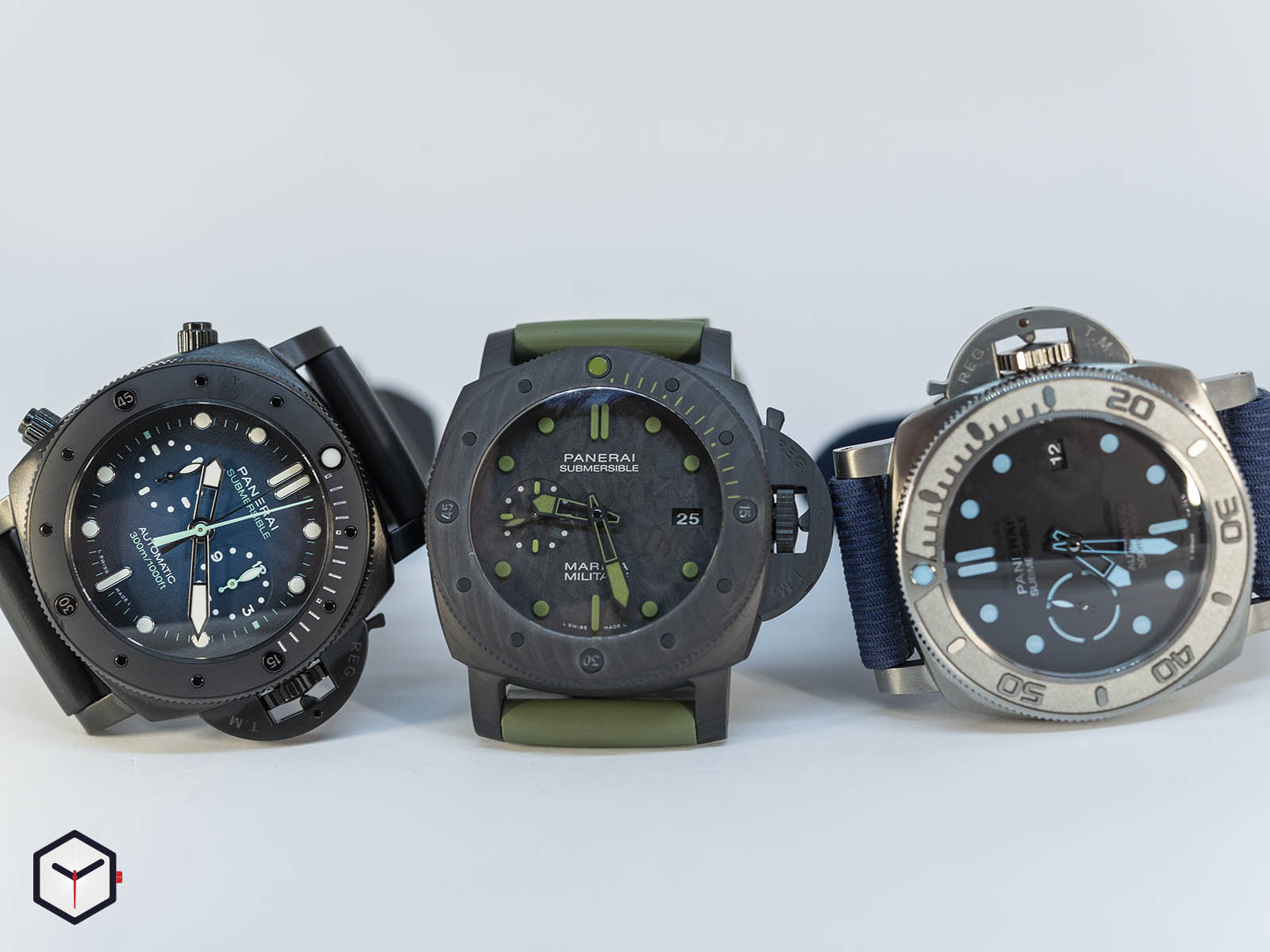 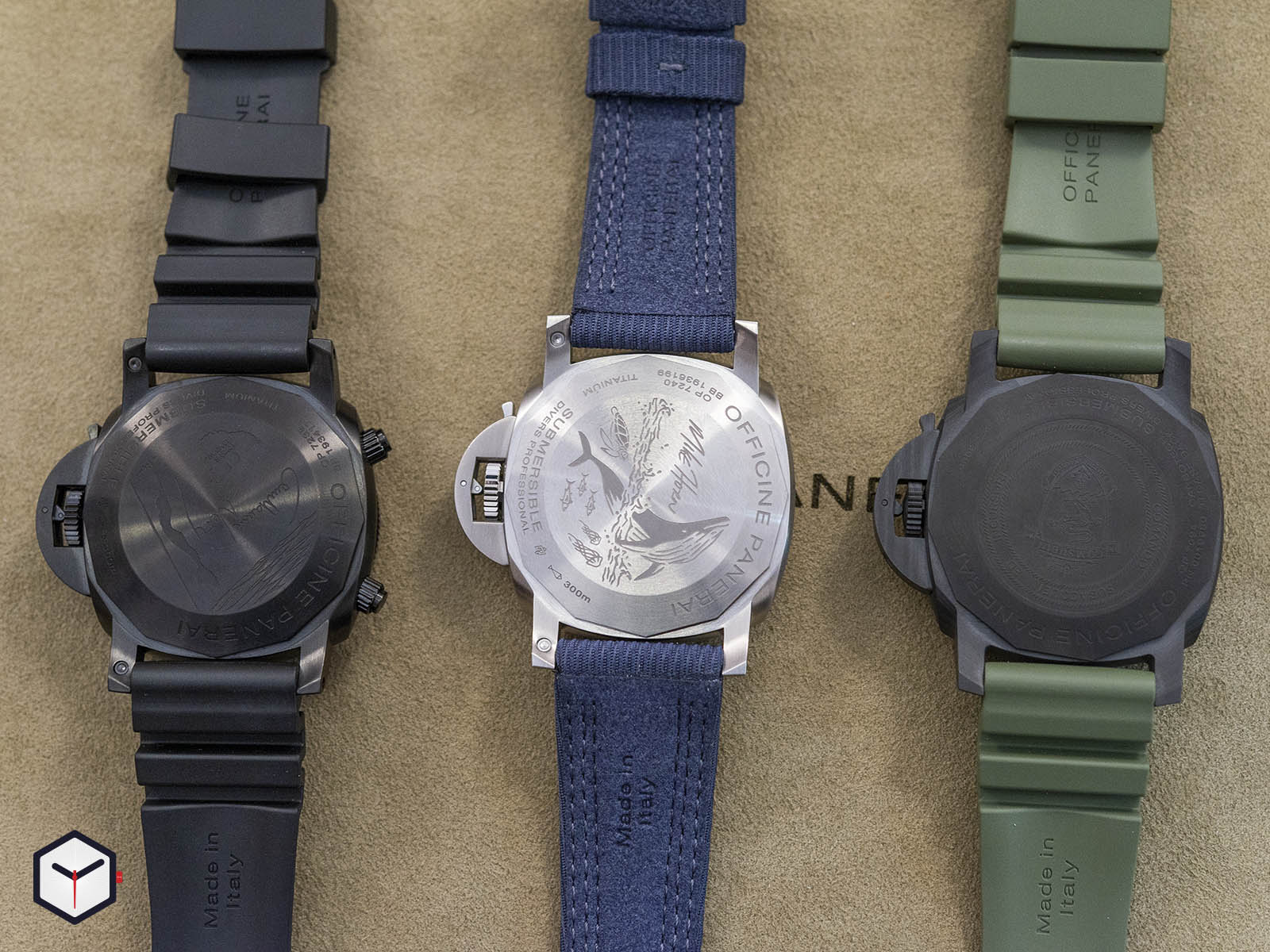 PAM00983 Submersible Chrono Guillaume Nery Edition comes with a 47mm diameter DLC coated titanium case. The new model is water resistant to 300 meters and is equipped with a sapphire crystal on the front face as well as a blue to black gradient dial. All uni-directional diving bezel, hands and indices glow like a torch thanks to the standard Super LumiNOVA phosphor material. On the backside of the case, is the solid case back engraved with a beautiful relief of famous free-diver Guillaume Nery? 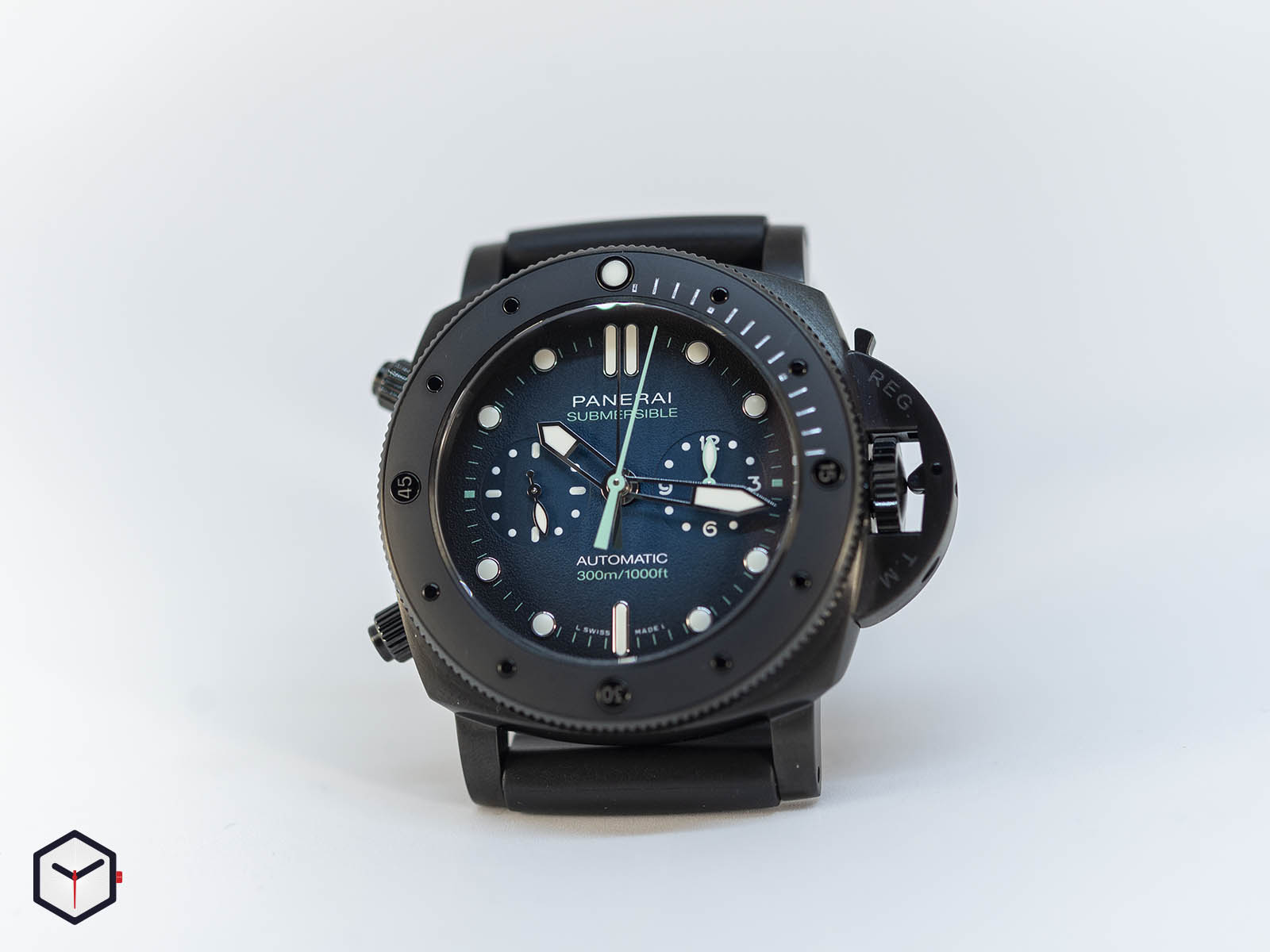 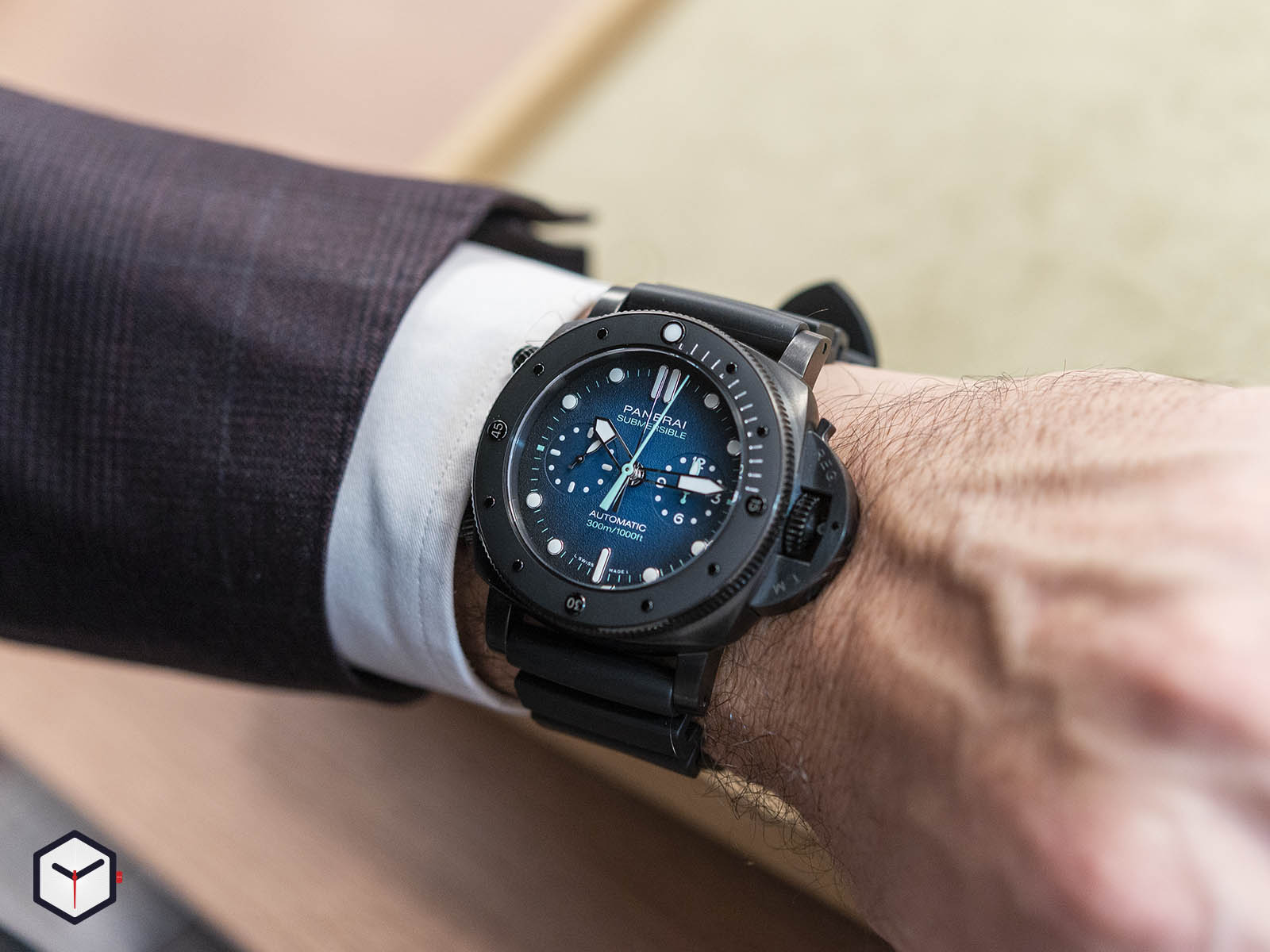 PAM00983 is powered by the manufacture Caliber P.9100. 302 pieces (37 jewels) self-winding movement beats at 4Hz (28.800vph) and offers a power reserve of 72 hours when fully wound. Chronograph seconds and minutes counters are located in the center. 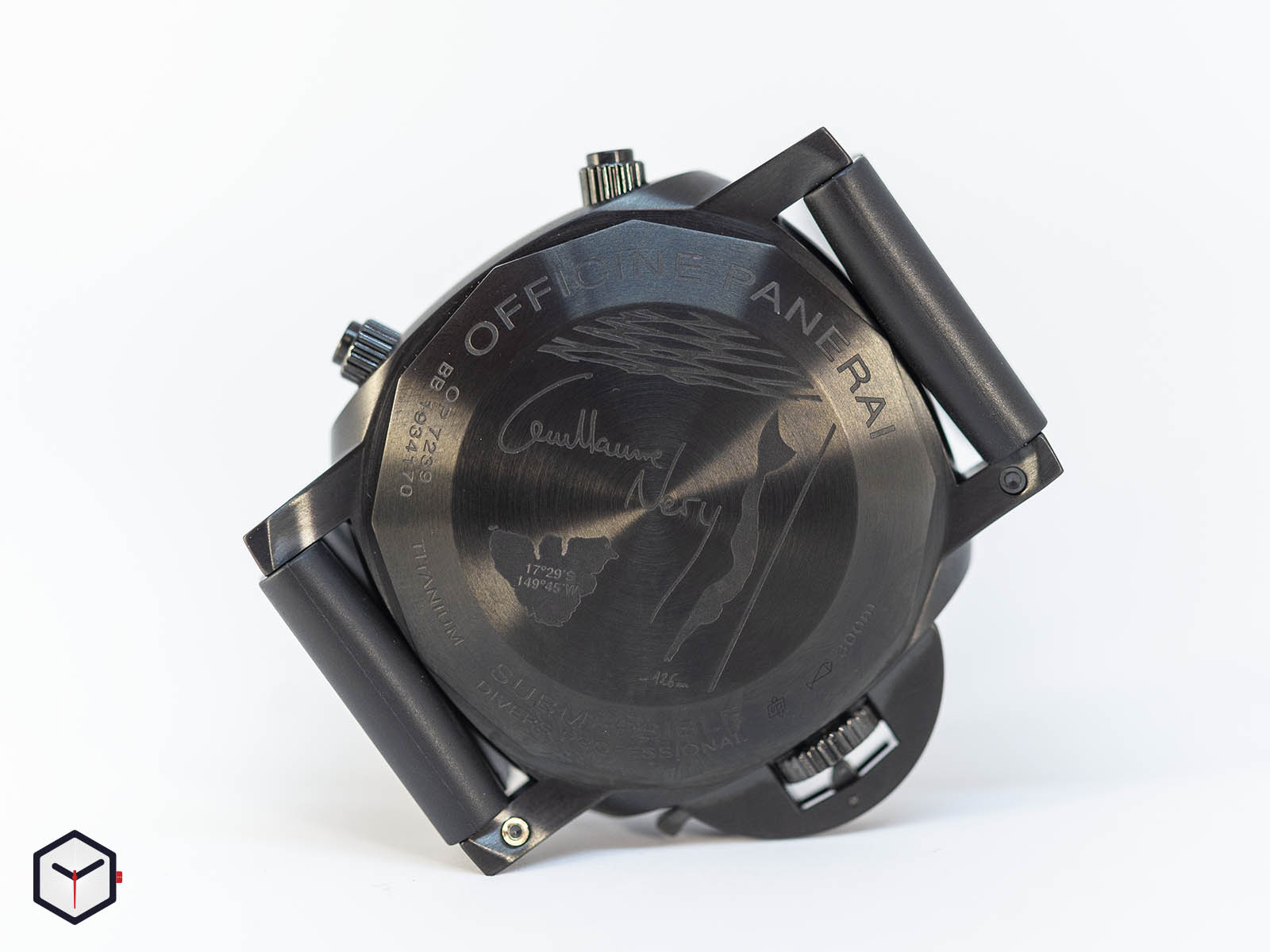 Only 15 of these models will be produced and the lucky customers will have the opportunity to join an exclusive diving event with Guillaume Nery and his team in Moore / France. 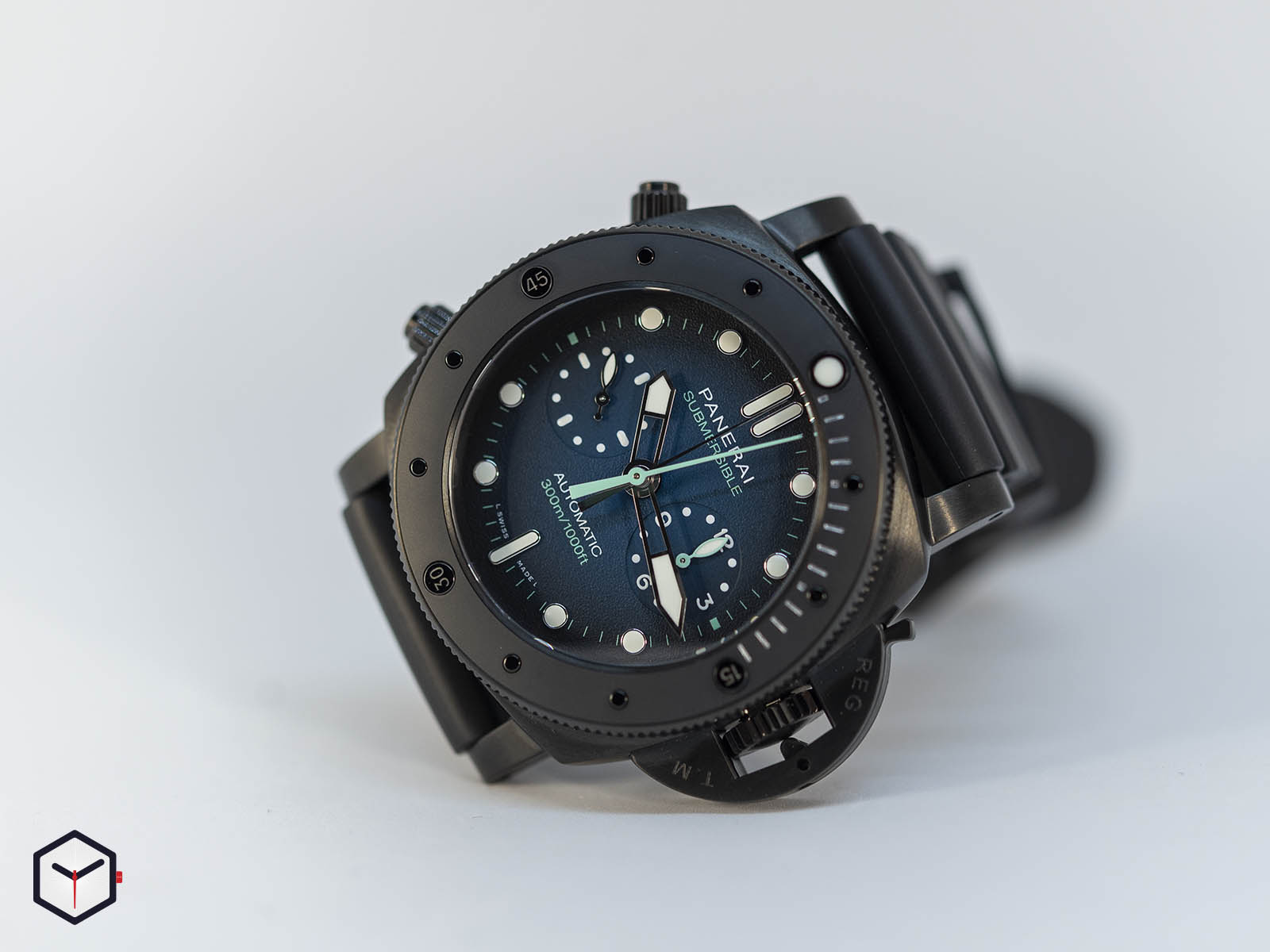 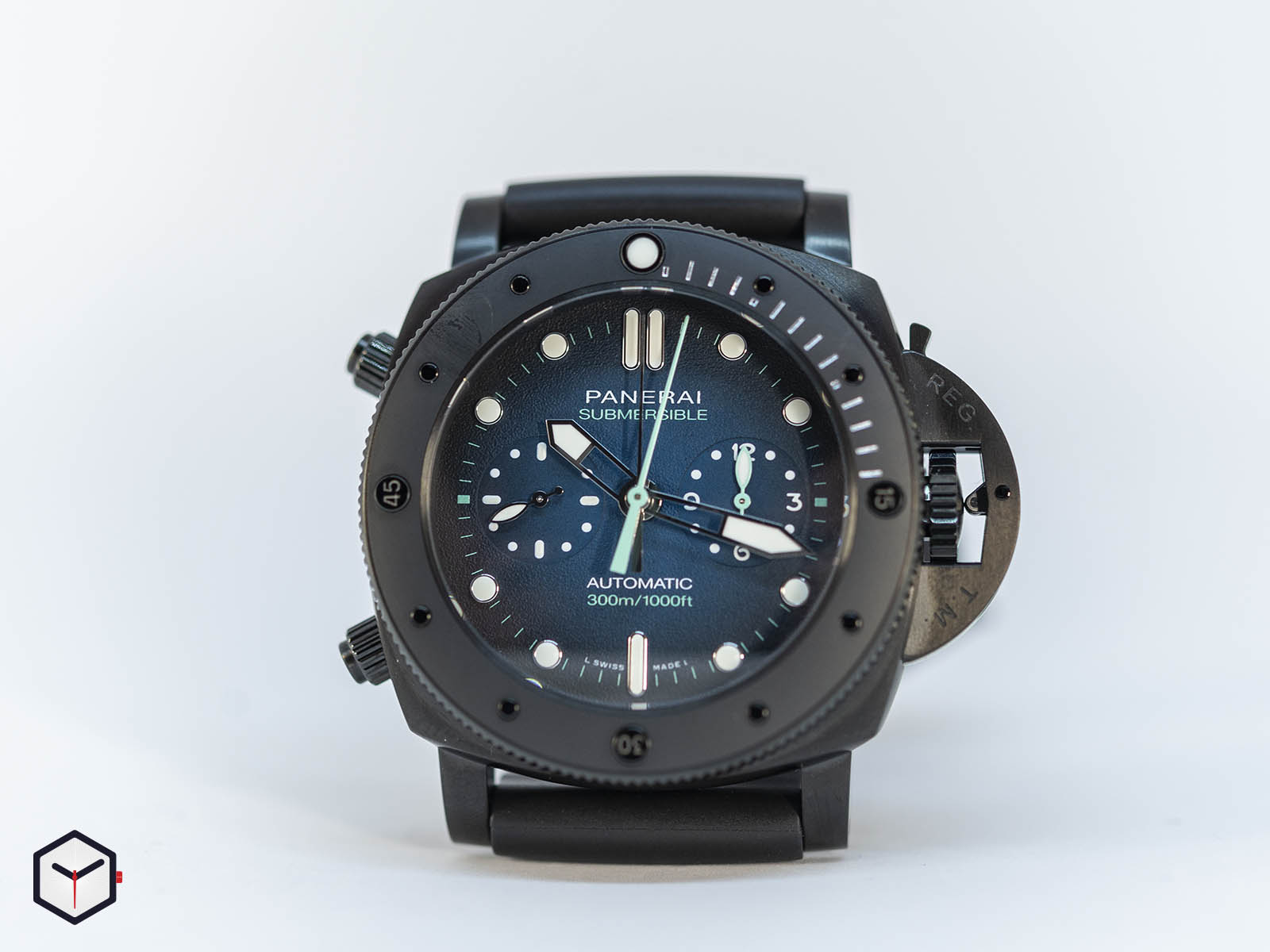 A new version of the same model, PAM00982, with a different color combination is among the 2019 novelties of the brand. Standard production model is offered in a titanium case with gray dial and blue ceramic bezel and is available at 18.900 € while the limited edition PAM00983 including the opportunity to dive with Guillaume Nery is offered at € 38.900. 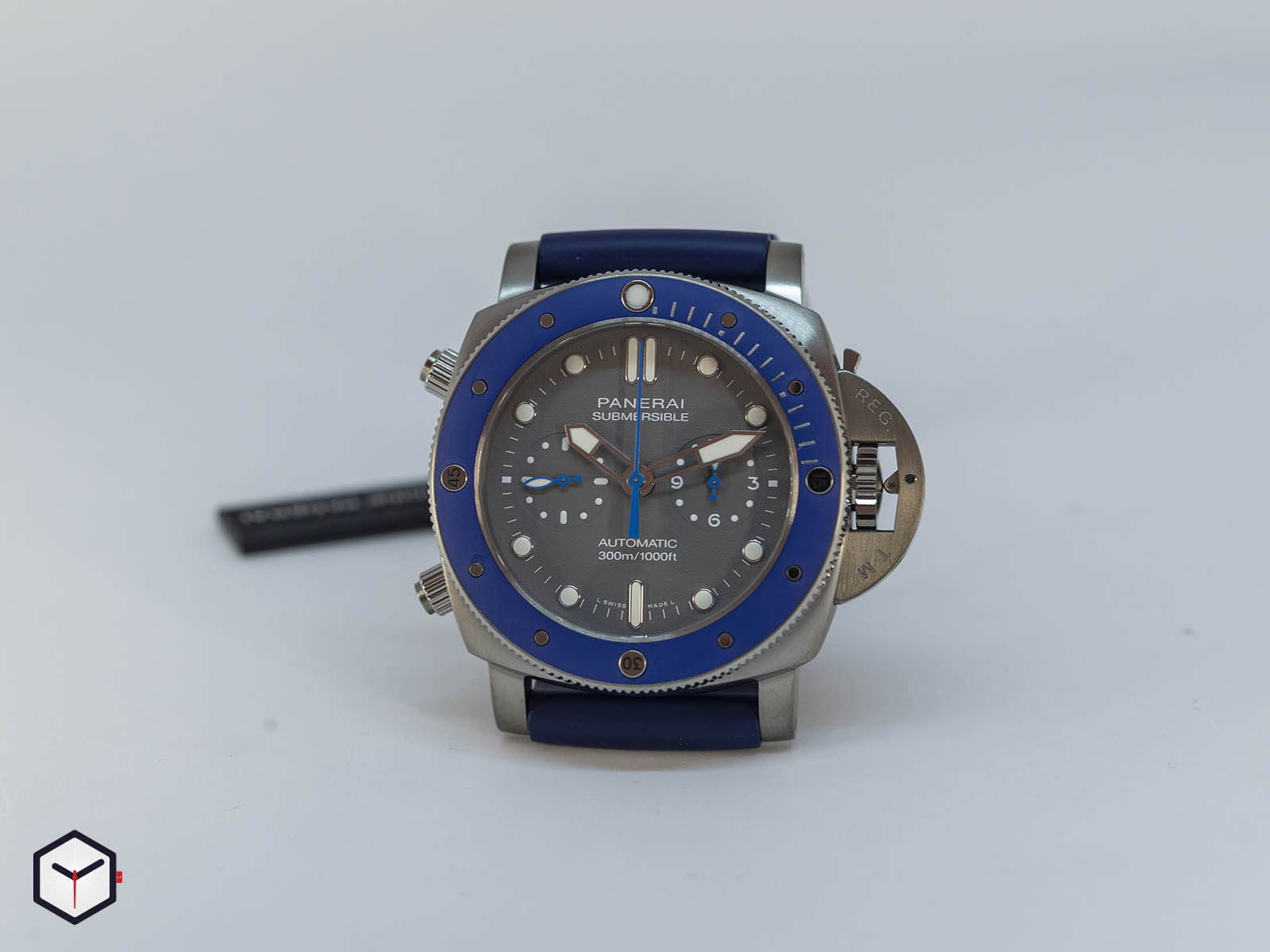 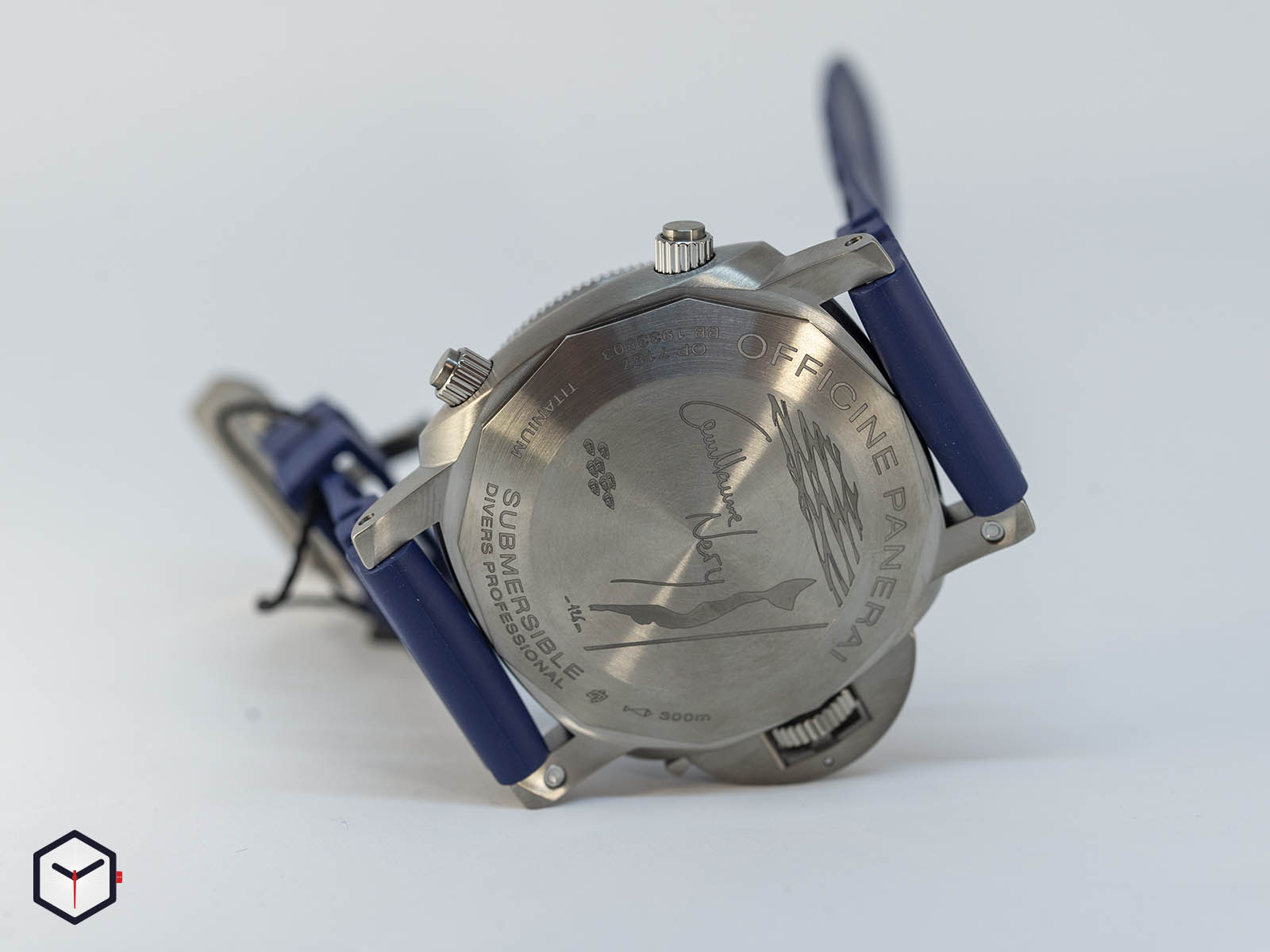 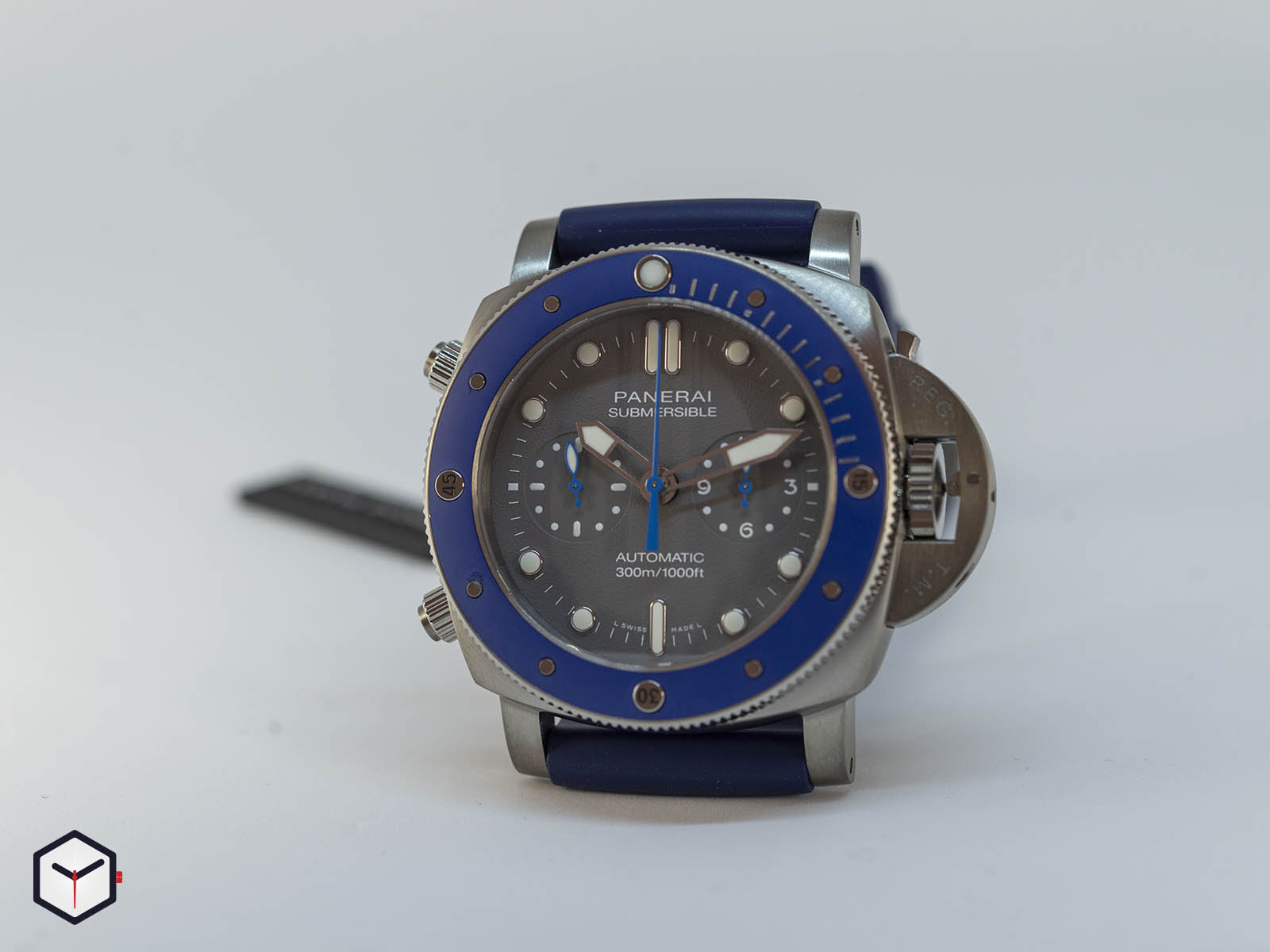 Another model presented with a similar theme is the PAM00961 Submersible Marina Militare Carbotech. The material, which has proved its superiority on issues such as lightness and durability, comes to life again in the case and the bezel of PAM00961. 47mm diameter case is equipped with a sapphire crystal on the front face and is water proof up to 300 meters. The model is powered by the manufacture Caliber P.9010. 200 parts self-winding movement beats at 4Hz (28.800vph) and offers a 3 day power reserve when fully wound. PAM00961 is limited to a span of 33 units only. 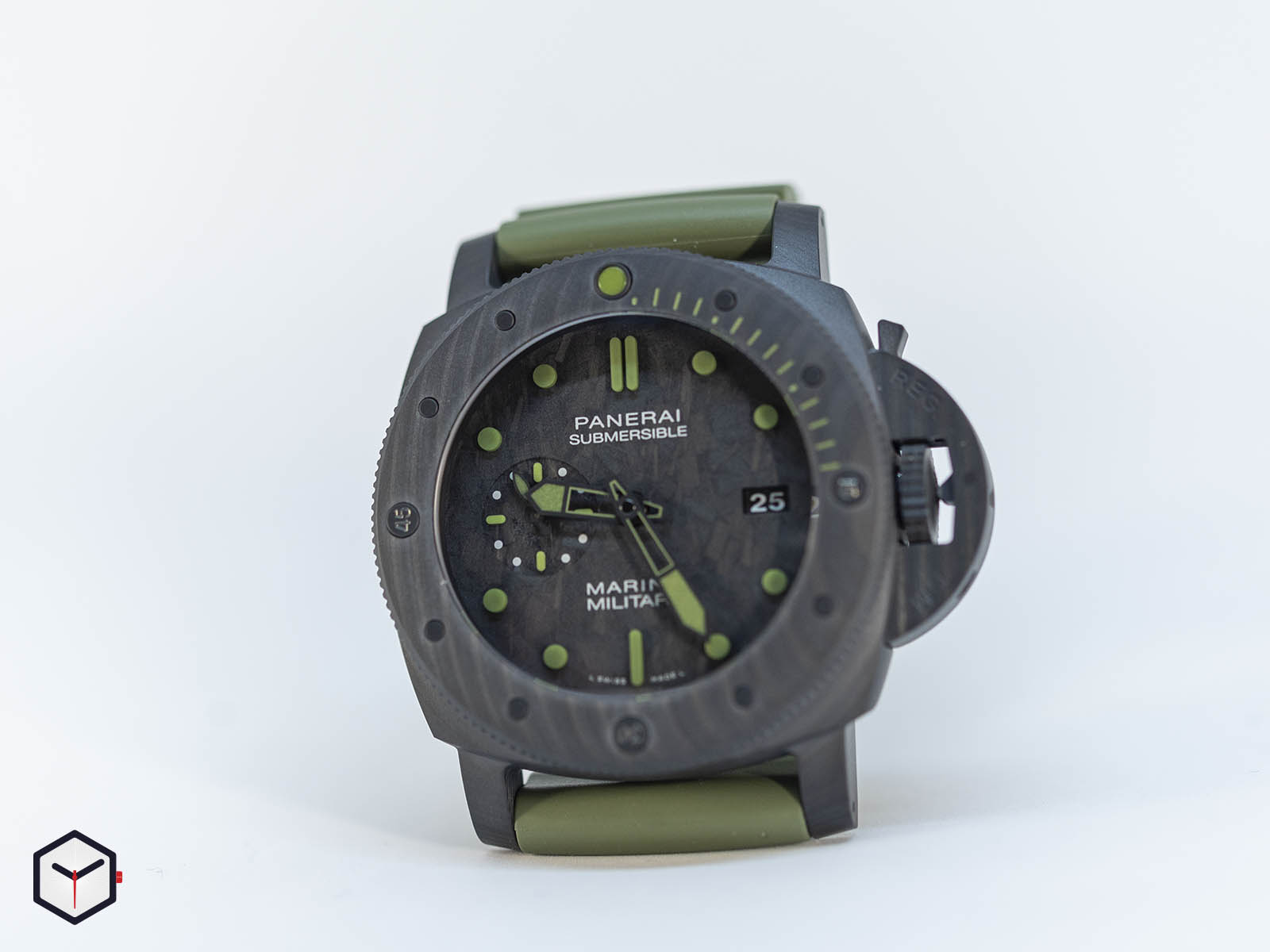 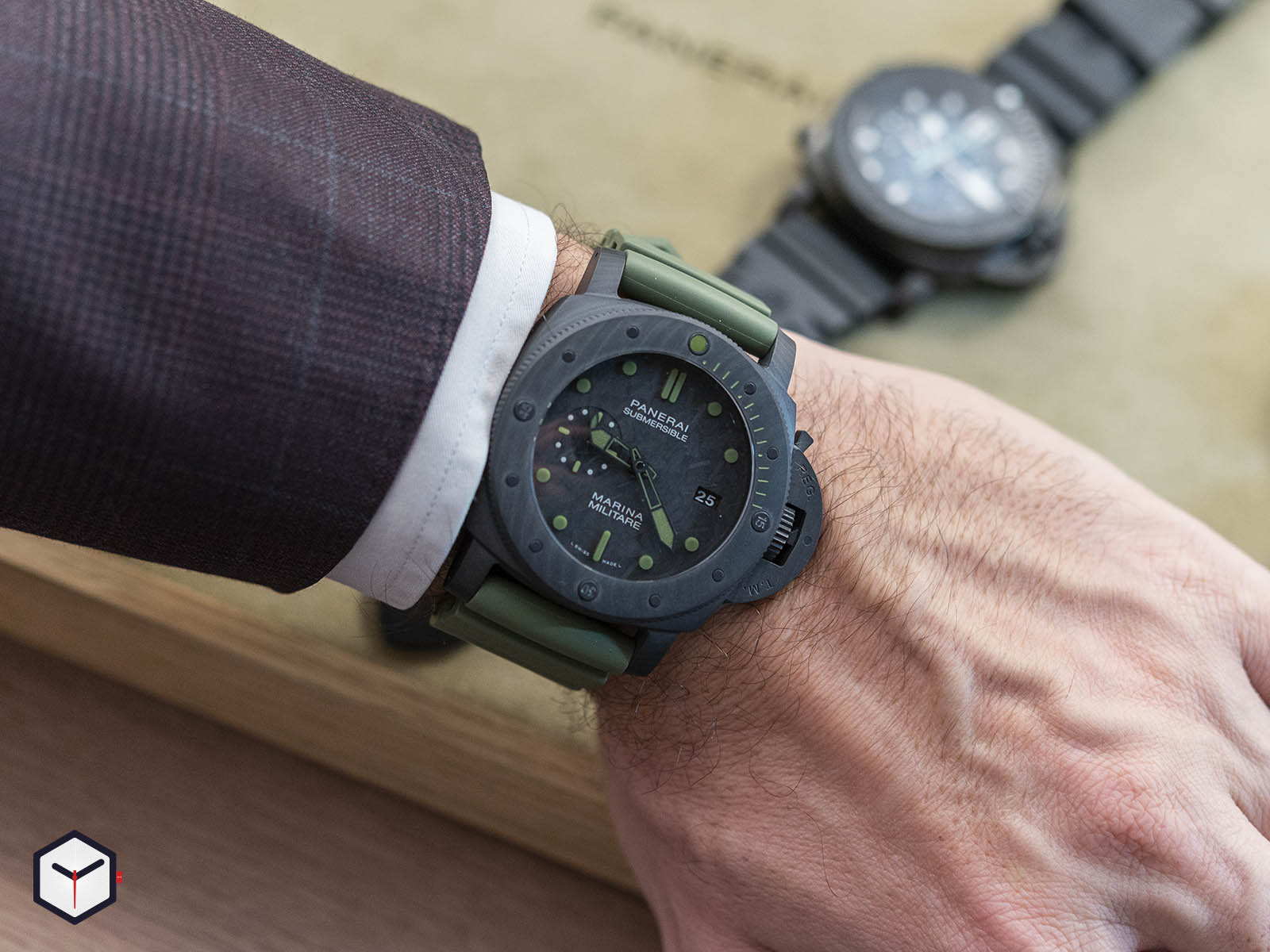 On the case back of the PAM00961, is the emblem of the Comando Raggruppamento Subacquei e Incursori Teseo Tesei aka team COMSUBIN. COMSUBIN, one of the most prestigious troops of the Italian Navy, has been serving since 1954. If you are one of the 33 lucky people who can have the PAM00961, you will also have the opportunity to train with this group of diving and commando trainers. There is no need to discuss just how low your ability to participate in a military camp under normal circumstances. However, the appeal of being involved in such an event like that is surely arguable. 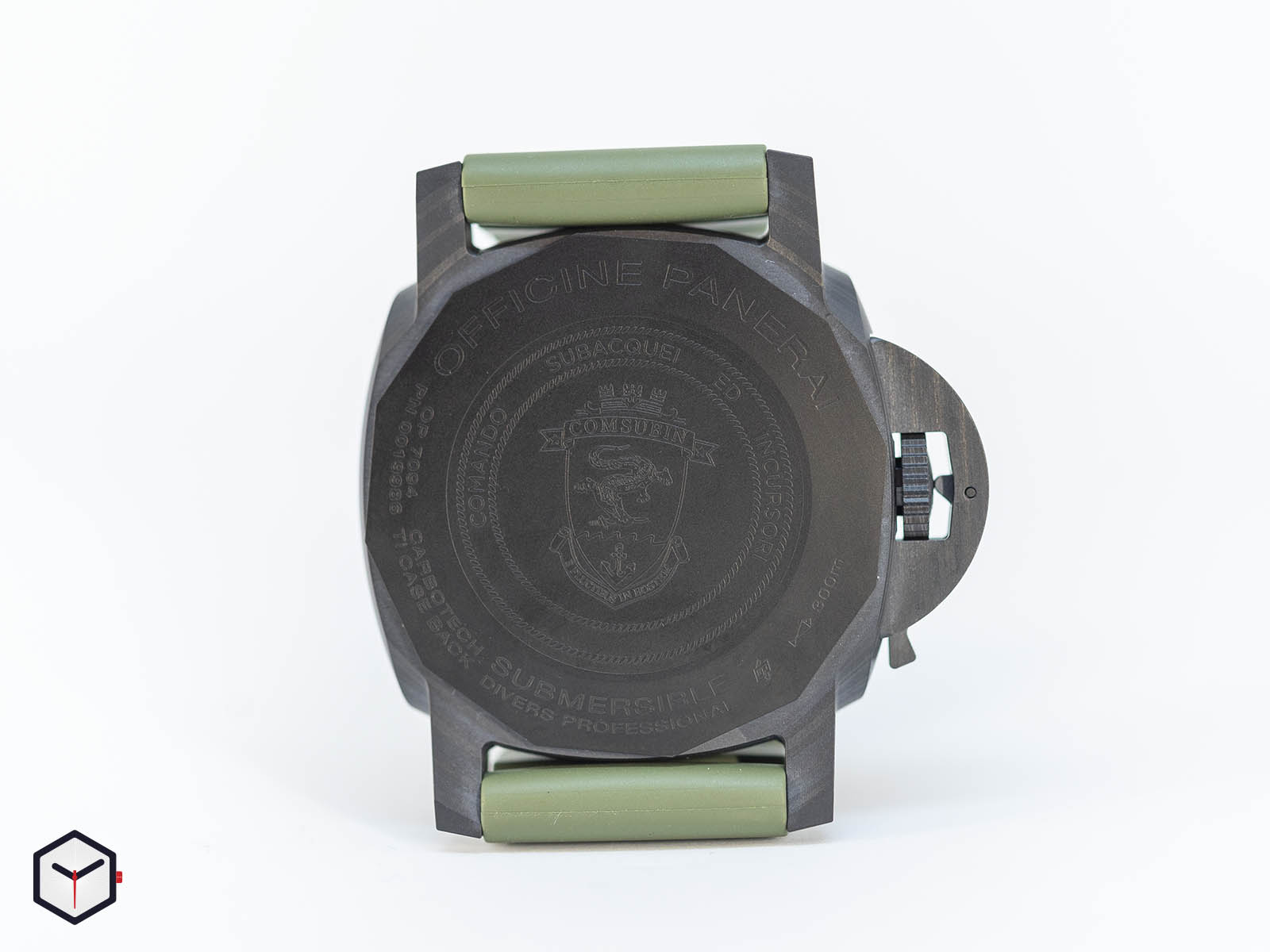 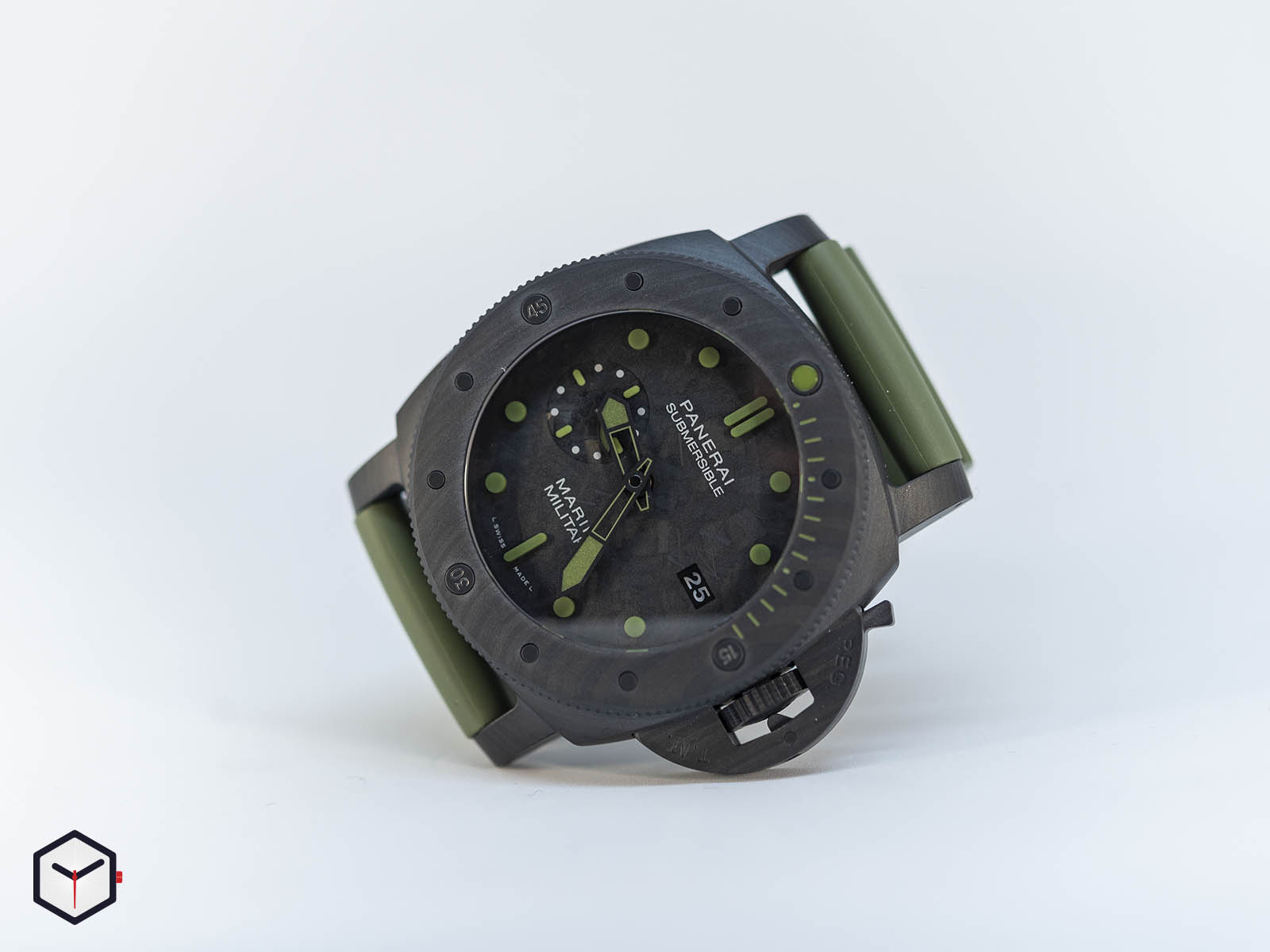 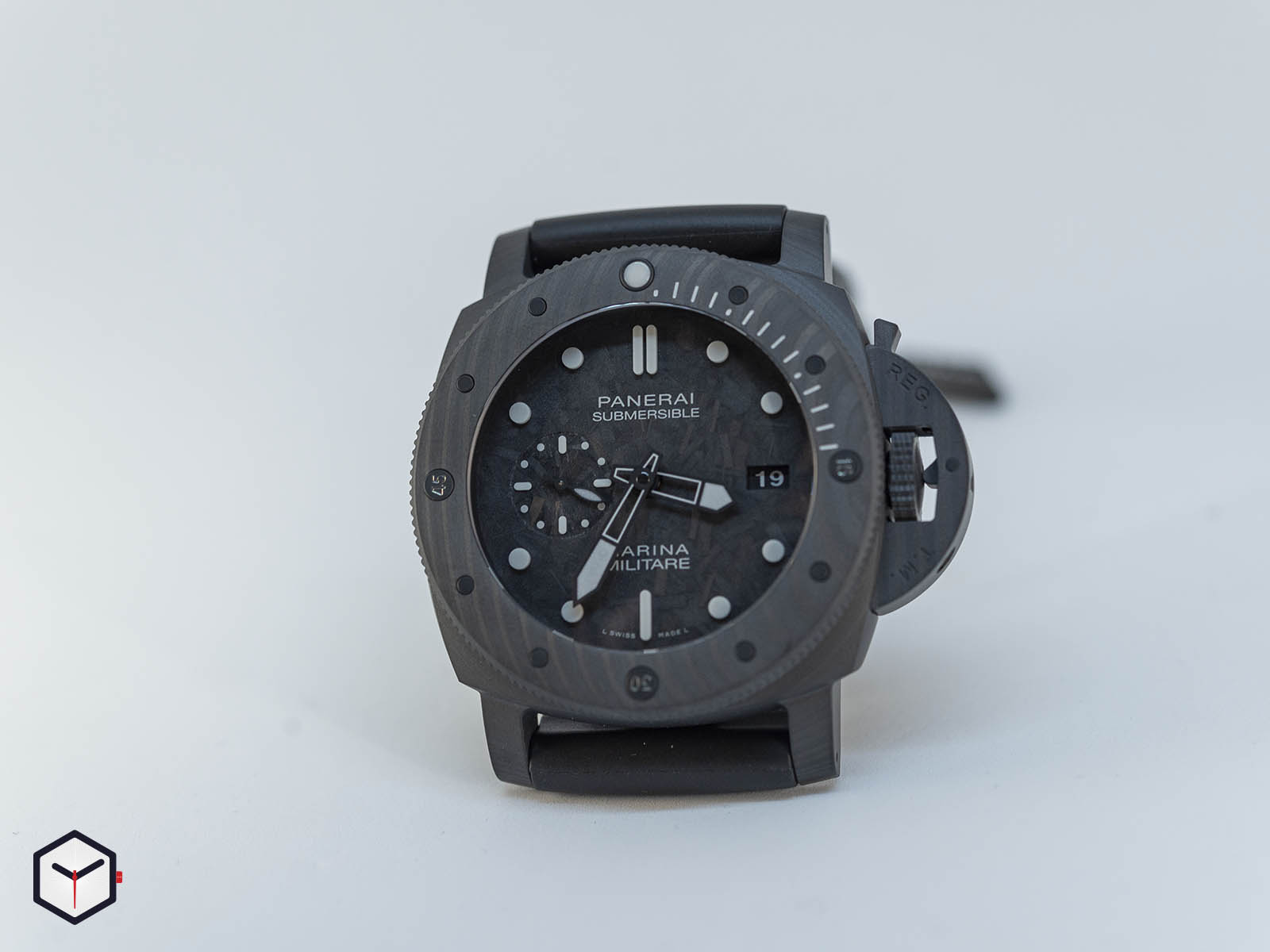 The last member of the Experiences collection is the PAM00984 Submersible Mike Horn Edition. The new model, which is offered in a 47mm diameter case, made of completely recycled titanium including the bezel and the case back, proves that manufacturing watches taking environmentalist concerns as priorities can be done. Another striking detail about the new model is its strap which is manufactured from the material obtained by recycling three PET bottles. Equipped with a sapphire crystal on the front face, the 300 meters water resistant model is powered by the manufacture Caliber P.9010 as well. The production of the model, which is carried out in Panerai’s Neuchâtel factory as a part of the brand’s reducing the carbon dioxide emissions, reinforces the environmental-friendly identity of the watch. 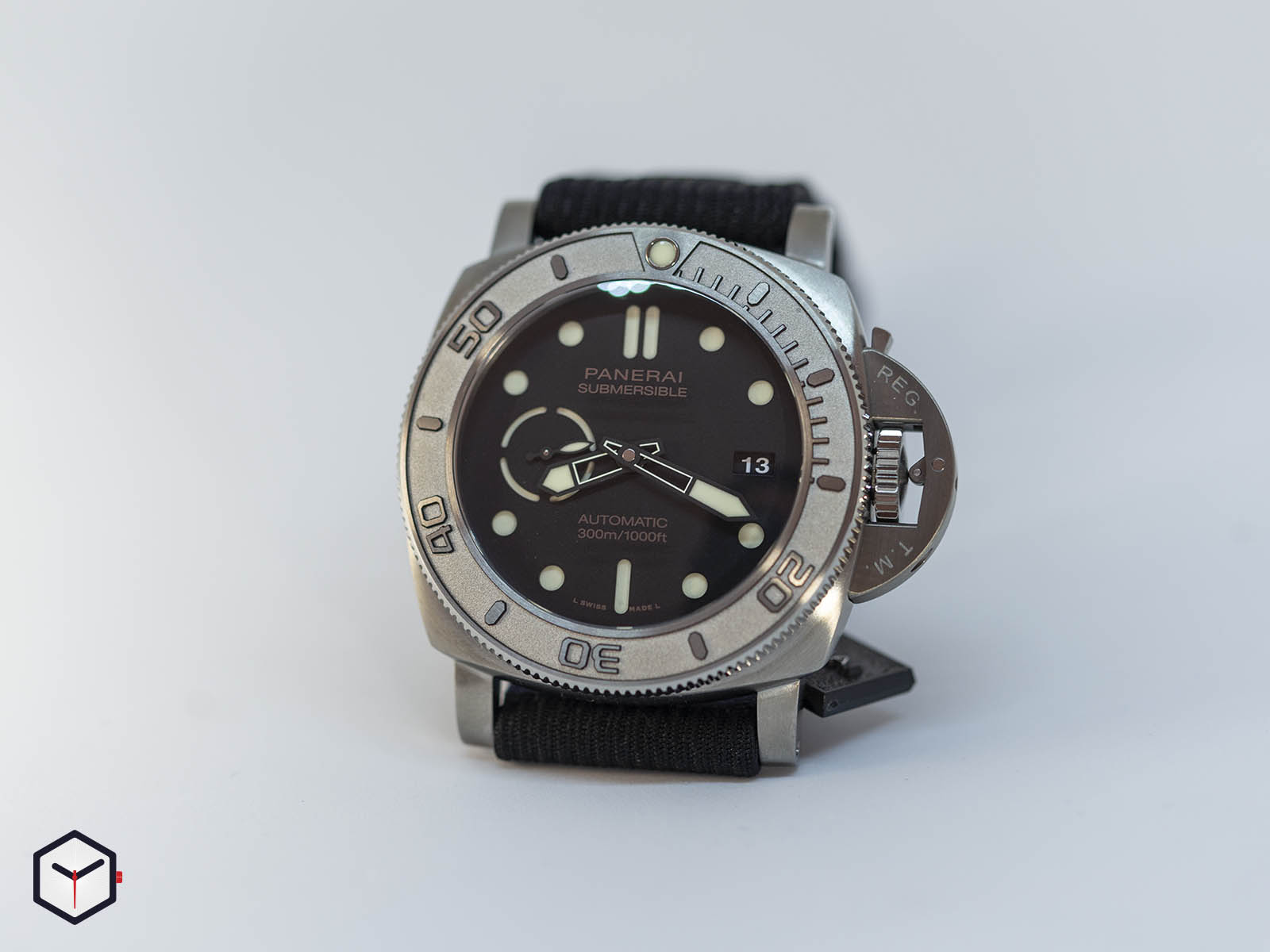 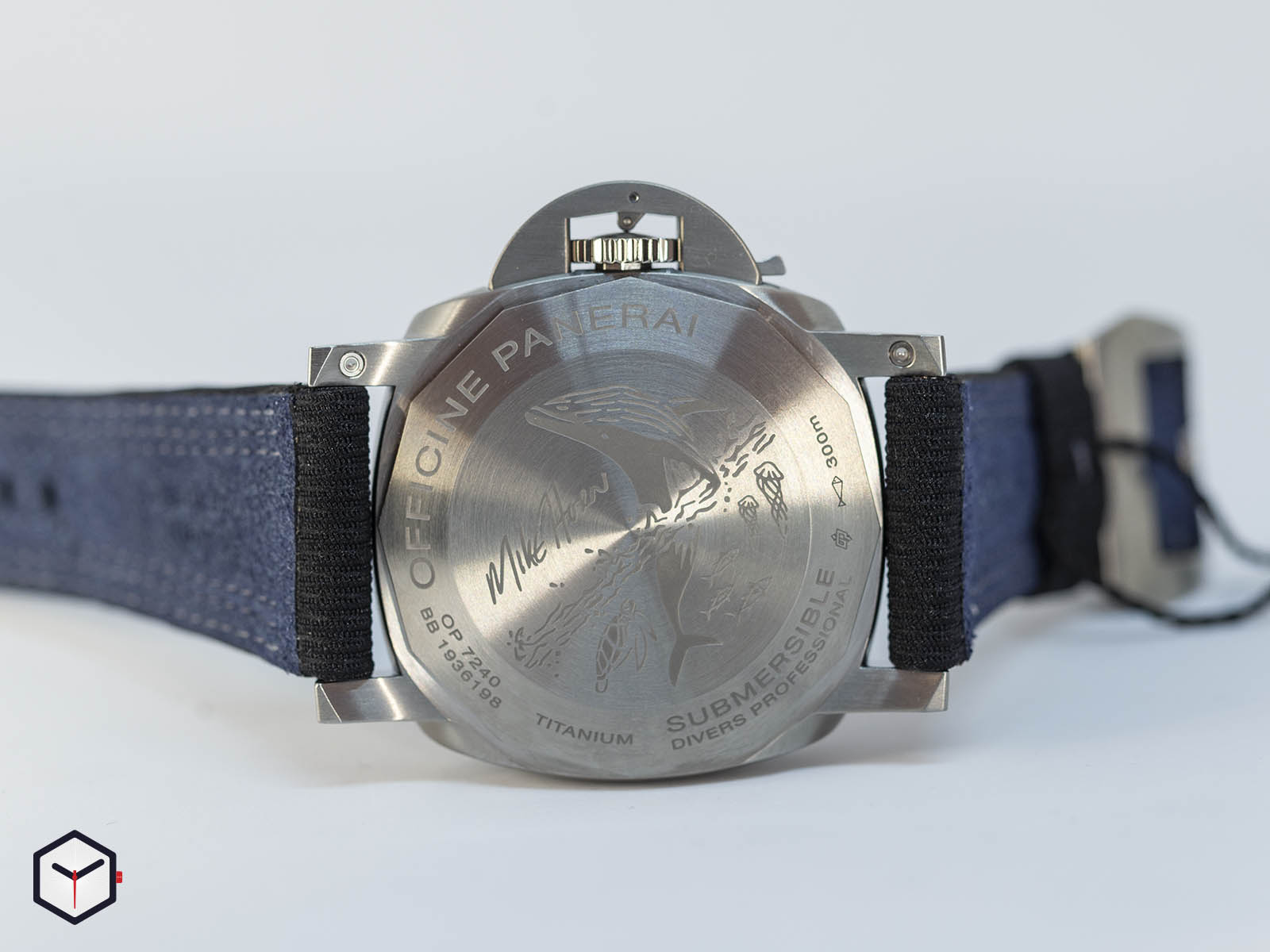 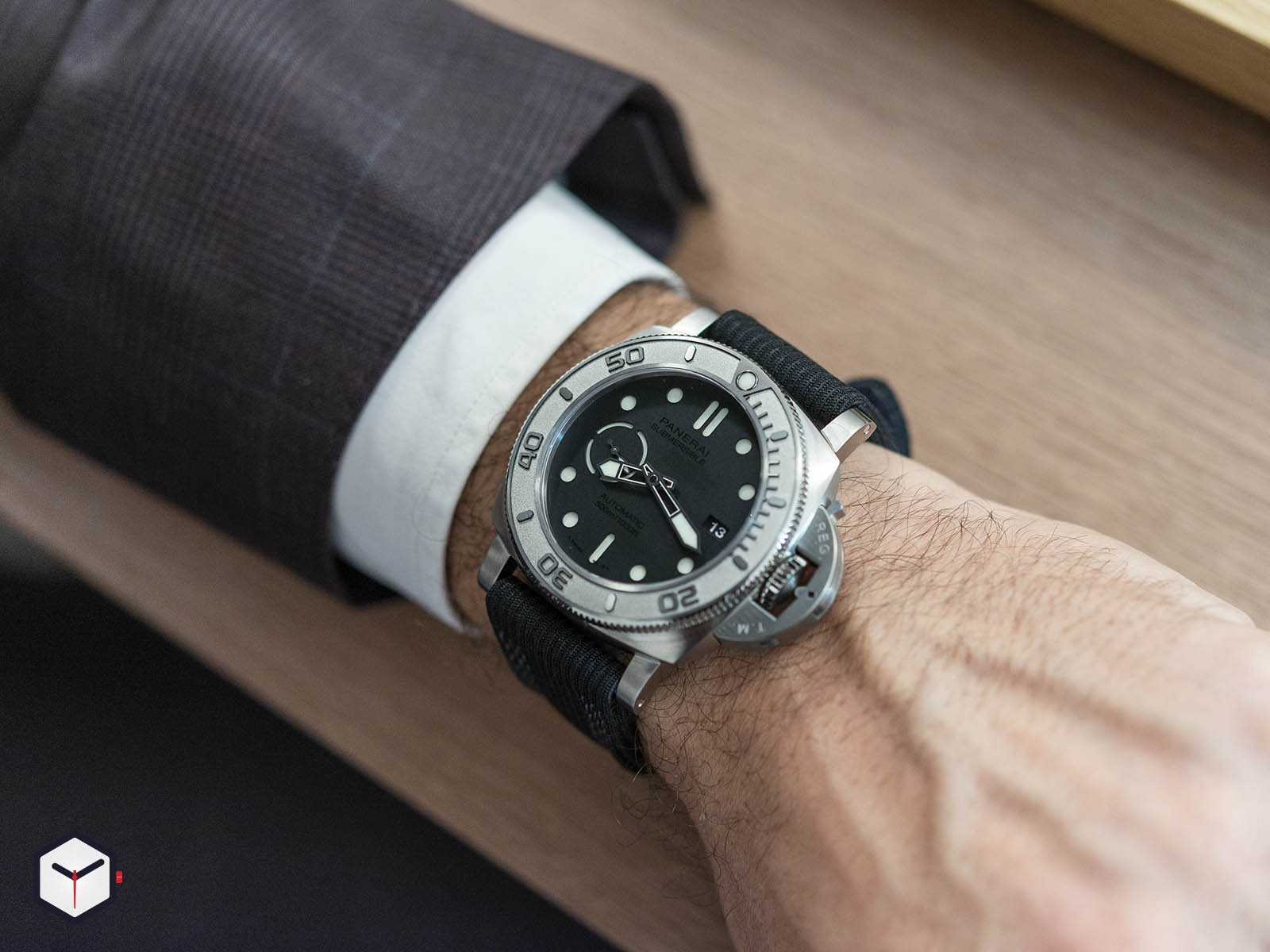 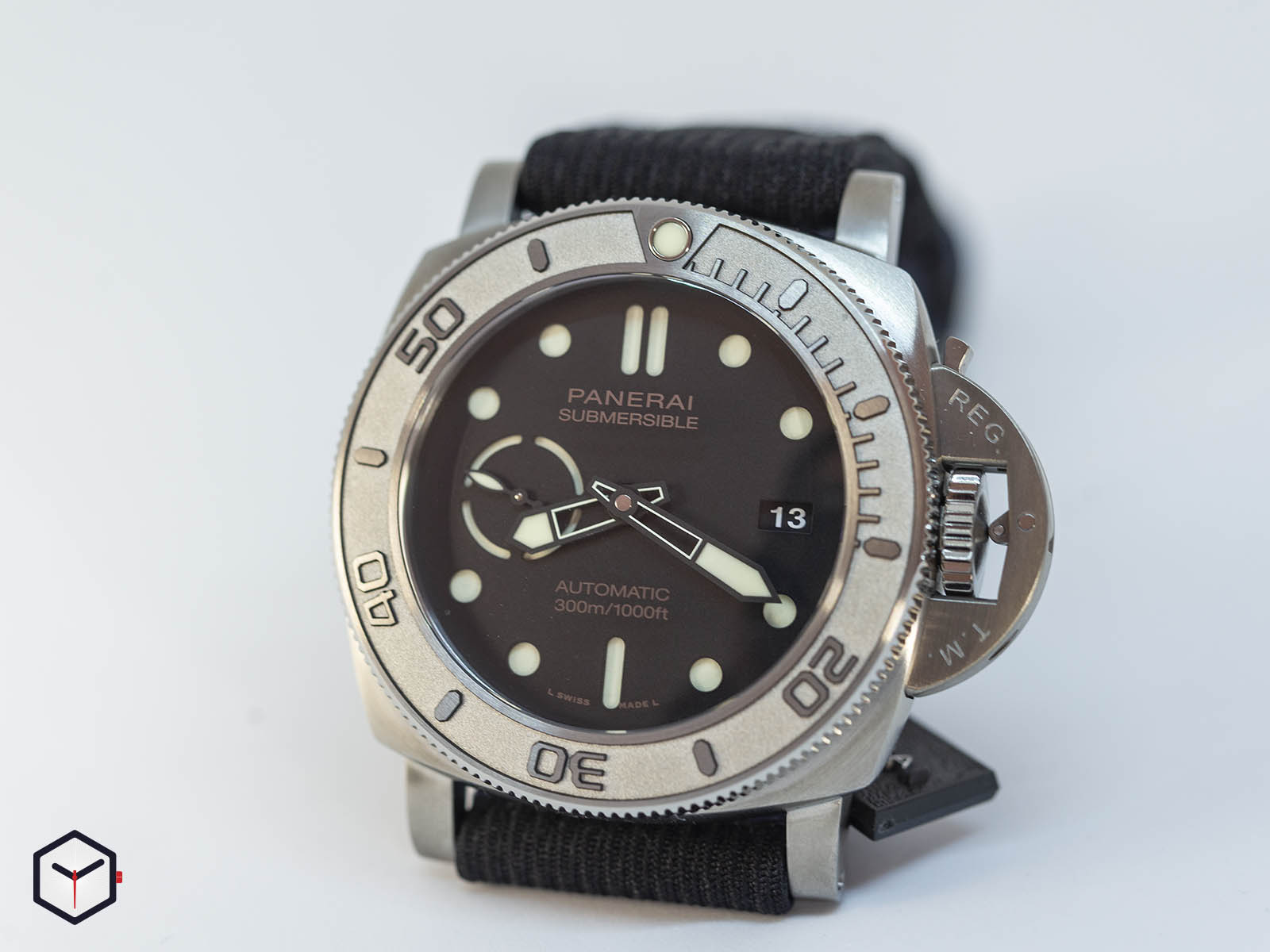 The Swiss adventurer and explorer Mike Horn has been a Panerai ambassador for many years. The award of having this limited edition PAM00984 is an outstanding journey to the Arctic with Mike Horn and his team. The model is limited to 19 units only as well as the tickets for the Arctic journey. For those who do not want to participate in such an event like that or simply find the € 39,900 MSRP too much, there is the standard version with a much more approachable price as € 19,900. 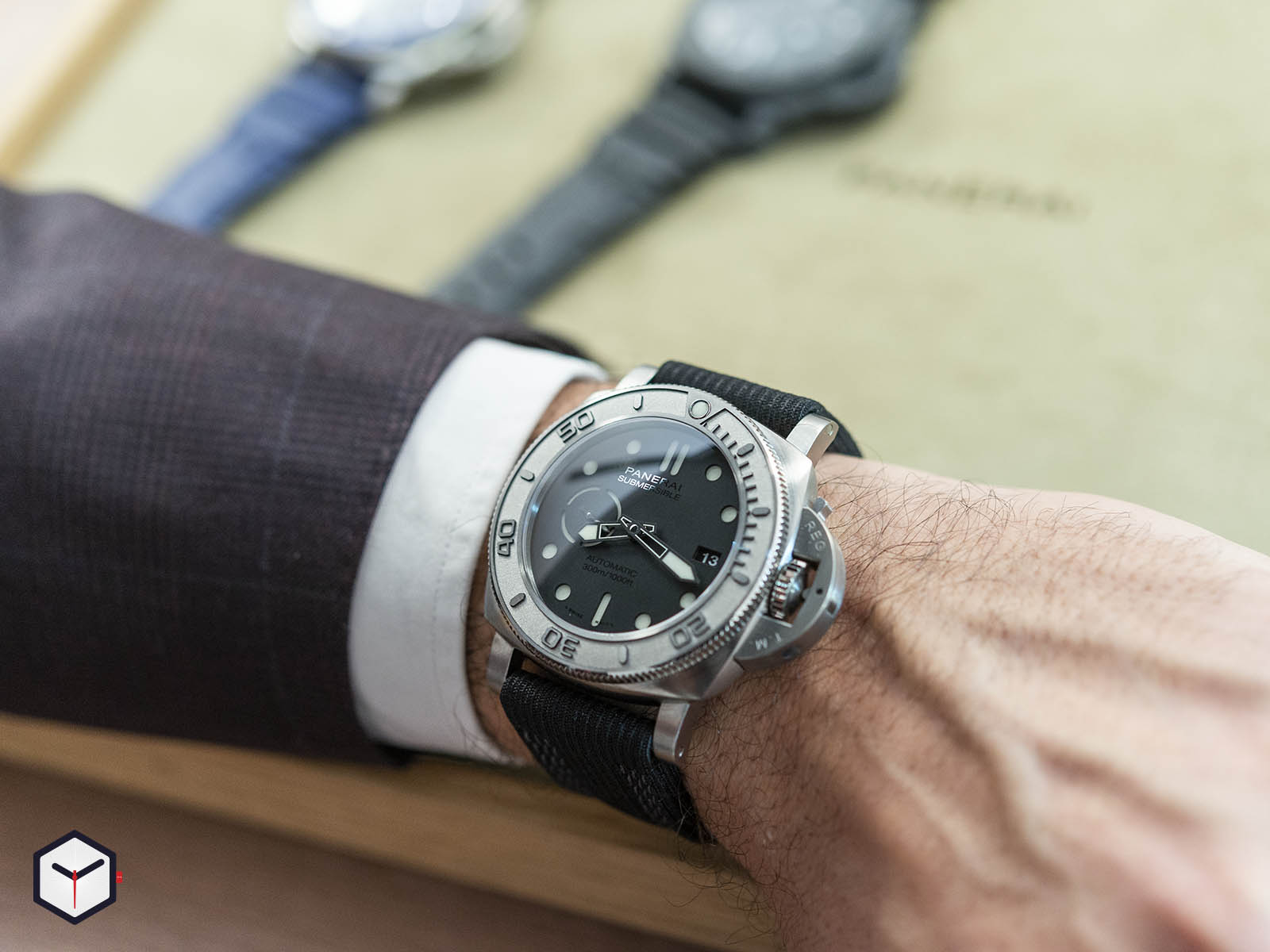 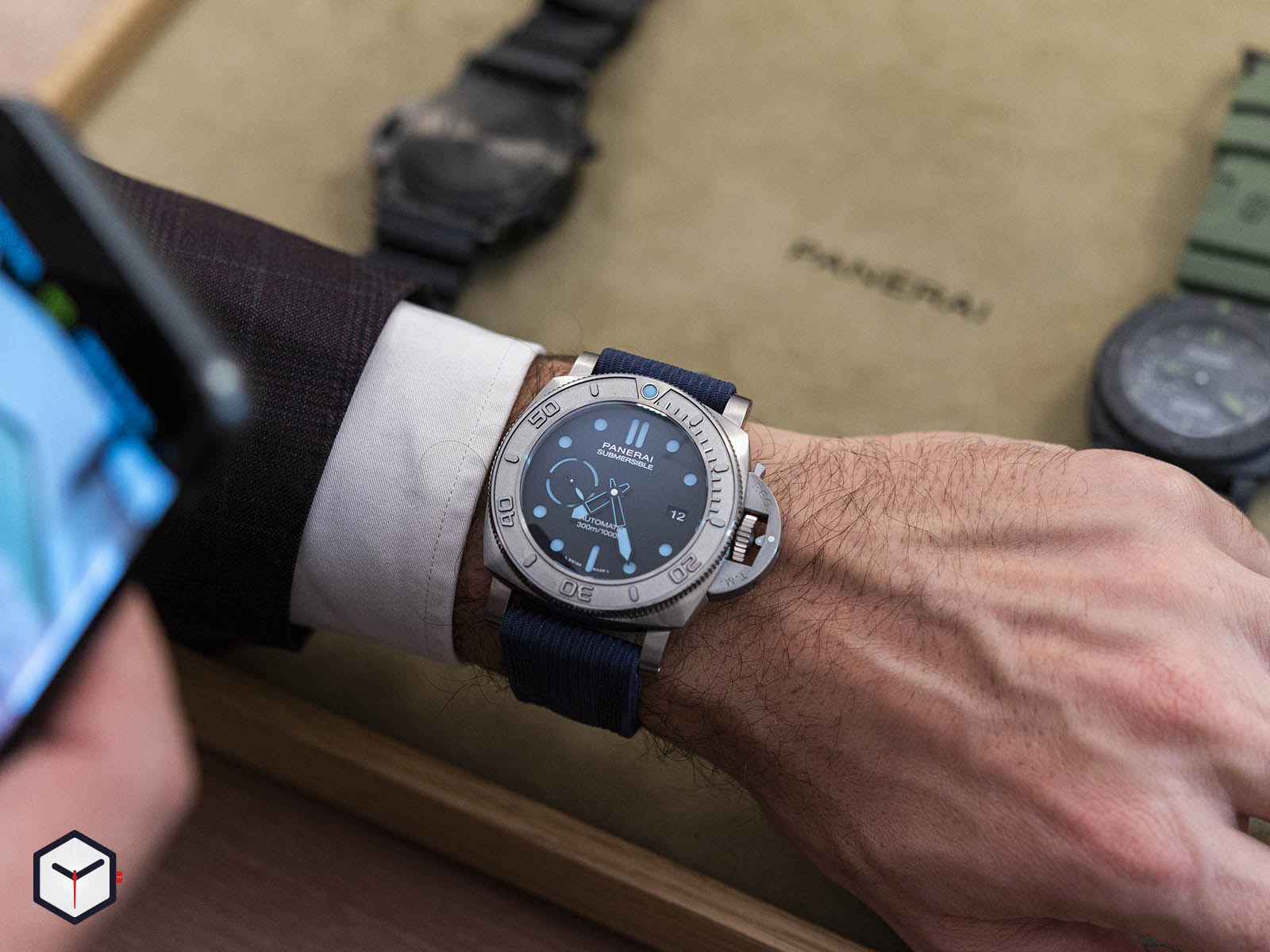 Apparently, Panerai is looking for ways to deal with customers more intimately. Indeed, I think that Jean-Marc Pontroué, who took over the position after the previous CEO Angelo Bonati, intends to enter into new markets rather than appealing loyal Paneristi with such initiatives. Despite being out of the brand’s characteristic features or its DNA with their own worlds, I believe their new way of offering experiences to customers will be adopted by other brands in the future. However, things get a little complicated upon reasonably thinking. As a watch enthusiast, introducing completely new models offering unique design elements along such high price tags and marketing strategies instead of special editions differentiated by small details from the standard production models will surely make me happier. 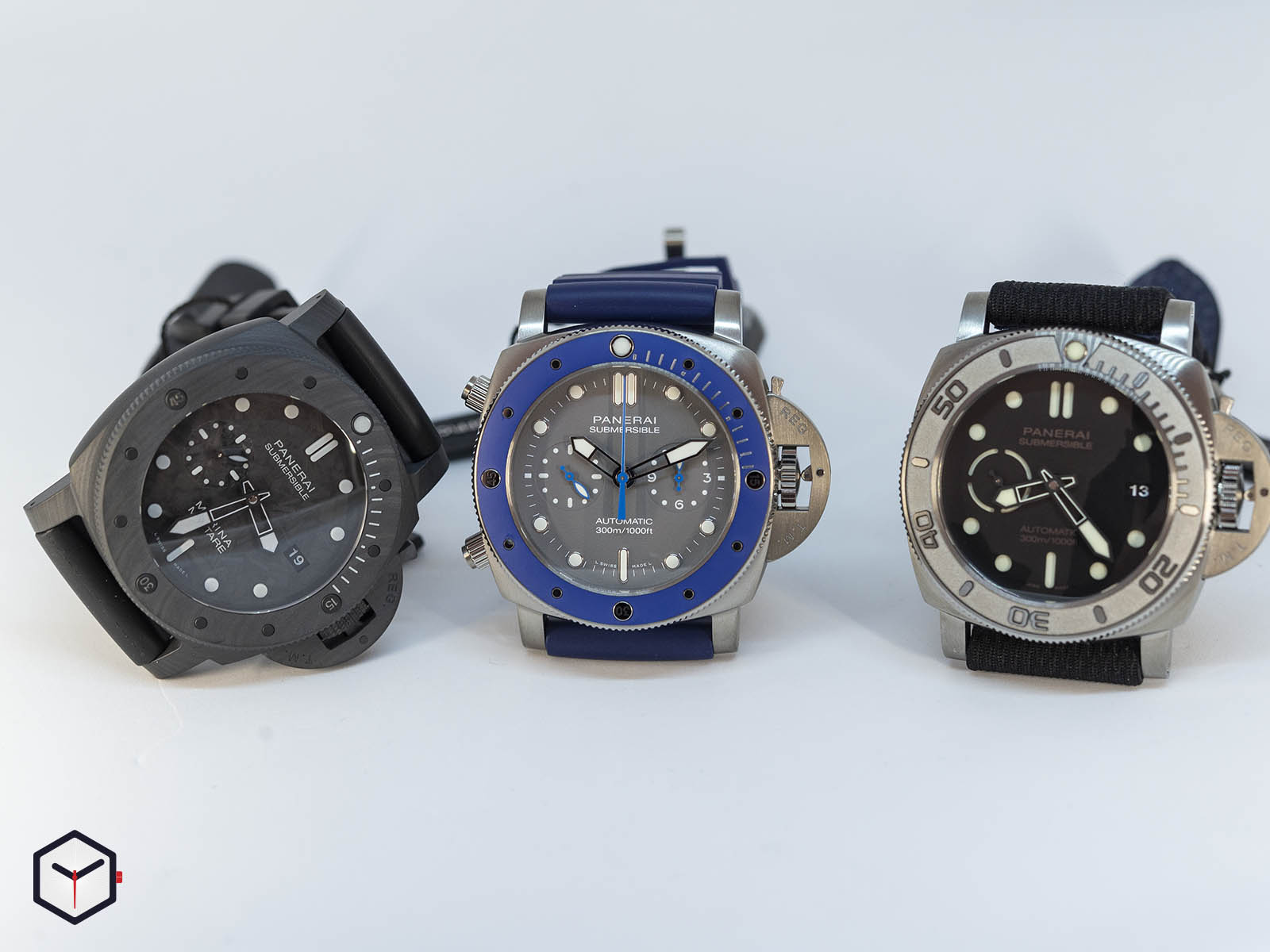