American astronaut David Scott is the 7th person who stepped on to the moon had a Bulova Chronograph for his personal watch. 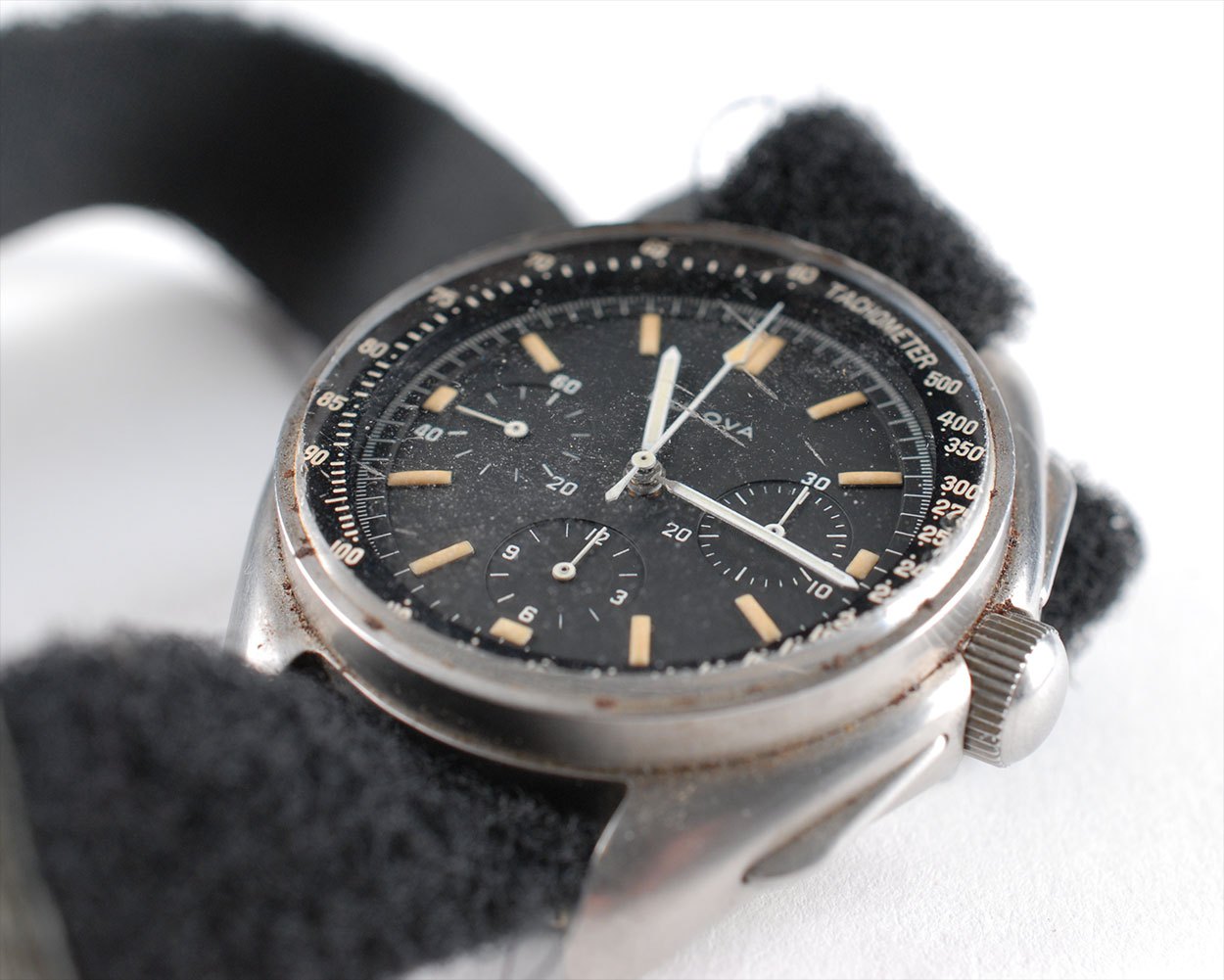 The NASA approved Omega Speedmasters do not belong to the astronauts. They are given for official missions and they are collected back upon completion of the mission.

The Bulova Chronograph on Dave Scott on the hand did not belong to NASA, it was his own watch which he took as a back up watch during missions to moon. This watch was auctioned recently and sold for 1.615.000.000 USD. 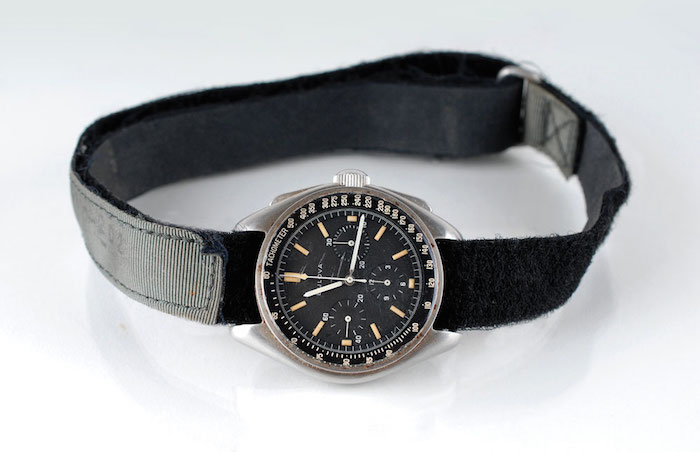 Interestingly, Scott used the very same watch during his last mission to moon as his Omega Speedmaster’s crystal cracked badly. Precise Time Measurement bears great importance to the astronauts as very slight miscalculations may end up in severe failures. 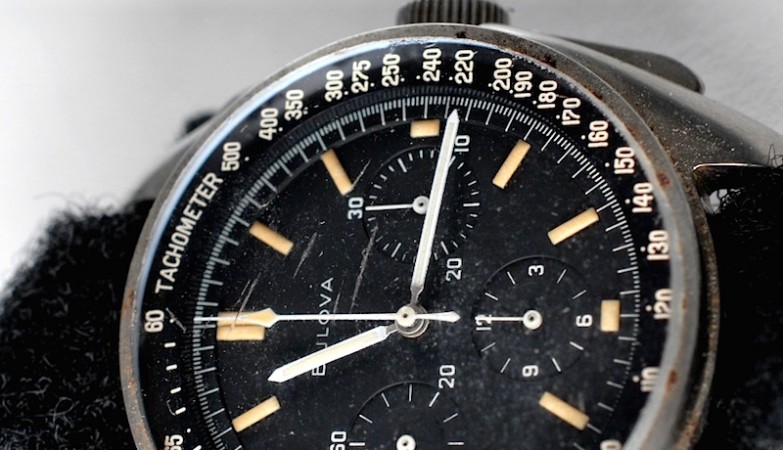 Bulova Chronograph Ref. #88519/01 looks pretty beaten up after performing for 4 hours, 49 minutes and 50 seconds at the moon. The most thrilling part is the moon dust still being attached to the crystal and case back. 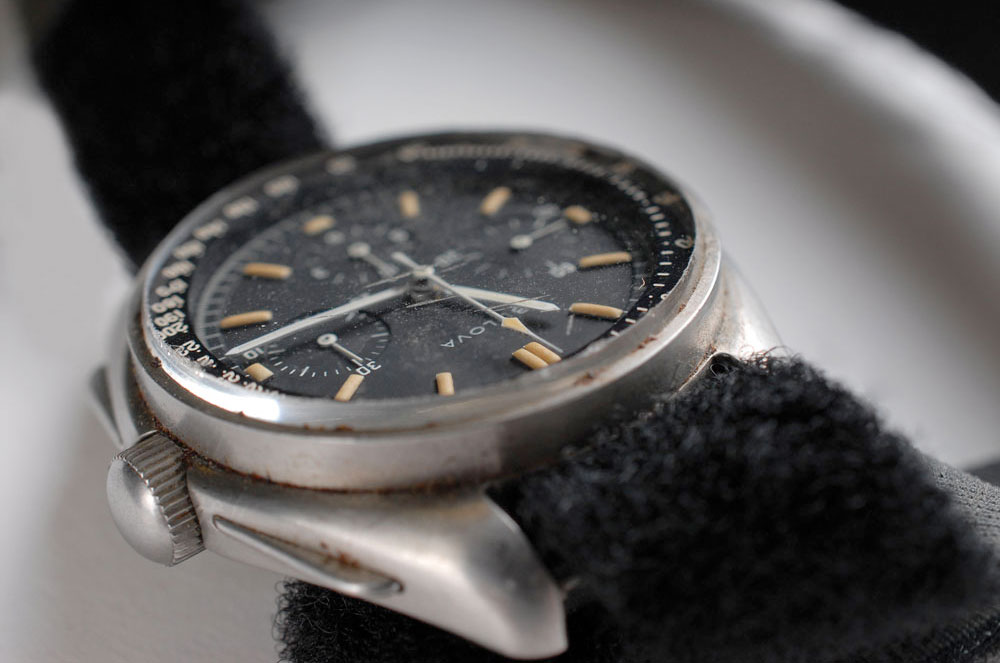