Audemars Piguet introduced the re-issue version of its iconic timepiece Ref. 1533 from the 1940s. The new Two-Tone chronograph features both contemporary and nostalgic details. 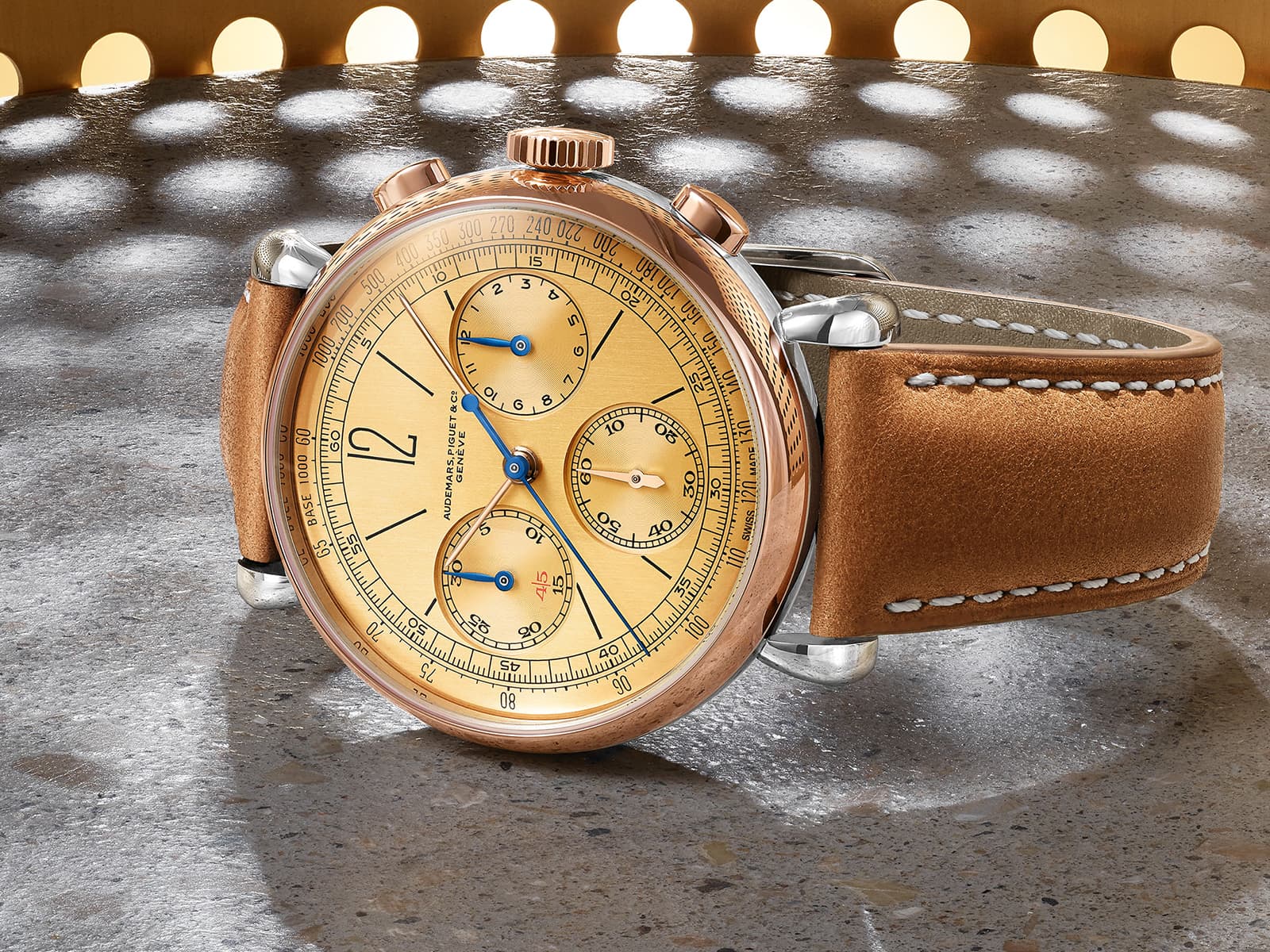 Audemars Piguet was known as one of the most successful watch brands ever, with models that form the history of watchmaking and superior artisanship. I said was as the image of the brand has changed dramatically with the production of Royal Oak in 1972 and Royal Oak Offshore in 1993. Especially in the early 2000s, RO and ROO families went beyond AP and made the brand almost identified with these two series only. Well, I don't think AP complains too much about this, but they must have noticed the risks of building the brand's entire strategy over a pair of collections as they rolled up their sleeves and introduced the CODE 11.59 series to set sail for new horizons. Everything was as it should be on black and white except one thing: the spirit.

AP did its homework. They resolved the expectations of the customers from a watch with Audemars Piguet brand on its dial and decided to activate the weapon that they hide for the difficult days as all brands do now and then; the remakes. Introducing the re-issue versions of the old models that are important for the brand’s history is a highly preferred strategy. On the other hand, many watch enthusiasts also like it a lot as many modern designs do not offer the warmth and appeal of the old ones. It is more like a safety valve to be used in case of an emergency. However, there is also a drawback about this strategy; if you don’t do it right, there’s no turning back. 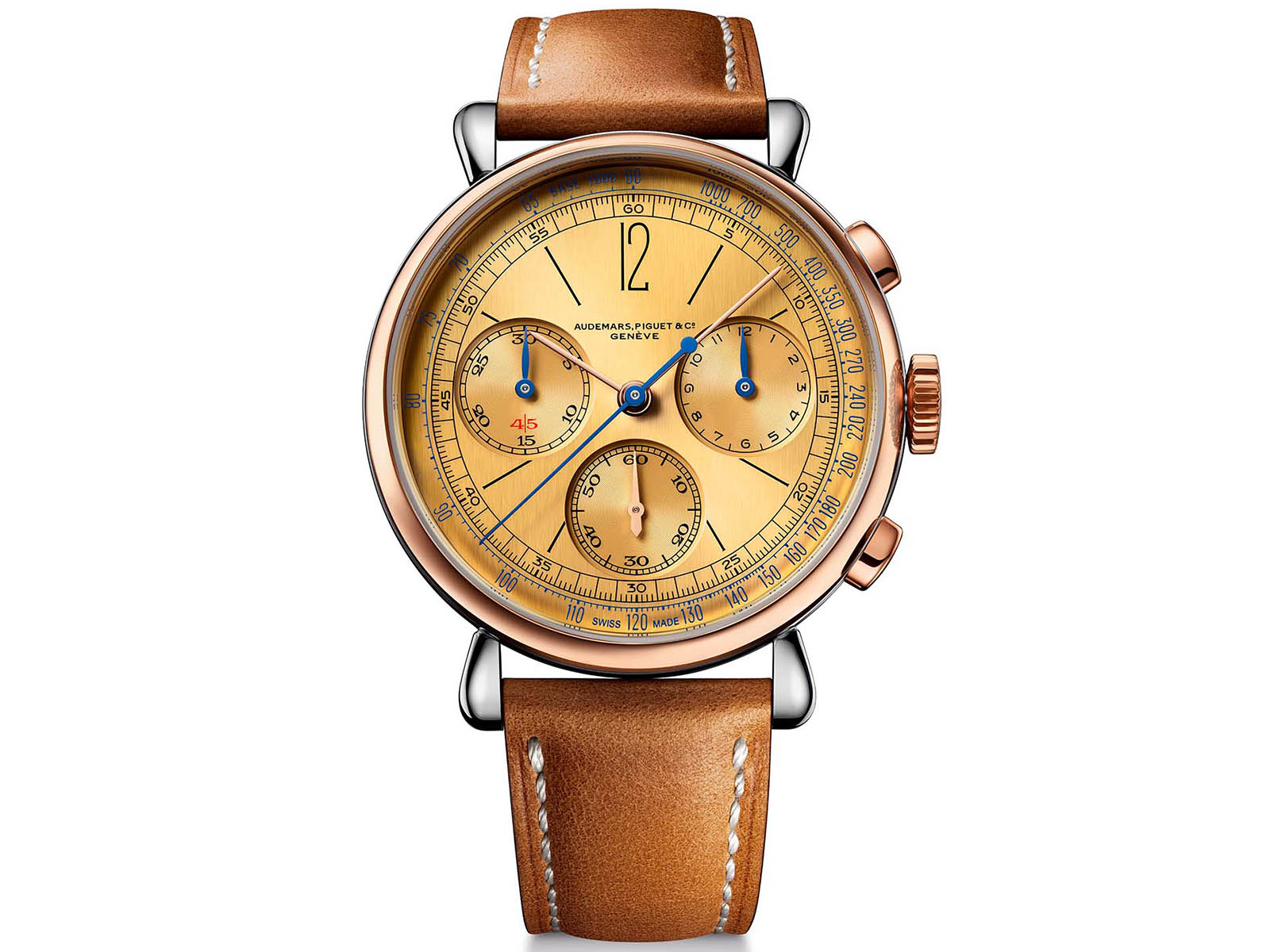 I see a similar effort in the making of the [Re]master01. Many years after the introduction of the Royal Oak and Royal Oak Offshore series, the biggest attempt to expand the brand's customer base was the CODE 11.59. Now, with a similar project, AP is seeking to set sail to different oceans. Heavy and rough ones.

What does Audemars Piguet offer us with the new [Re]master01? First, the model is the re-issue of Ref. 1533, which is limited to 307 pieces only and produced between the 1930s and 1950s. The new model’s case measures 40mm, unlike the original’s 36mm. I believe sizes like 36 or 38mm would be much better for such a stylish model like this. However, the larger diameter is not related to modernizing the aesthetics only. The drop-shaped lugs, 18K rose gold bezel, crown and pushers and the stainless steel case are among the details that reinforce the retro appeal. The details on the dial are also in perfect harmony with the model’s overall character. While blued hands, tachymeter scale, and vintage brand logo appear as successful design elements, my only criticism about the dial is that yellow is used instead of the pink tone in the original model. Equipped with sapphire crystals per the requirements of the 21st century, the case's water resistance level is limited to 20 meters. 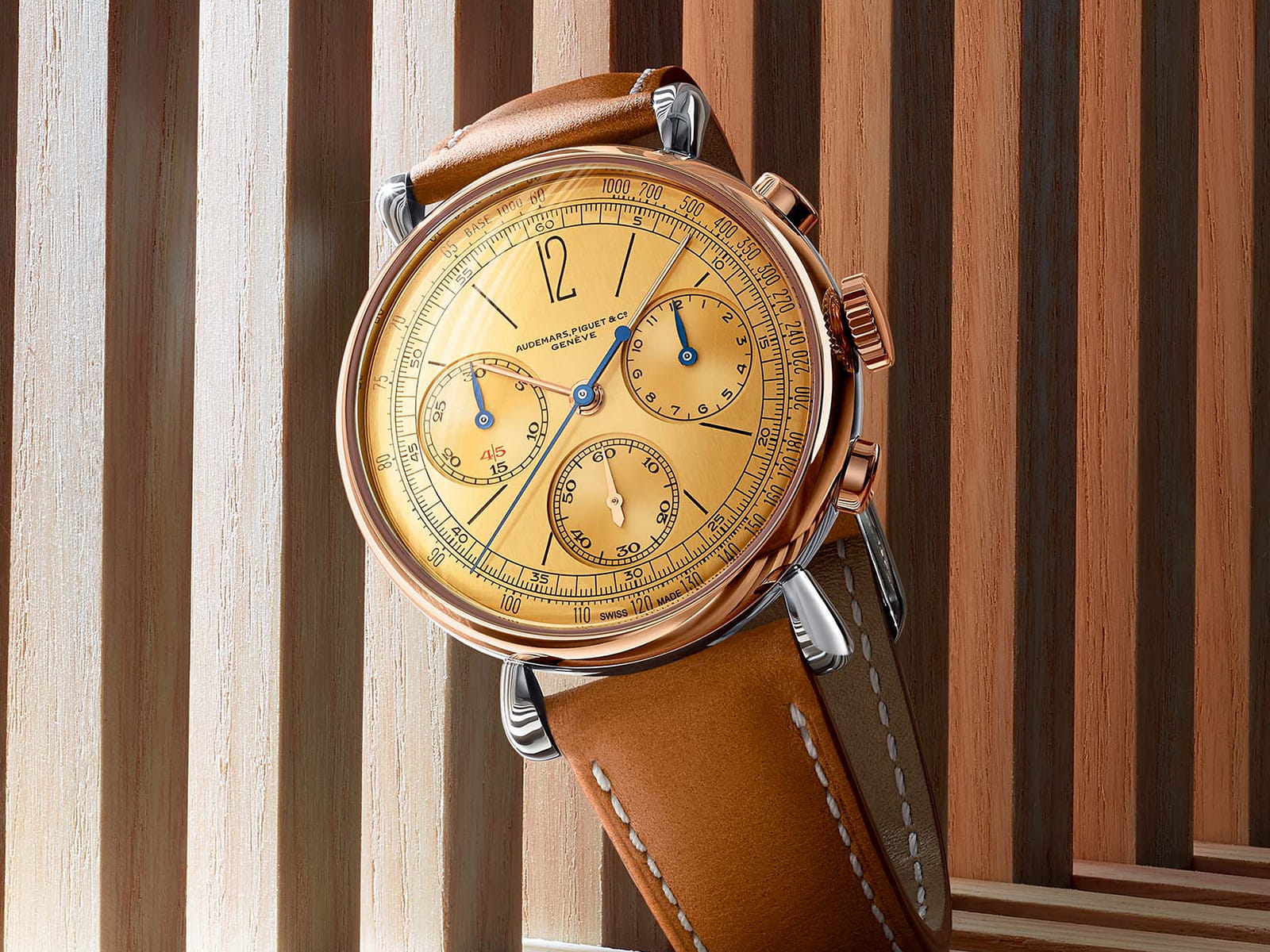 When we turn the watch back, we notice an unexpected movement for such a design. A chronograph that seems to have jumped out of the 1940s cannot be, and should not be powered by a self-winding movement. Somehow, AP based this project on the automatic movement designed for the chronograph version of CODE 11.59, Caliber Ref. 4409. 40 jewels, self-winding Flyback chronograph movement beats at a frequency of 4Hz/28.800vph, offers a power reserve of 70 hours. The movement measures 32mm x 6.8mm. These dimensions are directly related to the size of the case I mentioned above. 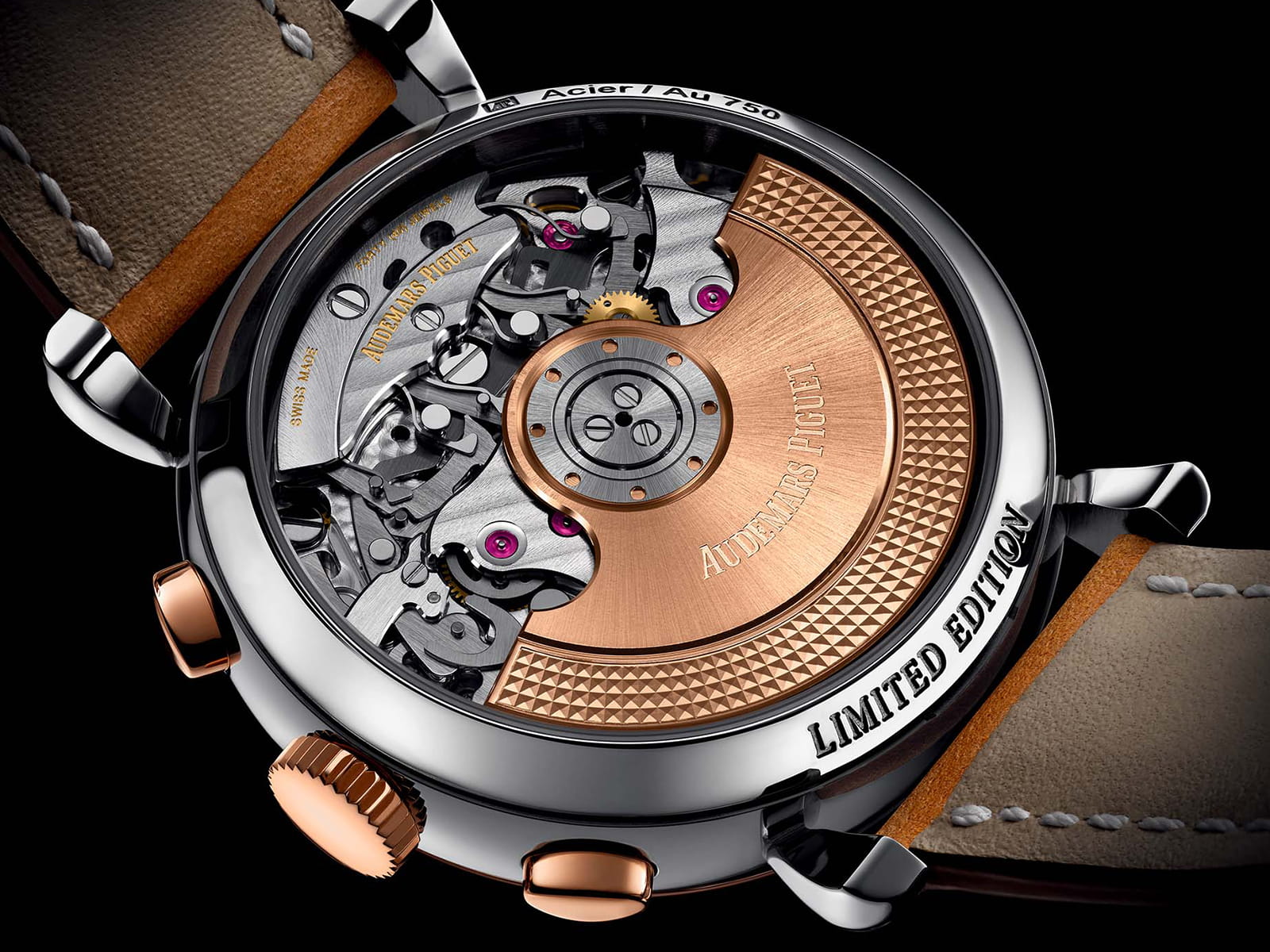 In this model, AP offers a light brown calfskin strap and a standard brown alligator strap. The buckle made of stainless steel is the only option available to secure the straps. I wonder why the ostrich strap presented with the original model is not included in the box. 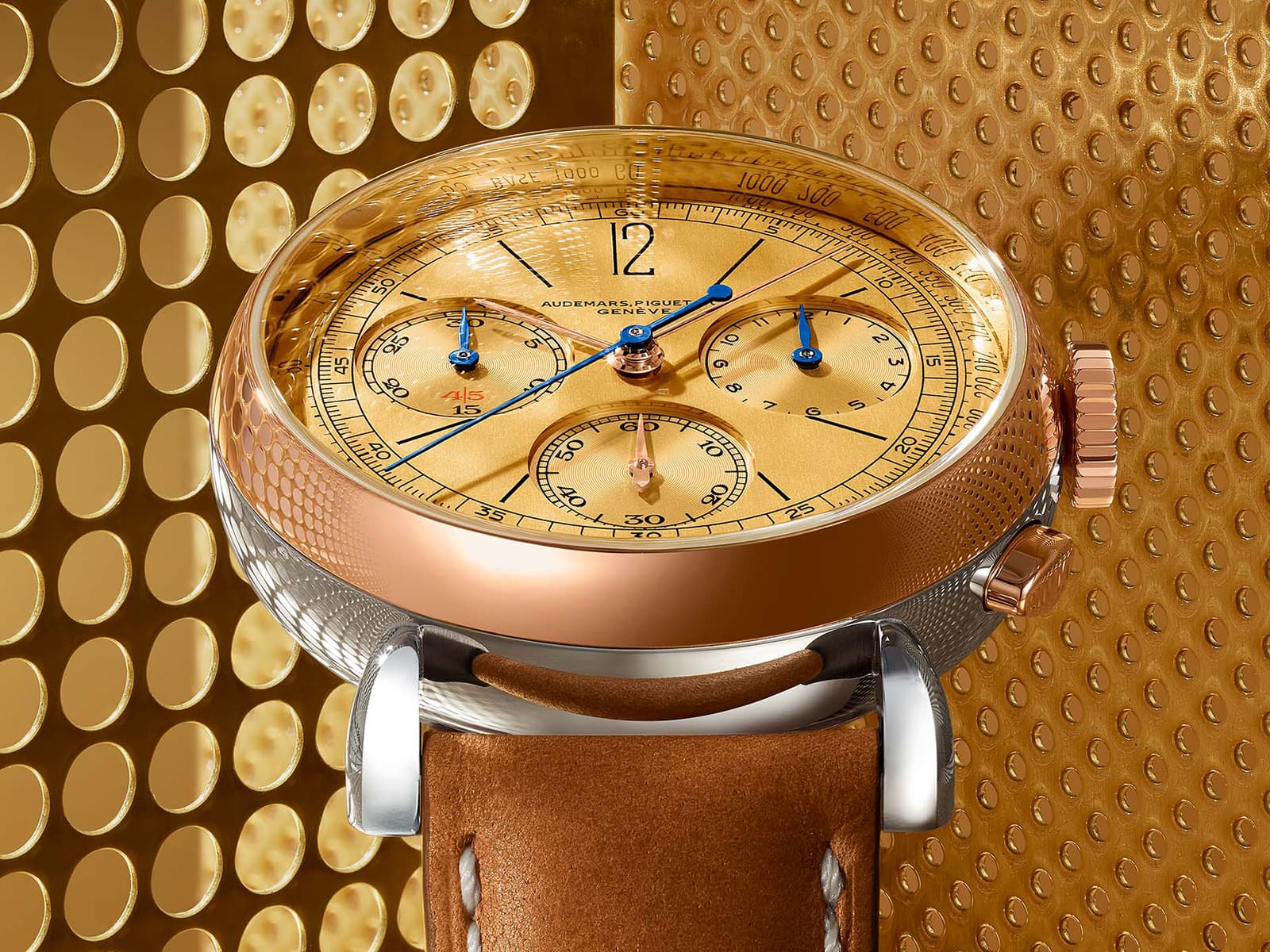 Audemars Piguet [Re] master01 is admirable at first glance but has confusing features when you go into details such as its size, which is even big for a modern sports chronograph, its yellow dial that is incompatible with the eye-catching pink tone of the bezel and pushers and the large self-winding movement not suitable with the spirit of the model. 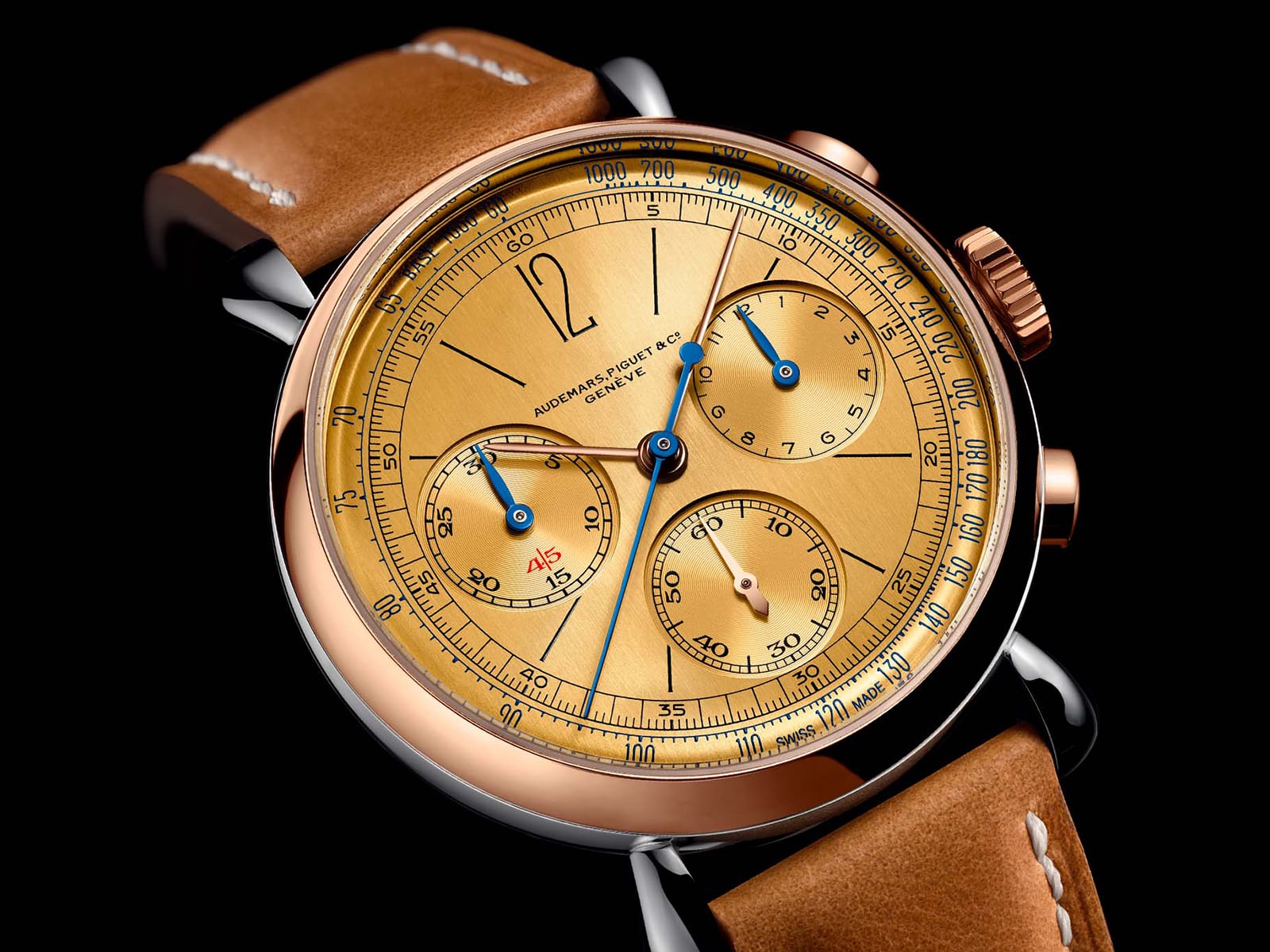