The latest version of Audemars Piguet’s iconic series Royal Oak, 15500, introduced under SIHH 2019, is home to the new Caliber 4302 as well as up to date design details. 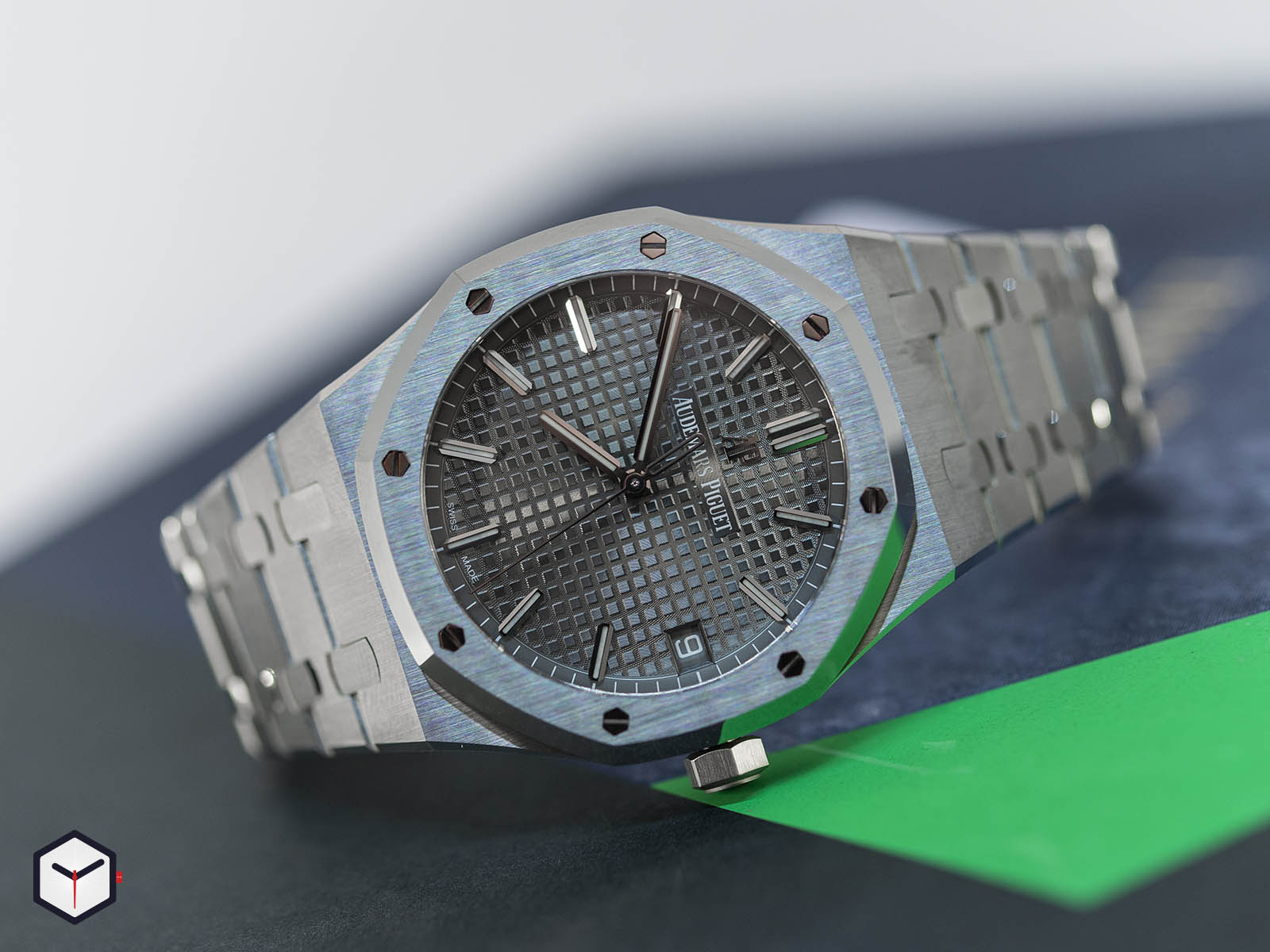 The new version of Audemars Piguet Royal Oak Collection, one of the permanent performers of the dream team, 15500 was introduced at the SIHH watch trade show this year. While the 41mm diameter case, which was debuted back in 2012, maintains its modern size, there are some major updates especially in the movement and the dial. There is no doubt that new additions will be made to the series, which includes five different versions. Currently, the series features three stainless steel versions with different dial colors as black, gray and blue, as well as a pair of 18K pink gold versions offered with a metal bracelet or an alligator strap. 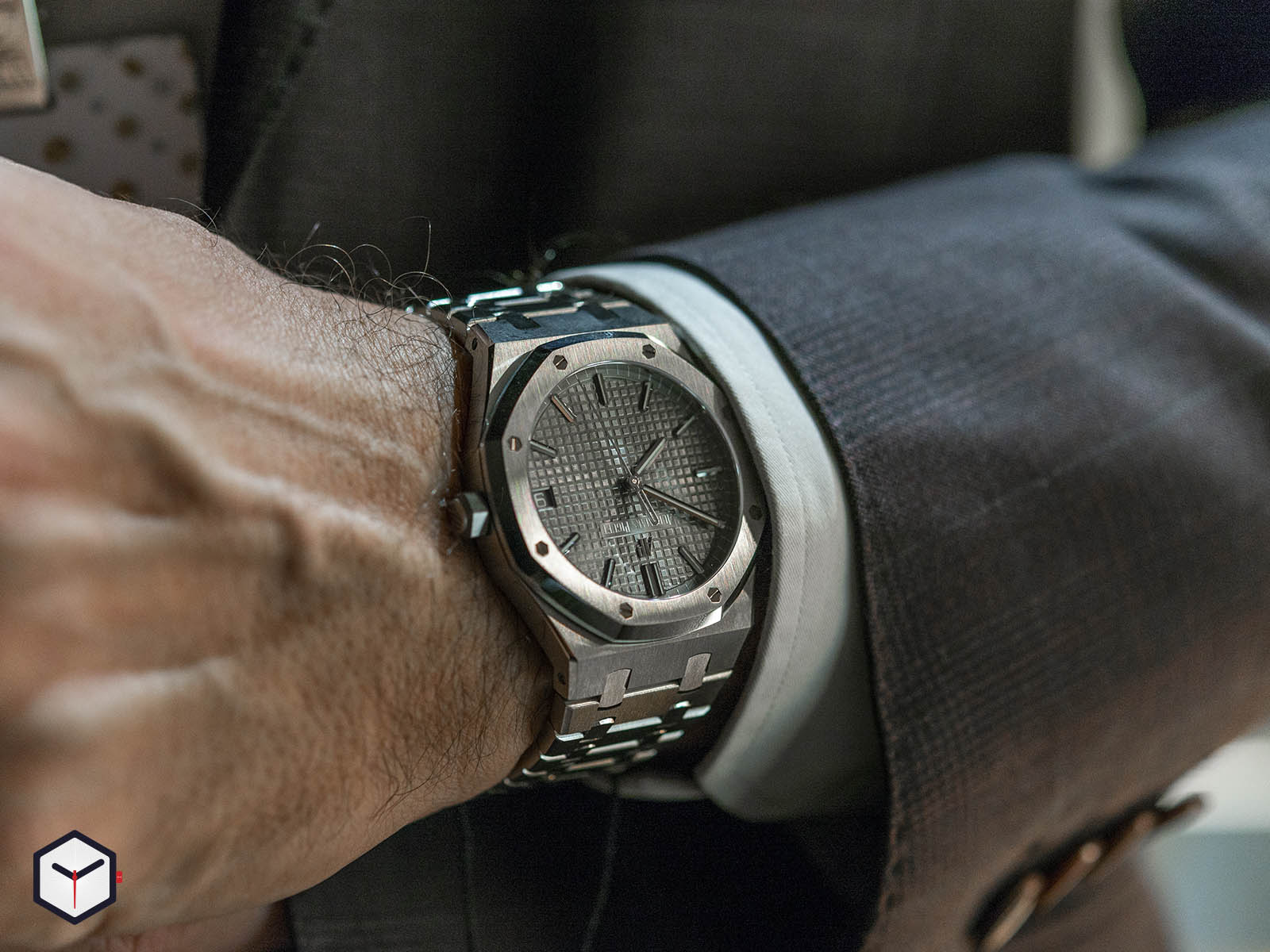 The first Royal Oak 5402 introduced in 1972, with its current reference 15202, was known as the nickname “Jumbo” due to its larger size back then. When we look at the latest versions, it is obvious that the new model deserves this nickname much more than the vintage one. While the diameter stays the same at 41mm, the total height of the new case is increased to 10.4mm from 9.8mm. However, this increased height does not cause any discomfort in terms of wrist wear and aesthetics. The dial of the model that is equipped with scratch resistant sapphire crystals on both sides and is water resistant to 50 meters / 5 bars, offers major updates that are easily noticed at the first glance. 15500, differentiating from the 15400 model with its bigger AP logo, larger indexes, revised Grande-Tapisserie pattern, Automatic text delete and many more, does not only replace the old model but it also makes it look outdated. 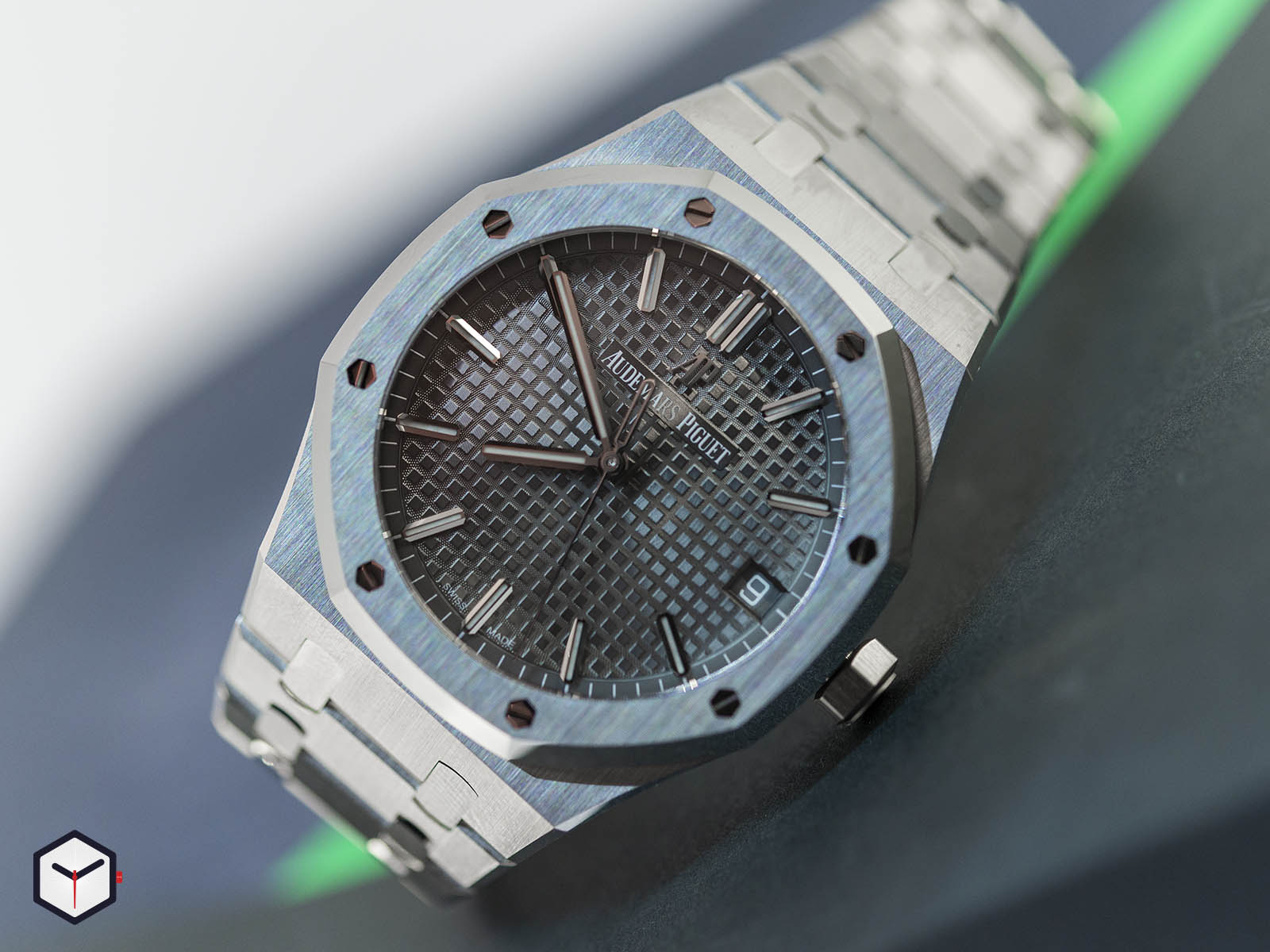 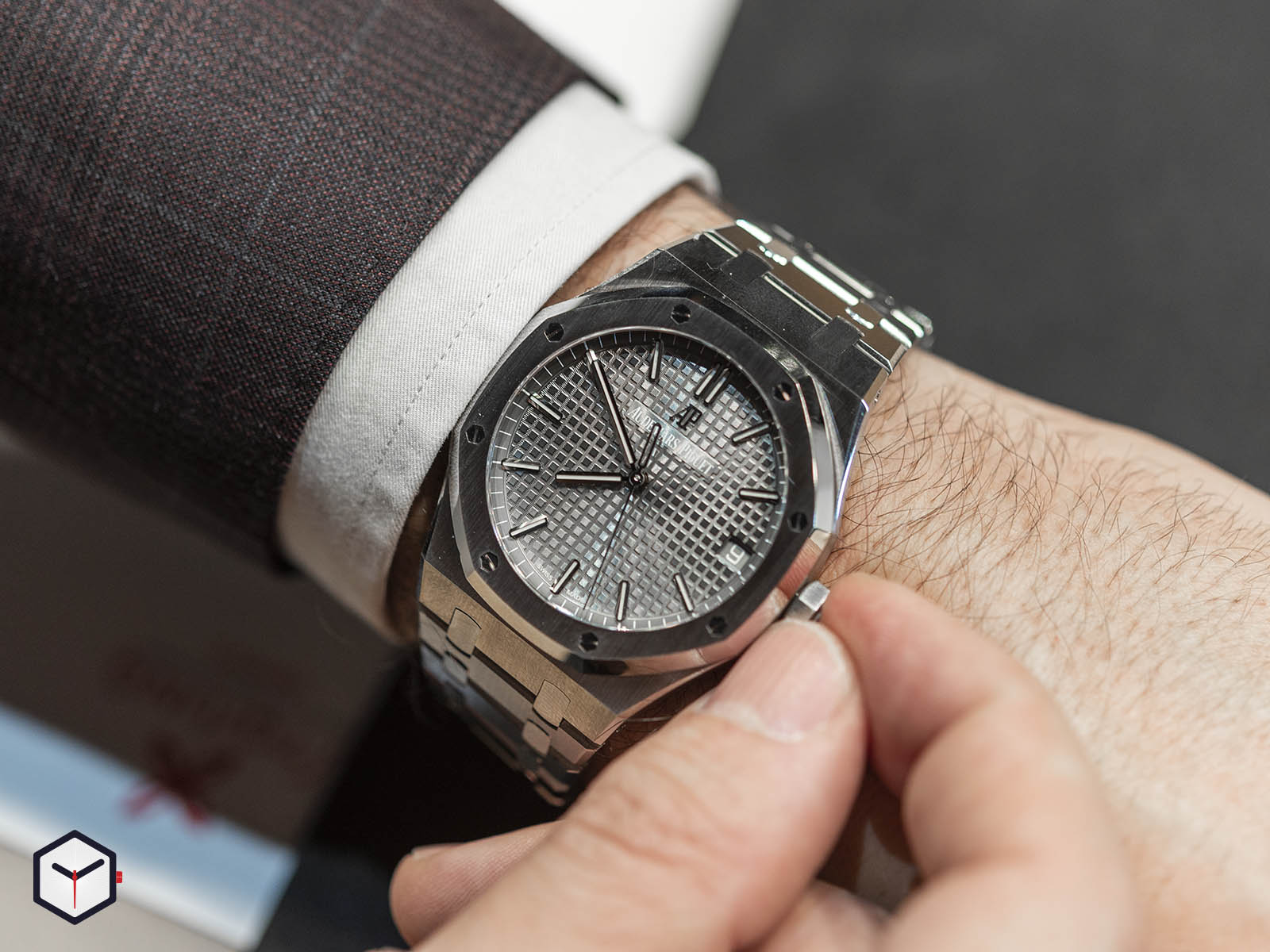 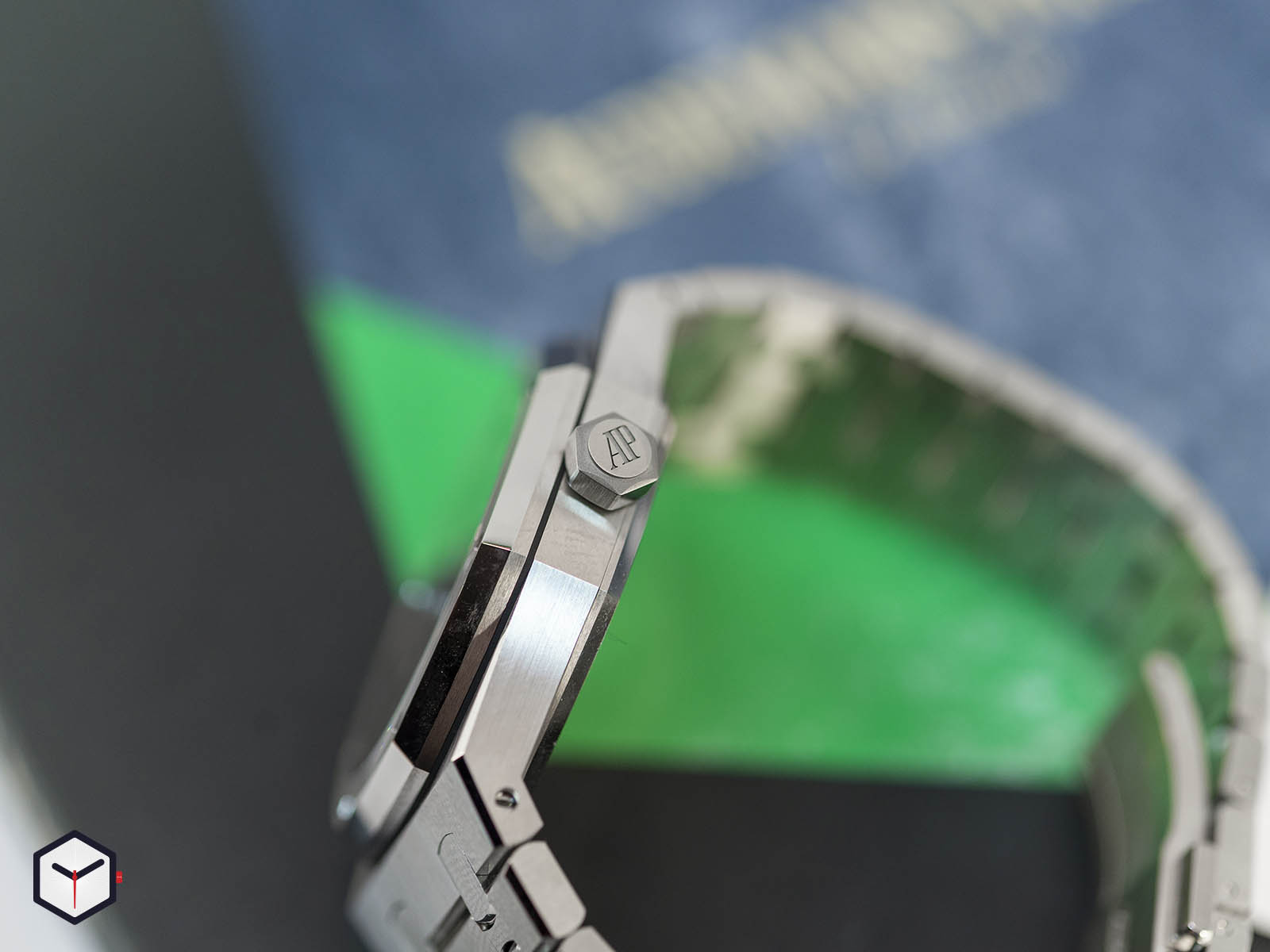 The view we encountered when we flip the watch is absolutely breathtaking. Carefully decorated solid pink gold oscillating rotor, balance spring fixed by double-sided bridge, superior finish and many other details meet us as the results of how carefully the movement is manufactured. The 32mm diameter movement is slightly thicker than the Caliber 3120 used in the previous series, but it operates at a frequency of 4Hz (28.800vph) and offers a power reserve of 70 hours when fully wound. The background color of the date disc placed on the 257 parts Caliber 4302 varying accordingly to the selected dial once again proves the brand’s utmost importance to the details. 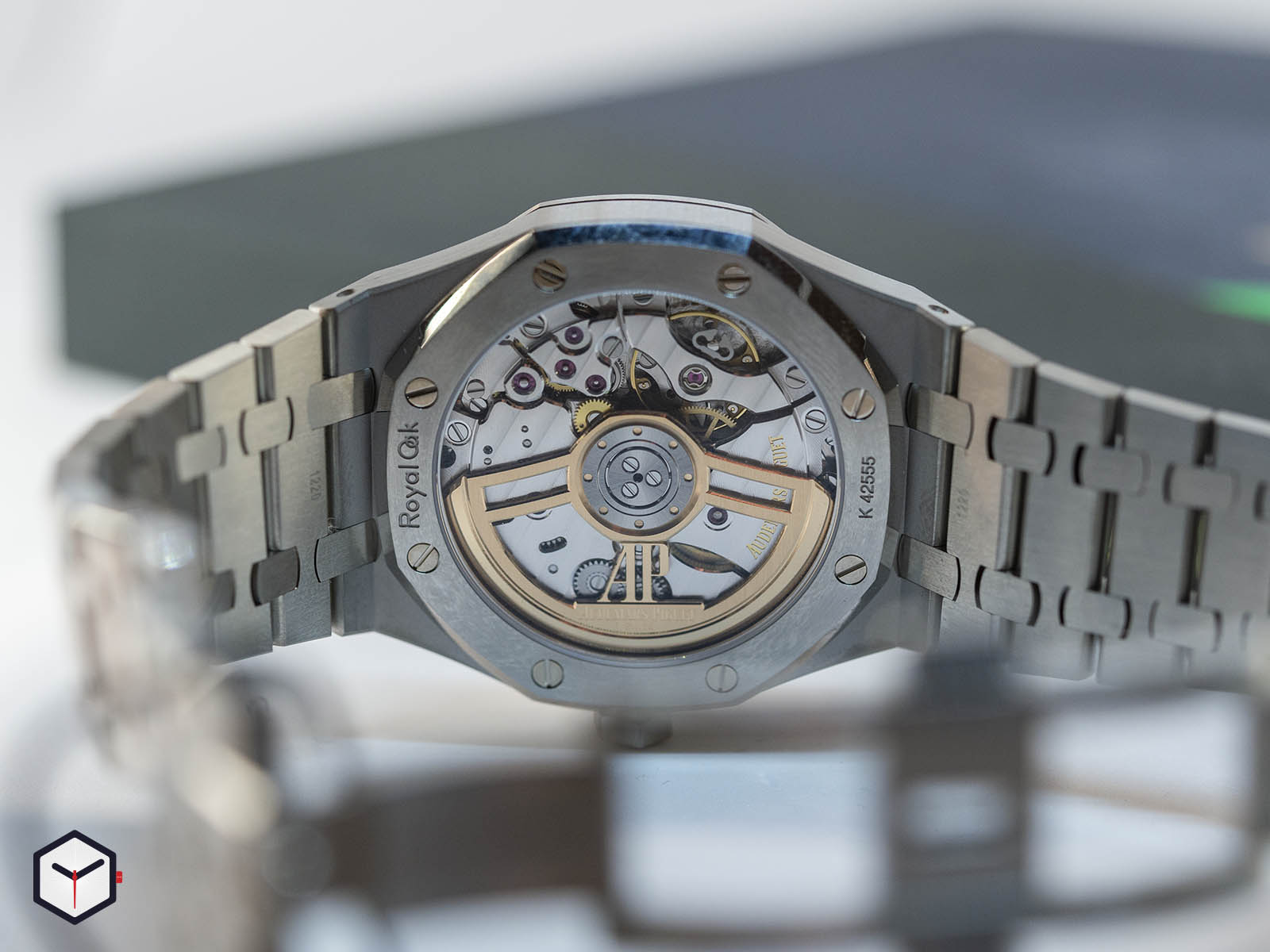 Audemars Piguet Royal Oak is a model that also stands out with its spectacular artisanship. And this tradition remains the same for the 15500 as well. The play of light over the stainless steel bracelet occurred despite the fully satin finished surfaces, simply fascinates the wearers. Royal Oak 15500 can be considered as one of the most successful classic-sports watches of modern time. If the price of the model fits your budget and you have high expectations about quality, prestige, heritage, design and more, you are definitely looking at the right model. 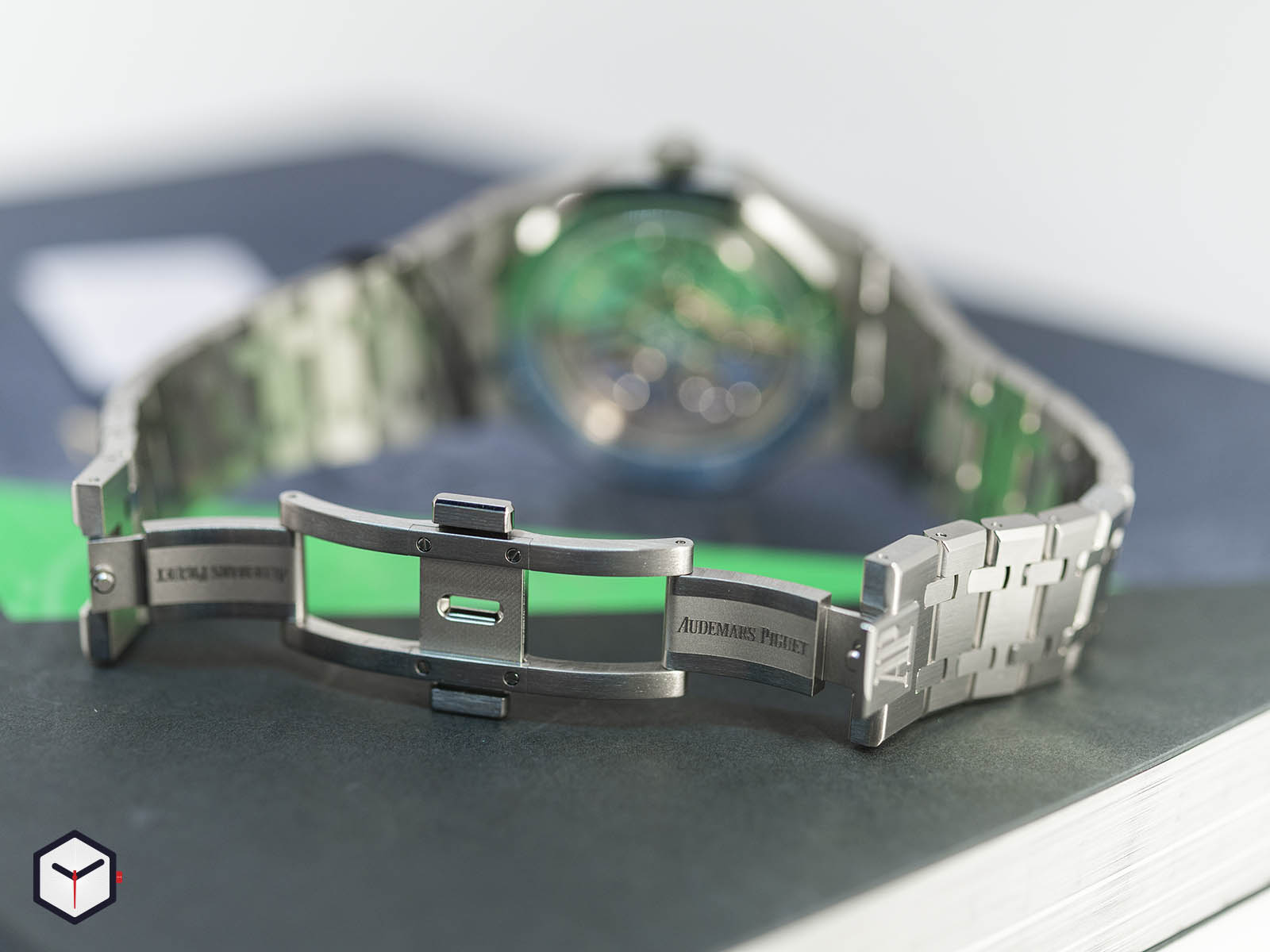