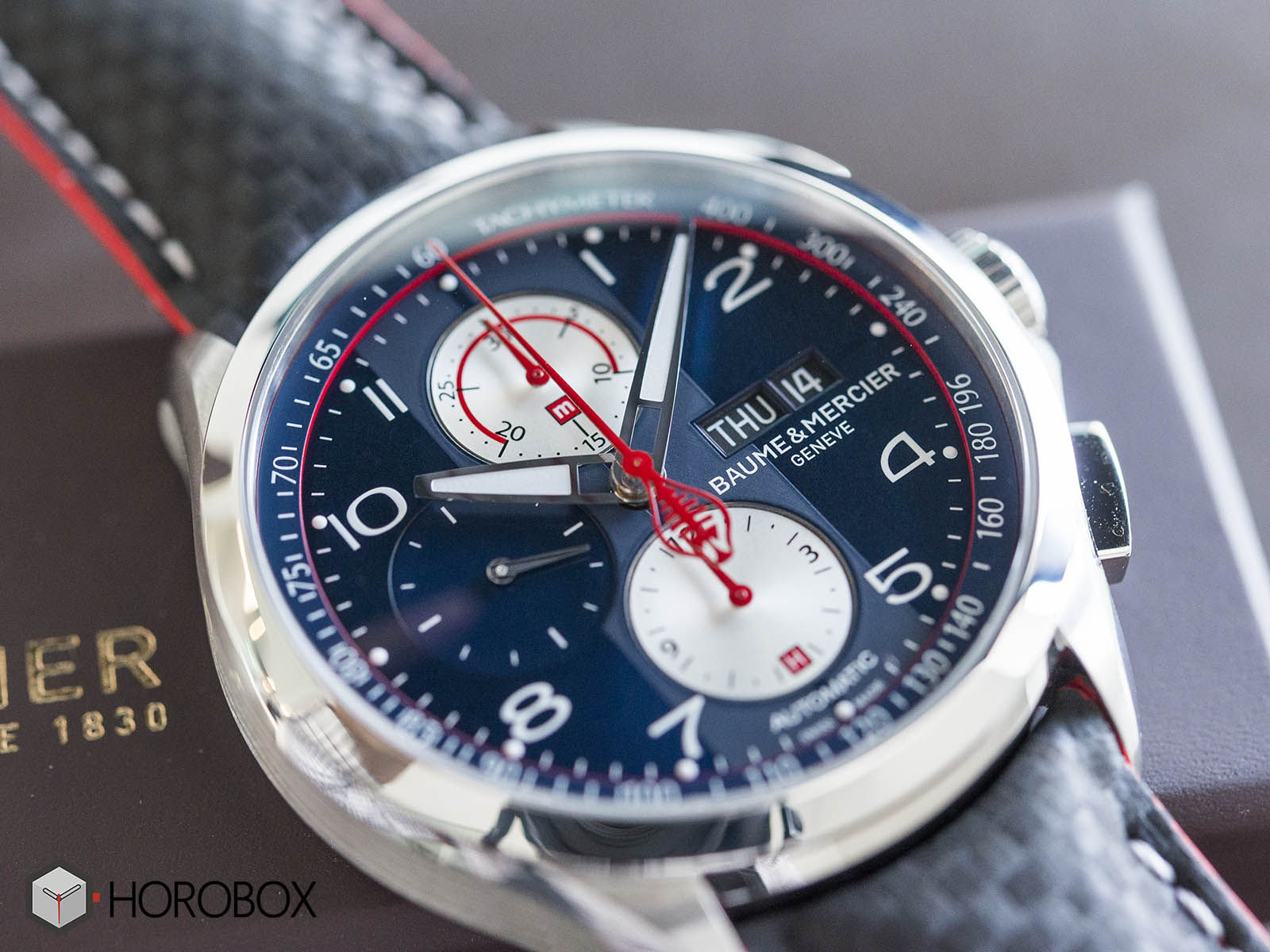 Baume & Mercier, one of the first brands to come to mind in the entry and mid segments Swiss mechanics with its excellent craftsmanship and strong price / performance ratio, is the guest of our Hands On corner with the Clifton Shelby Cobra Daytona Coupé (Ref.10343). The model, which is produced with a limited span of 1964 units only, bears remarkable details that tribute to the legendary race car Shelby Cobra like the previous versions in the same collection. 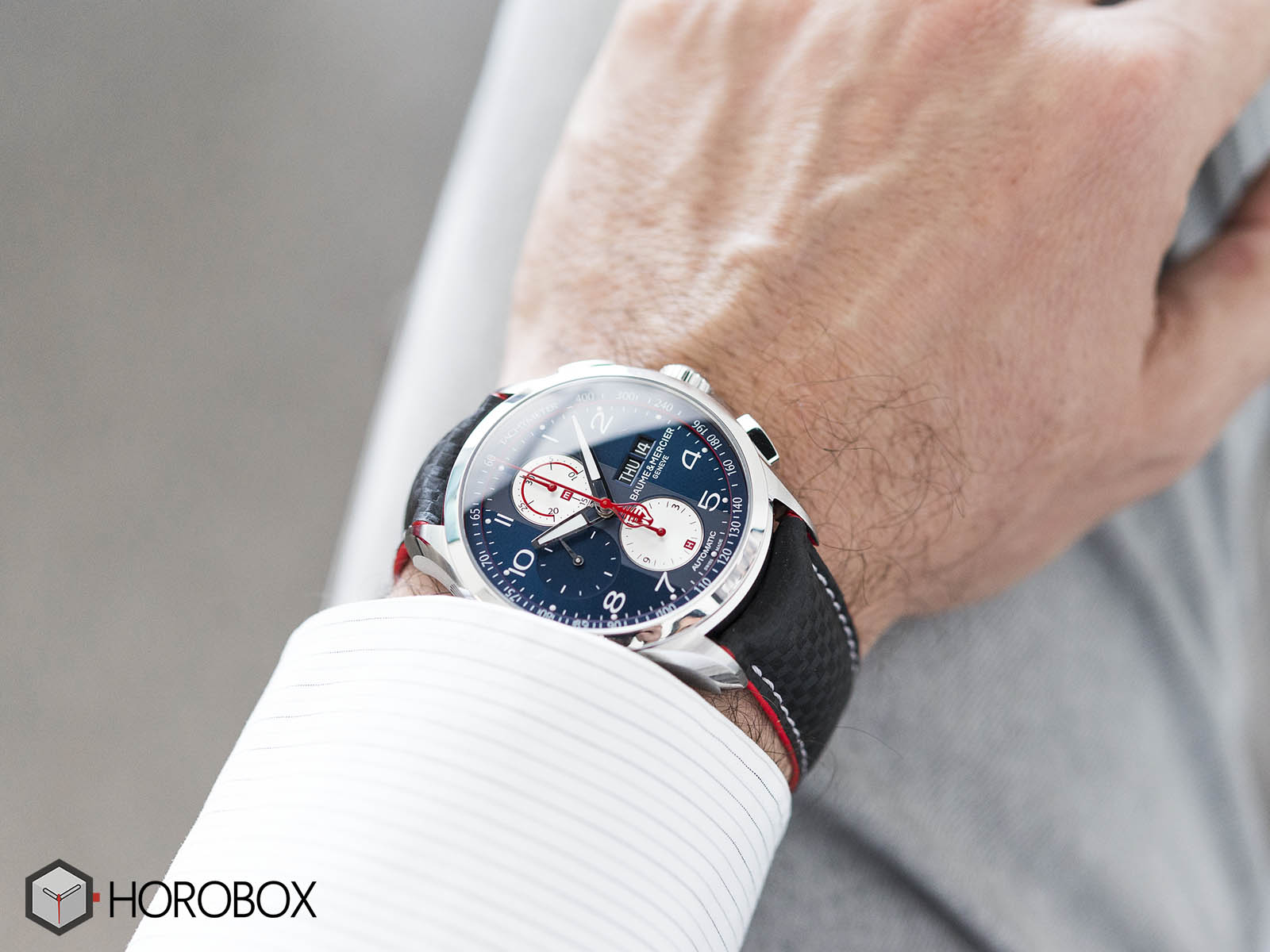 The model is offered in stainless steel case measuring 44mm in diameter and 15mm thick. The case, which employs mostly satin brushed surface form, features several details that evoke the Shelby Cobra like the grill motif on the left side and a pair of chronograph pushers shaped like pedals in a race car. 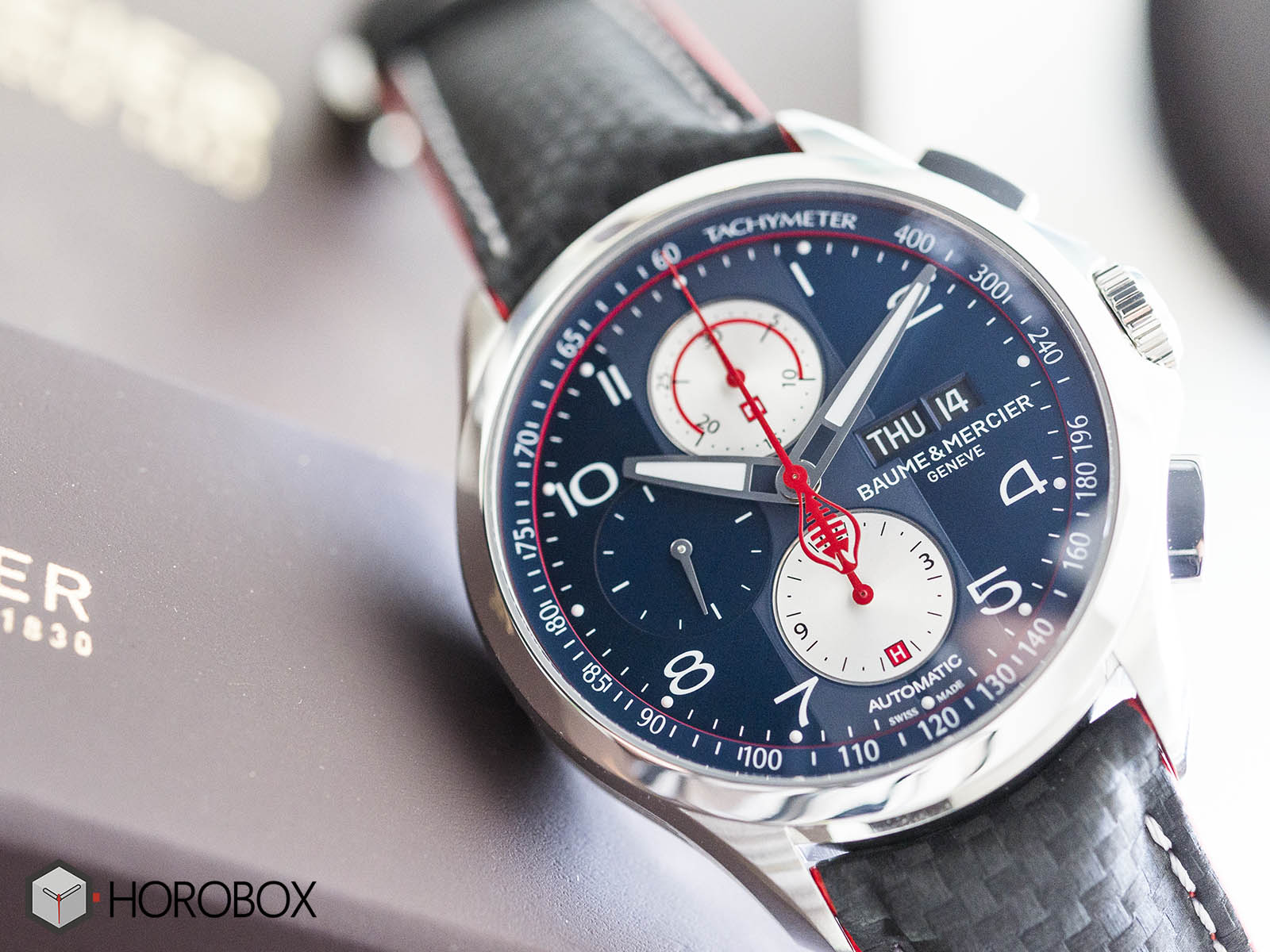 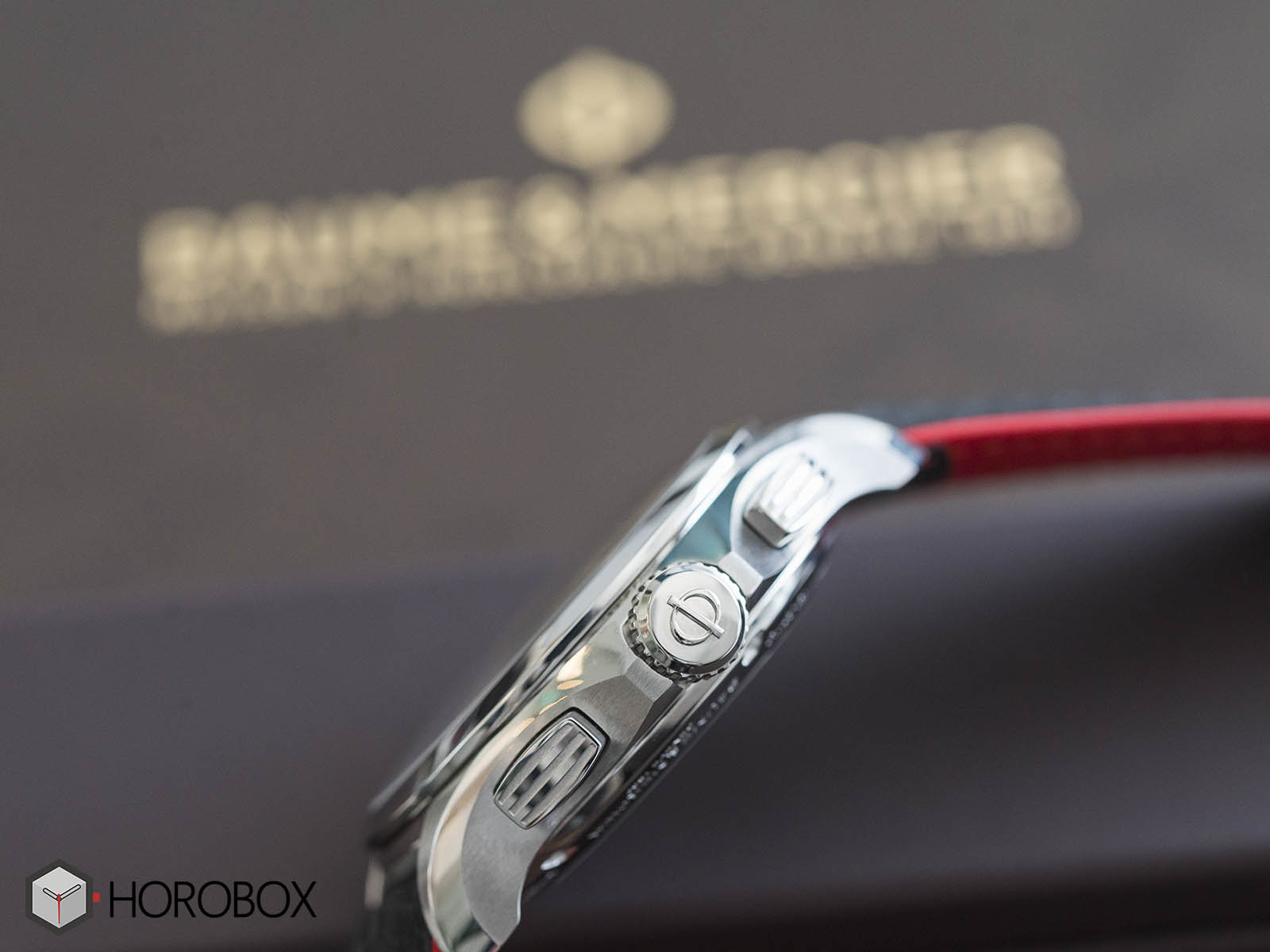 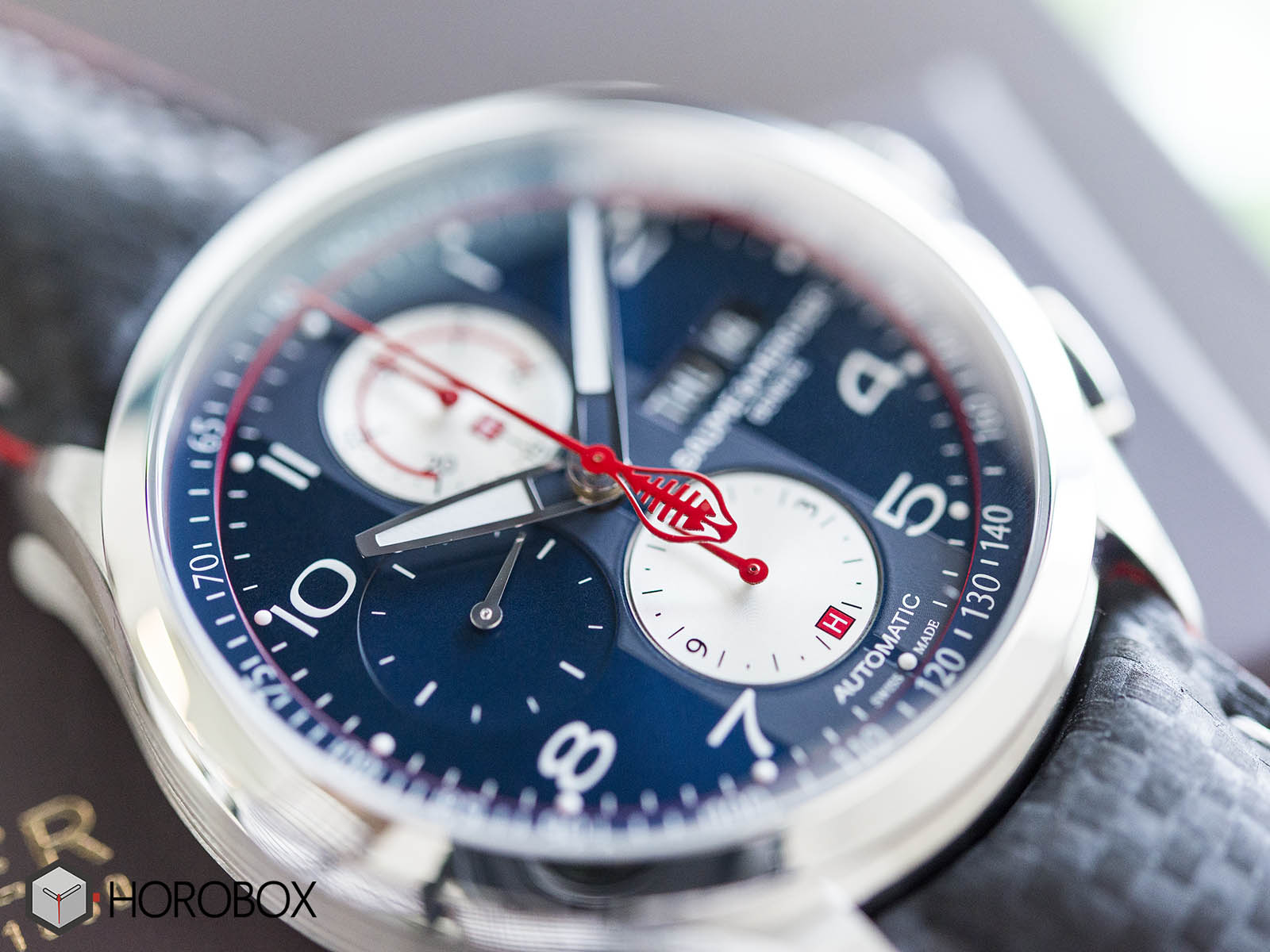 The details about the Shelby Cobra connection can easily be seen in the dial as well. The dial is finished in two different blue colors featuring a lighter blue line which reminds the hood stripe of the famous race car. Laid-out in Tri-Compax chronograph form, the dial is accompanied with white and red accents that help the legibility positively while boosting the sporty look. The chronograph second hand at the center features the symbolic Carol Shelby logo. The Day & Date windows are located at 3 o’clock side. Baume & Mercier, who has managed to include the finest details about the legendary automobile in the model, added 196kms speed to the tachometric scale located on the outer side of the dial. This represents the record speed that the famous racing car got during the Le Mans race in 1964 at the Mulsanne Straight. 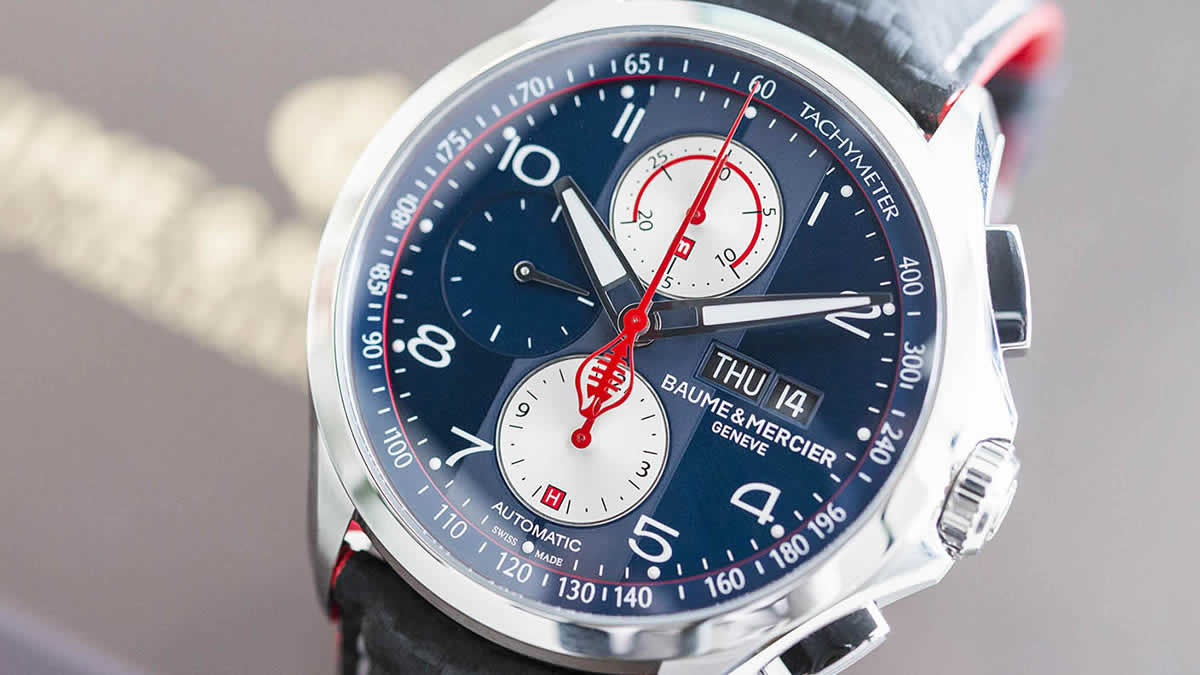 Baume & Mercier Clifton Shelby Cobra Daytona Coupé is powered with the one of the most reliable and robust chronograph movements ever made Valjoux 7750. 25 jewels movement beats at 4Hz and offers 48 hours of power reserve when fully wound. Exclusively designed for this specific model, the movement features an oscillating rotor inspired by the Shelby Cobra’s alloys that is enjoyable through the sapphire crystal caseback. 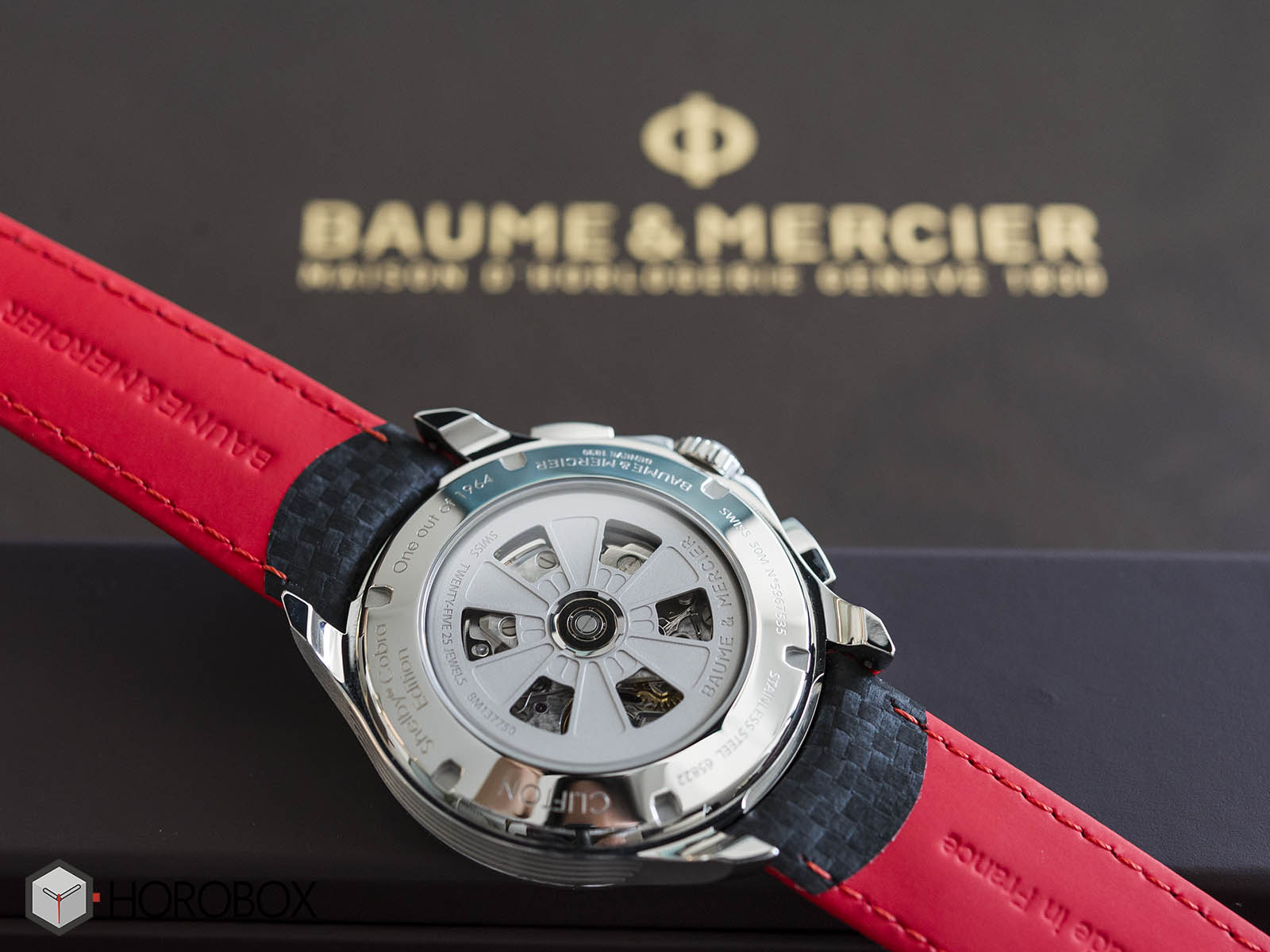 There is another version (Ref.10342) with a silver colored dial which is also limited to 1964 pieces only. 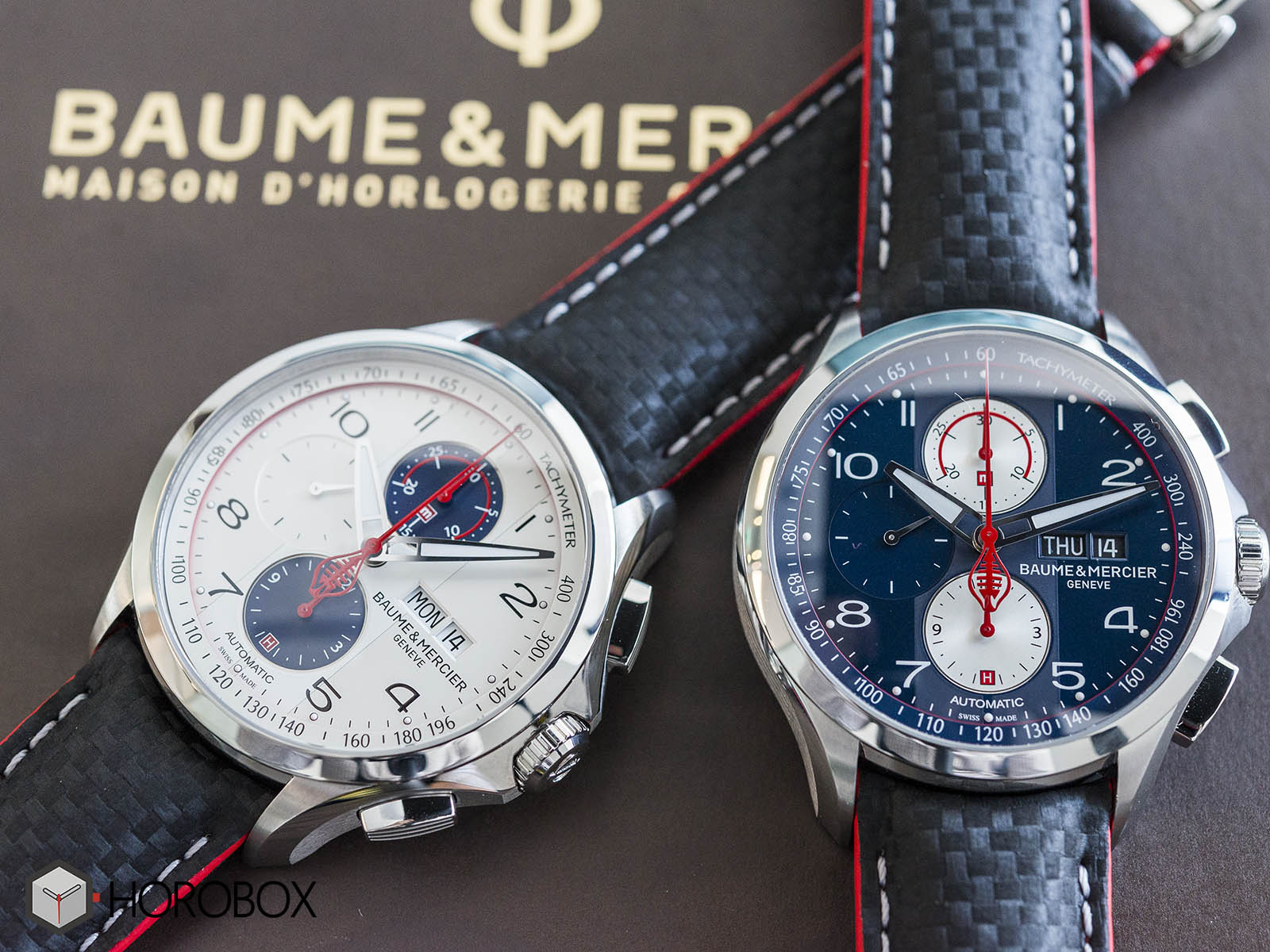 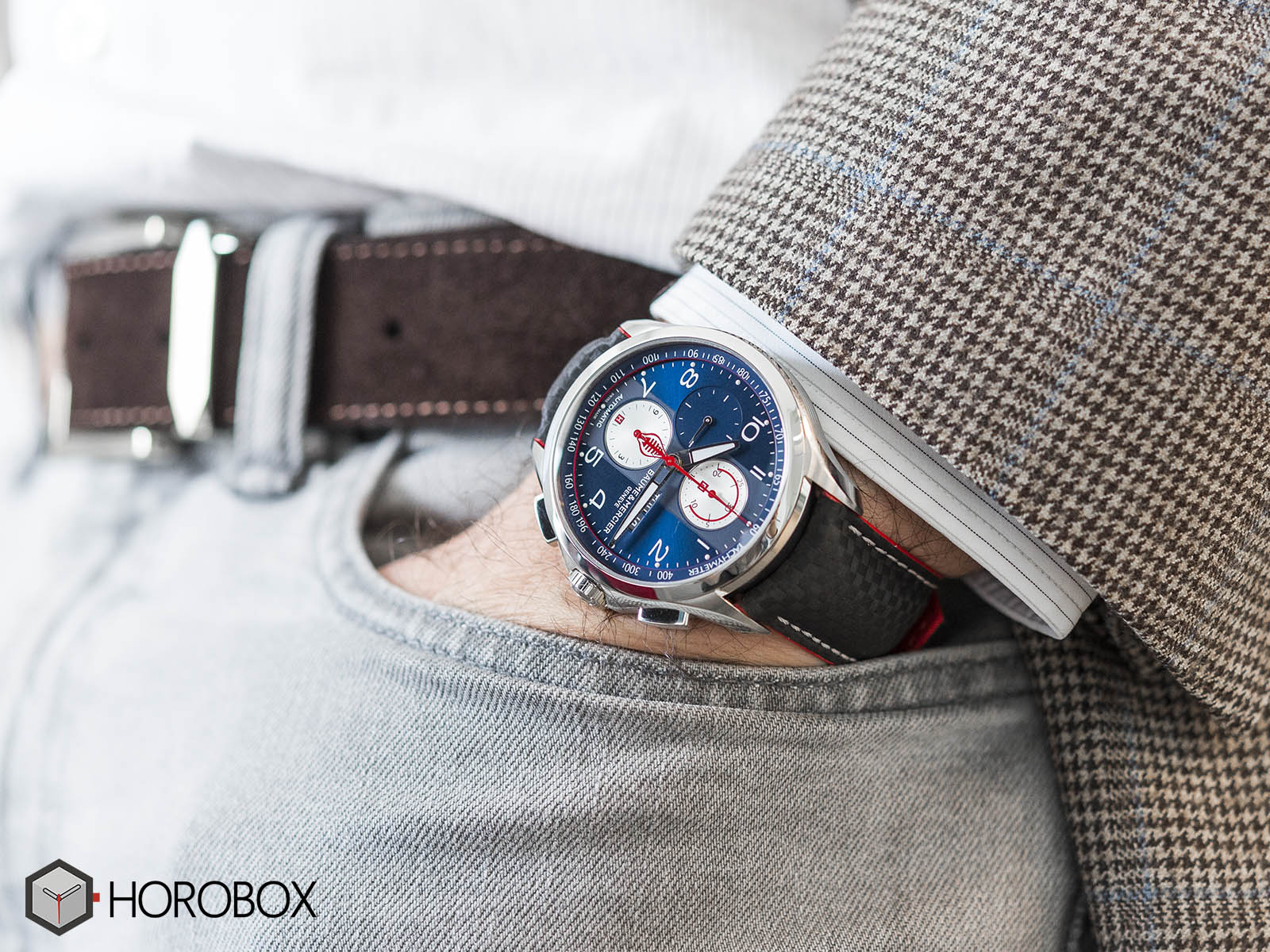