The G-Shock Collection, which is the first model family that comes to mind when it’s all about shock protection, has a new model added to its sub-product group Hammer Tone series which includes limited edition models decorated by using traditional Japanese rough surface hammering technique. The new model, G-Shock MR-G “Hammer Tone” MRG-G2000HA, which manages to bring past and future concepts under the same roof, also attracts attention with its price tag which we are not used to seeing in the G-Shock Collection. 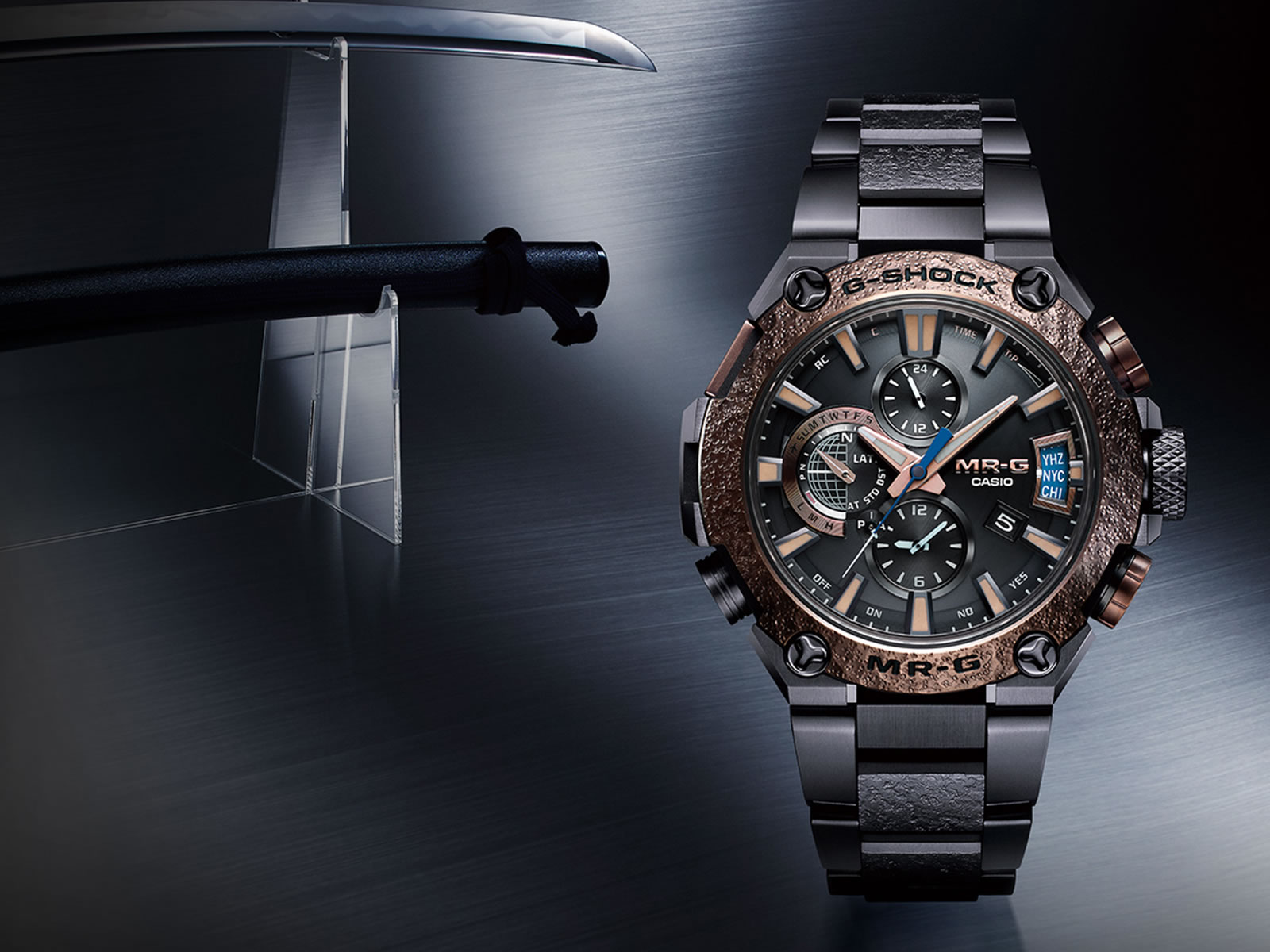 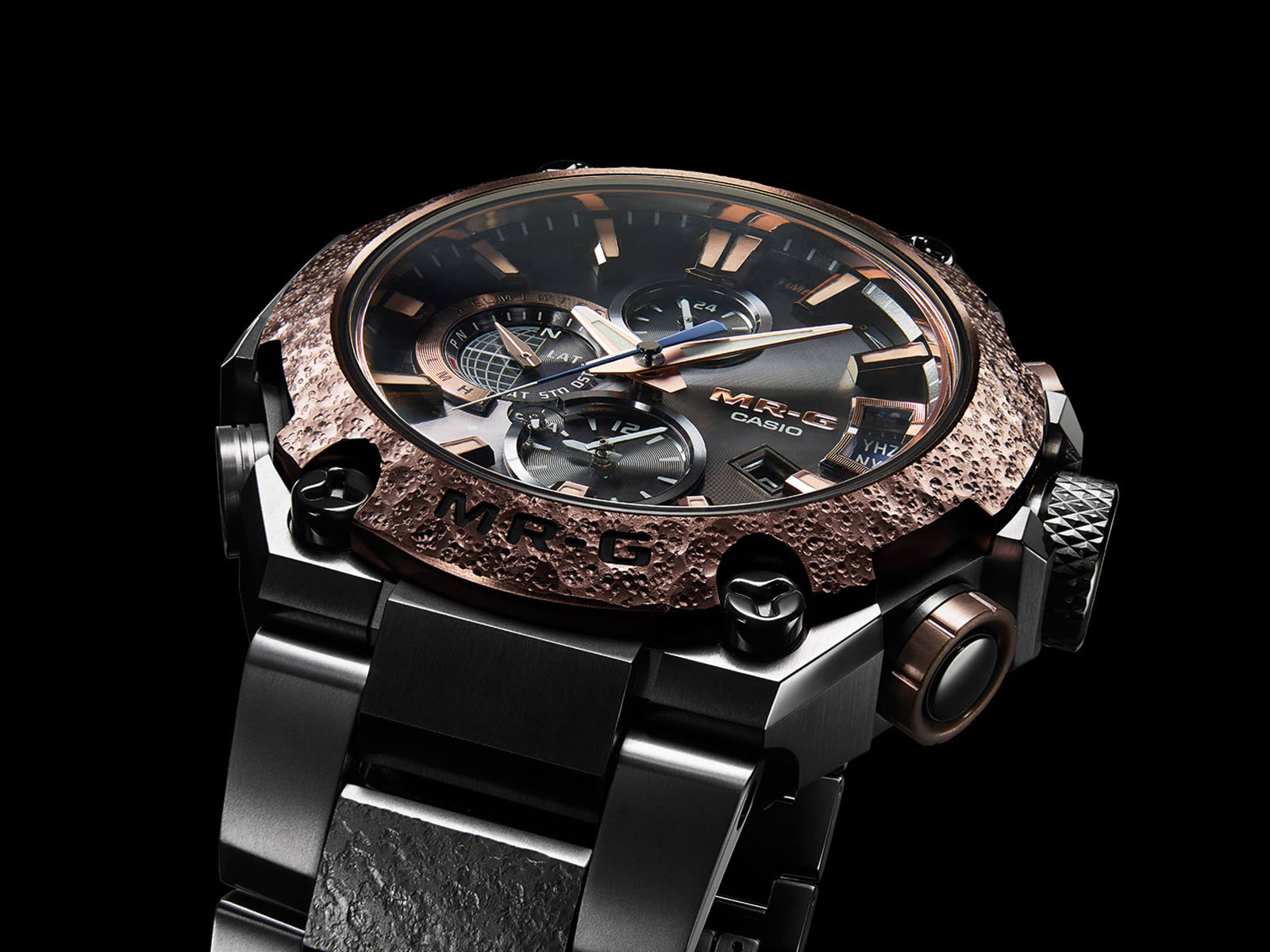 The G-Shock Collection, one of CASIO’s most important product groups, is home to the Hammer Tone Series, which is made up of models decorated with Japanese rough surface hammering technique, for about three years. This traditional technique, arashi-tsuchime, is well-known for its use on the hilt guard of Japanese swords, tetsu tsuba, which means “iron sword guard”. 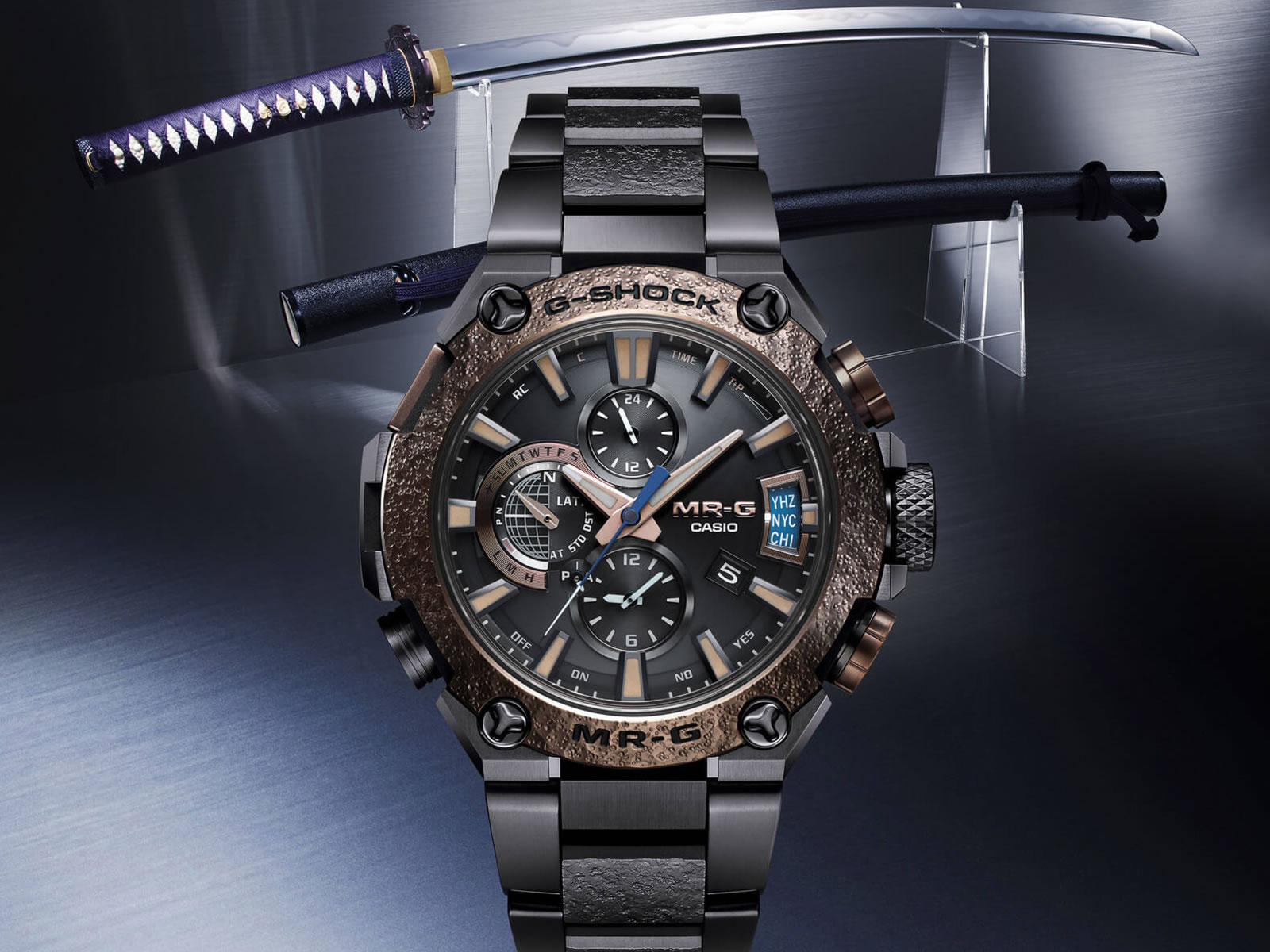 For the decoration of the new model added to the family, the talented hands of the third generation iron artisan Asano Biho were utilized once again. Biho, one of the last remaining representatives of the art of producing home-ware, known as "Tsuiki", an ancient Japanese art of producing hammered copper ware, making him one of the few craftsmen allowed to restore objects classified as Important Cultural Properties by the Japanese government. 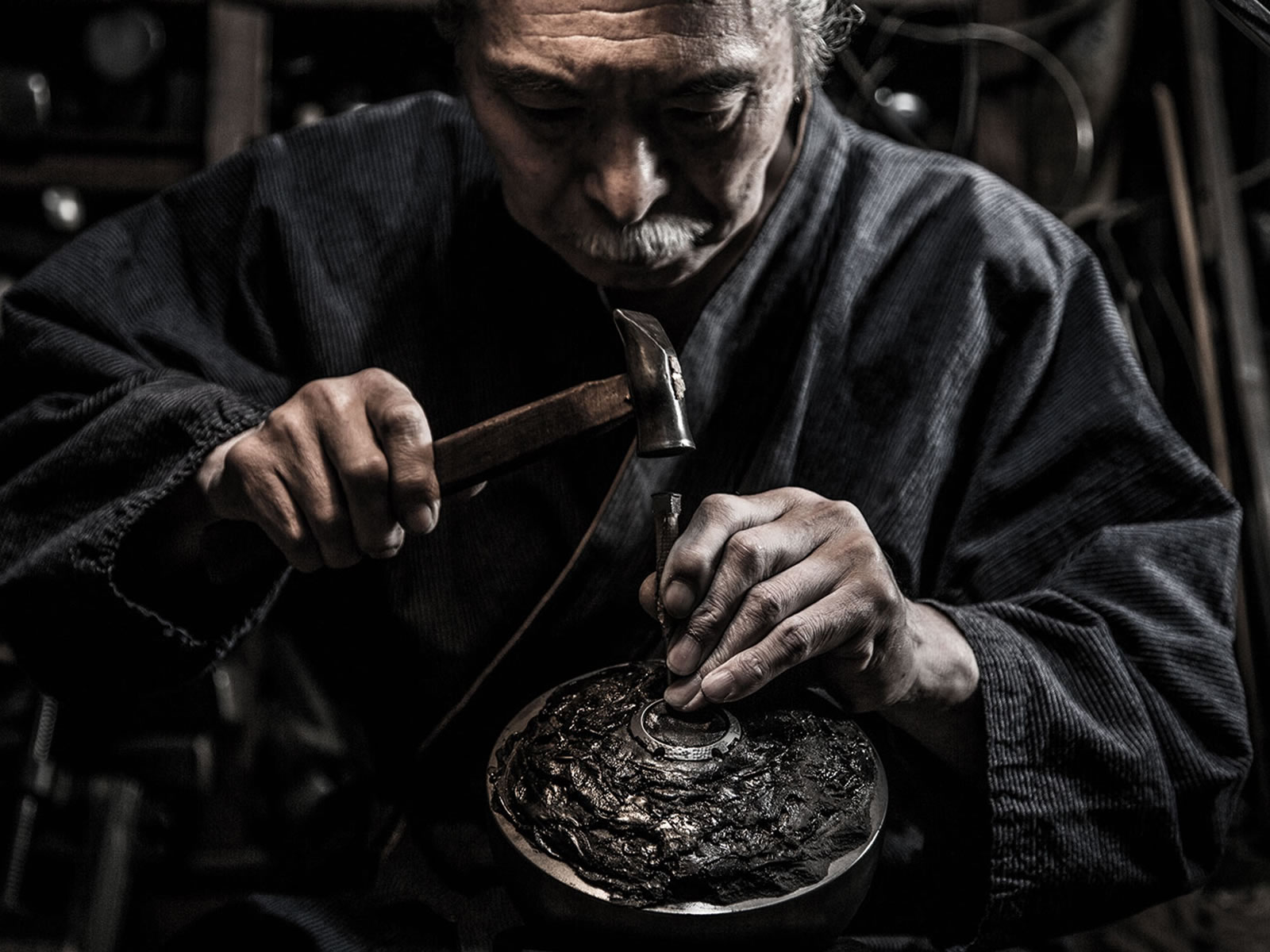 For the new model, Biho was commissioned to apply arashi-tsuchime technique to the bezel and center links of the metal bracelet, a finish that looks similar with the previous model at the first glance but distinct when carefully examined in detail. 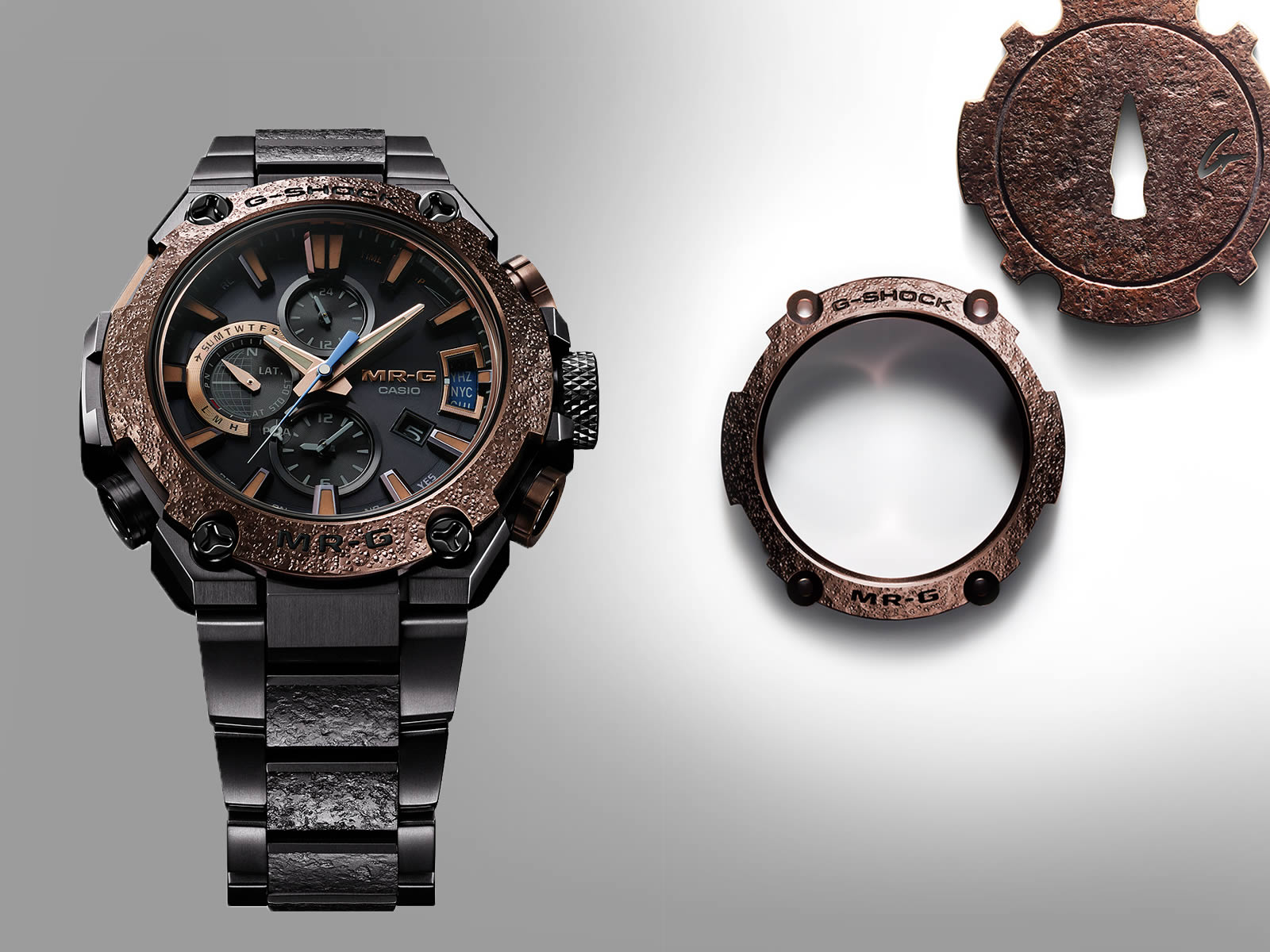 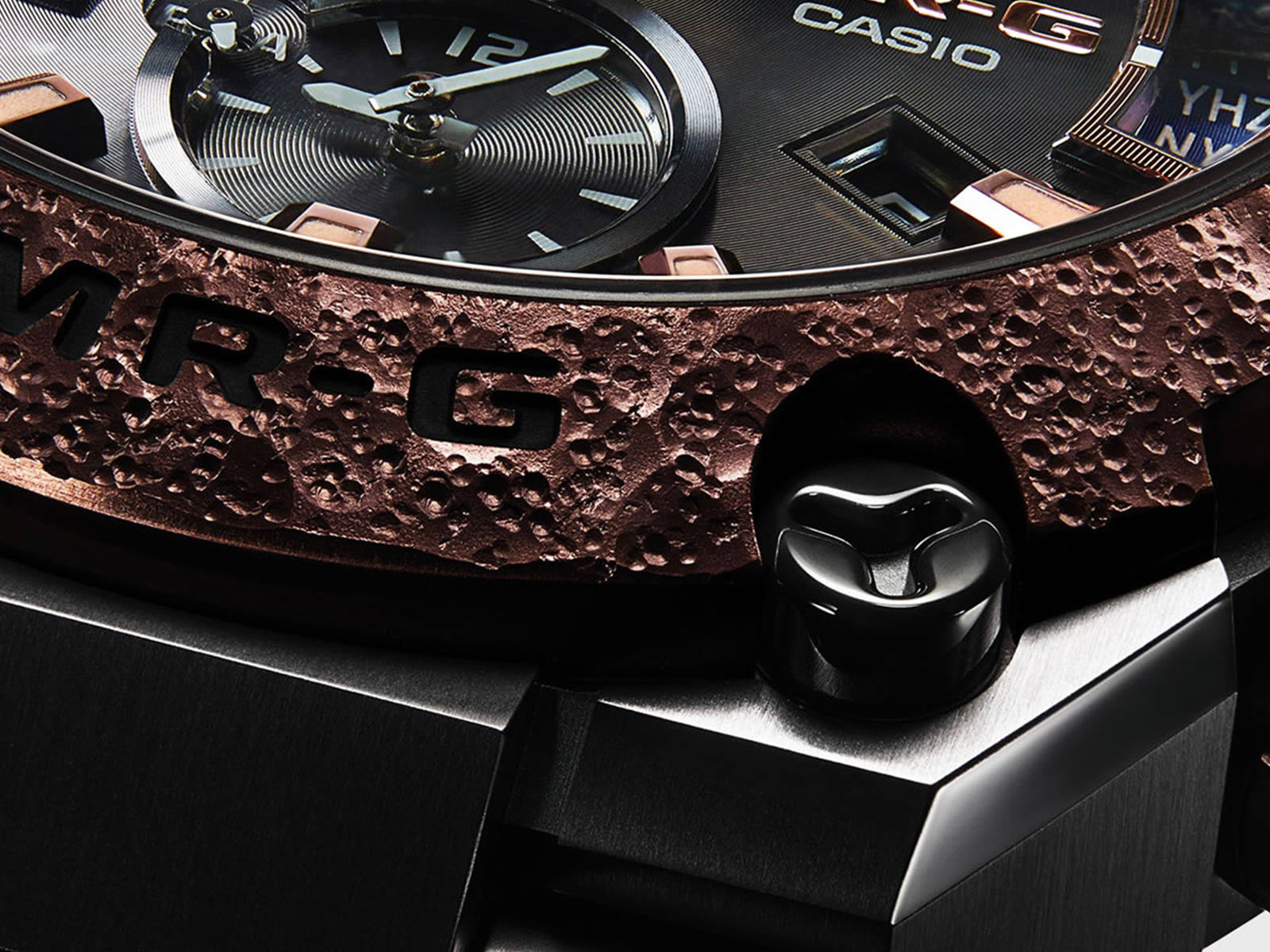 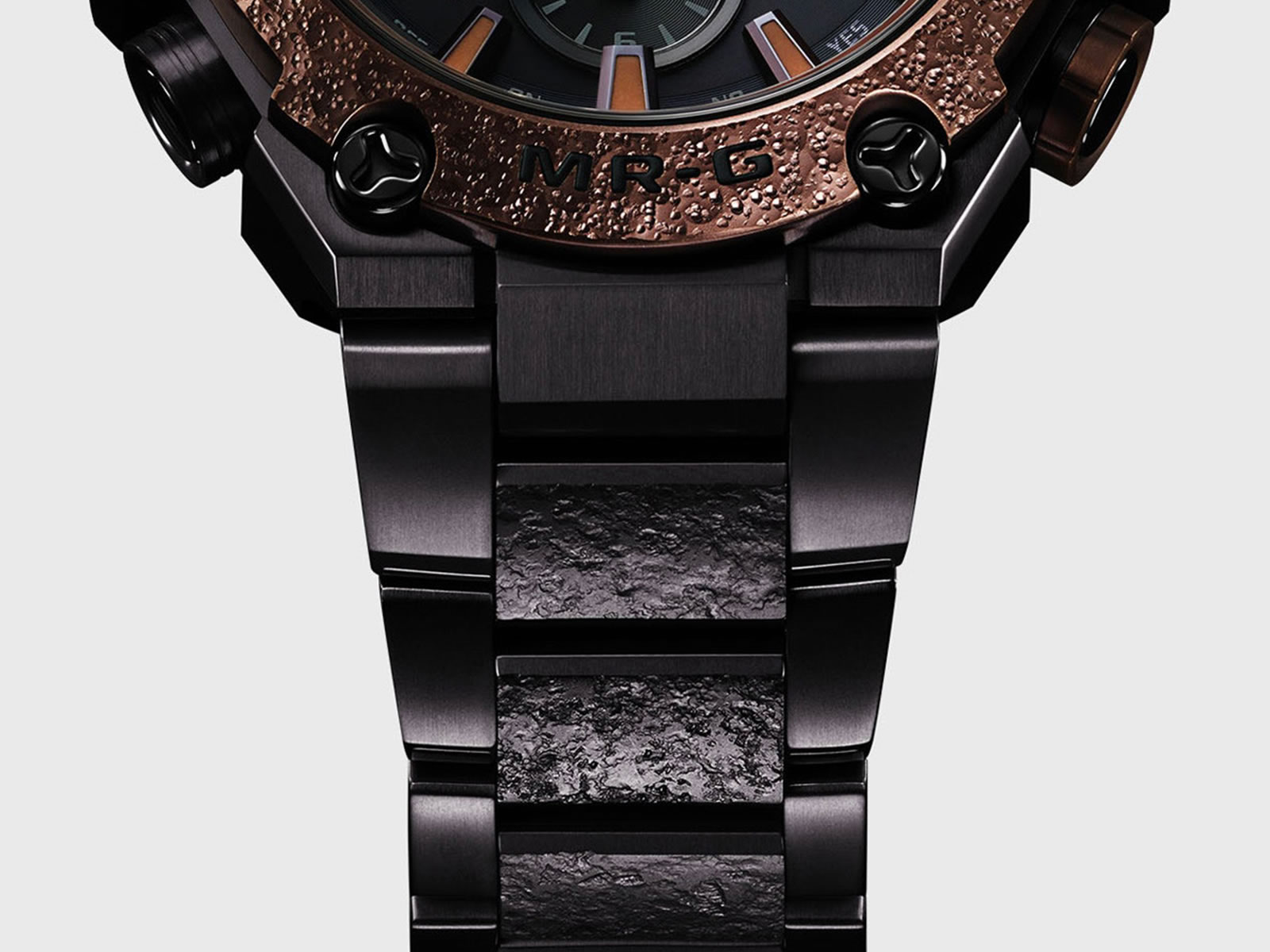 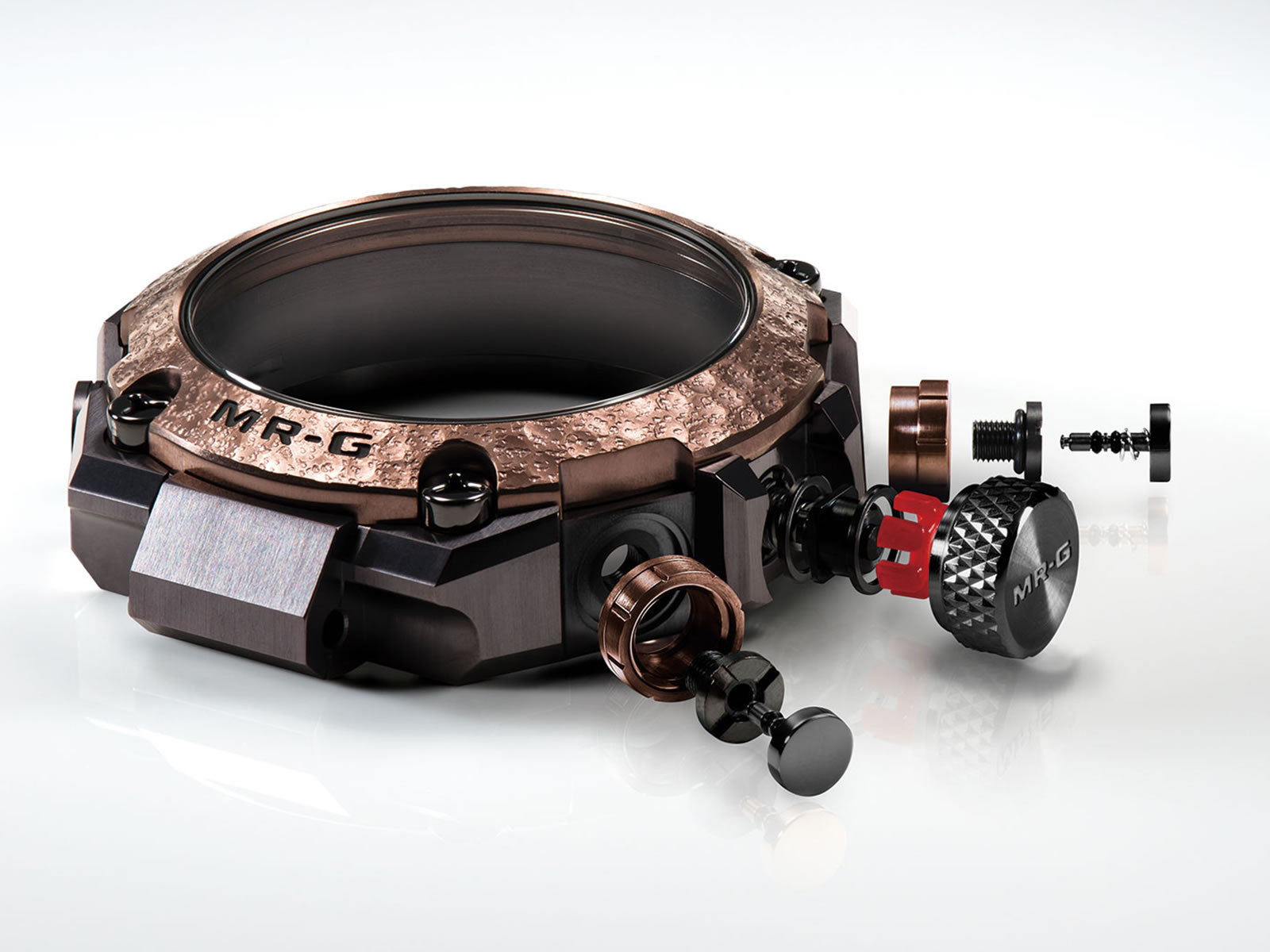 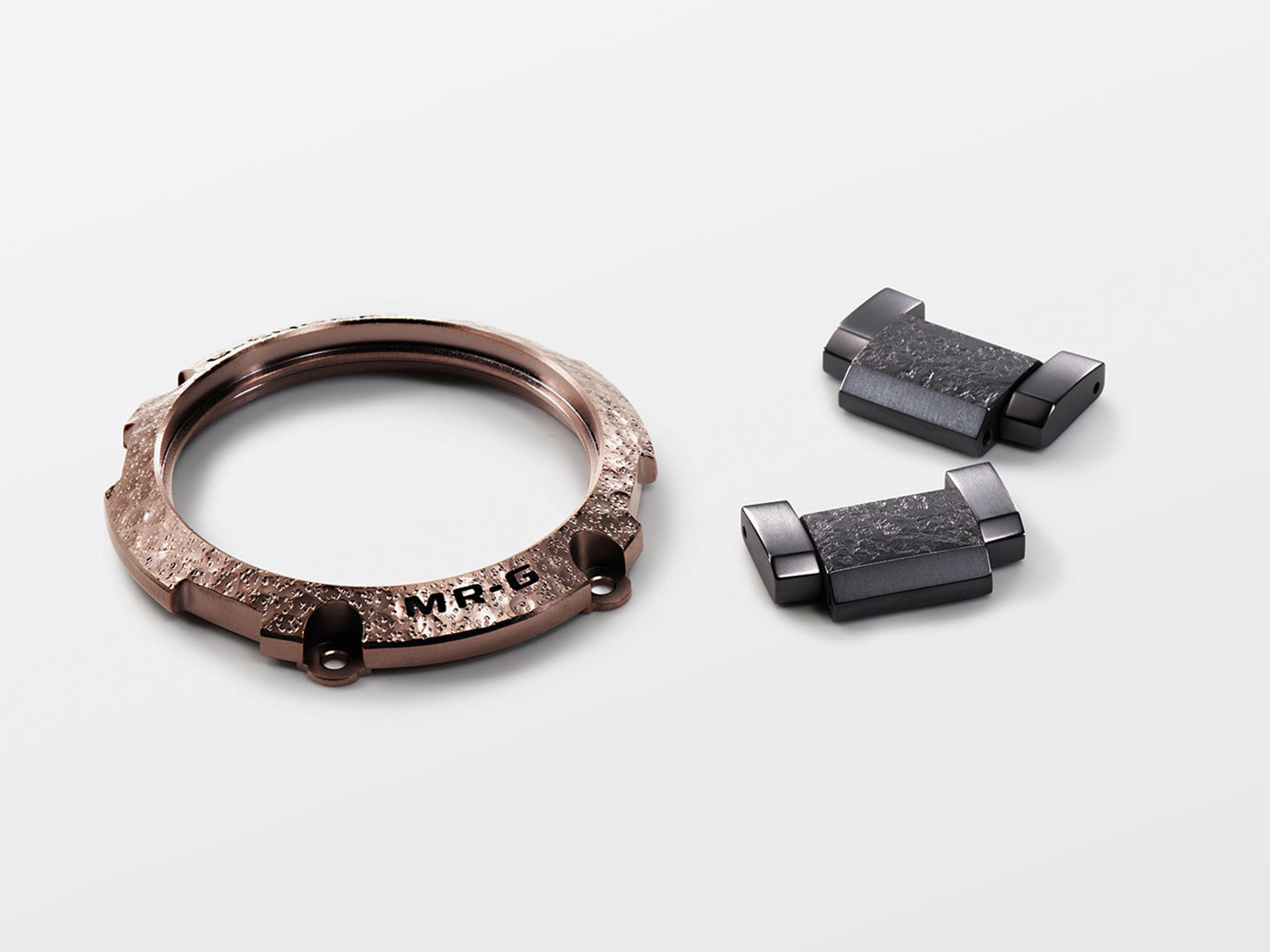 The new model refers to the traditional Japanese metalworking art with the preferred color tone as well as the unique surface forms applied to these parts. The titanium case and bracelet is arc ion-plated in dark gray, inspired by murasaki-gane, an alloy with gold content that acquires a violet patina over time. That process is applied after the initial treatment of the raw metal with Casio’s own “Deep Hardening” treatment that renders the surface five times harder than ordinary titanium. The result is not only a deep Gunmetal color, but also stronger abrasion resistance surfaces. The rich copper tone of the bezel was inspired by suaka, or refined, copper and was also achieved through arc ion plating, offering a deep contrast to the case and bracelet. 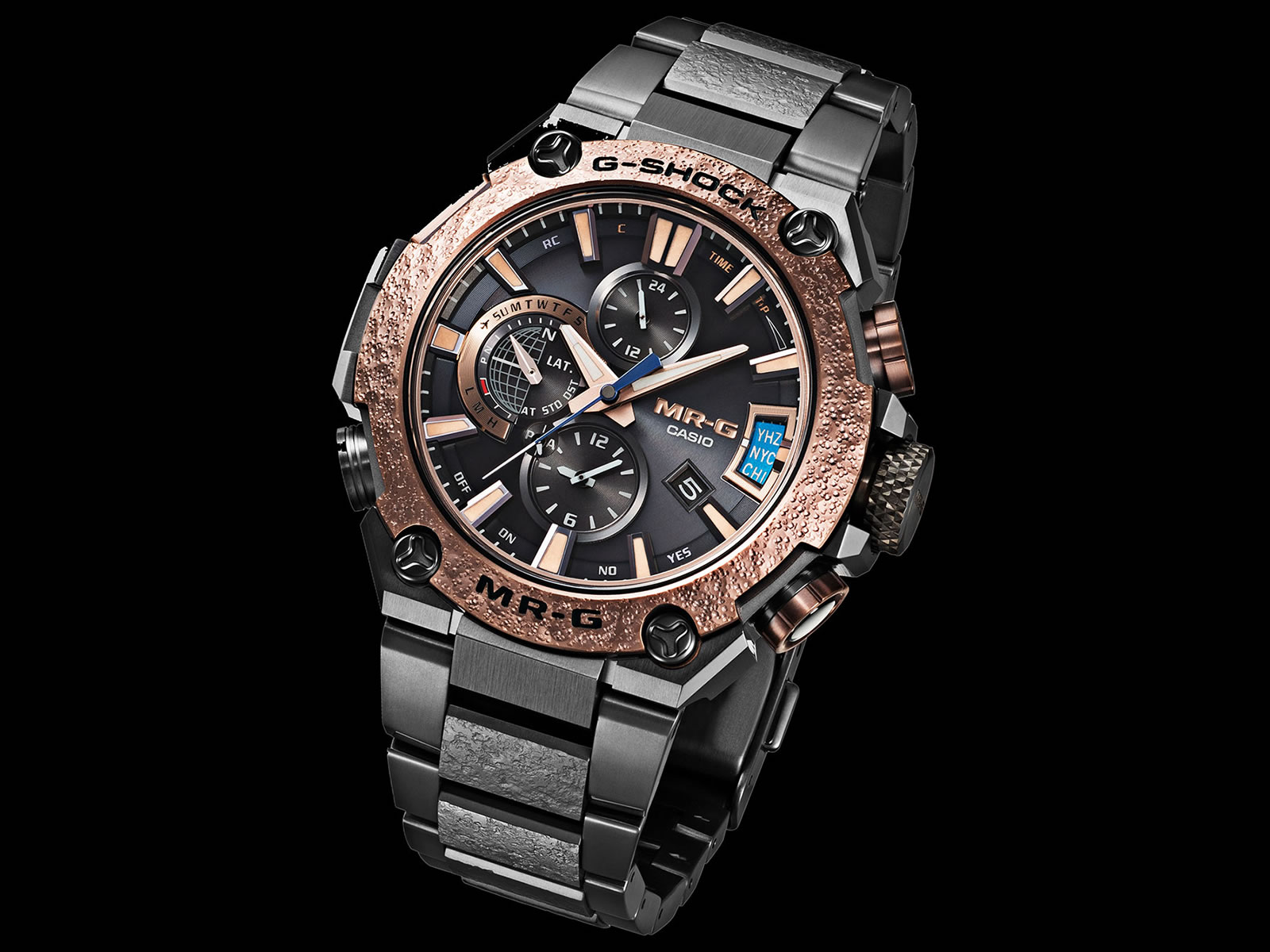 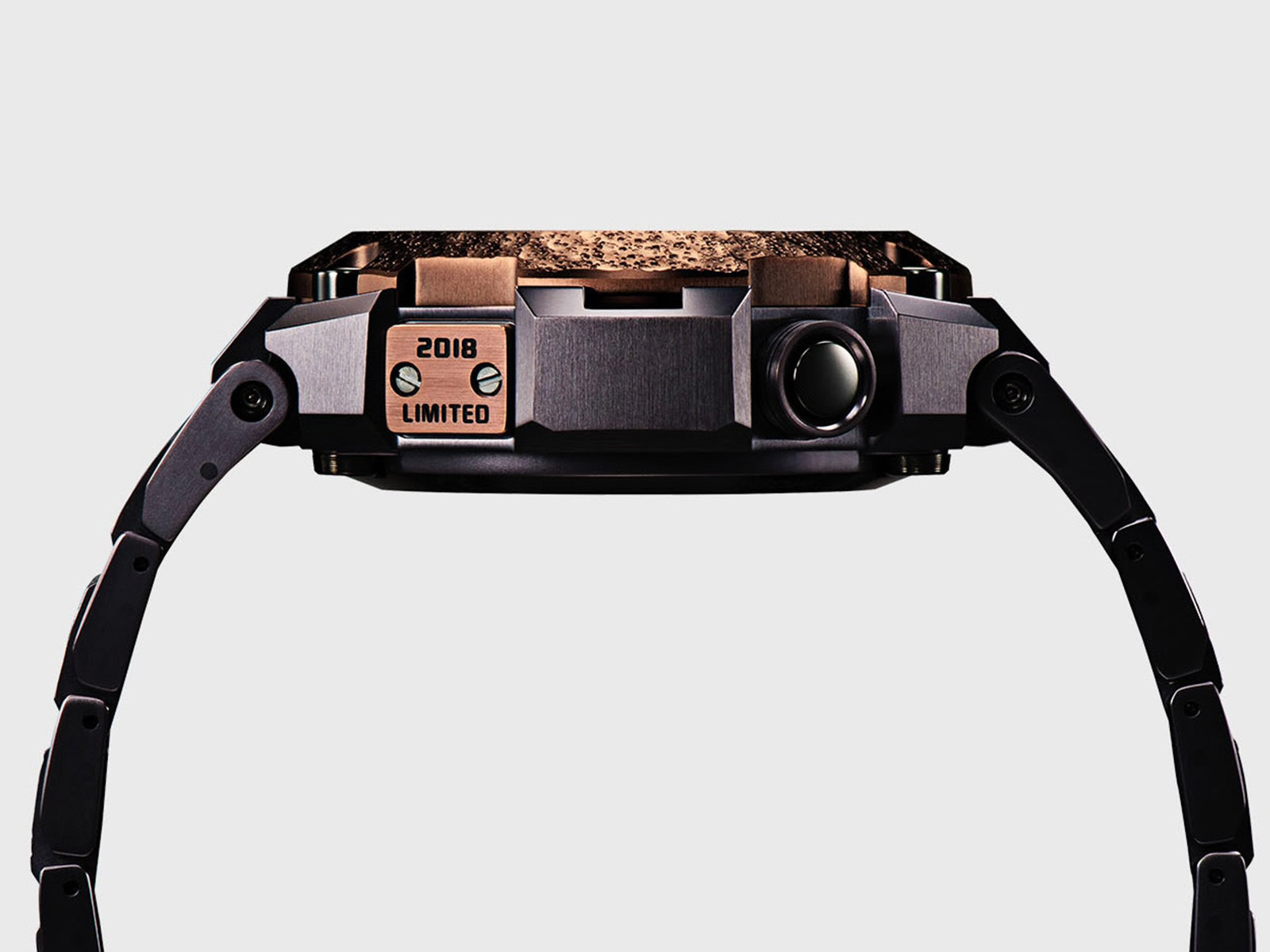 “G-Shock MR-G "Hammer Tone" The MRG-G2000HA is designed in a very assertive size, as it is in many different models in the collection. The case measuring 49.8mm in diameter and 16.9mm in height weighs only 152gr thanks to the preference of ultra-light titanium alloy.”

The model is powered by CASIO’s Tough Solar, which means it’s charged via sunlight, Connected Engine 3-Way movement, which keeps accurate time anywhere in the world via GPS, terrestrial radio waves, or a Bluetooth connection to a paired smartphone. 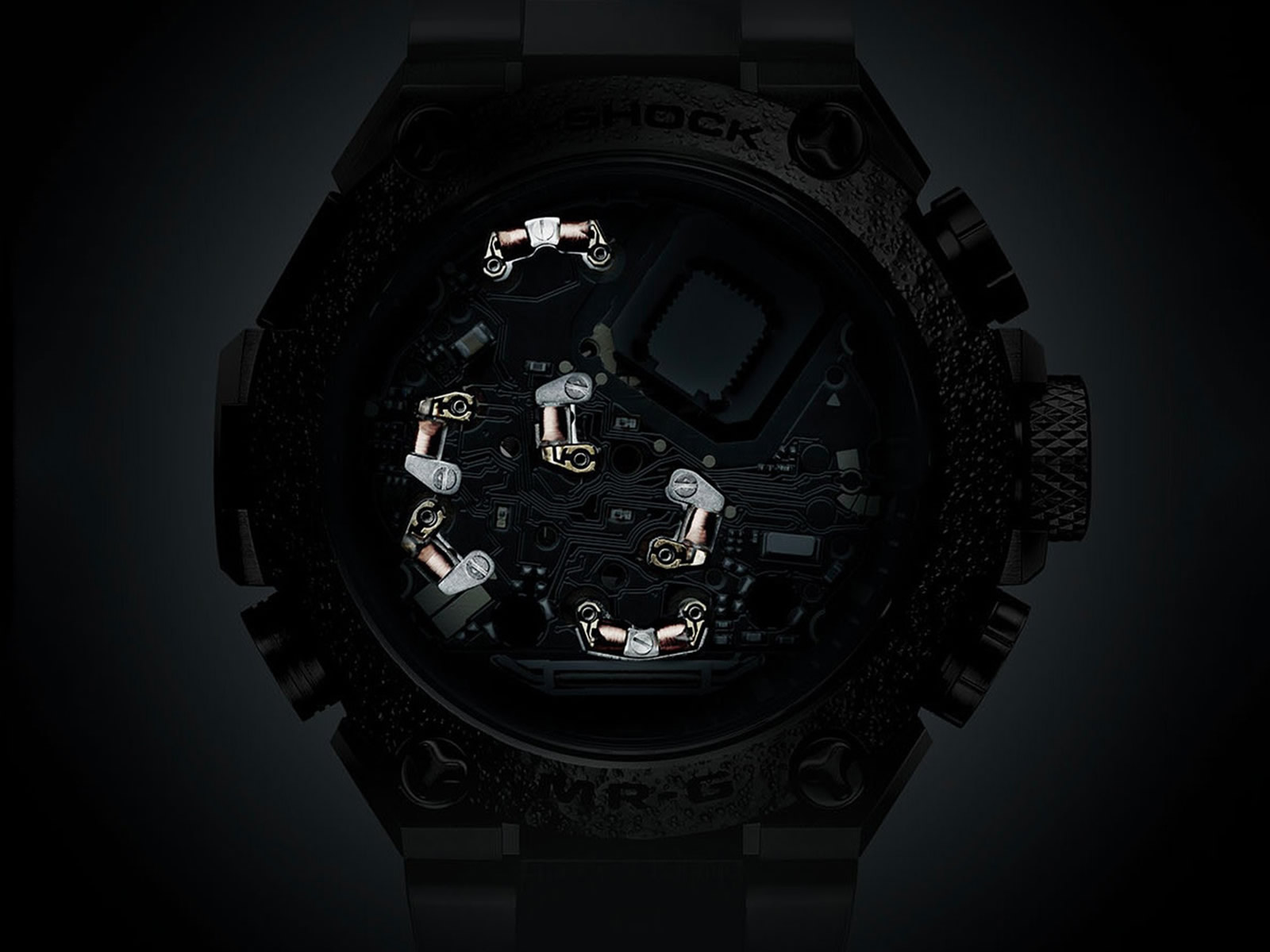 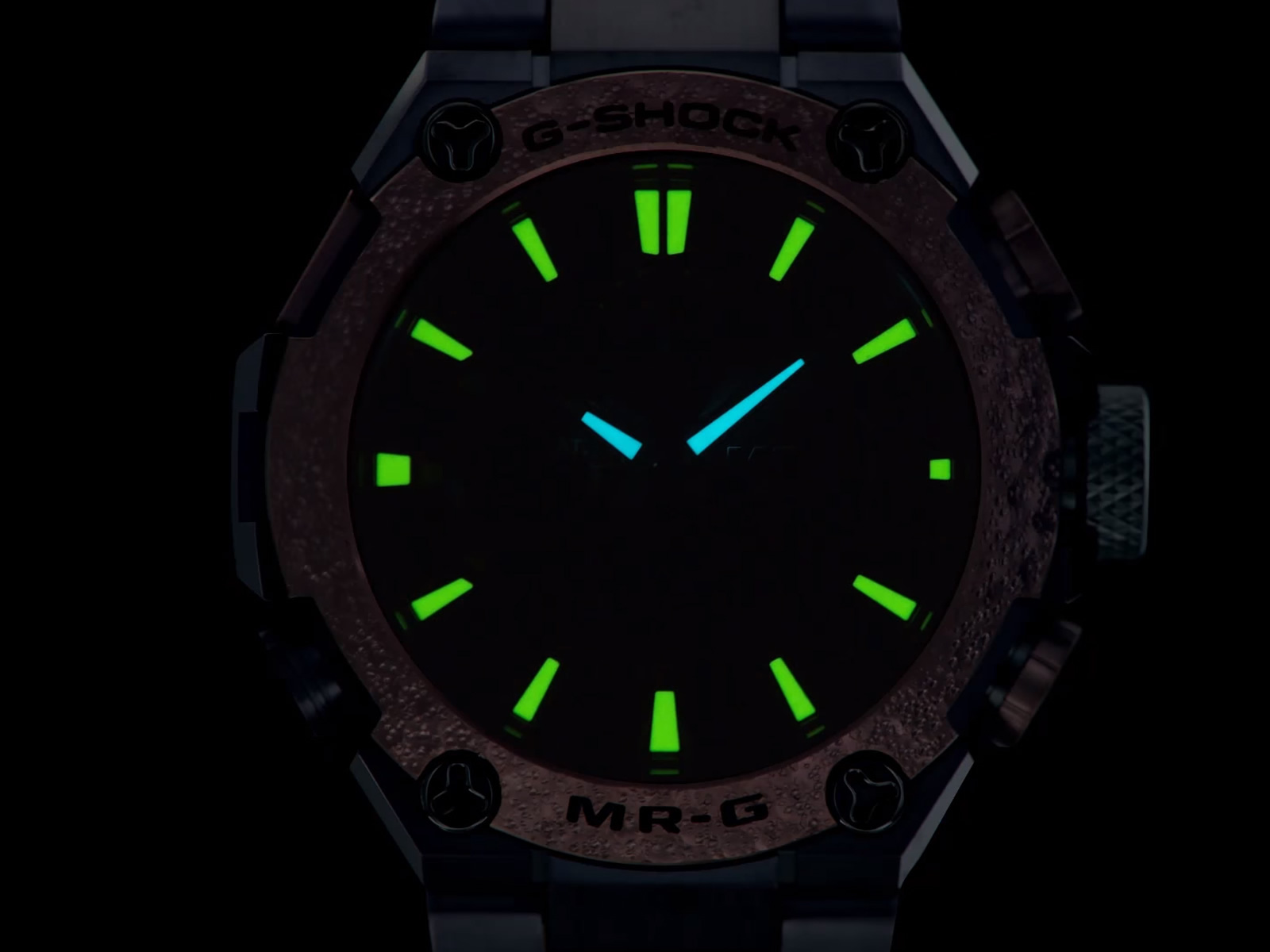 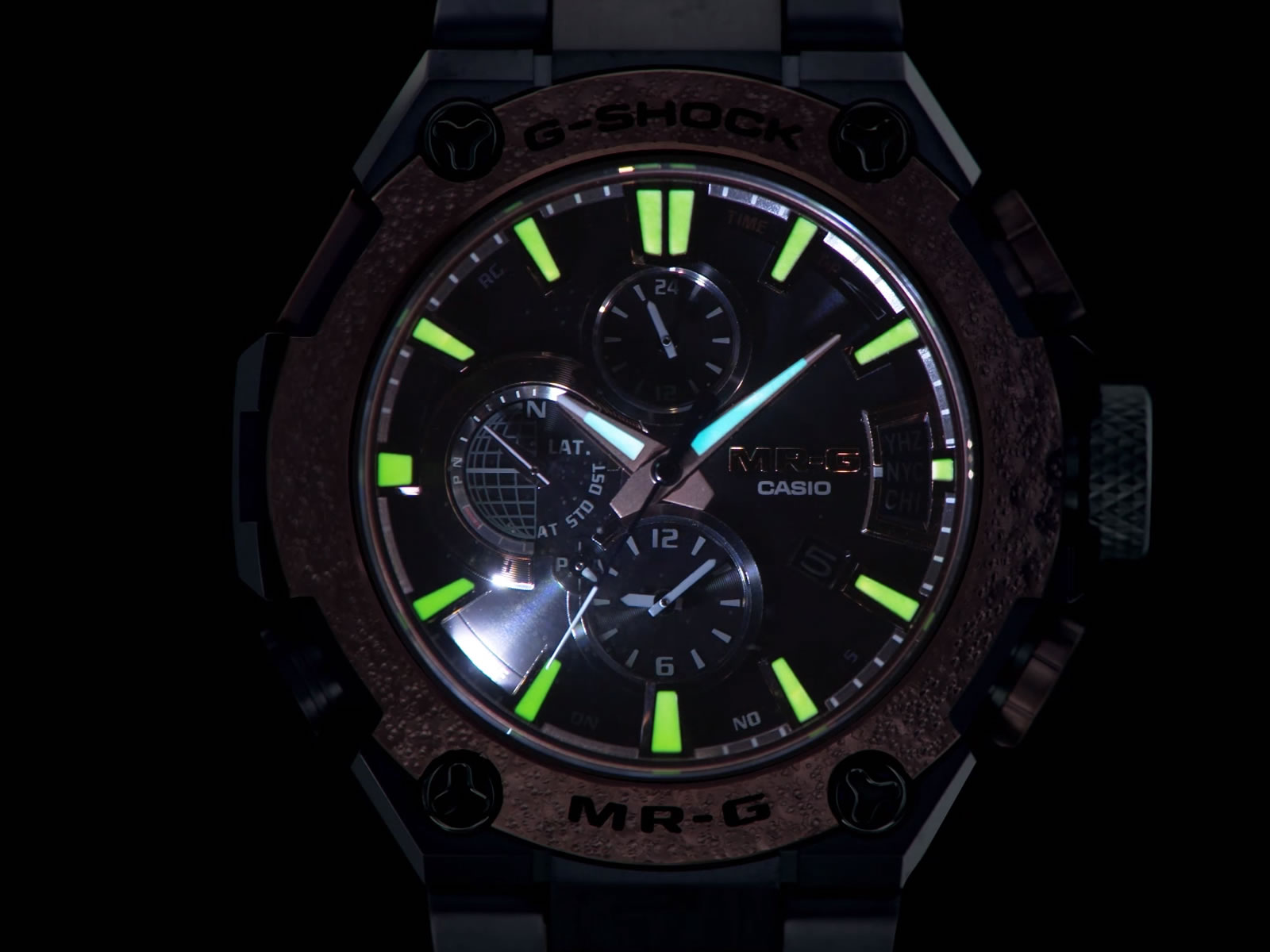 It also bears a variety of other features including automatic correction of the position of the hands, a chronograph and countdown timer, an alarm function, a calendar that requires no adjustments till 2099, day and date displays and time display in 39 time zones. 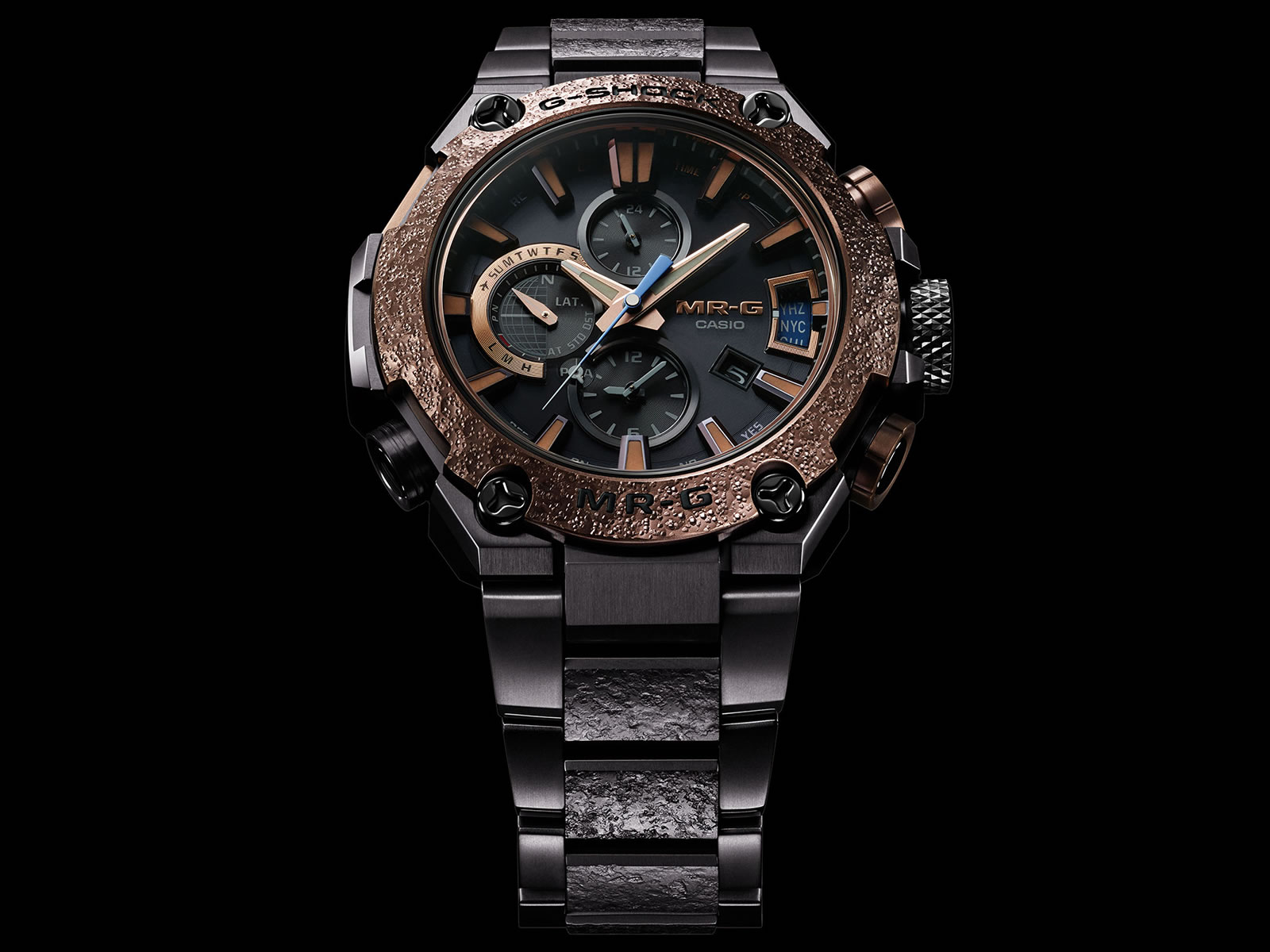 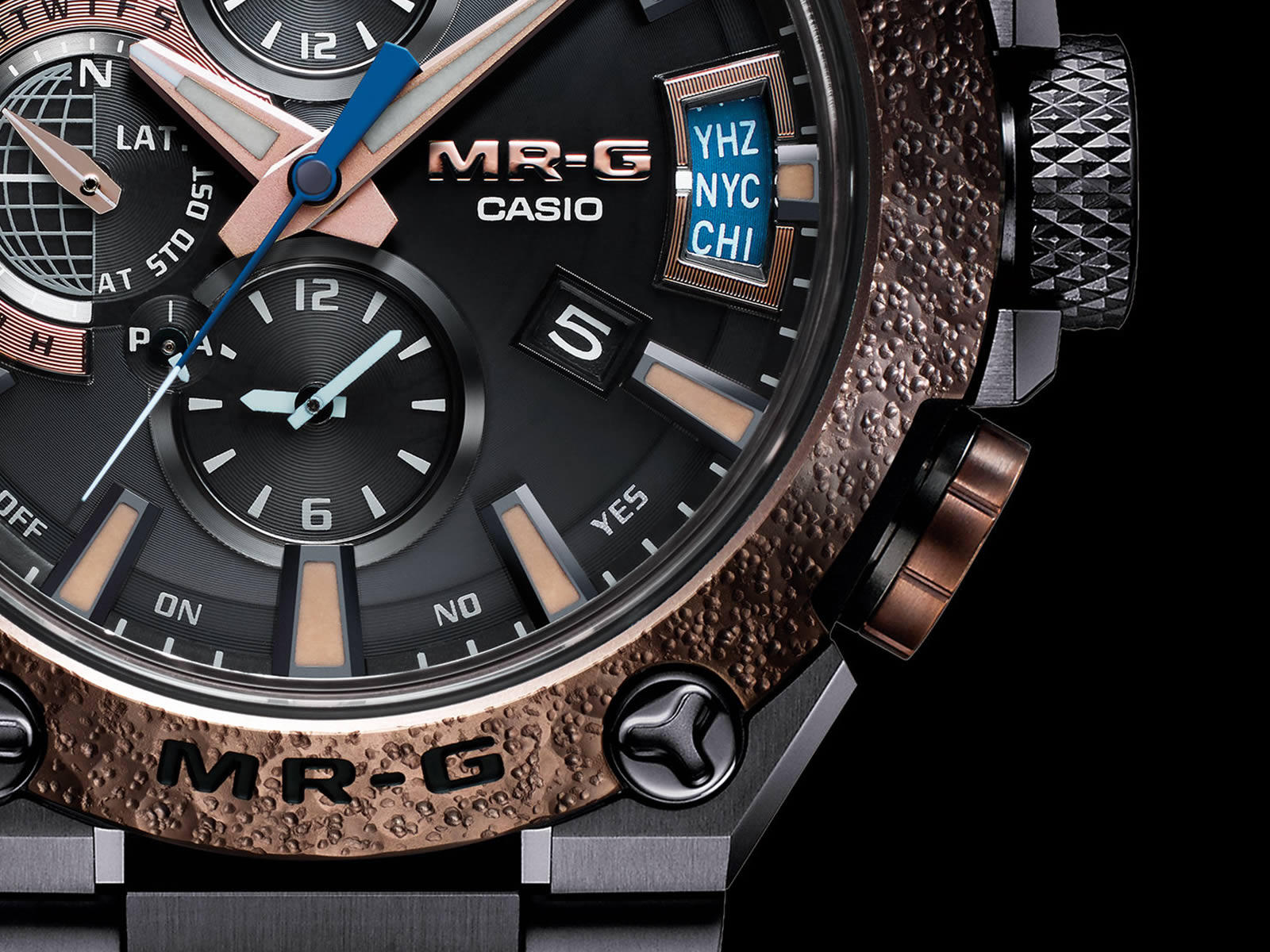 G-Shock MR-G "Hammer Tone" MRG-G2000HA, which is produced in only a limited number of 350 units, is expected to reach CASIO boutiques and authorized sales points this month. The list price for the new model is US $ 7400 (US list).