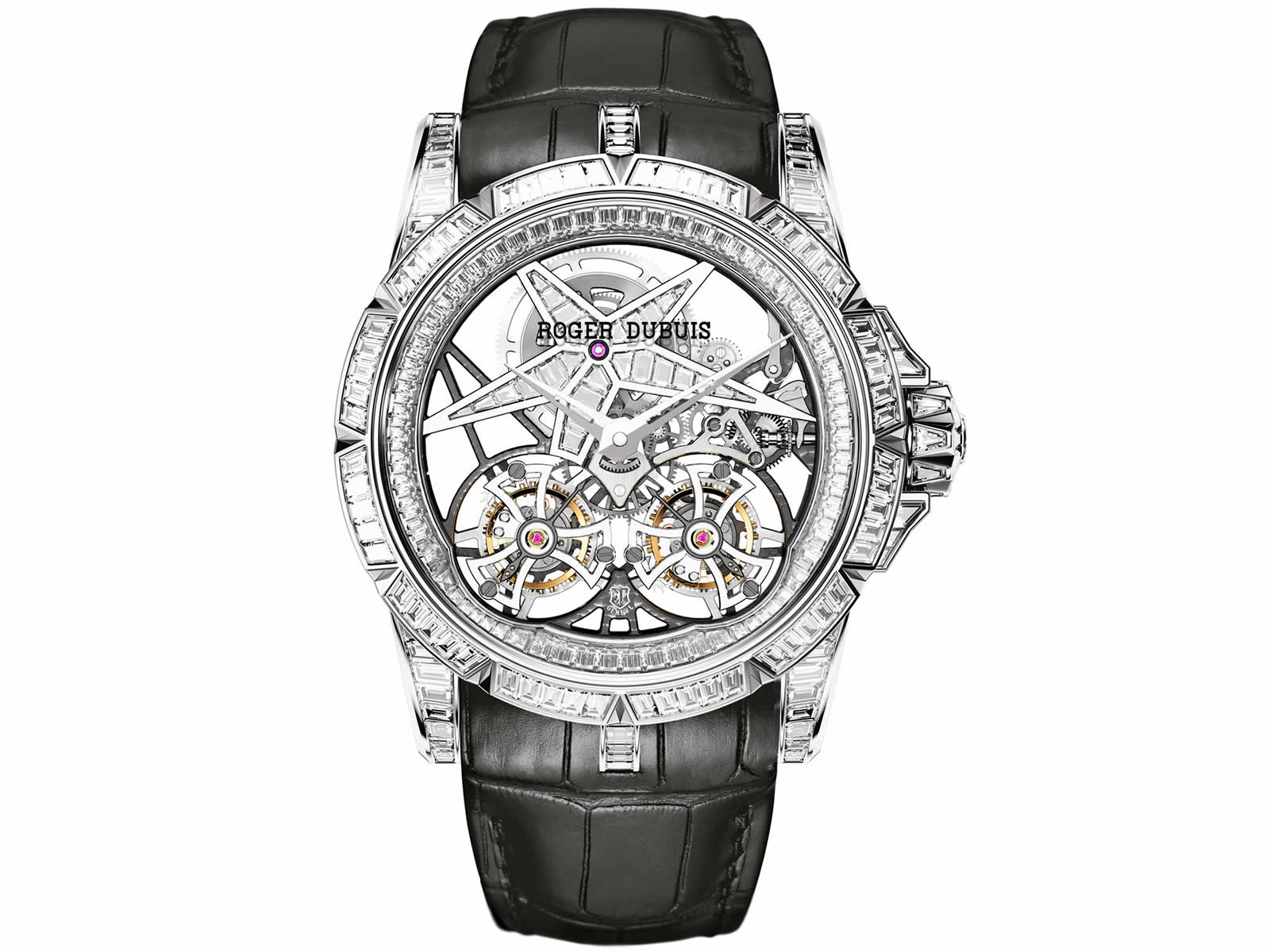 A standard in every Roger Dubuis watch - Geneva Seal effect is instantly felt in every detail. With it’s glamorously designed white gold case which is diamond everywhere looks breathtaking.

Excalibur Star Of Infinity has a skeleton type dial form. Like it’s , it’s double tourbillon caliber is also partly diamond embedded. The star formed bridge surrounding the main barrel is diamond covered as well. The rest of the caliber is plated with dark gray rhodium in order to get the " floating star over a dark night " theme. 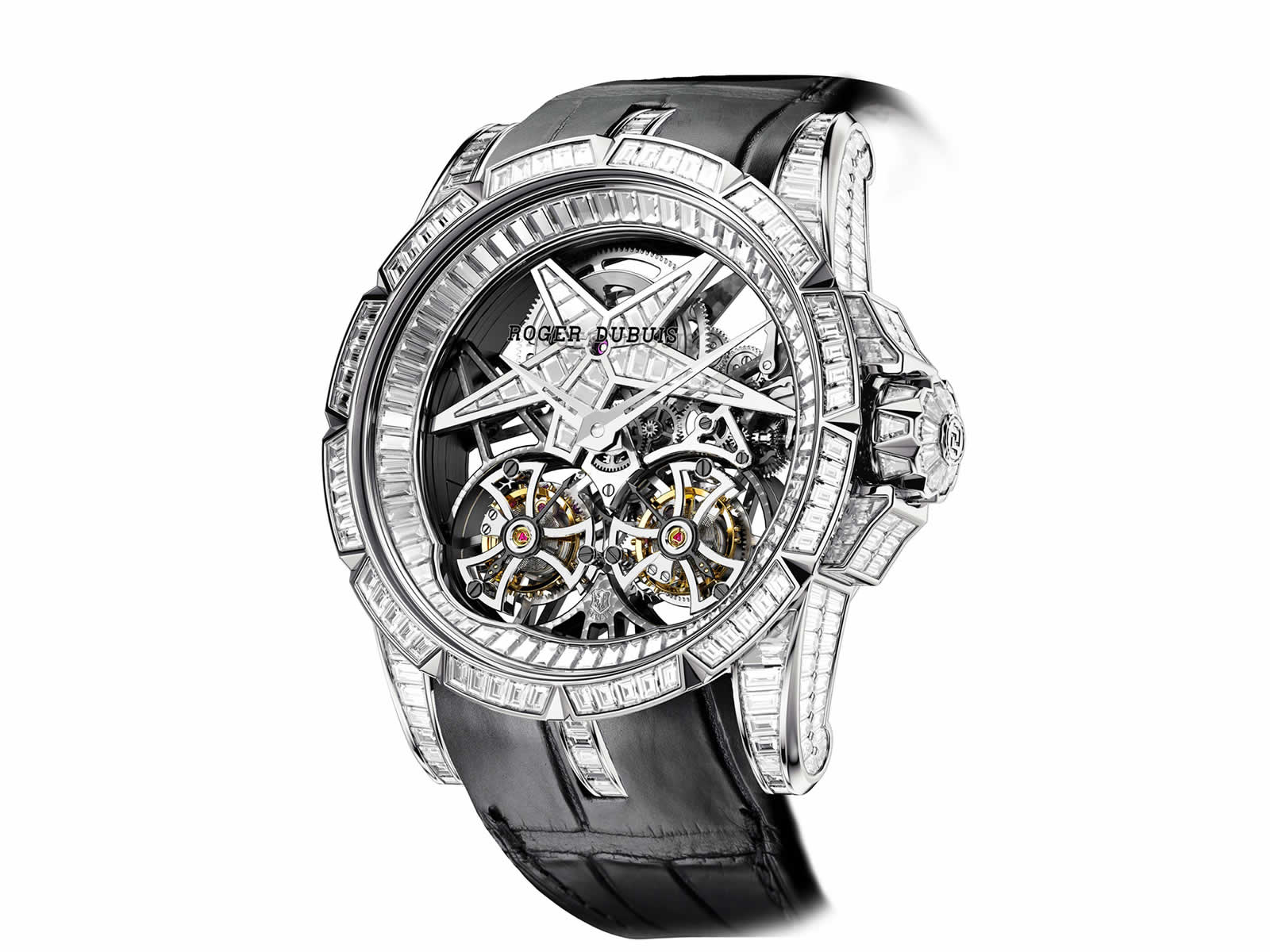 45.50mm diameter case is made of 18K white gold and covered with diamonds. of 14.93 carats diamond is used for the watch.

Roger Dubuis announced that the watch’s production will be limited to 28pcs. only.

MSRP is not announced yet however estimated figure is around 600.000,00 USD.