Frederique Constant, the young brand that hosted the first official meeting of the Swiss Watchmaking Industry with the Smart Watch concept in 2015, introduced its latest model after a three years break. 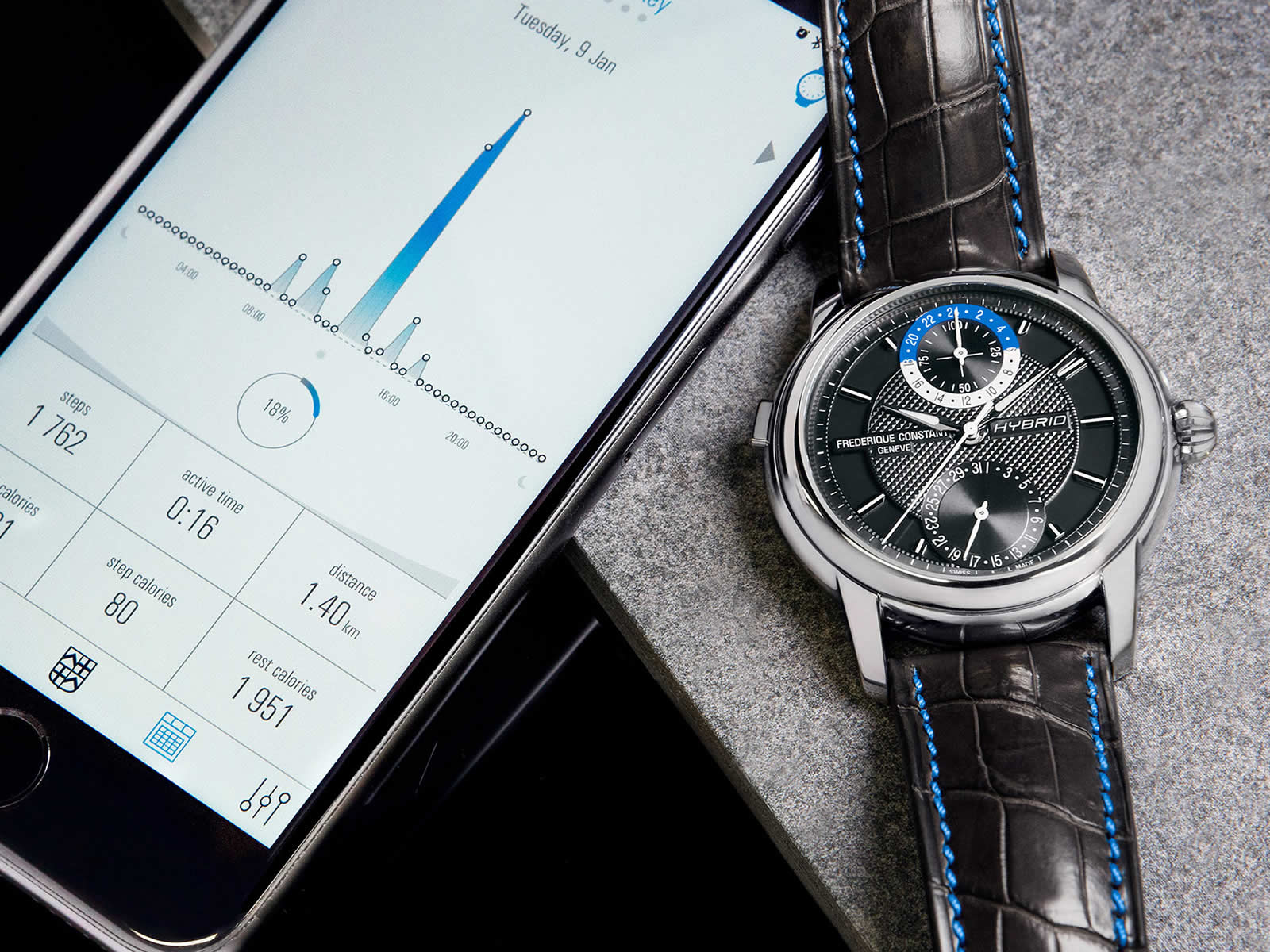 Frederique Constant is known as the first Swiss watchmaker to launch a Smart Watch with the Horological Smart Watch introduced in 2015. 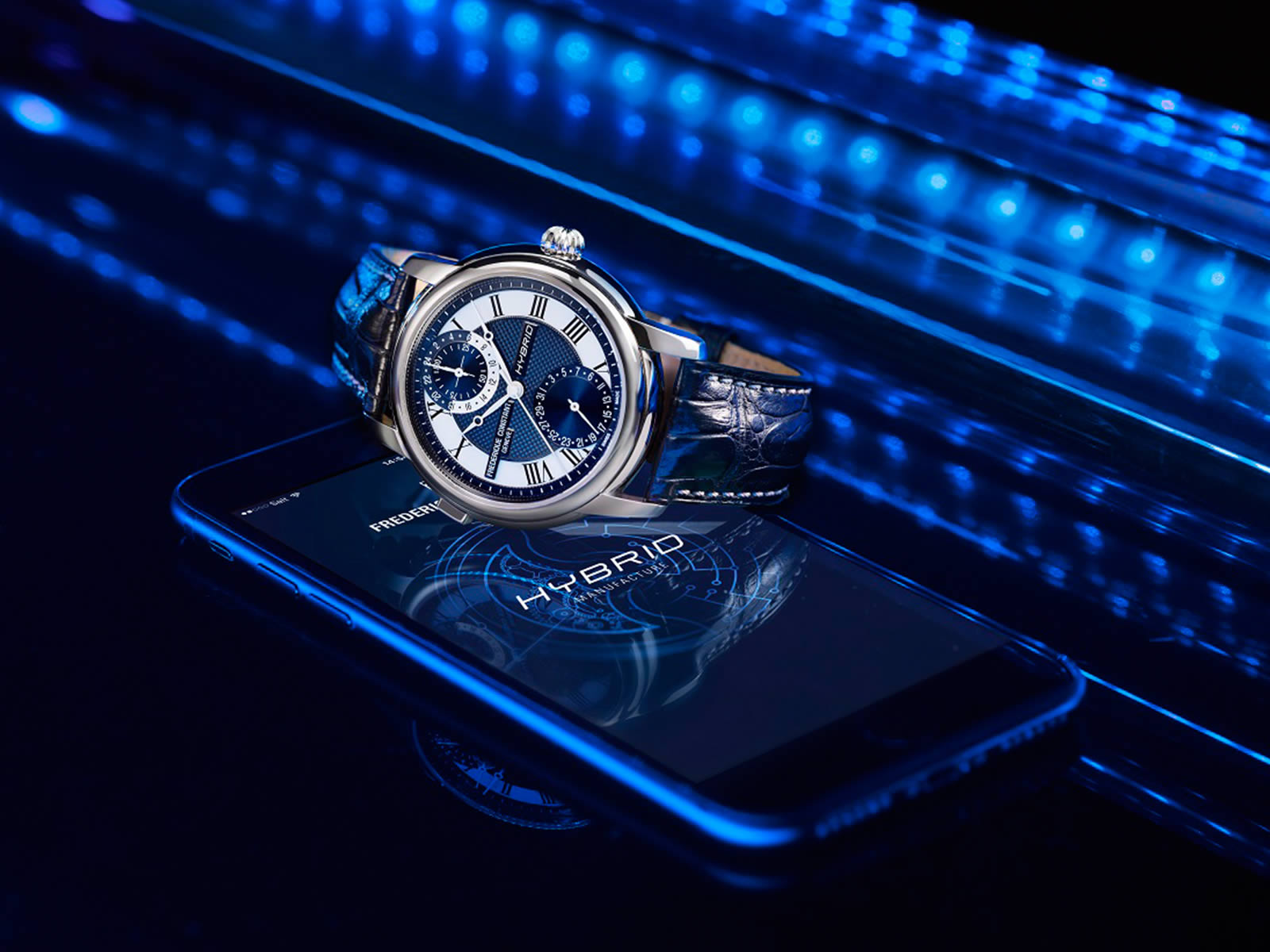 However, the Horological Smart Watch was more like a Quartz hybrid watch as it features a traditional analogue display instead of conventional touch screen like its rivals back then. 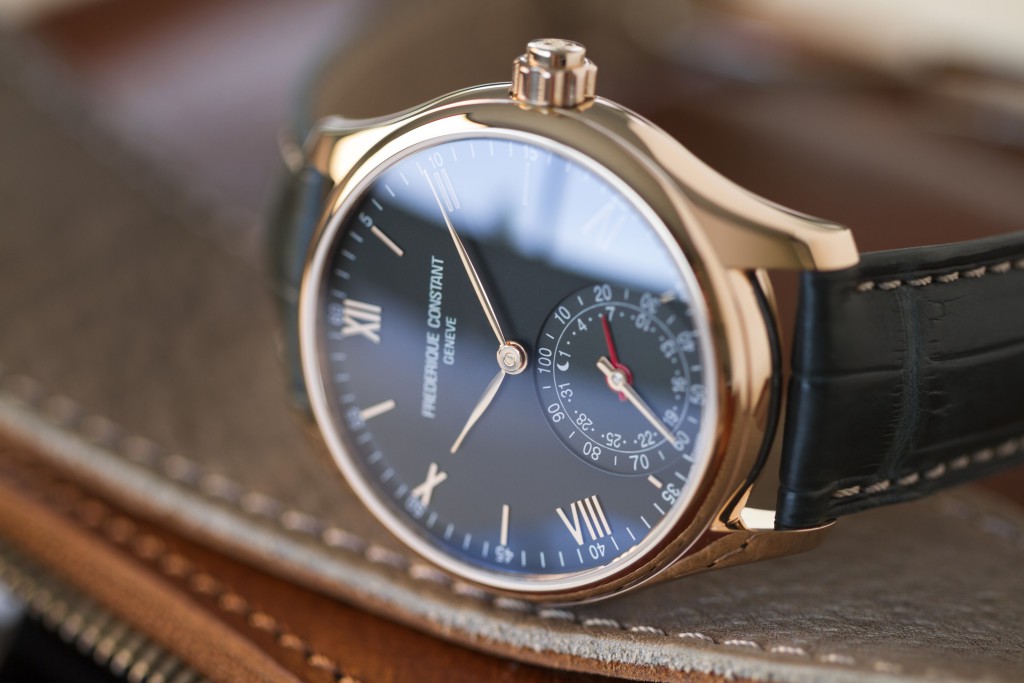 Now Frederique Constant is back in the game after a three years period with a new model which is powered by an in-house mechanical movement that the brand states is entirely Swiss Made (hard to believe as the company is owned by Citizen). 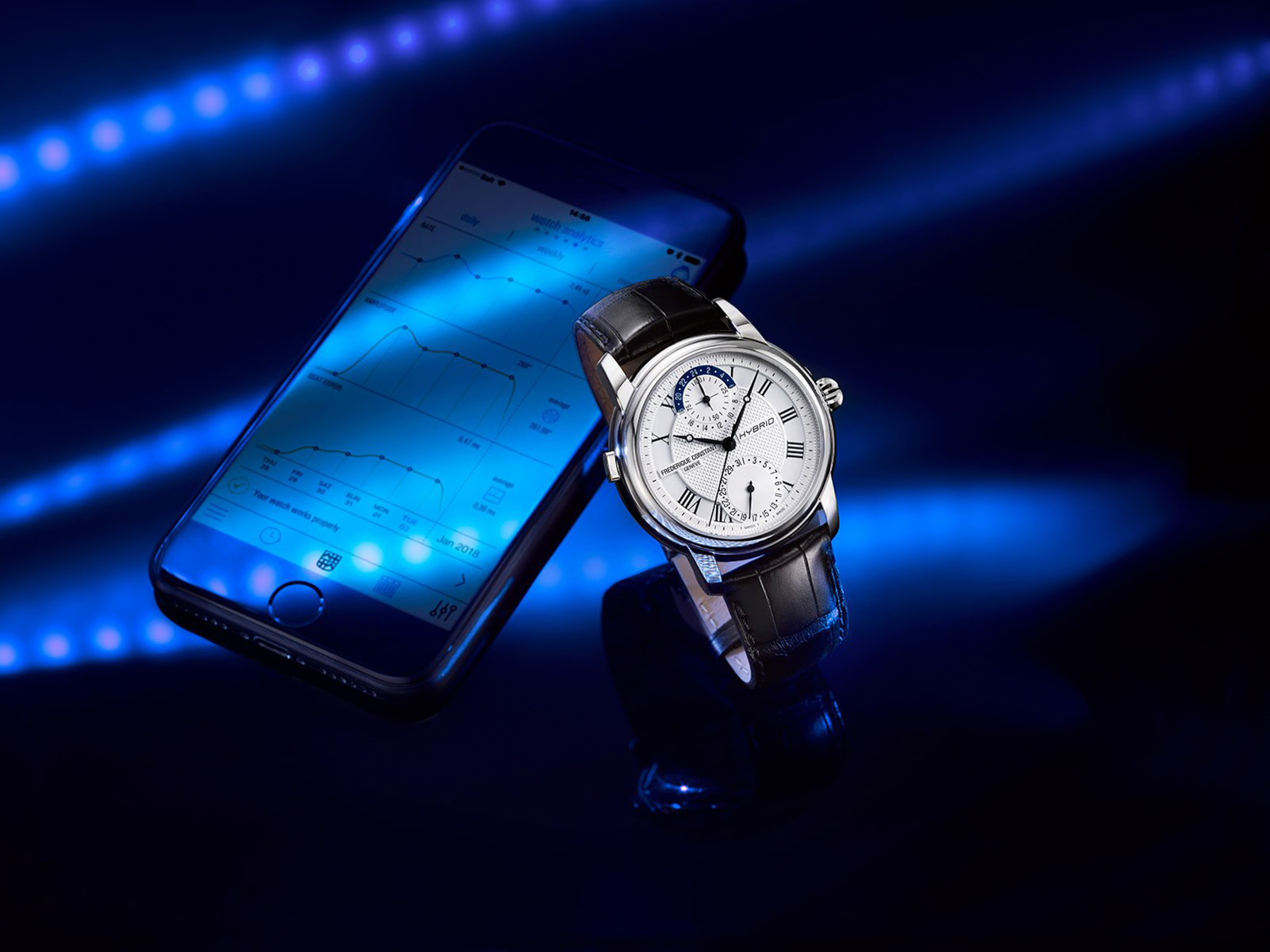 The Hybrid Manufacture is offered in four case options as three in stainless steel and one in rose gold plated. The 42mm diameter case houses the traditional engine-turned centre dial accompanied by Breguet-style hands and Roman numerals. There is also a limited edition (888 pieces) model that features a sportier look with luminous lance-shaped hands and applied hour markers. 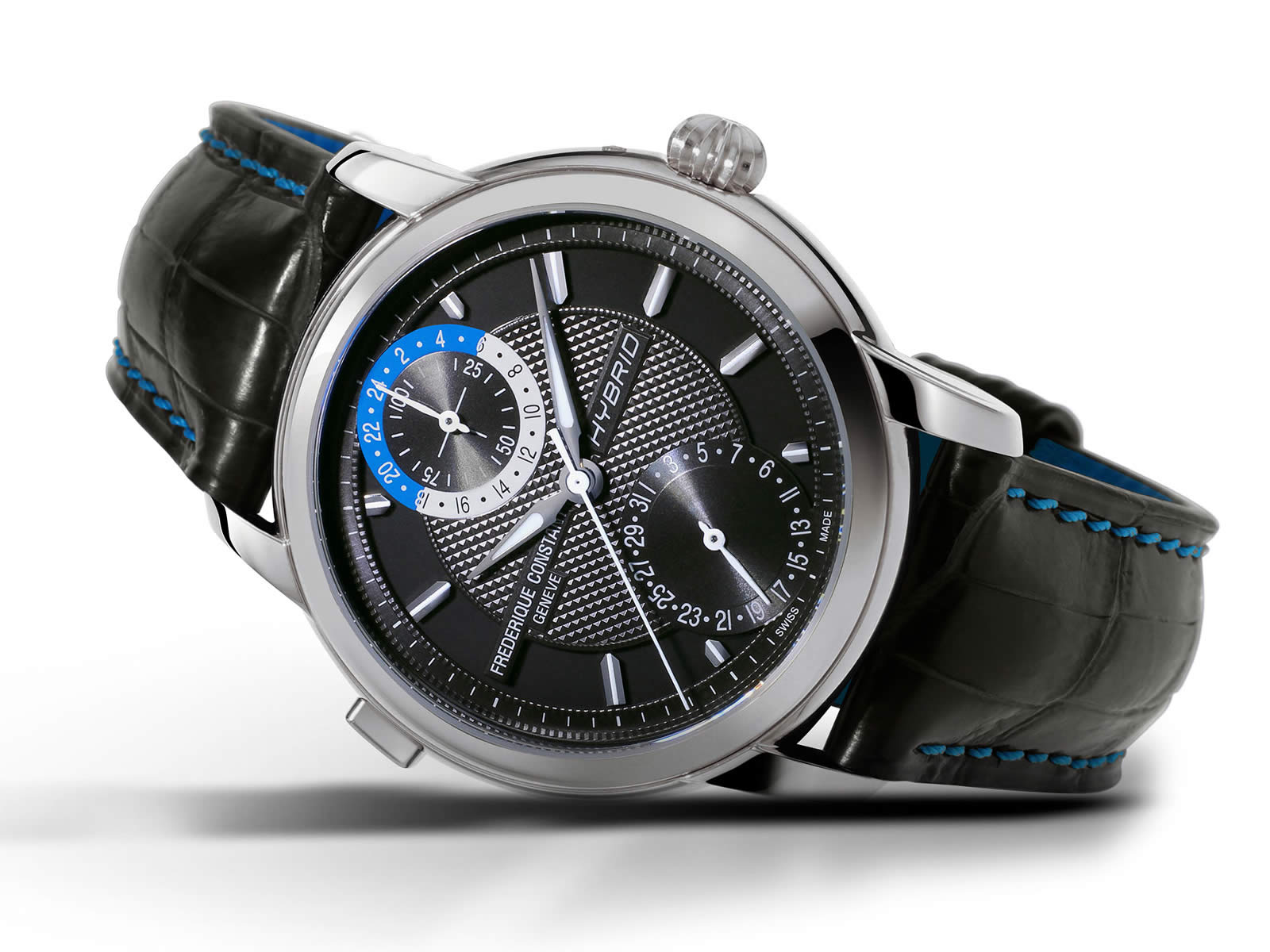 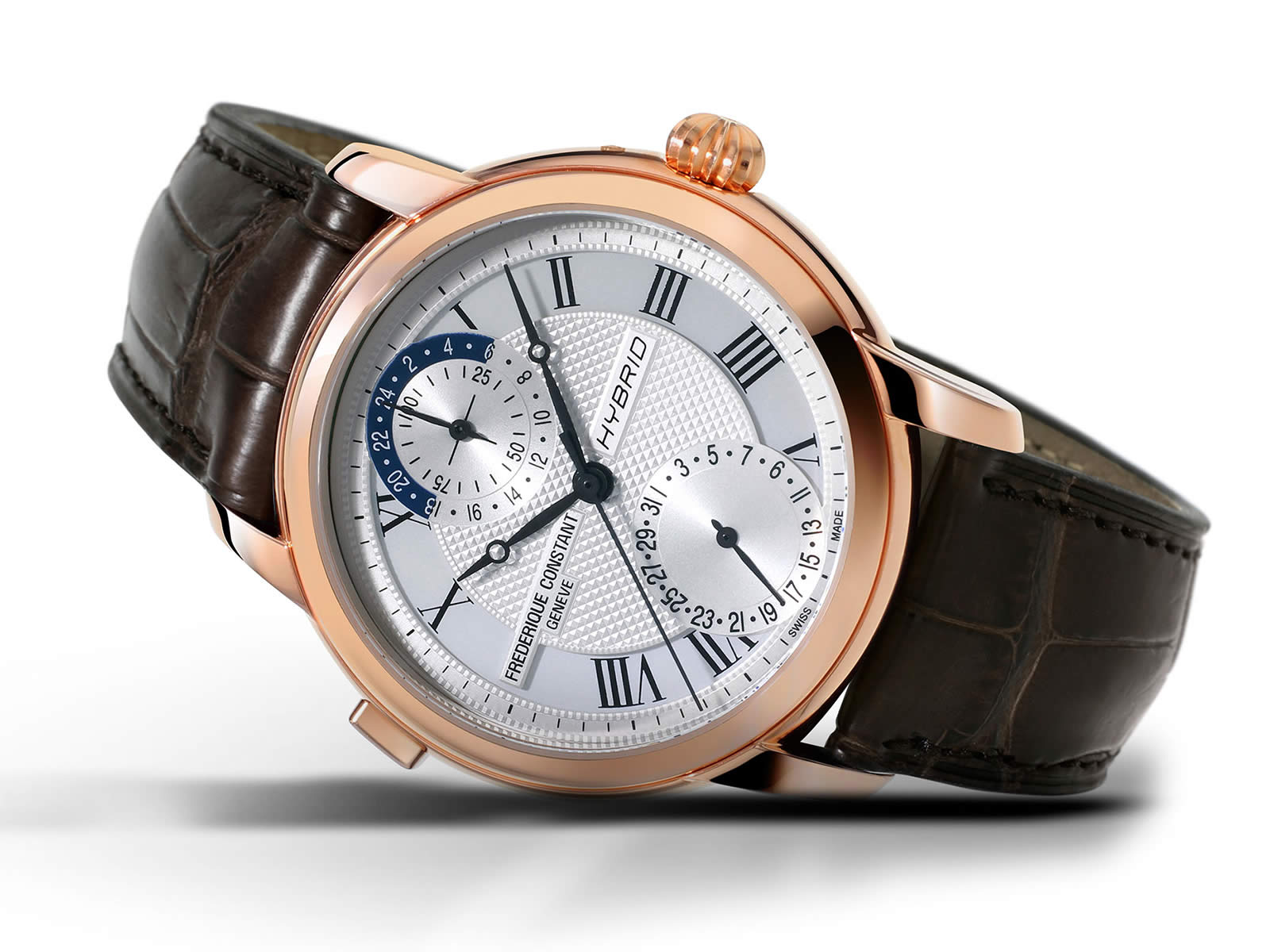 The models are powered by the in-house Caliber FC-750. Self-winding movement has a Quartz module on top. A patented shield was developed to house the electronics, in order to prevent the mechanical portion of the movement from being magnetized by the Smart Watch module. 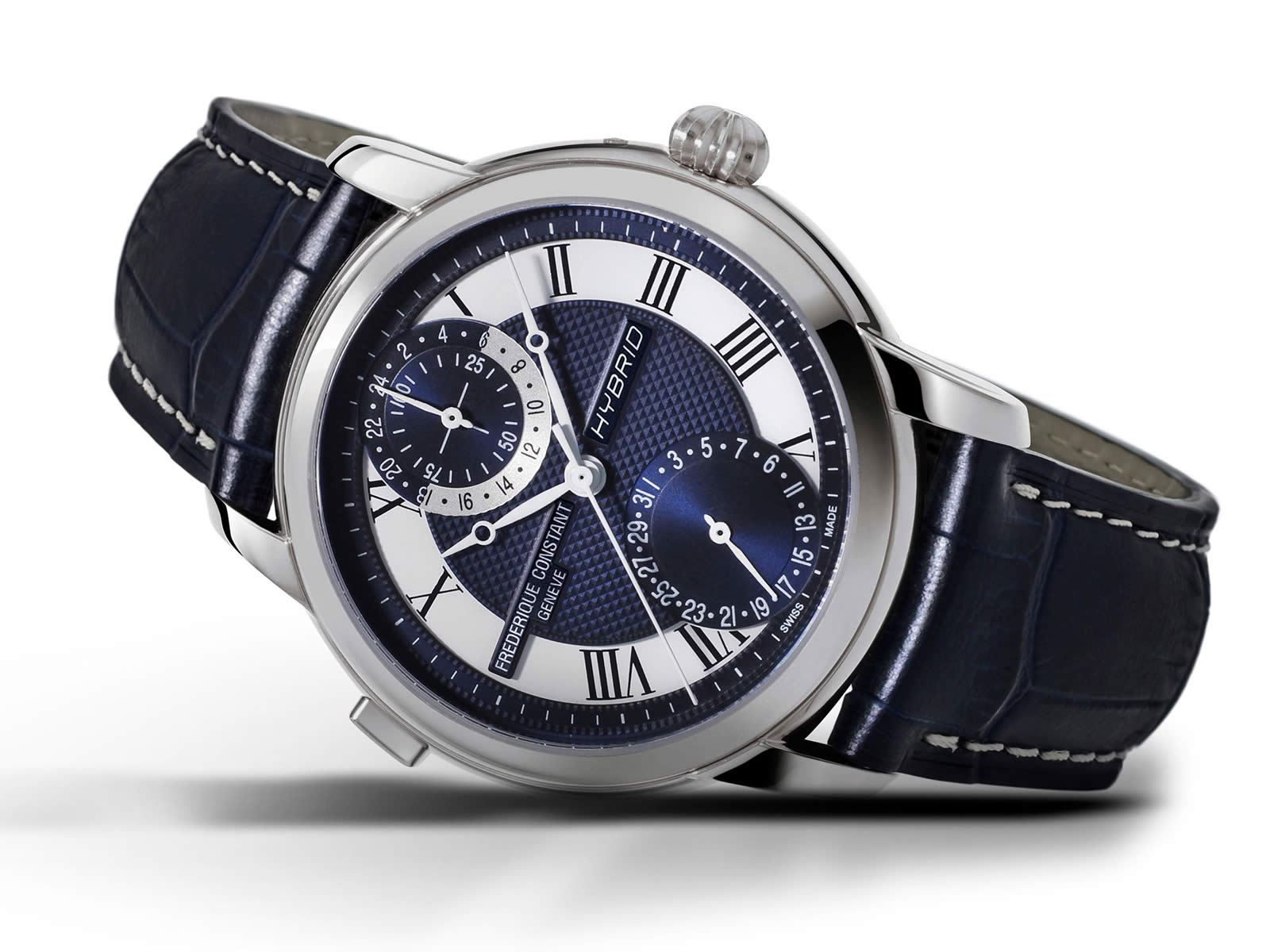 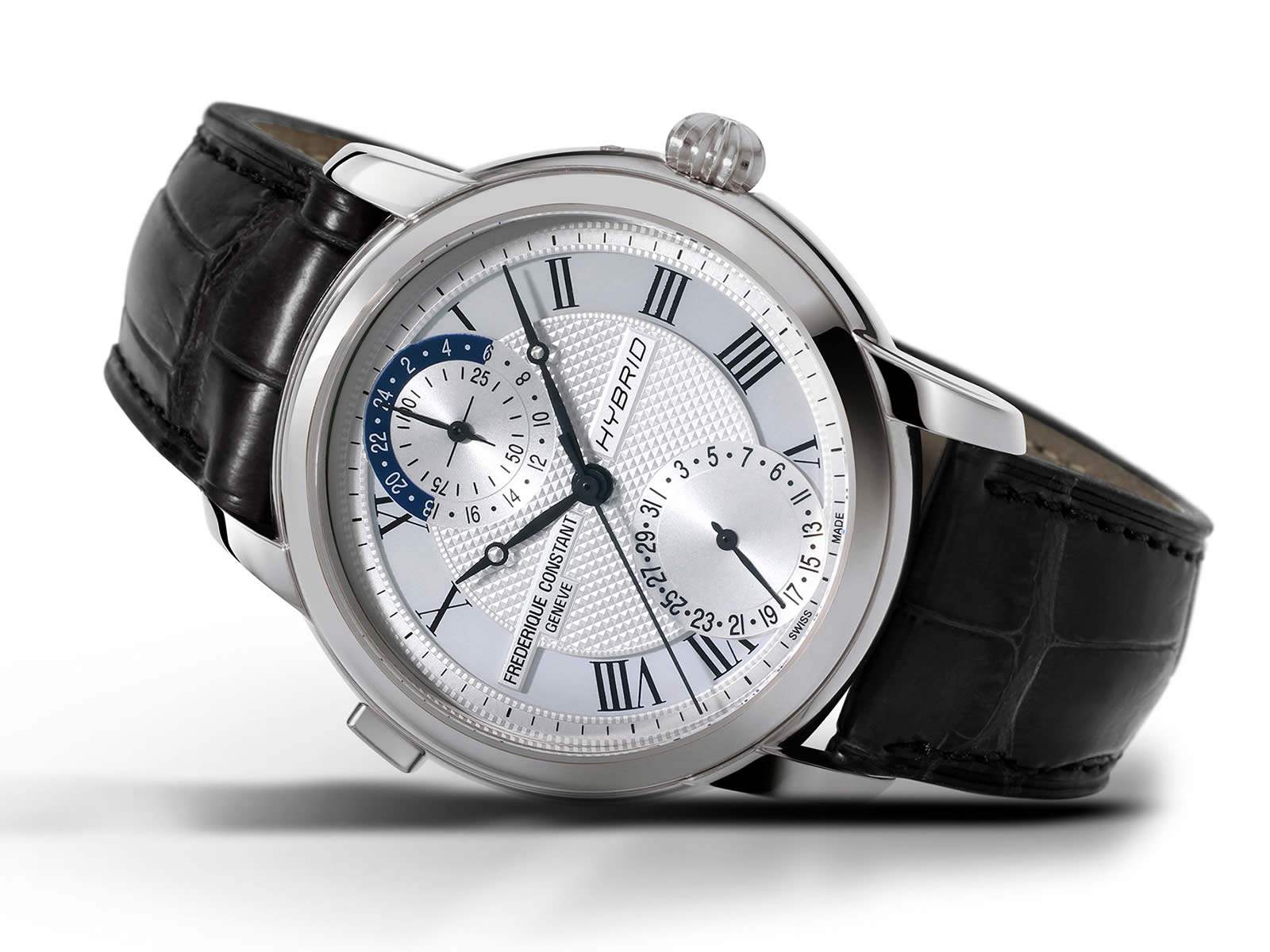 The mechanical movement display time and date functions while the Quartz module offers standard Smart Watch features like sleep monitoring, activity tracking, health advice, as well as a world time function. The most interesting feature is the built-in watch testing machine that measures the rate, amplitude and beat error of the mechanical movement automatically every day. 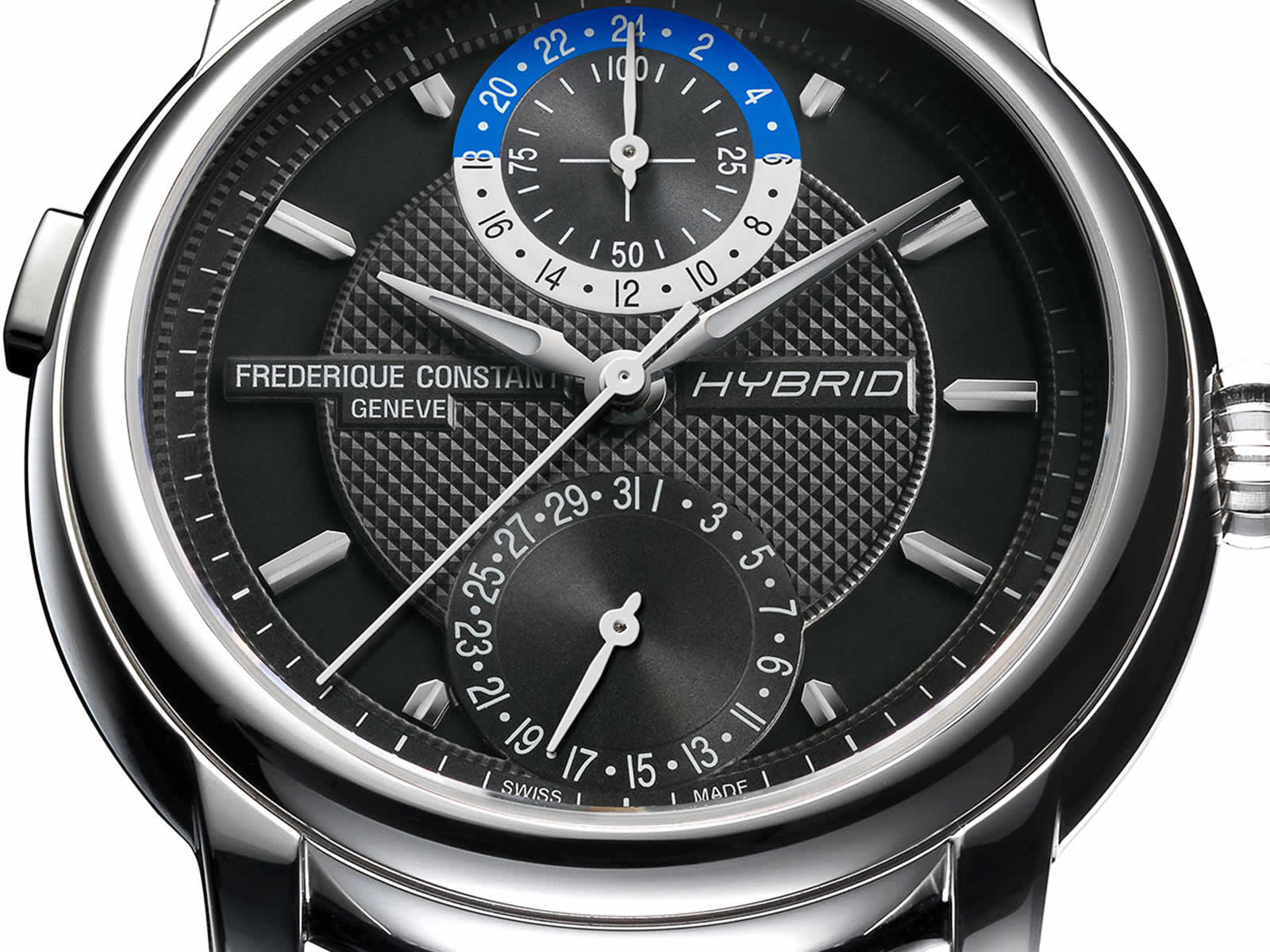 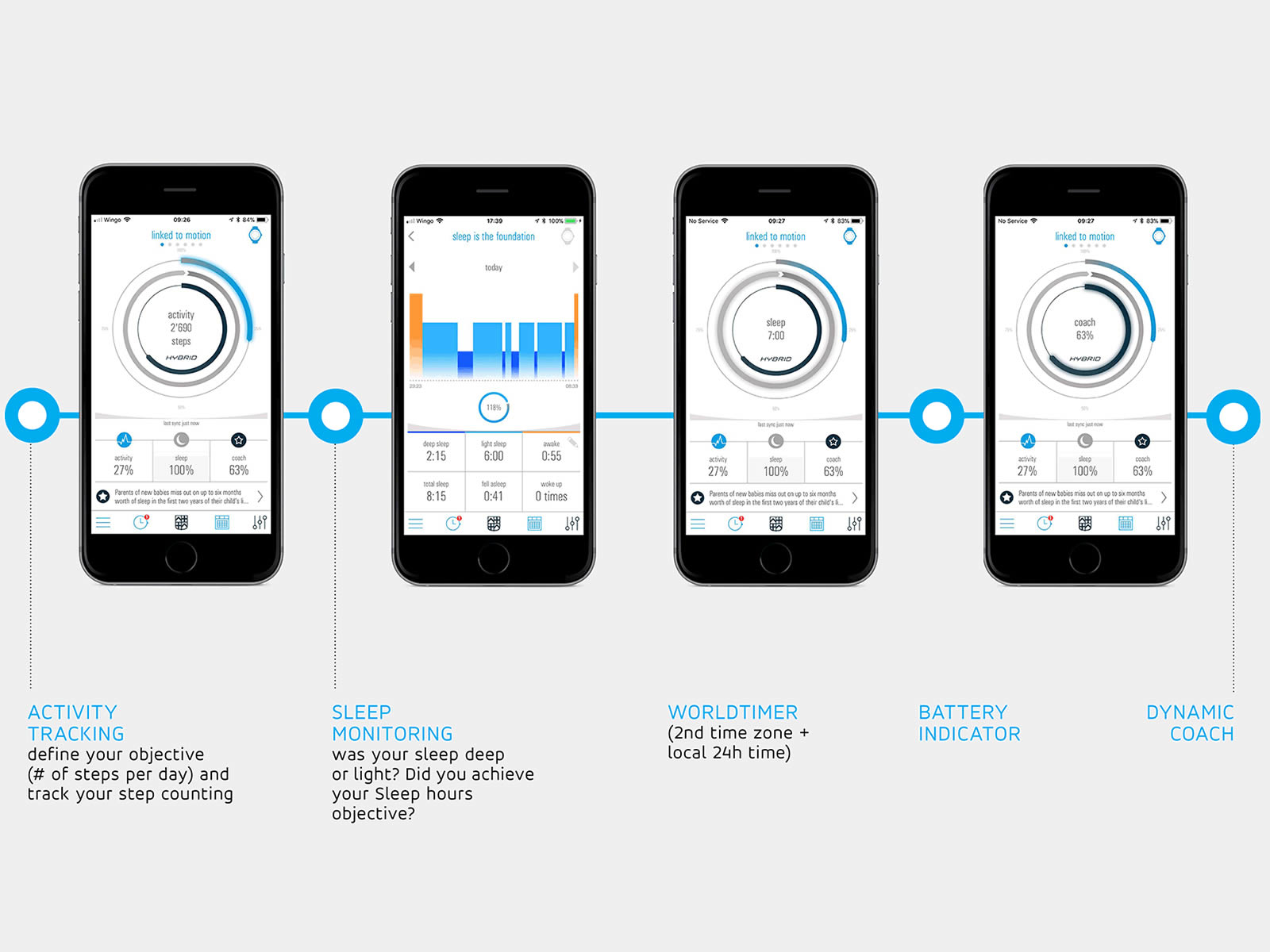 The sub-dial at 12 o’clock indicates a handful of basic Smart Watch functions, with the full complement of data available on a paired Smart Phone thanks to a dedicated app. The watch links to a Smart Phone via Bluetooth, with the link established through the pusher on the left side of the case. 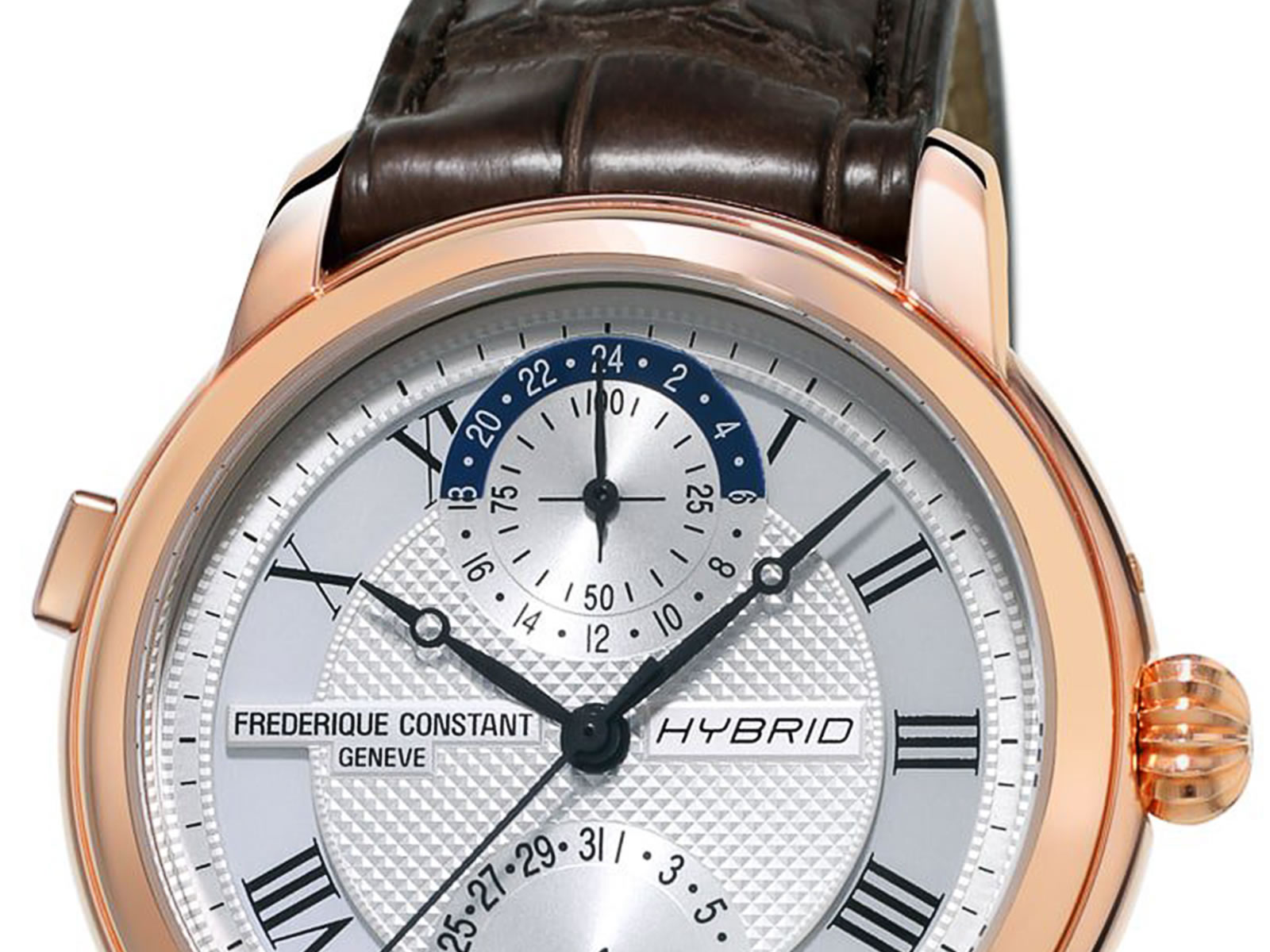 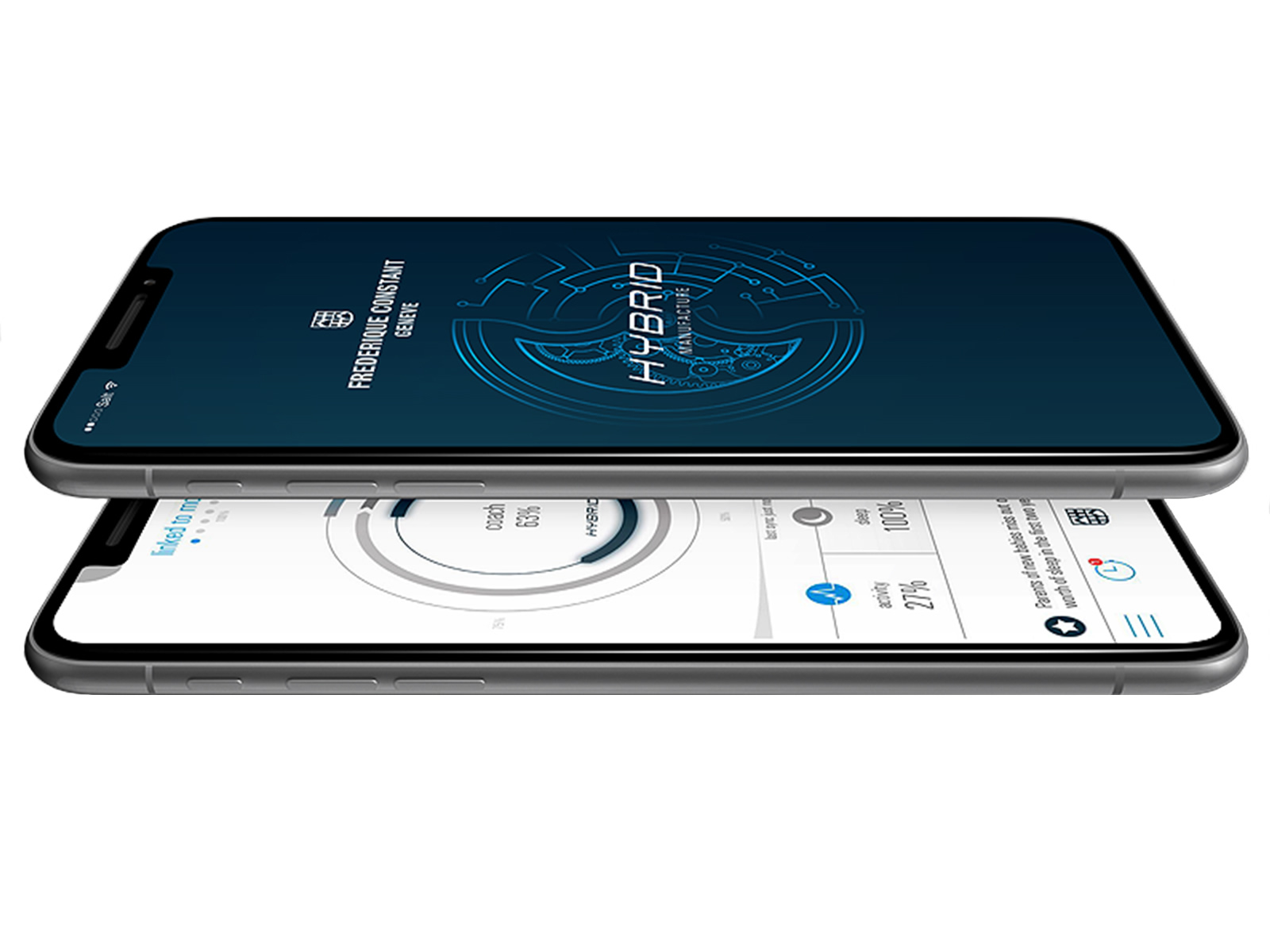 Visible through the sapphire crystal caseback, self-winding movement has an open-worked rotor, ticks at 28,800bph and offers a 42-hour power reserve when fully wound, while the electronic module needs to be charged every seven days. 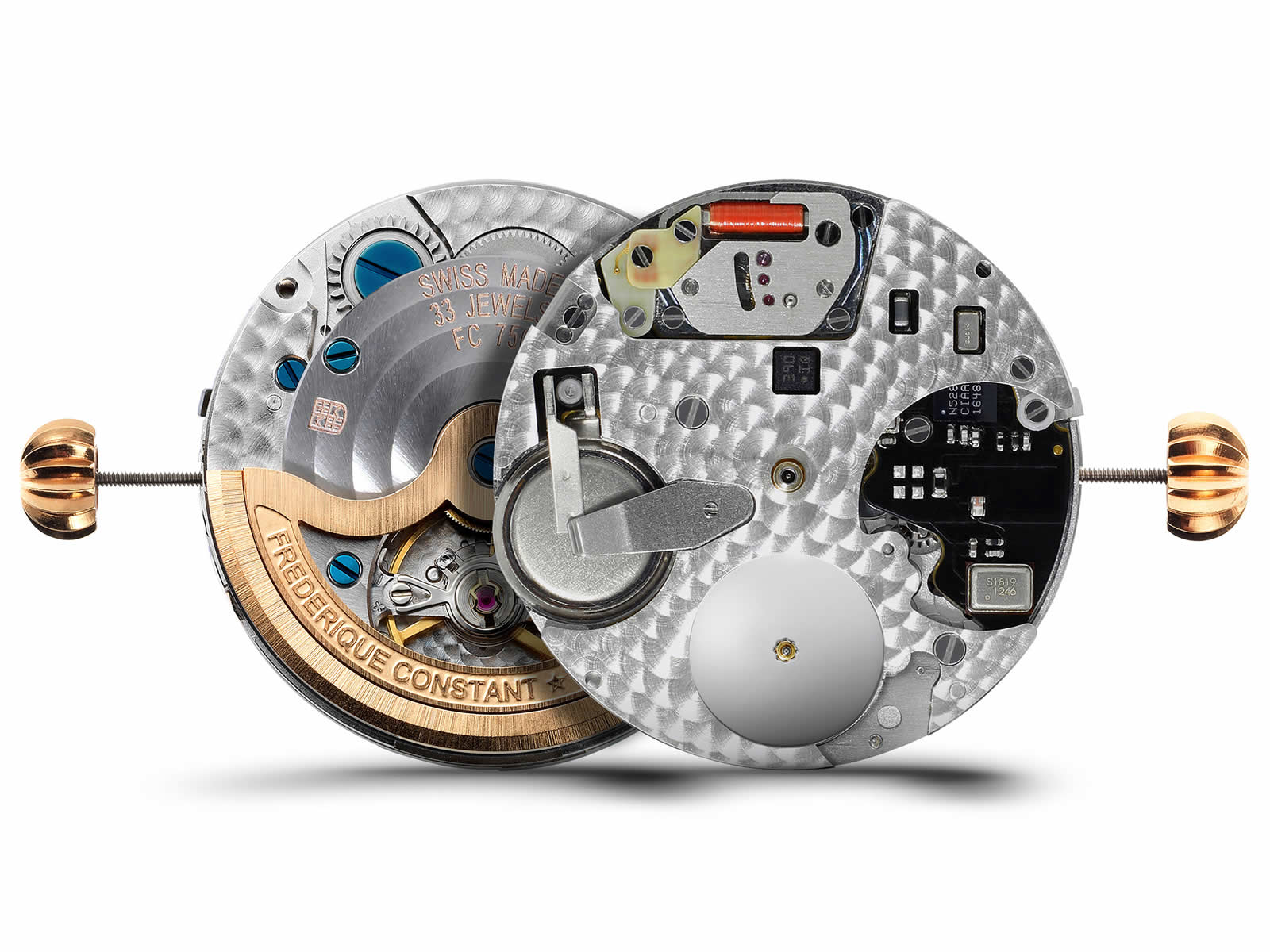 The watch is packaged in a wood presentation box that contains both a winder for the automatic movement and a removable charger. 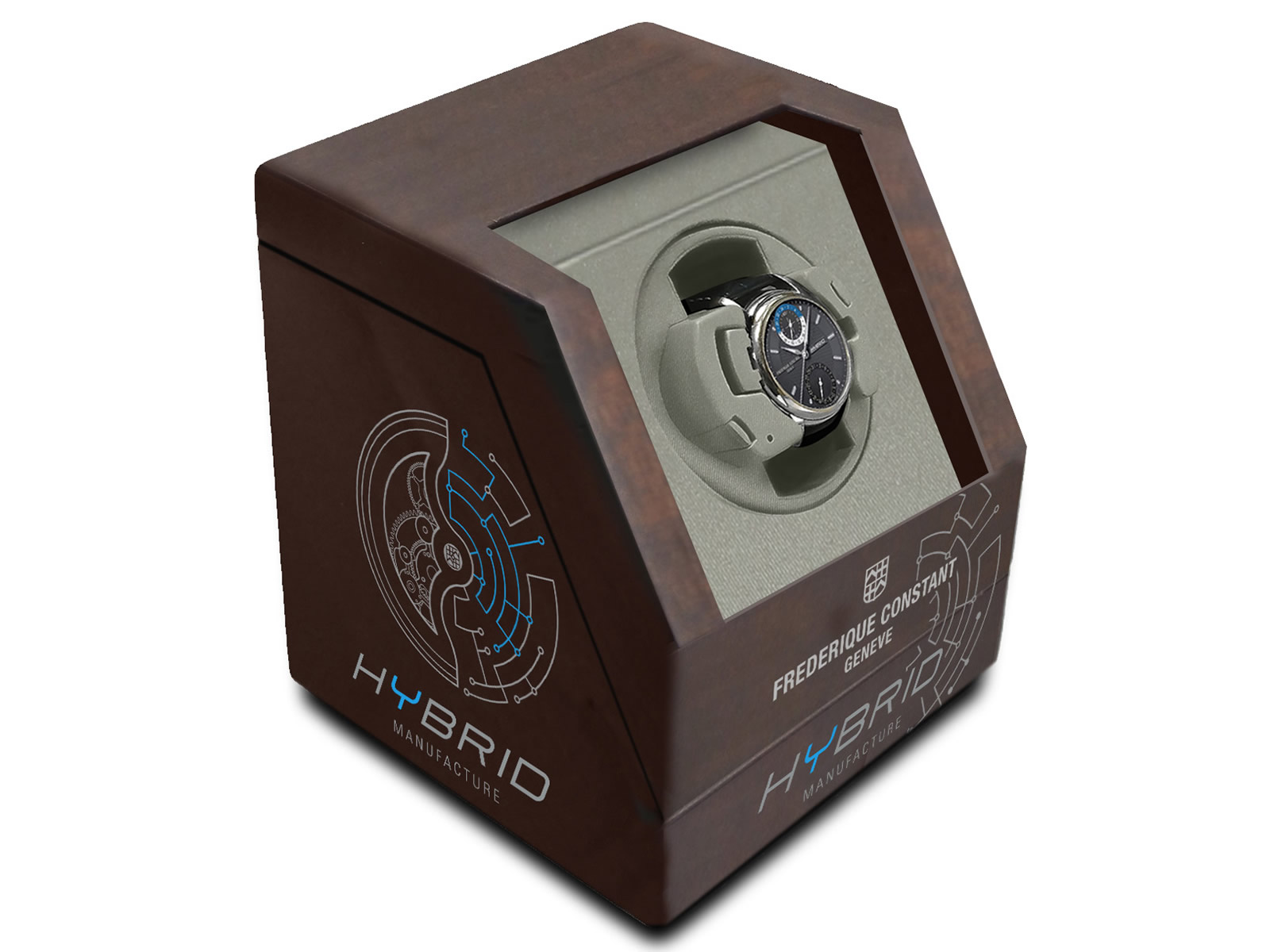