From Italian Navy to Swiss Mountains

Panerai is among the most popular watch brands today. We have compiled the past, present and the firsts of the brand that excites us with its design, relatively appropriate pricing and accessibility for those who have lost their hearts to this brand and want to learn more about it. 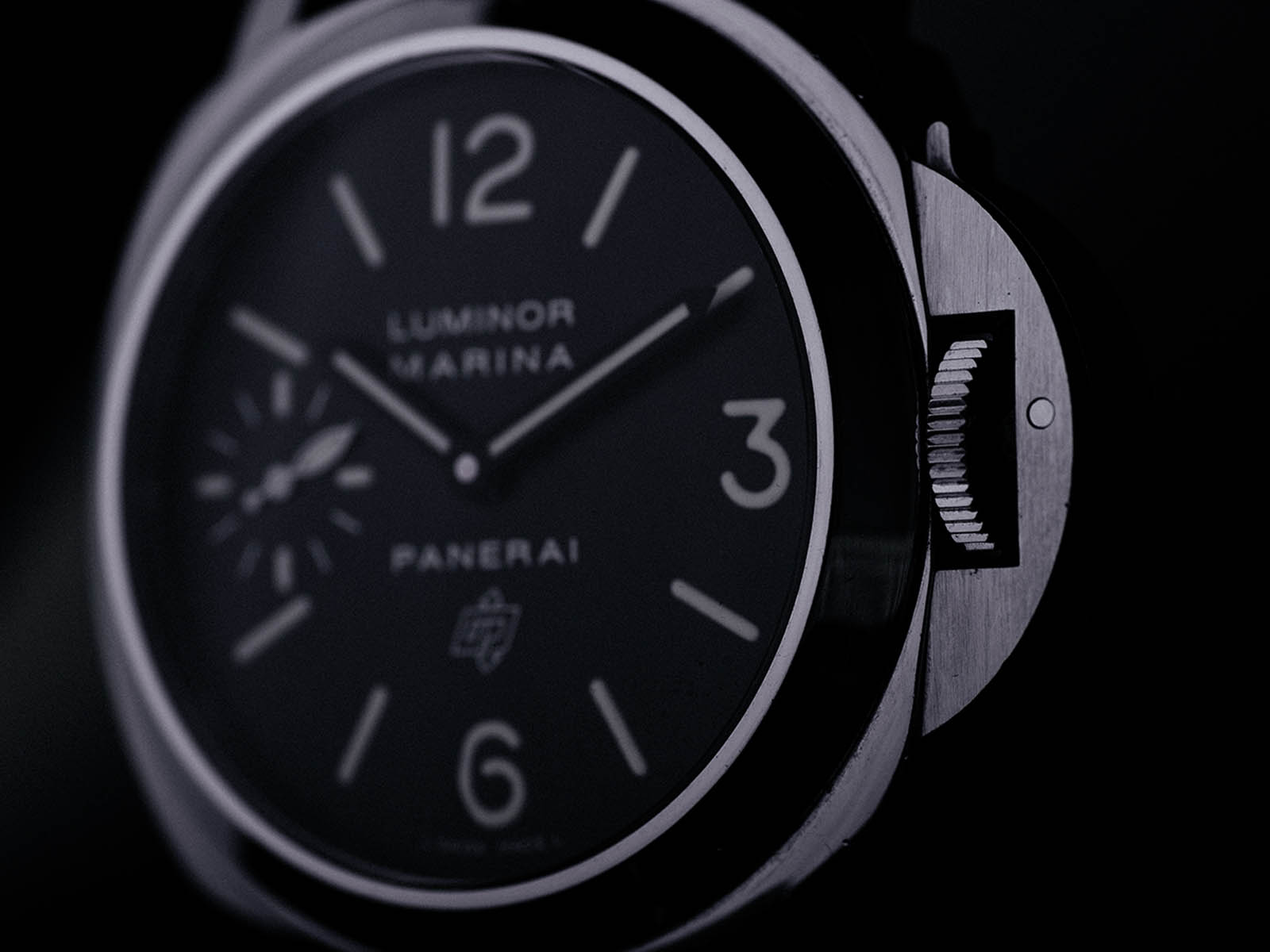 The founder of the brand, Giovanni Panerai, opened his watch shop in 1860 in Ponte alle Grazie, Florence. This workshop, where the story of Officine Panerai started, was not only a boutique or workshop, but also the city's first watchmaking school. At the beginning of the 20th century, the workshop moved to its current location, the Palazzo Arcivescovile in Piazza San Giovanni, and renamed as ‘Orologeria Svizzera’. 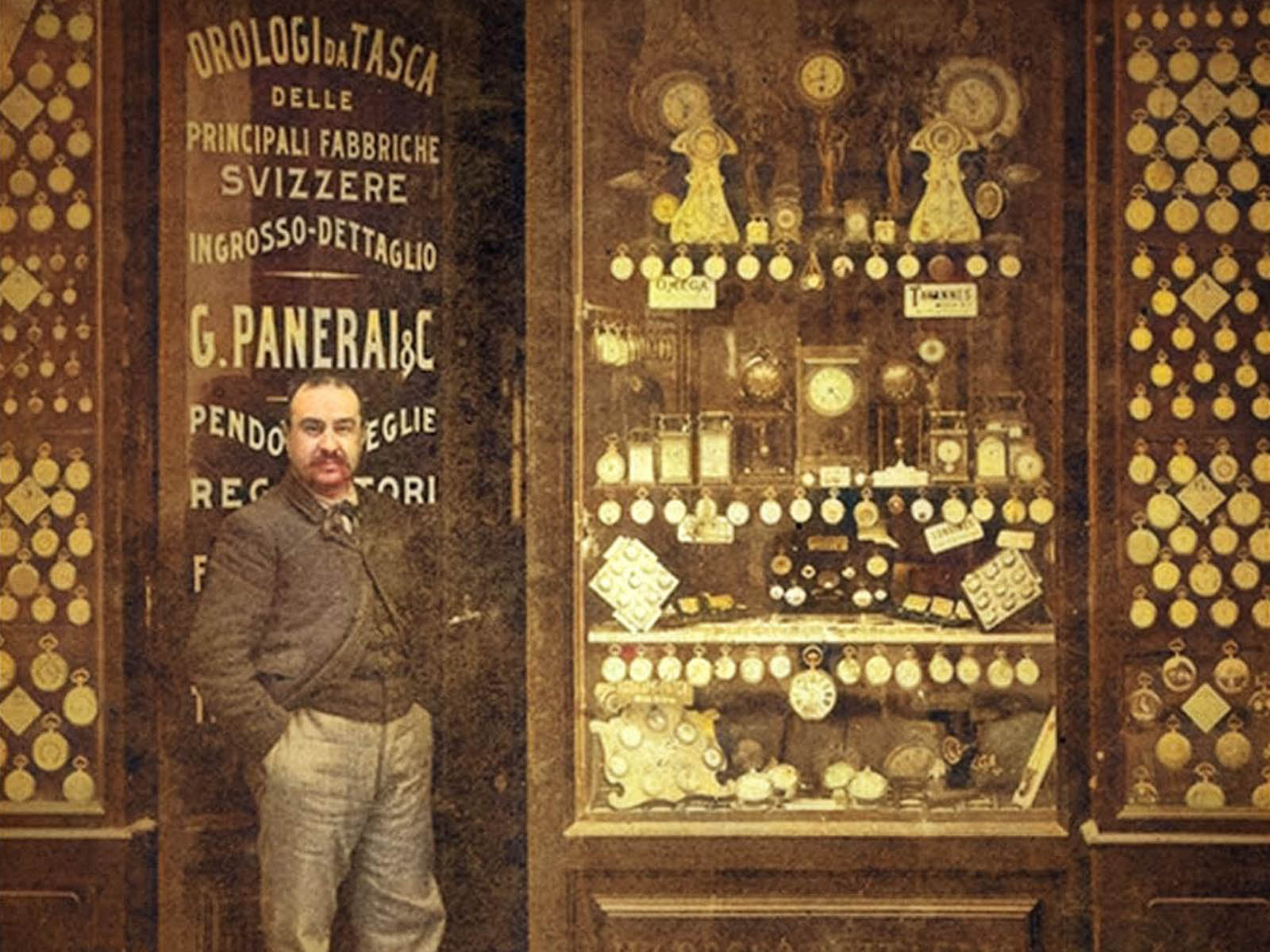 To meet the needs of the Royal Italian Navy, where it has already supplied high-precision instruments for several years, the brand has developed Radiomir, a radium-based powder that will make its dials shine at dark and improve legibility. The name Radiomir was officially documented in addition to the patent received on 23 March 1916. 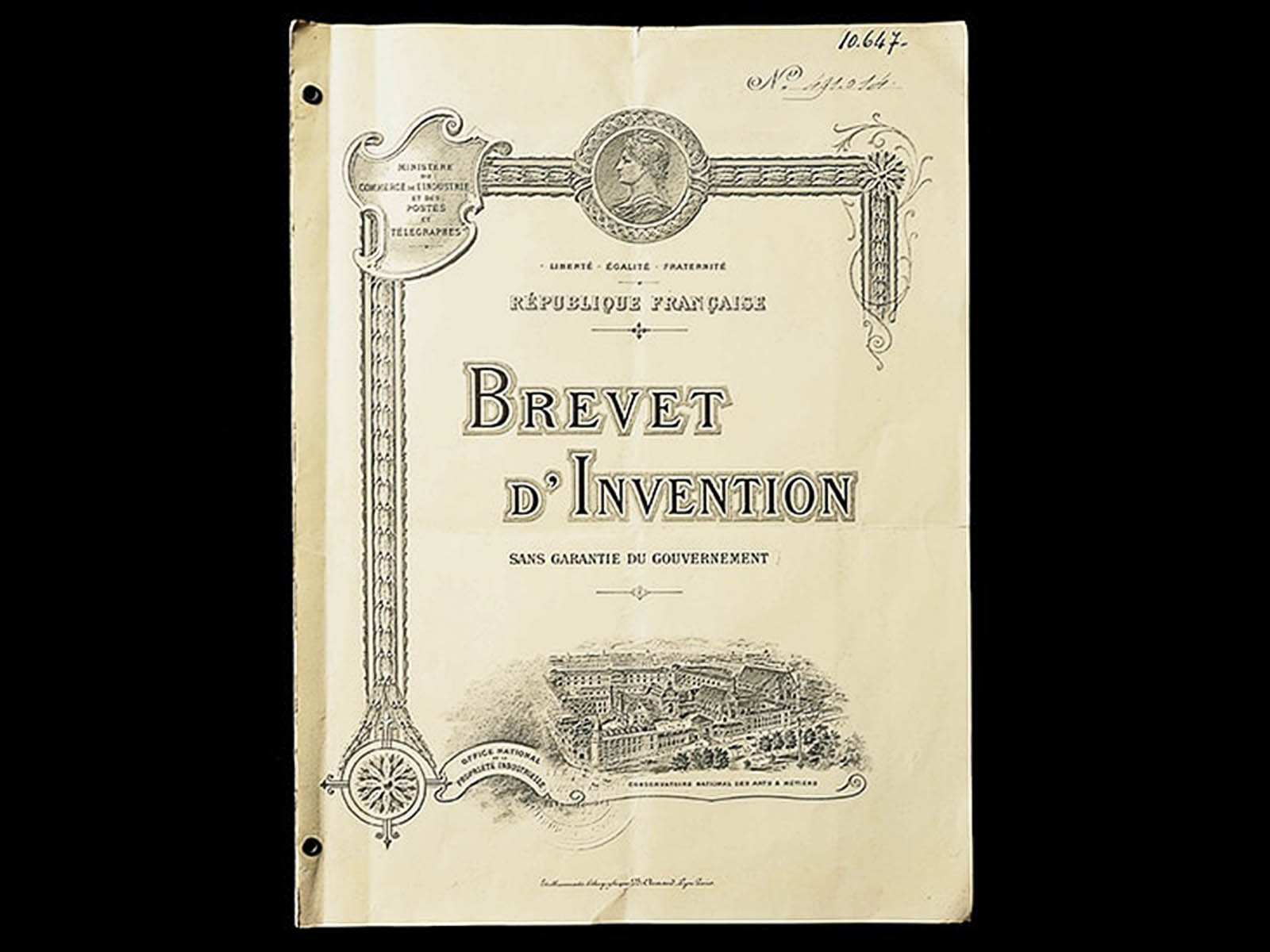 On the eve of World War II, Panerai created the first prototype of the model now known as Radiomir for the Italian Royal Navy First Submarine Group Command's diver commandos. Today's Radiomir takes its design codes from that very prototype from 1936, which featured a large, cushion-type (47mm) stainless steel case, phosphorous numbers and markers, wired lugs welded to the case, a hand-winding movement, and a waterproof strap that is long enough to fit onto a diving suit. According to the Italian Navy’s archives, a total of 10 prototypes were produced. 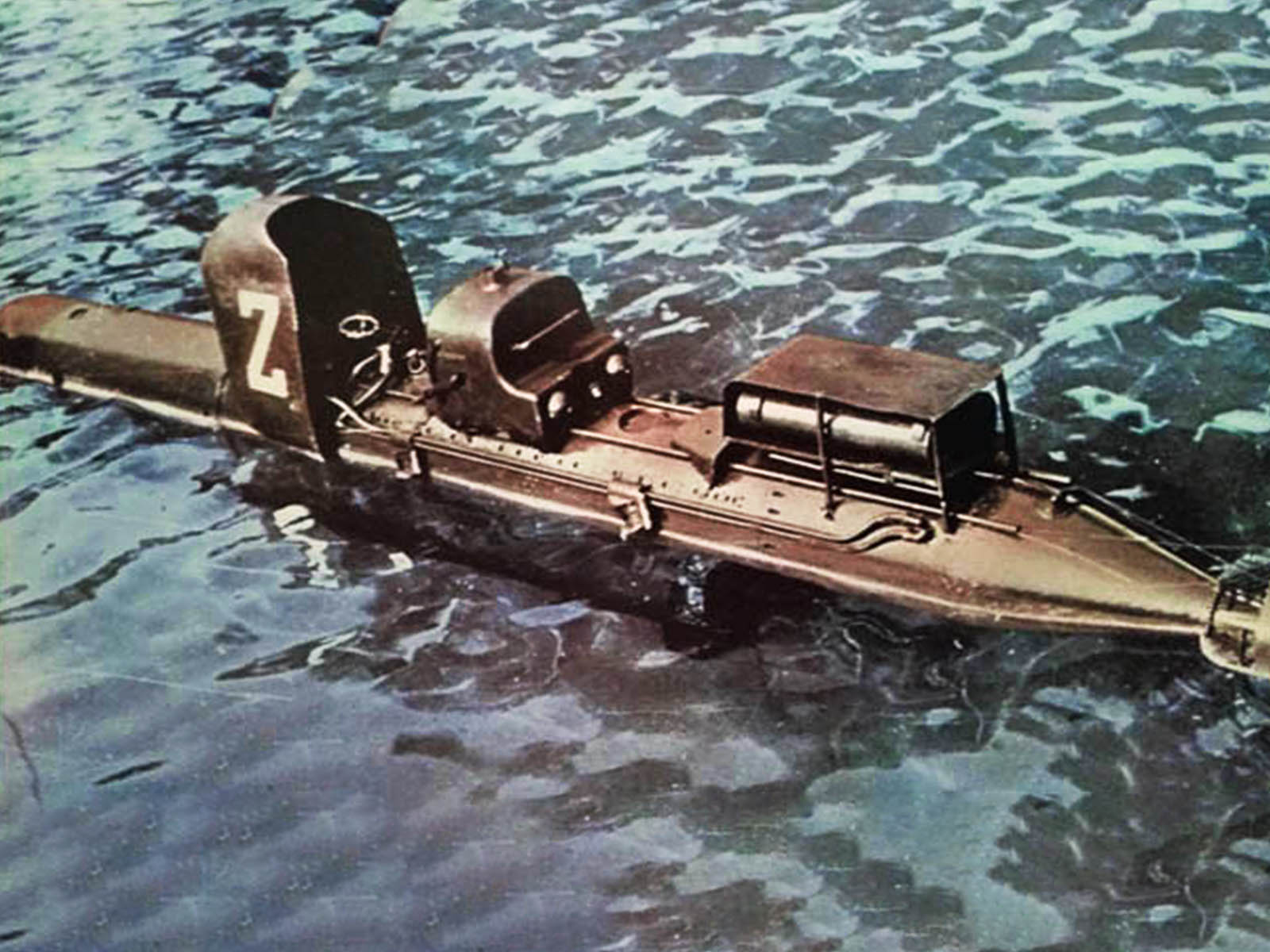 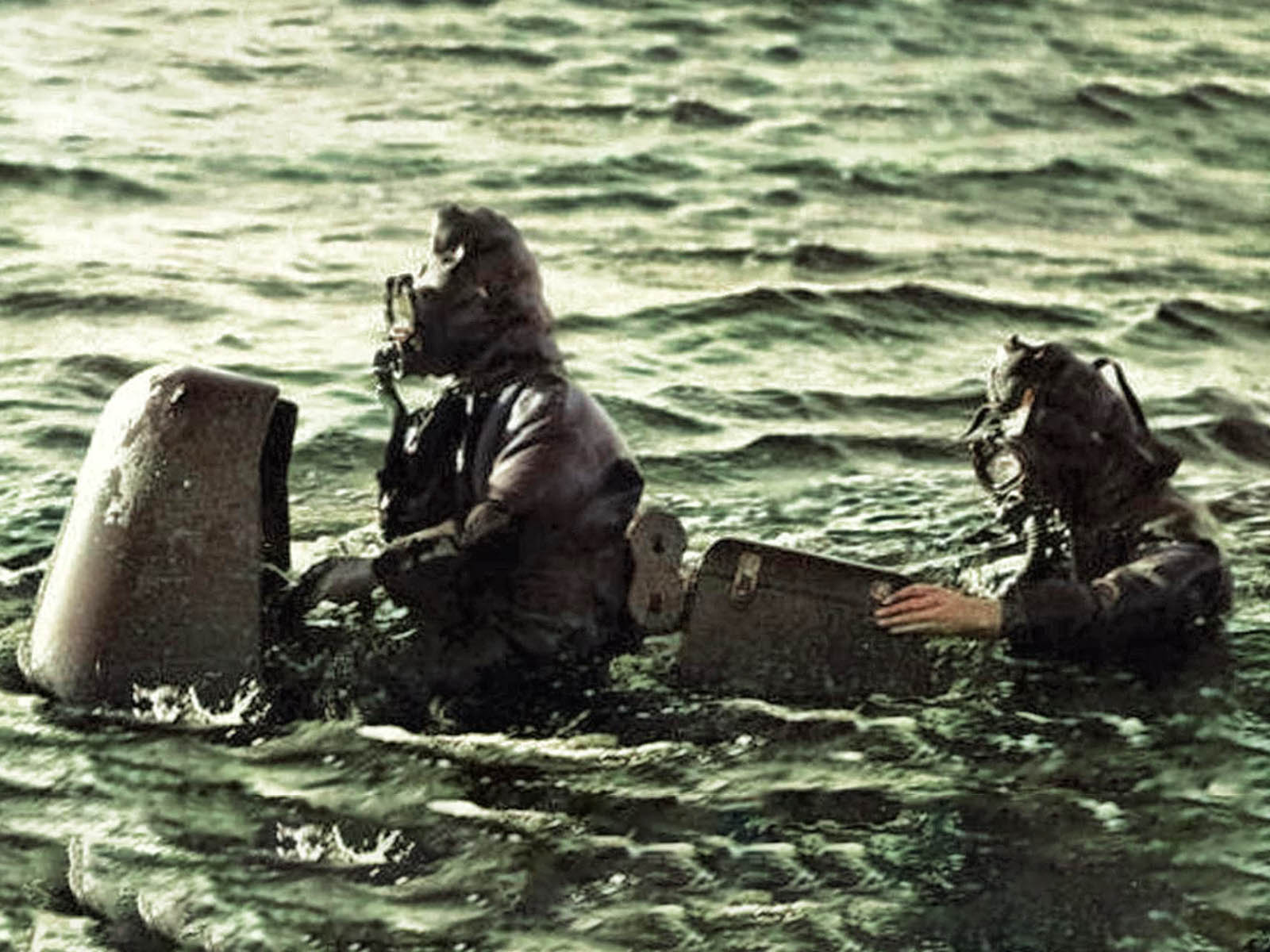 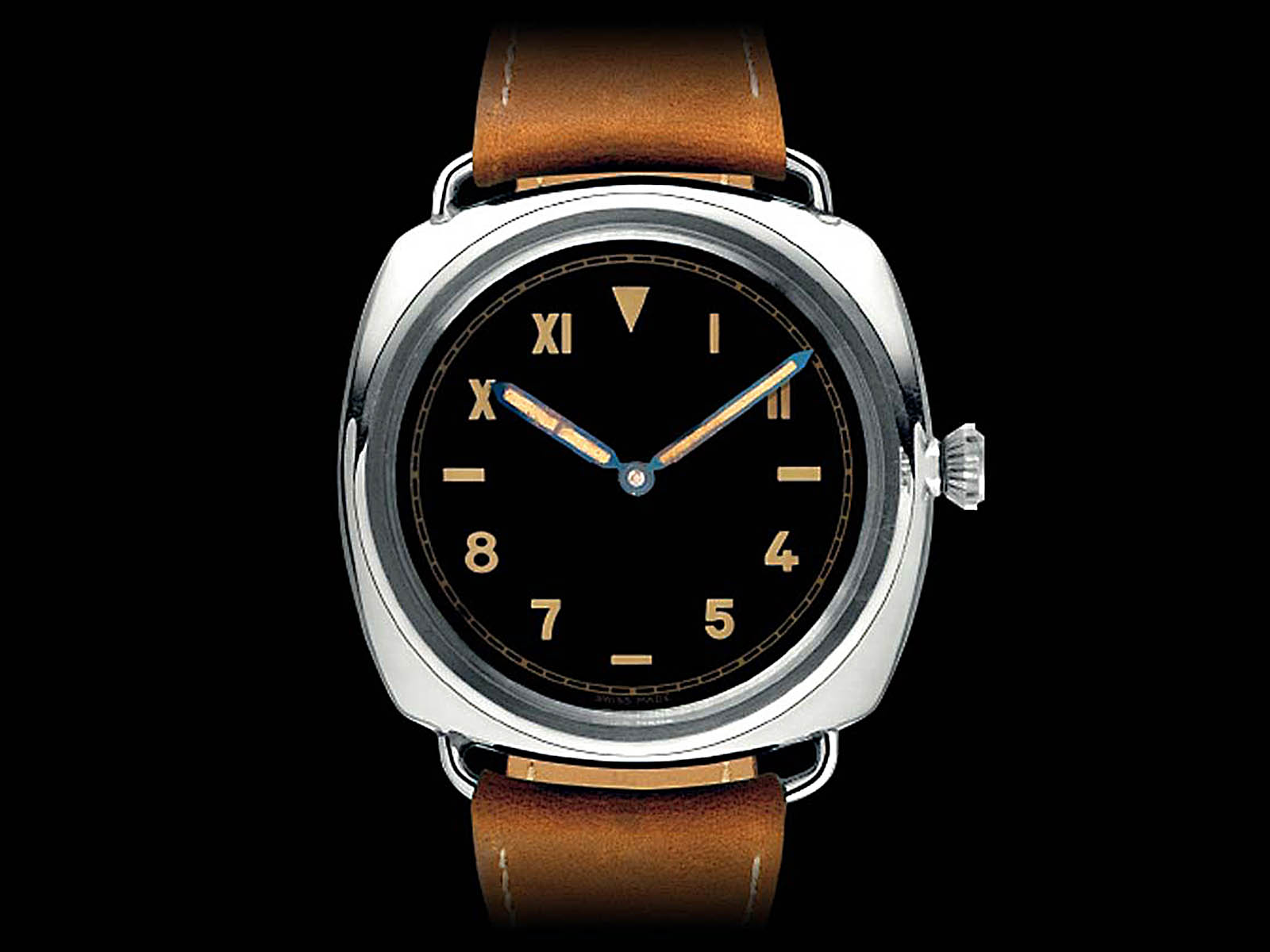 In 1943, Officine Panerai developed the prototype of the Bi-Compax chronograph Mare Nostrum, designed specifically for the deck officers. The research and planning process for one of the main steps in the design of the Florentine brand corresponds to these dates: The stainless steel crescent device designed to protect the winding crown against both water and winding stress was developed during this period. 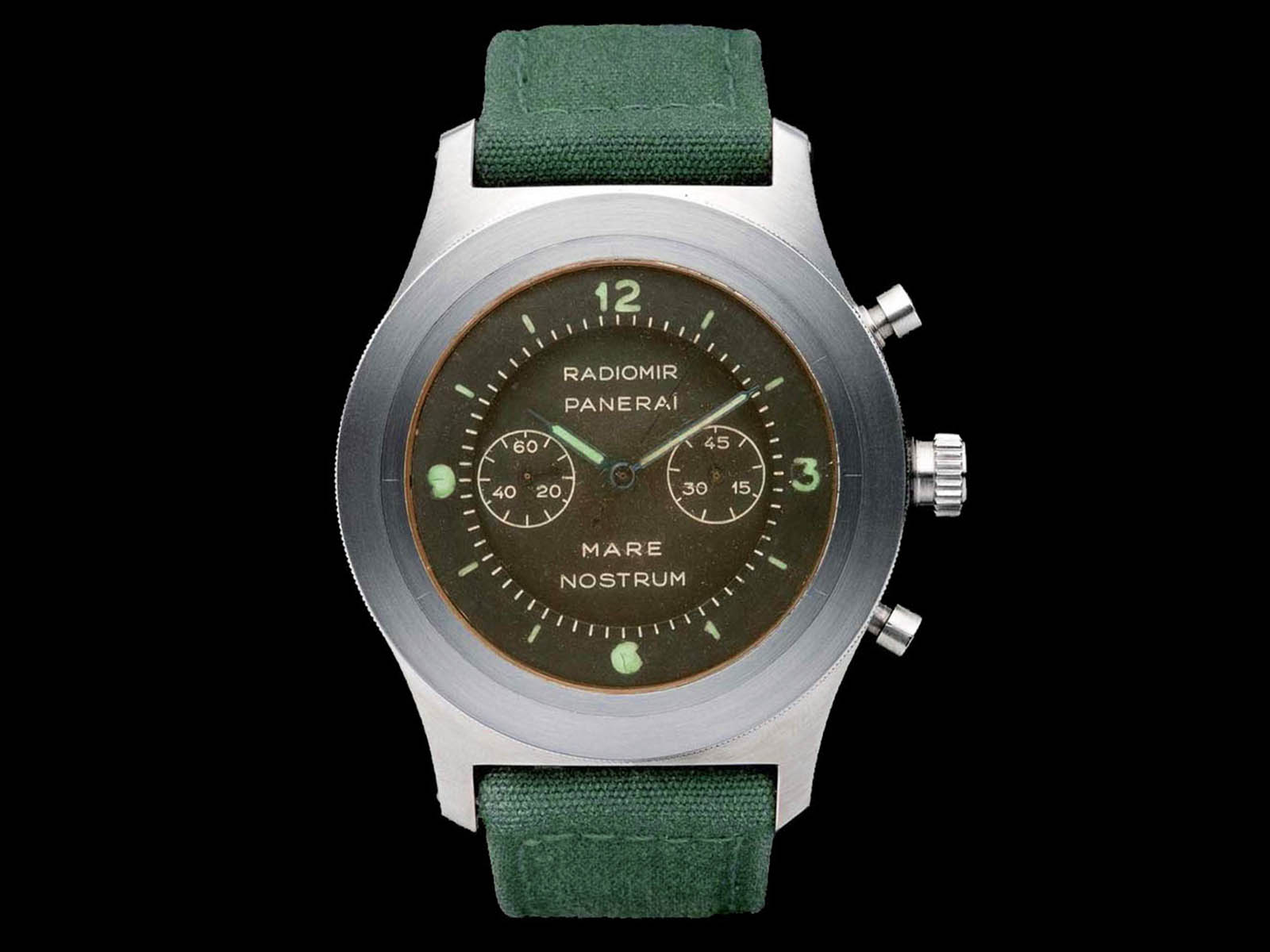 In 1949, the new, self-shining Luminor replaced the radium-based material. This compound, based on tritium (hydrogen isotope), is protected under the trademark ‘Luminor’, acquired on January 11, 1949. The brand is inspired by the name of its new-patented item (Luminor) for its second historic model after the Radiomir. 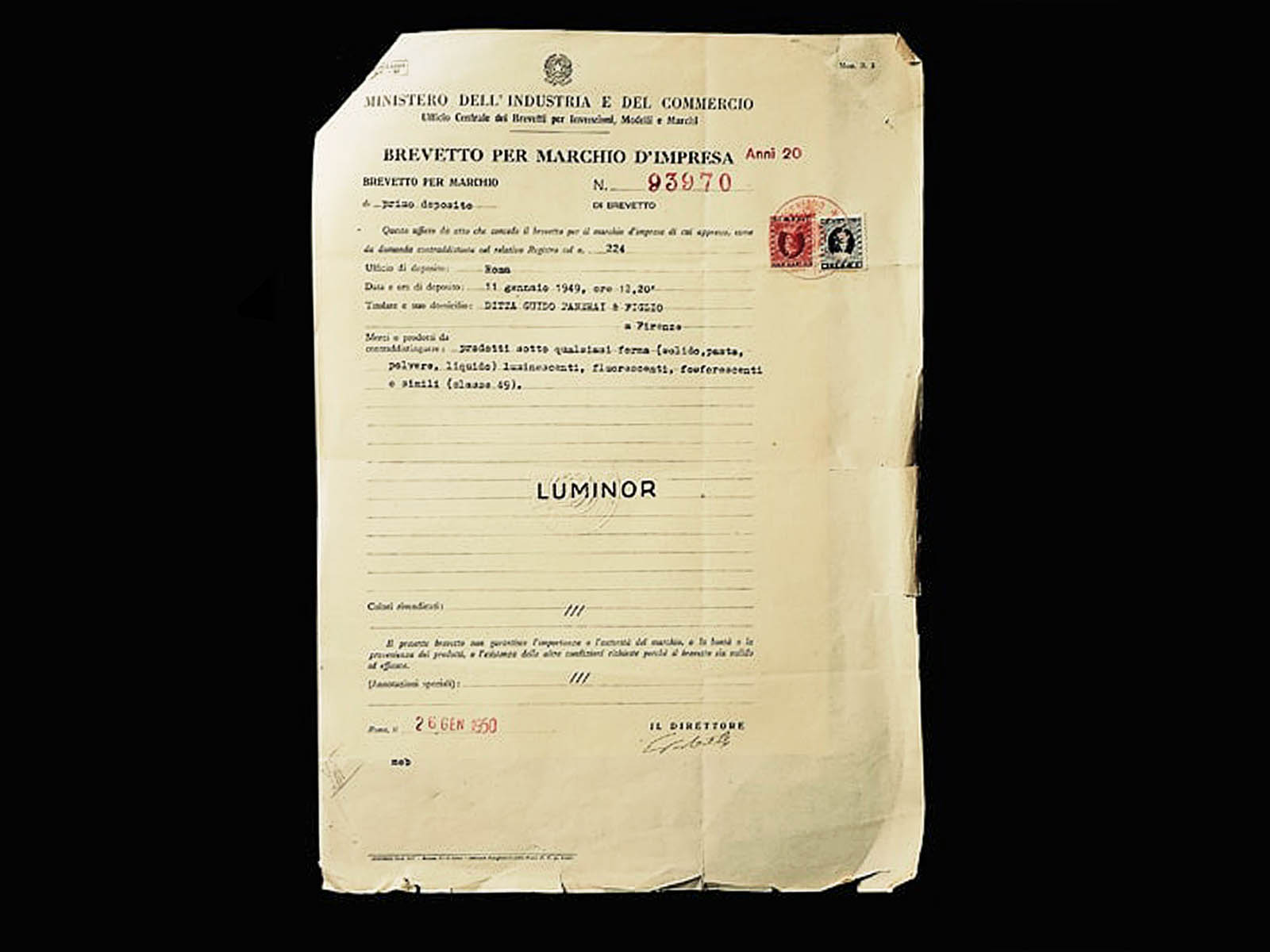 The transformation of Radiomir into Luminor was completed in 1950. The case, which featured a crown guard device, solid lugs and a wider bezel, is known as the Luminor 1950 today. 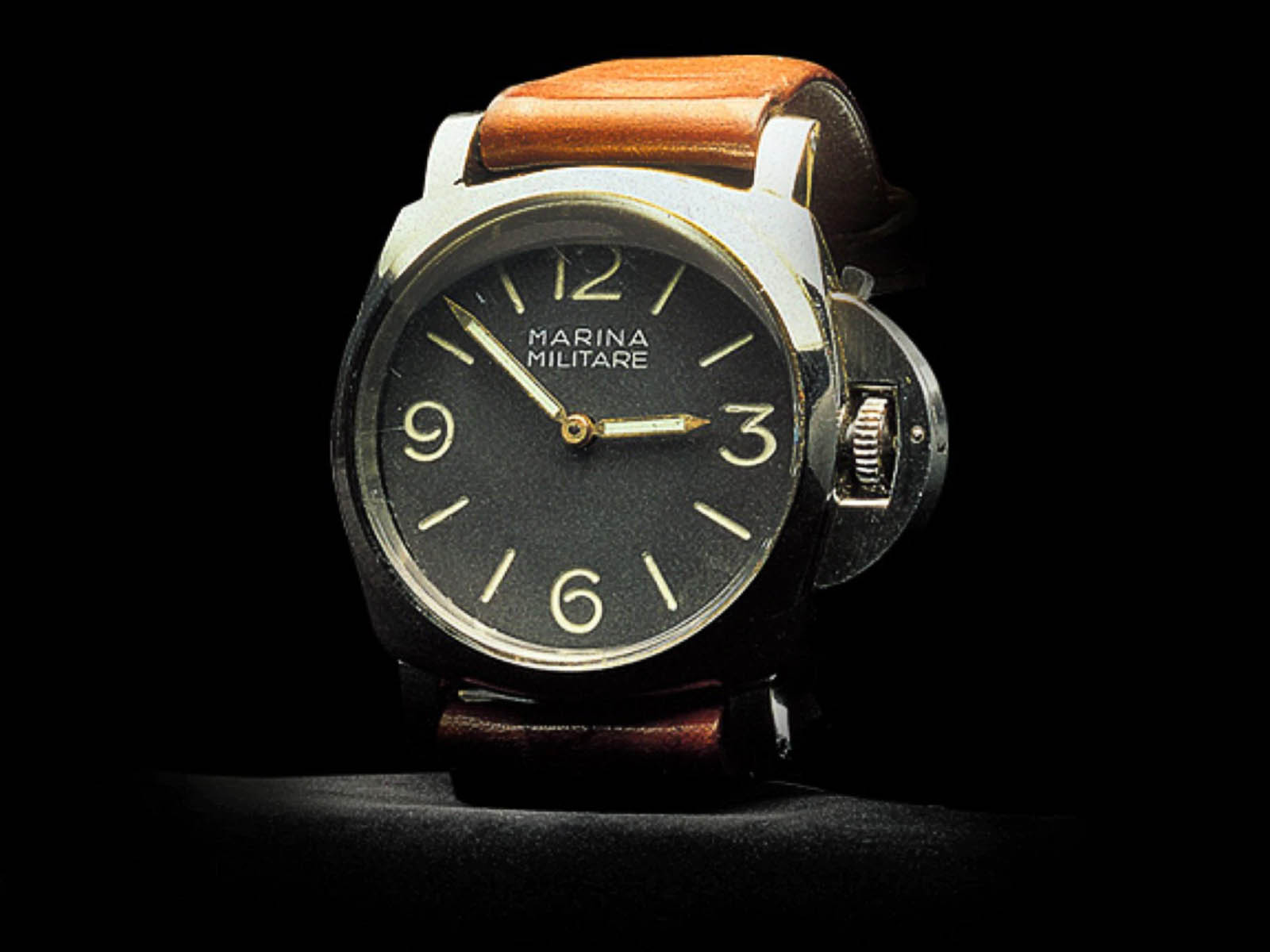 In 1972, Guido's son Giuseppe Panerai died. Together with the Italian Navy procurement contracts, which have been under military secrecy for a long time, the management of the family business is transferred to engineer Dino Zei, who changed the company name from P G. Panerai & Figlio to ‘Officine Panerai S.r.L.’. 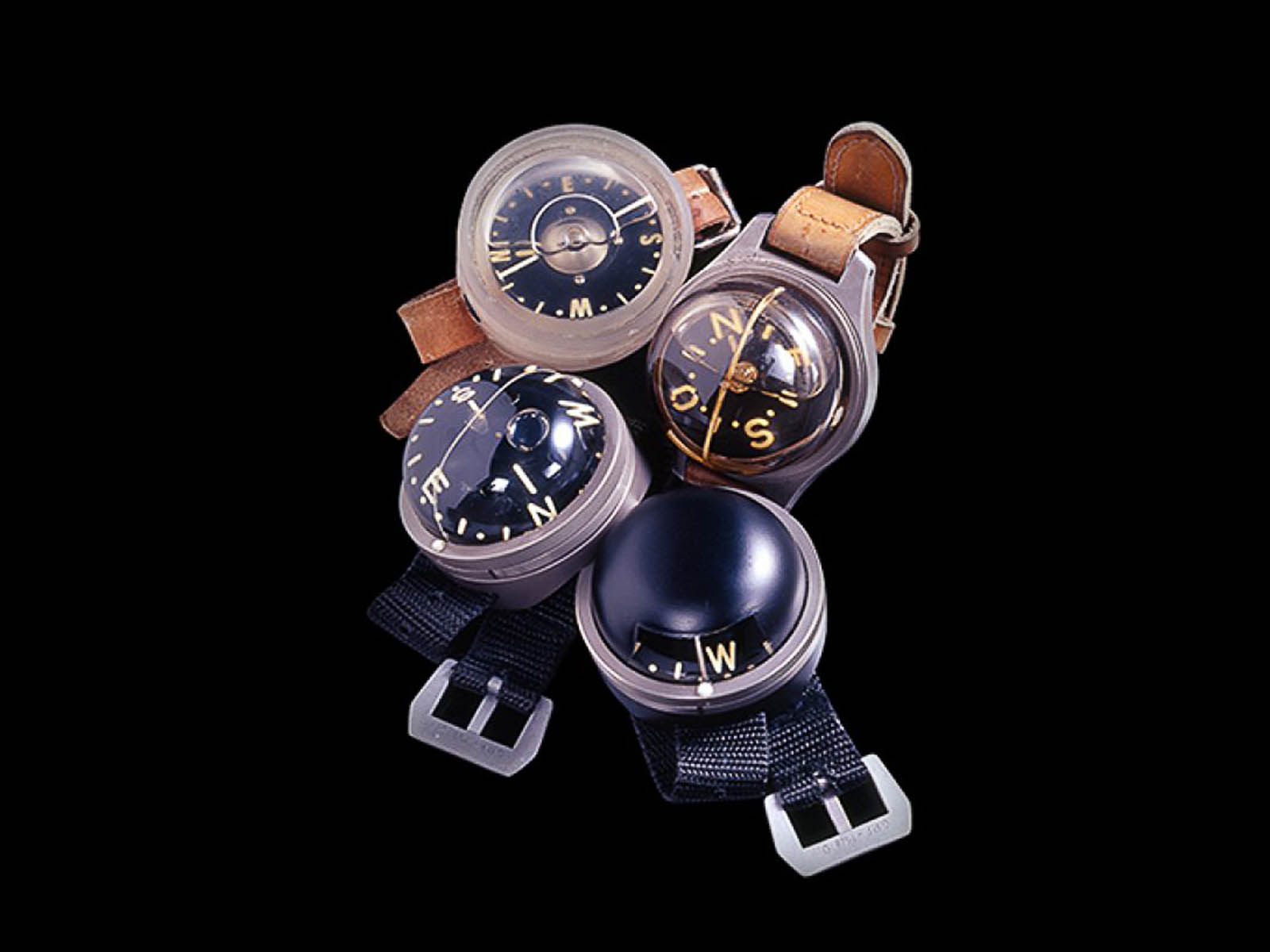 When the calendars showed in September 1993, Panerai appeared in a three-piece limited edition. These were; Luminor, Luminor Marina and the Mare Nostrum that were inspired by historical models created for World War II commandos. As you can imagine, the Mare Nostrum model attracted a great deal of attention. The watches were introduced at the Italian Navy cruiser and ‘Durand De La Penne’ with the participation of Duke Amedeo D’Aosta. 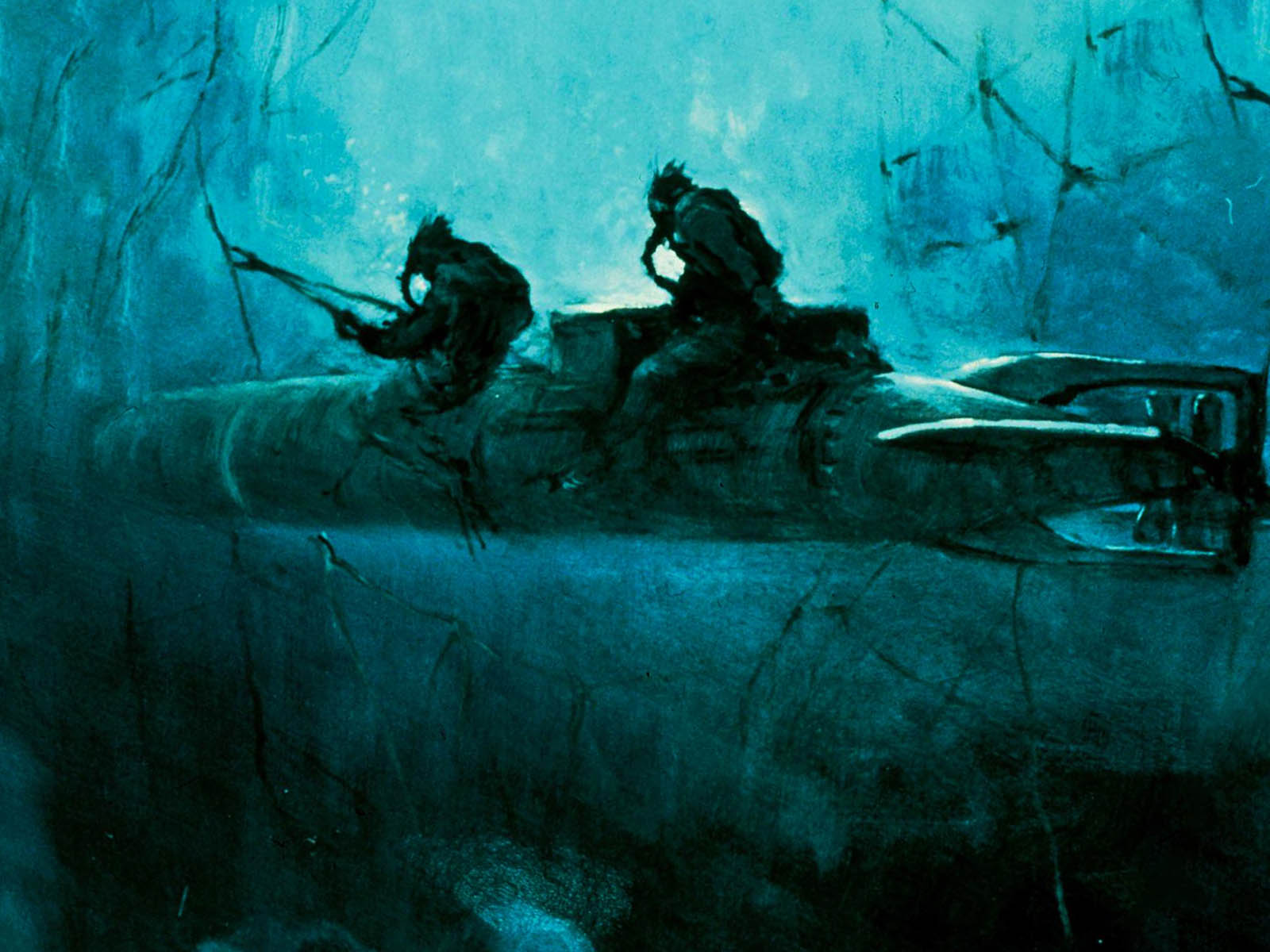 When it comes to Panerai, there is a very important actor in its history: Sylvester Stallone. The actor walked in to the brand's boutique in Italy while filming the blockbuster Daylight and the Luminor models attracted his attention. Stallone, who was not content with buying a watch for himself only, ordered more watches with ‘Slytech’ text on the dial and his signature engraved on the case backs. With the introduction of Daylight in 1996, the Italian brand experienced a huge boom, and thus began to be recognized in America. Sylvester Stallone giving Panerais to his close friends like Arnold Schwarzenegger and some other celebrities of Hollywood, further enhanced the brand's reputation. 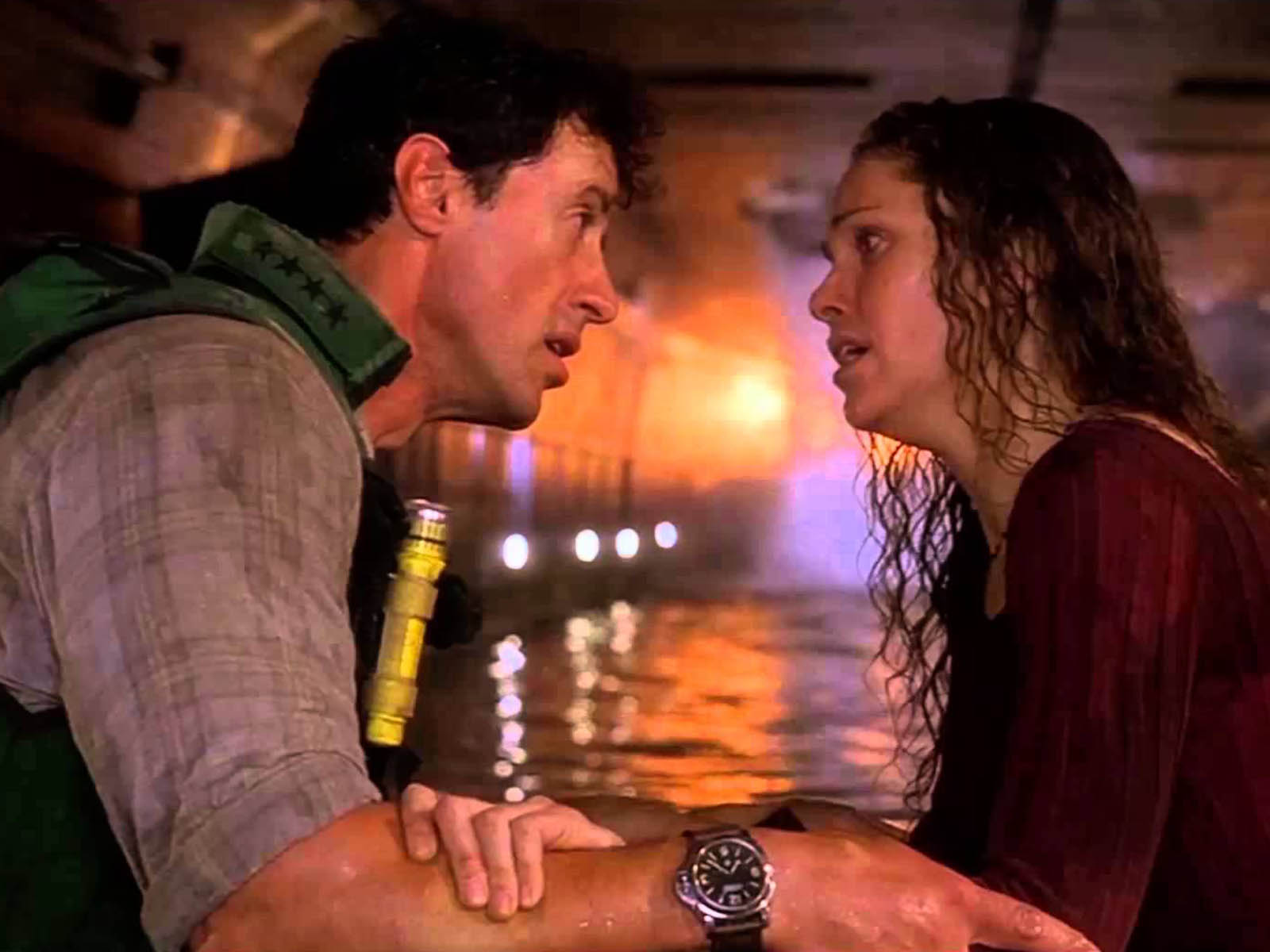 The brand, which was acquired by the Richemont Group (then Vendôme Group) in 1997, reopened its historic boutique in Piazza San Giovanni in 2001. In 2005, the brands introduced its first ‘in-house’ movement P.2002 and becomes officially a manufacturer. 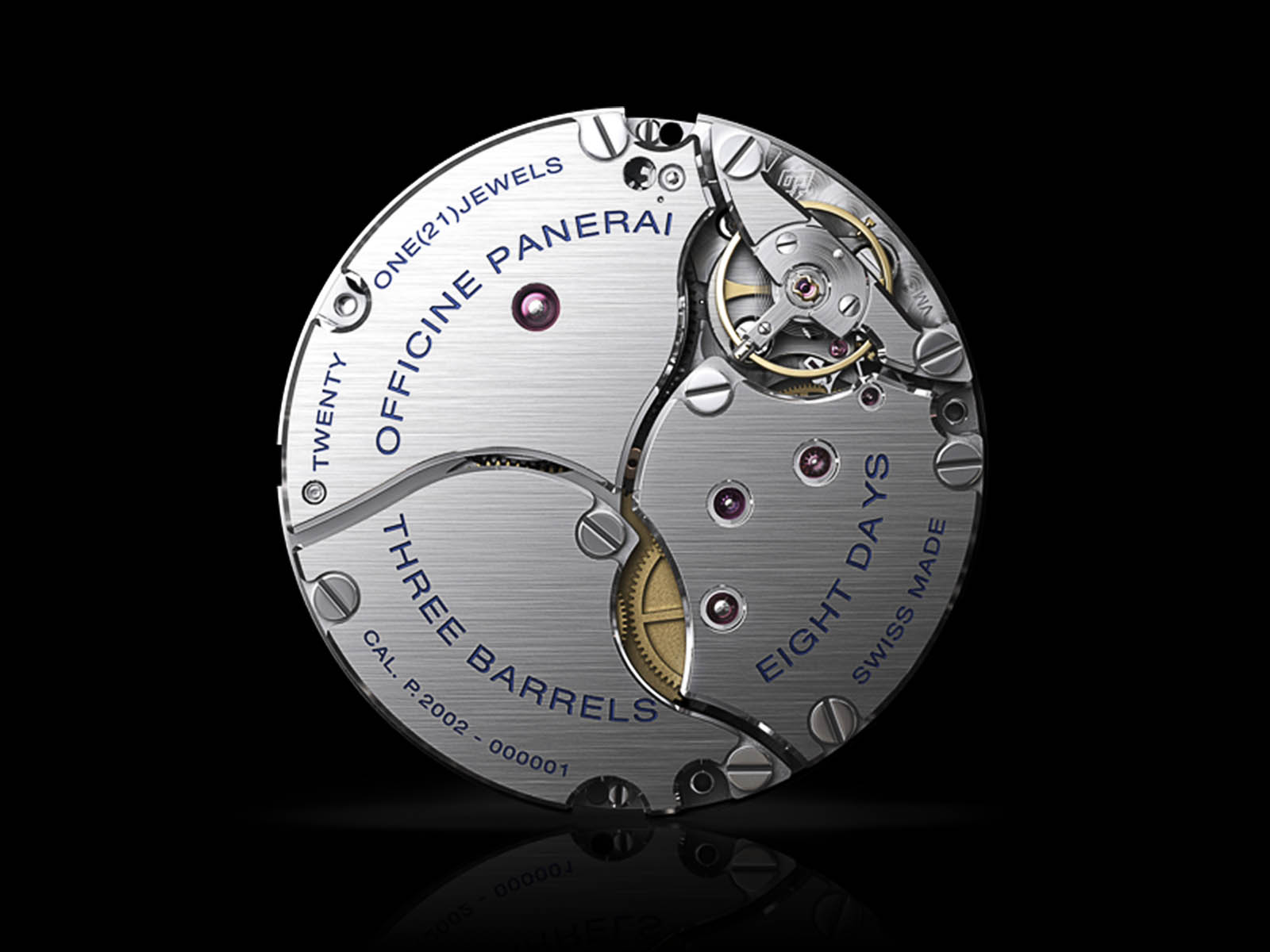