Greubel Forsey QP Équation Millesimé Edition is a real work of art consisting of 624 separate pieces, offering three different design details patented to the brand and collecting two important inventions under one roof. The new model combines of the oldest complications of traditional watchmaking the perpetual calendar feature with the equation of time, another extremely important complication. 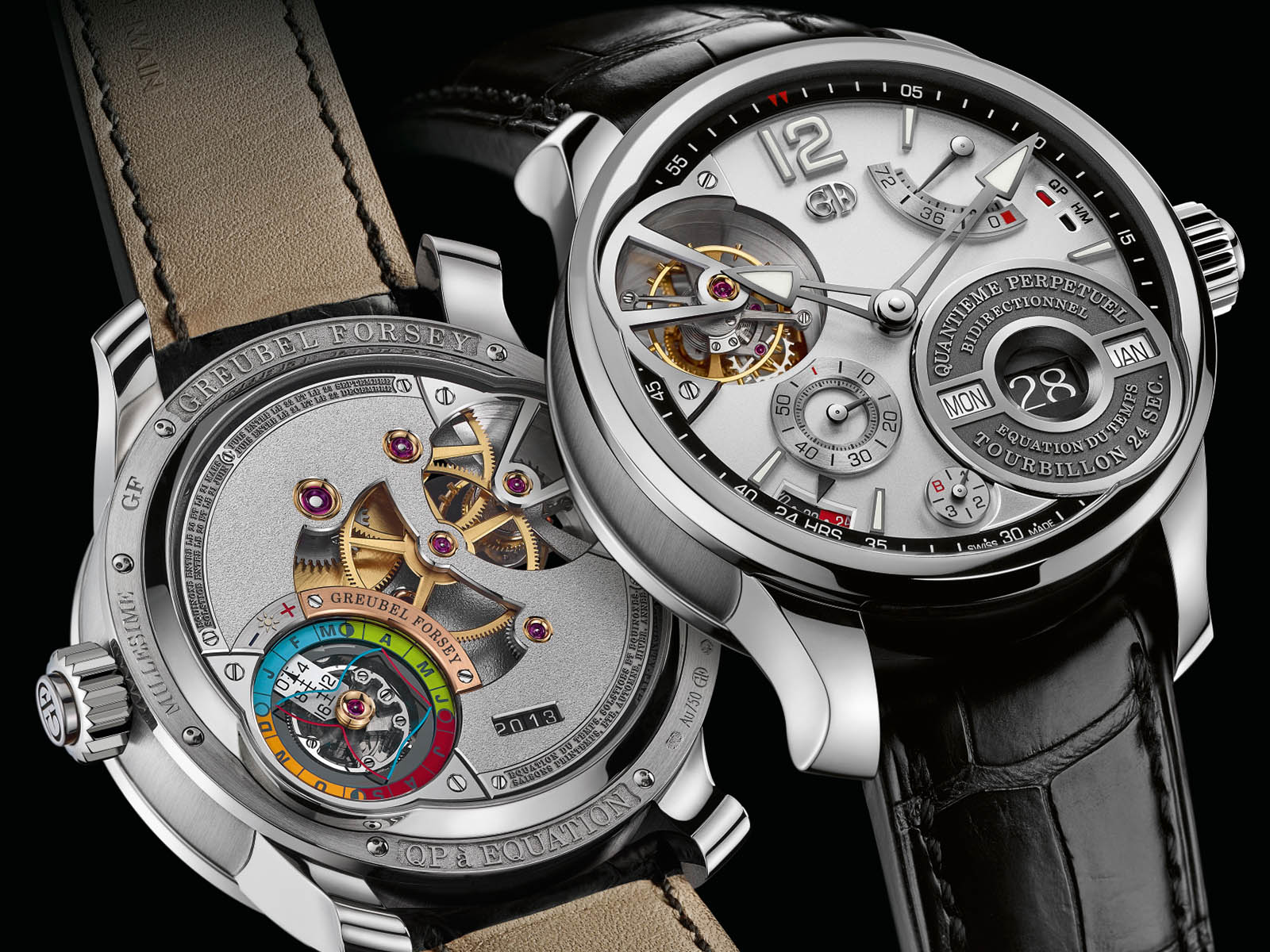 After this introduction I feel like you are saying "just another hard to use ultra-complication" in your head. However, despite all its aesthetics, this magnificent model actually offers a very user-friendly design. Like a single winding crown for all the functions, for instance...

The model’s interpretation of the perpetual calendar feature with a new point of view offers different functions and indicators in addition to the equation of time complication involved. The day, the date and the month are read from three different indicators placed at the 3 o’clock side vertically. The preferred large-font disc for the date function allows you to read the info clearly and quickly, while separating the function from the others which are also related to calendar. In addition to the calendar functions, all the features of the model, including the year and 12/24 hour display, can be controlled with a single winding crown. 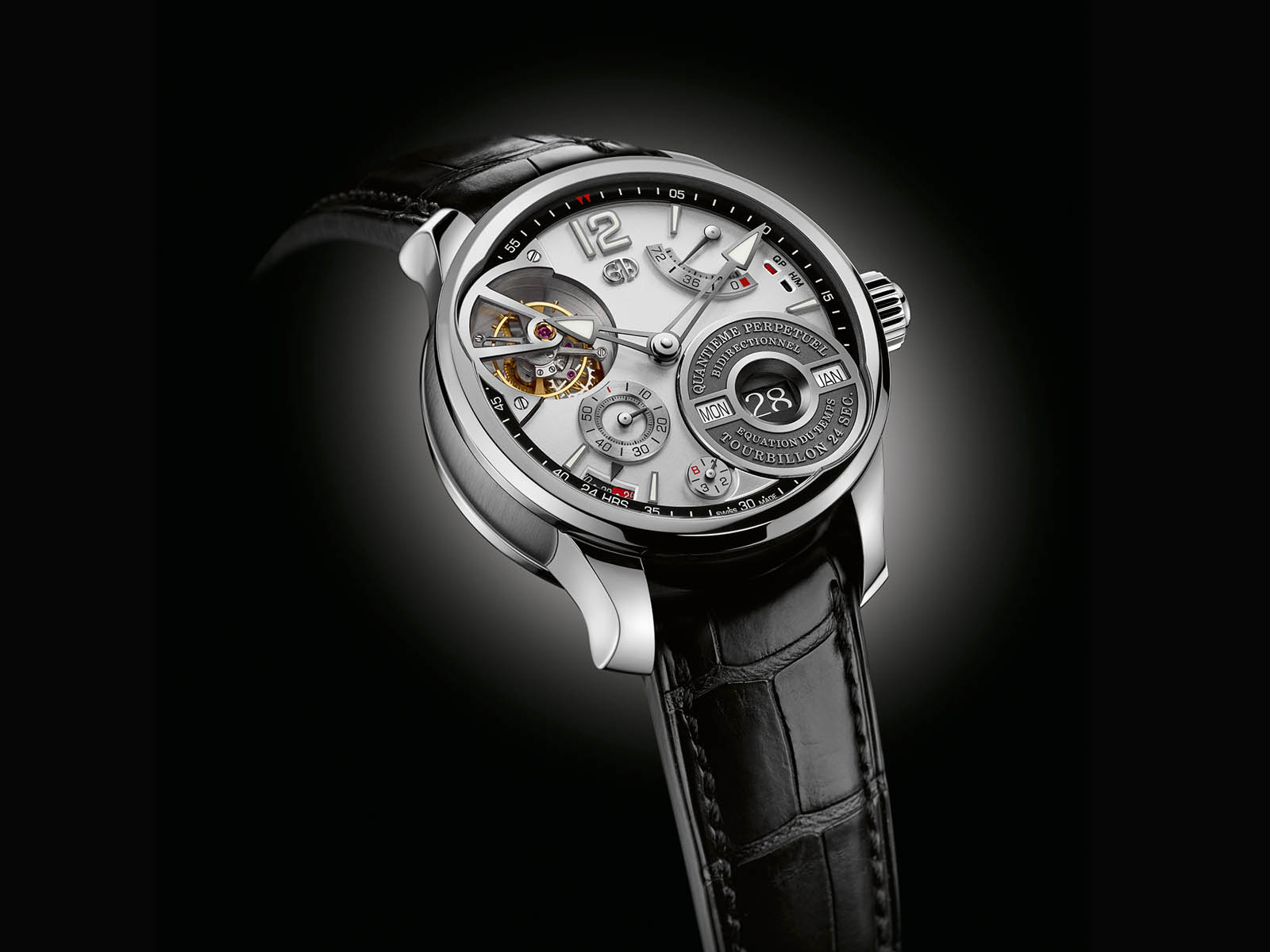 The part of the new model, called the "mechanical computer", lies at the heart of the movement. This twenty-five component assembly works with cams which are coded with the information required for the functions to operate. These cams are put together coaxially, with moving micro-levers to display the information. The Mechanical Computer also directly drives a system of sapphire disks that displays the equation of time, i.e. the difference between the true solar time and civil time. 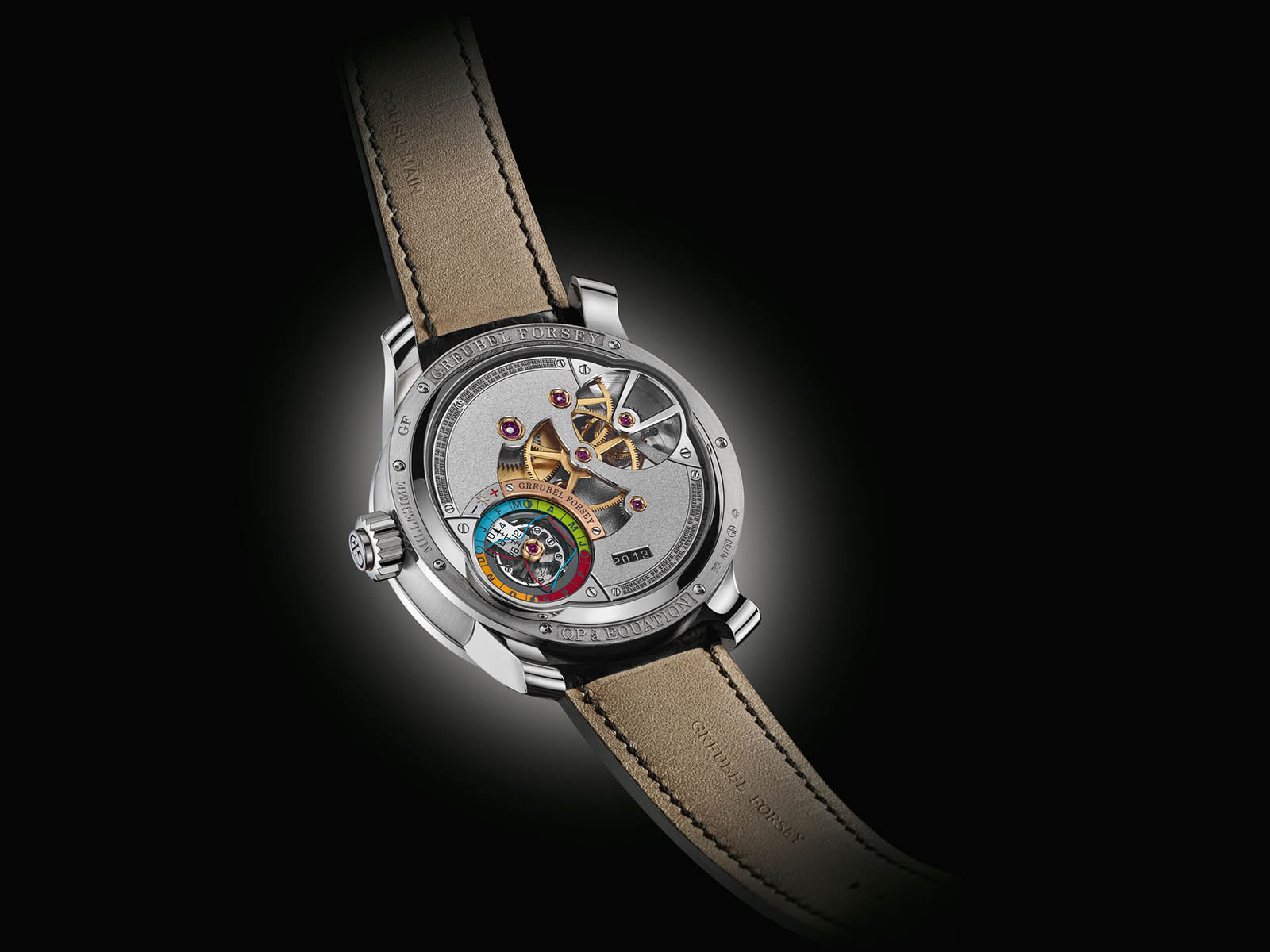 As I mentioned before, this is a masterpiece. And one of the best reasons for that is it’s both faces that are actively involved for displaying tasks. Well, we have seen power reserve indicators on the read side of the movements but, I am sure that none of us came across a timepiece displaying the equation of time with the months, seasons, solstices and equinoxes, as well as the calendar year on its rear side.

The model, which has active dials on both sides, hosts a total of fifteen different functions. In addition to all these features, there is the Tourbillon inclined at 25° with a hi-speed 24 second rotation. This fast rotation and the inclined angle are designed to reduce the negative effects of gravity on the movement.

Greubel Forsey QP à Équation Millesimé Edition, which is powered with a hand-wound in-house movement with 72h power reserve, comes in an 18K white gold case measuring 43.5mm in diameter and 16mm in height. Offered on a black crocodile alligator strap secured with an 18K white gold folding clasp, the MSRP of the model is CHF 670’000. 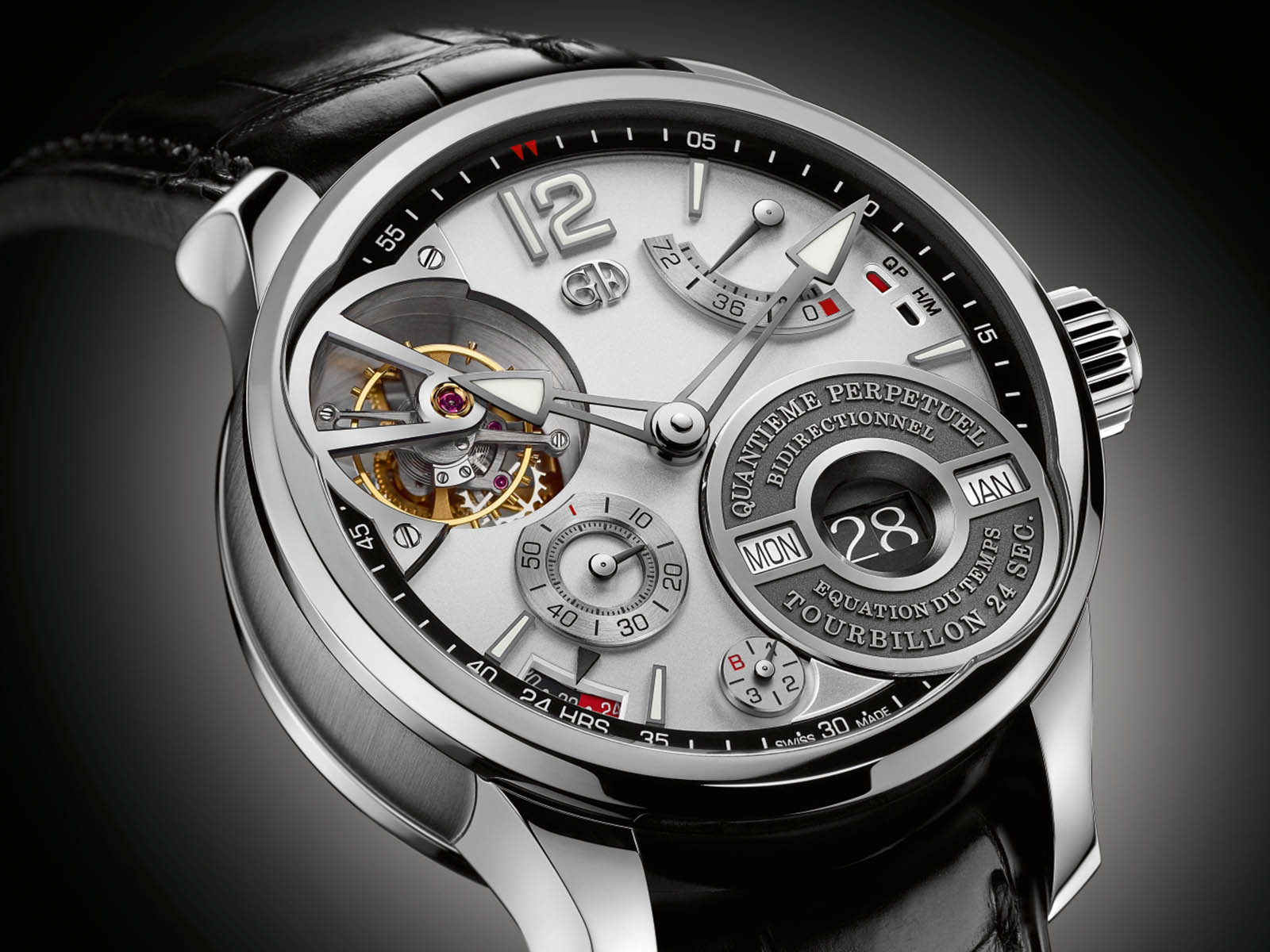