H. Moser & Cie, managed to remain on the agenda once again with its latest version of its Swiss Alp Watch model which was released last year. 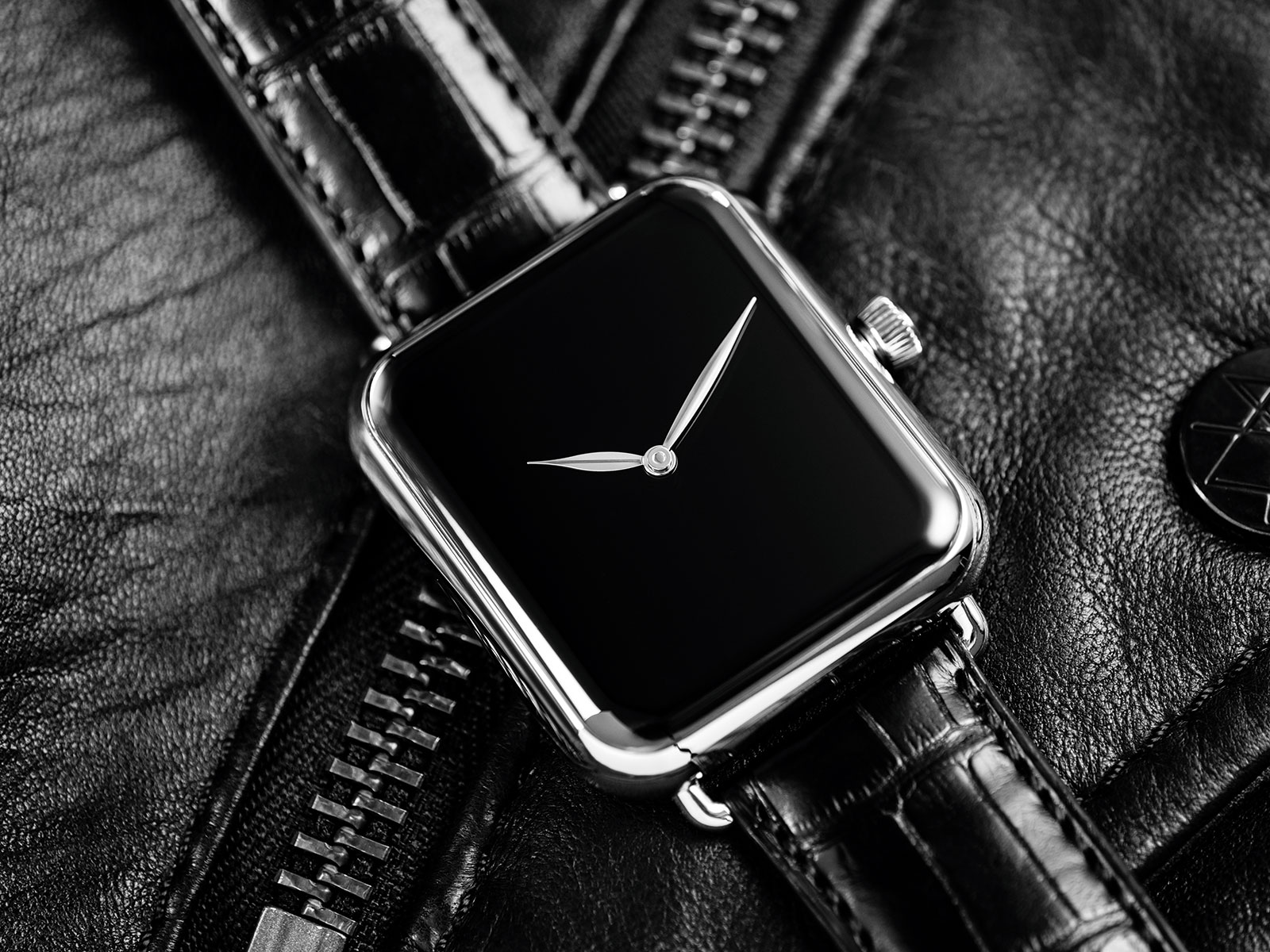 H. Moser & Cie., which stands out with its criticisms about the current definition of the Swiss Made label and extra ordinary products referring to this topic, introduced the new version of its Swiss Alp Watch model called "Zzzz". 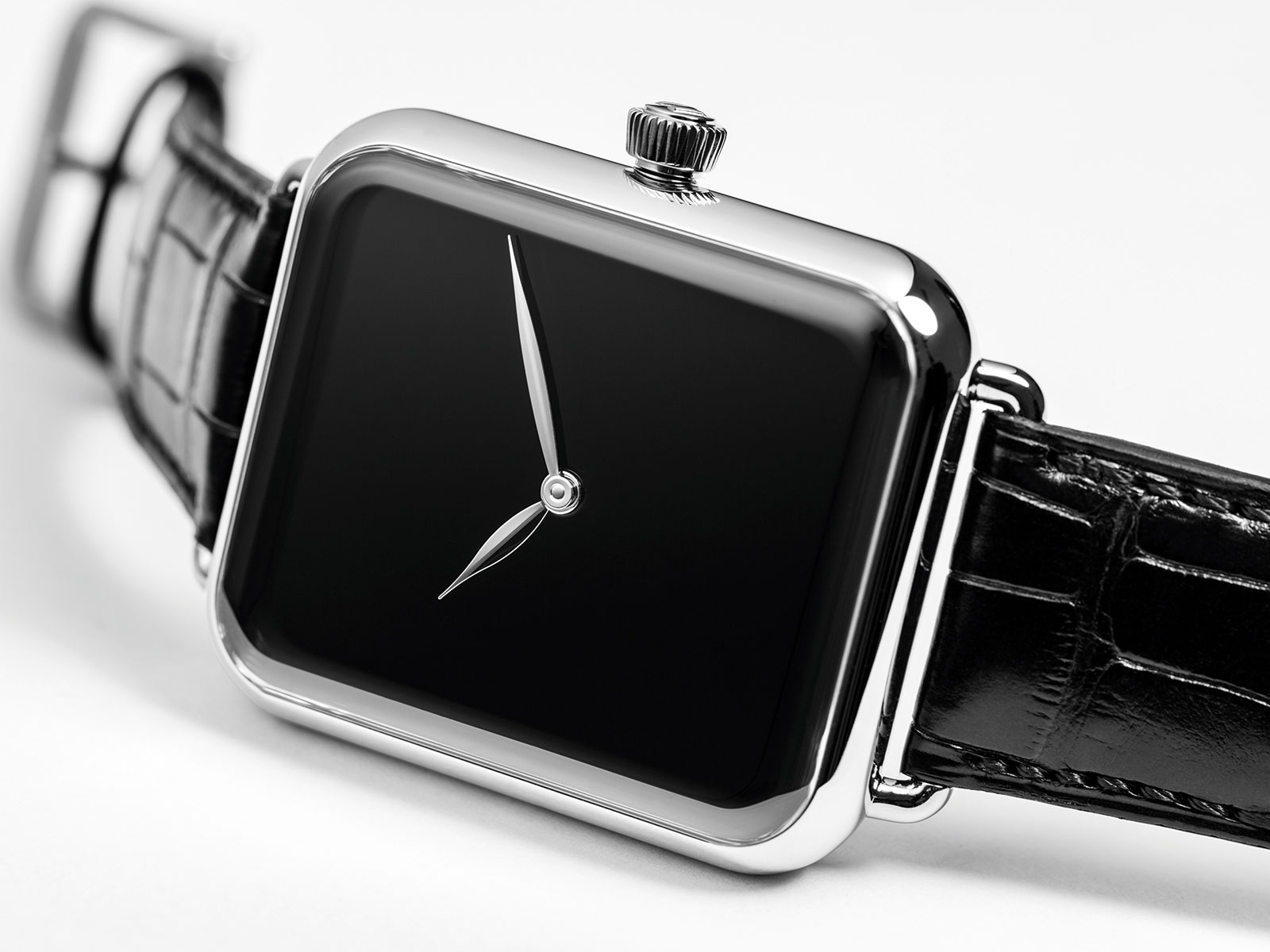 The new version is designed on the same platform with the last year’s Swiss Alp Watch which was visually similar to the world’s best selling smartwatch Apple Watch. Zzzz draws attention with its simple designed dial options inspired by the Moser Concept Collection and humorous teasing as the black dial version bears a striking resemblance to the Apple Watch in standby mode. 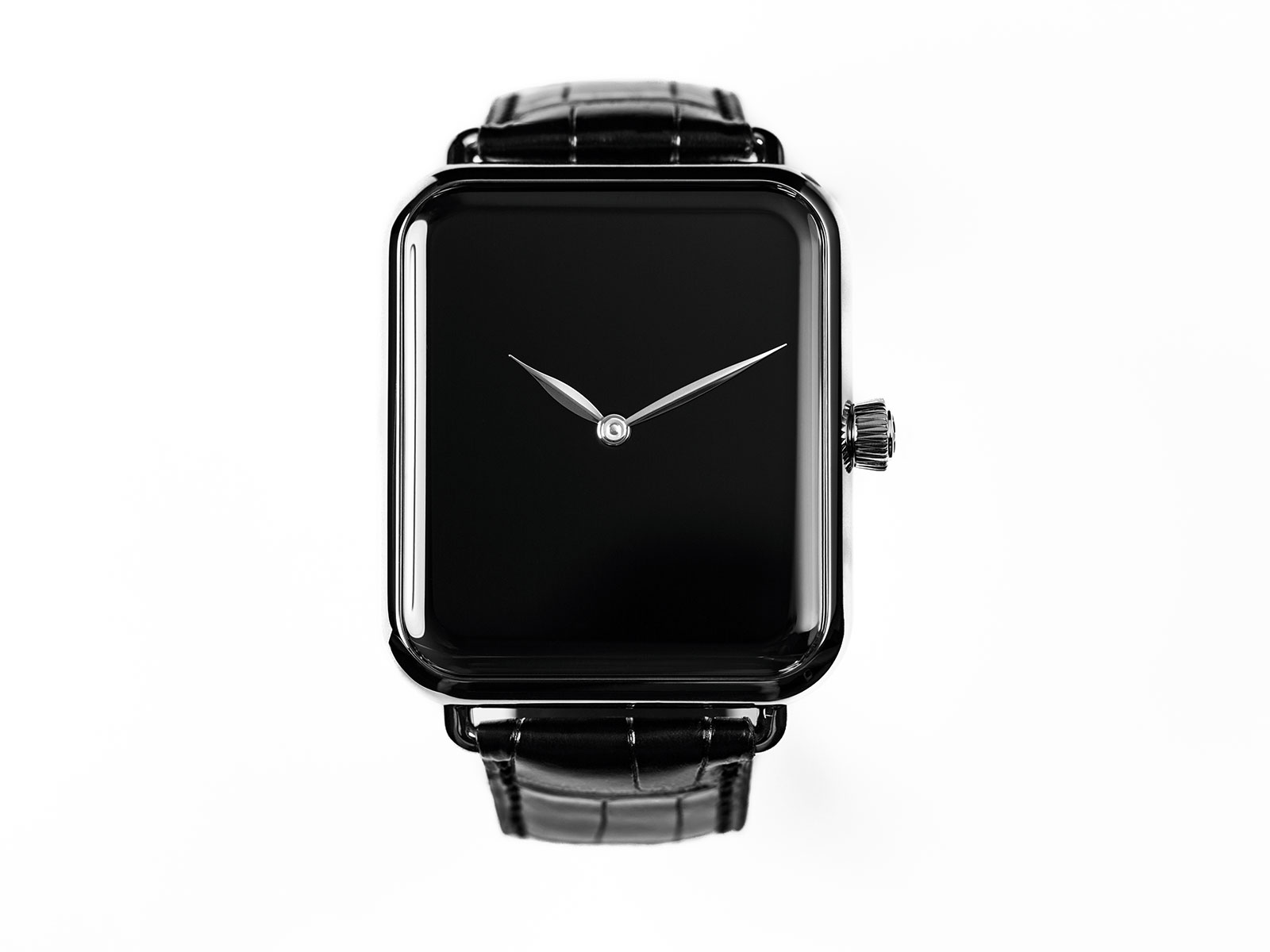 There are two versions of the new model. The first one has a black-colored dial (Ref 5324-0207) which obviously the version that looks exactly like an Apple Watch in standby mode. The other model comes with a bright blue dial that reflects the funky spirit of the 70s (Ref 5324-0208). 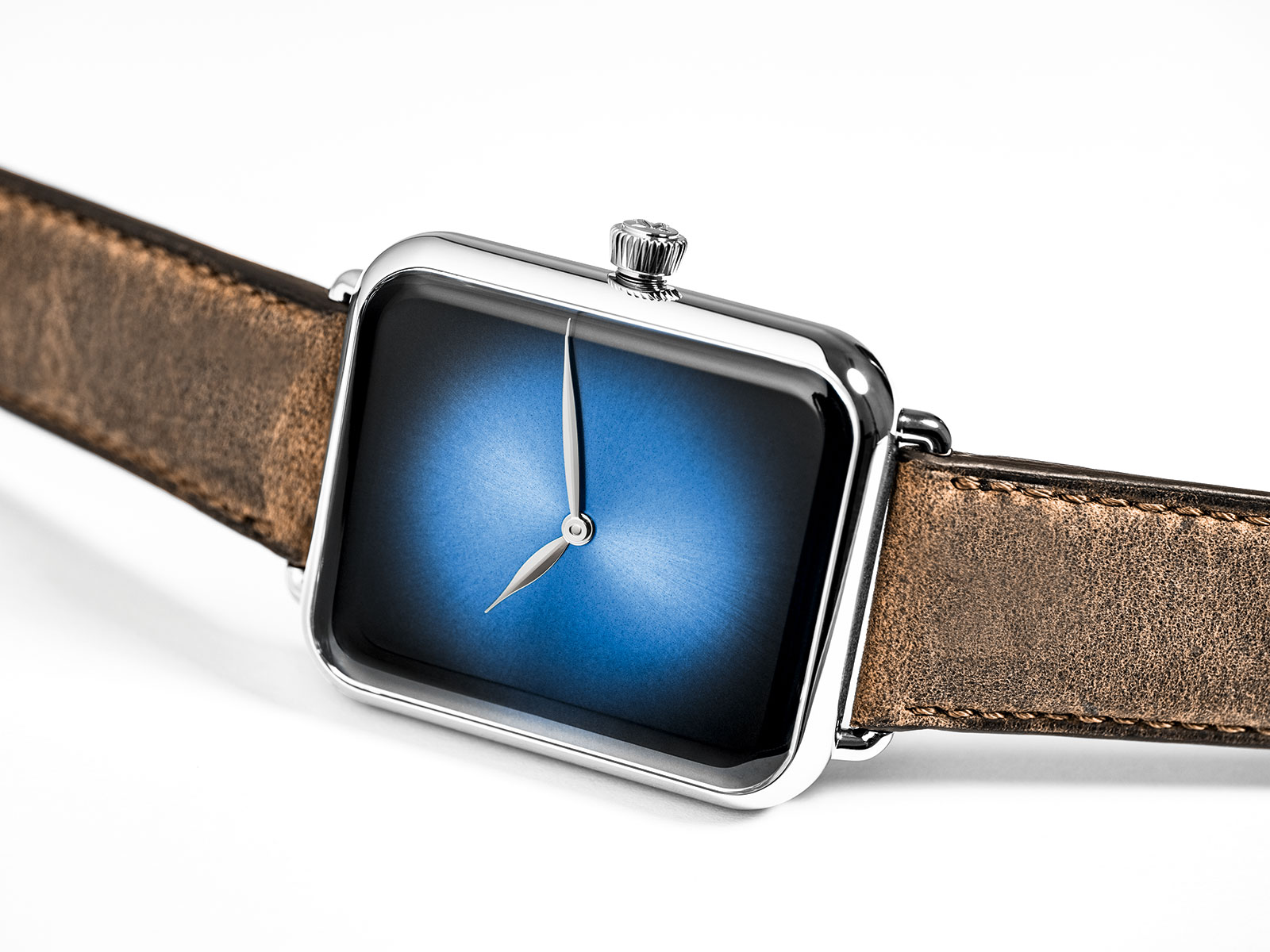 The new model is powered by the brand’s in-house Caliber Ref. HMC324. Being the brand’s hi-end hand wound two hander, the movement offers an impressive power reserve of four days when fully wound. The movement also features the H.Moser & Cie.’s patented interchangeable escapement system. The system is modular designed and equipped with pallet fork and escapement wheel parts made of hardened solid gold for durability. 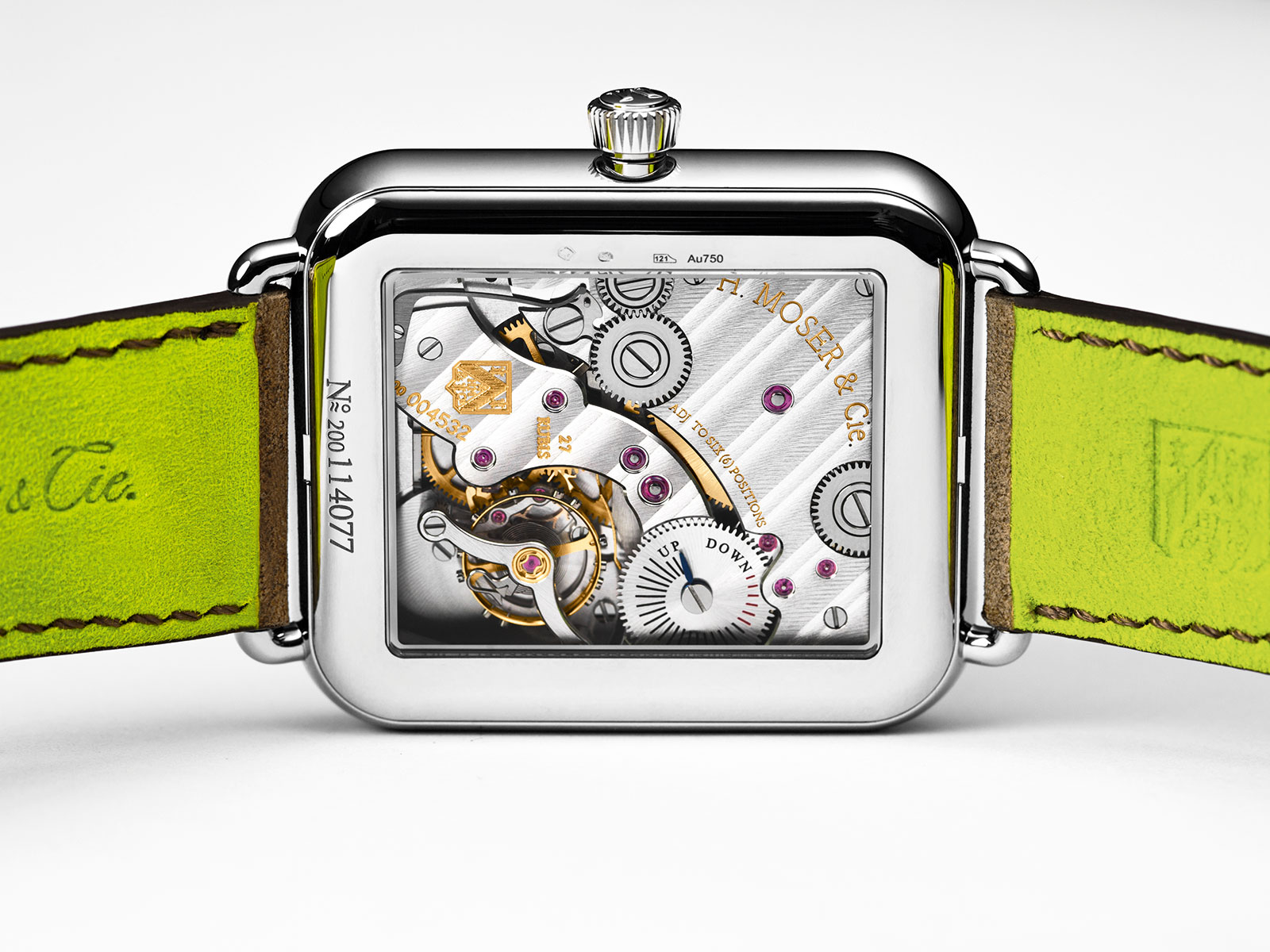 Versions with a limited production of 20 units per each are accompanied by black crocodile or aged brown calf leather straps. The straps are secured by tang buckles made of 18K white gold. The new model is priced at US $ 26,900 (USA list).