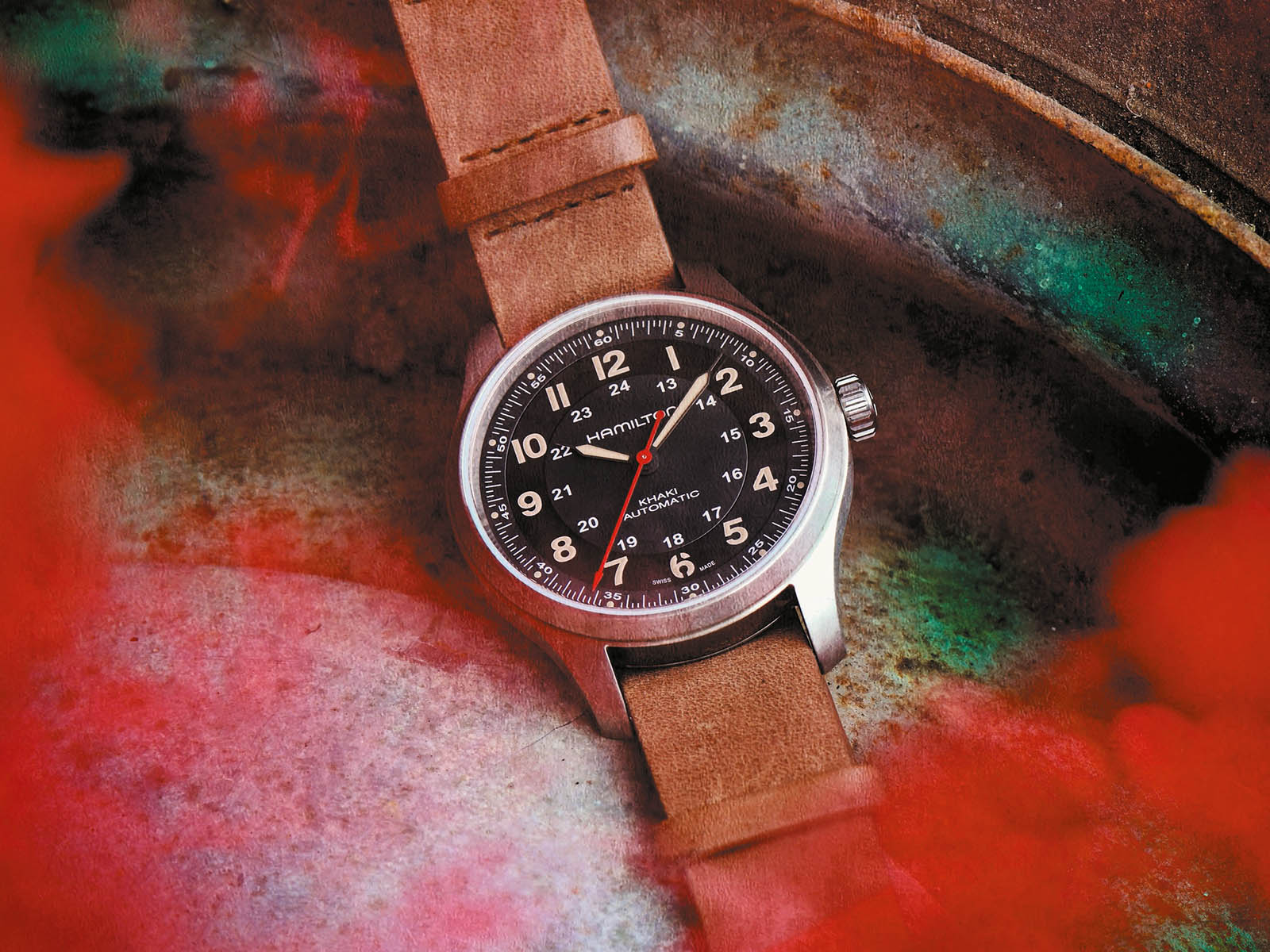 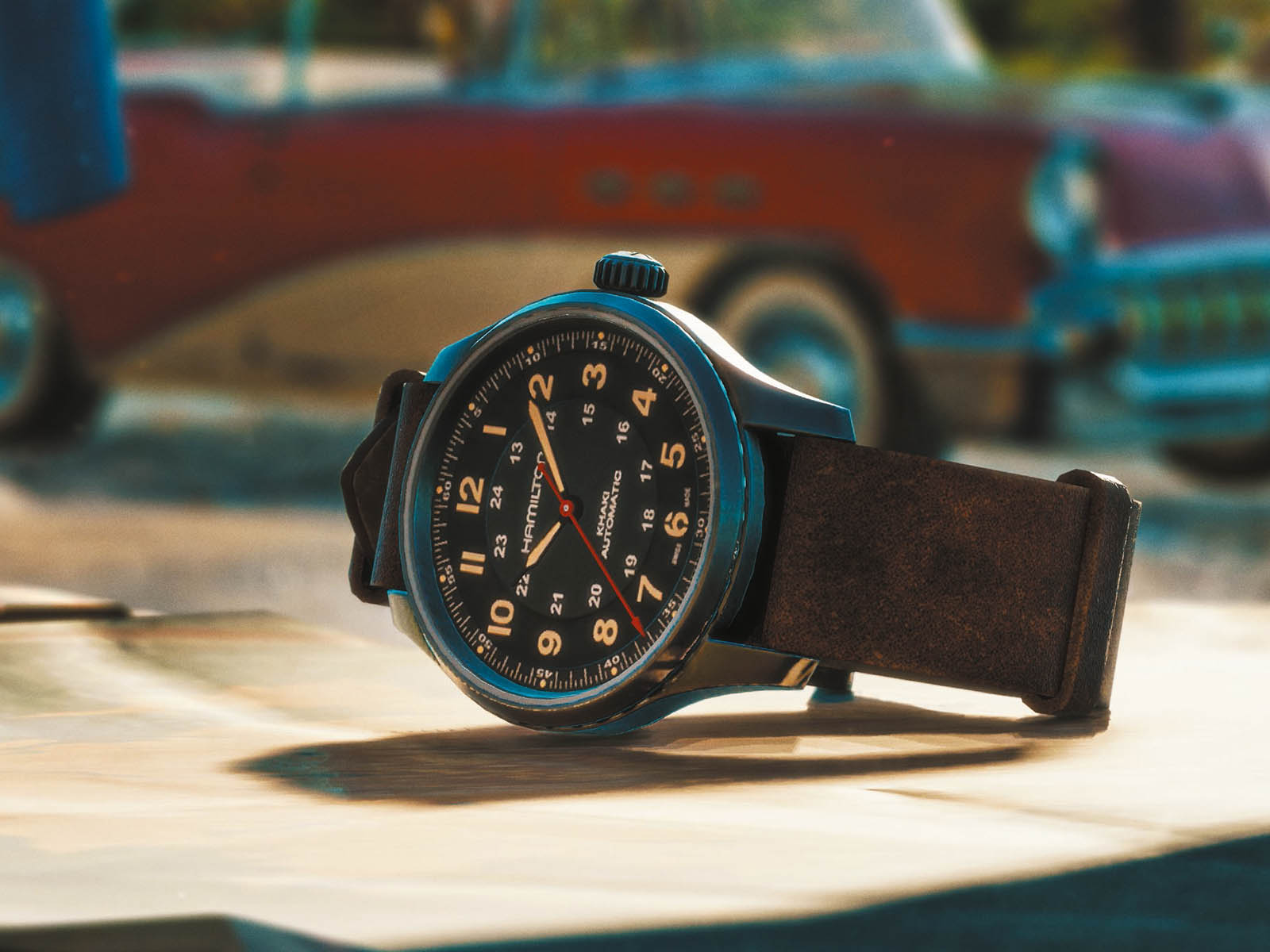 The American-origin Swiss brand is among the unique names of the watch world with its experience on the silver screen, as well as its wide product range and models with a hard-to-reach price/performance ratio. The brand, which has appeared in more than 500 feature films including Elvis Presley's Blue Hawaii, Men In Black, Interstellar, and Tenet, brings this unique experience to the video game industry. The recently introduced limited edition model is designed exclusively for Far Cry 6, one of the most popular video games of recent times. 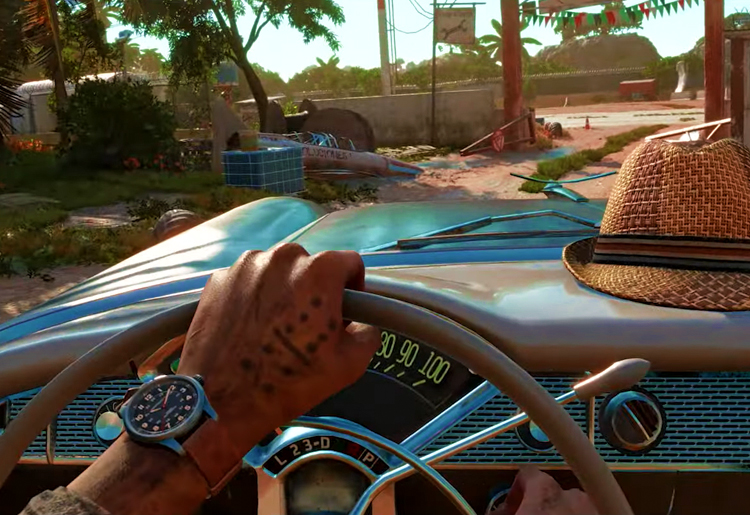 Before we move on to the model itself, let's talk a little bit about the video game. “Developed and published by Ubisoft, Far Cry 6 is a first-person shooter video game set in Yara, ruled by the cruel dictator Antón Castillo brought to life by actor Giancarlo Esposito. As Dani Rojas, players fight to free the nation from his rule, receiving the bespoke timepiece upon completion of a guerilla mission. 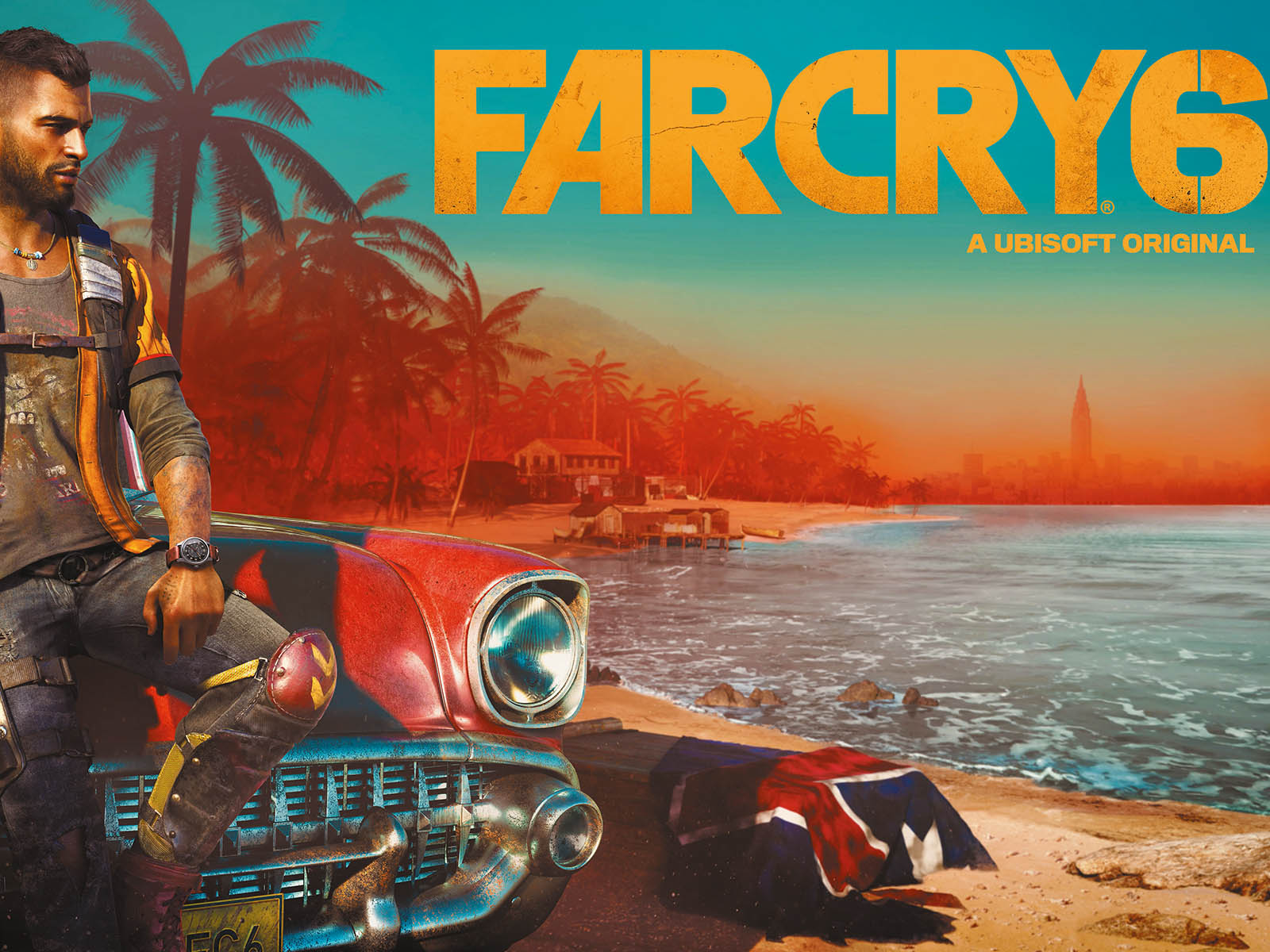 The real-life version of the watch, which plays an active role in the game, is limited to only 1983 pieces, referring to the year of action in the game. Based on the currently available Khaki Field Titanium Automatic, the limited edition differs from other members of the series with small touches that stand out, especially on the dial. 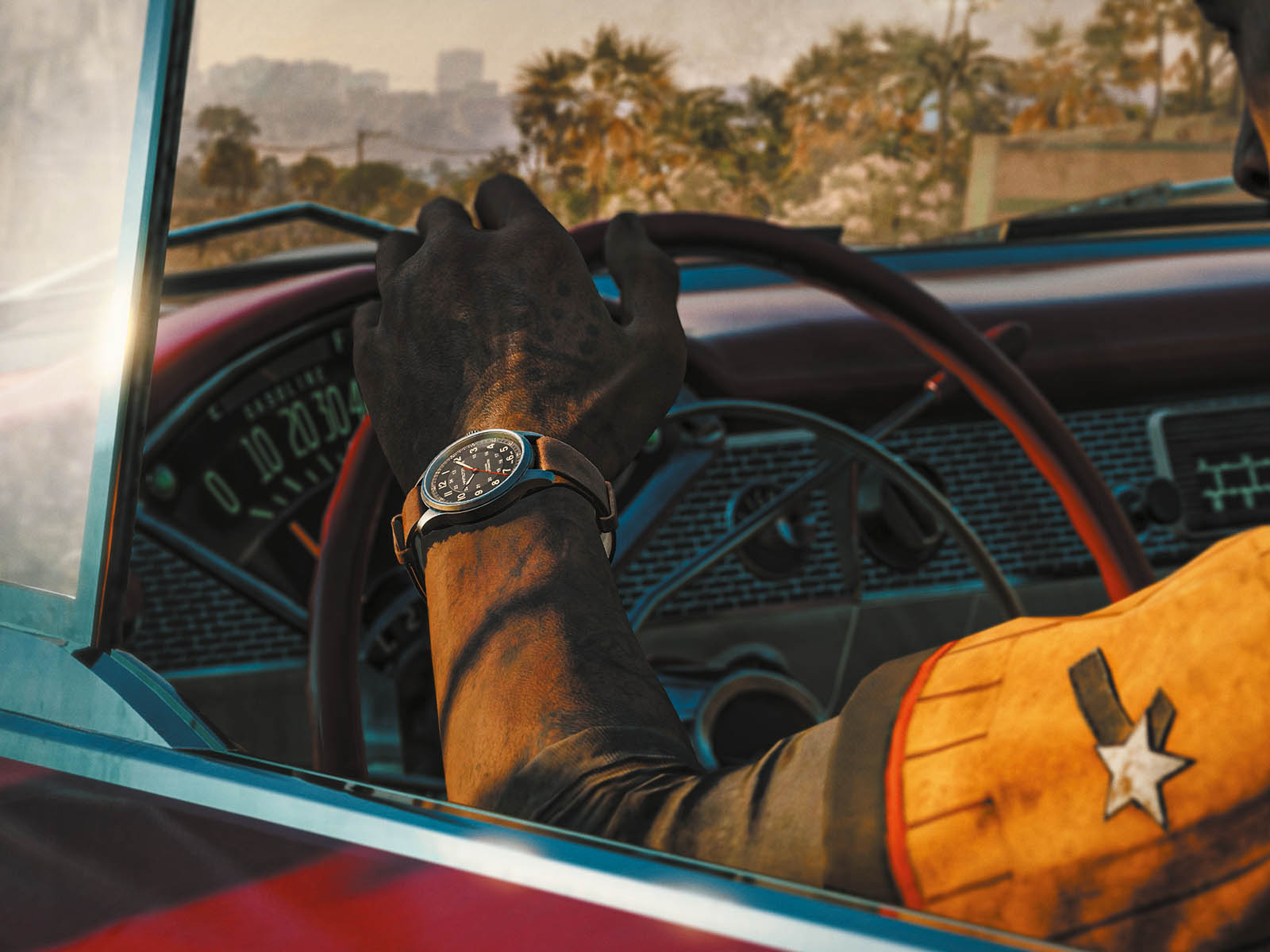 The new model comes with a Grade 2 titanium case measuring 42mm in diameter and 11.45mm in height. The matte-finished case, equipped with scratch-resistant sapphire crystal glasses on both sides, displays a stance in line with both the model's military past and its role in the game. Standing out with its tactical look, the case is waterproof up to 100 meters. 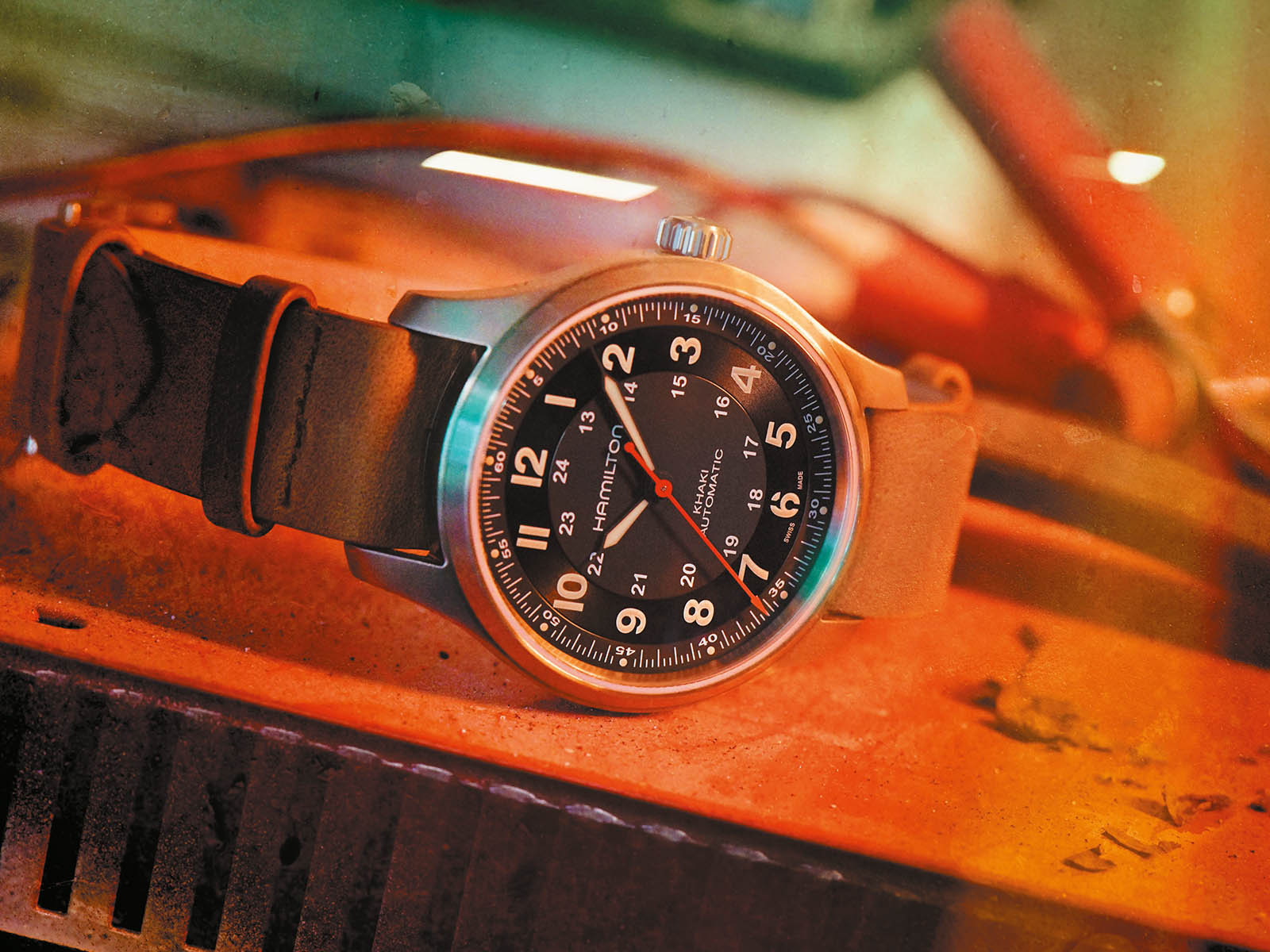 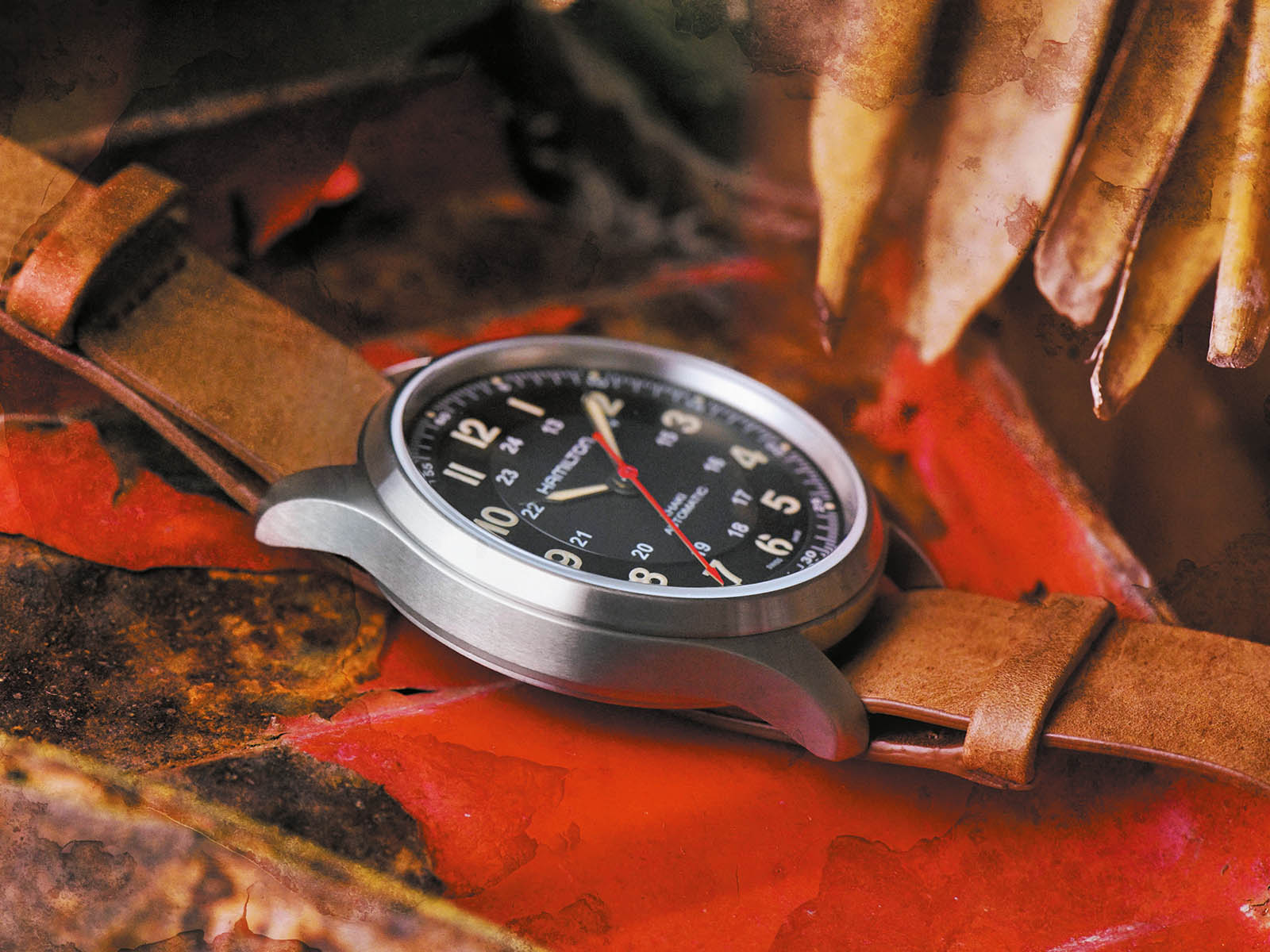 The dial, where model-specific details are gathered together, hosts large numeral indices and sword-style hands on a black background with the old radium look Super-LumiNOVA application. The vinyl-like surface form used in the ring with hour markers adds a sector dial look to the model. The red second hand and the 24-hour style markers closer to the center, emphasize the military and sporty character of the model. 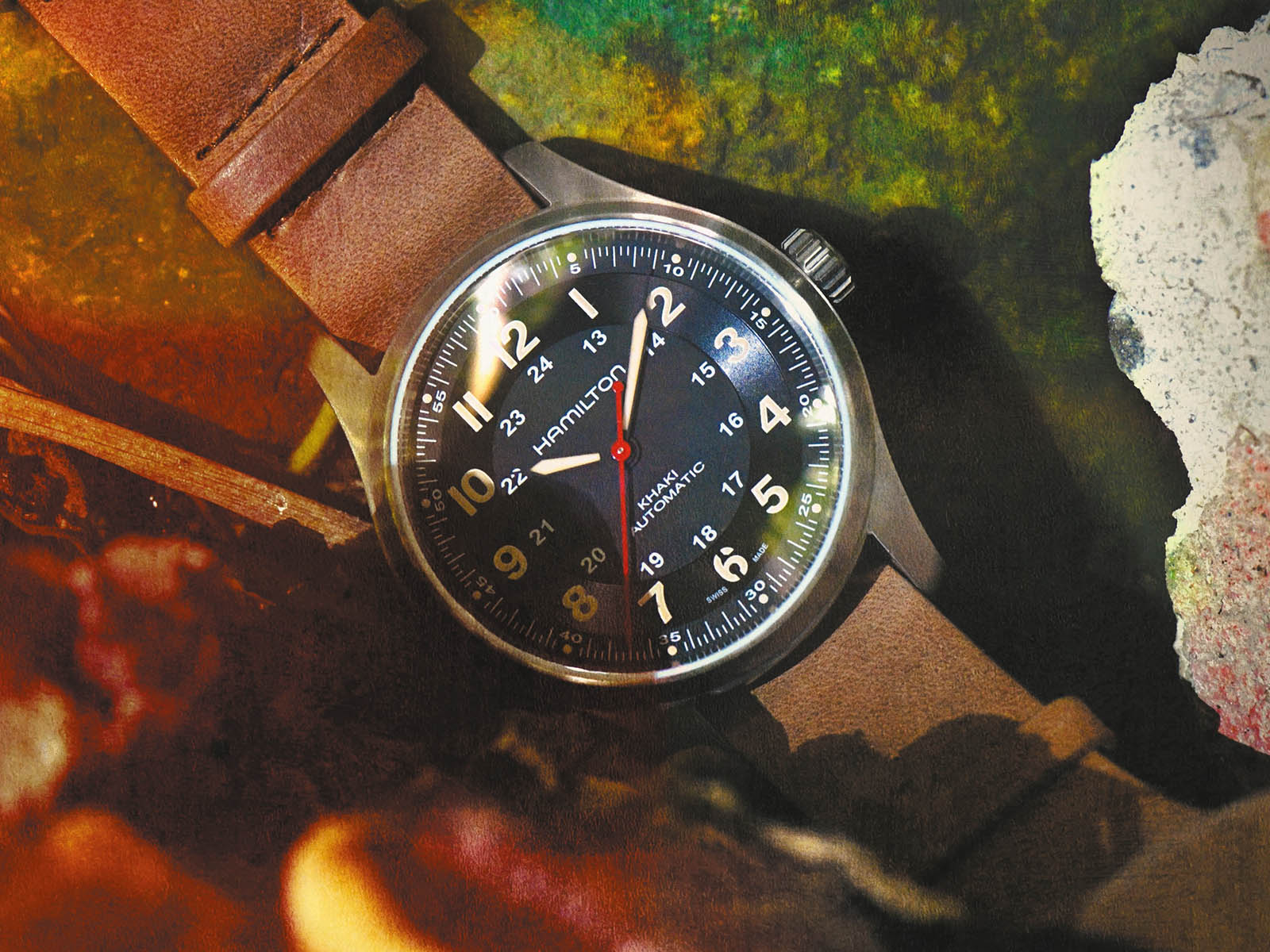 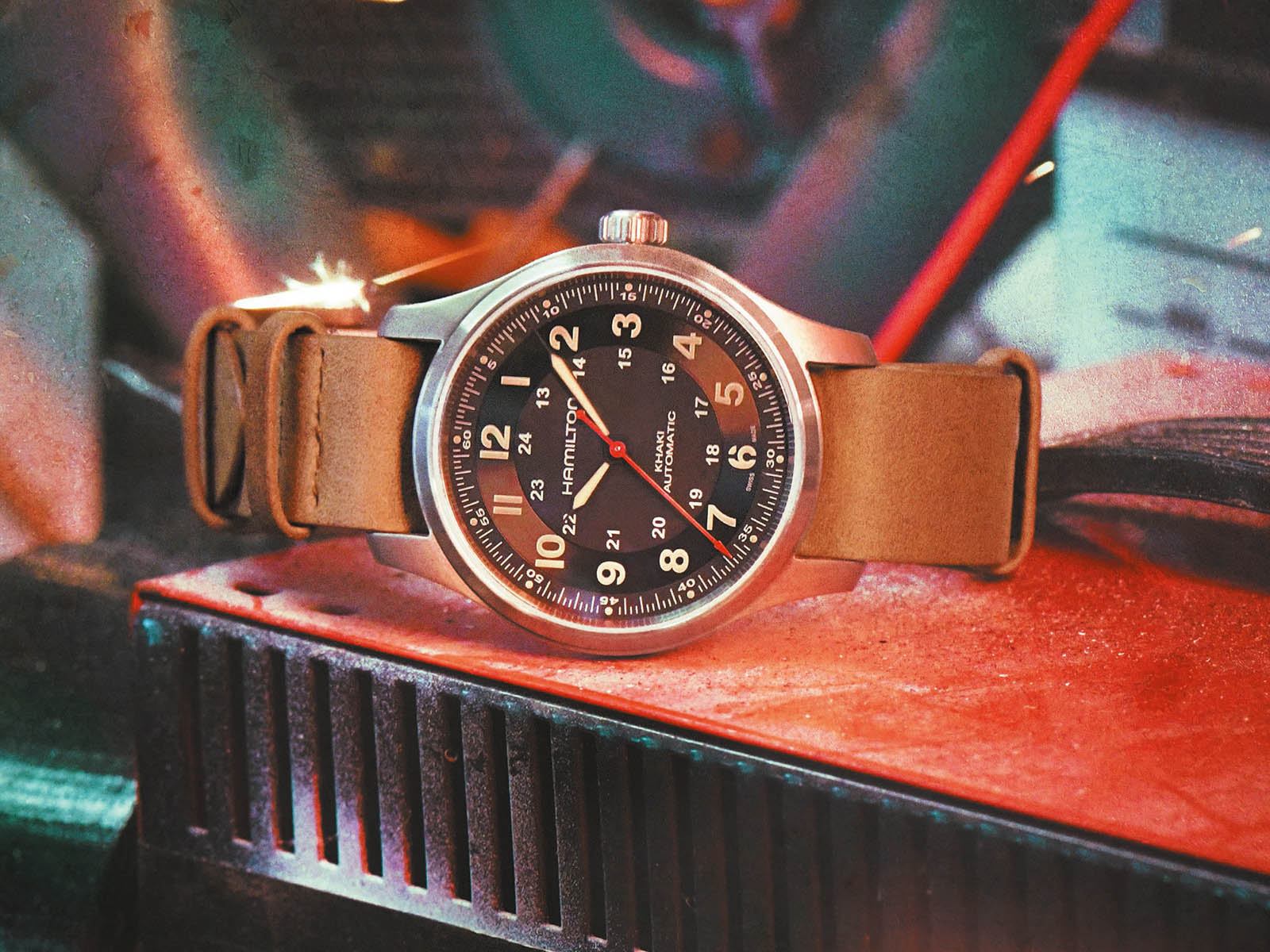 The new model beats with the Caliber H-10, developed within the Swatch Group. Designed on the Powermatic movement platform, the ETA-based movement redefines the standards in entry-level Swiss mechanicals with its anti-magnetic Nivachron balance spring, as well as 80 hours of power reserve when fully wound. 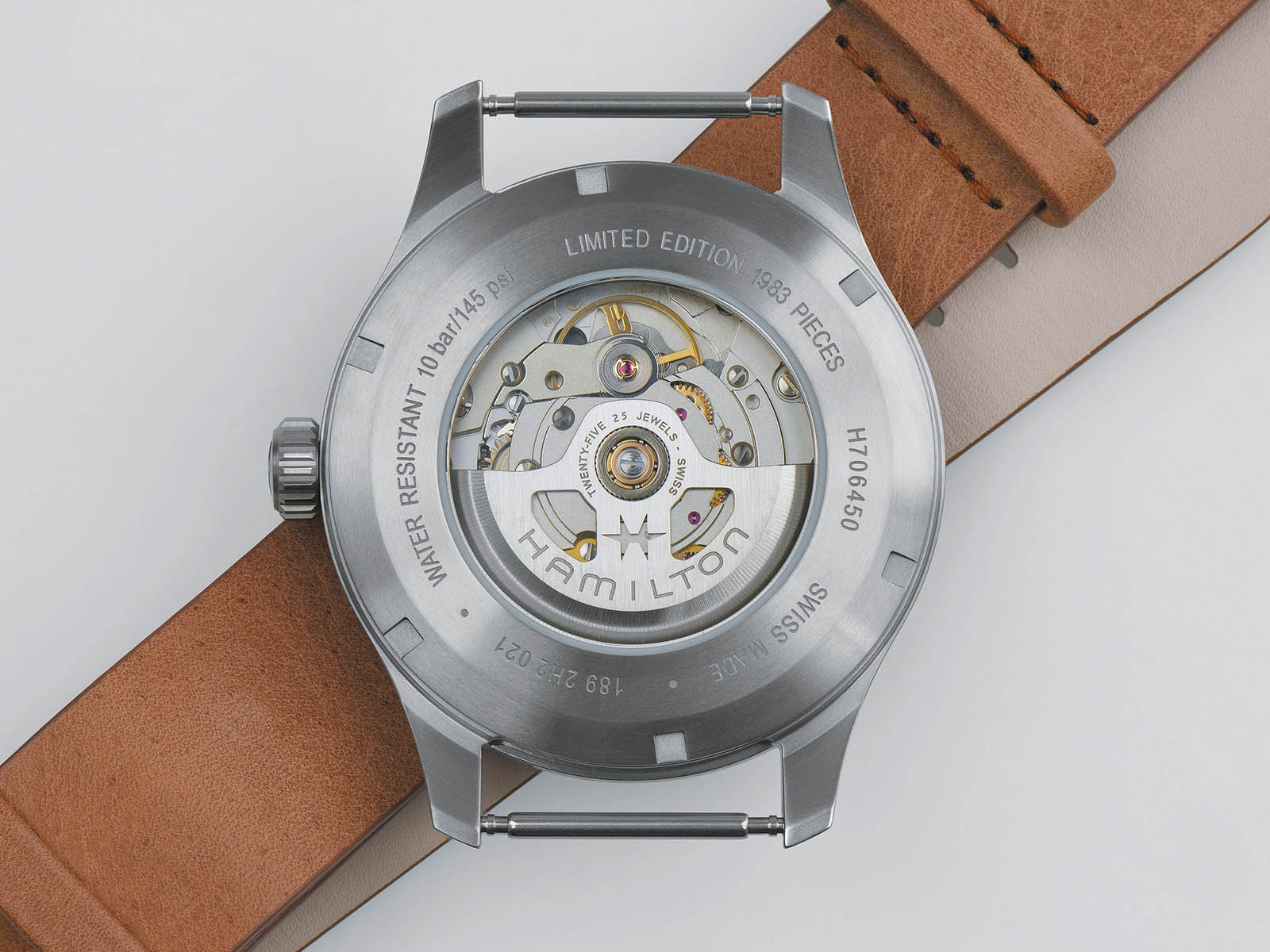 The model, which comes with two different straps, brown calfskin, and nubuck, is available at CHF 1,120. 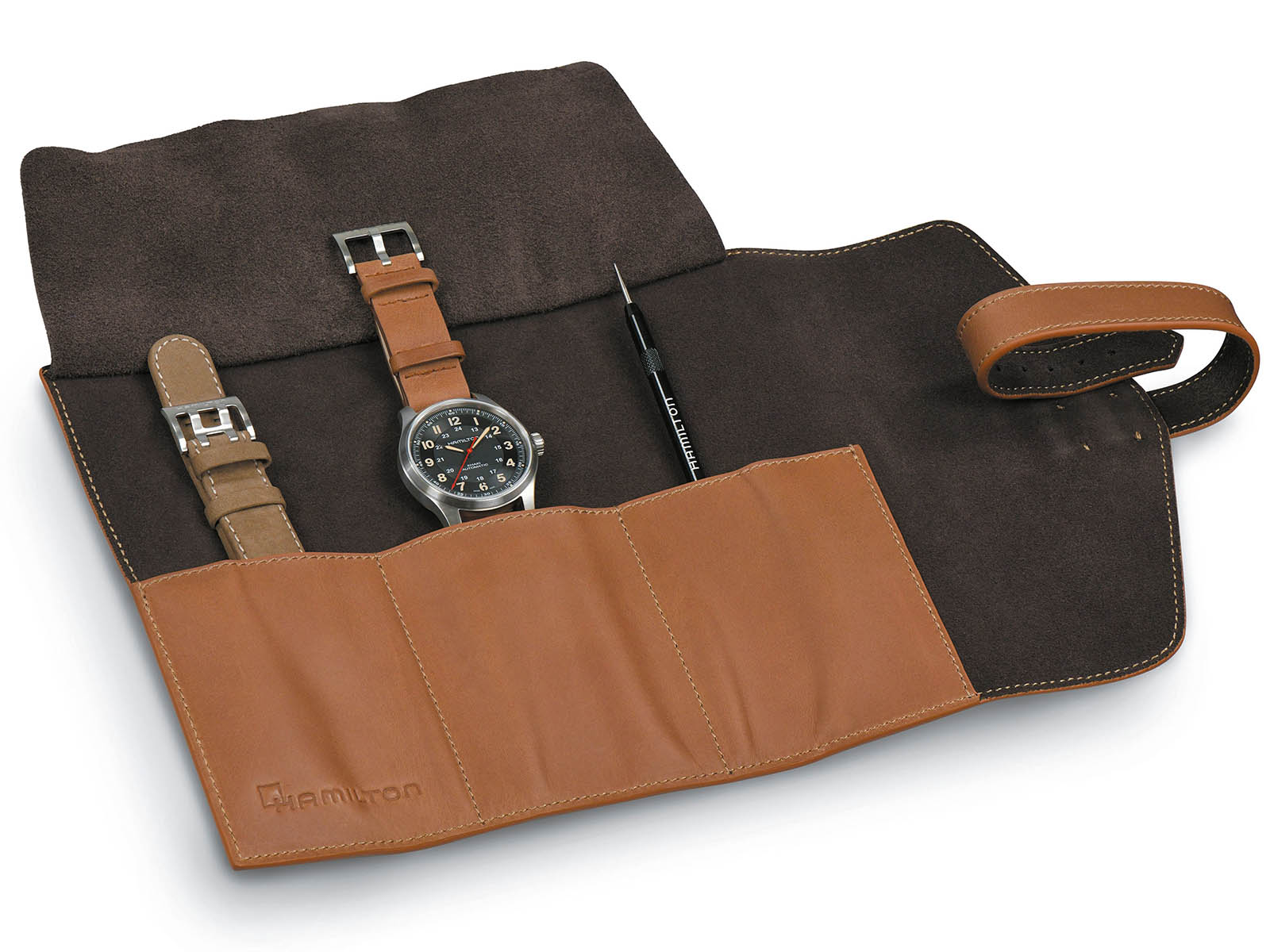 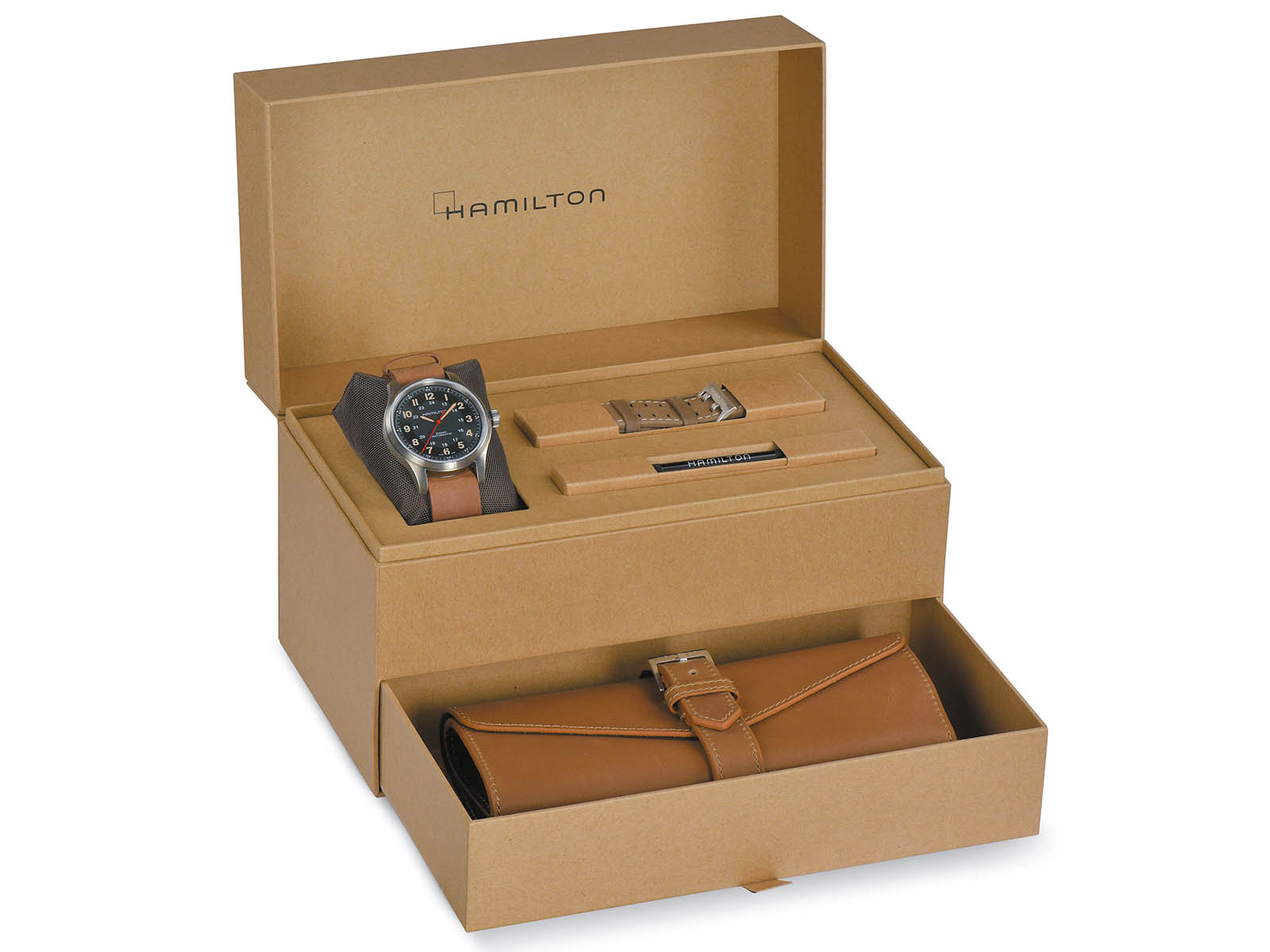