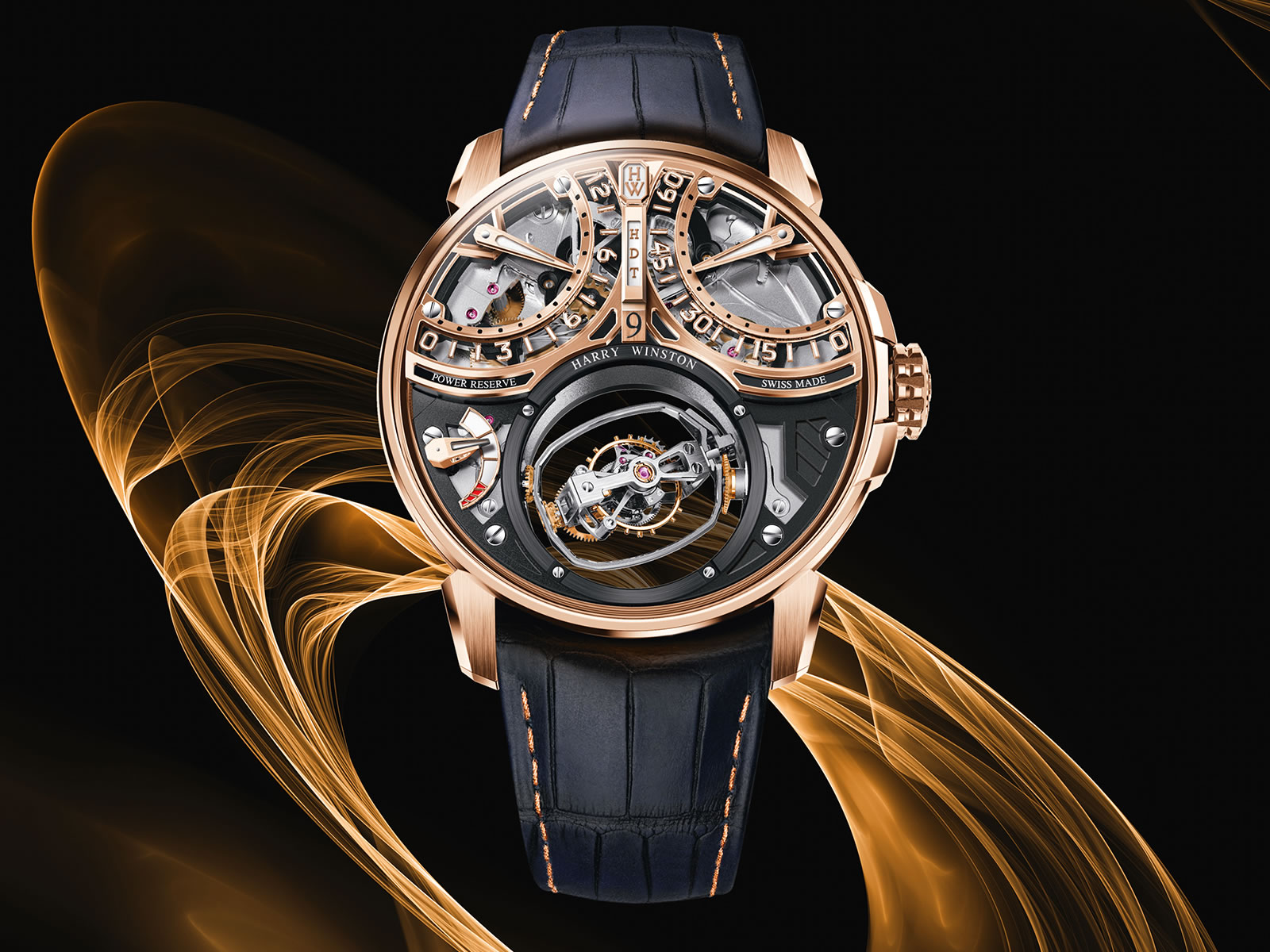 The model, which is both technically and aesthetically pleasing enough to be considered a miniature piece of art, is limited to only 20 pieces. 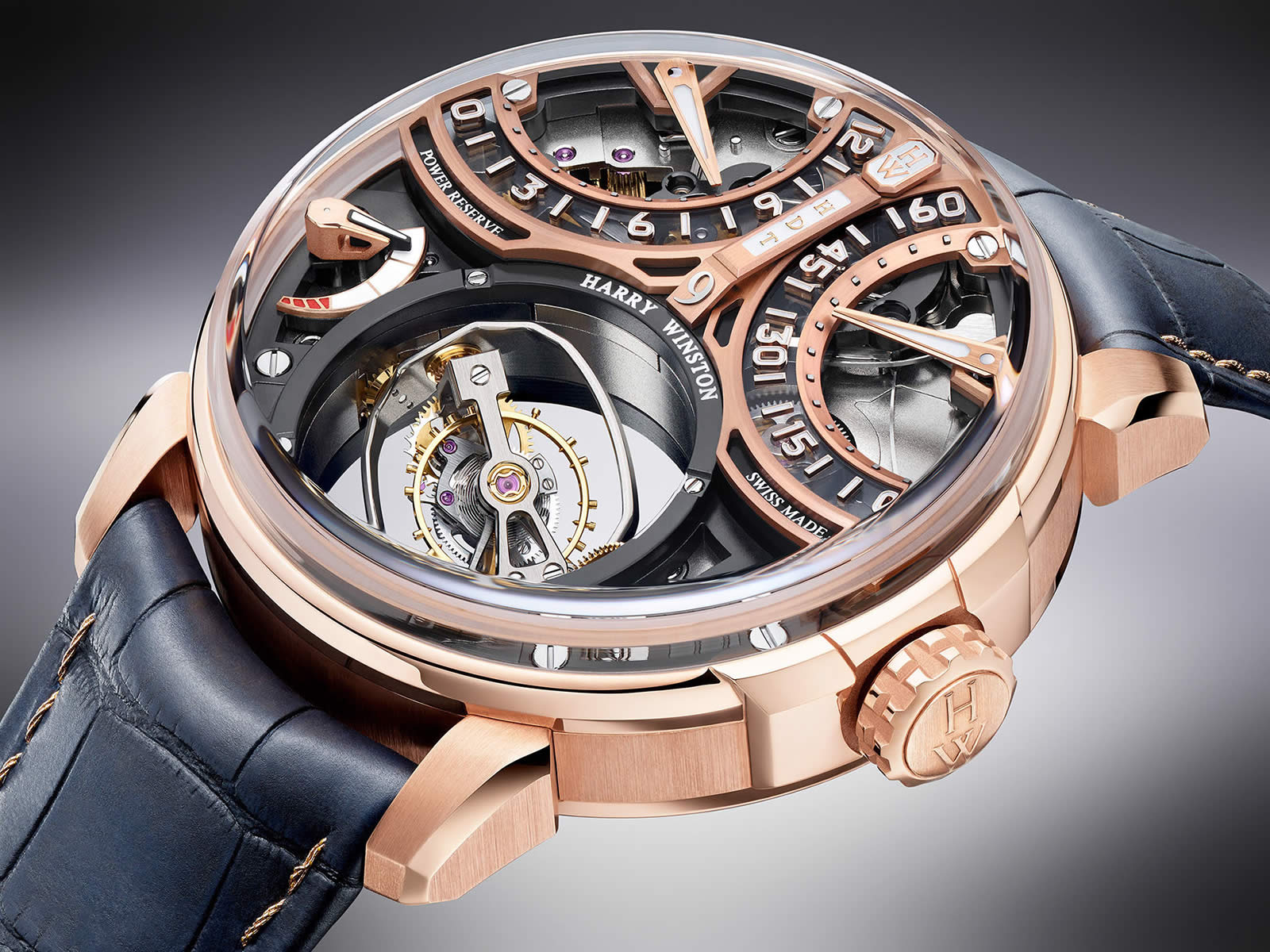 The new model comes with a 46.5mm diameter and 20.8mm high case. Offered in 18K white or pink gold options, the case is equipped with scratch-resistant sapphire crystals on both sides and is water resistant to 30 meters / 3 bars. The three arches that cover and encircle the crown on Histoire de Tourbillon 9 - was inspired by the entrance of Harry Winston’s Fifth Avenue Salon in New York City. 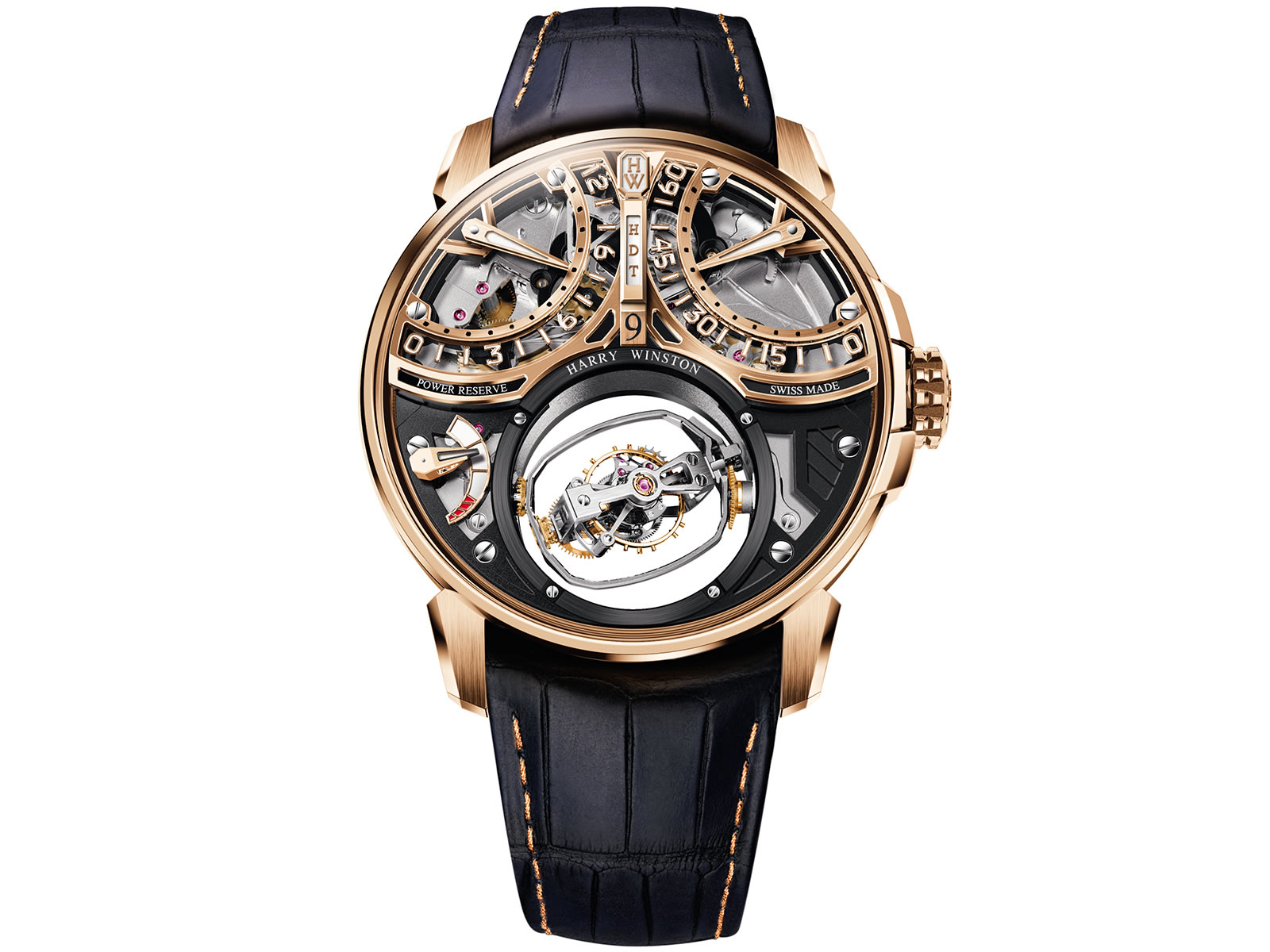 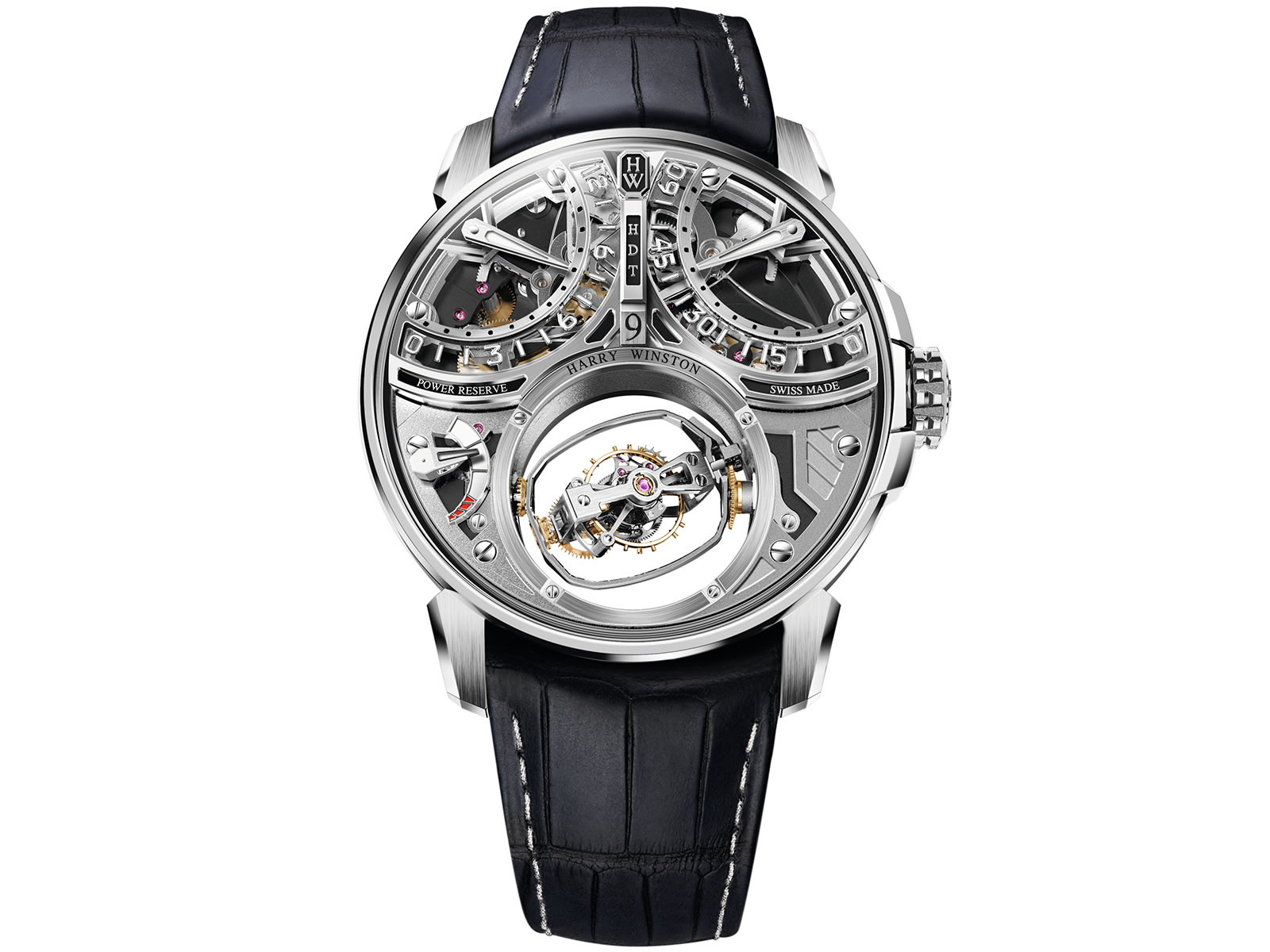 It has a skeletonized dial with hand beveling. The hour and minute hands circle directly above the movement and point to two zones calibrated with Arabic numerals. The power-reserve indicator at 8 o’clock displays a field and a two-part hand that share a distinctly three-dimensional nature. 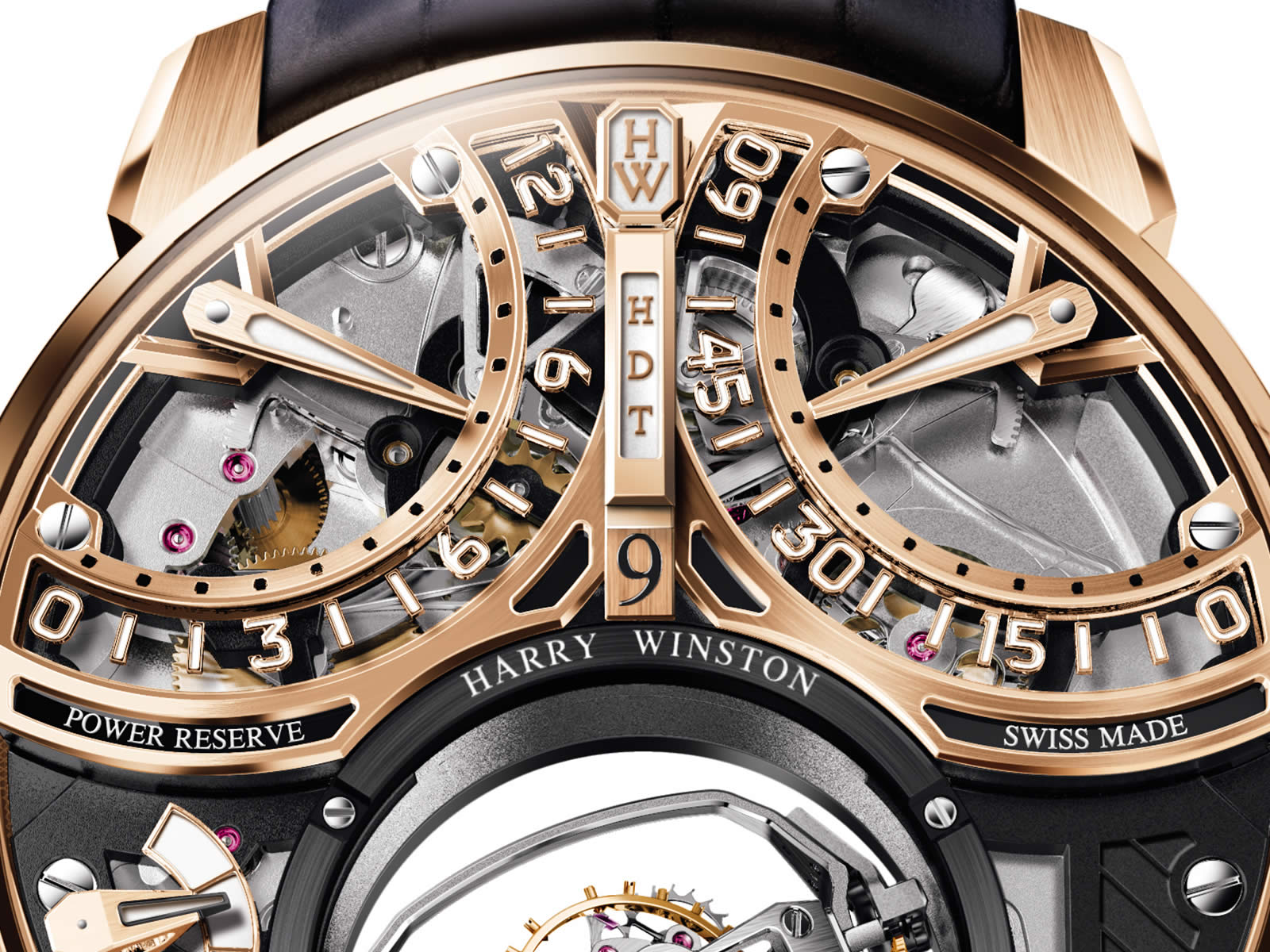 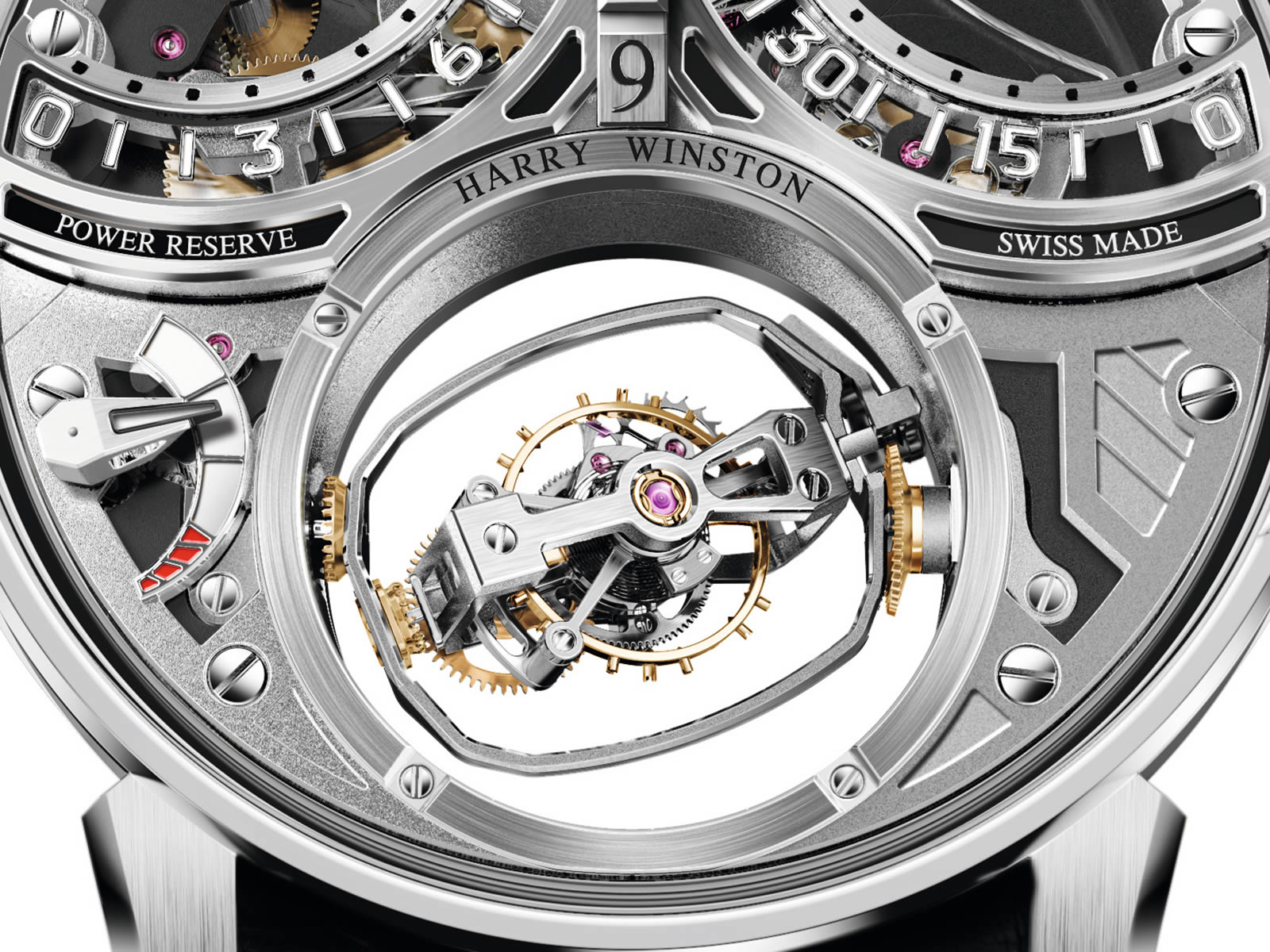 The model is powered by the brand’s manufacture movement Caliber HW4504 with 58 jewels, 21,600 vph and a power reserve of 50 hours. It is comprised of 408 parts, of which 117 are in the tourbillon. The HW4504 caliber was designed exclusively for Histoire de Tourbillon 9 offering a Triaxial Tourbillon featuring three carriages with their exclusive full rotation times. 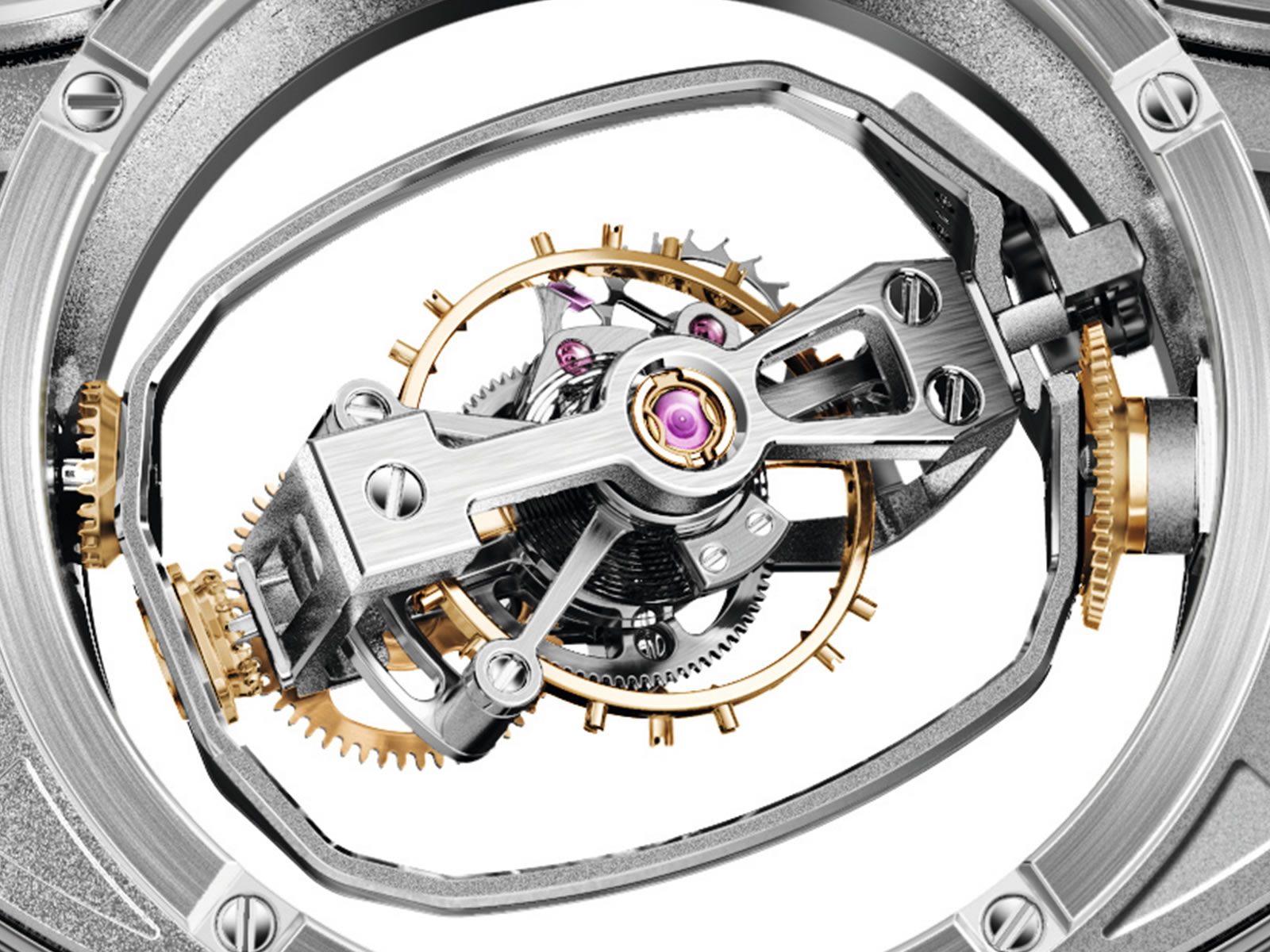 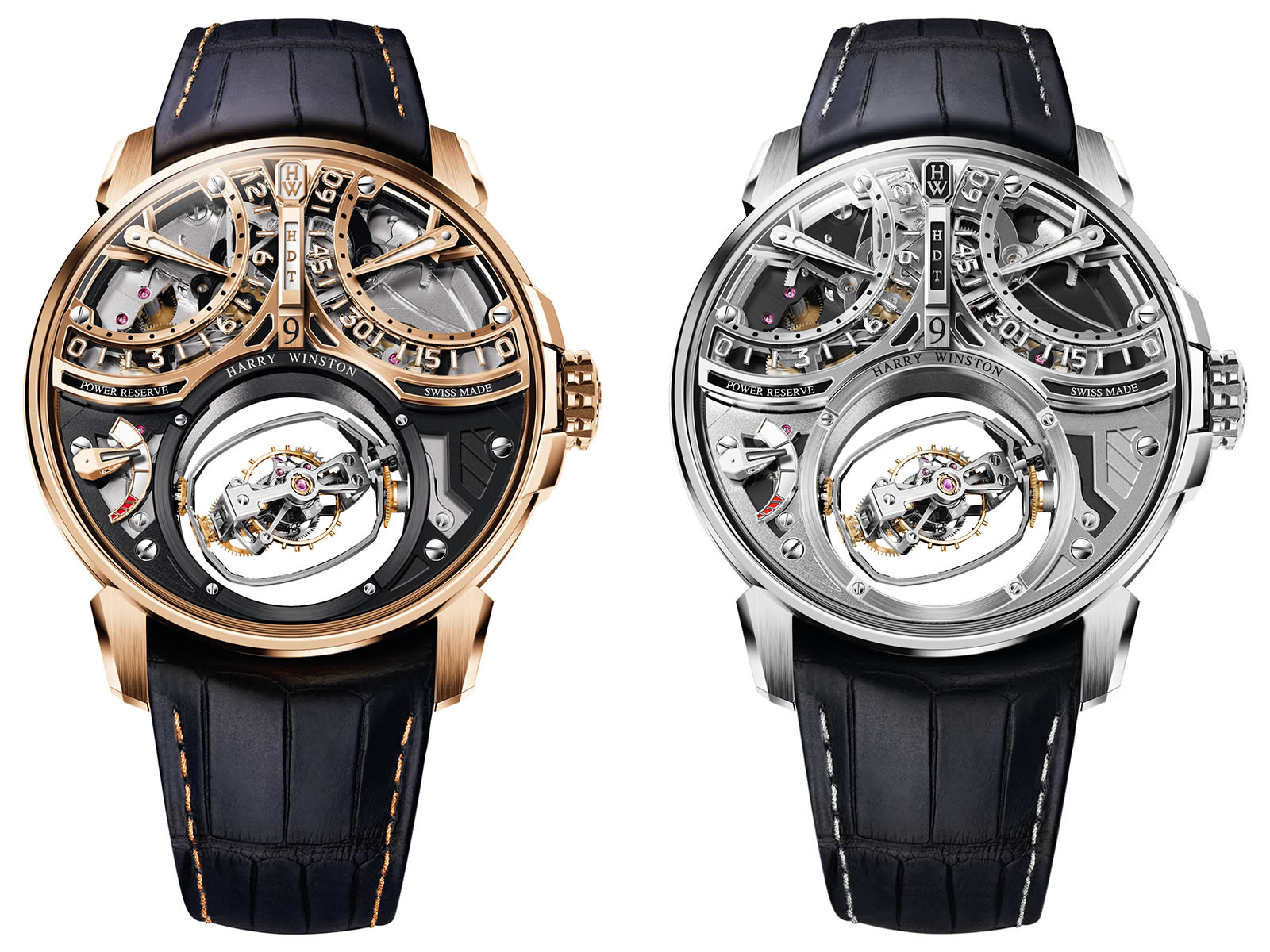