We had an enjoying chat with famous auction house Christie’s’s watch expert and our friend Remy Jullia about the up coming Important Watches auction. During our conversation, we asked Julia about the past and inventory of the auction as well as his favorite lots. 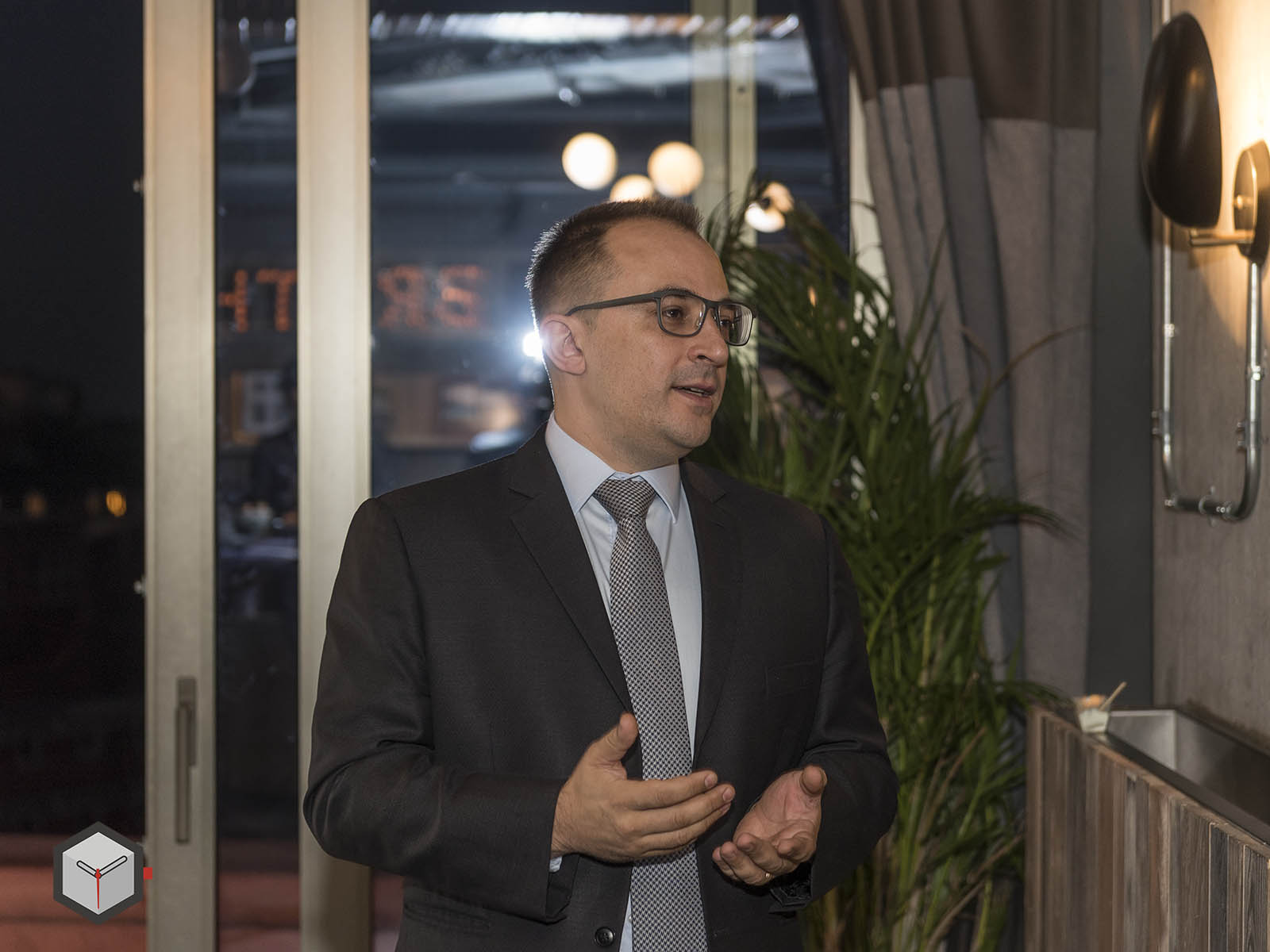 - The auction is called Important Watches. So, what makes a watch important?

It is all about three words: Rarity – Condition and Provenance. 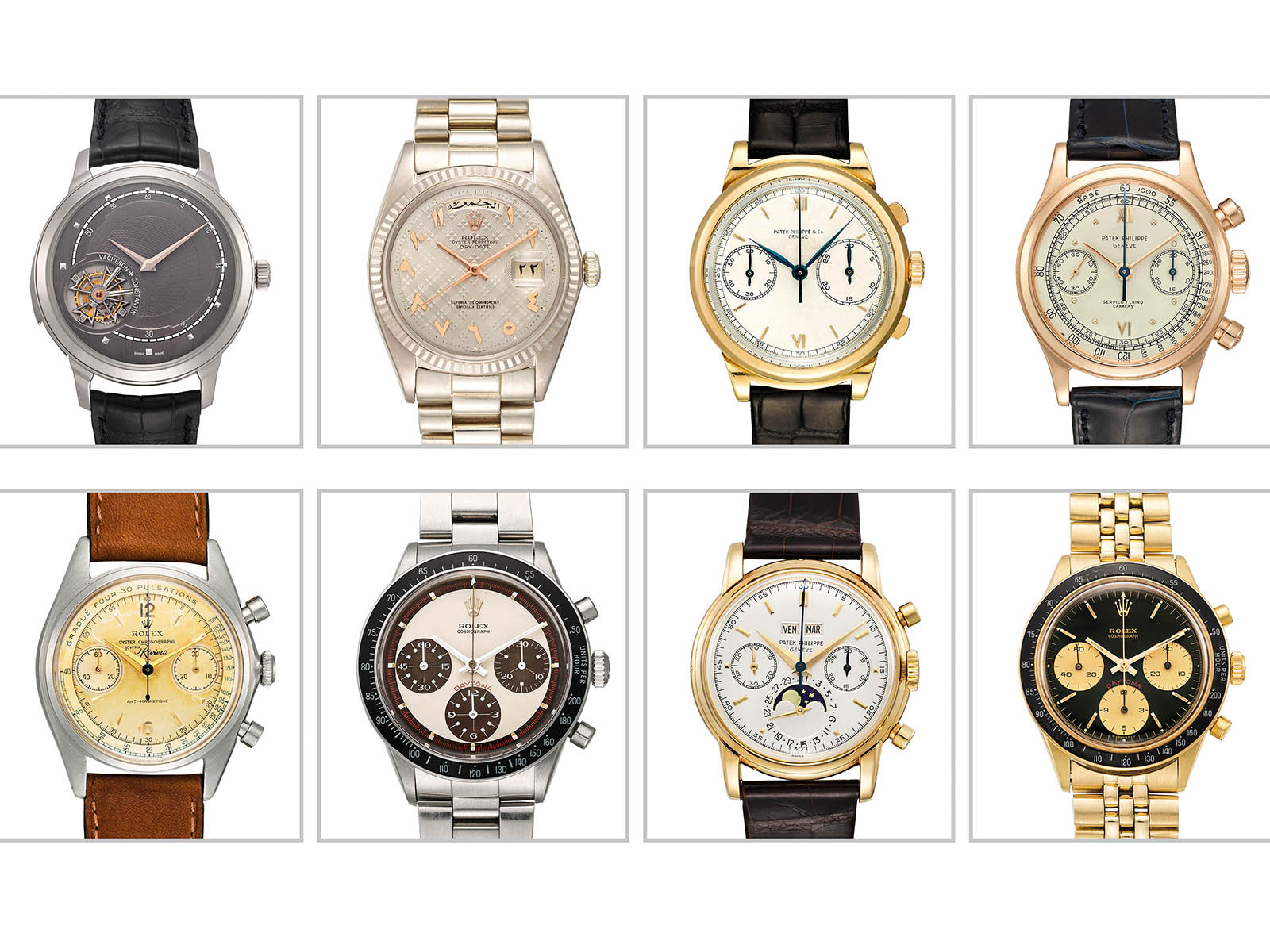 A good example for Rarity is lot 177 Certainly, altered for a prominent and faithful client of Patek Philippe in 1942, the case of reference 1491 had been enlarged, using the movement of the watch, which was made in 1937. Reference 1491 was made only as a "time only" wristwatch. Due to the chronograph movement, the case proportions had to be adapted accordingly, also the thickness had increased to 10.84 mm, again more than the time only version. It is however the highly unusual dial design which impresses with its oversize 30-minute register, the largest known on a 13 lines Patek Philippe chronograph wristwatch. Assuming this order was placed by a sports commentator who repeatedly needed the minute counter and who specifically asked for this oversize design (estimate $500,000-1,000,000). 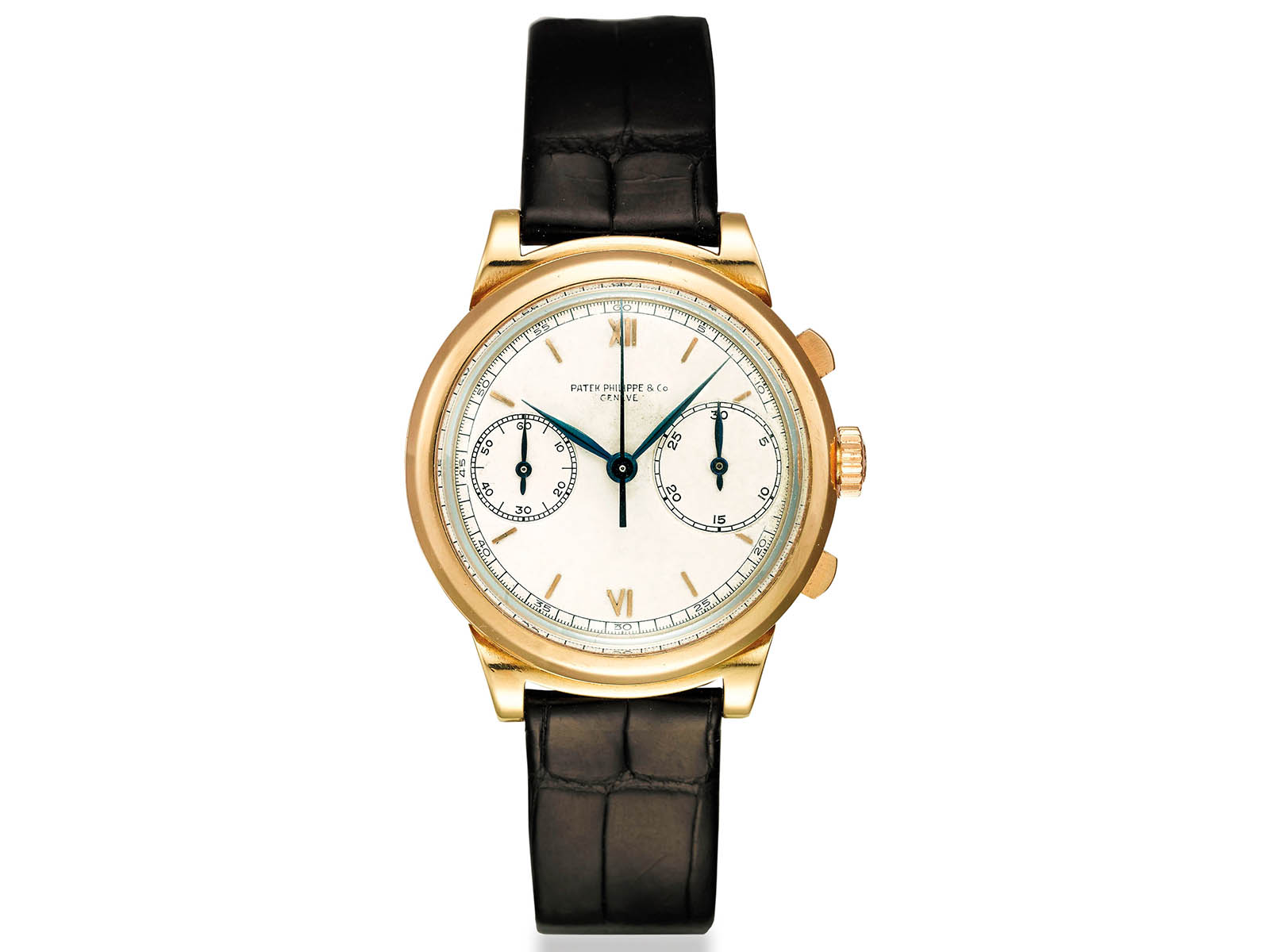 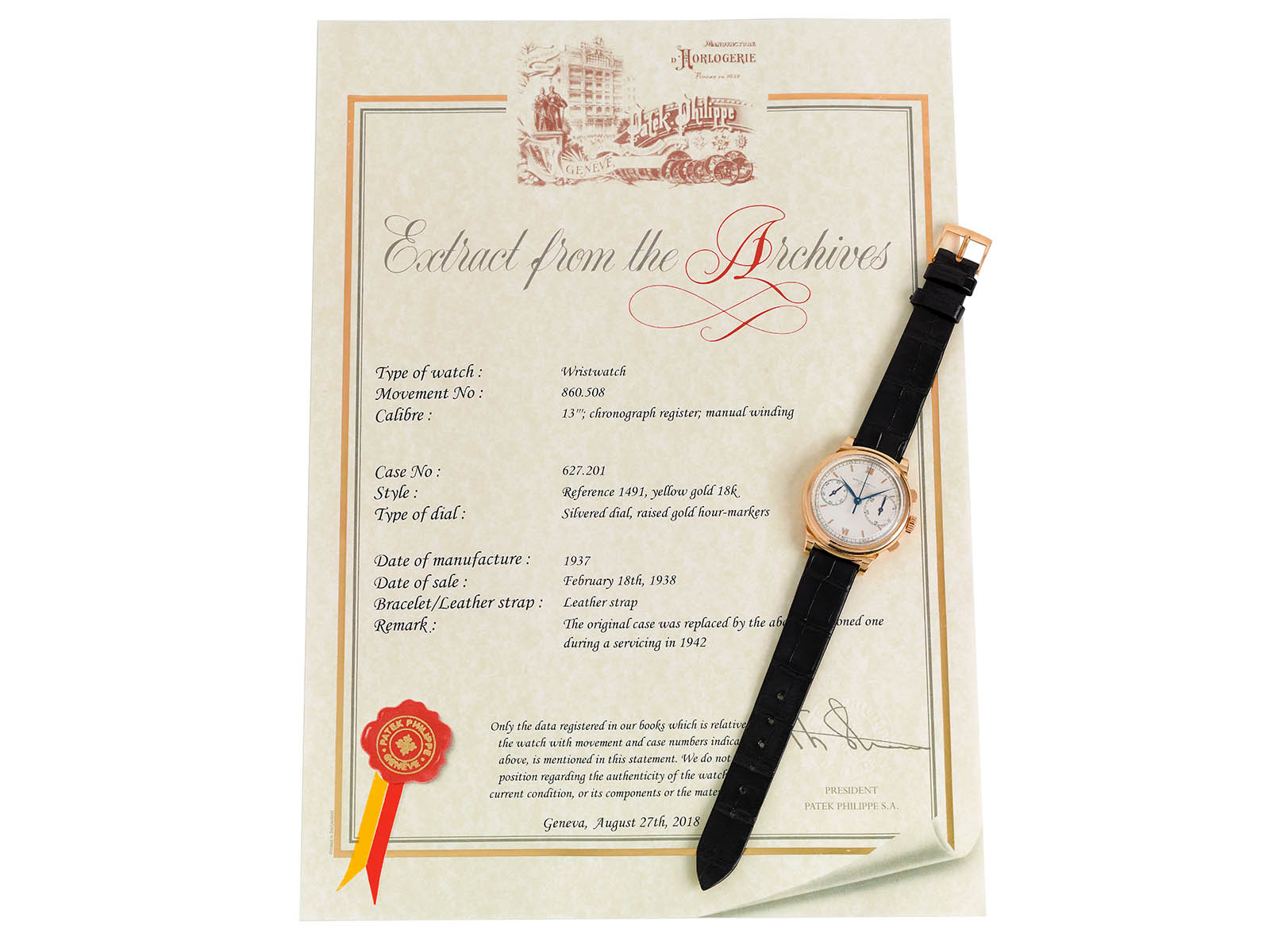 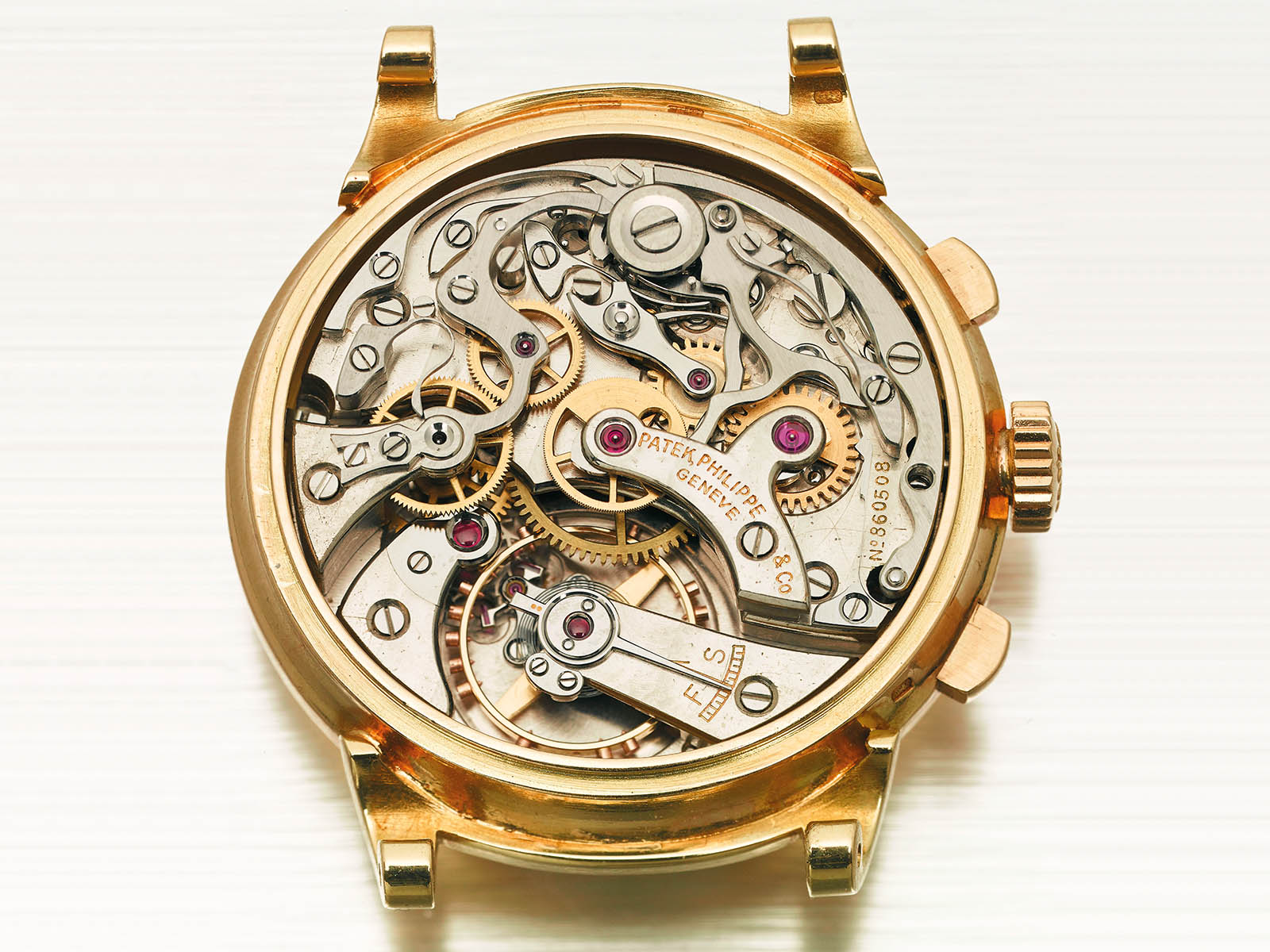 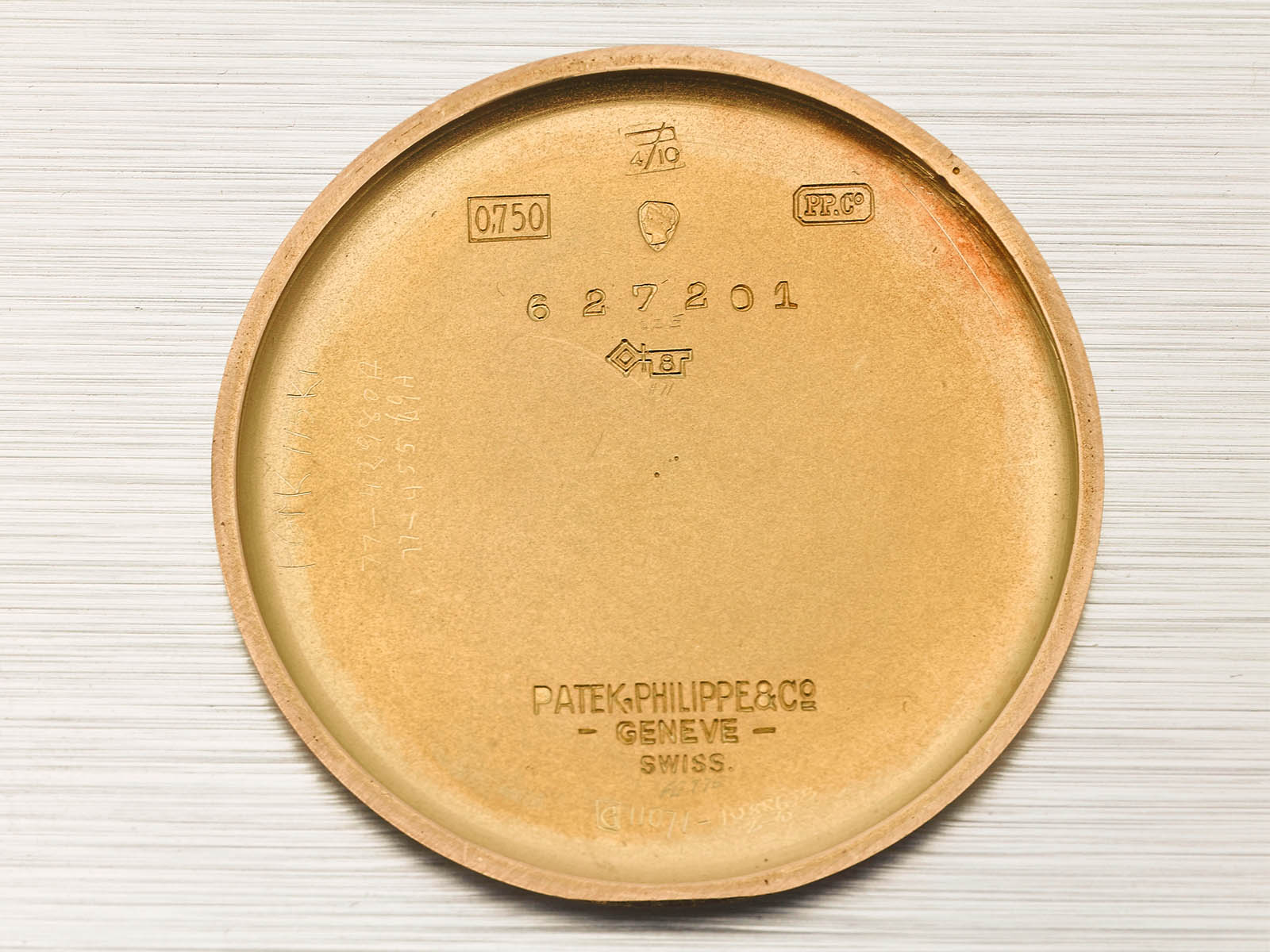 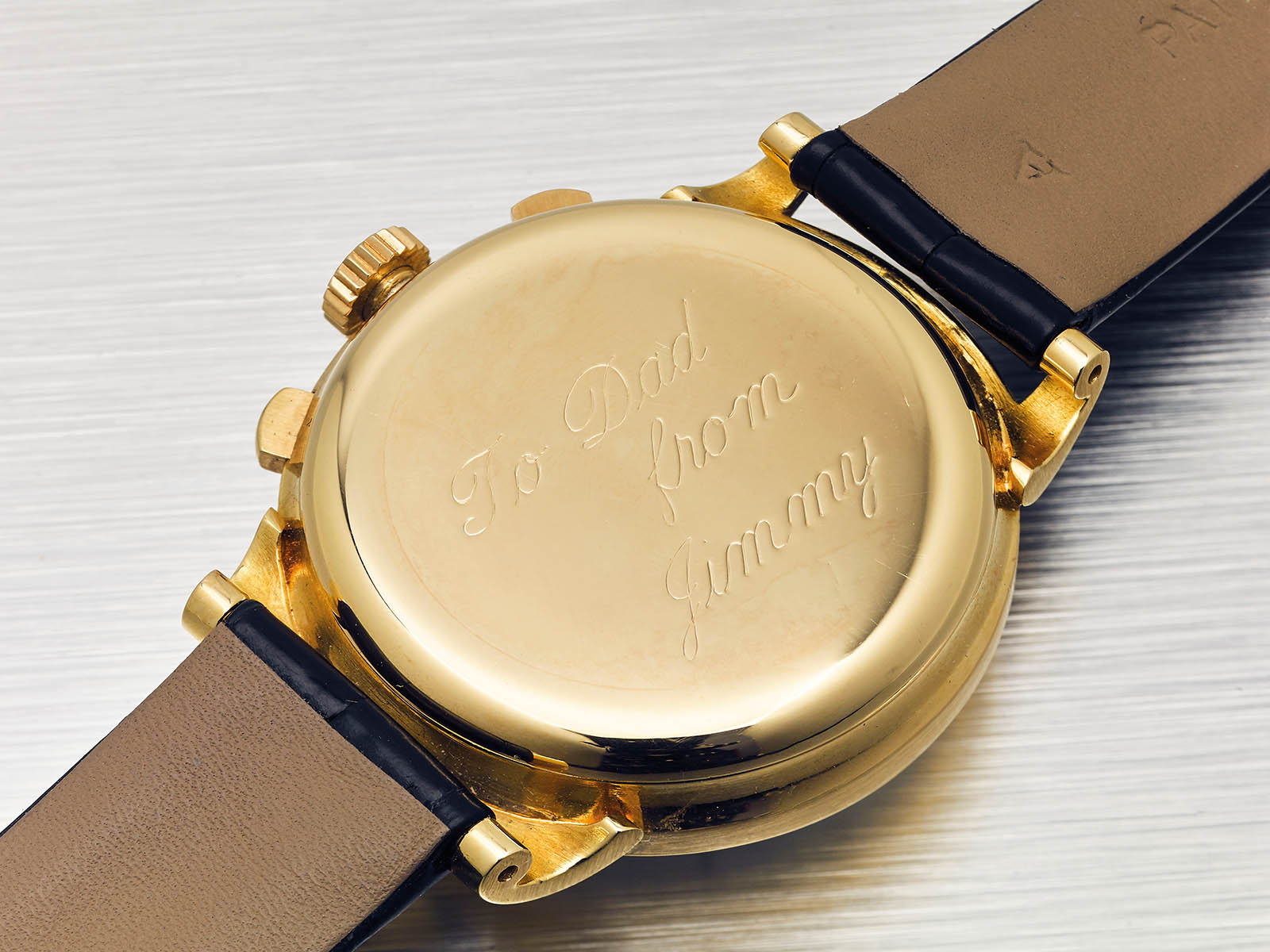 For Condition we could point out lot 159 – a Rolex, reference 1803, dating from circa 1977, with a yellow lacquered stella dial in perfect condition. with a unbelievable shade of yellow. Yellow is considered the most beautiful, prestigious and highly prized colour amongst stella dials of which not two are exactly the same shade. The colour was hand mixed and applied layer by layer until a deep rich gloss coating was achieved. 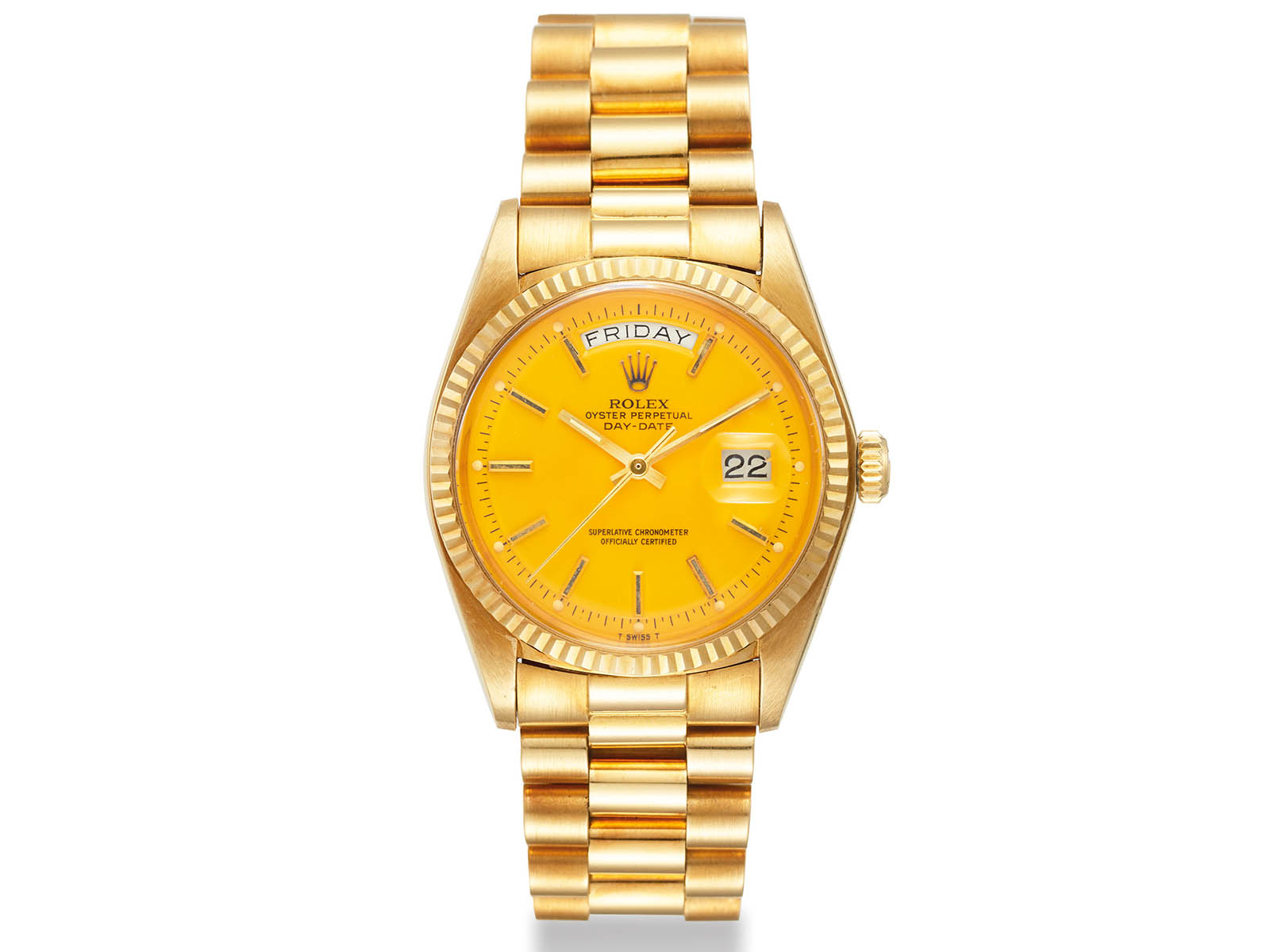 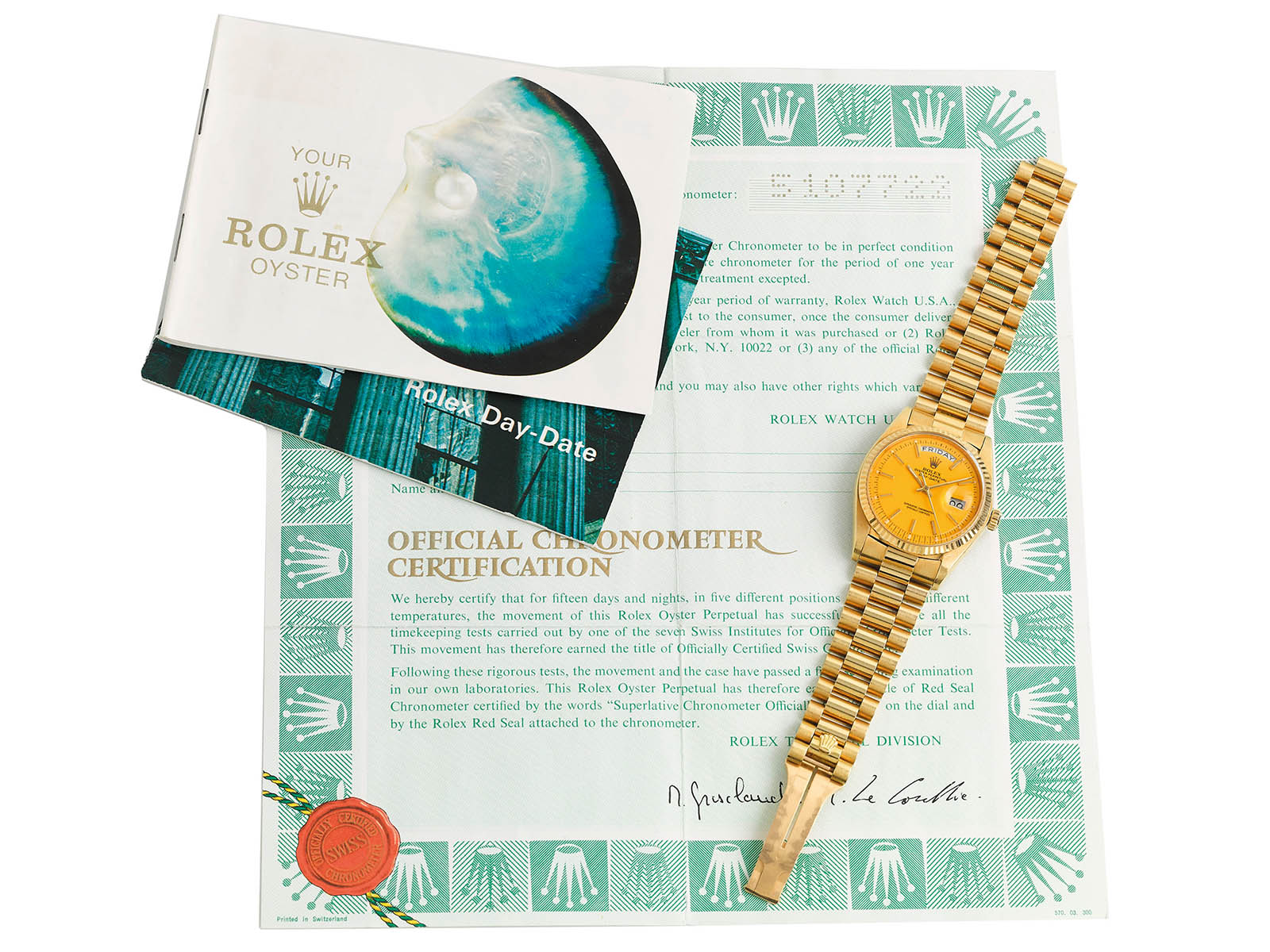 For Provenance we should talk about lot 88 The Patek Philippe, reference 1463R in pink gold from the 1950s was previously owned by Eric Clapton and retailed by Serpico y Laino Caracas from Caracas. 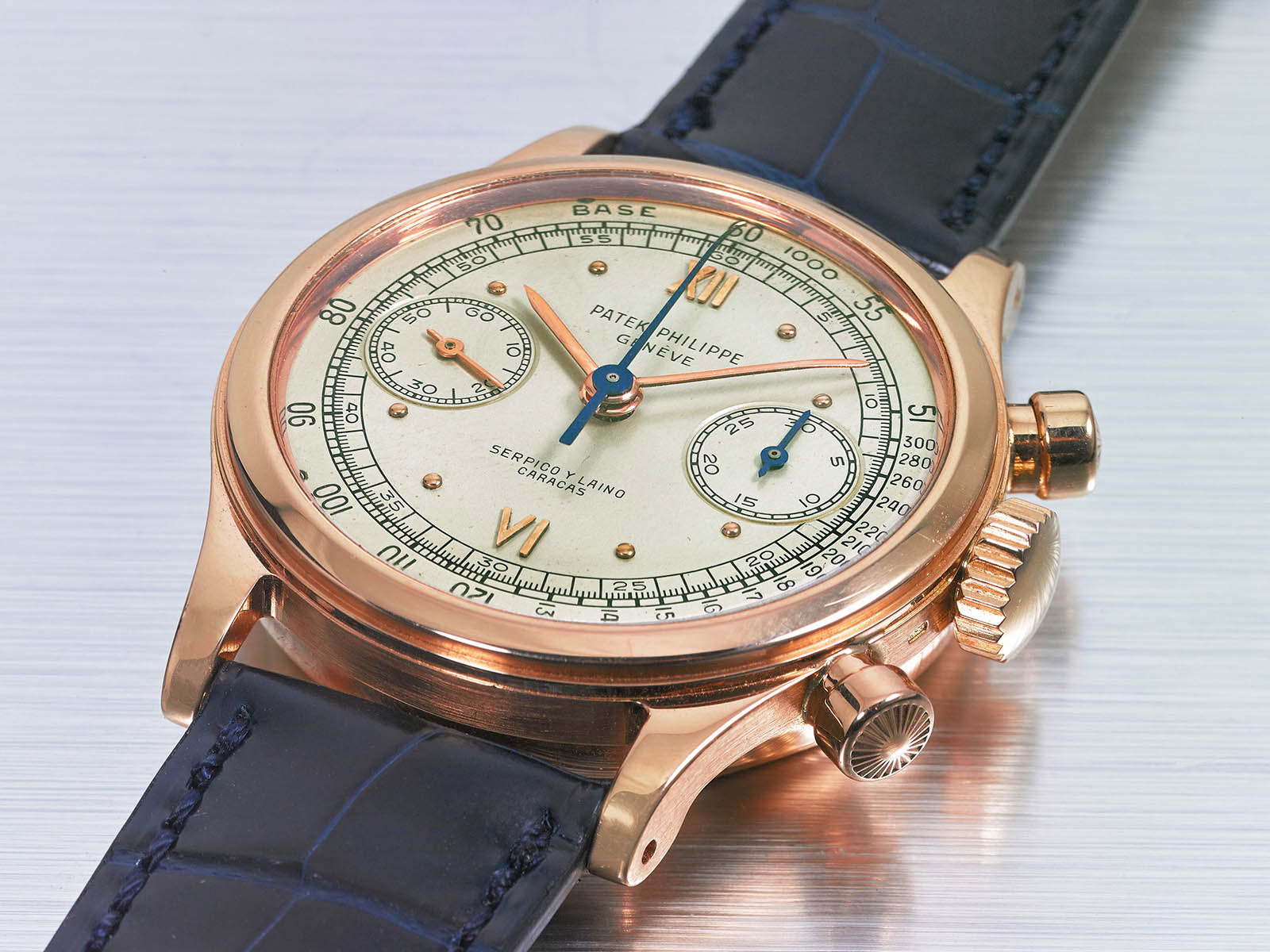 Reference 1463, the only vintage Patek Philippe chronograph model with screw back case and round pushers, is without question one of the celebrated manufacturer’s most iconic and noble sports watches. Reference 1463 was launched in 1940 and remained in production until 1965, the majority cased in yellow gold and therefore the present pink gold model is rarer, as only 55 recorded references 1463 in pink gold exists to date. The present watch is a fine example of this paragon of post war design, distinguished by its attractive and original overall condition (estimate: $550,000-850,000). 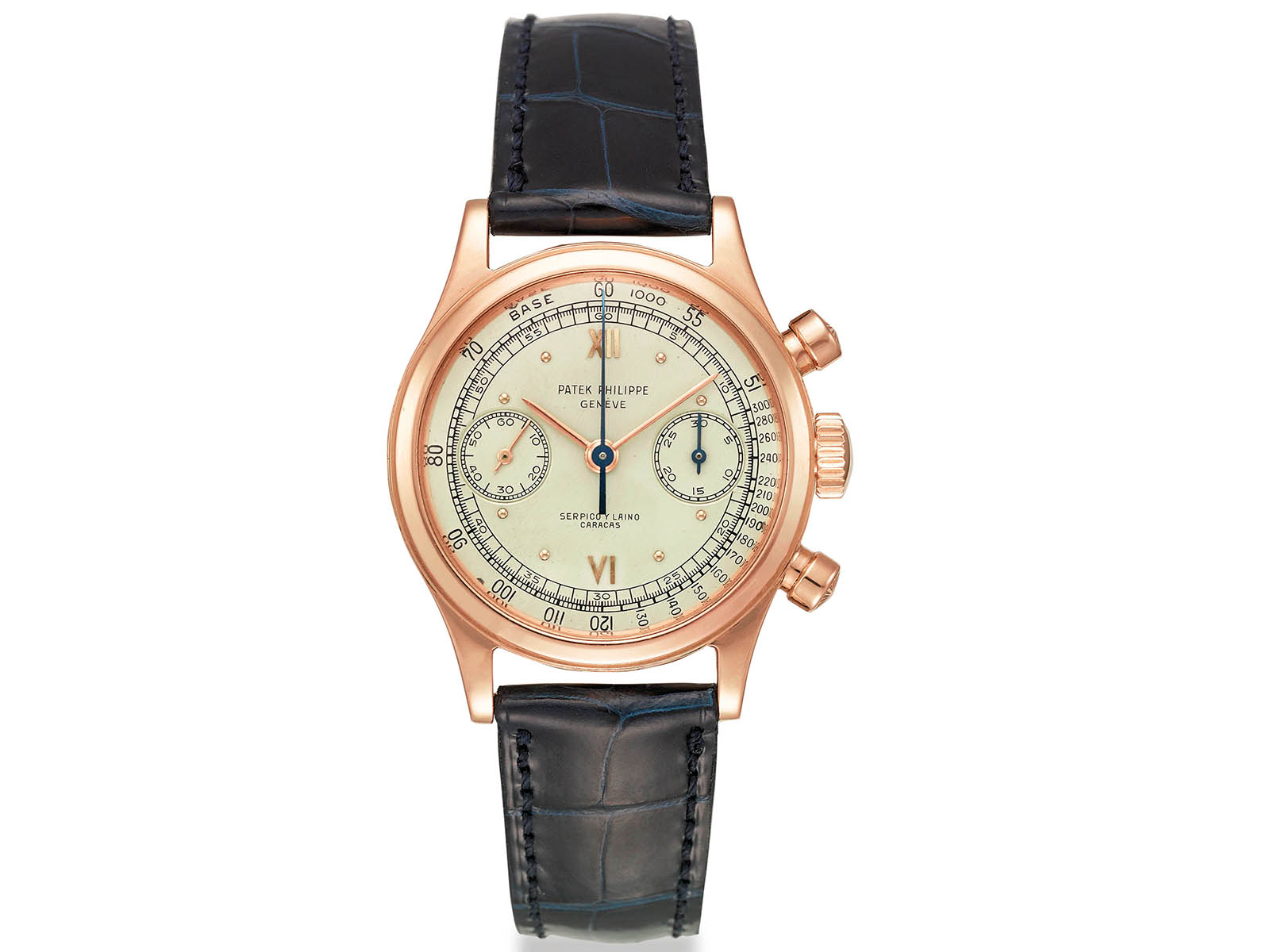 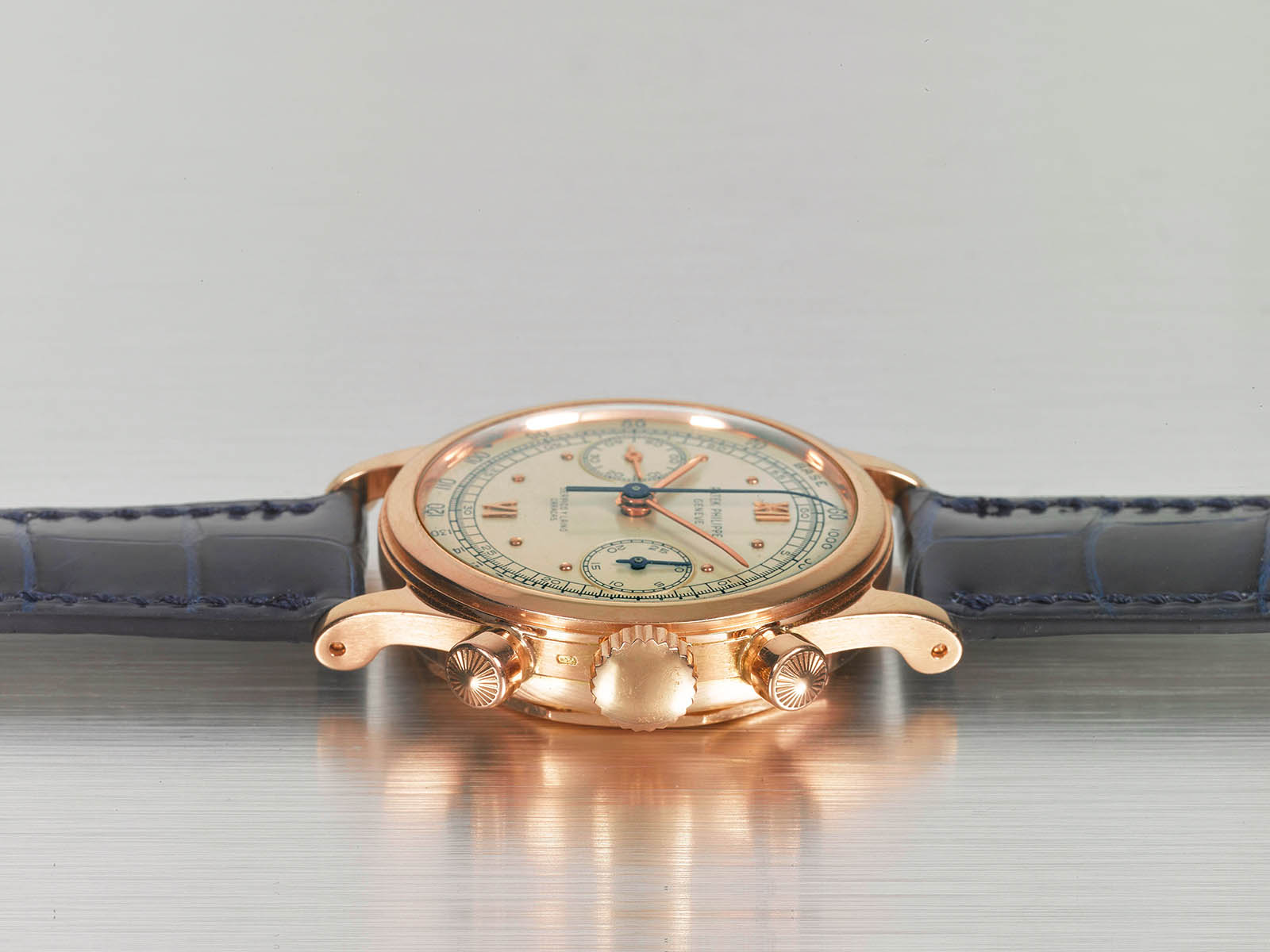 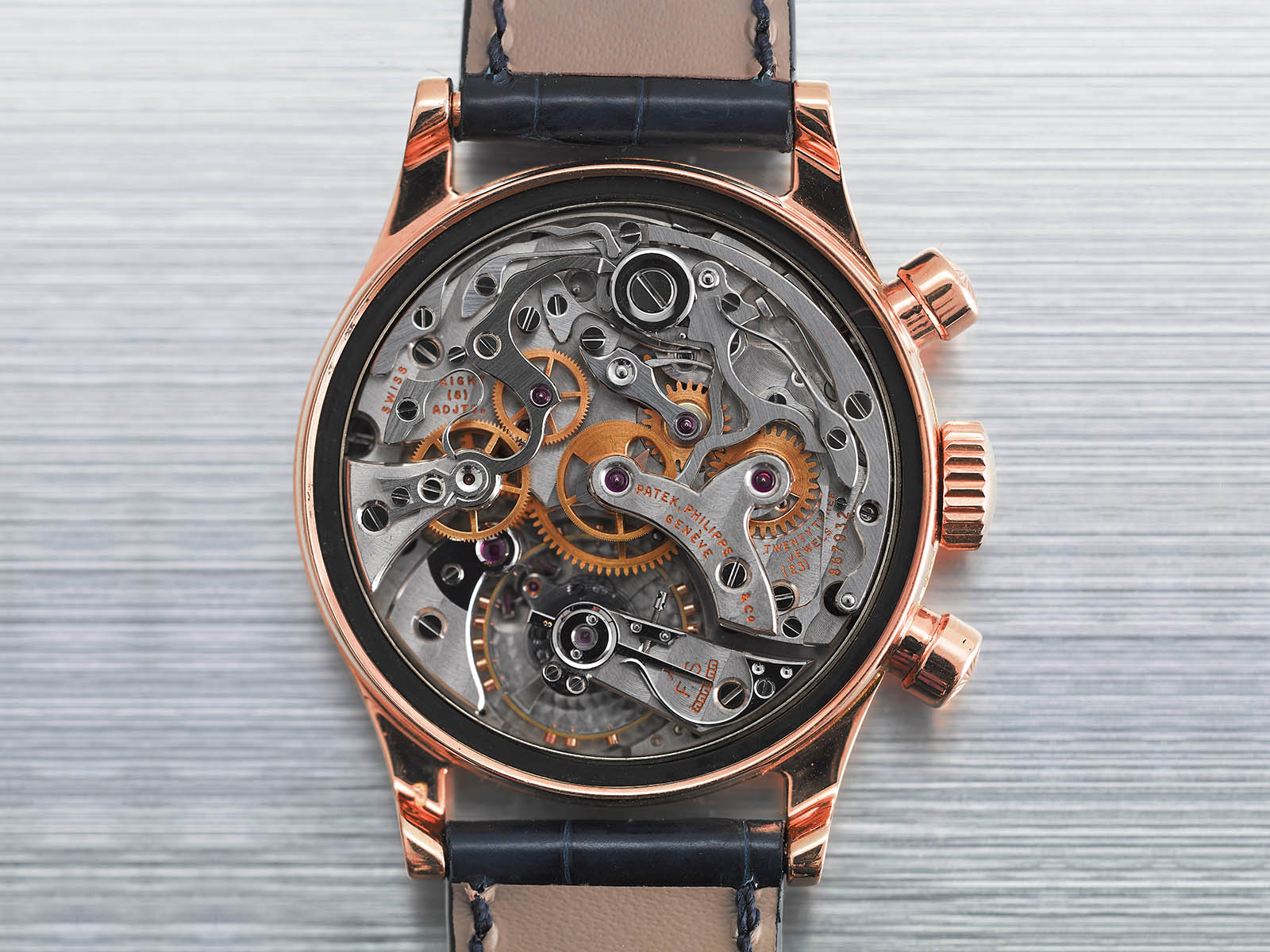 And unique is lot 119 made on special order by the Atelier Cabinotiers of Vacheron Constantin in 2011. It is a double-faced perpetual calendar tourbillon minute repeater wristwatch with zodiac and day/night indication and comes with its presentation box and full paper work (estimate: $350,000-650,000) 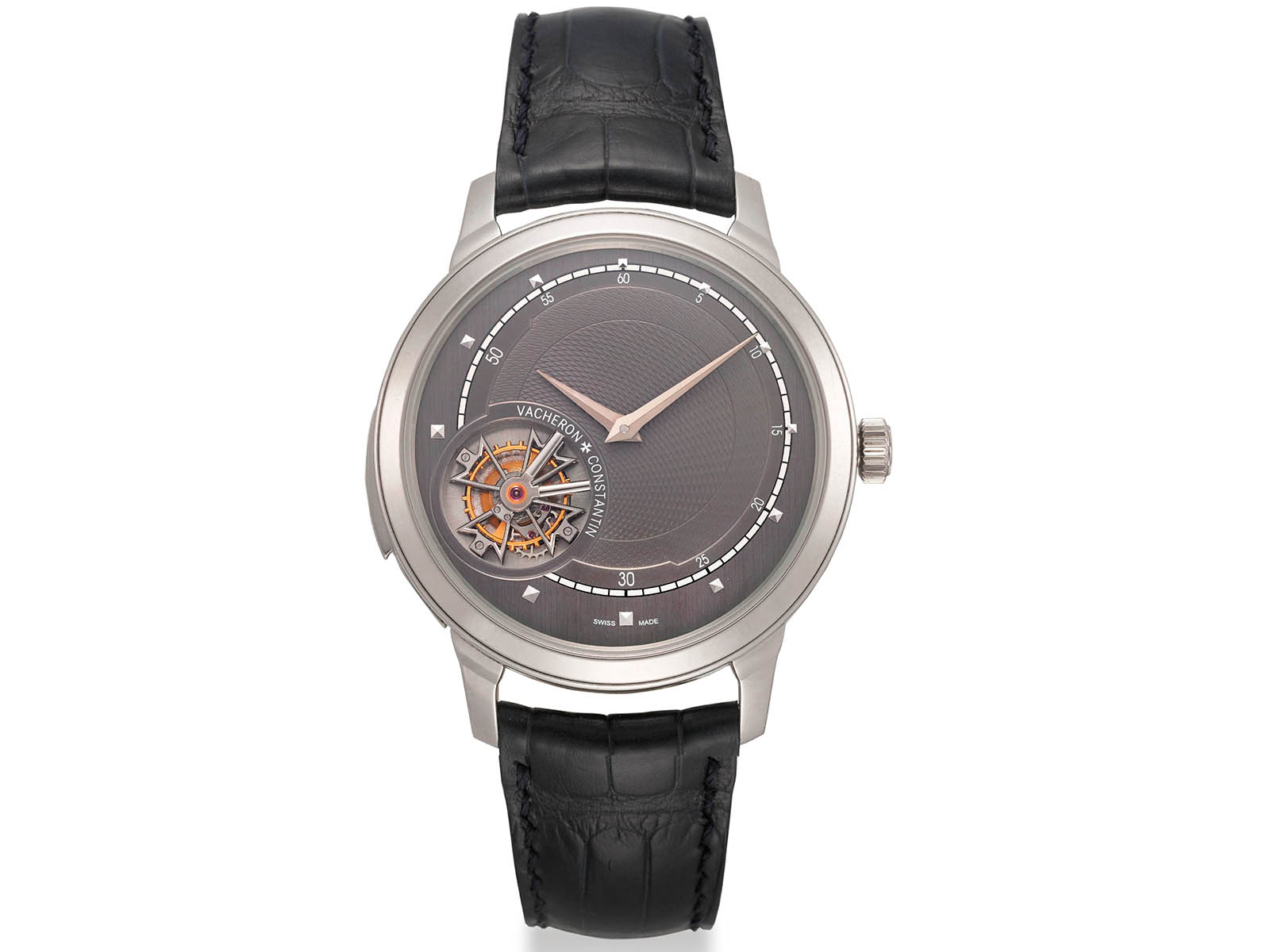 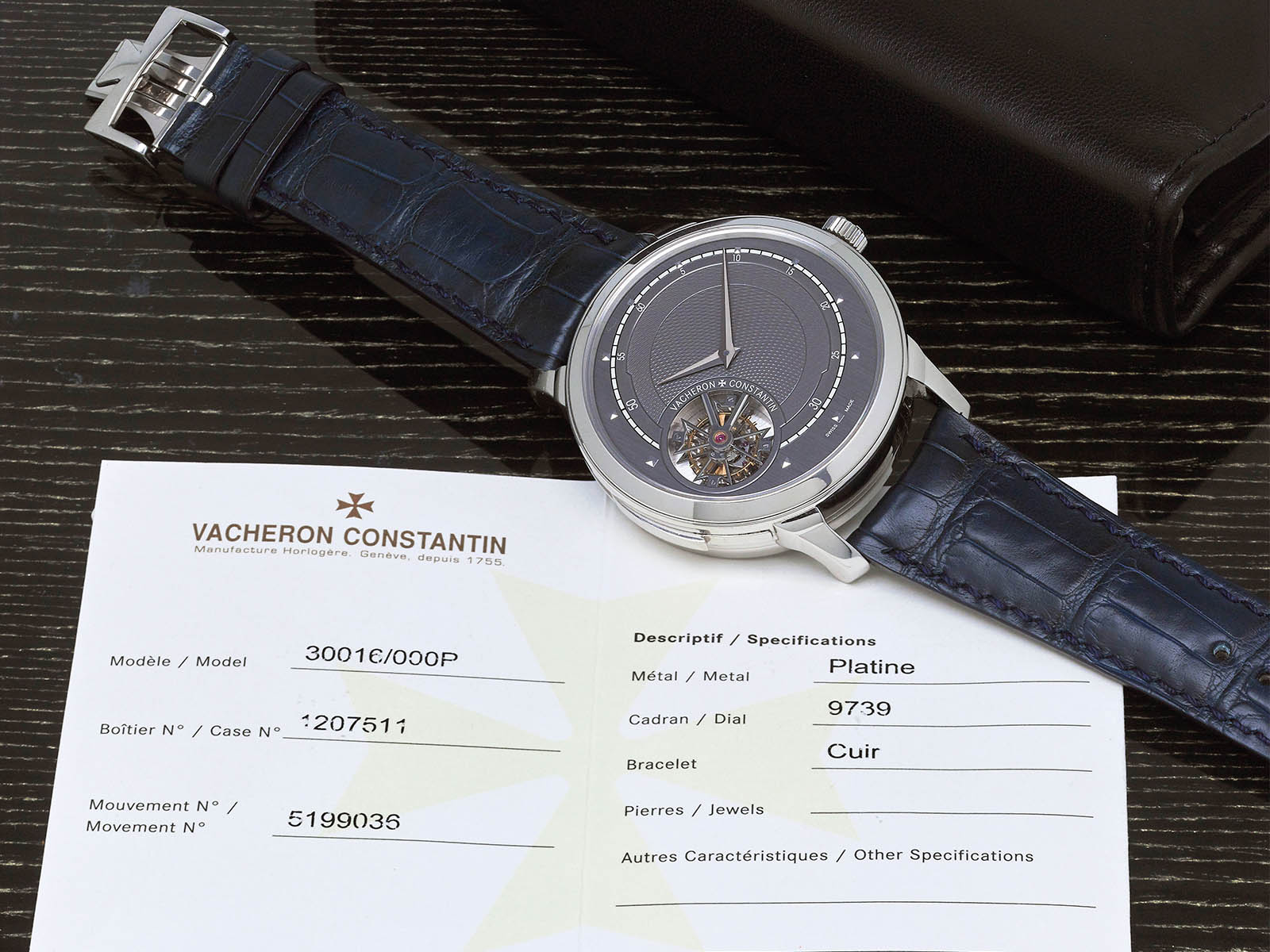 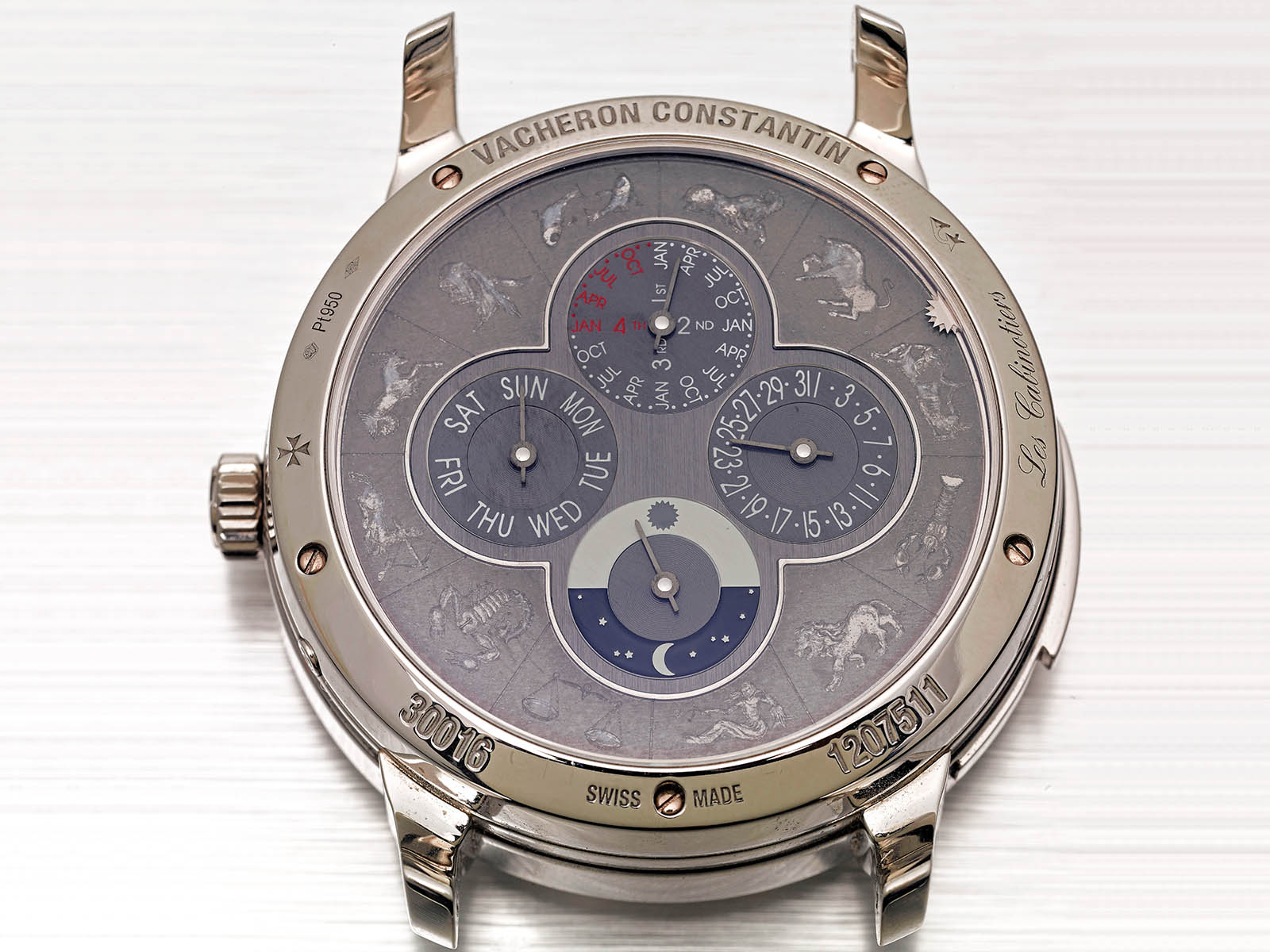 - Middle East region is becoming a regular for luxury watchmaking events and private gathering among watch enthusiasts. What do you think about Middle East as a professional watch expert?

We started holding combined watch and jewellery auctions back in 2007, these auctions were led by Jewellery and had 10/20 watch lots on offer which grow to potentially to a stand-alone watch auction starting with 50 watches and today we are offering 177 lots with a pre-sale estimate of over US$ 10 million. Dubai Watch Week, Dubai Watch Club and other initiatives have helped to widen interest in collecting watches and enhance the knowledge about watches.

- Tough the inventory of the auction are mostly vintage watches, there are few relatively modern timepieces as well. Do you have any kind of age limit for the lots, or is it all about importance?

No, there is no time limit to watches we are offering at auction. On 22 March the oldest watch dates from 1848 - an enameled pocket watch from Vacheron Constantin open face watch with case and enameled miniature (estimate $10,000-15,000) and the youngest from 2018 - An impressive 18 carat pink gold and diamond set composed of a tourbillon wristwatch with power reserve by Hublot with matching cufflinks, ring pen and rosary beads, made in 2018. The set represents a total of 1,272 baguette-cut diamonds, 3 solitaires of which the largest one weights over 5 carats and 1,530 round-cut diamonds (estimate: $300,000-500,000). 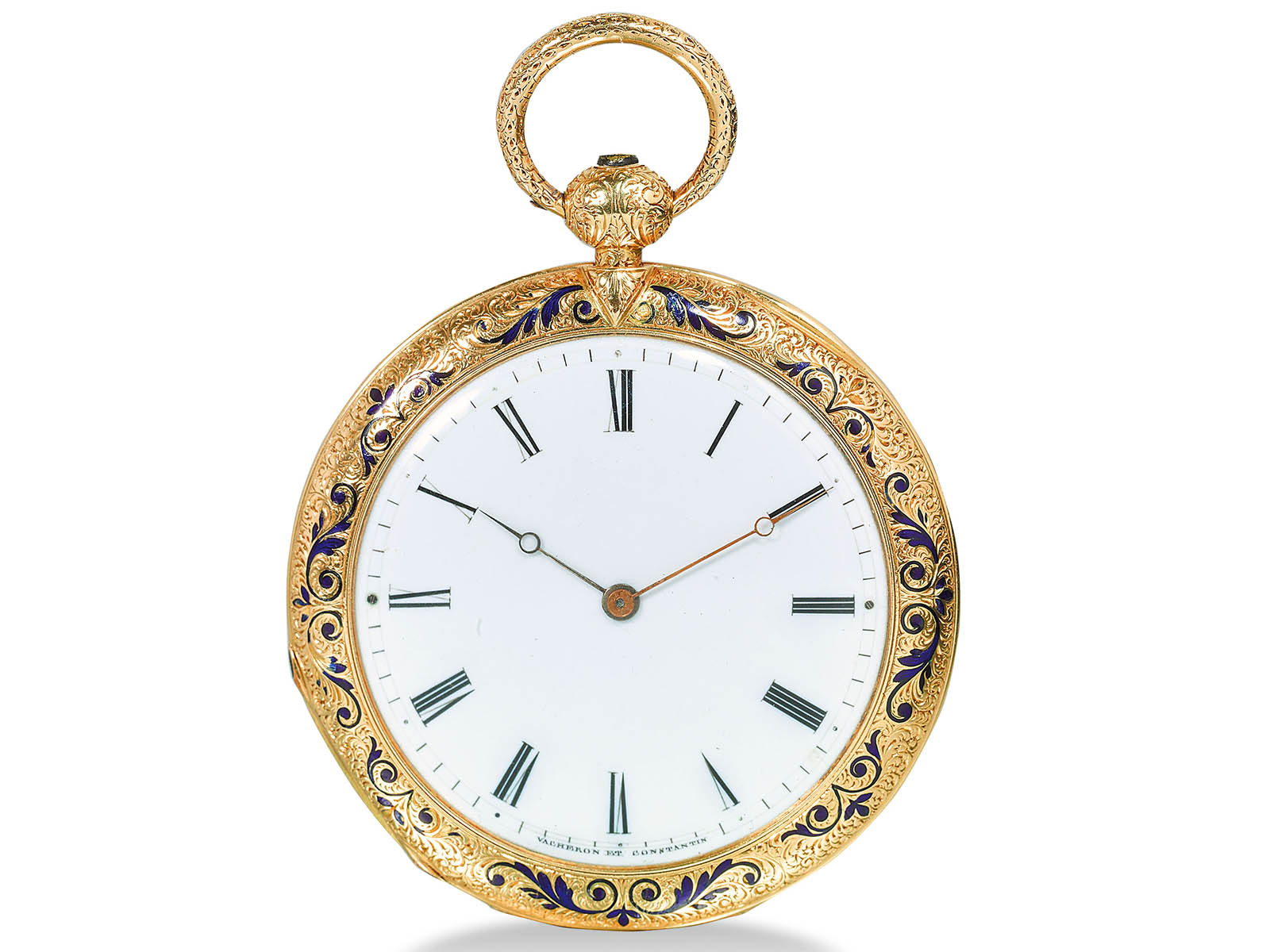 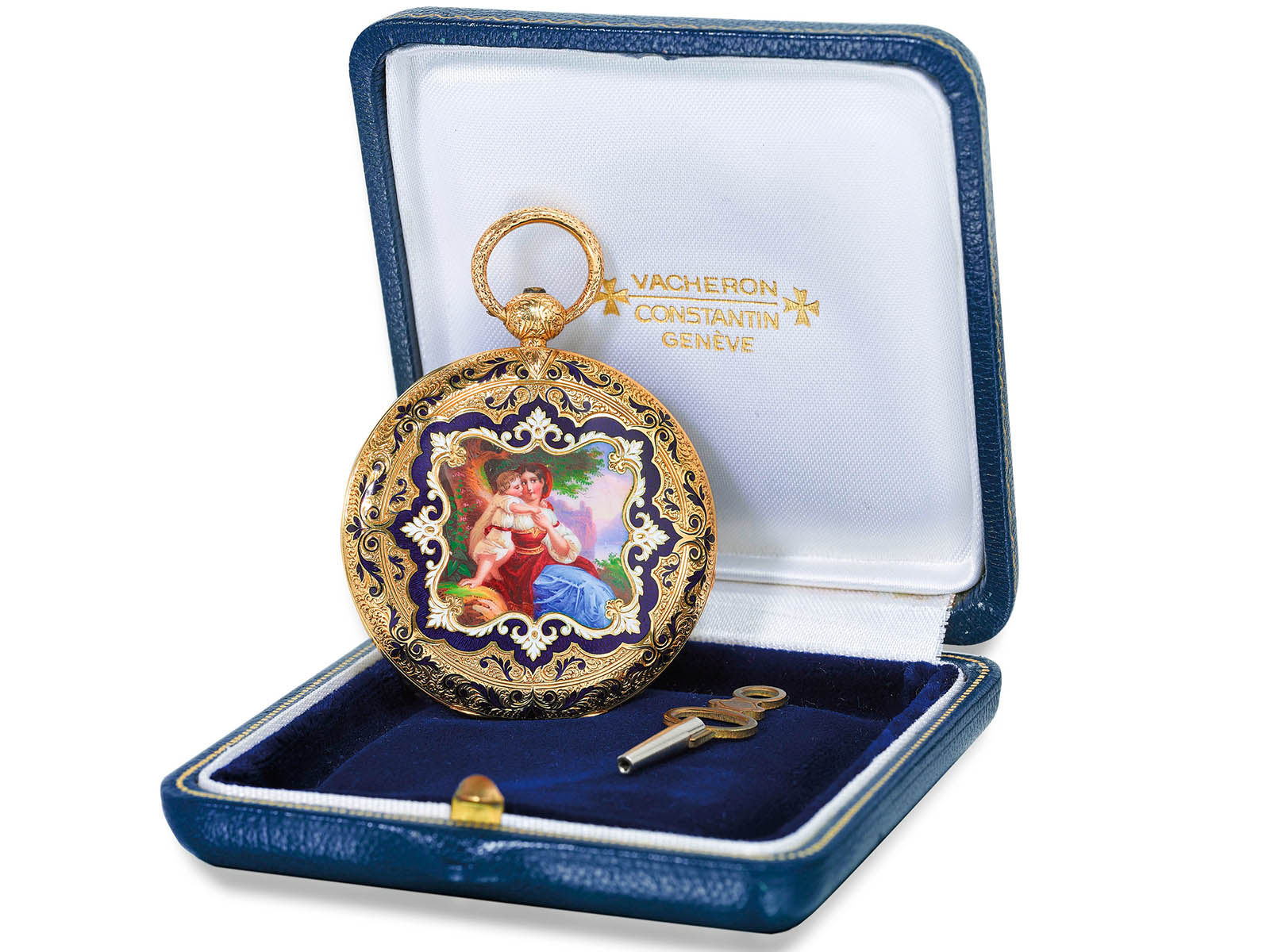 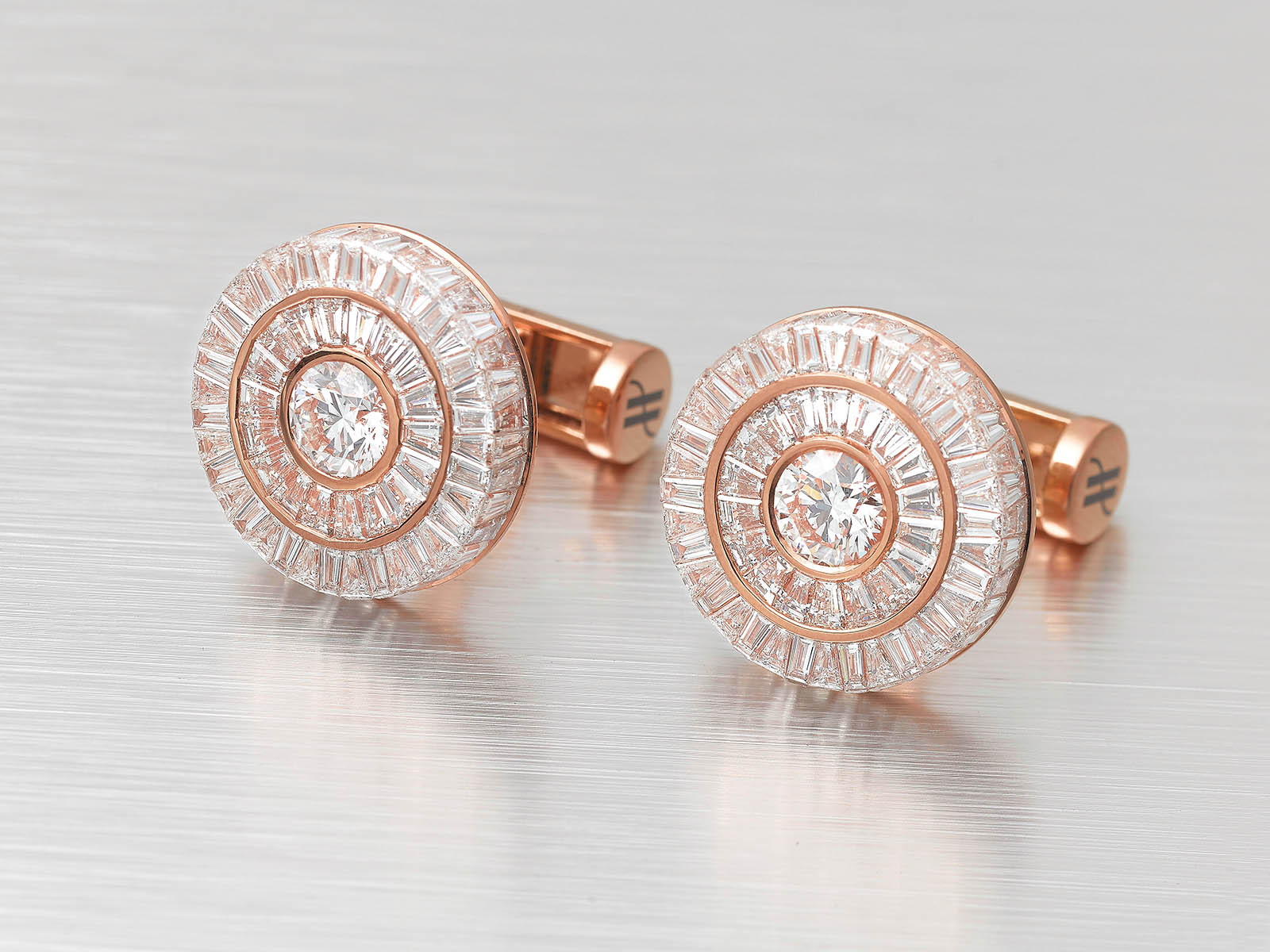 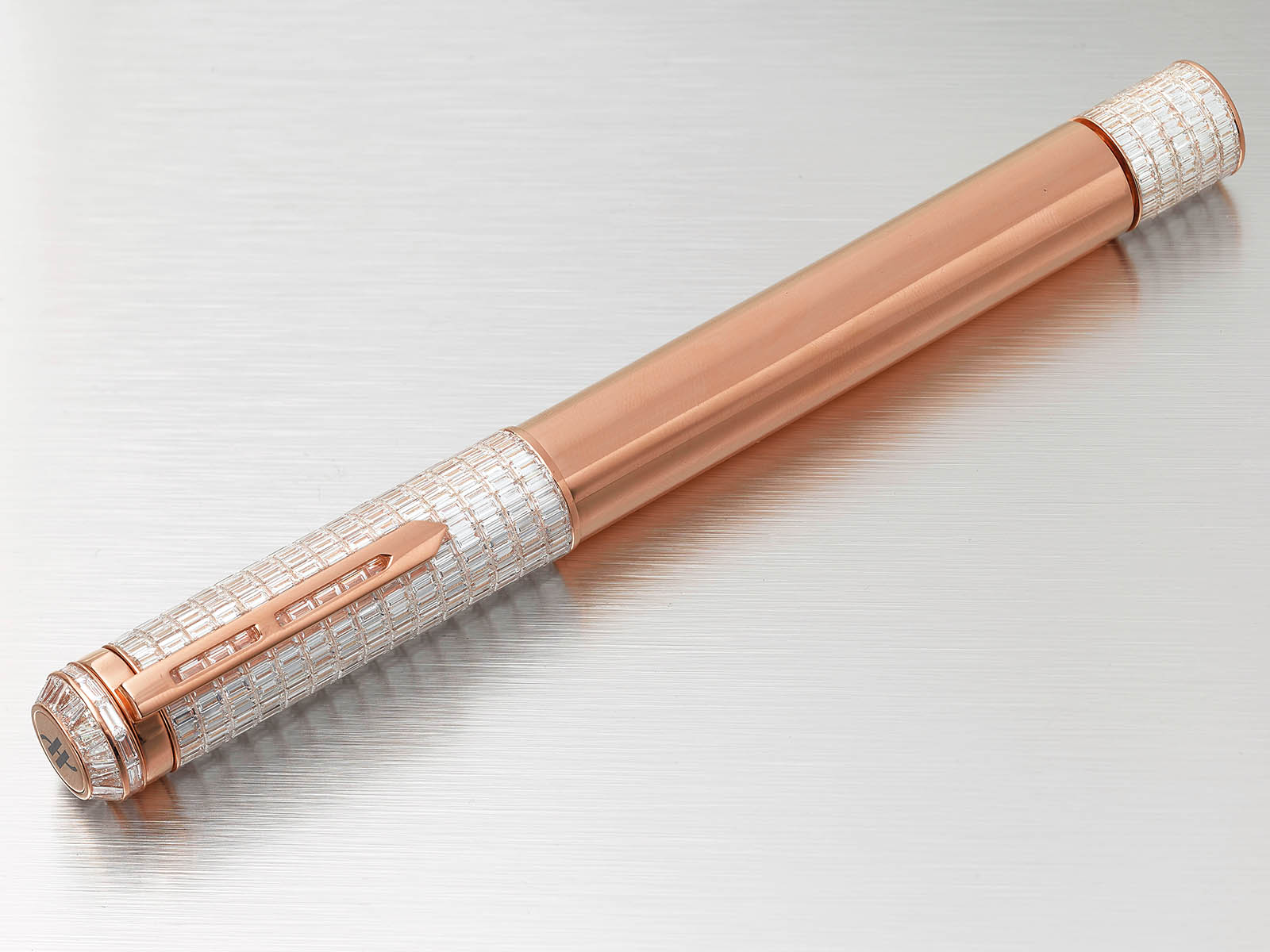 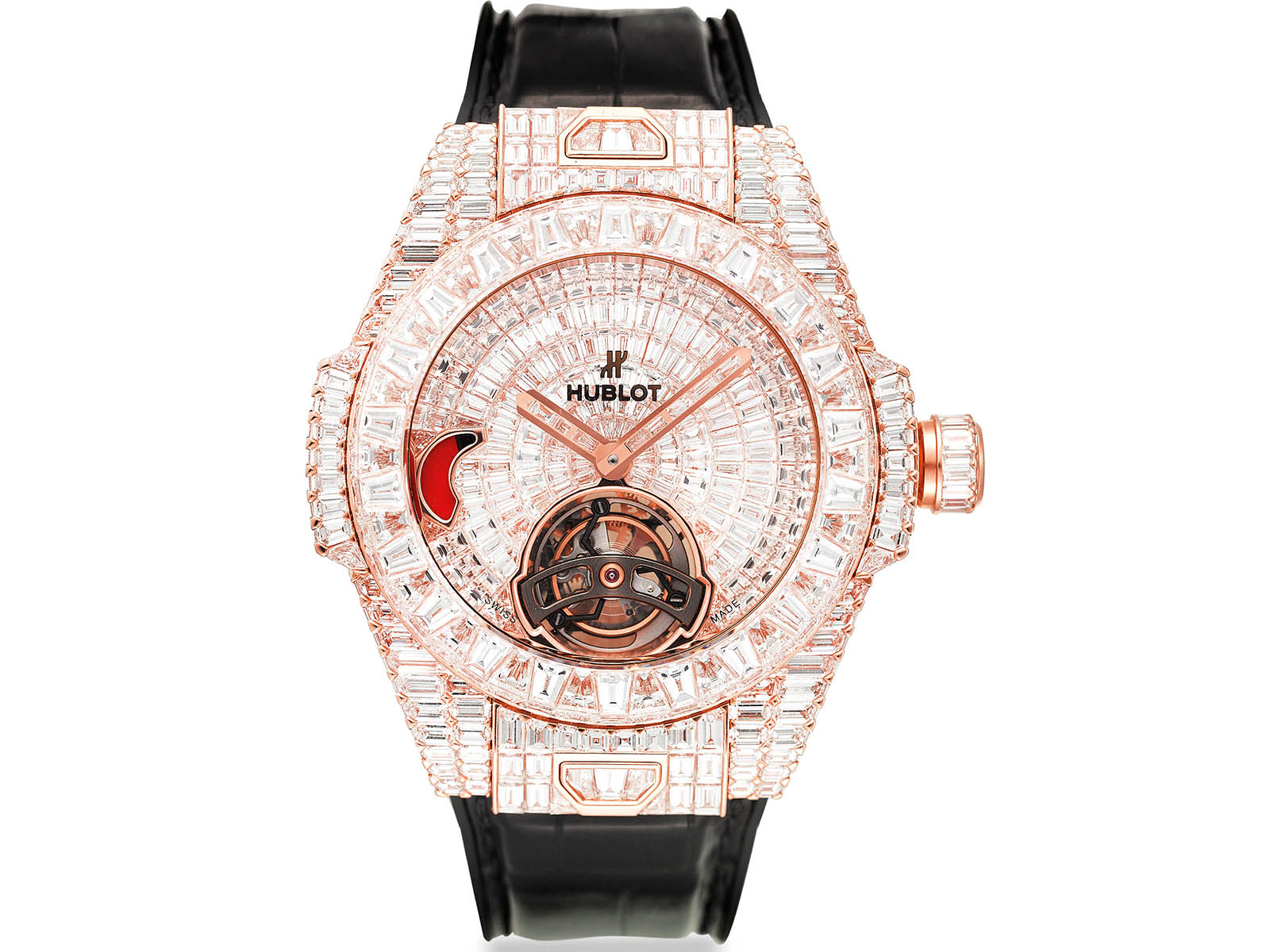 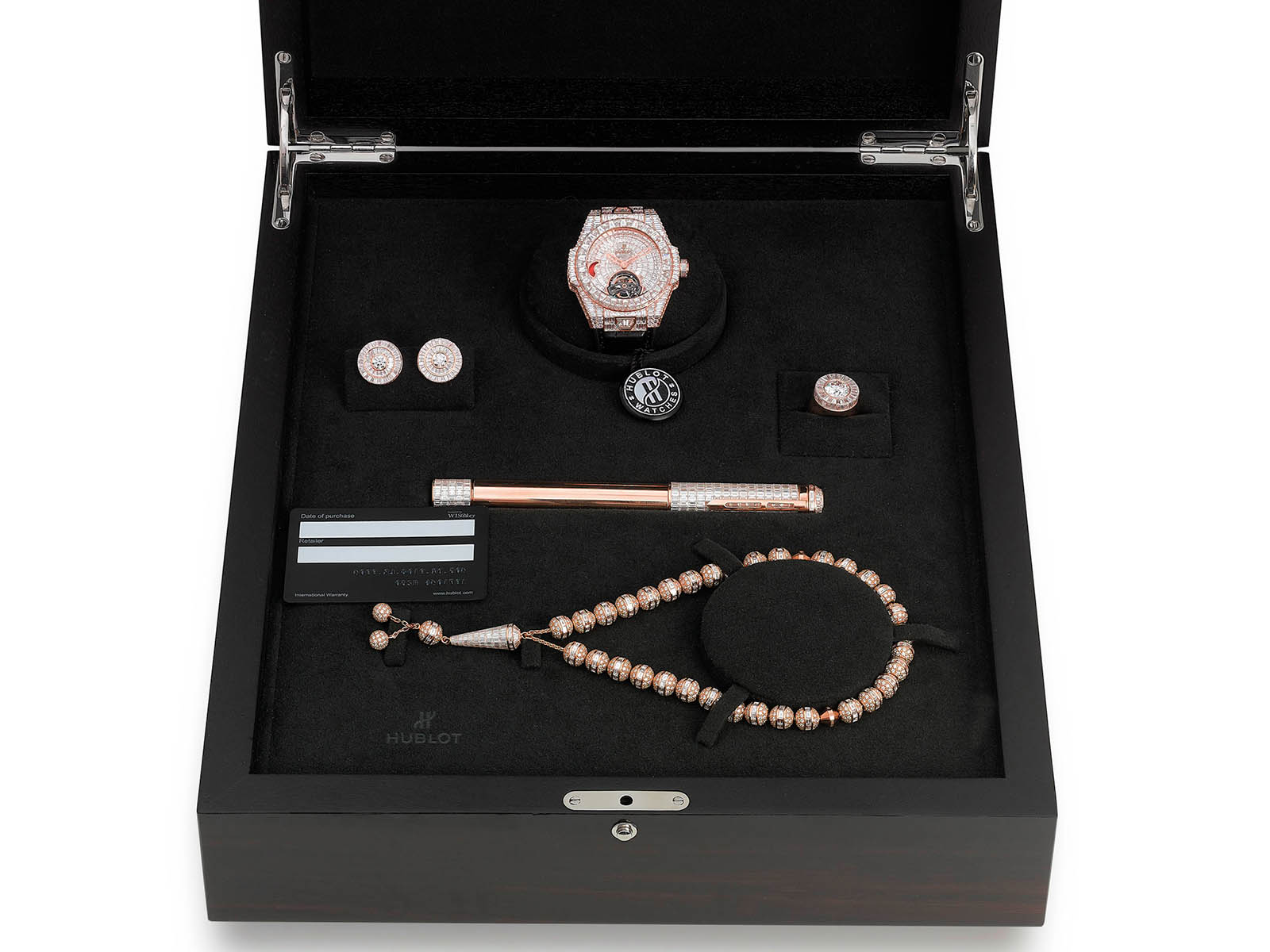 - Besides the regular auctions, we know that you also deal with major watch collectors in person around the globe. Do those collectors actually wear these timepieces or keep them in their safes?

Sandro Fratini, a very important Italian watch collector of approximately 2000 timepieces, of which we have regrouped 600 in a book entitled MY TIME and for sale at Christie’s, never wears any of his watches – he keeps them in different safes, in different locations and he enjoys them by examining them from time to time. 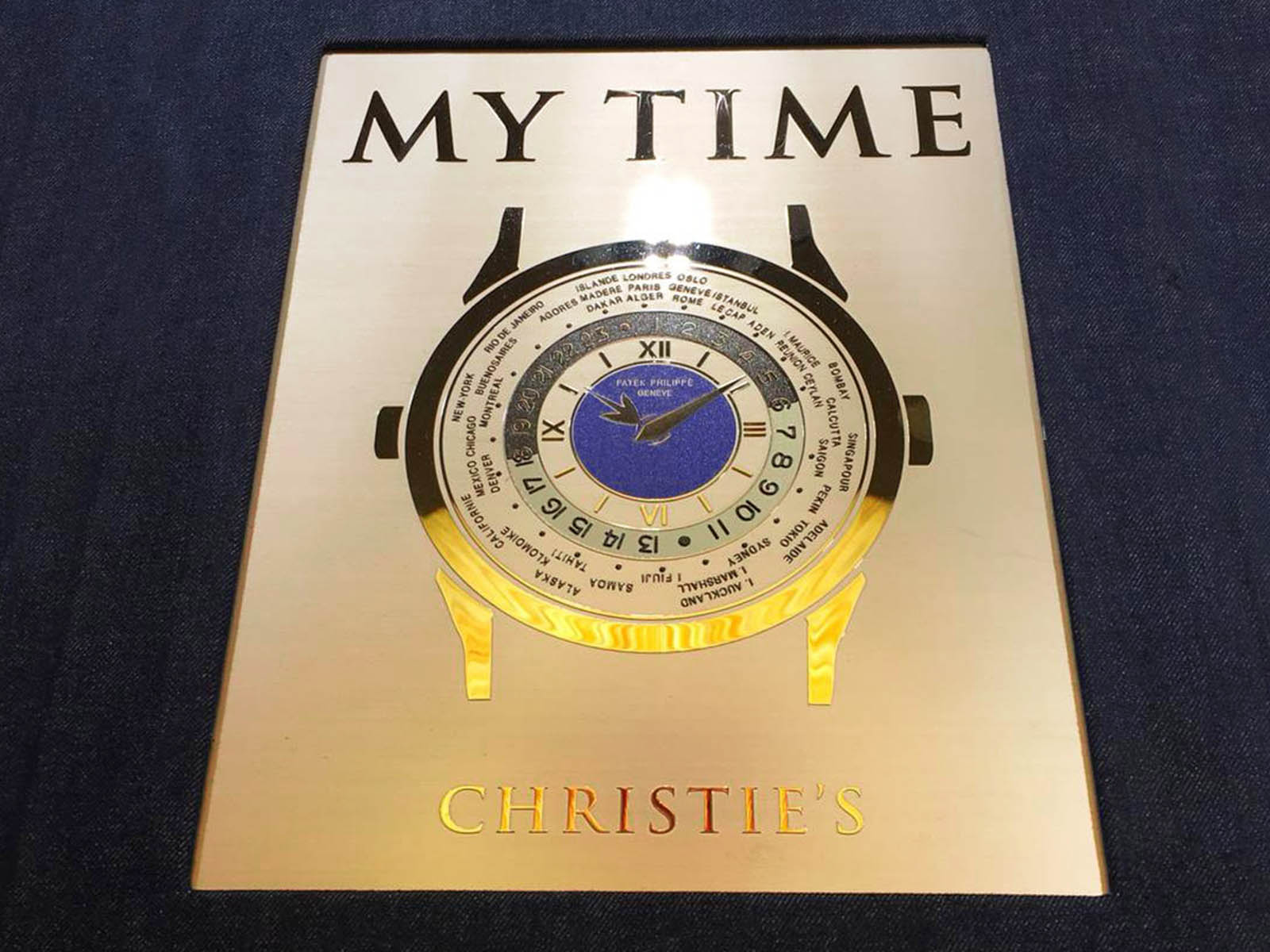 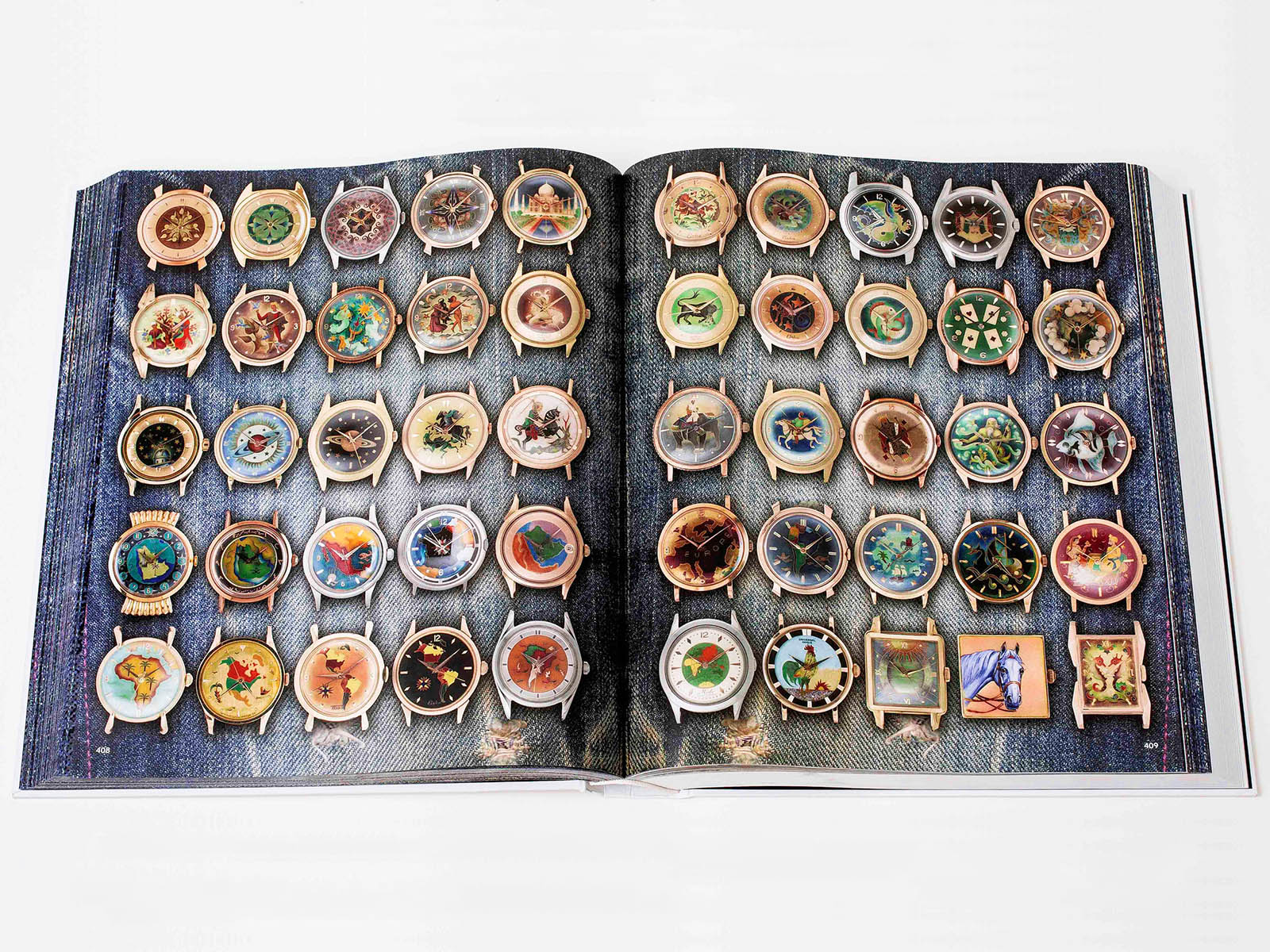 I would say Sandro is an exception and most collectors do wear their timepieces and watches have been made to be worn or as tool watches made by Rolex! 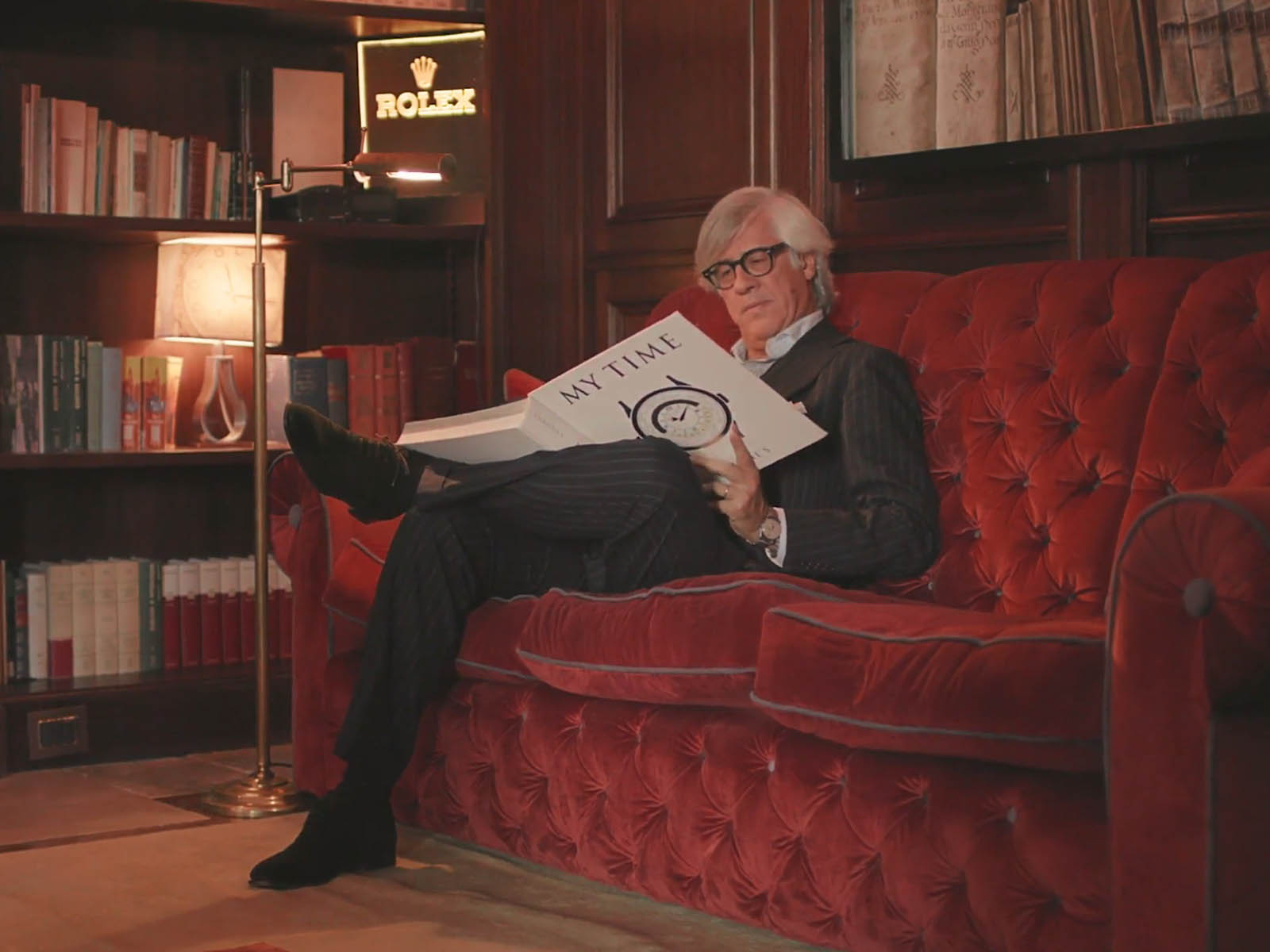 - What is your top-three models in this upcoming auction and why do you think they are more important than the others? Please see above and below:

Reference 2499 is considered as the benchmark grand complication for Patek Philippe and would last a remarkable 35 years in the Patek Philippe line-up. The 2499 reference went through four iterations, and the level of rarity depends on which of the series you are looking at. In total, across four iterations and 35 years, just 349 examples of the 2499 reference watch were made, which equates to around 10 watches a year. The first and second series each lasted for only four or five years, making them the rarest of all. The most common reference 2499 is the third series (1960 to 1978), which accounts for approximately half of the watches made, from which our 1976 manufactured watch dates (estimate: $450,000-550,000). 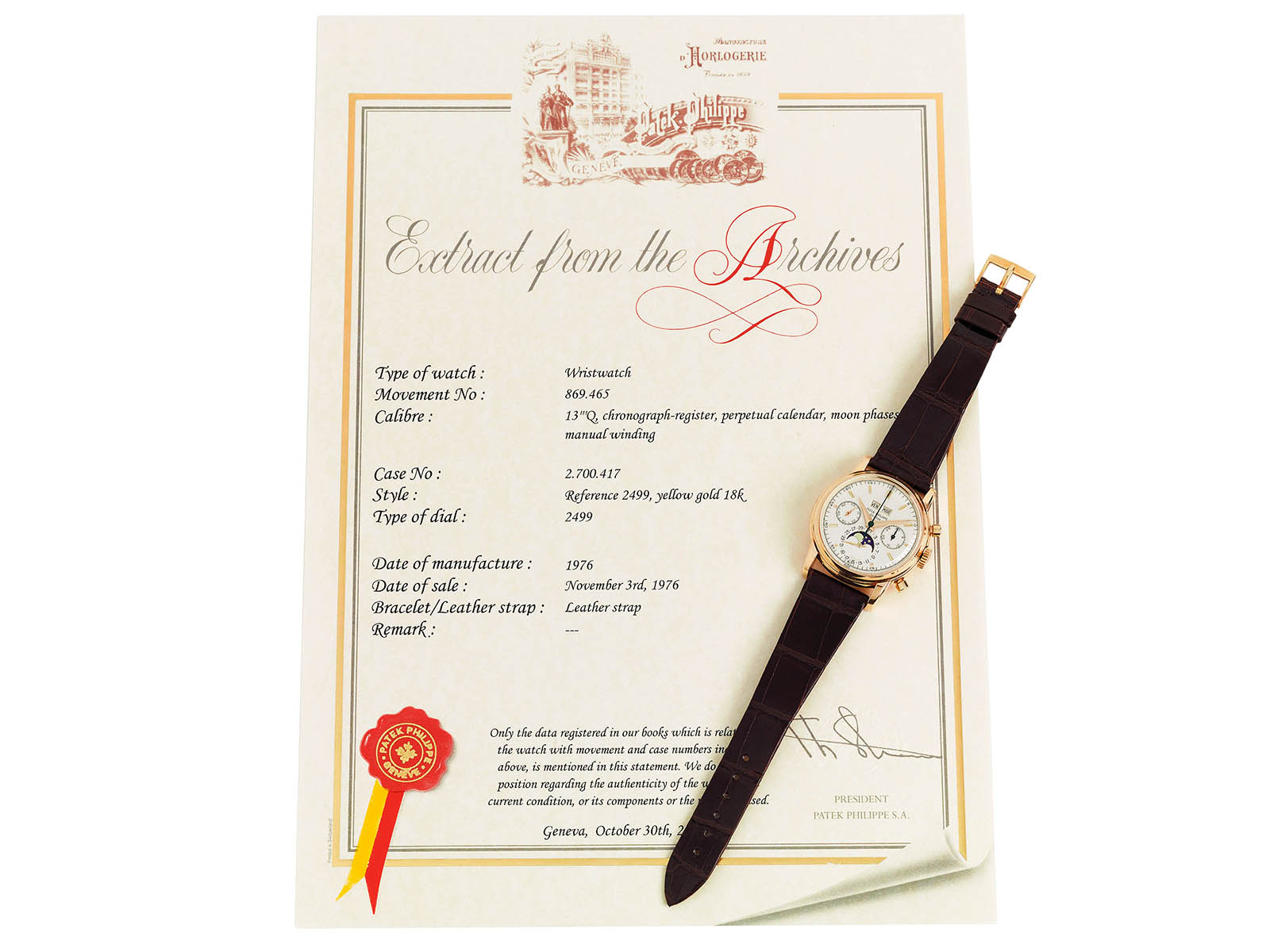 A Rolex Daytona reference 6241 with Cherry Logo has not been offered at any auction since 2014. The powerful looks of the watch are further boosted by the cherry red Daytona designation, the only note of color present on the entire watch. In stark contrast with the black background, it seems to nearly hover above the dial. Models in 14K gold, such as the present watch, were exclusively reserved for the North American market. Reference 6241 was introduced to the market in the early 1960s and remained in production until around 1969 (estimate: $380,000-580,000)