MB&F introduced the final edition of the HM6 in stainless steel, which is quite rare for the Horological Machines model family. 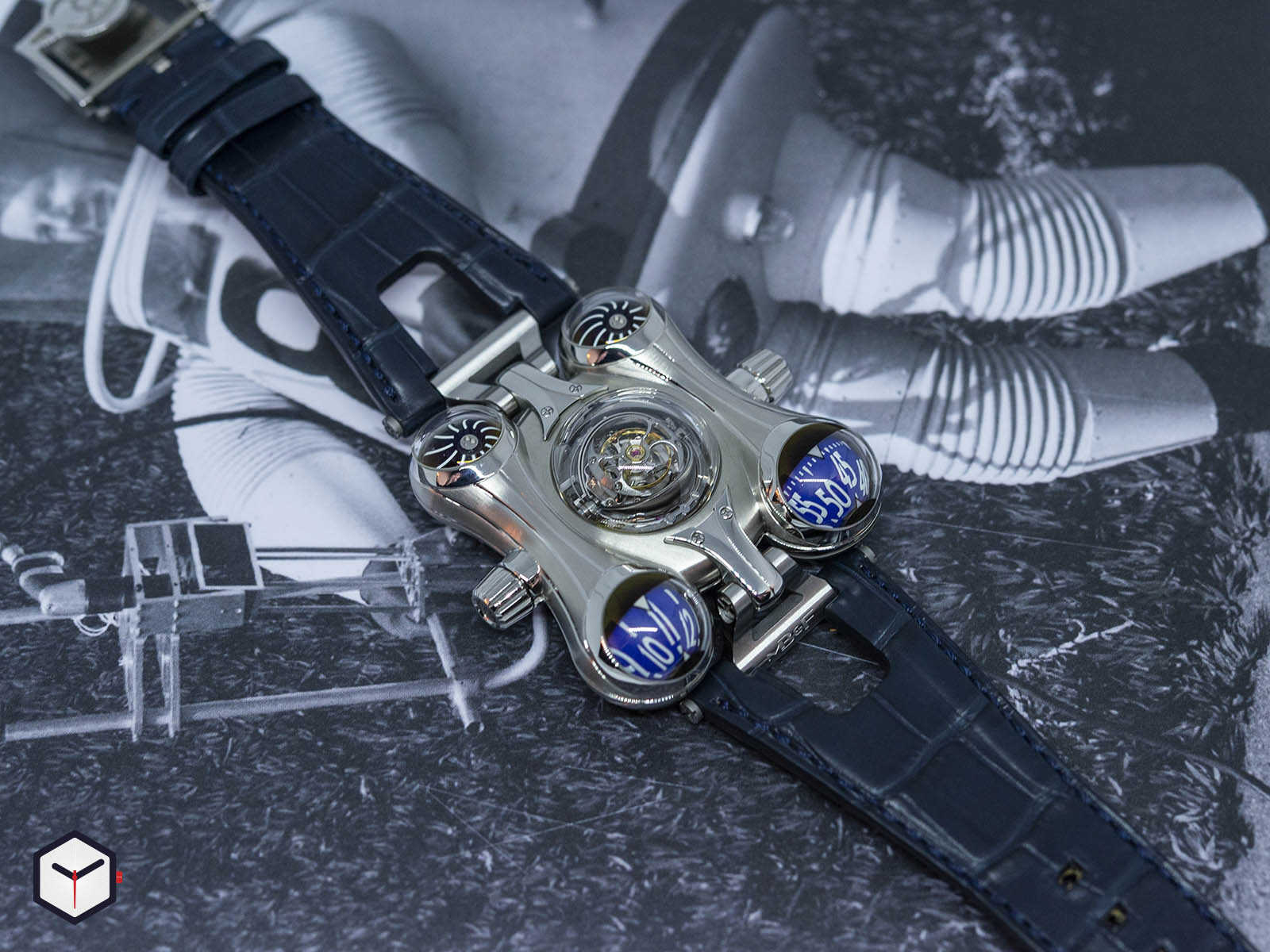 The model added to the famous brand’s catalogs in 2014 continued to be produced in different versions until today and pretty much attracted the attention of every watch enthusiast. The interesting model family, including the SV model, which draws attention with its case made of sapphire crystal, is preparing to perform its jubilee with the HM6 Final Edition version limited to only 8 pieces. 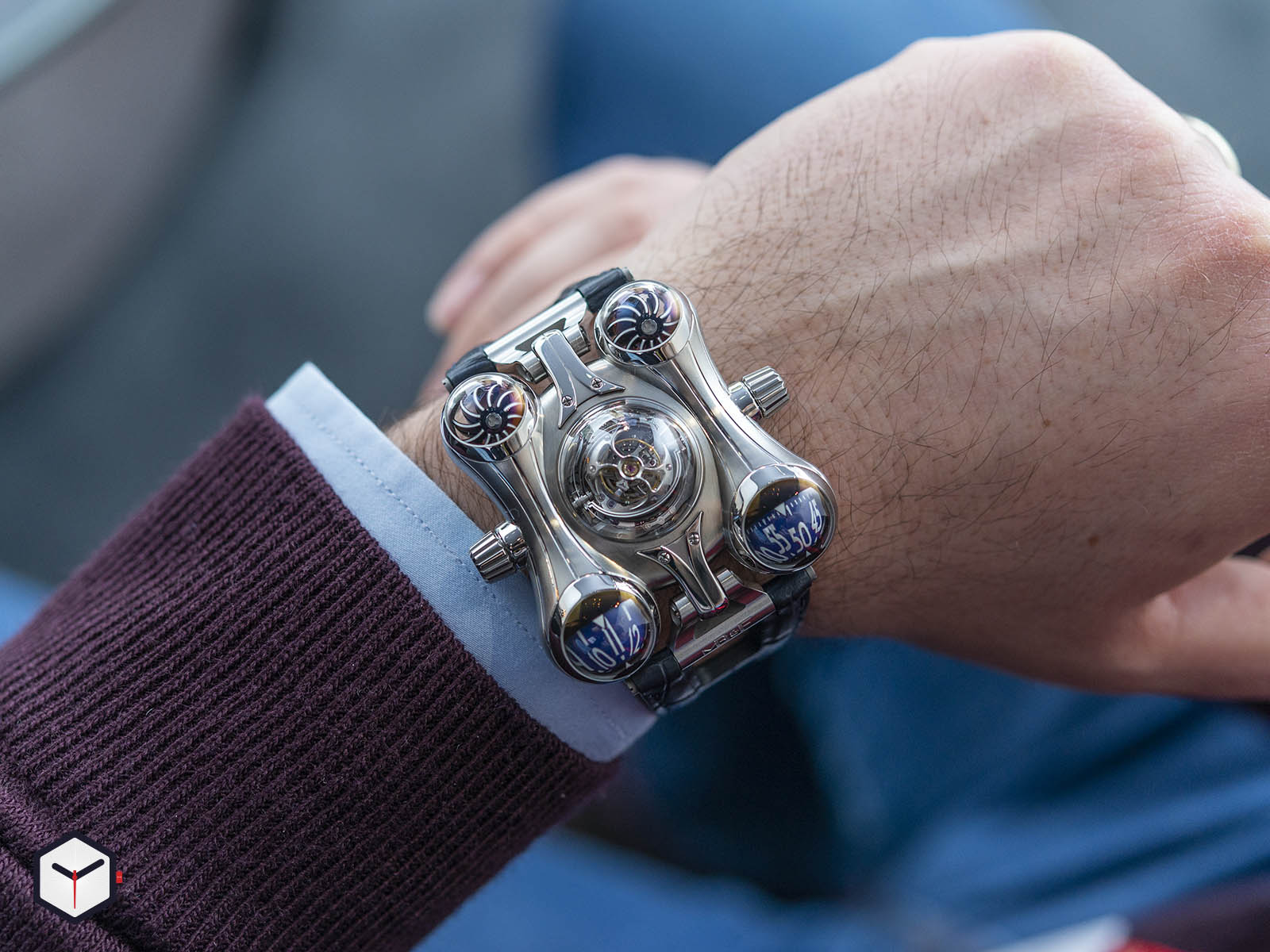 The new model comes in a stainless steel case, which is a rarity considering the previous HM models, measuring 49.5mm x 52.3mm x 20.4mm. Composed of 80 different parts, the case sports 10 sapphire crystals in total; 9 domed (4 for the hour and minute indications, 4 for the turbines, 1 for the tourbillon) and one flat (display back). The case is water resistant to 30 meters / 3 bars. 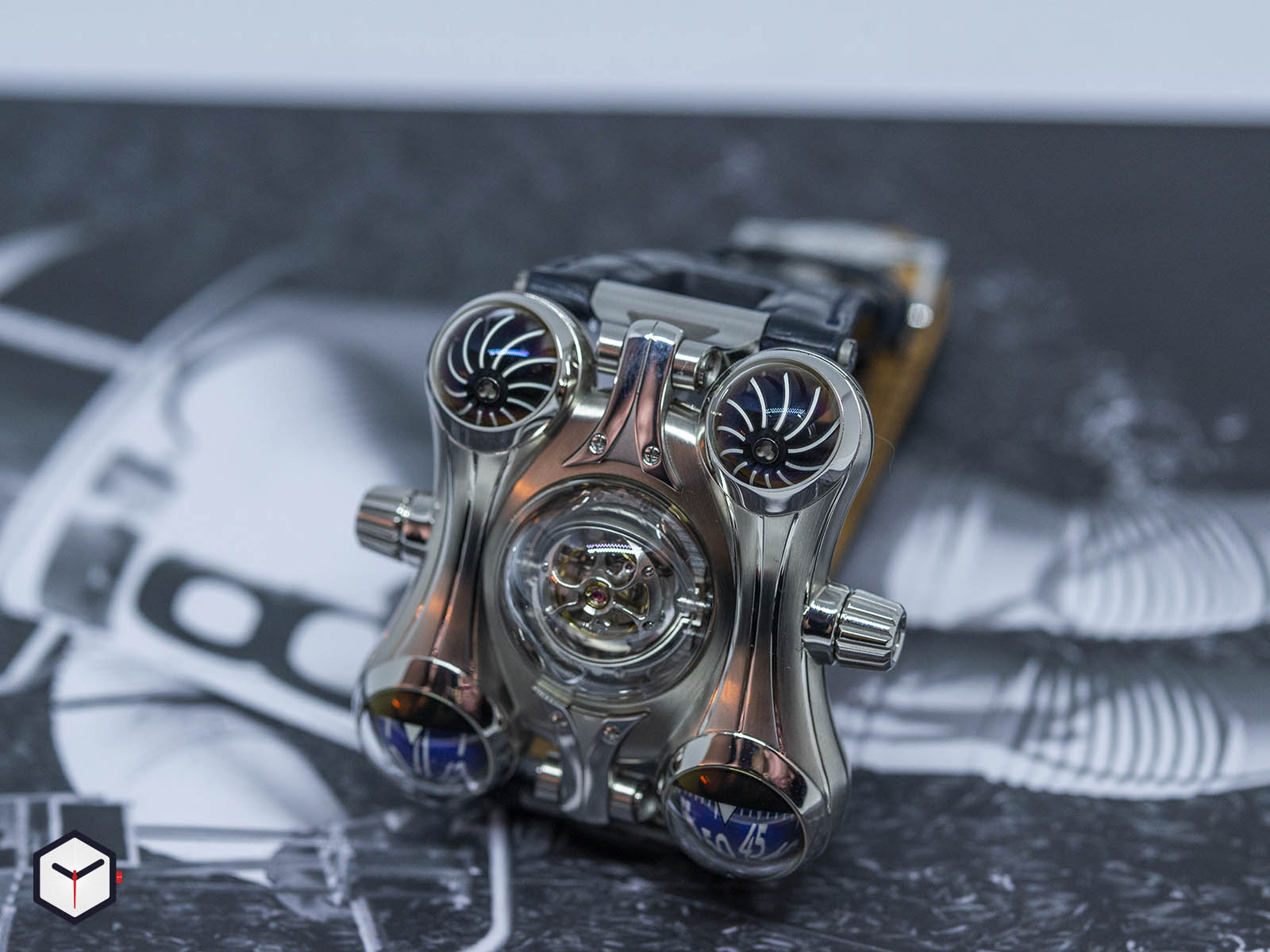 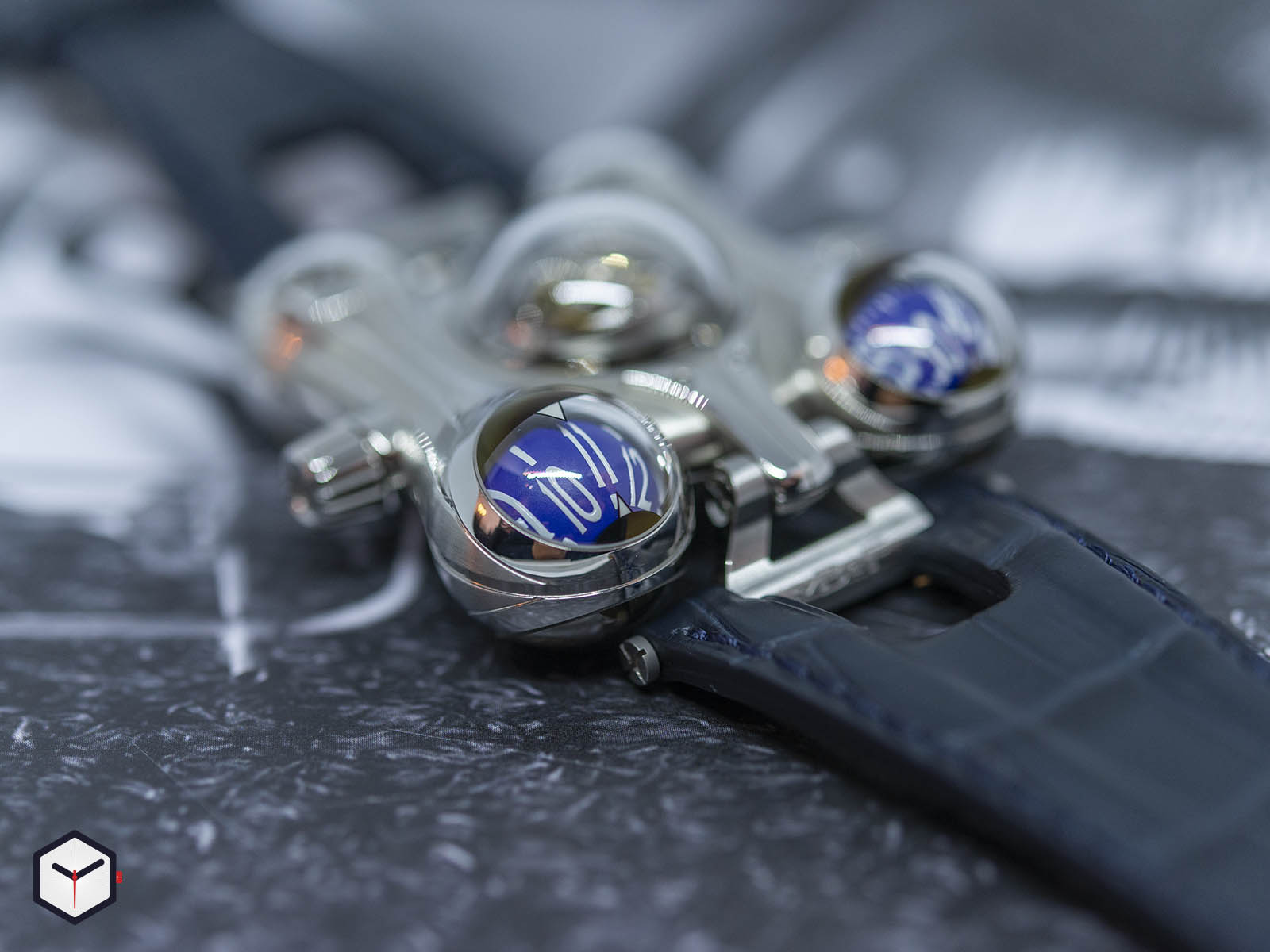 Time display of the model is designed in-line with the Horological Machines style showing hours and minutes on separate semi-spherical aluminum indicators. Dual turbines regulate the automatic winding rotor. The left crown opens/closes the Tourbillon shield while the right crown is used for time setting and winding functions. 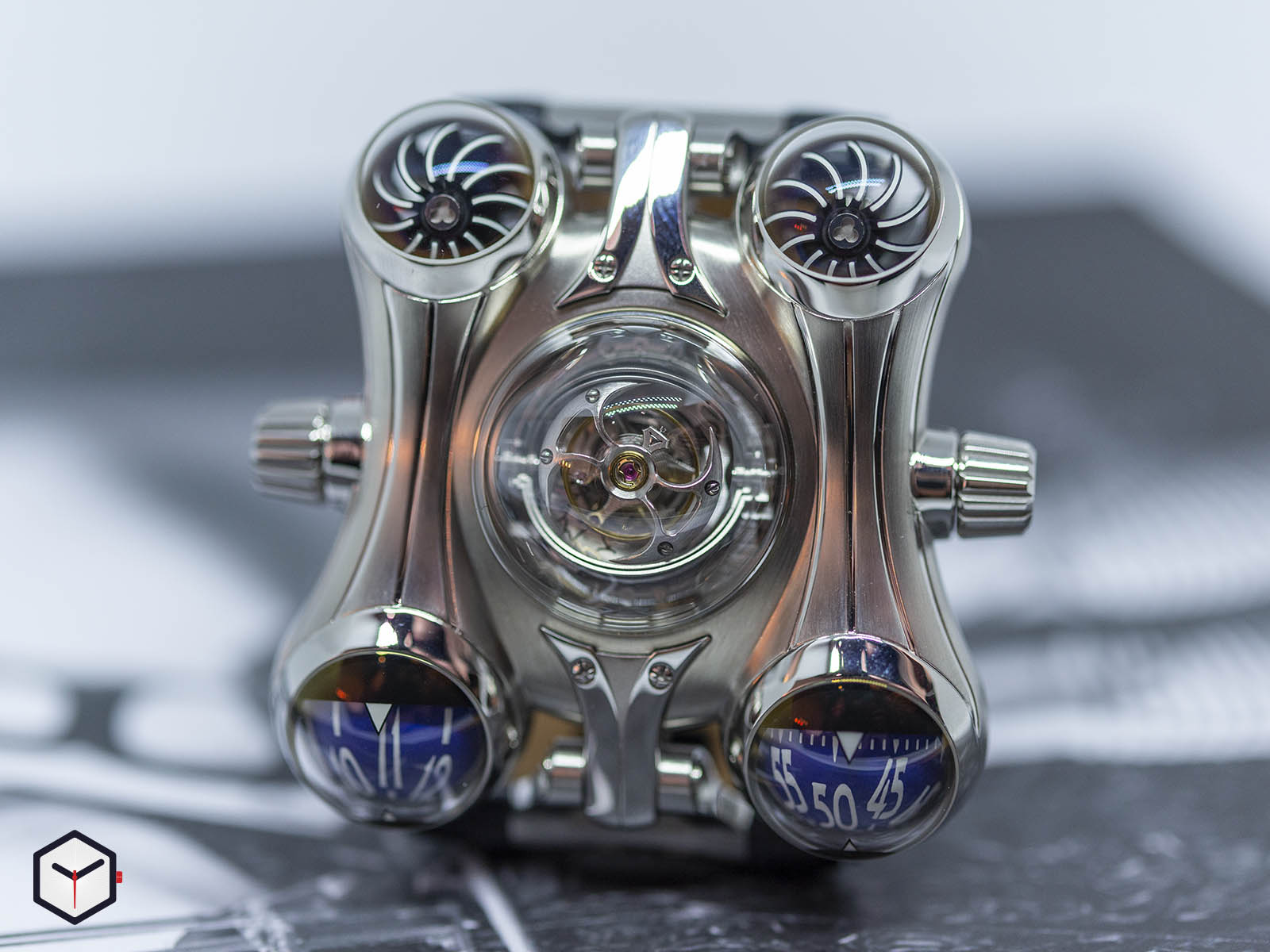 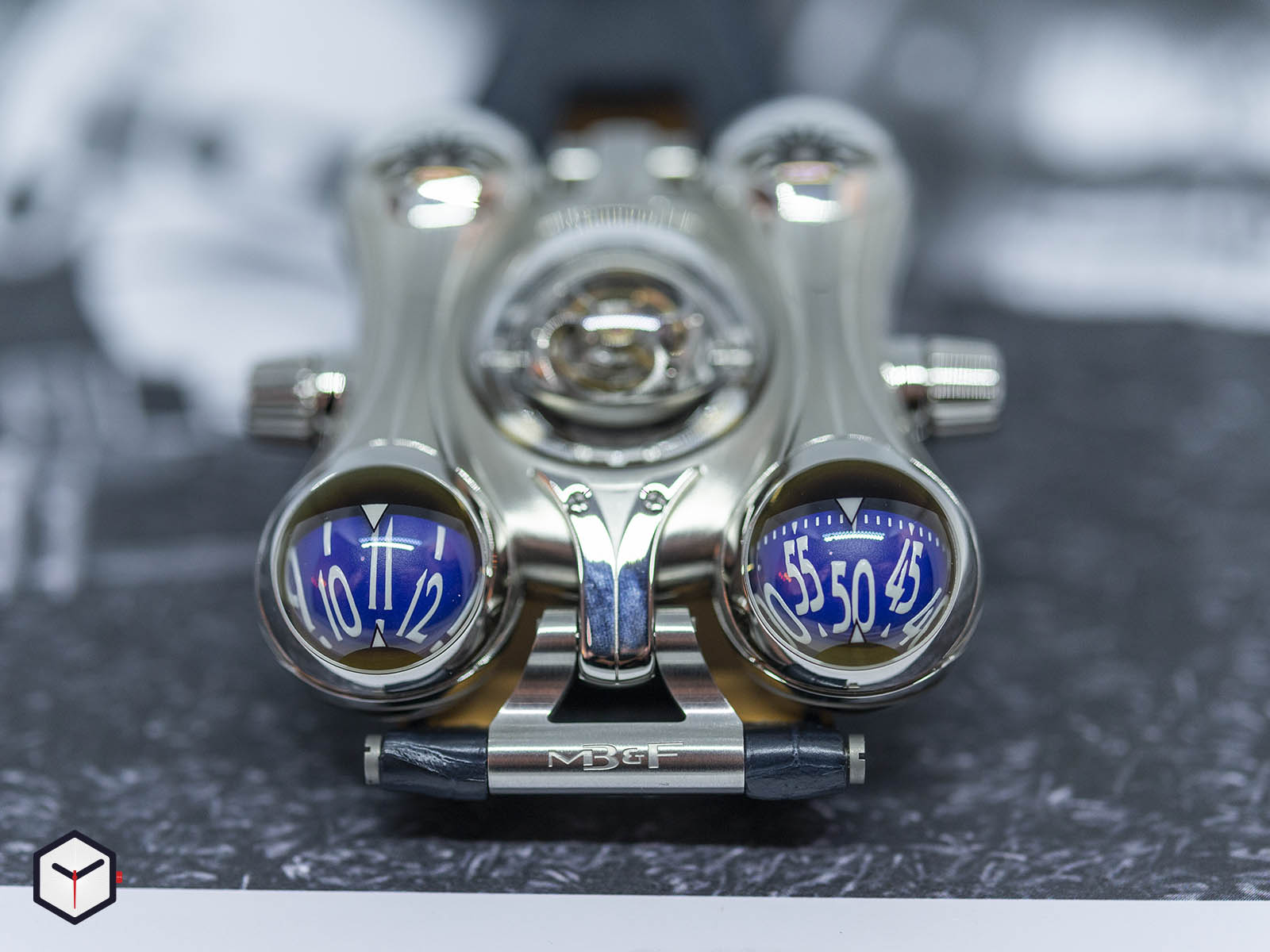 The model is powered by the 3D horological engine developed exclusively for HM6 by MB&F with David Candaux Horlogerie Créative. Self-winding movement is equipped Grade 950 Platinum battle-axe automatic winding rotor that drives a pair of aluminum turbines. The movement beats at a frequency of 2.5Hz and offers a power reserve of 72 hours (3 days) when fully wound. Composed 475 components (68 jewels) the movement is equipped with one-minute Flying Tourbillon. 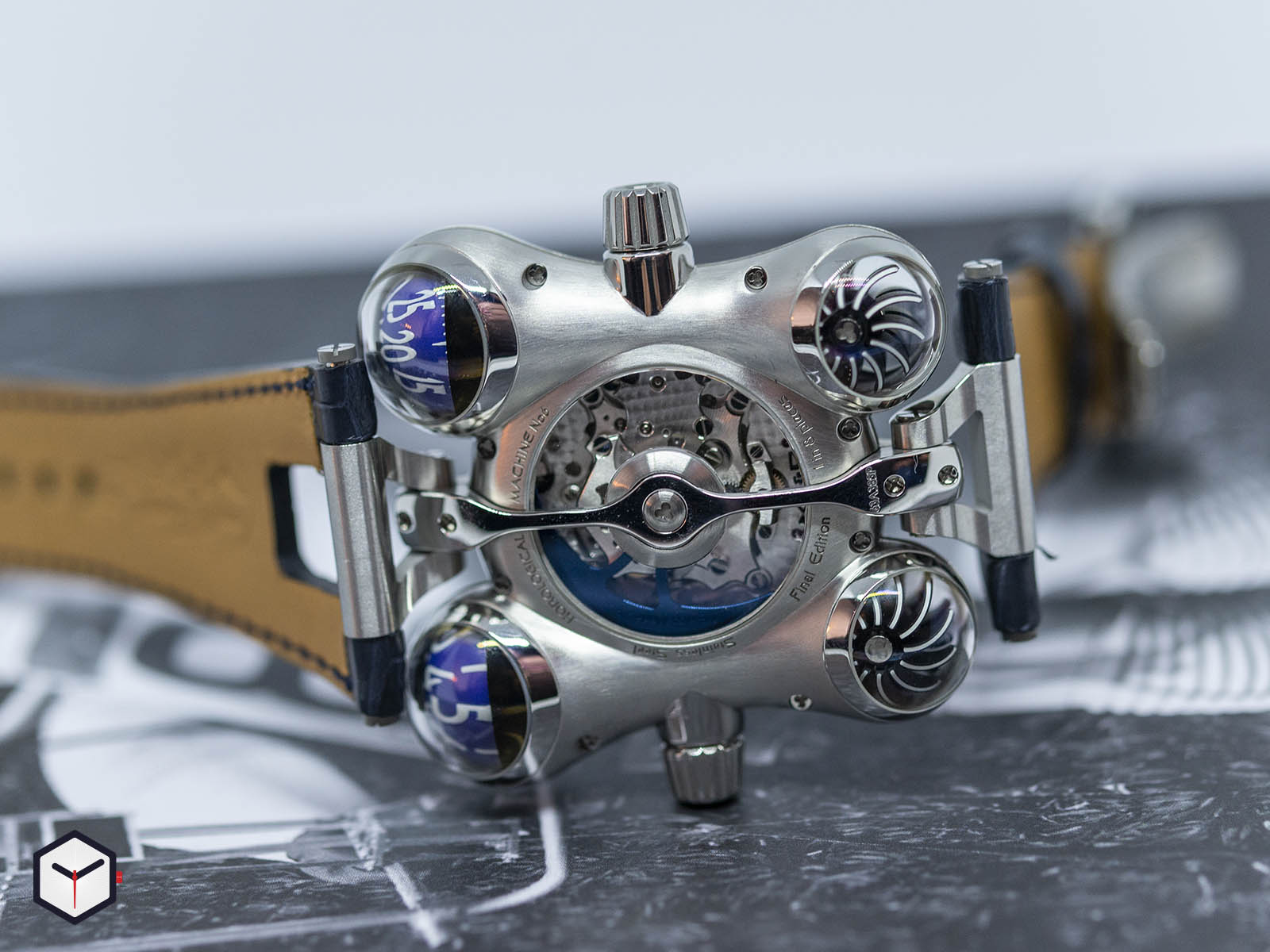 The new model, which is offered with a dark blue alligator strap that is secured by a stainless-steel folding clasp, comes with a MSRP of CHF 210,000. 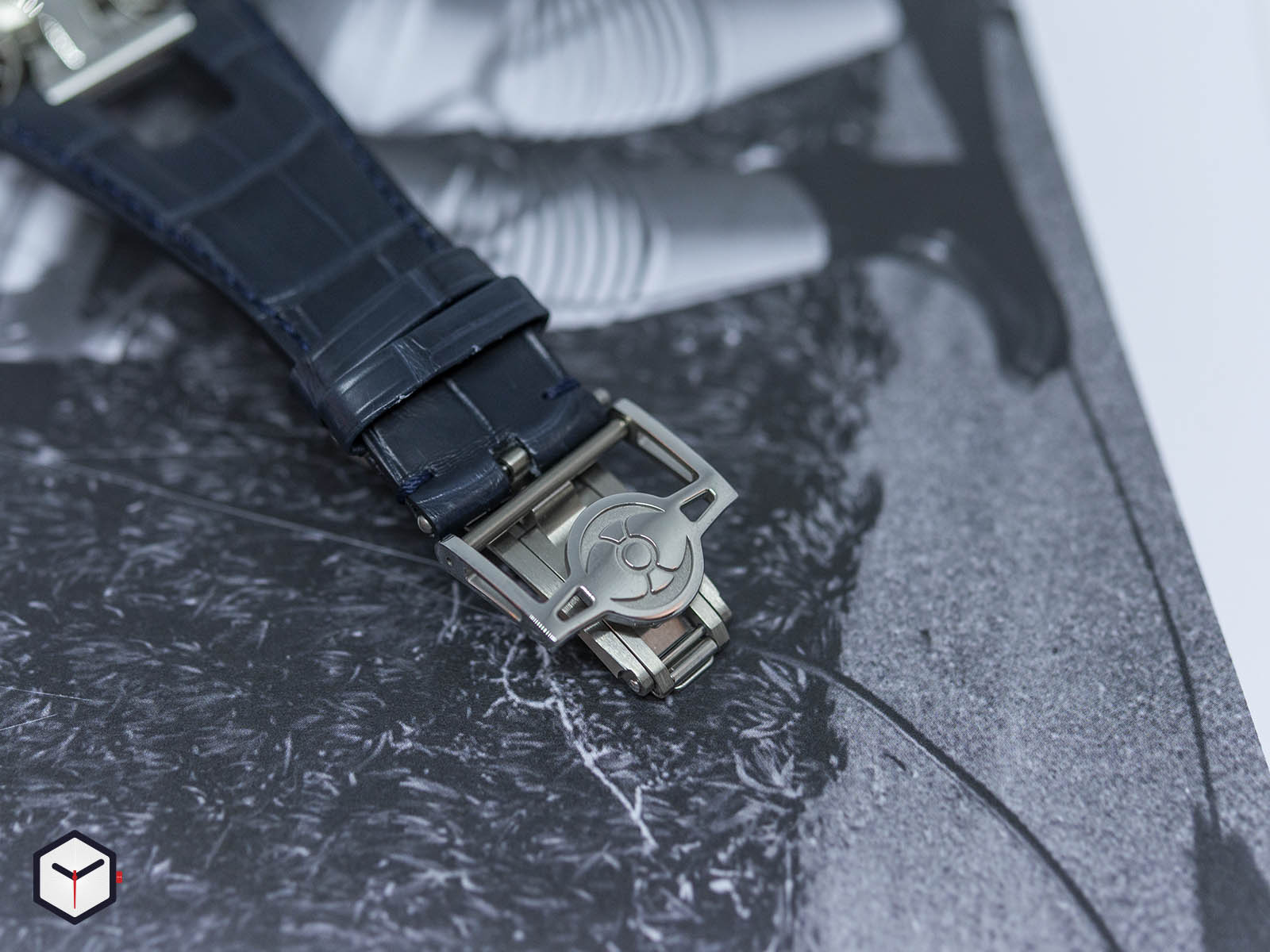 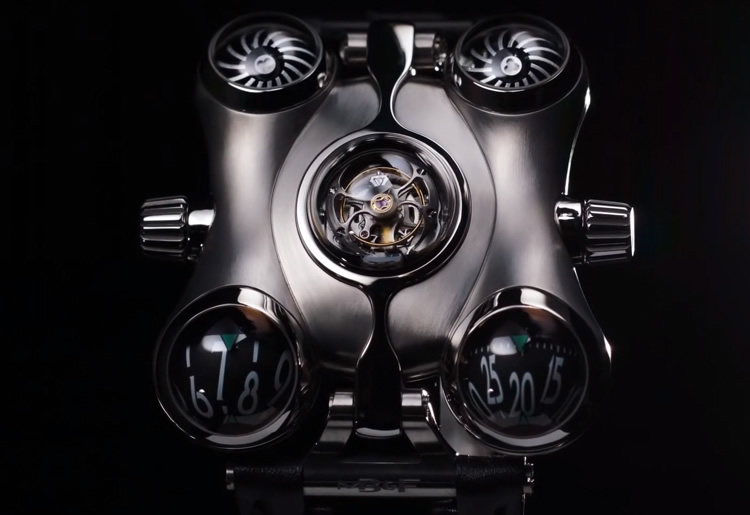