MB&F, who is one of the star brands of “exotic watches”, has announced a new table clock just before Baselworld 2018. The model, which is a co-creation from the partnership of MB&F and L’Epee, not only provides information about the time, but also provides other informations, such as air pressure and temperature. 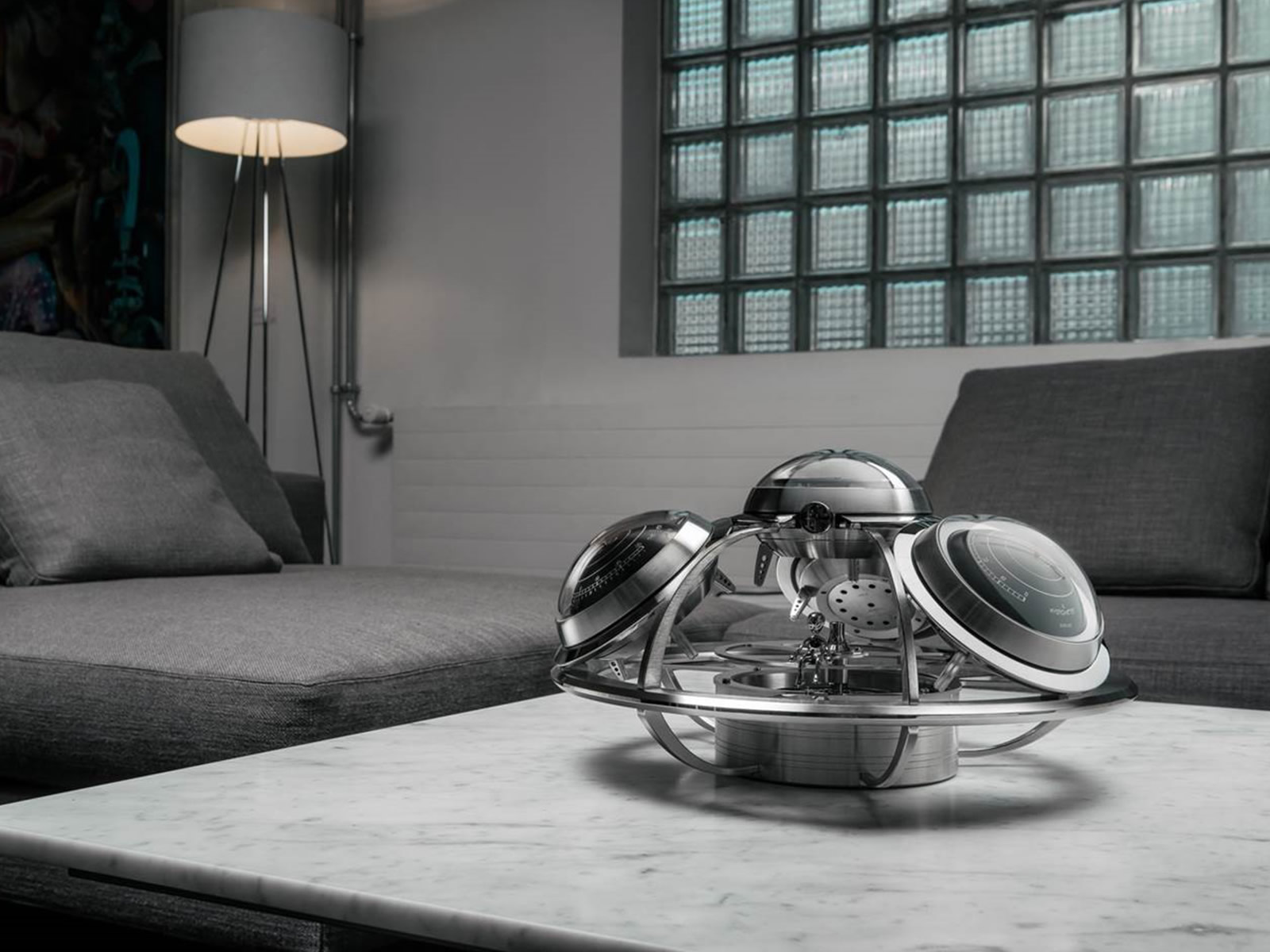 The design, which houses 4 different sub-dials, is inspired from 1950’s UFO ships and alien designs. 4 sub-dials, each provides different measurements such as hour, thermometer, barometer, hygrometer, can be removed and used seperately on demand. MB&F calls this clock as “desktop weather station” and stands up against the electronical measurement devices of the 20th century. 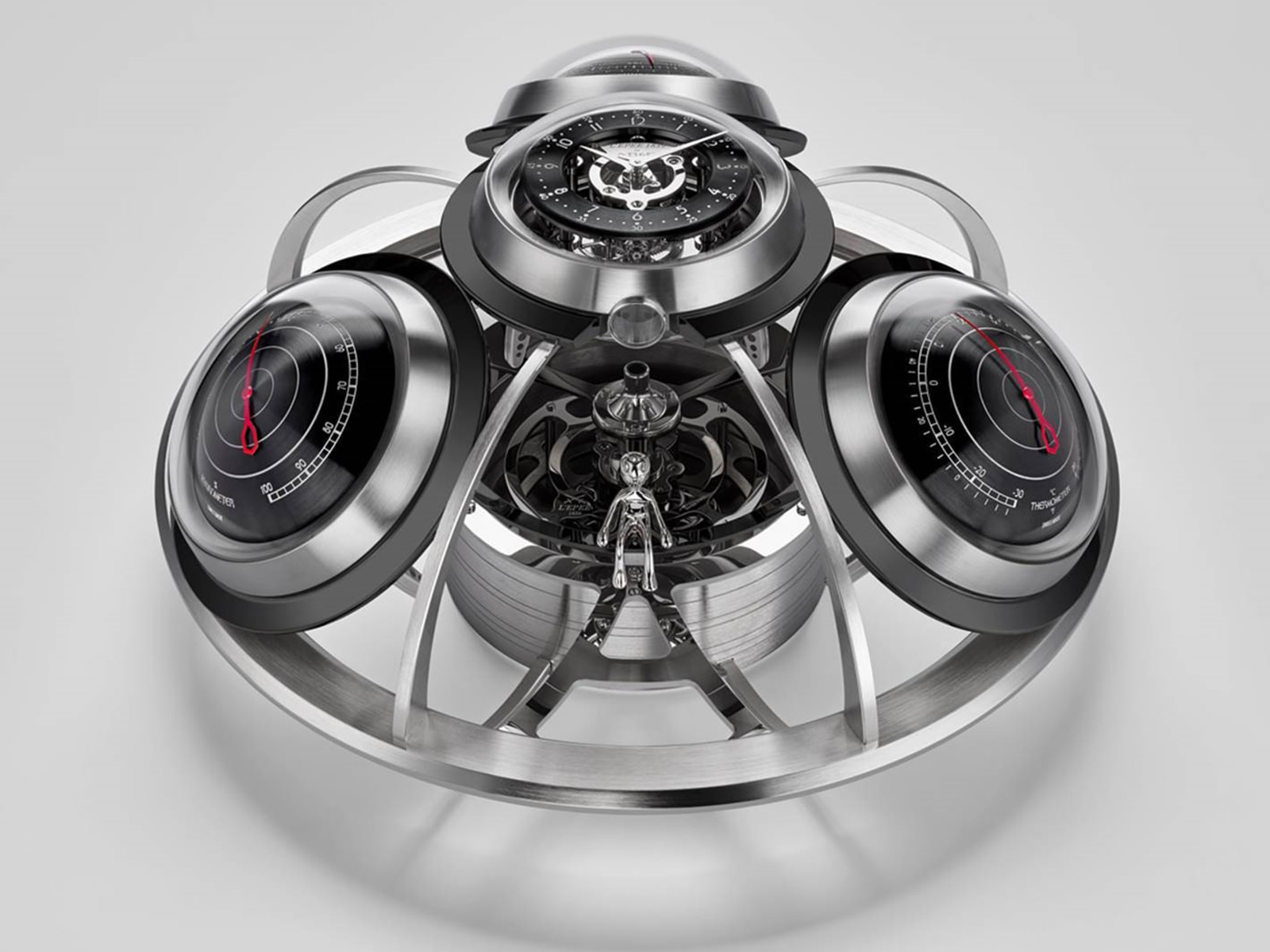 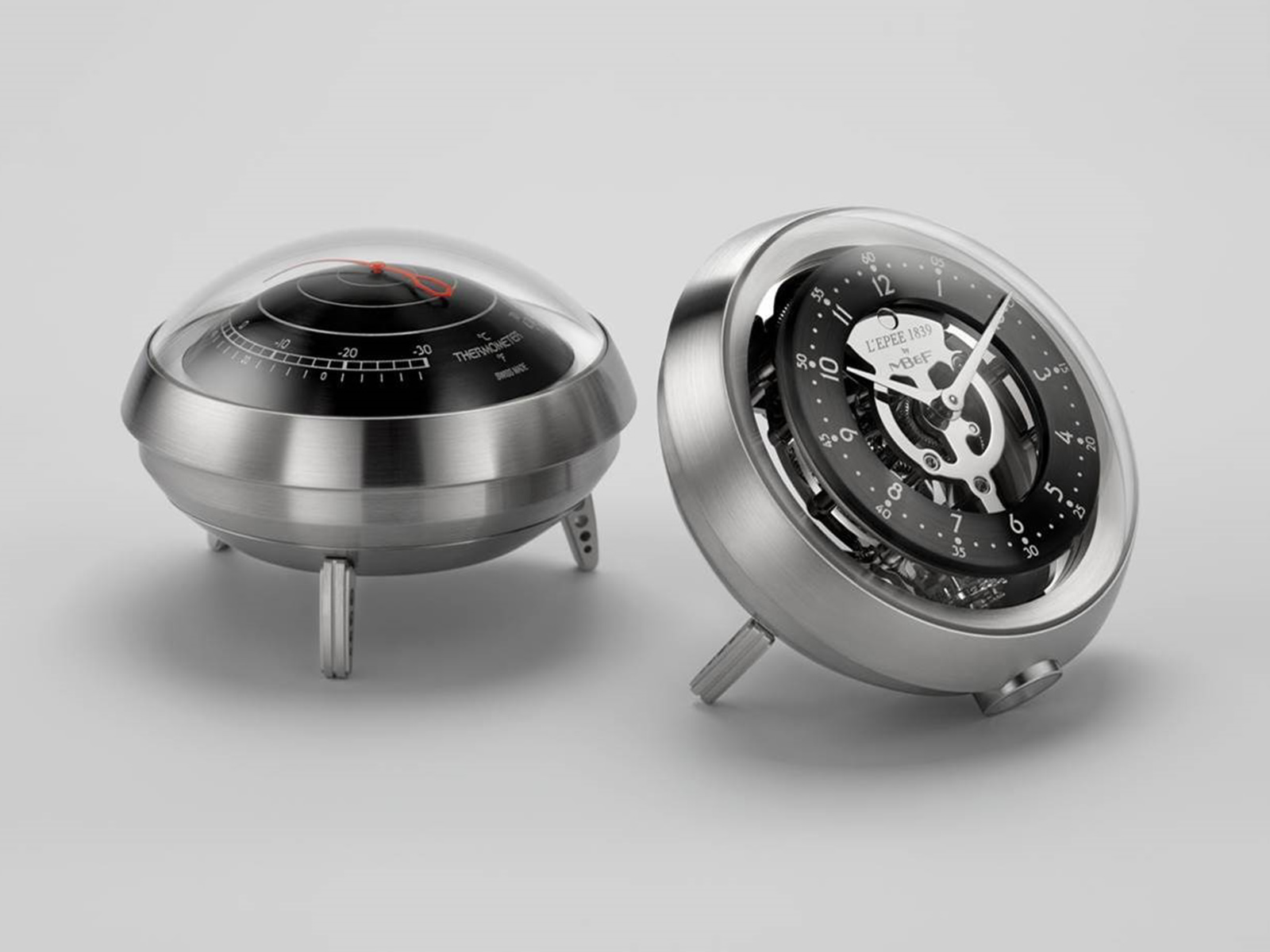 The table clock is limited with 18 pieces, measures 37.5 mm in diameter and 20.9 high. The fifth element includes 531 components and weighs 15 kg. The brass UFO figure that is placed right in the middle of the table clock adds humor to the piece. 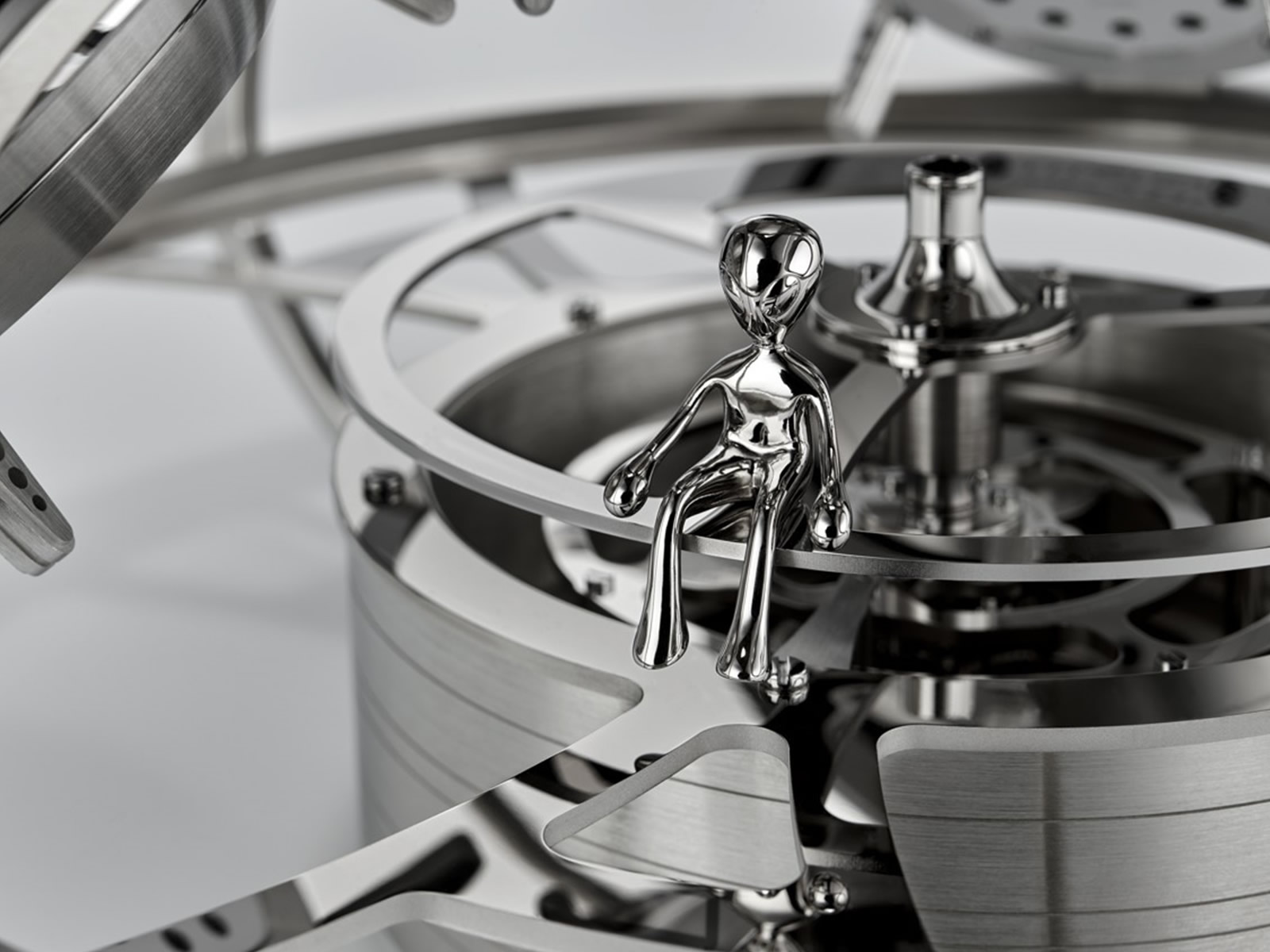 L’Epee originated 8 days hand-wound caliber gives power to The Fifth Element. The model comes with 3 different variations as silver, black and blue. Official retail price (without taxes) of the clock is 52,000 CHF.