Montblanc took its place among the brands who introduce their Pre-SIHH 2018 novelties. The brand that continued its adventure started by writing instruments with different product groups including leather goods, eyewear and luxury watches already got in to the stars of the exhibition with its new collections. 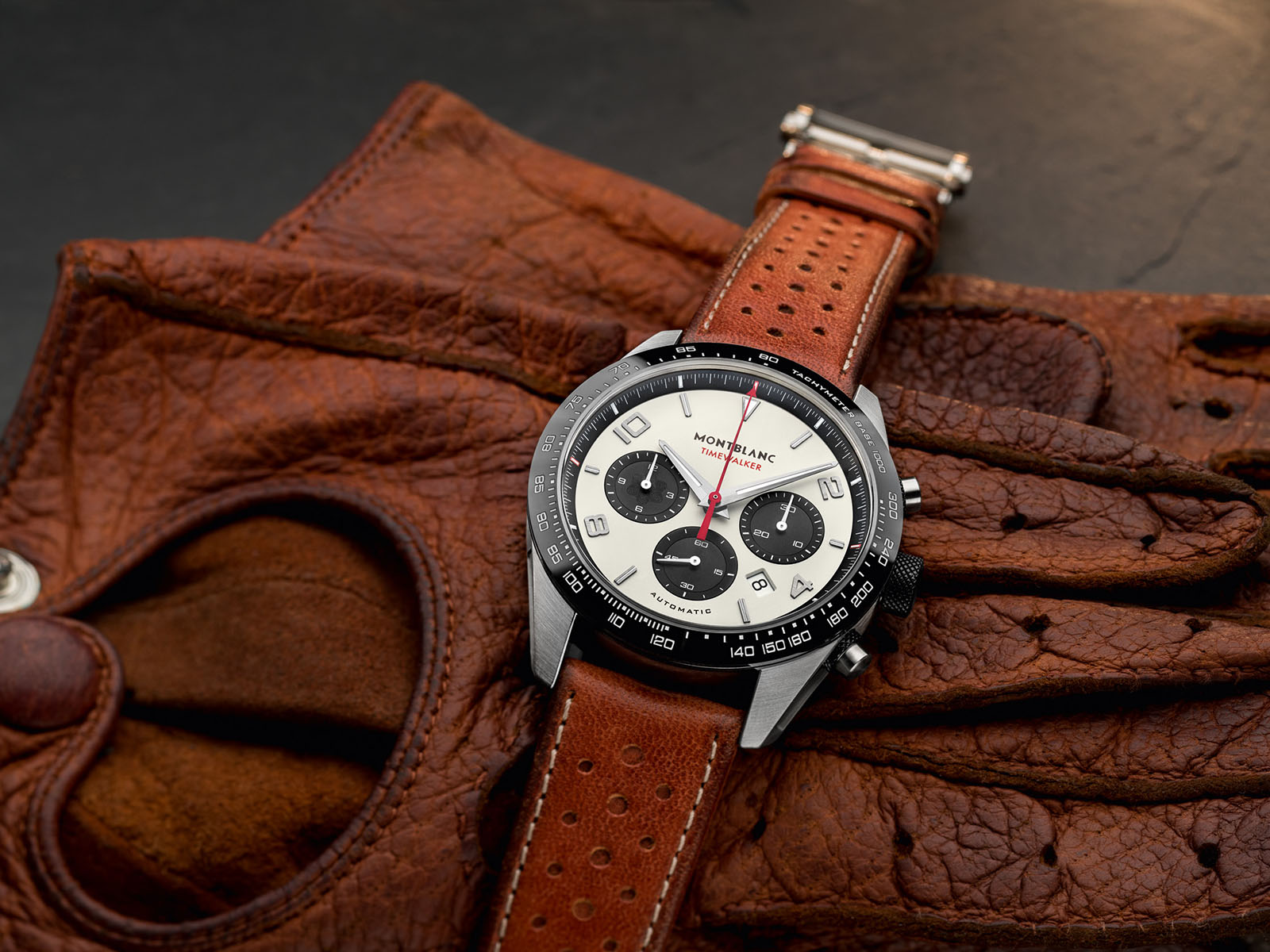 The new Montblanc TimeWalker Manufacture Chronograph model comes as a stylish and modern adaptation of the same concept. The model is offered in a satin finished stainless steel base measuring 43mm in diameter. The case sports a fixed black ceramic bezel with silver tachymeter markings. Water resistant to100 meters which is a rating that successfully expresses the sport chronograph DNA, the case is equipped with scratch resistant sapphire crystals on both sides with rear one smoked for a sportier look. 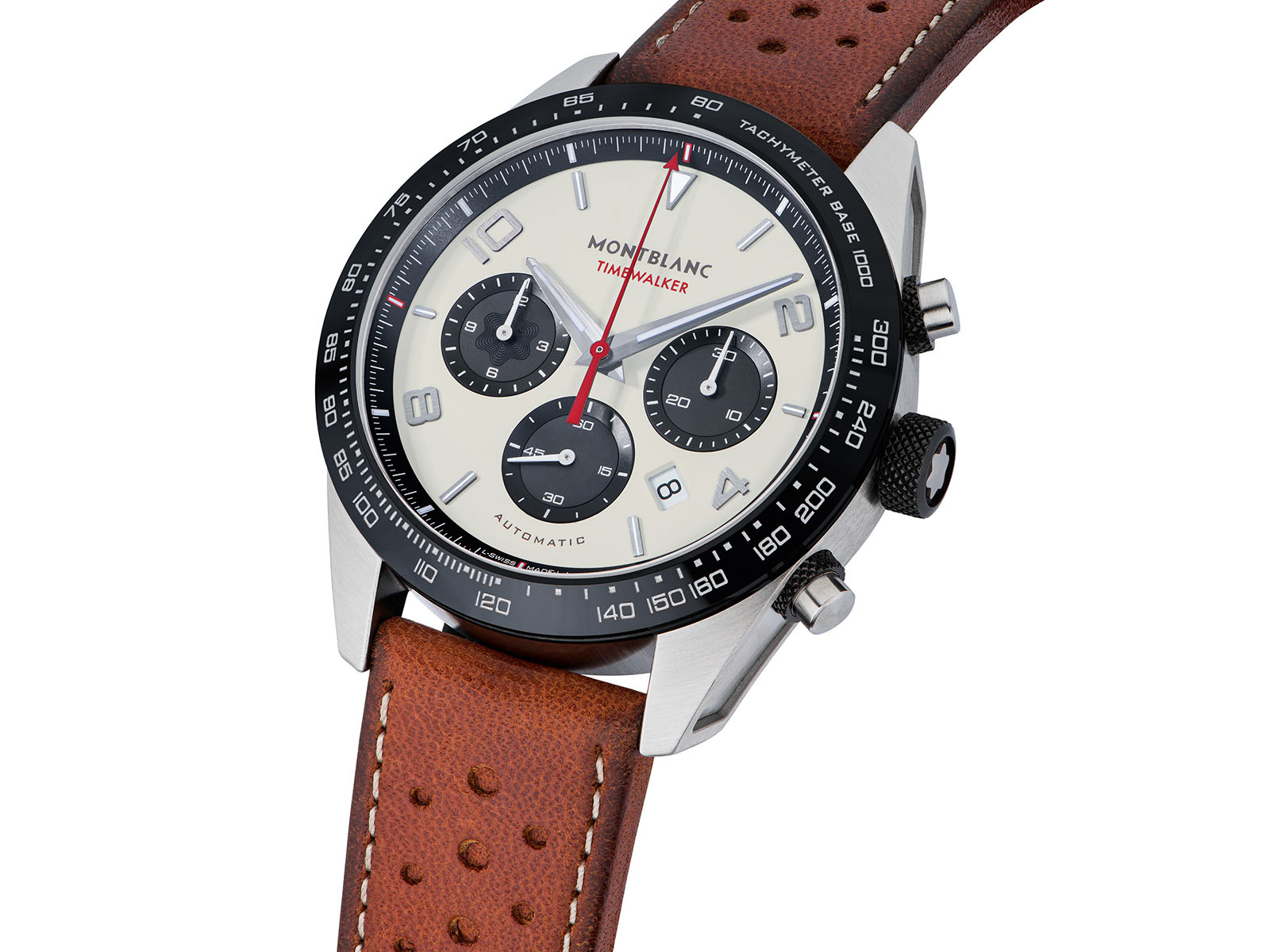 The dial of the new model is designed in Panda style which we recall on modern retro character timepieces. The sub-dials which are formed in Tri-Compax chronograph lay-out are finished in black over a white background. The dial is equipped with rhodium-plated Arabic numerals and Dauphine style hands. The center chronograph second hand is finished in red with an arrow shaped tip which tributes to Minerva. The date display is located at 04:30 position. 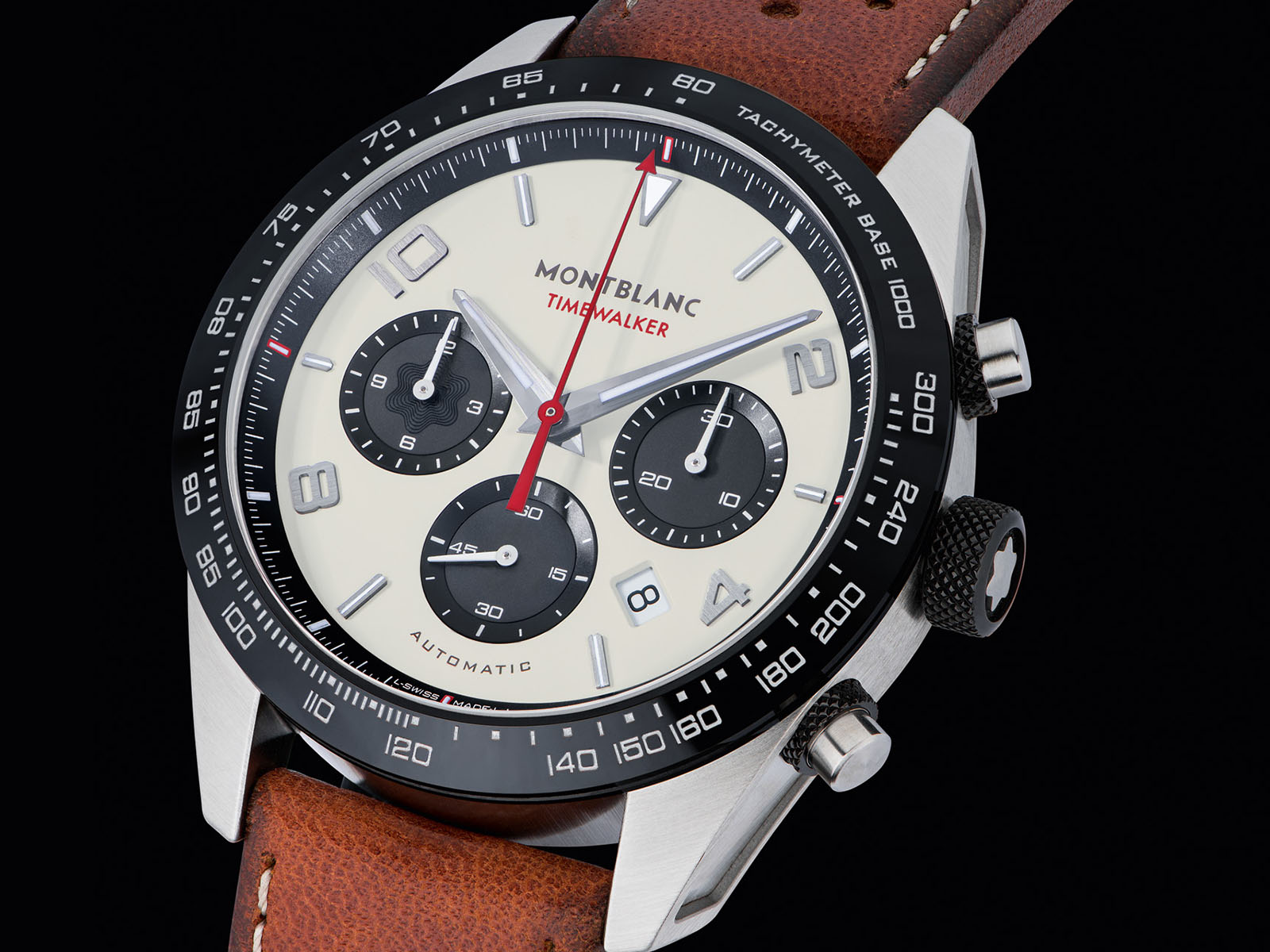 The new model ticks with the brand’s in-house Caliber MB 25.10. The self-winding movement beats at 4 Hz and offers a power reserve time of 46 hours when fully wound. The movement is equipped with a triple chronograph and a date feature among its time keeping function. Decorated with a classic race car steering wheel shaped oscillating rotor made of solid tungsten, the movement bears Cotes de Genève patterns and blue screws.

Montblanc TimeWalker Manufacture Chronograph comes on a perforated racing Sfumato strap made of aged brown calf leather. The strap, which is manufactured by Montblanc Pelletteria in Florence - Italy, is secured by a Montblanc signed stainless steel folding clasp.

The Montblanc TimeWalker Rally Timer Chronograph Limited Edition 100 model, which is among the most interesting designs of the brand, has also received the Panda concept but in “Reverse Panda” style. As per its previous version, the timepiece, which is limited to a span of 100 units only, can be used as a pocket watch or even a dashboard clock. 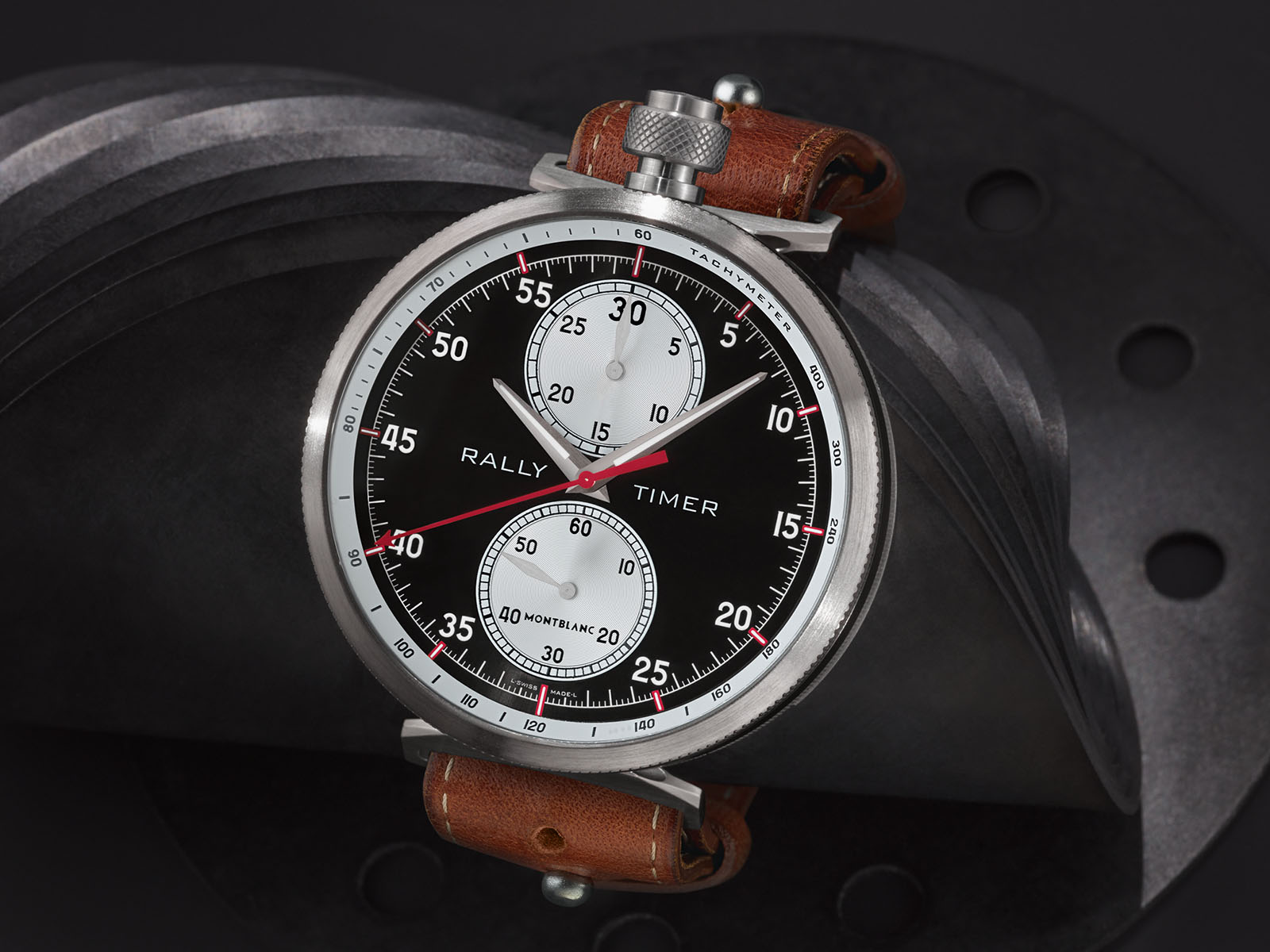 The new model is offered in a titanium case measuring 50mm in diameter. The sides of the middle case are finished in black DLC. The case is equipped with scratch resistant sapphire crystals on both sides and it is water resistant to 30 meters. Like the Minerva stopwatches of 1960s, the onion shaped winding crown is located at 12 o’clock.

The dial is arranged in Reverse Panda style with contrasting white sub-dials over a black background. The hands are designed in Dauphine style with the central chronograph second hand is finished in red with a Minerva arrow style tip. 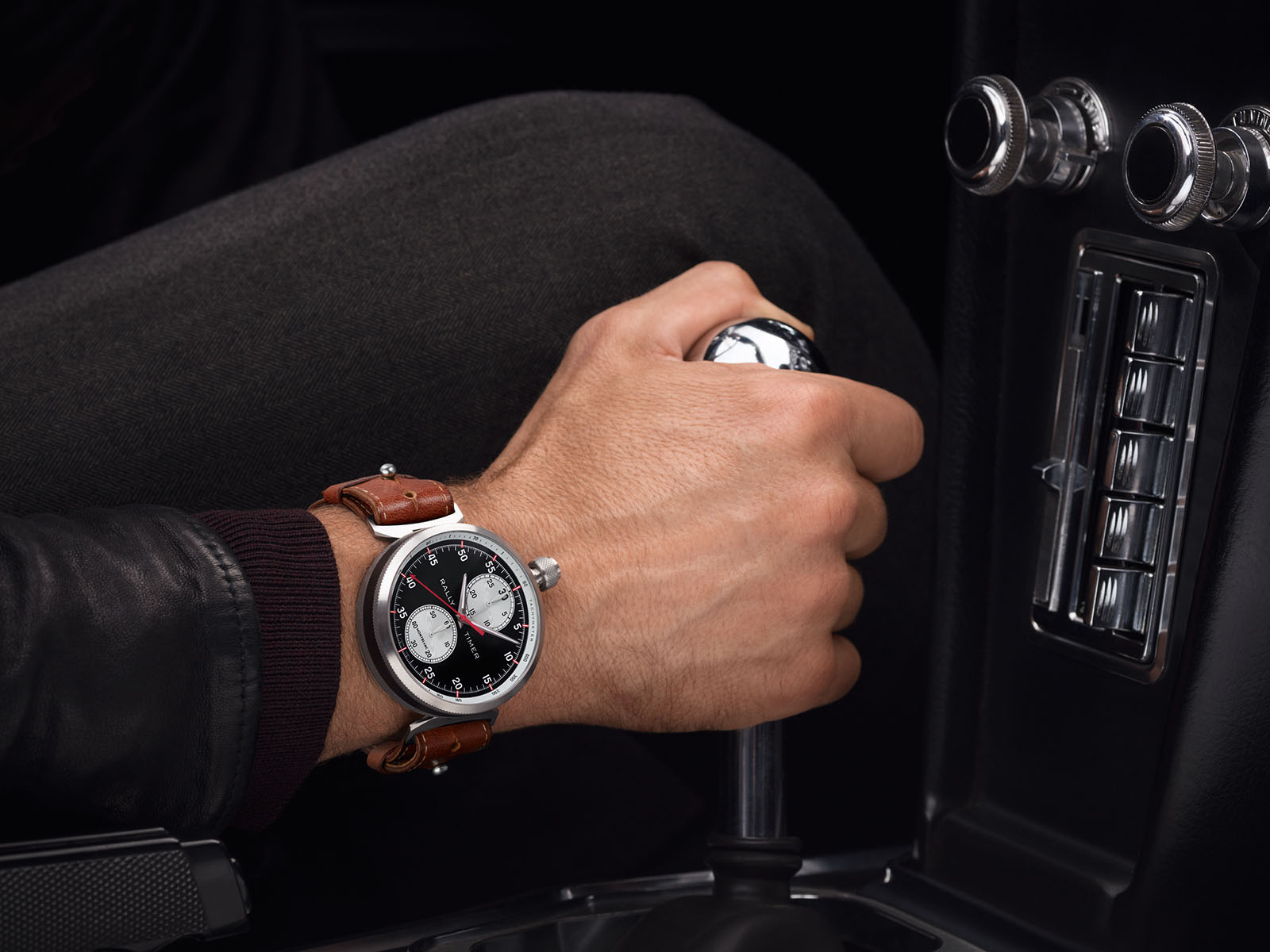 The new model is offered on an aged brown Sfumato calf leather strap, which was also produced at the brand’s facilities located in Florence, Italy.

Continuing its presence in the brand’s product line for over 20 years, the Star Legacy Collection was inspired by the Minerva pocket watches, which were produced between the late 19th and early 20th century. Star Legacy Collection, which is distinguished from other collections with its highest grade craftsmanship and maximum legibility, is now considered one of the most important collections of the brand.

One of the newest additions to the collection is the Star Legacy Automatic Chronograph model. The model comes in a 42mm diameter case made of lightweight titanium. The case is fully mirror polished and it is equipped with a large onion shaped winding crown and a set of rectangular chronograph pushers. Sporting scratch resistant sapphire crystals on both sides, the case is water resistant to 30 meters. 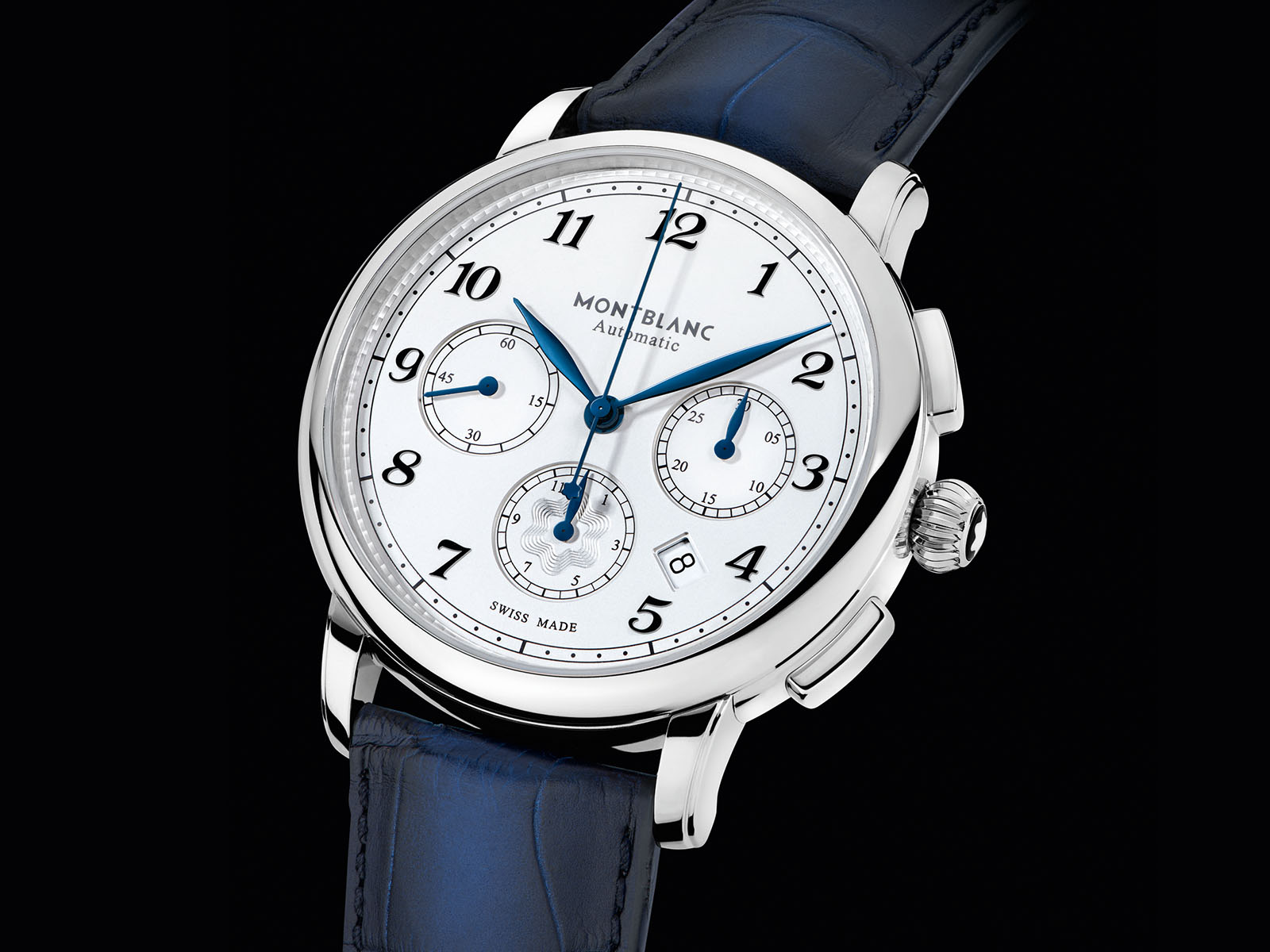 The dial of the model features new touches like new Arabic numerals, new railway minute tracks with dots instead of lines, beautiful Guilloché decoration and other finishes accompanied with fire-blued leaf-shaped hands. The Tri-Compax chronograph lay-out dial sports a Filet Sauté Guilloché section within the sub-dial located at 6 o’clock. 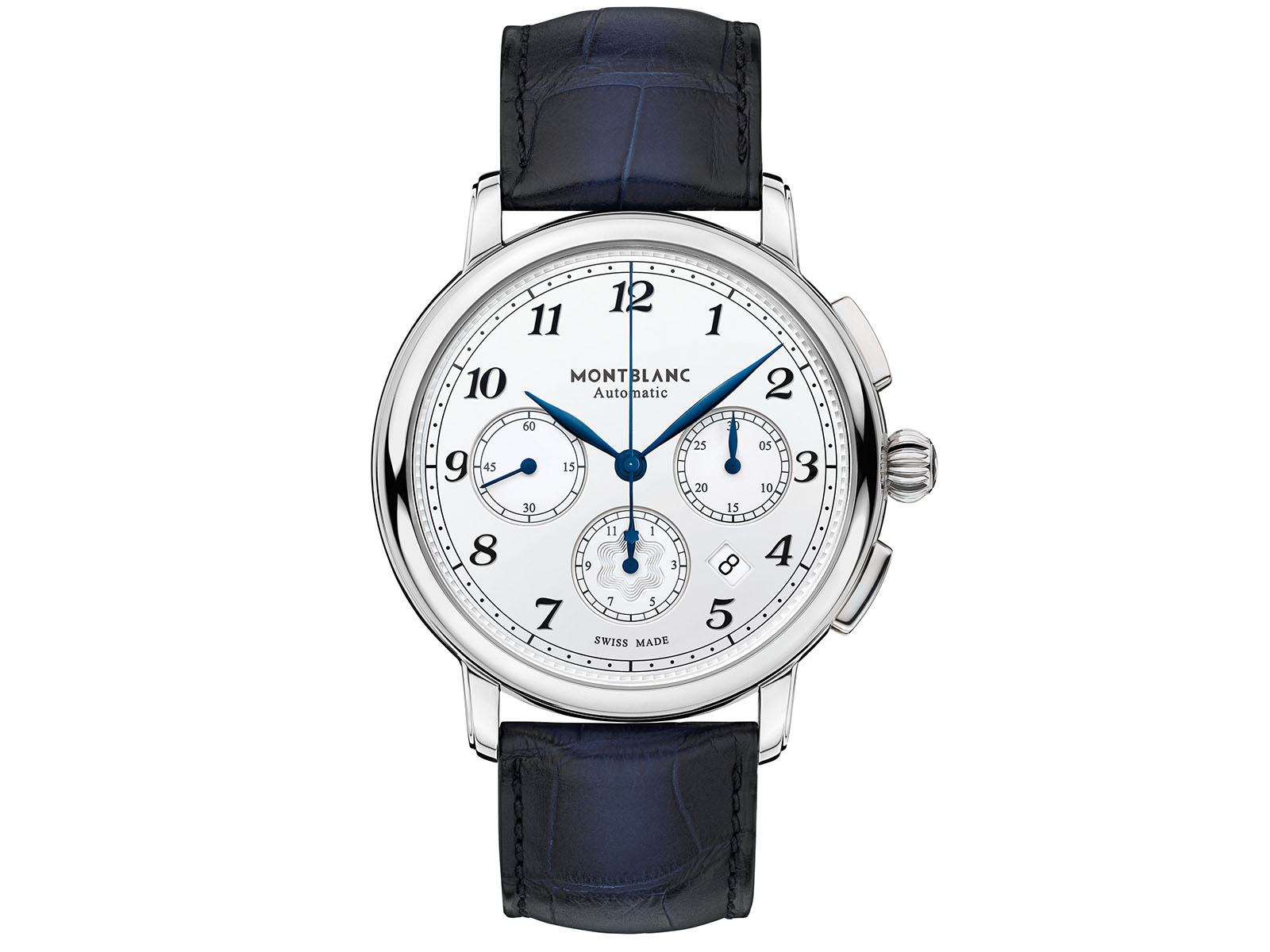 The new model beats with the Montblanc manufacture Caliber MB 25.02. The self-winding movement is capable of offering 46 hours of power reserve when fully wound and beautifully decorated with Cotes de Genève patterns and blued screws.

The new model is offered on a blue alligator strap which matches with the titanium case and blue accented dial nicely. The strap is secured by a Montblanc signed folding clasp made of stainless steel.

The other new model in the collection is the Montblanc Star Legacy Rieussec Chronograph. The new model is based on the Rieussec Mono-pusher Chronograph model, which first appeared in the brand’s catalog in 2008. Re-designed with a modern case and a new dial, the model still bears the series’ signature features like the off-centered dial lay-out and rotating sub-dial discs.

The new model is offered in a 44.8mm diameter case made of fully mirror polished stainless steel. The classic onion shaped winding crown with black and white Montblanc logo is present at the right side of the case and it is accompanied by a single chronograph pusher located at the lower left side. The case is water resistant to 30 meters and it equipped with scratch resistant sapphire crystals on both sides. 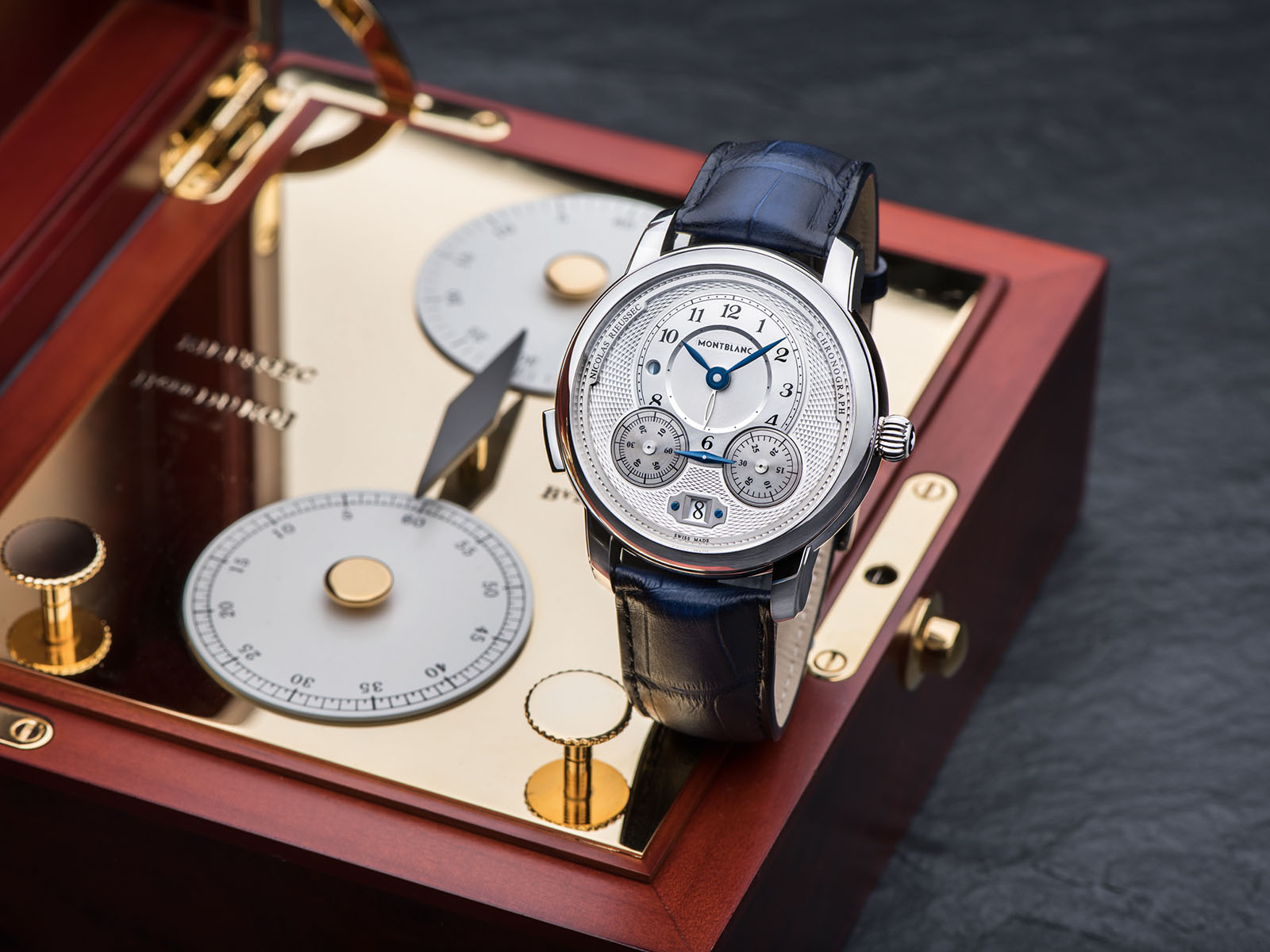 The dial of the model has been re-designed mostly revising the proportions and appearance which provides better legibility. Also, highlights of Guilloché decorations have been added, as well as Azuré pattern finishing in the center of the time keeping section. Paying tribute to the famous chronograph’s inventor, a ring with the Nicolas Rieussec inscription has been applied on the outer side of the dial. Also a special second-time zone feature is shown by a skeletonized second hour hand that can be hidden under the main hour hand if desired. 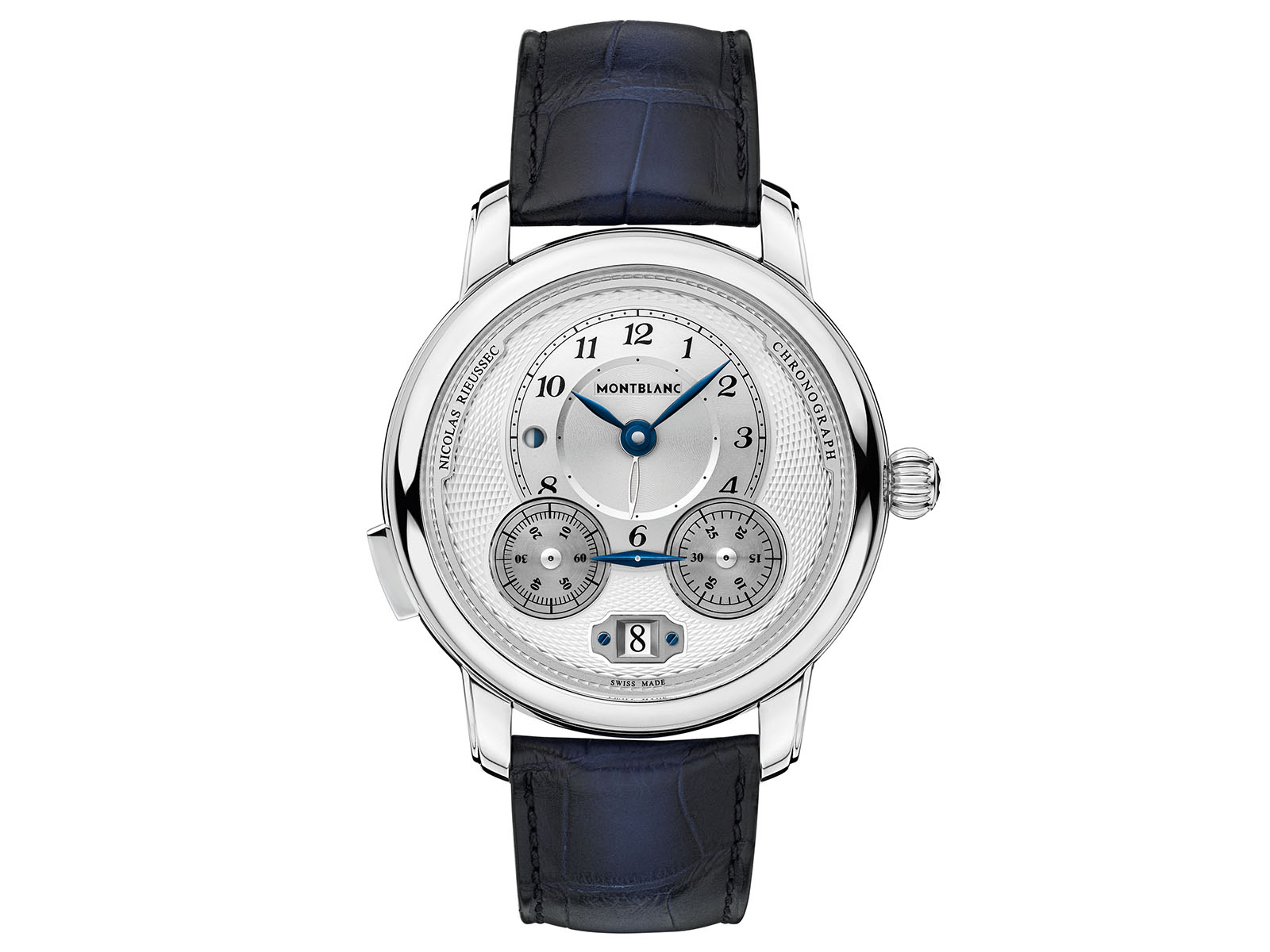 The model is powered by the brand’s in-house  Caliber MB R200. Self-winding movement is adorned with a perforated signed oscillating rotor and blued screws, and it is capable of providing 72 hours of power reserve when fully wound.

The new model is offered on a blue alligator Sfumato strap that is secured by a Montblanc signed stainless steel folding clasp.

Montblanc, which has been highly acclaimed with its investments for luxury watchmaking and completely renovated product line including a high-tech connected watch “Summit”, already became of the stars of the upcoming SIHH 2018 exhibition.