TAG Heuer Monaco, which has a deep connection with motor sports, is ready to be worn on the wrists with its new fully manufacture movement! 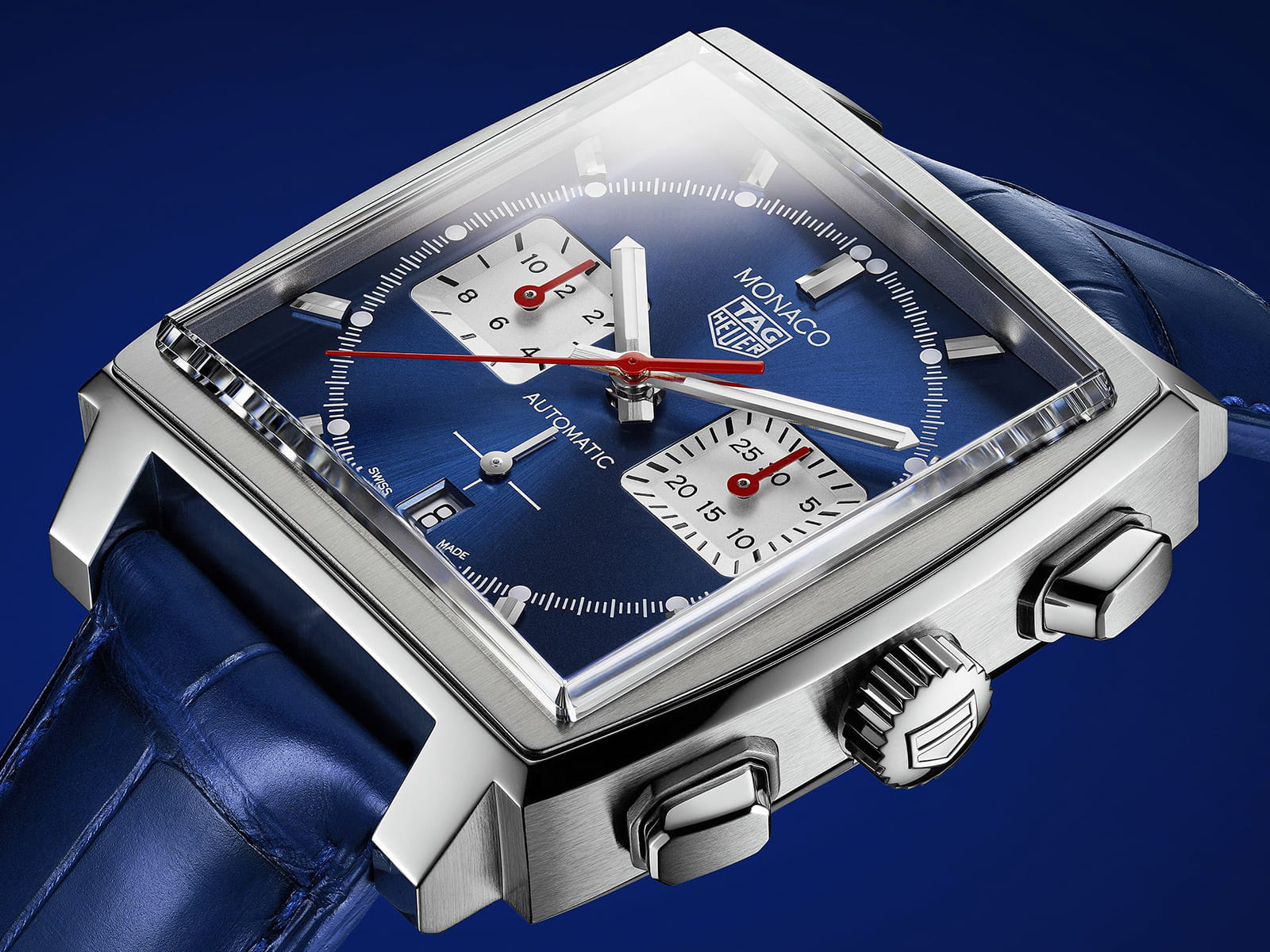 The celebration of the 50th anniversary of the iconic Monaco model and the early automatic movement in the case is not over yet! TAG Heuer continues to celebrate with its not-limited new versions following Monaco’s limited editions. To celebrate this special occasion, the brand presents a contemporary new Monaco with a classic blue dial and a winding crown located at 3 o’clock. Moreover, this watch is not equipped with the Caliber 12, but the TAG Heuer’s manufacture automatic chronograph movement, Caliber Heuer 02. 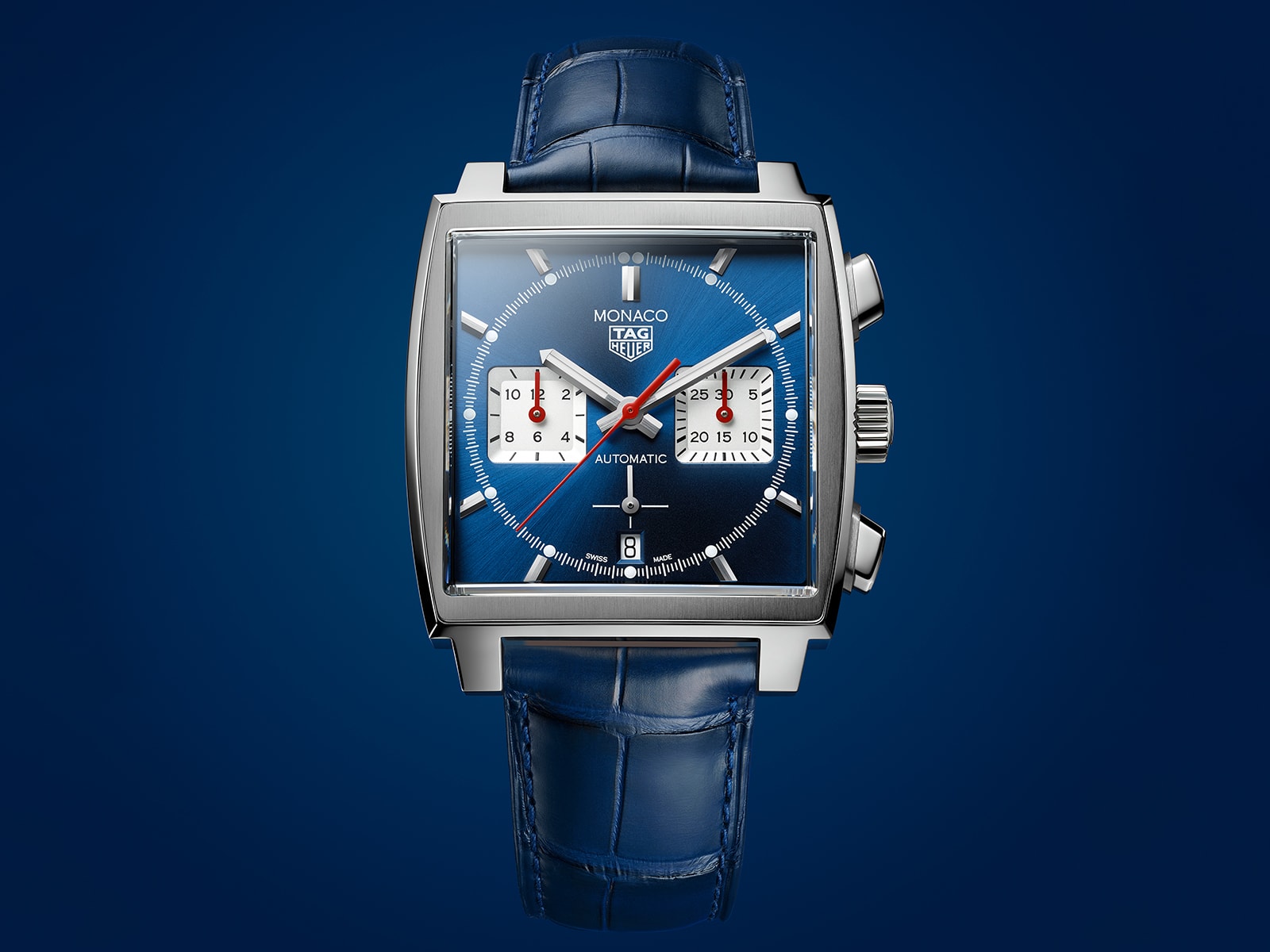 Let us briefly refresh our knowledge about the model and its history without taking a plunge into Monaco’s long heritage. As you know, Monaco did not attract much attention in the days when it was debuted. Heuer even stopped production in the mid-1970s. In 1985, the TAG Group acquired a majority stake in Heuer, transforming the brand into TAG Heuer and in 1998 re-introduced some of the vintage Heuer models. 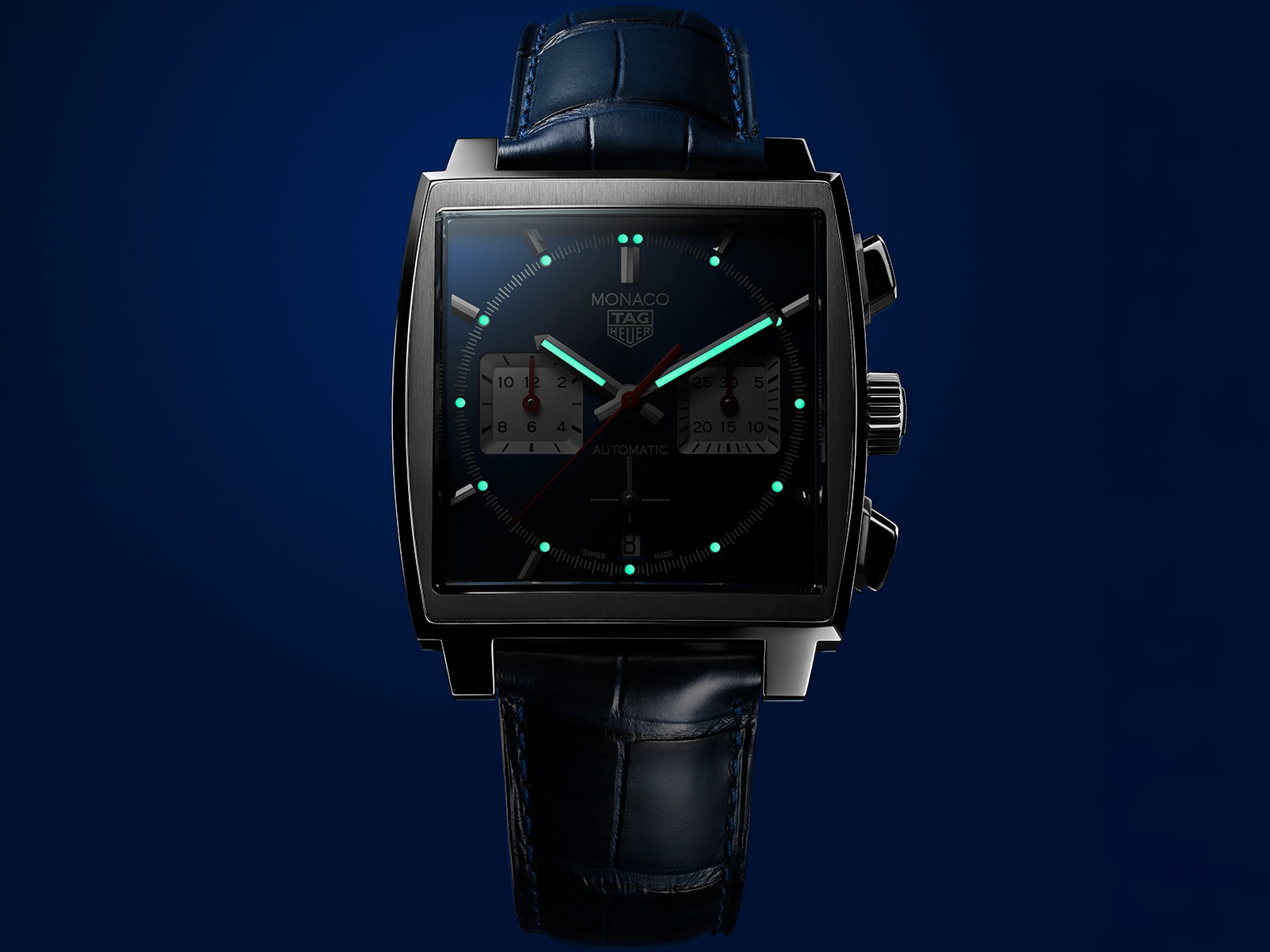 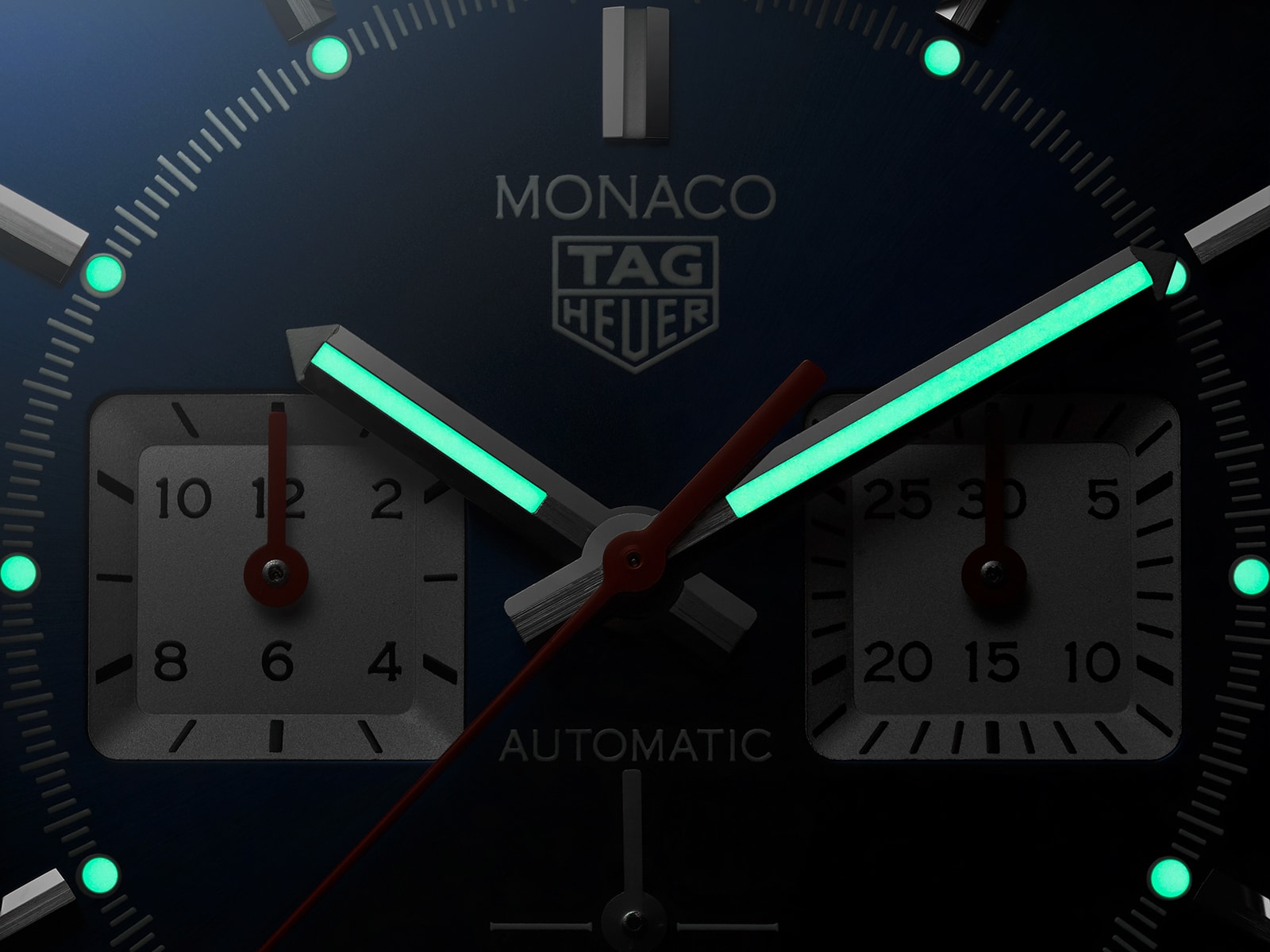 TAG Heuer Monaco, returning to the market with the reference CS2110, was limited to only 500 units and contained the ETA 2894 with Dubois-Depraz module. The model, which was the beginning of the contemporary versions of Monaco, followed with the reference CS2111 in 1999 and had great success. The new model was distinguished from its predecessor by its tri-compax dial, faceted indexes, and extended markers.

However, the first model that comes to mind when it comes to contemporary Monaco is the CW2113, which was produced under LVMH and introduced in 2003. The watch was quite striking with its completely square case, the TAG Heuer logo on the dial, its water-resistance to 100 meters, its sapphire crystal case back and its blue dial. Inside the case was the modular ETA 2894-2 movement. 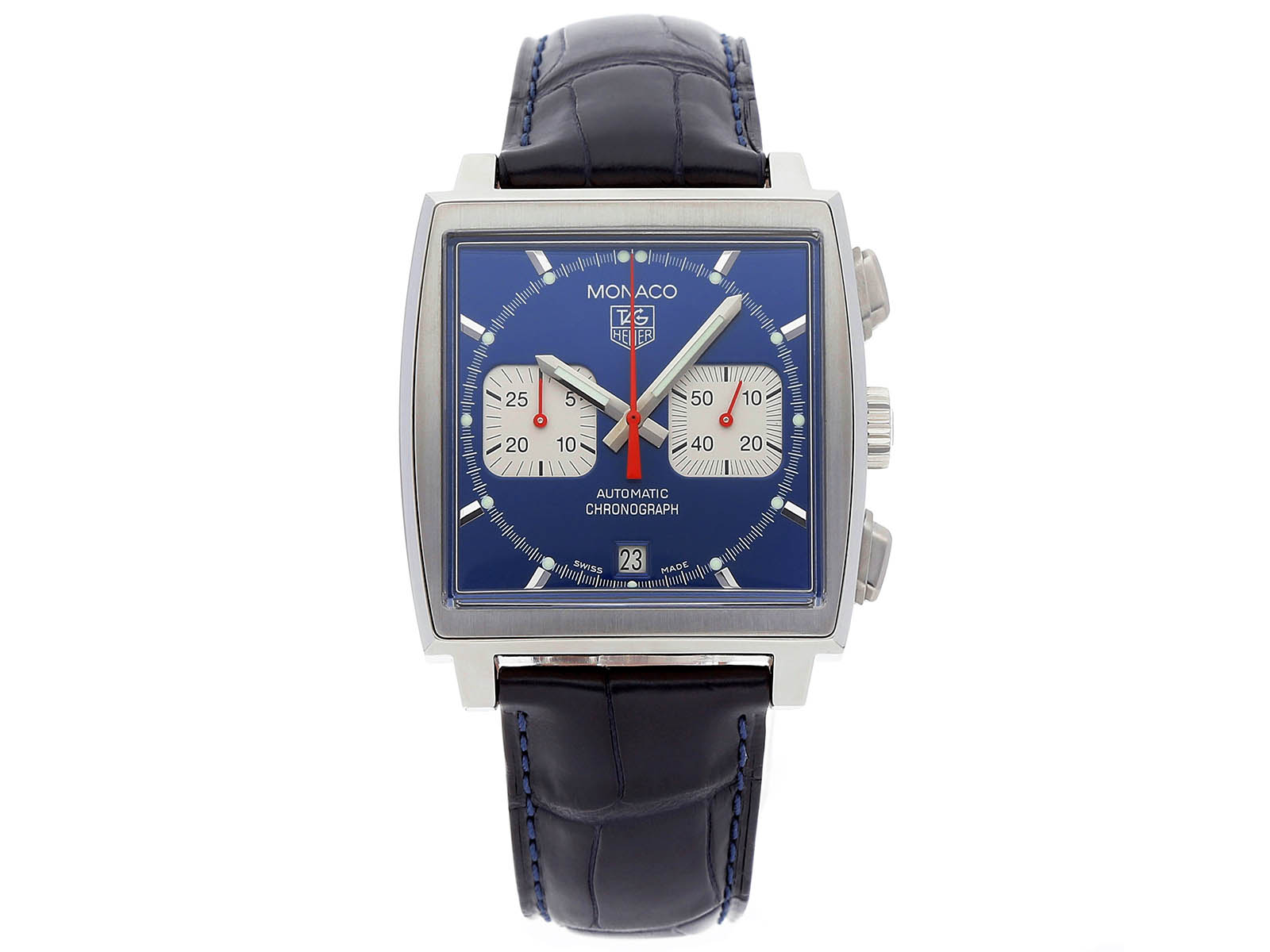 Let’s get to the Monaco Heuer 02. Replacing the ETA-based Caliber 12 with the fully manufacture Heuer 02 is a major update. Because the size and layout of the movement are slightly different. 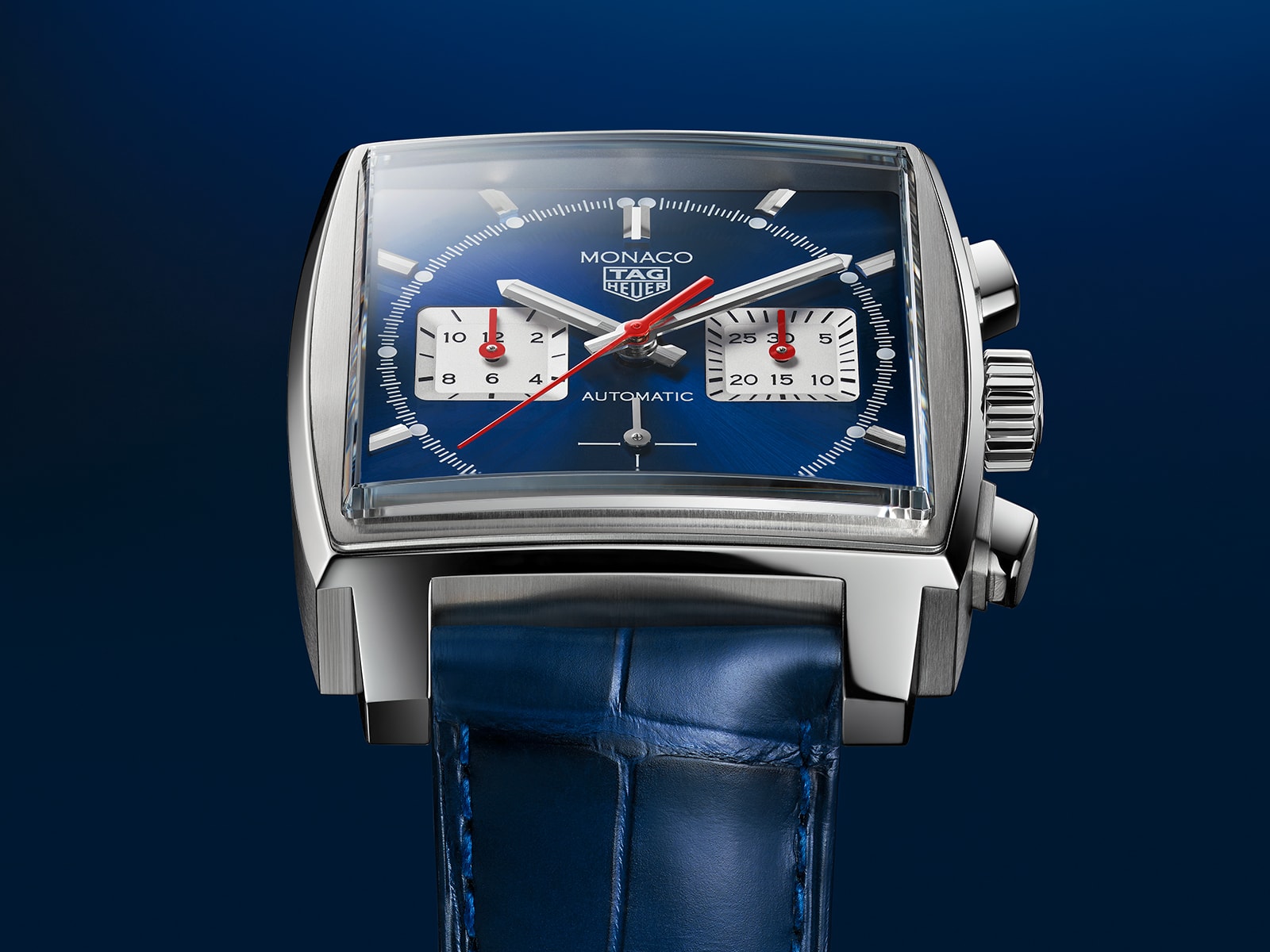 The new TAG Heuer Monaco Heuer 02 carries Monaco’s entire trademark. Although the movement inside is larger than the previous, the case diameter is still the same. The bezel is matted and the tops of the lugs are polished. The winding crown and the chronograph pushers are on the rights side of the 100 meters water-resistant case. 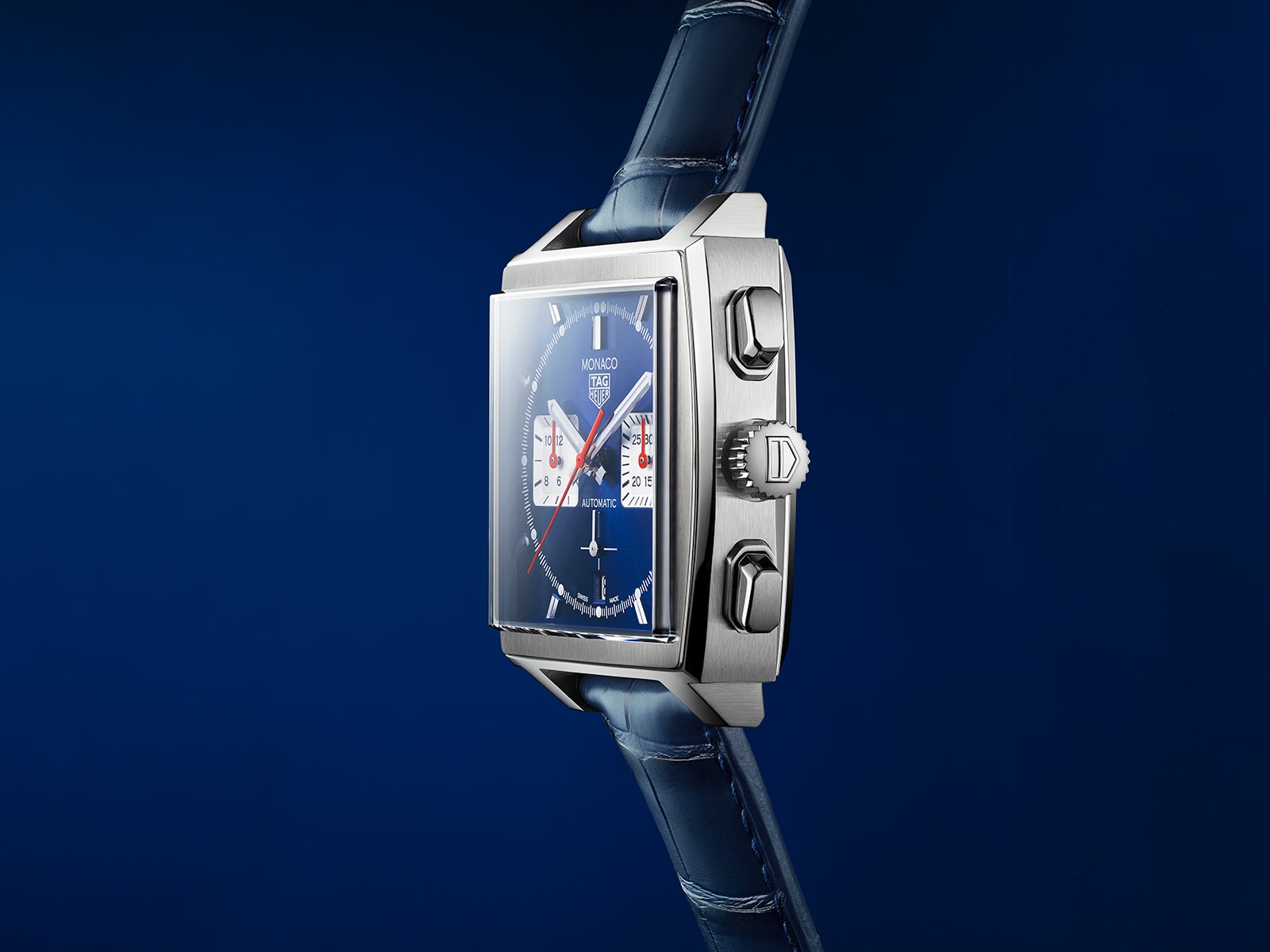 There are no major changes in the case except for the slightly increased thickness. The sapphire crystal section on the case back is slightly enlarged so that the movement is enjoyed better. The “trick” is the winding crown. As you know, the Heuer 02 is not modular like the ETA / Dubois Depraz-based Caliber 12. Therefore, the winding crown and the pushers are on the same axis. 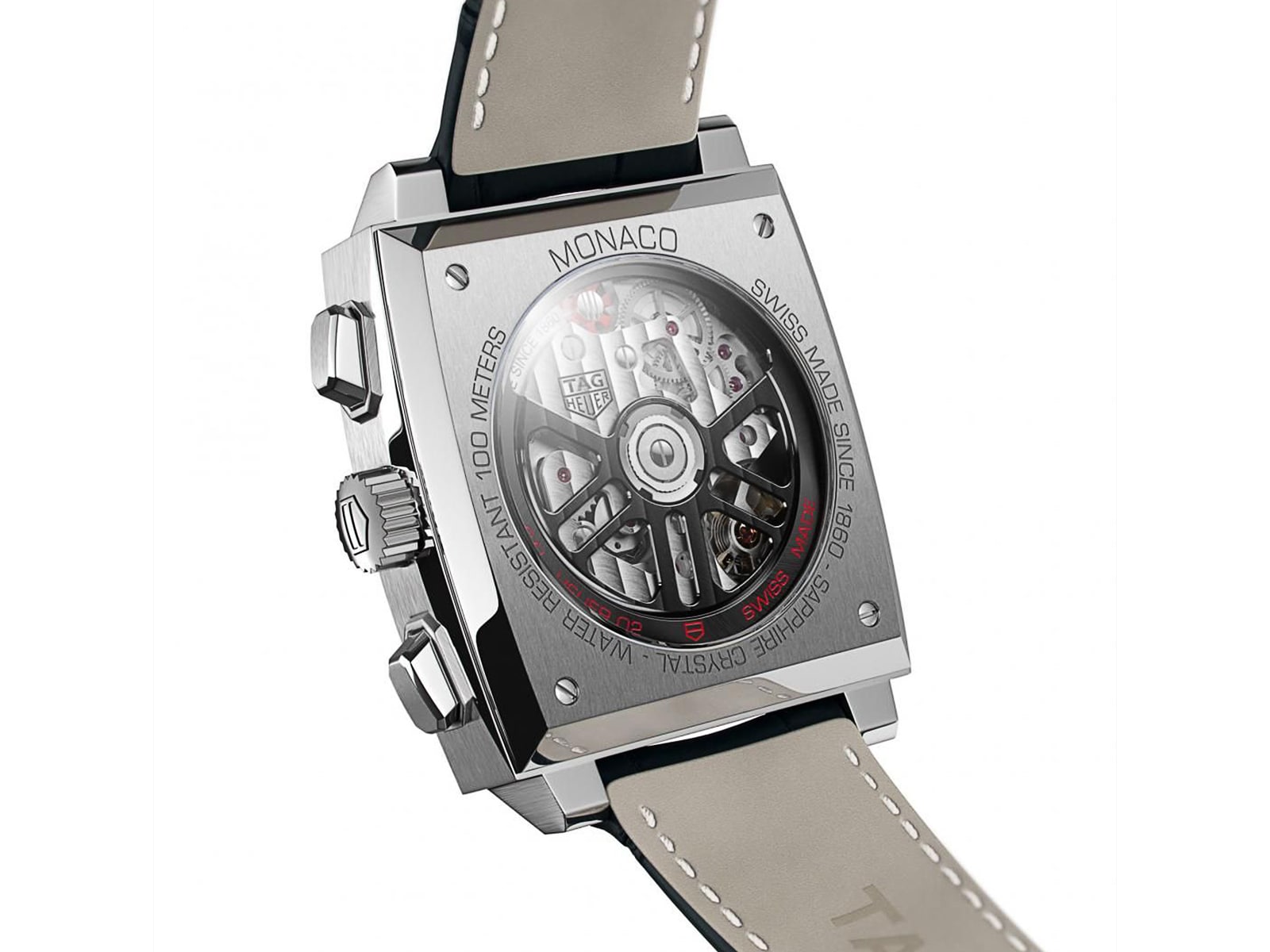 One of the important changes in the watch is the tri-compax dial. When we talk about Monaco, we think of a bi-compax dial with small seconds sub-dial and a 30-minute counter. In addition to the 30-minute and 12-hour counter, there is a small second counter above the date window. 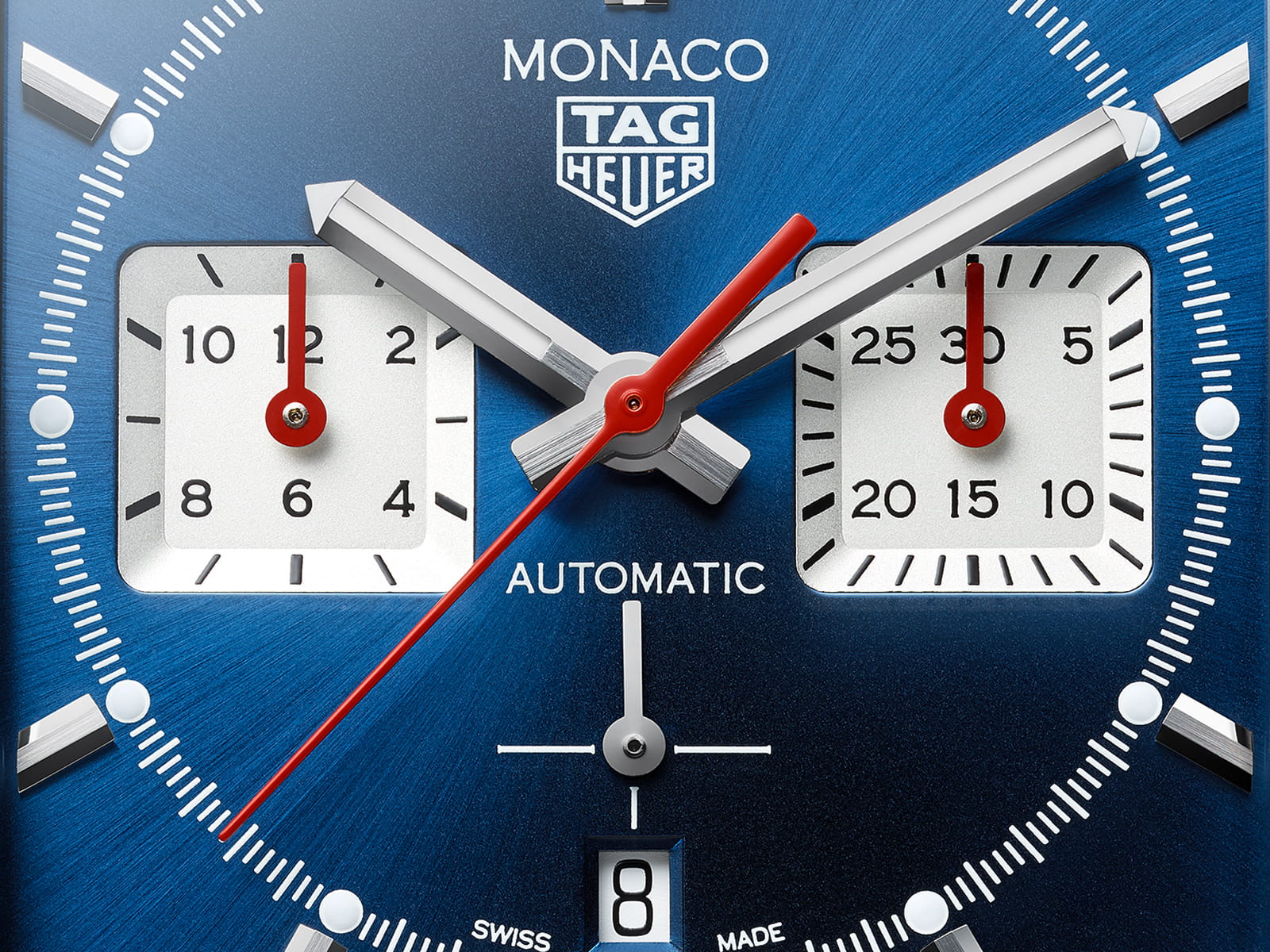 Let’s come to the biggest change in Monaco, the movement. Of course, changing from an old, modular mechanism to a modern, column wheel integrated movement is a big change. Heuer 02 first introduced in 2017 with the new Autavia. This movement, which is also used as a base for the Tourbillon movements, gradually began to spread to other collections. This valuable new movement in Monaco offers 80 hours of power reserve when fully wound. 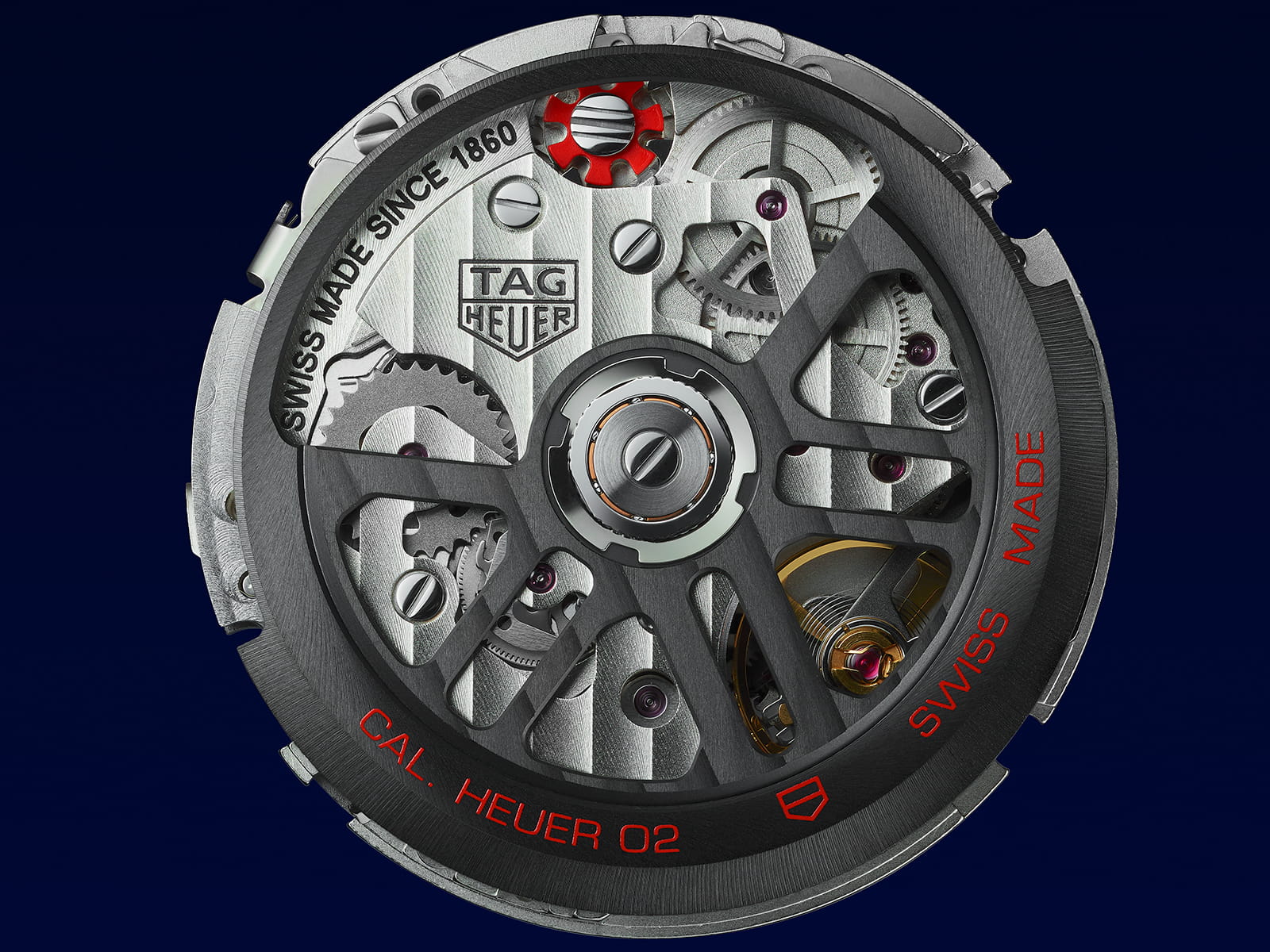 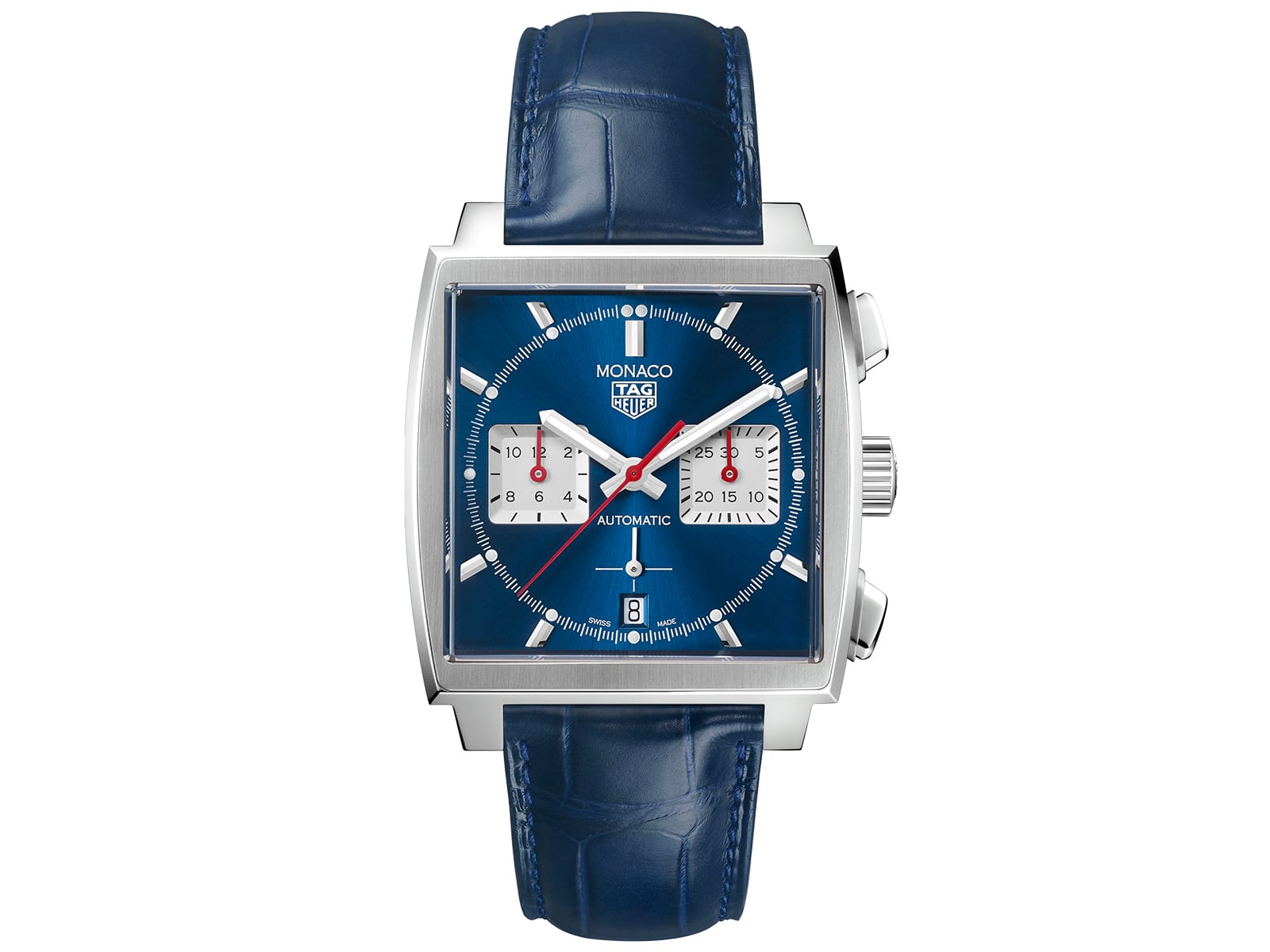