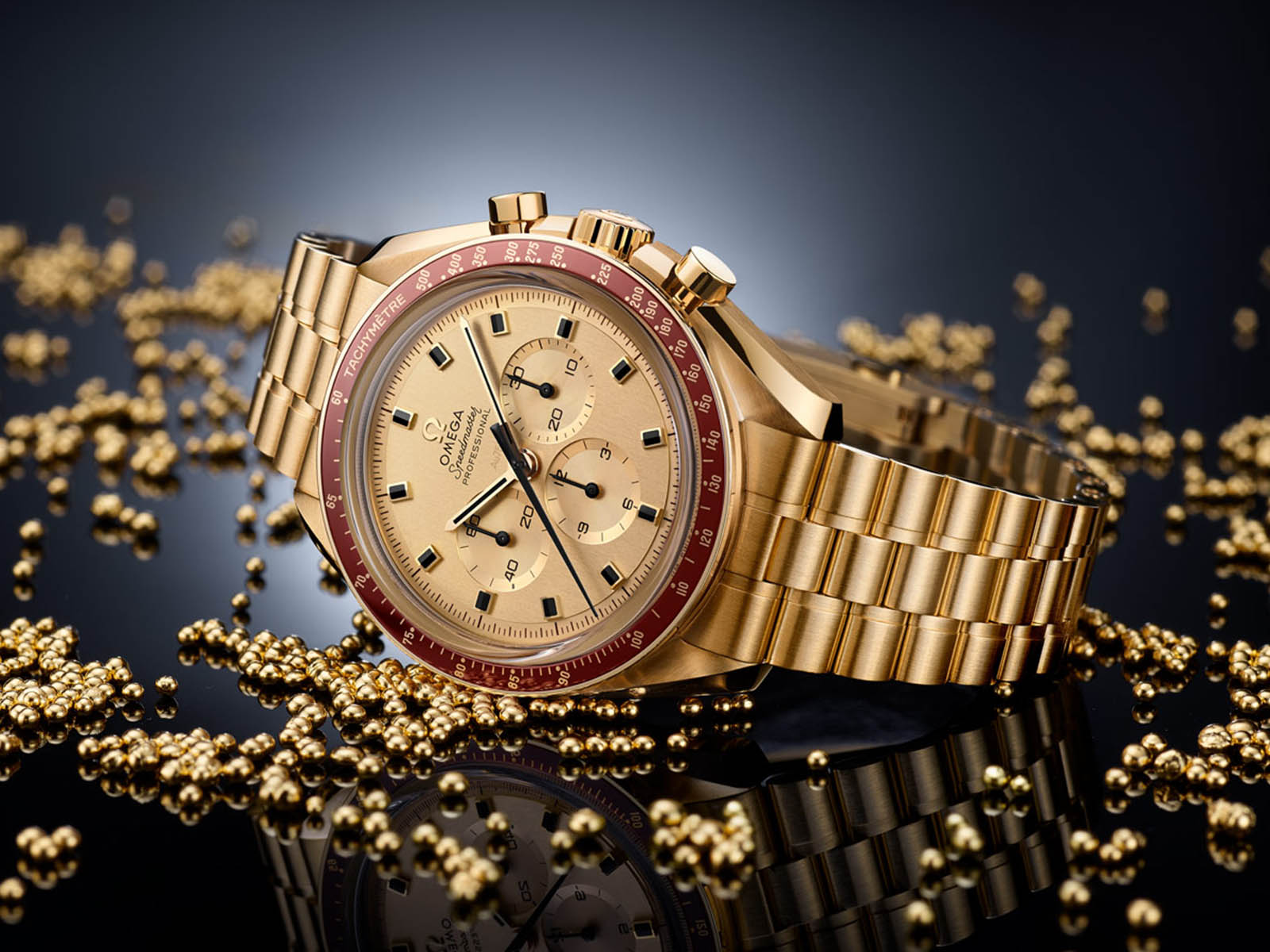 When the subject is Omega and its iconic model family Speedmaster, the Special and / or Limited Edition models do not excite the watch enthusiasts as much as other brands. The most obvious reason of this situation is that Omega (just like in the Hublot Big Bang product group) has produced a large number of special or limited production timepieces. However, it is not easy to say the watch world’s cliché “Just another Speedy”... 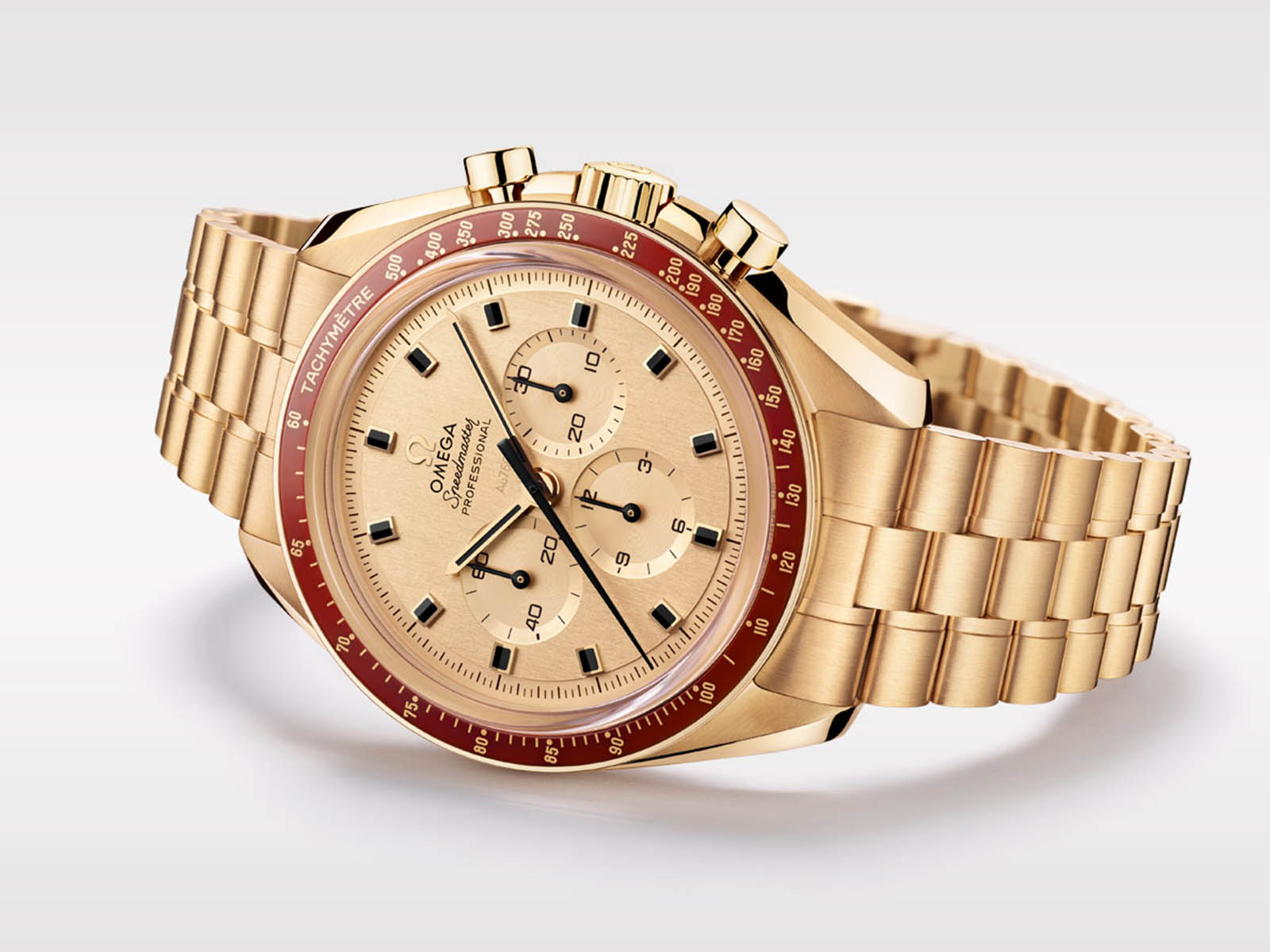 The new model was designed to commemorate the 50th anniversary of the moon landing, which is of great importance for the history of Omega as well as the history of mankind. The model, limited to 1014 units only, is inspired by another legendary Omega timepiece; Ref. BA145.022. 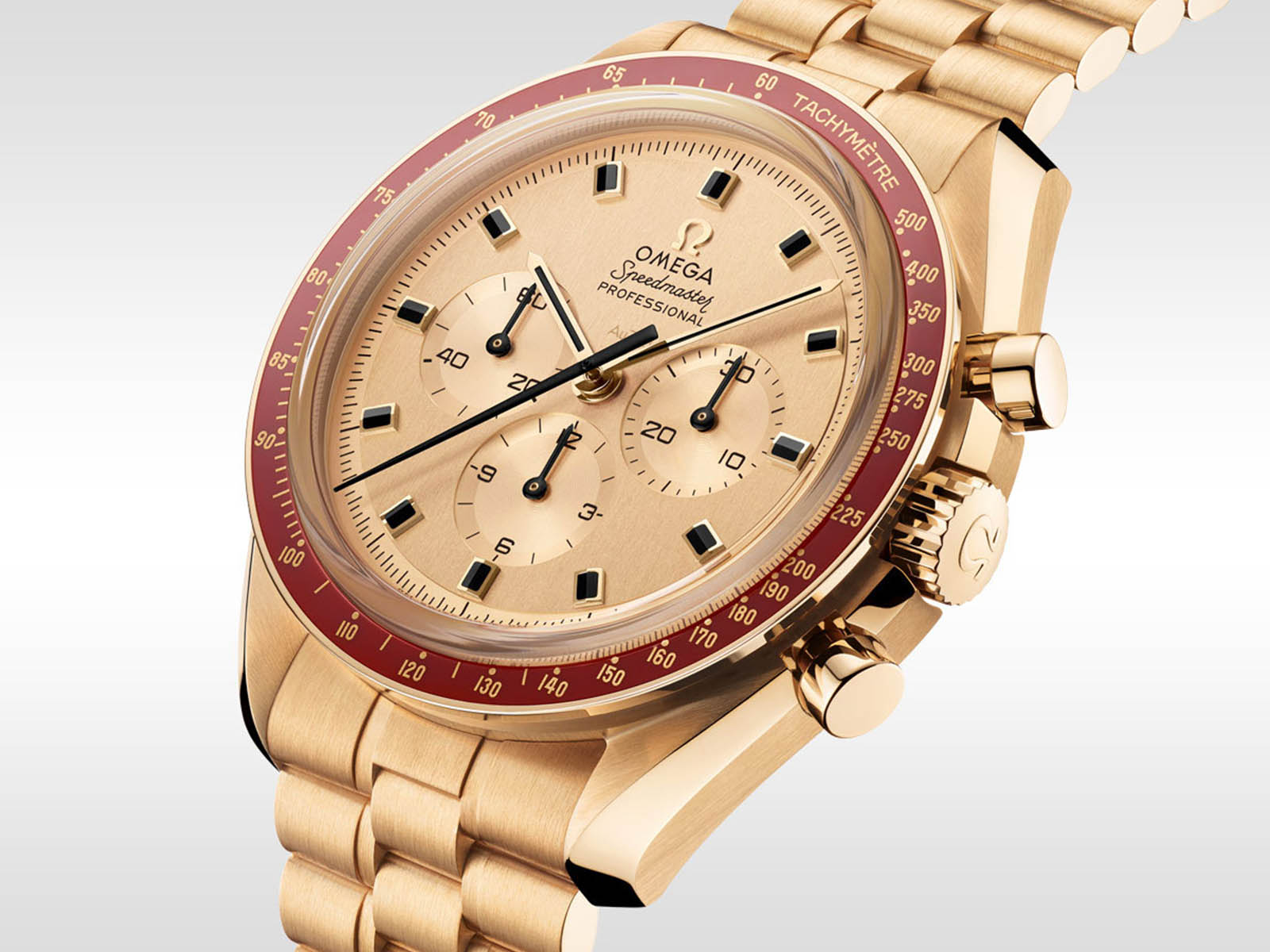 Omega Speedmaster Apollo 11 50th Anniversary Limited Edition comes in a case measuring 42mm in diameter and 14mm in height. The case is made of Omega’s patented yellow gold alloy Moonshine Gold. Inspired by the shining Moon in a dark sky, this alloy offers higher resistance to corrosion and color change than ordinary gold alloys. It also stands out with its slightly faint hue compared to modern gold alloys, which makes it perfect choice for a Retro Inspired model. 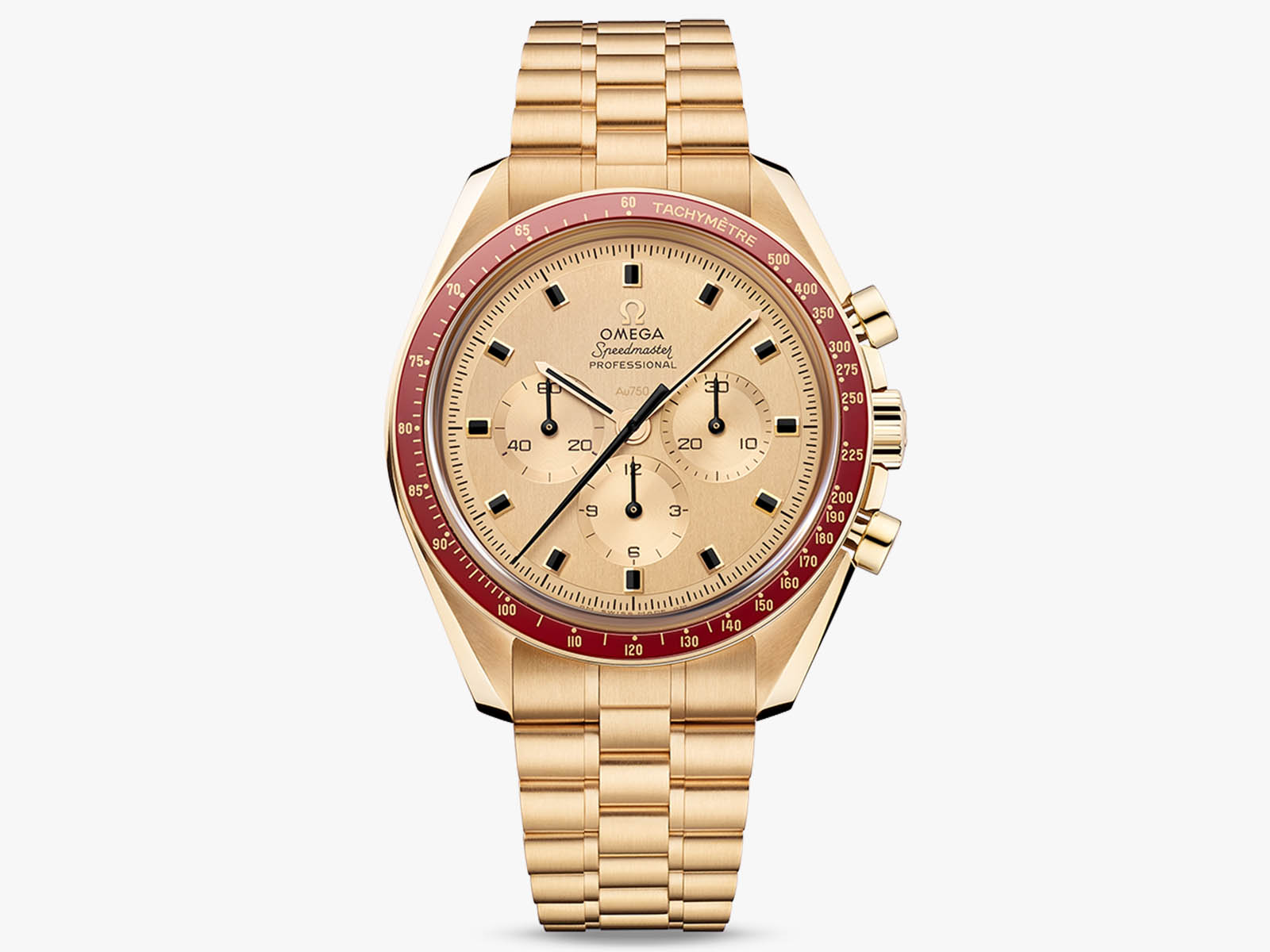 The case is equipped with a burgundy color Zr02 ceramic alloy insert bezel with Tachymeter scale in the front as well as scratch resistant sapphire crystals on both sides. The model is water resistant to 50 meters / 5 bars. 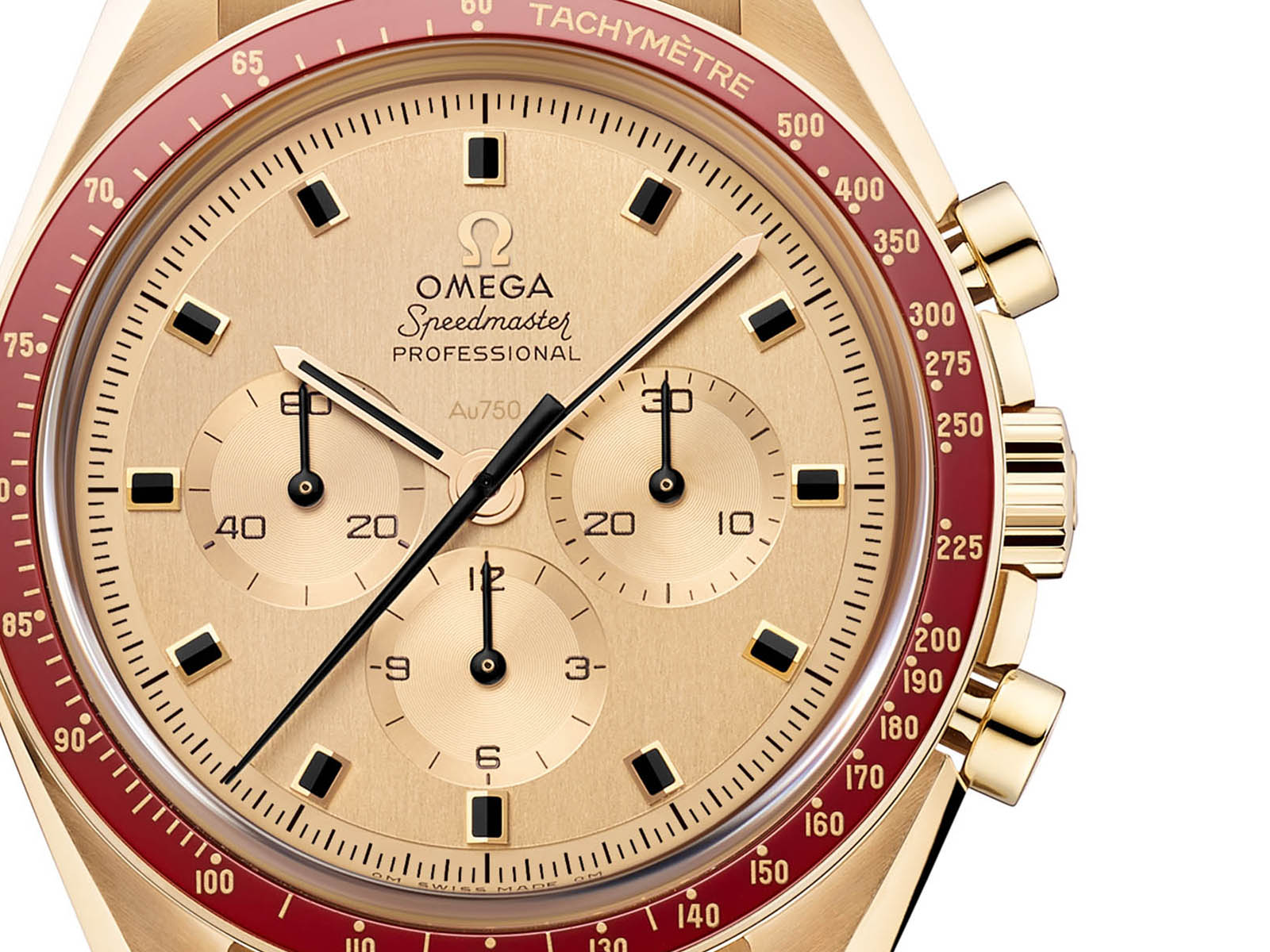 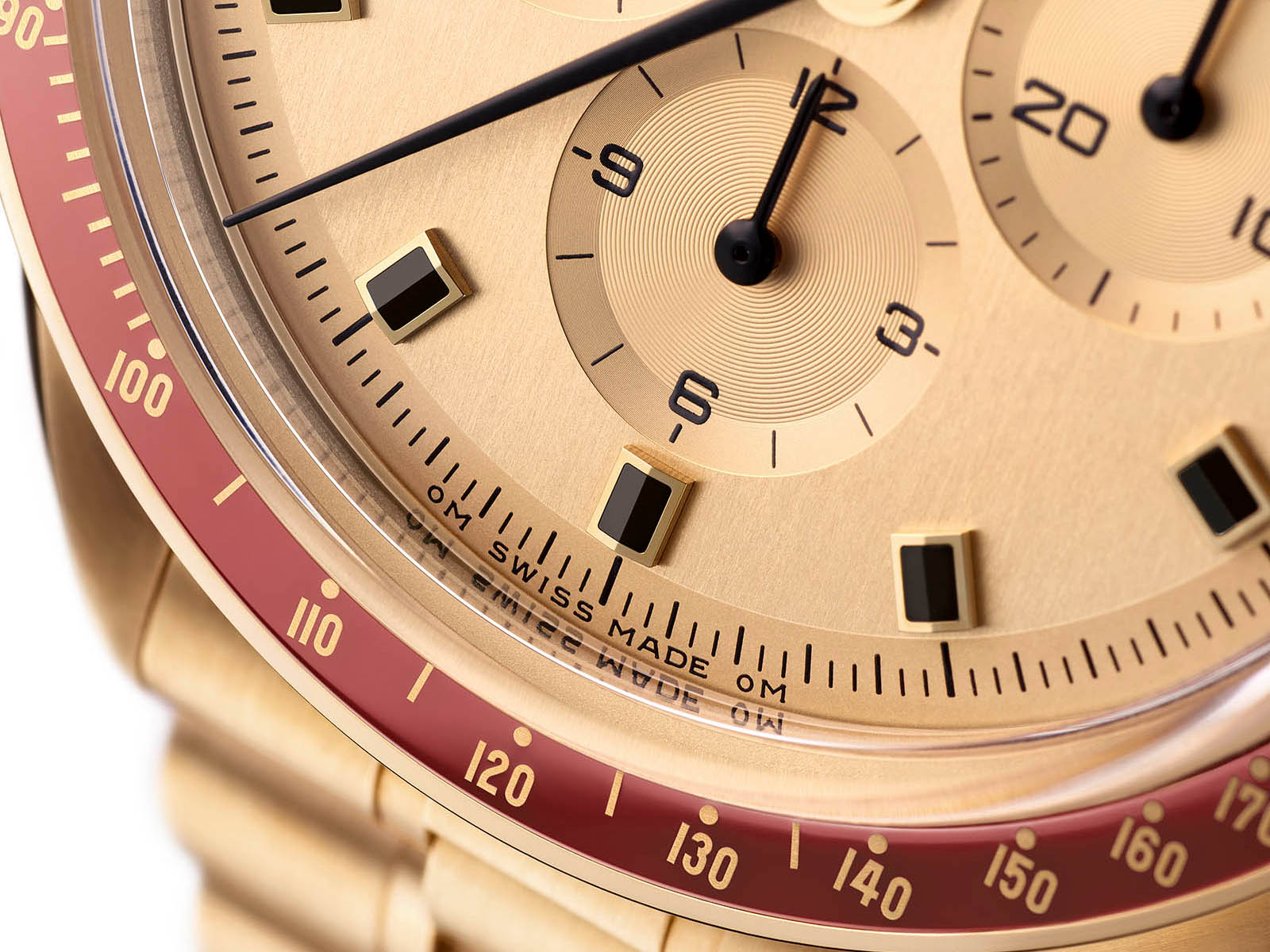 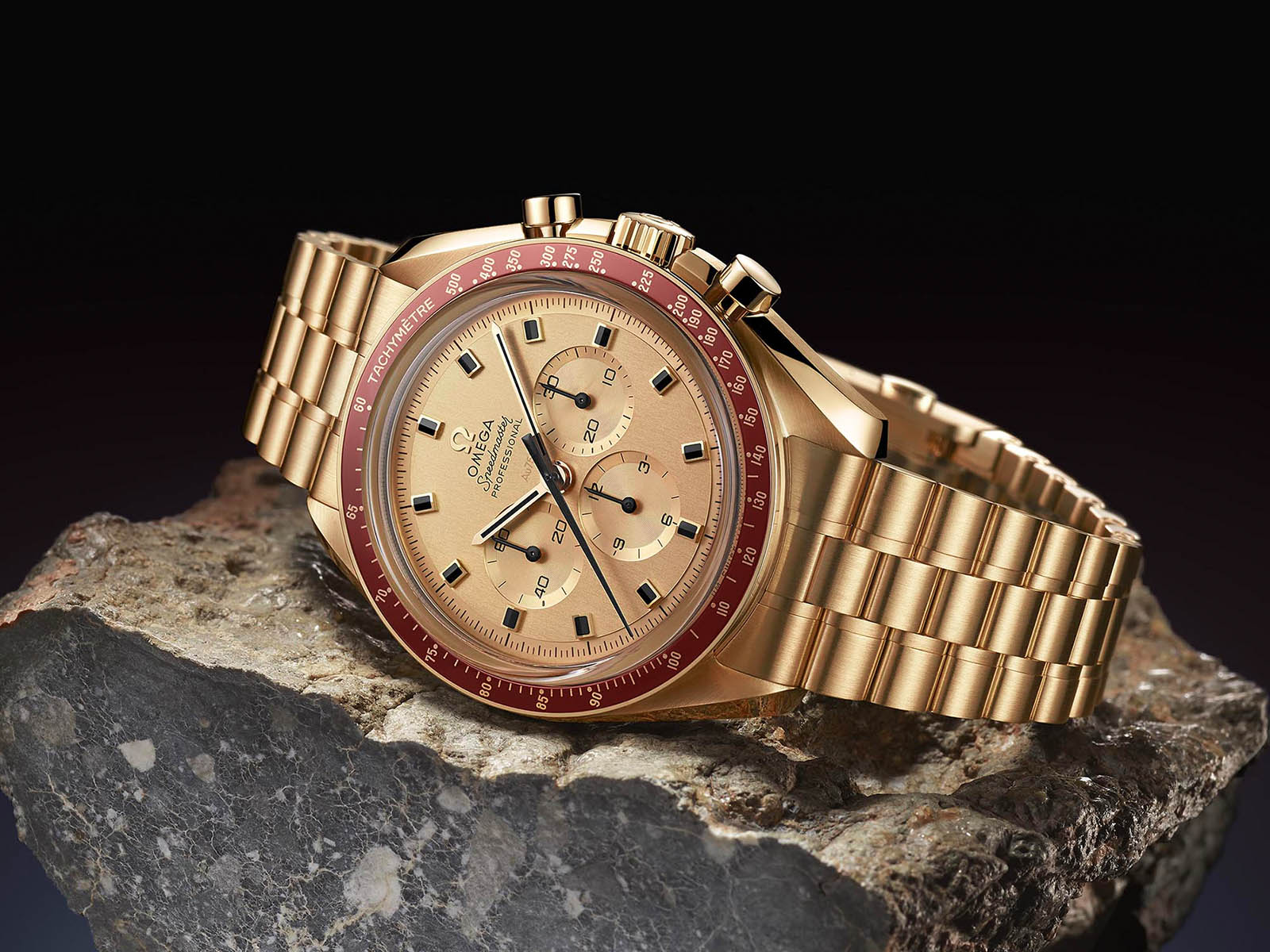 The movement opted to power up the new model is the Caliber 3861, which is known as the final version of the legendary Caliber 861 (Lemania) movement of 1969. Equipped with innovative features like Co-Axial escapement and Si14 silicon balance, hand-wound and Master Chronometer certified movement offers a power reserve of 48 hours when fully wound. 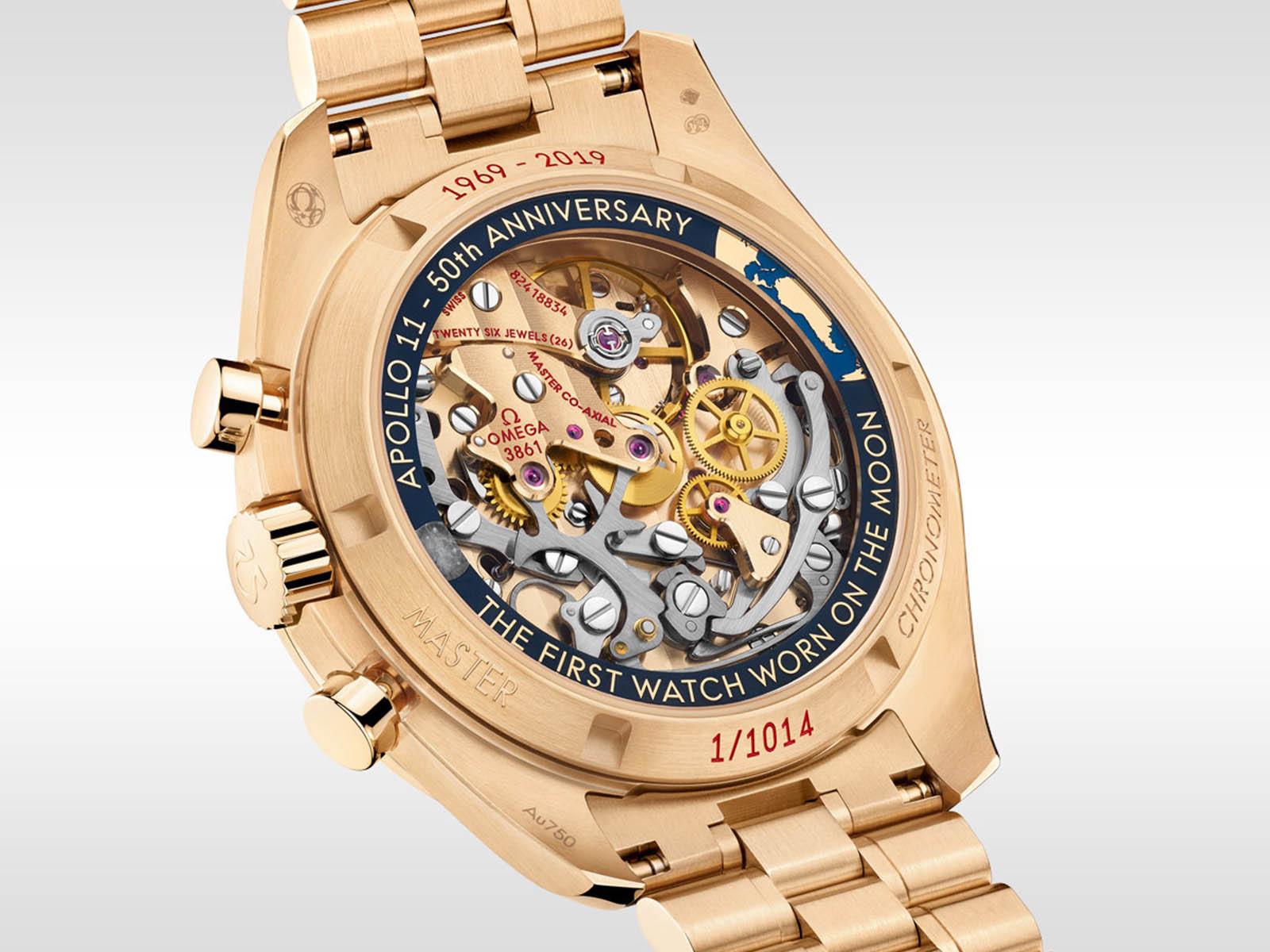 The Omega Speedmaster Apollo 11 50th Anniversary Limited Edition comes on a bracelet made of 18K Moonshine Gold alloy in line with the case. The stylish bracelet is accompanied by an Omega signed folding clasp.

Limited to a span of 1014 pieces only and scheduled to hit the boutiques in June this year, the MSRP of the model is CHF 32,000.