The movement that powered the original Moonwatch is back in a Speedmaster case 50 years after humankind’s first step on the moon. 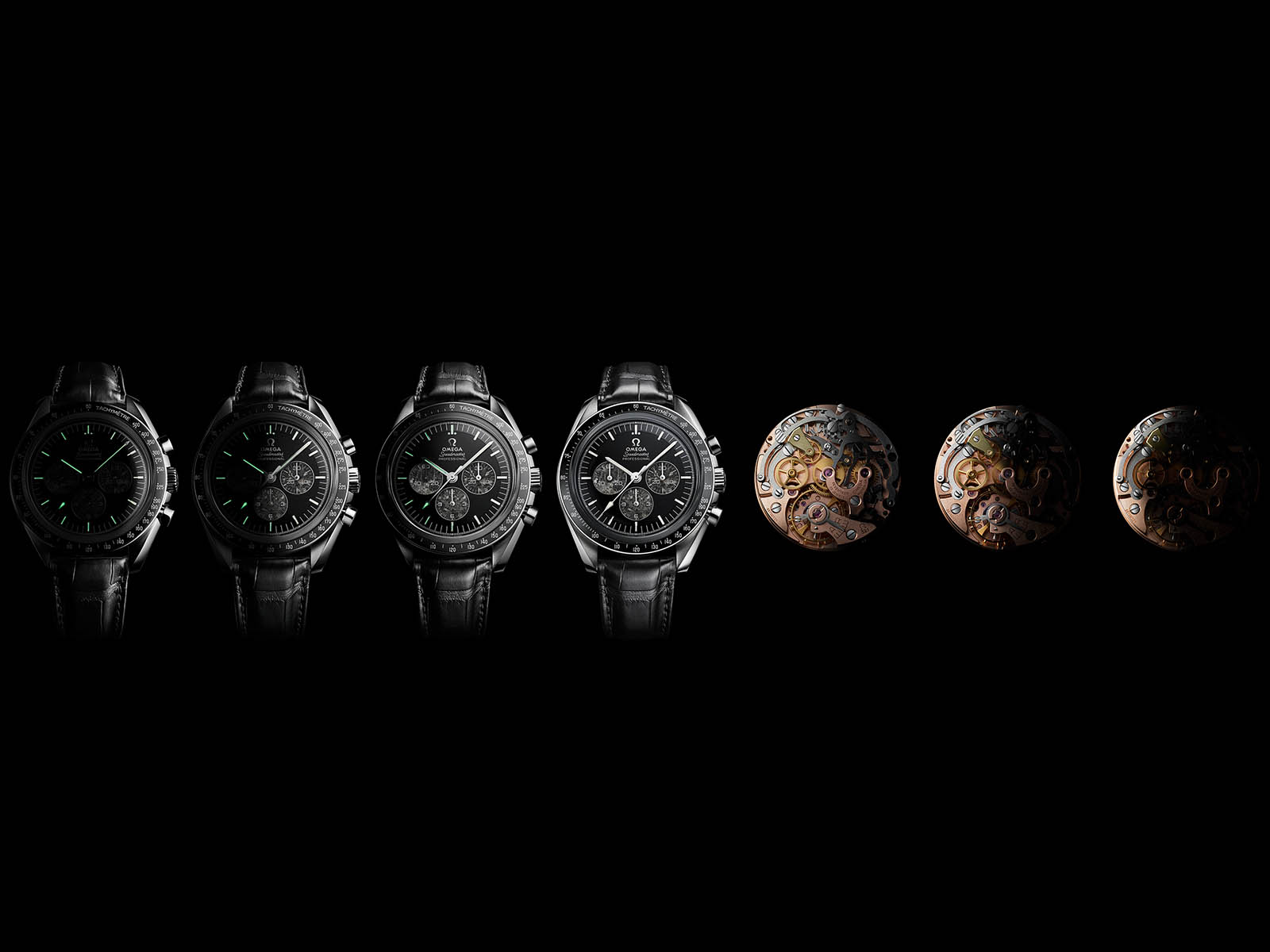 Earlier this year, Omega announced that it would re-use its legendary movement, the Caliber 321. Although the Caliber 321 has powered several Omega models, the most famous of these watches are of course the Speedmaster. The first Speedmaster, as well as the Ref.2915 that traveled space on the wrist of Walter “Wally” Schirra in Mercury Atlas 8 first in 1962, ticked with that movement. 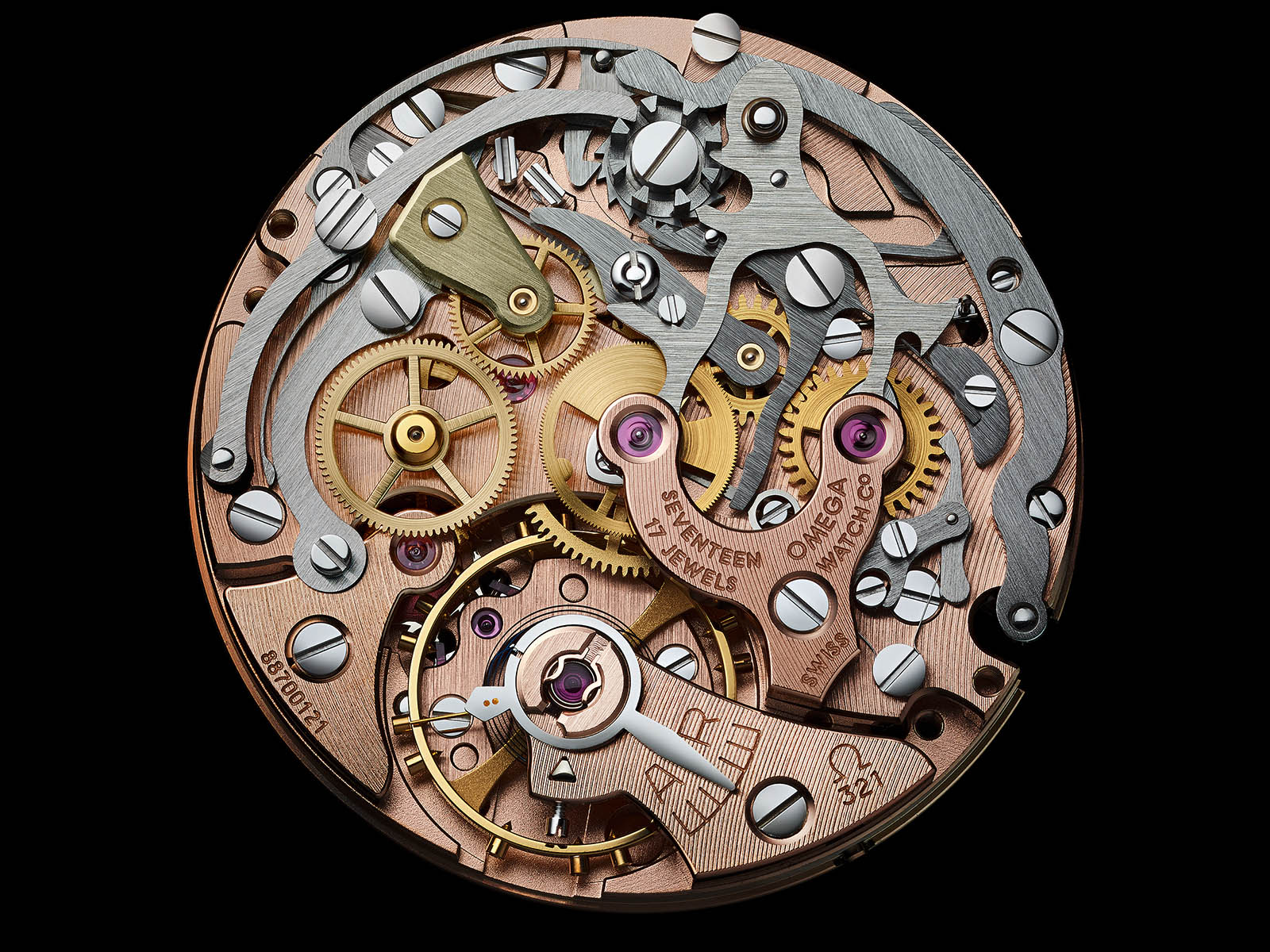 The Swiss luxury watchmaker introduced the latest Speedmaster, featuring the legendary Caliber 321, on the same day (20 July) when Neil Armstrong stepped onto the Moon 50 years ago. Besides the small touches, the most notable feature of the new model is its platinum case. 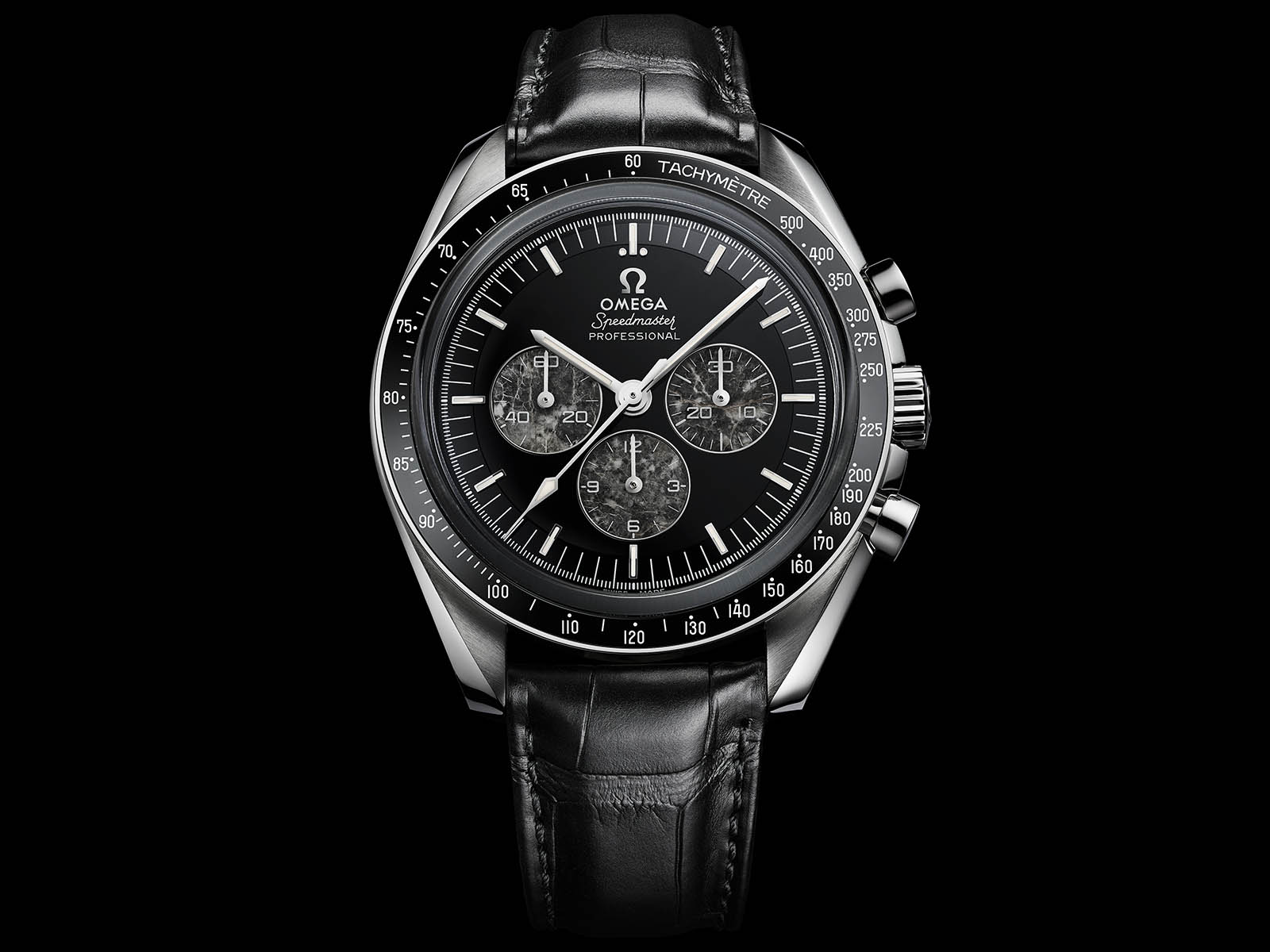 The model, which we assume a higher MSRP due to its case made of platinum, is surely big news for both the brand and the watch enthusiasts. The Speedmaster Professional Moonwatch 321 Platinum is a version of the classic Moonwatch in many ways except the materials used for the case and sub-dials. Paying a tribute to the model’s DNA with its curved lugs, the new model’s case is inspired by the ST 105.012 version. 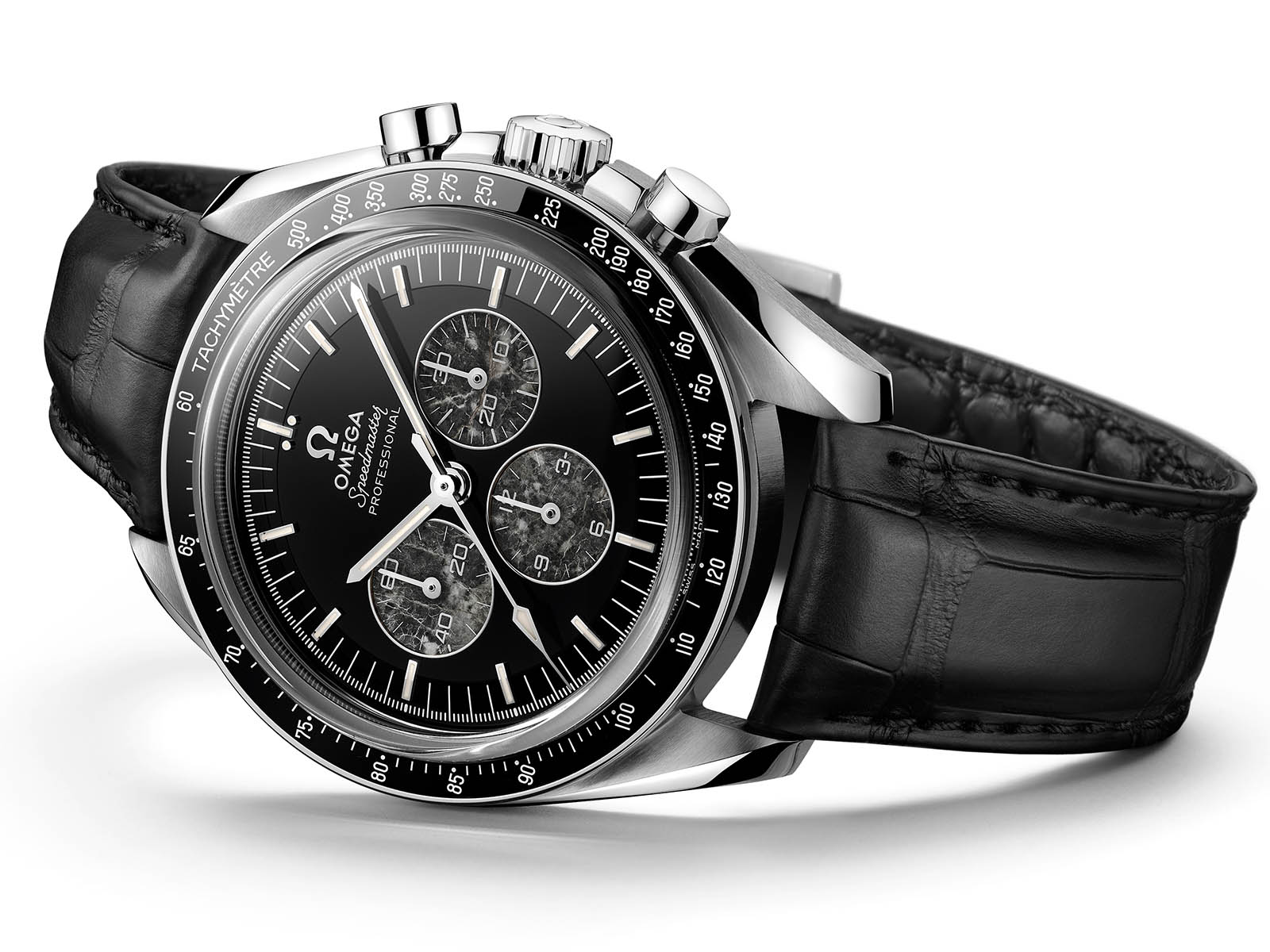 The Omega Speedmaster Moonwatch 321 Platinum comes with a 42mm polished platinum case. In terms of design, the new model does not look very different from the original stainless steel version. The only evolution on the case is the black ceramic bezel with the tachymeter scale featuring white enamel numbers. The case is equipped with scratch-resistant sapphire crystals on both sides and is water-resistant to 50 meters. 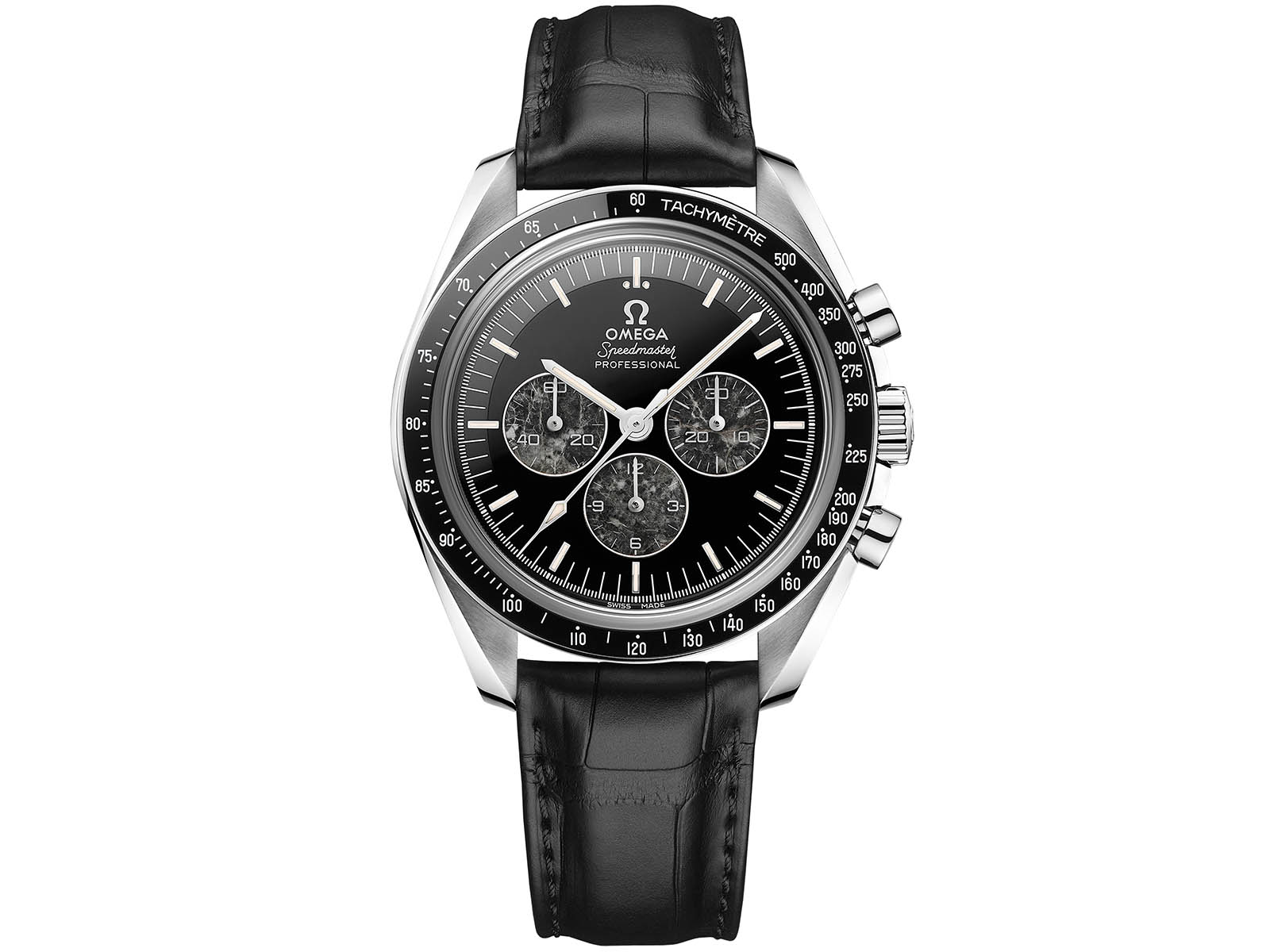 To continue with the Moon Landing theme, the glossy black onyx dial is accompanied with 18K white gold hands and indices applied with Super-LumiNOVA phosphor material. The sub-dials that are finished with meteorite dust are also in harmony with the overall theme. 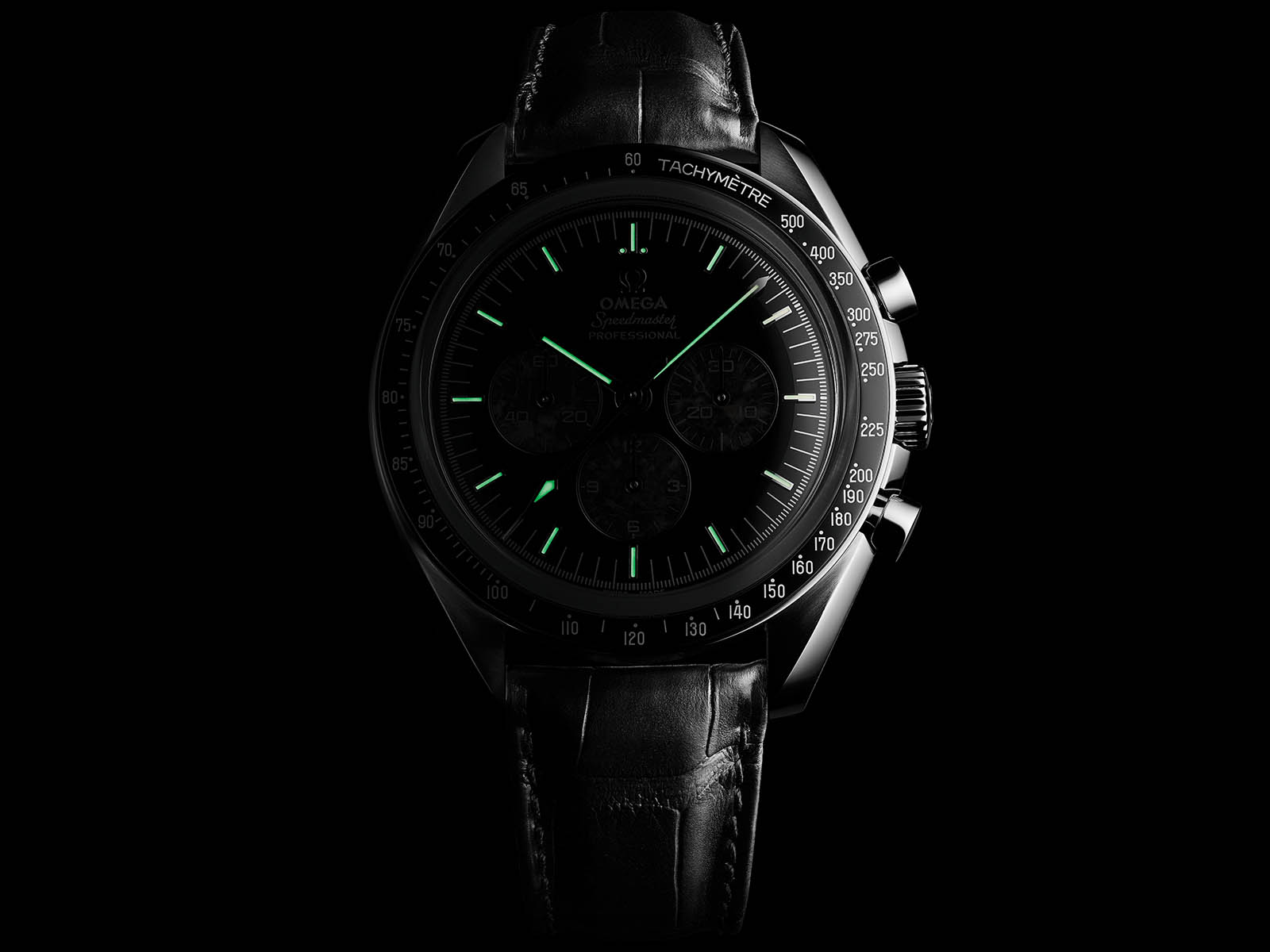 The model is powered by the classic hand-wound Caliber 321. The movement, which is visible through the sapphire crystal display case back, features a column-wheel chronograph and offers a power reserve of 44 hours when fully wound. 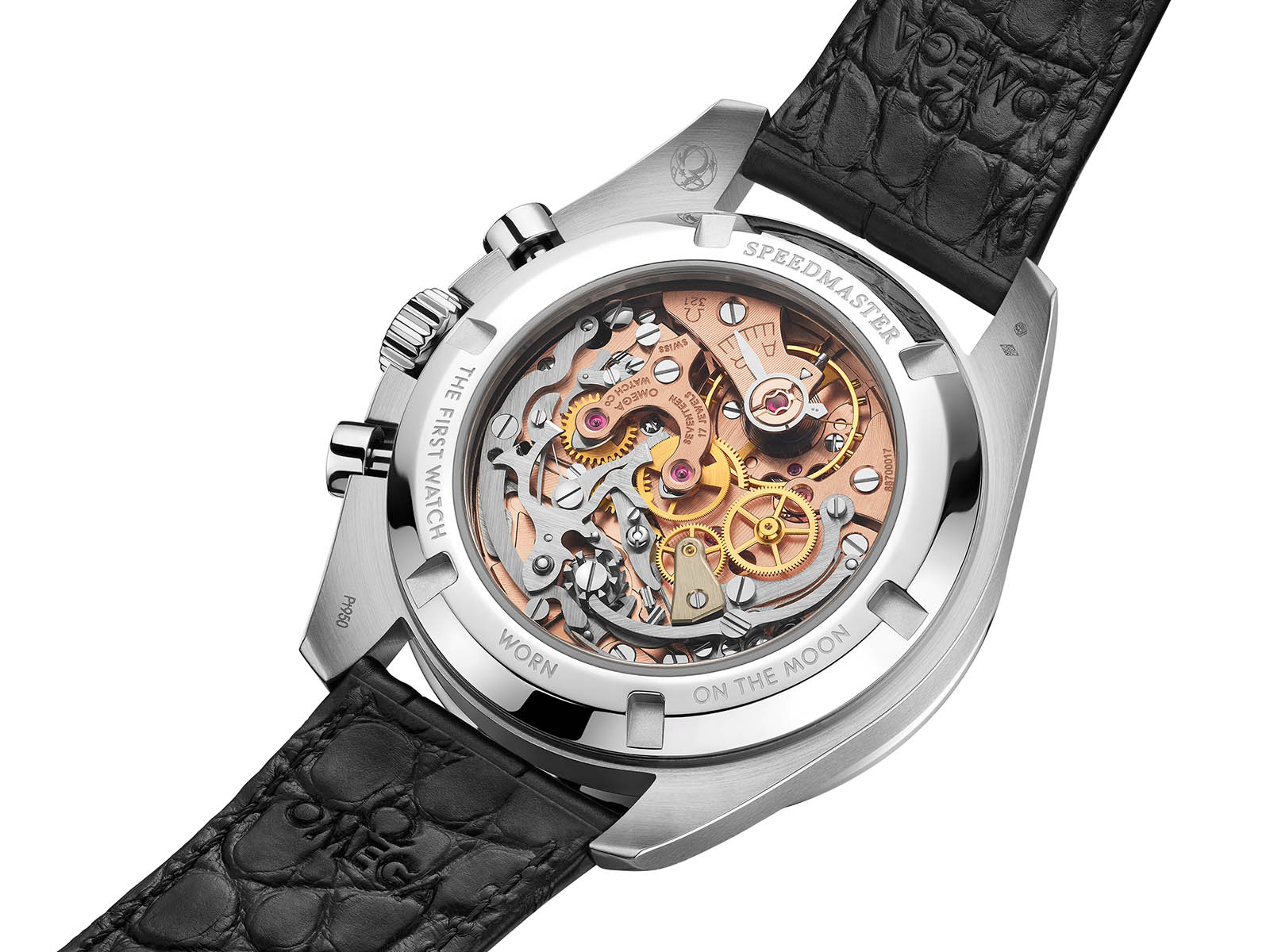 Omega Speedmaster Professional Moonwatch 321 Platinum comes on a black alligator strap and a platinum buckle. The production info (standard or limited) and MSRP are not announced yet.