PAM720 and PAM721 from Officine Panerai’s exclusive production collection of maritime legends, make the devoted fans smile as well as stand in a brown study. 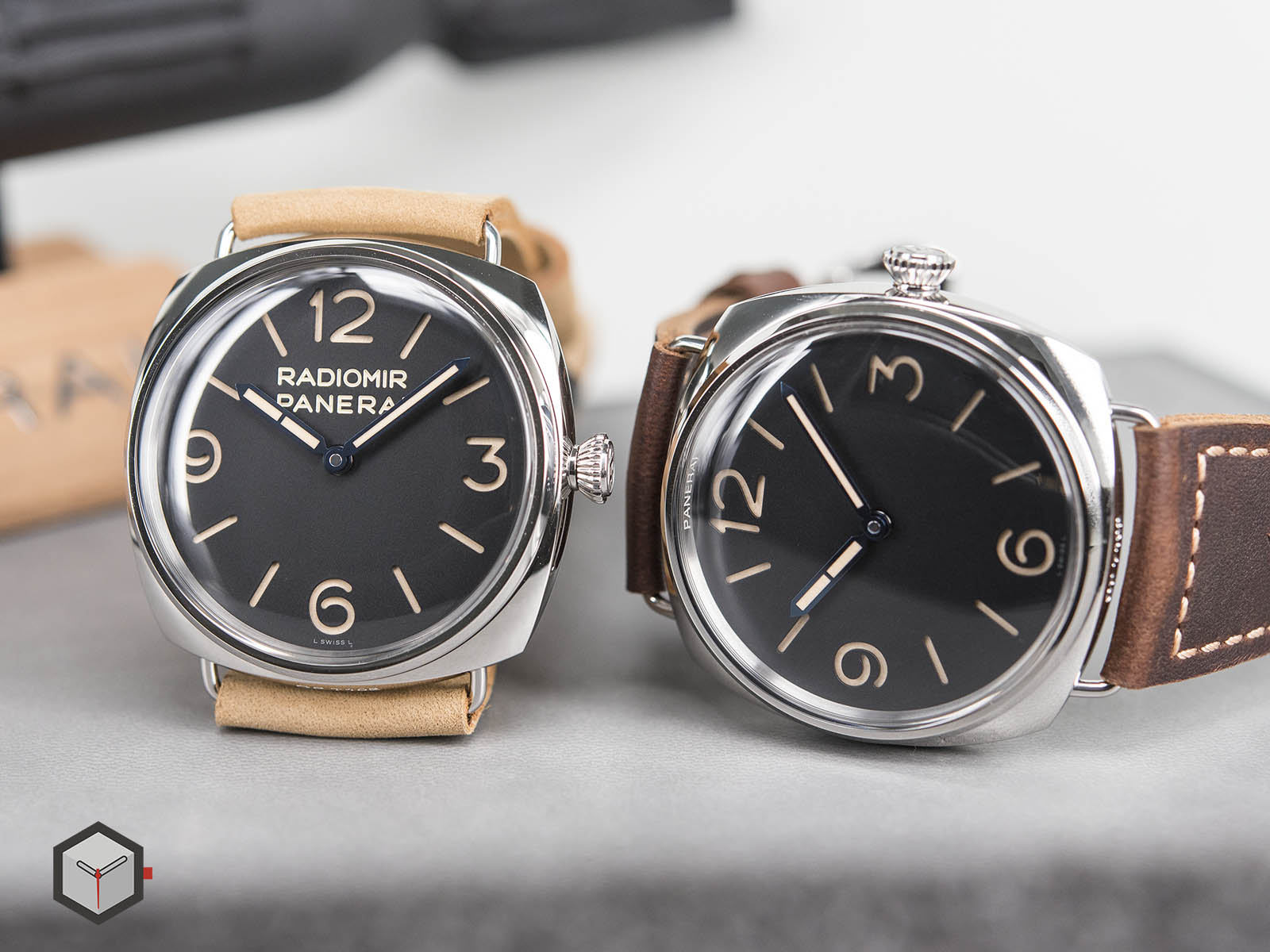 I seem to hear you asking, “How come?”. Let’s take a quick look at the history of Panerai before explaining it in detail. At the end of the 1930s Giovanni Panerai, who was to meet the expectations of the Italian Navy and to produce watches to be used in military missions, begins production of watches with the help of taking watch cases and movements from Rolex. To be able to read the dials under water freely, luminous watches are produced with hands and indices painted by radium whose fatal radioactive properties were not yet known. Panerai’s first model 2533 and the following 3646 referenced models named Radiomir after the radium used in the dials. Designs that let lugs to be added to the pocket watch cases and allow them to be worn on wrists by adding straps later evolves in to "Luminor" models with features such as thicker lugs, patented winding crown protection mechanism and tritium painted indexes that do not emit lethal doses of radiation.

Today, Panerai models, which are divided into two groups according to whether they have a winding crown protection mechanism, continue to attract the attention of watch enthusiasts with their large sizes and simple designs. Although Panerai begins producing watches with the Ref. 2533 model, the Ref. 3646 "Kamphschwimmer" models have a far more different value in the eyes of the devoted collectors. The models PAM720 and PAM721, which are introduced under the Special Collection of the year 2017, come as the exact reproductions of these special models. 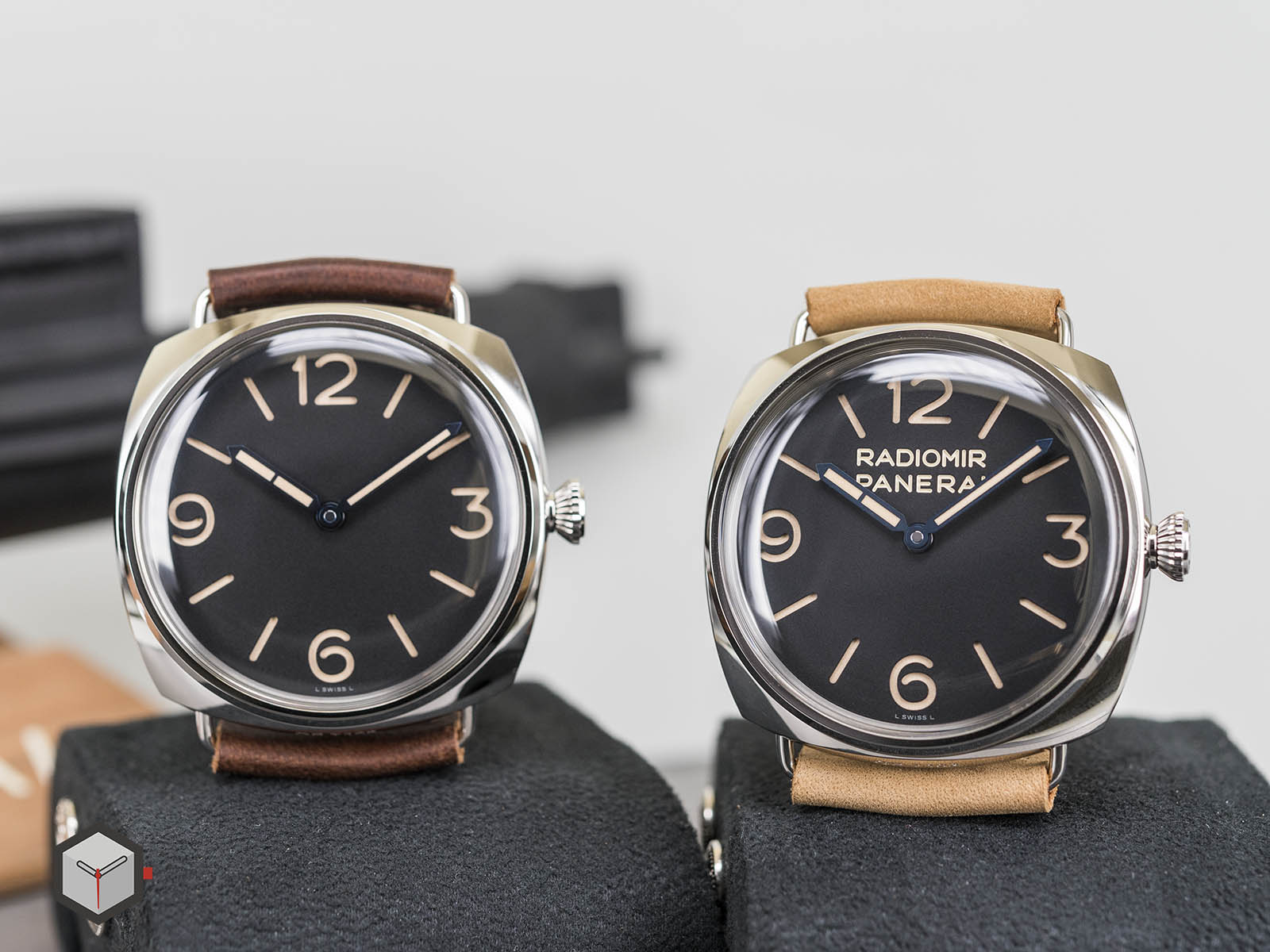 This situation divides the fellow Panerai fans into two different groups. In general, the simple design of the timepieces forces the Panerai to produce watches that are very similar to each other. On the other hand, collectors who pay more attention to detail also get different pleasures from each new model and constantly increase the number of Panerai watches in their collections. This dilemma reduces the sympathy of some of Panerai’s loyal followers for the brand while attracting new customers’ attention and turning them into commercial advantage with increased brand recognition. At the end of the day, it is not possible to make everyone happy at the same time. 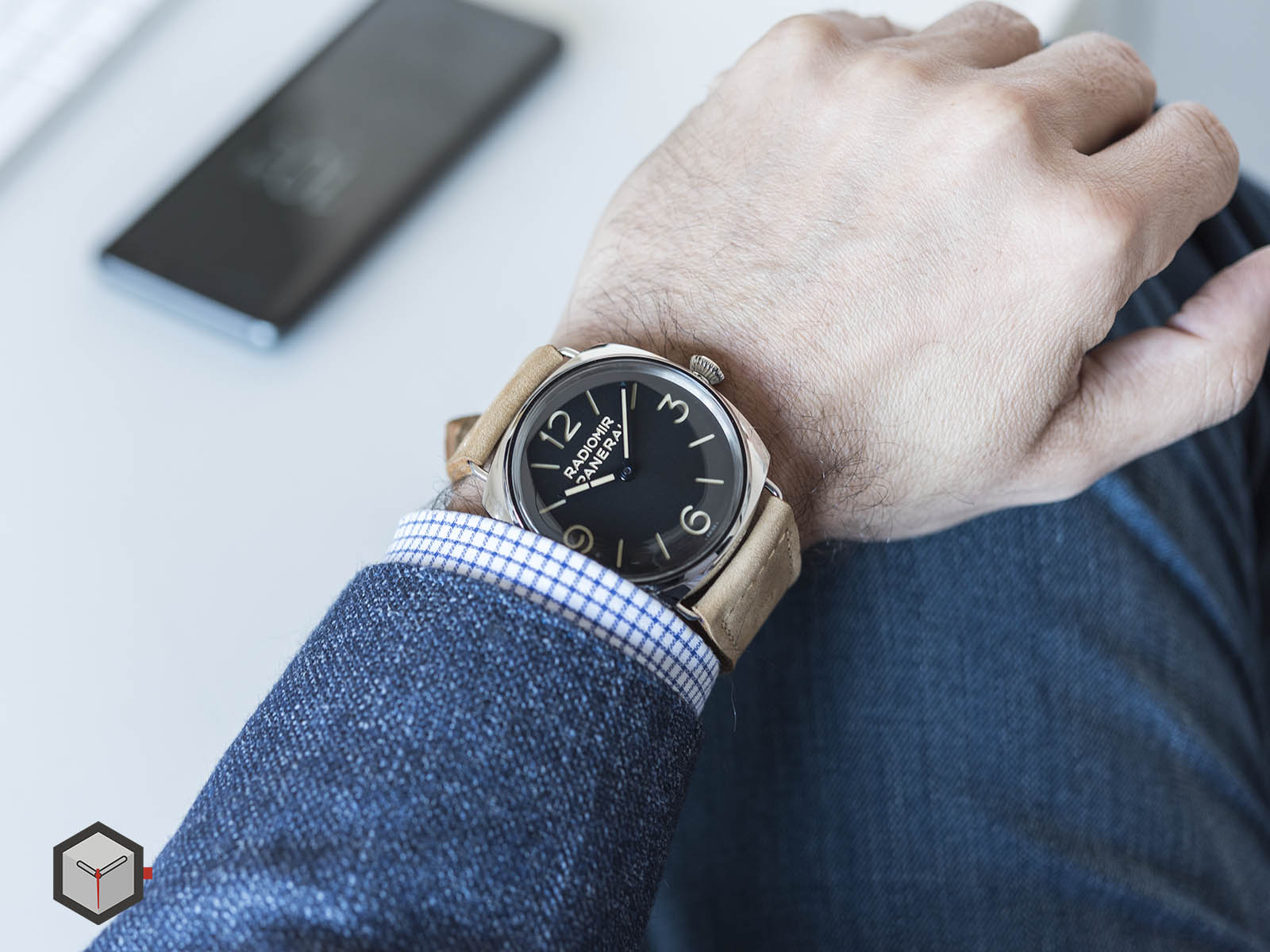 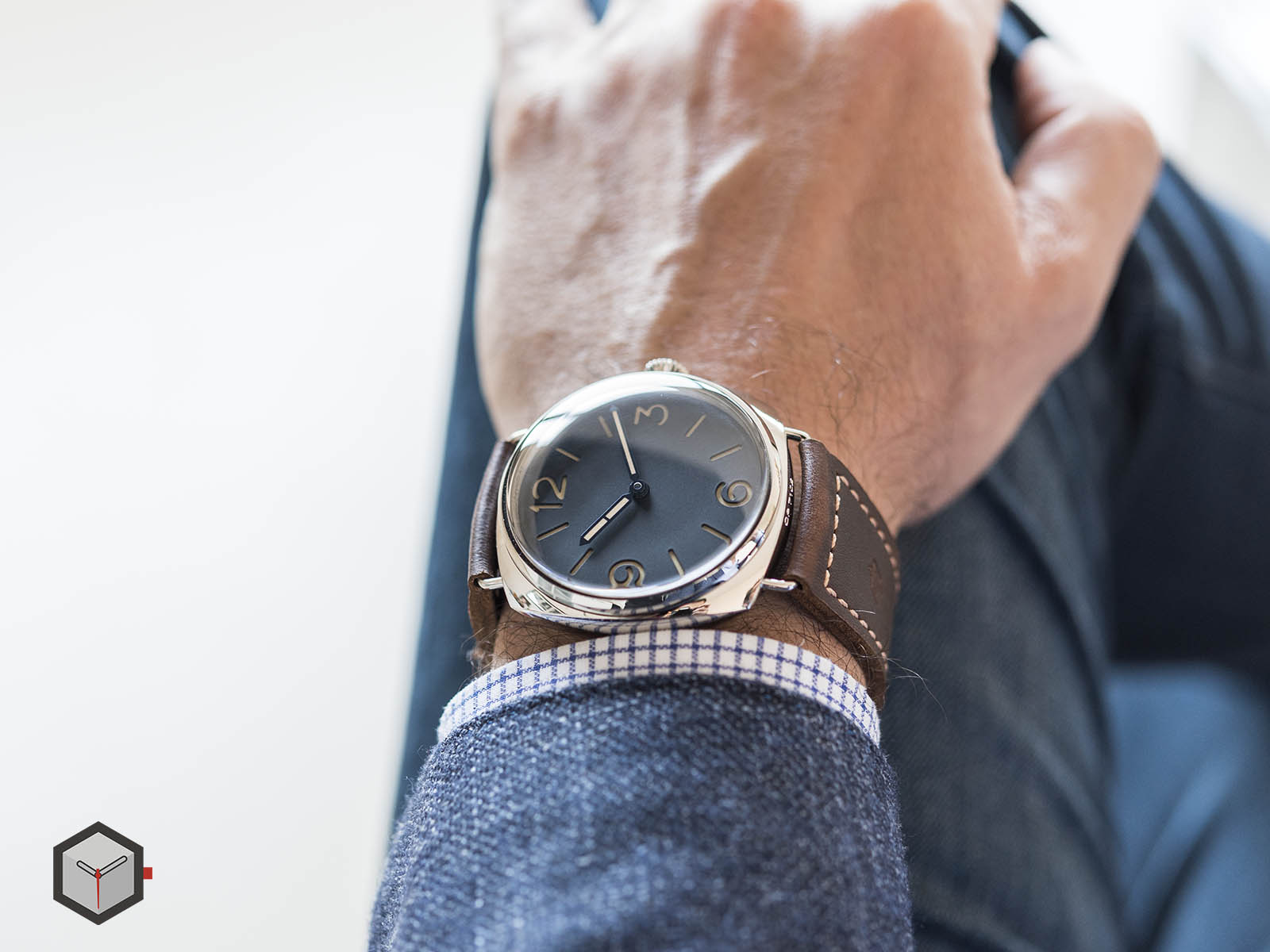 Let’s leave the management and sales strategies aside and return to our focus: we have two models which are designed reflect the peak level of simplicity. Within the two different modes, separated by text and strap differences only from each other, there are no limited production numbers for the PAM721 model while the PAM720 is produced with a limited number of 500 units only. To remain faithful to the 1930s versions of the models, the cases are made of stainless steel with a diameter of 47mm. For Panerai, 47mm case diameter became more like a signature detail. There are even some fanatics who do not take the smaller case models as real Panerais. If you think that 47mm is too big for a "normal" human, I have to say that you are a bit wrong. One of the main things that determines the presence and comfort of a wristwatch is the measure of the case length including the lugs, rather than the case diameter. Panerai Radiomir models have the same case lengths as the 41-42mm diameter models of other brands due to their short lugs. Thus, contrary to what you might expect, they have a much more compact image. The fully mirror-polished case gets a full score with its presence and quality while having my criticism for its total height. In the Ref. 3646 models, there are Rolex manufactured Cortebert movements. Since these movements are very thin, the cases of the original models are thin as well. The Caliber P.3000 movements in the modern Panerais are, unfortunately, far from this finesse. So, does this thickness create any discomfort? The answer is: No. 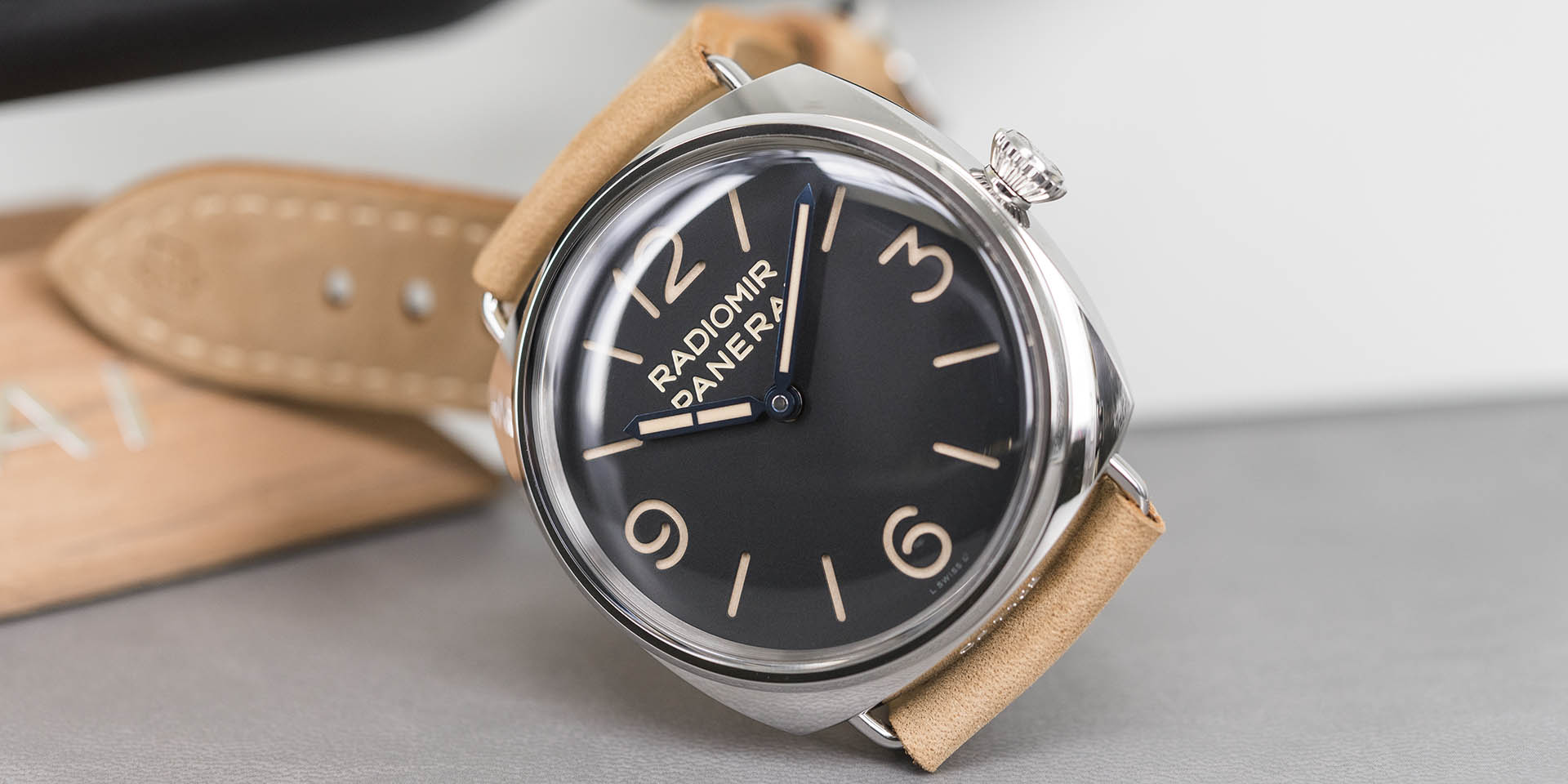 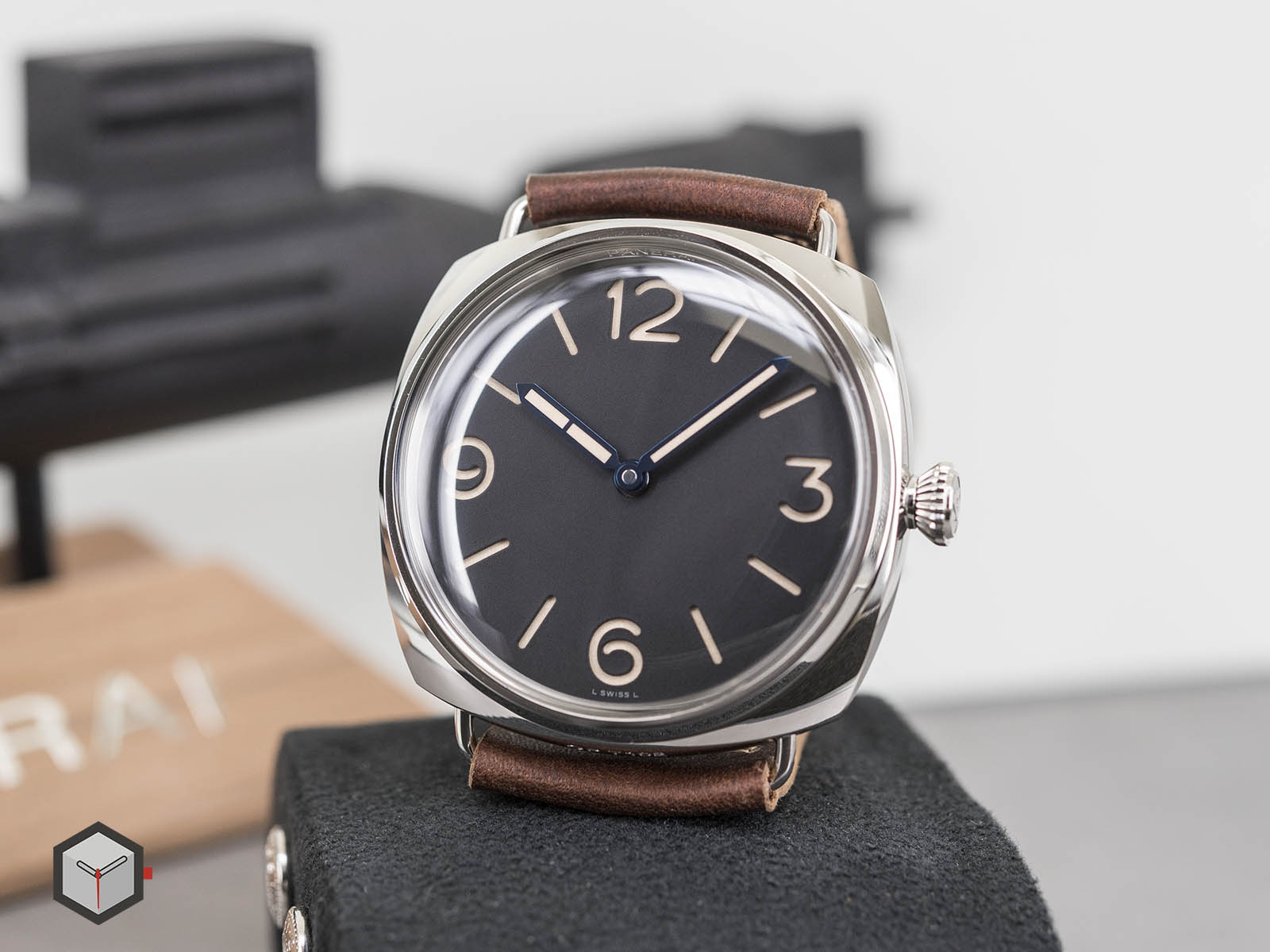 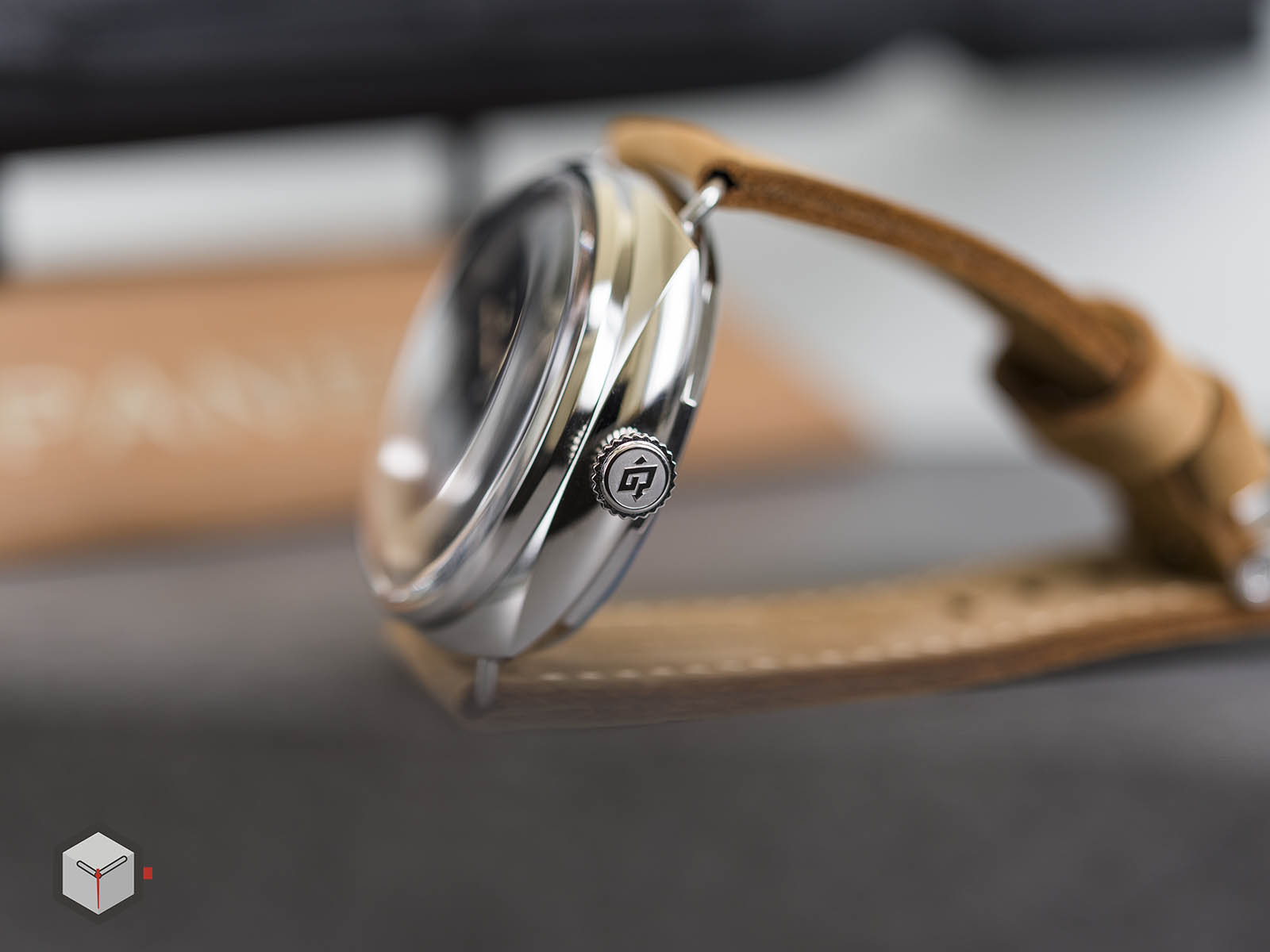 In recent years, Panerai has been using hesalite crystals to remain true to the original specs for vintage inspired models. In these (PAM720 and PAM721) models, one of the details I like is the use of sapphire crystals. Hesalite crystals extremely sensitive to scratches and if you are not a hardcore fanatic of the brand, the sapphire crystal is a much more logical option. The models have screw-in winding crowns and a water-proofness value of 100 meters. Thanks to the design of the Onion-style crown, the winding process is often a pleasurable ritual. 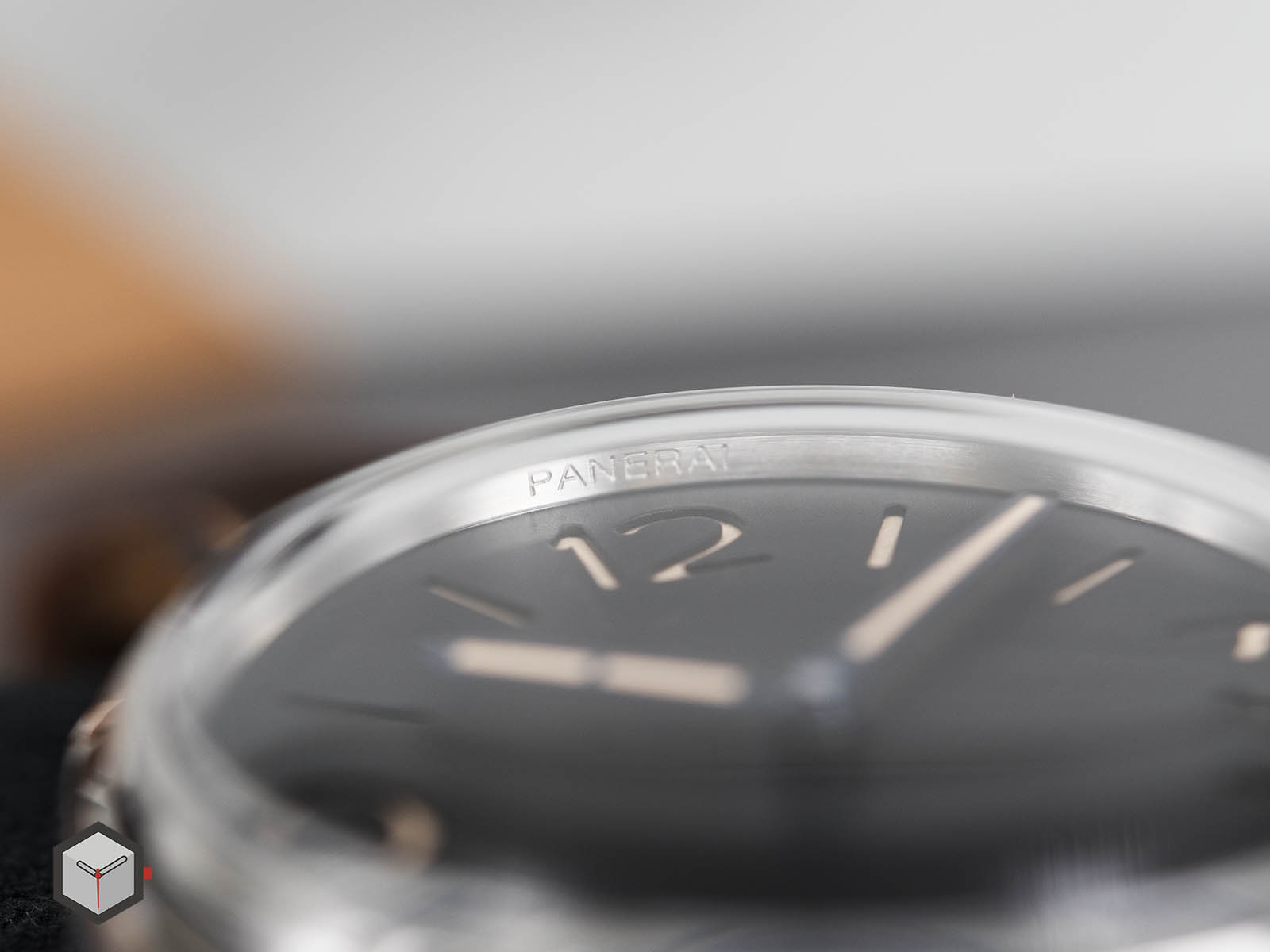 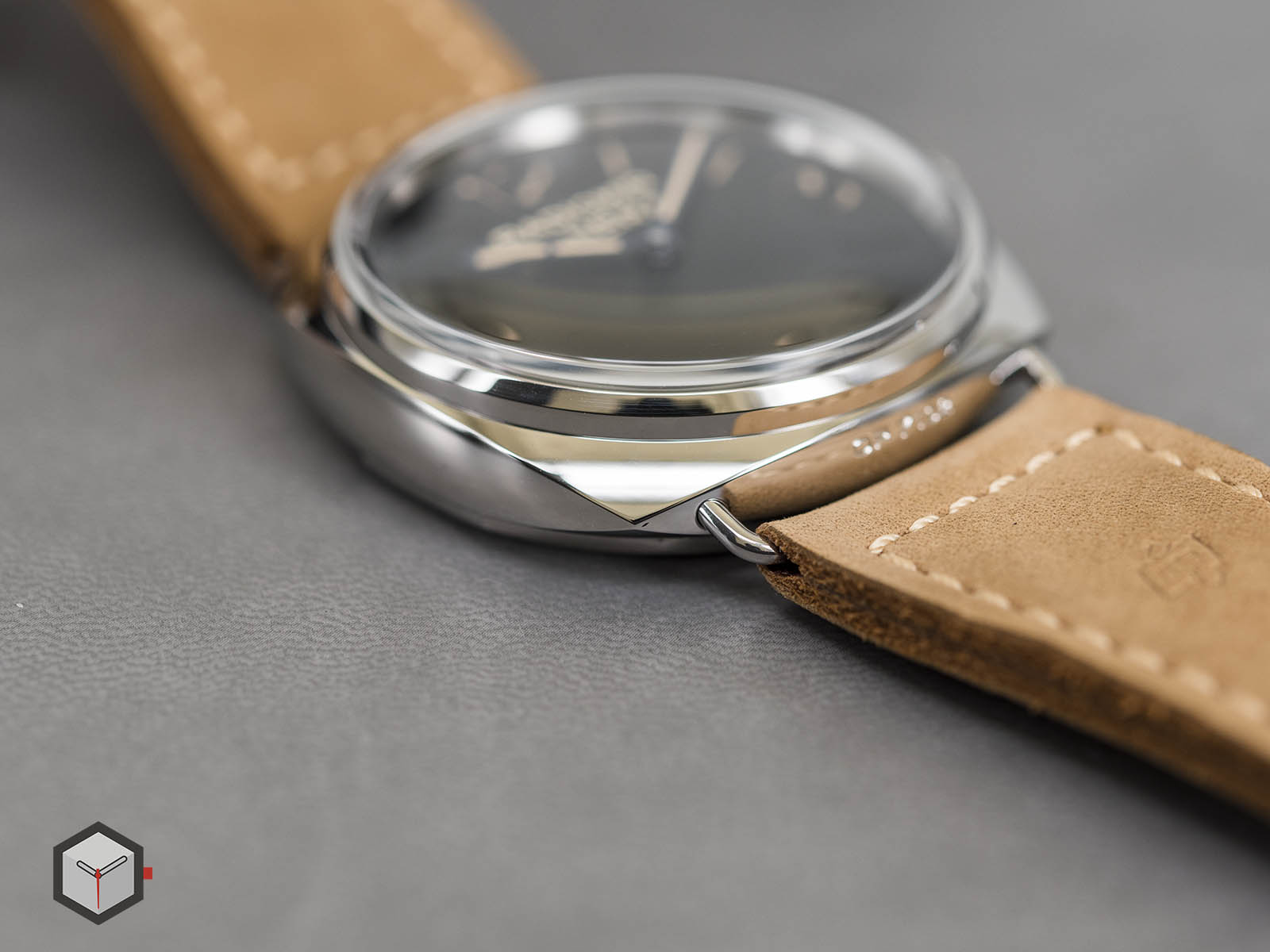 When we turn the watches around, we see the largely sized manufacture Caliber P.3000 through the sapphire crystal display case back surrounded with a brushed stainless-steel frame. In the technical information Panerai provides for the movement, we notice that the caliber measures 16.5 ligne in diameter. “Ligne” is a historical length unit used in France before the transition to the metric system and it is equivalent to 2.2558 mm. Briefly, we have a large caliber with a diameter of 37.2mm. The 21-jewel movement (consisting of 161 parts) beats at a frequency of 21600vph and offers a power reserve of 3 days when fully wound. And the complications that the models have are: (Deep silence). The models featuring an hour and a minute hand only stand like a statute of minimalism before us. To enjoy the dark, vintage looking SuperLumiNOVA applied to the blued hands and indices, being deeply committed to Panerai is a must. 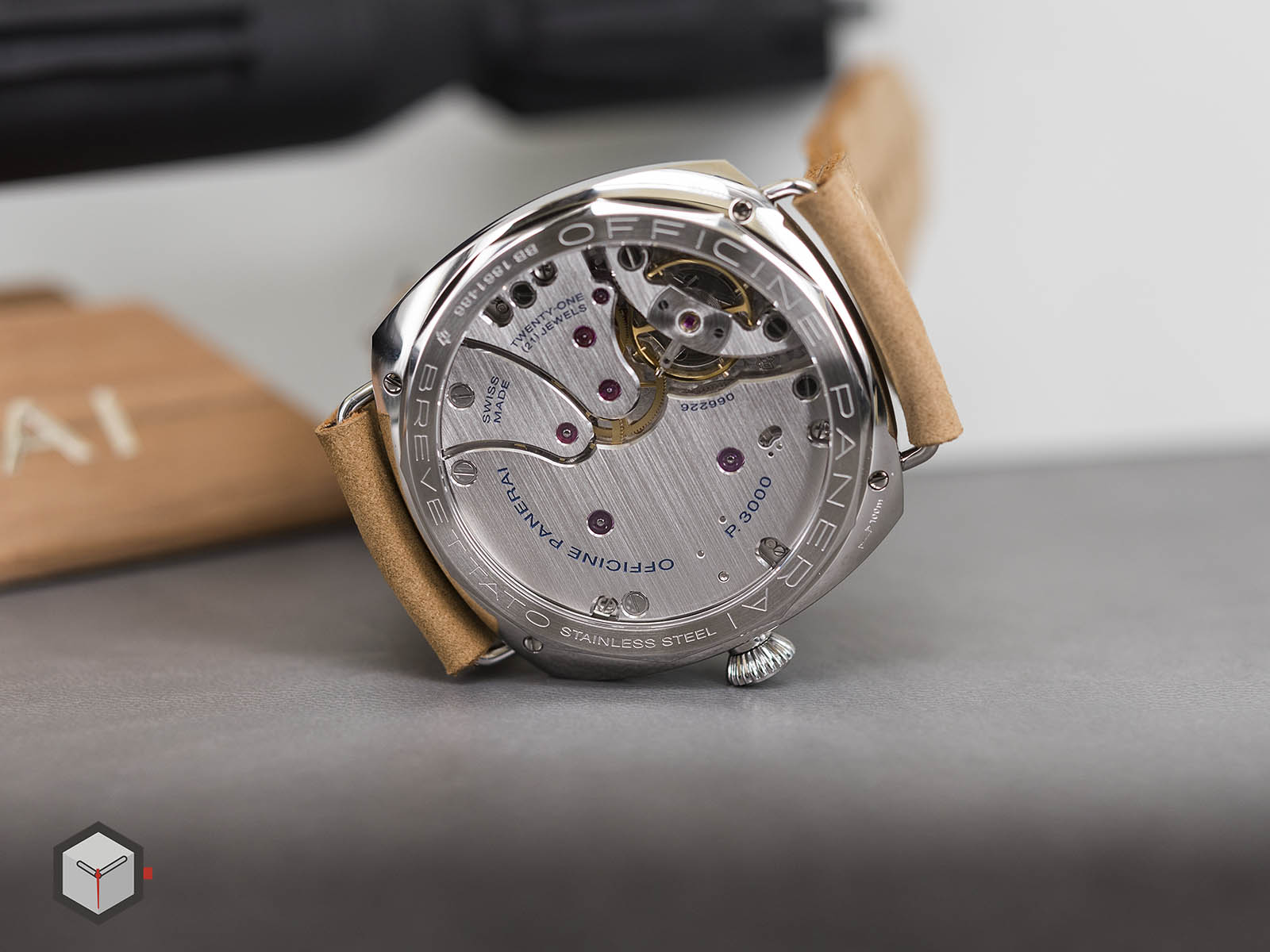 One of the most admired aspects of Panerai is undoubtedly them producing timepieces that are suitable to turn into completely different characters by special straps from countless strap makers. I am saying especially for the ones who have a special interest about the matter: the straps on both models are breathtaking. Adorned with the "OP" logo, the Ponte Vecchio and Assolutamente straps that offer absolute perfection in color, texture and comfort are sized 26mm x 22mm and secured with 22mm wide polished stainless-steel buckles. Replacing the strap is a little bit trickier than the Luminor models, but after a few trials it’s quite easy. You must be extremely careful not to scratch the case while loosening and tightening the four miniature screws on the lugs or mask the case with sellotape. Don’t quote me on this but, the first scratch is the one that hurts most. The latter have their excuse before they happen: true life experiences! 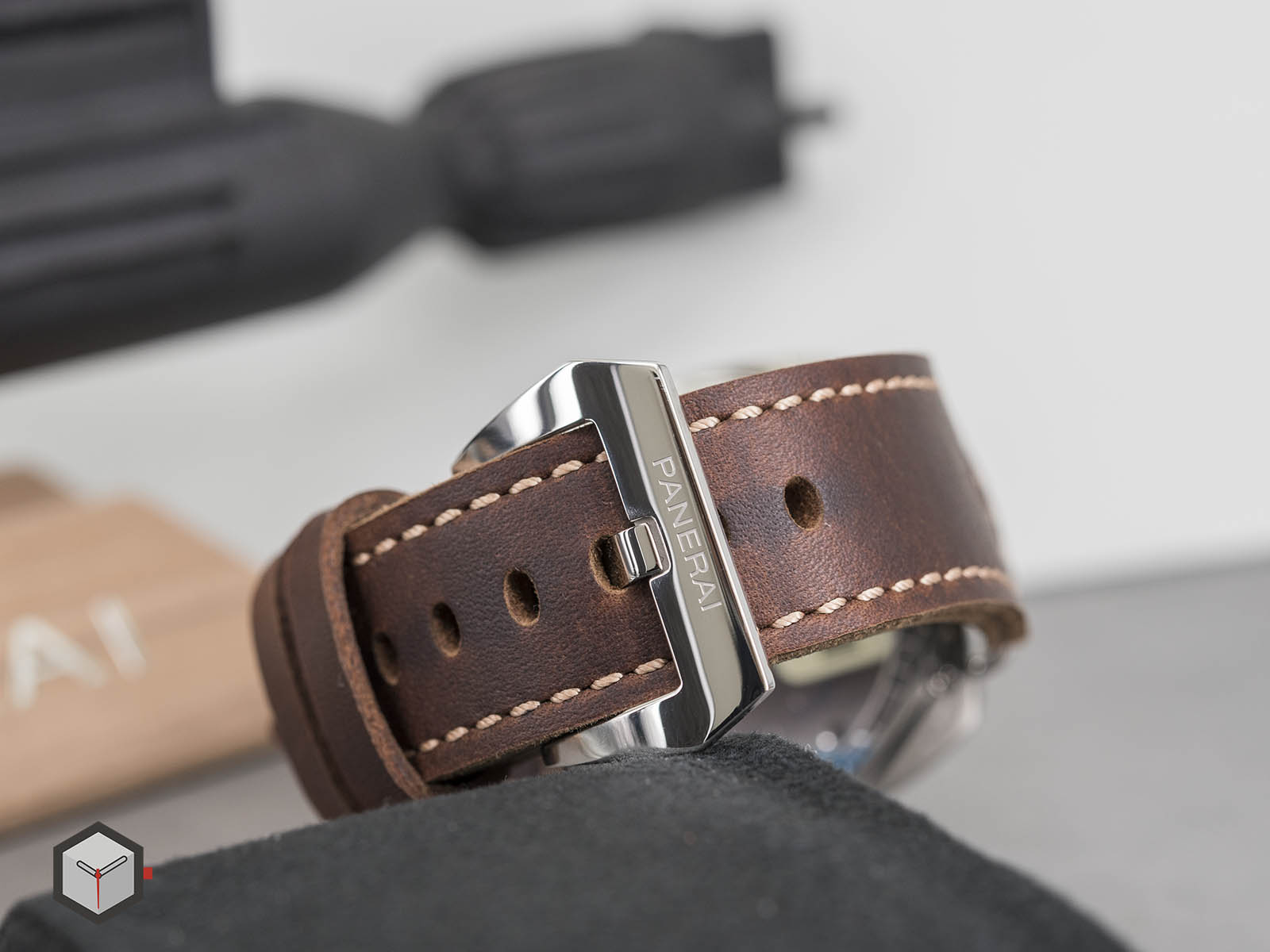 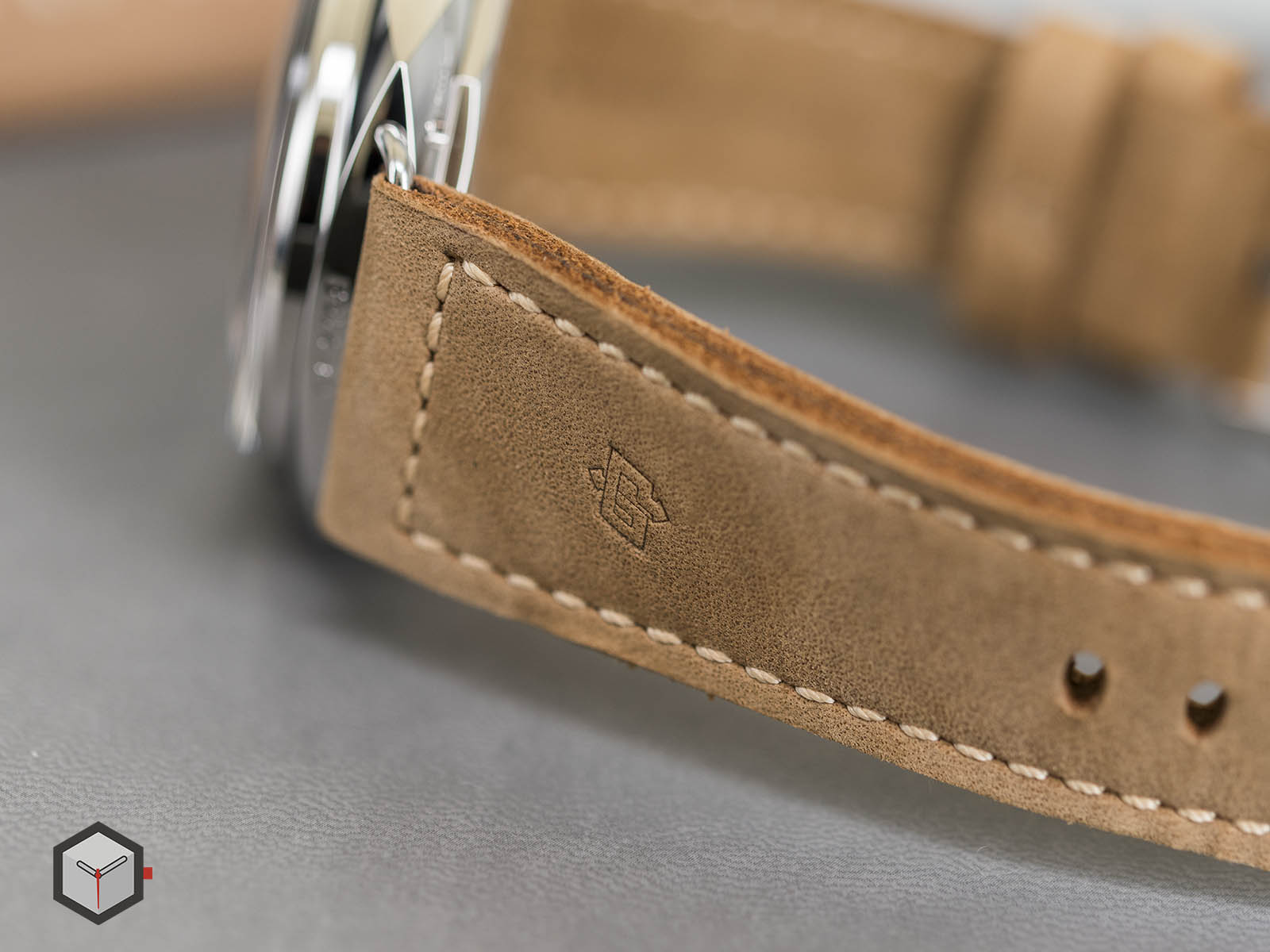 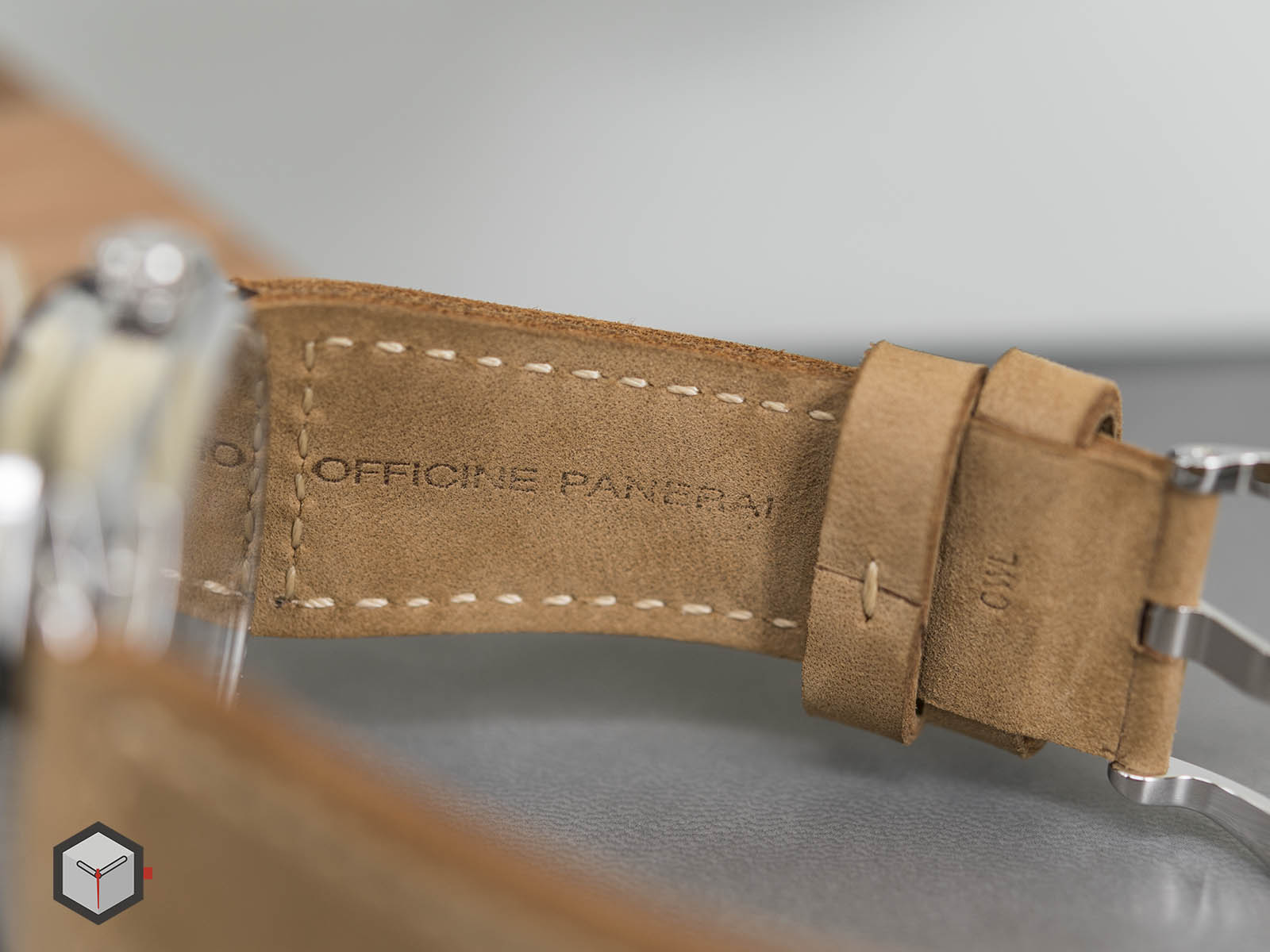 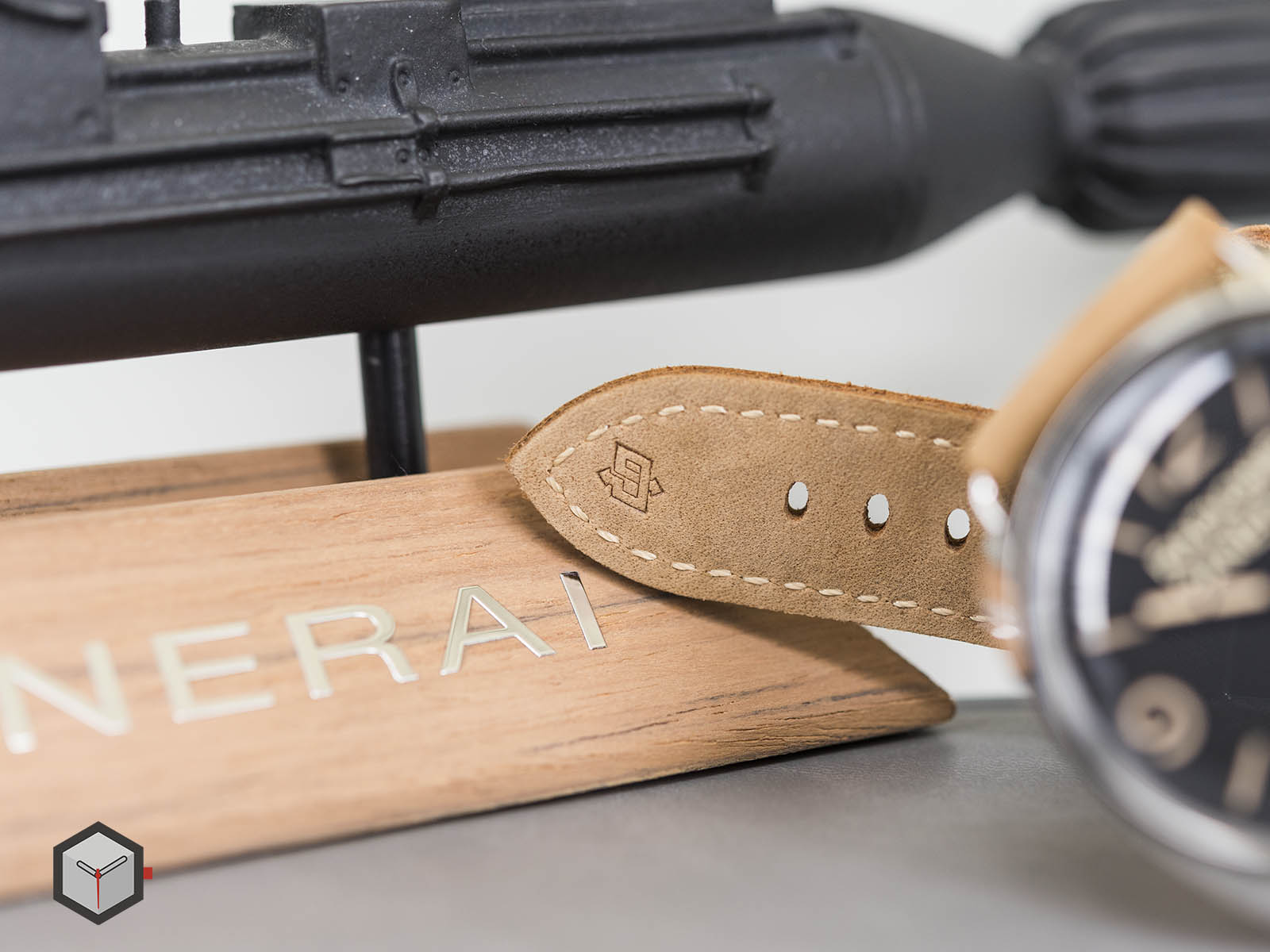 For me, PAM720 and PAM721 are two of the models that carry the Panerai genes most. While blending all the historical values of the brand with today’s technology, it shouldn’t be easy not to skip the old design stuff. Especially for those who think of the PAM720, it is worth hurrying because a Radiomir with these specs deserves to be found in every serious collection. 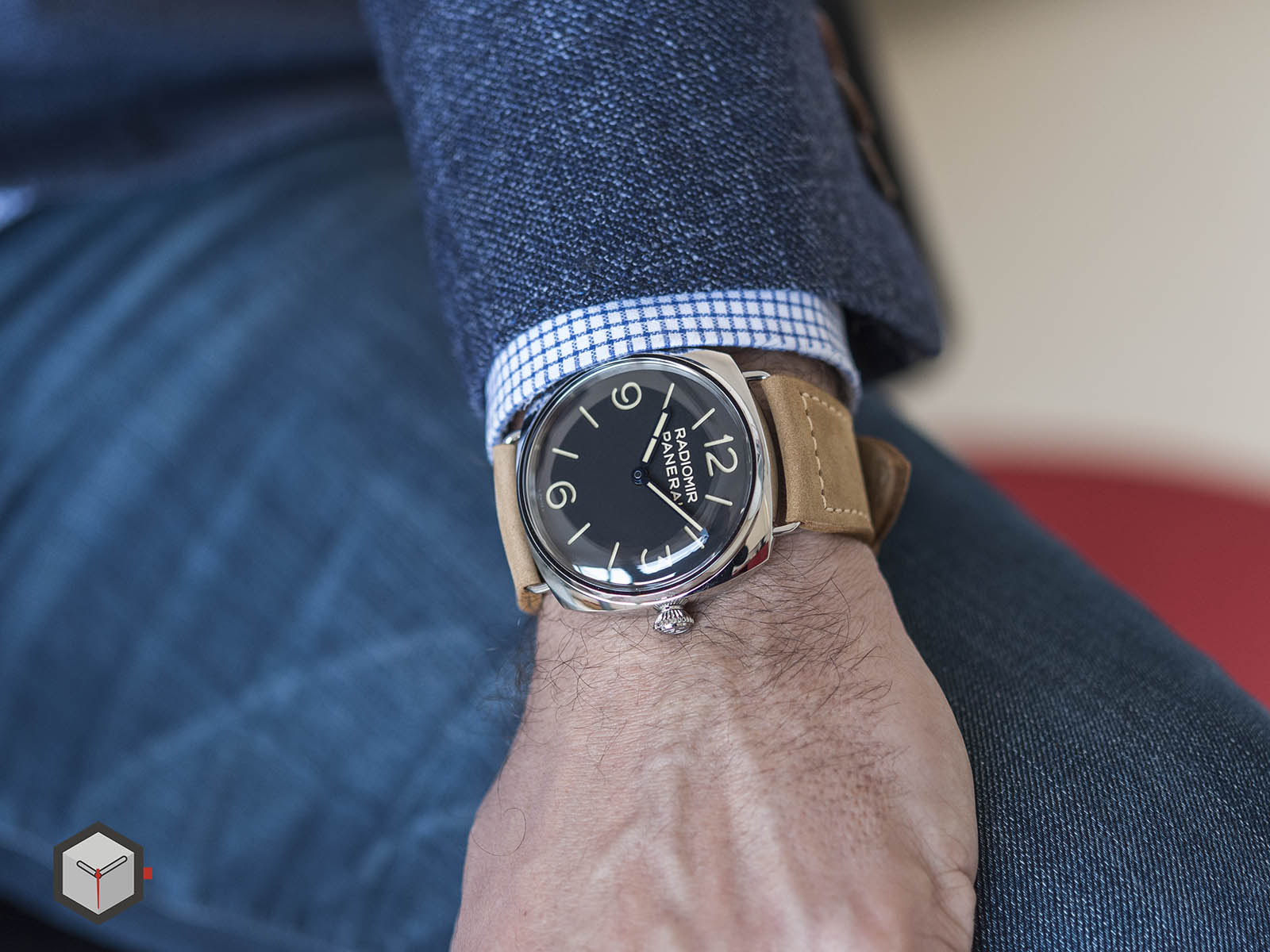 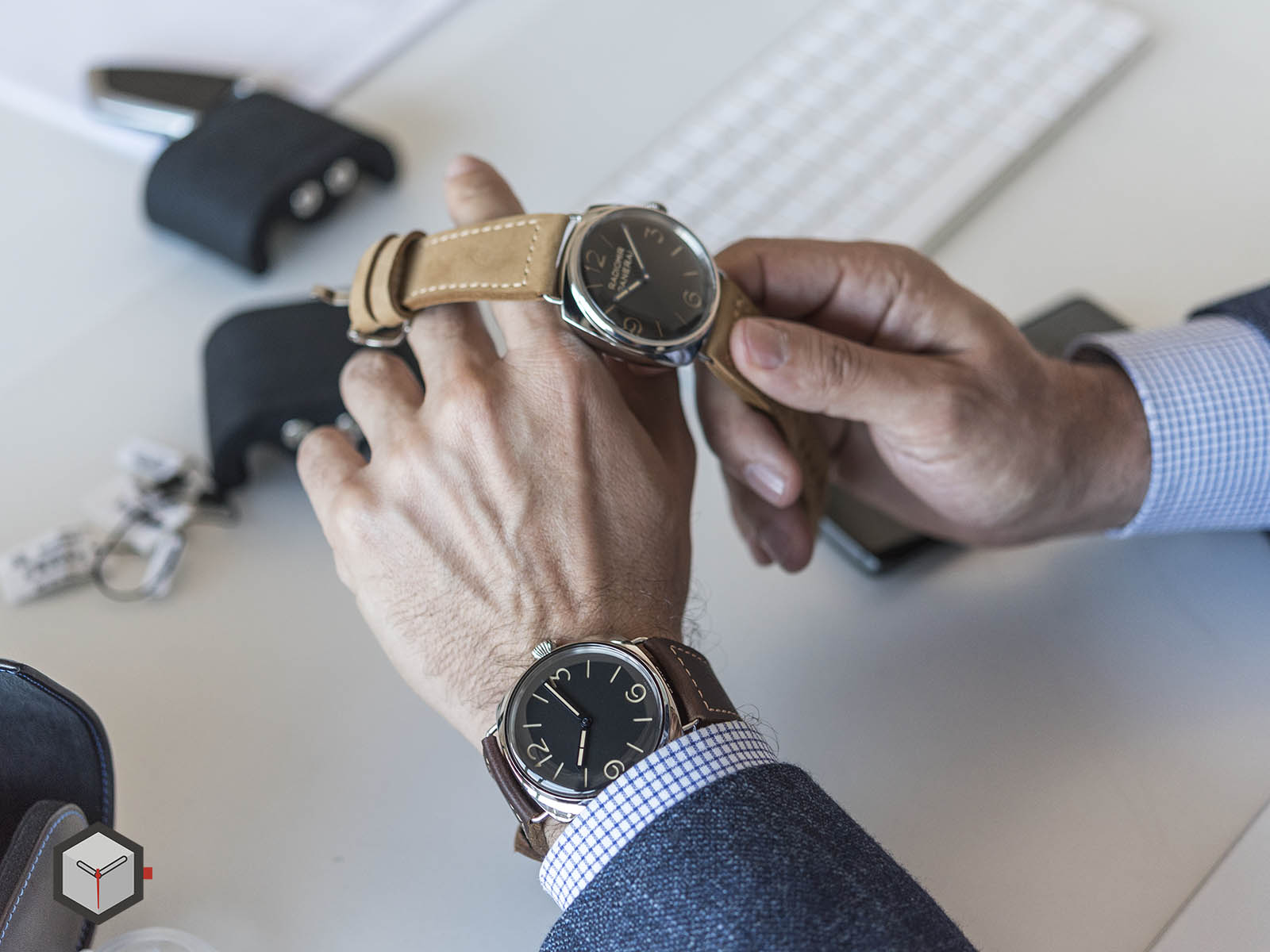