Piaget, one of the famous names in the watch industry, introduced its latest model Piaget Altiplano Ultimate 910P. The new model, which will be officially launched at the SIHH 2018, is the new owner of the world’s thinnest self-winding watch title. 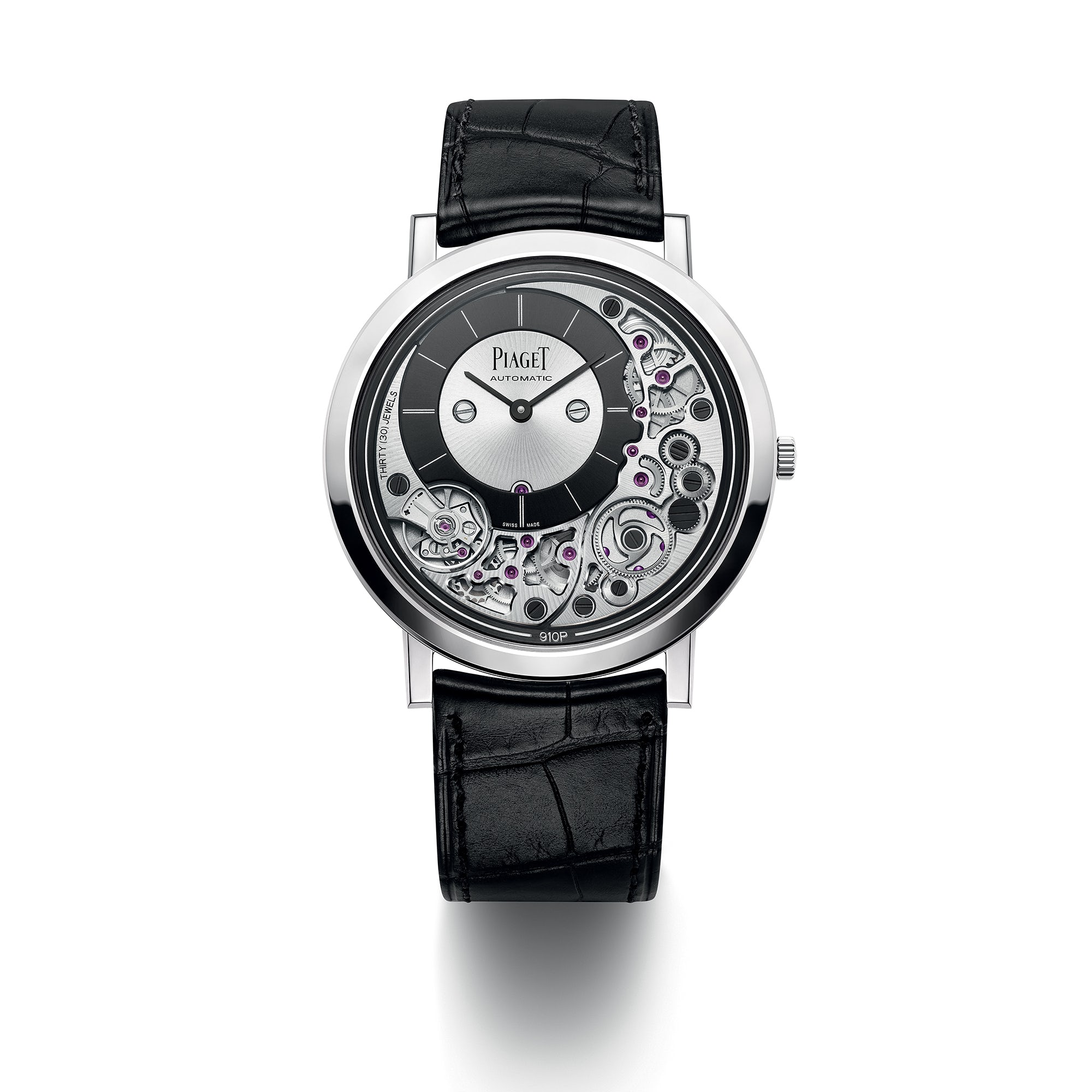 The hype for the ultra-thin watches in the watchmaking industry is quite popular for the past few years. It is possible to see many examples from different watch brands. Bulgari Octo Finissimo Automatic was the record holder for the world’s thinnest self-winding watch which was introduced at the Baselworld last year with a total thickness of 5.15mm - 0.1mm thinner than Piaget’s previous record holder. Now Piaget got the title back with the new Piaget Altiplano Ultimate 910P with a total height of 4.3mm only.

The new model is powered by the Caliber Ref. 910P which is based on the hand-wound version Ref. 900P. The movement makes use of the caseback to support the movement parts, totaling a thickness of 4.3mm. The gears and pivots of the movement are mounted directly on the caseback, which eliminates the need for a conventional main plate as in a standard caliber. 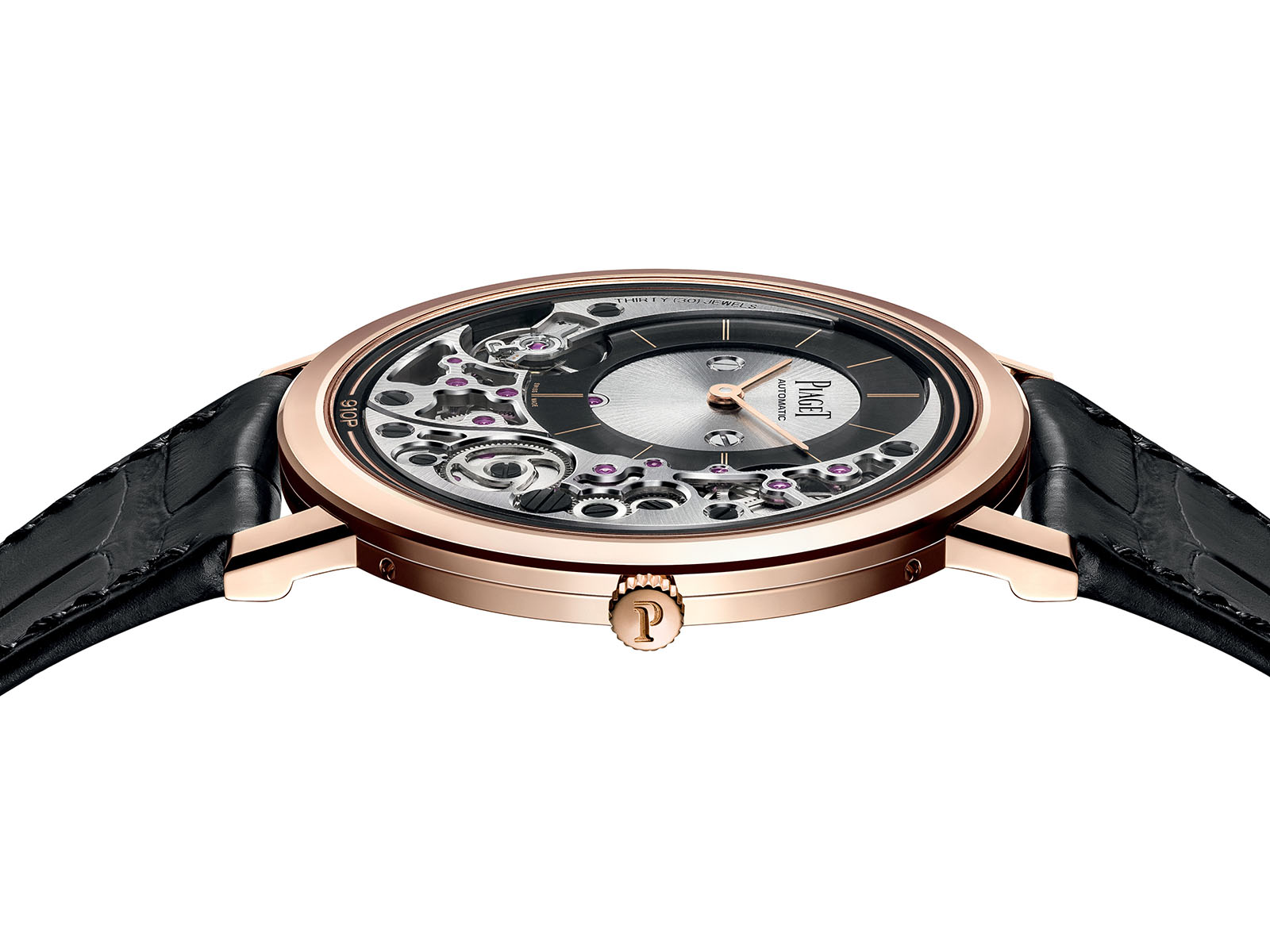 The dial is designed in off-centre style and it is located between the bridges on the front, and the entire gear train that lies out as an arc around the dial making everything (from the ratchet wheel to balance wheel) visible. 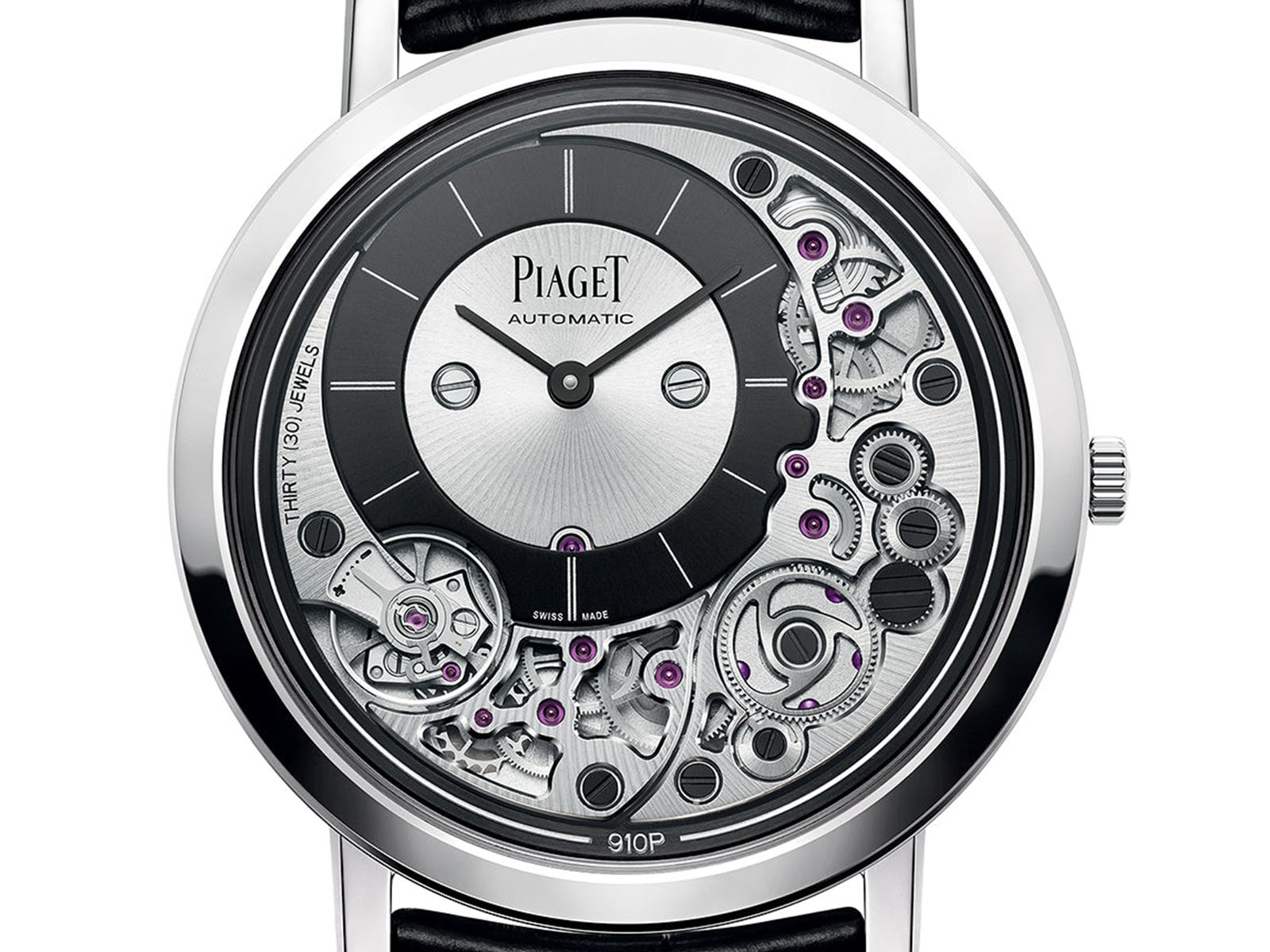 And as with the 900P, extra thickness is eliminated by simplifying the barrel system. Instead of having double bearings as top and bottom, the barrel is mounted on a single bearing.  In the meantime, the movement is still capable of offering a 50-hour power reserve.

Another important detail about the mechanics of the mechanics is hidden in the rotor design. The rotor, designed in a peripheral shape, is arranged not to create an extra thickness on the movement. For possible inefficient winding problems due to the reduced mass caused by the peripheral shape, the rotor is manufactured from solid 22K gold and attached to the center of the movement by ball bearings. The model is offered in a moderately large diameter of 41mm, available in both 18k pink gold and white gold.