What will be the outcome when Rolex gets involved in the 70s Quartz craze? Of course, a legend that has taken its place in the dusty pages of history: Rolex Oysterquartz. 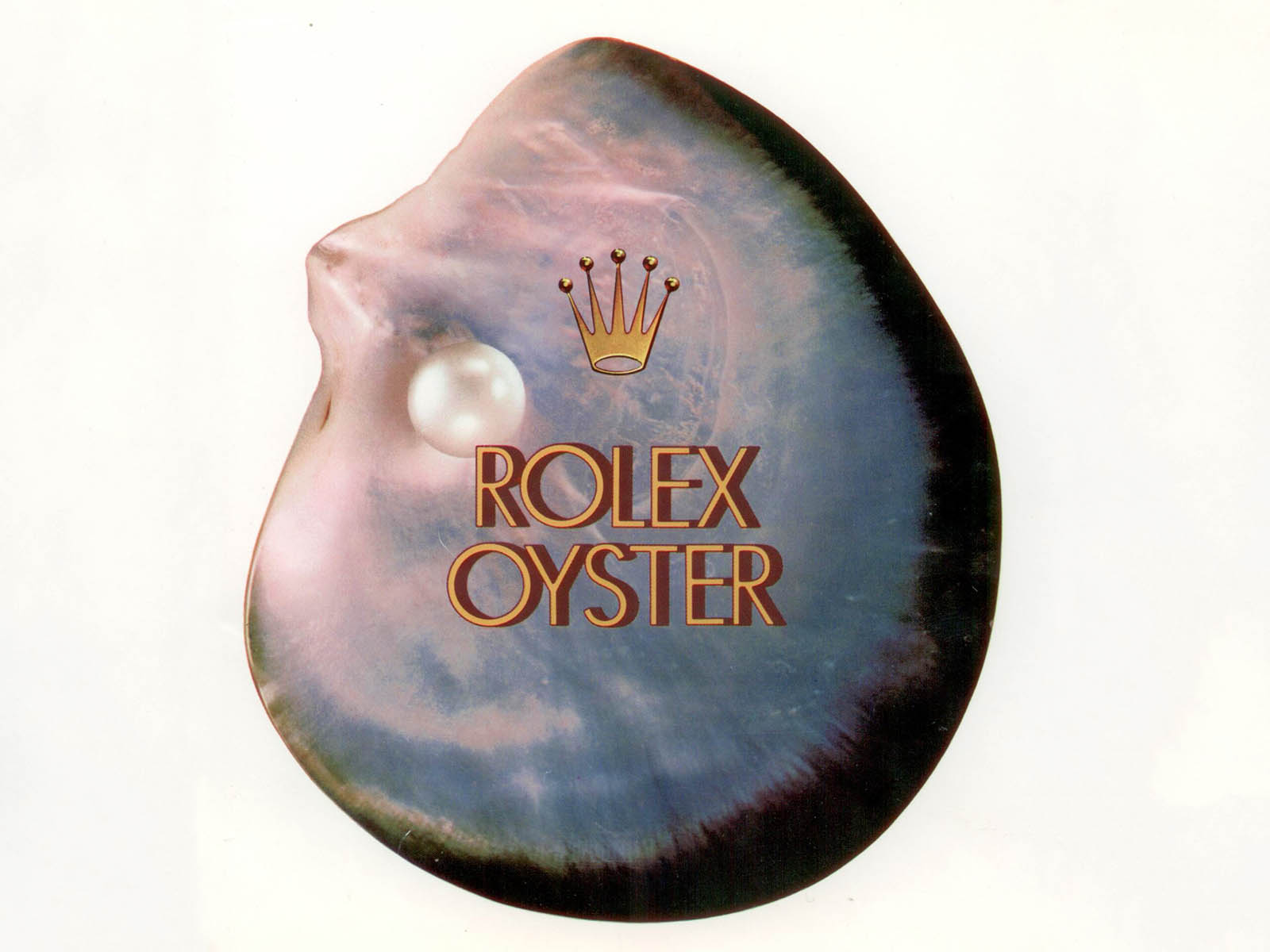 Since the 1970s, the Quartz watch craze has literally taken over the watch industry and has led to the fate of countless brands. Many names either bankrupted or changed hands or entered sleep periods that would last for many years. Some managed to turn the crisis into an opportunity with quick maneuvers and managed to escape this war, whose effects will last many years, with minimal damage and even profit. 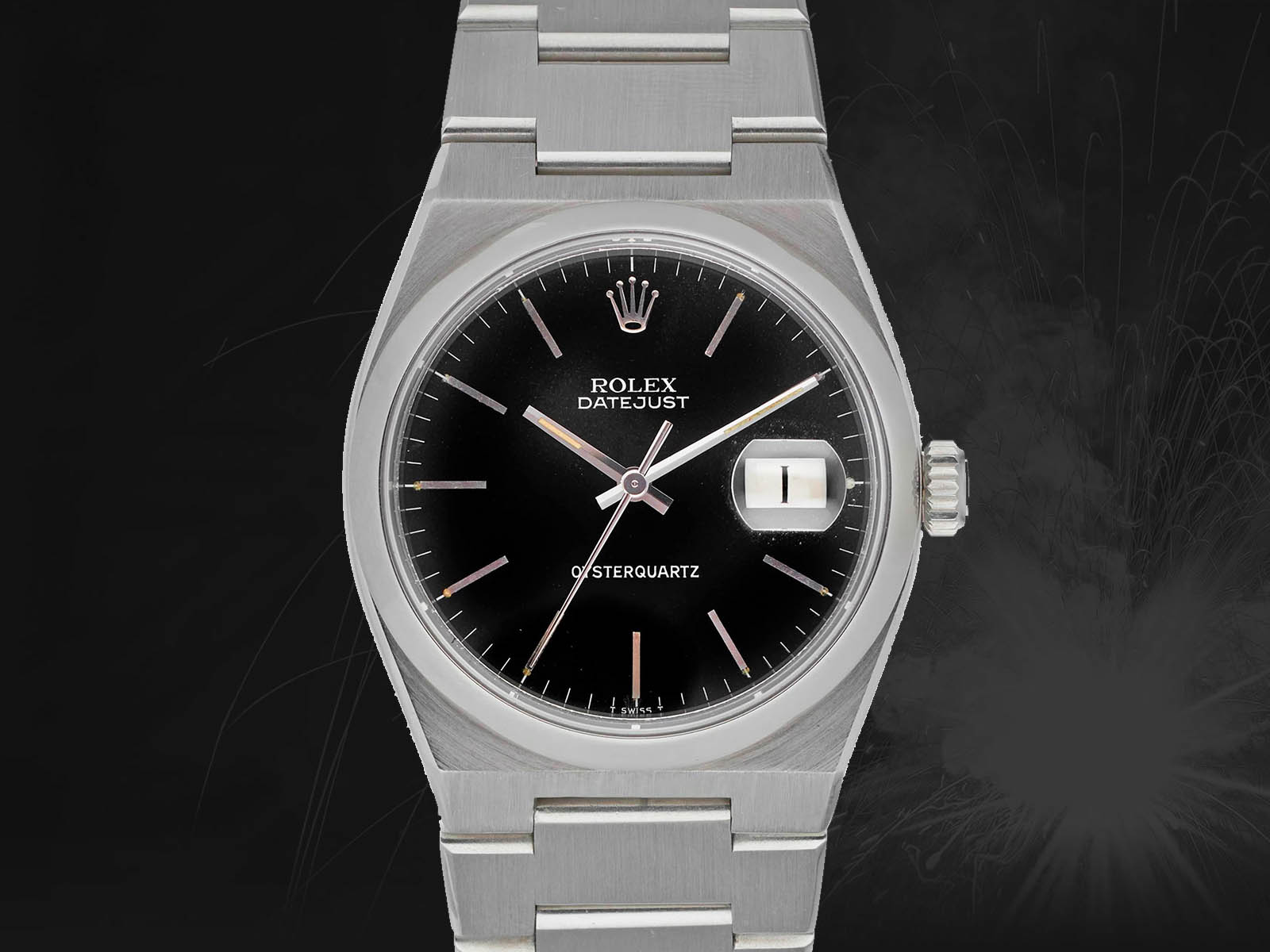 Rolex, today’s watchmaking legend and industry’s leading player, was affected by the Quartz crisis as well. The Swiss watchmaker, who wanted to reclaim their rapidly declining market share due to the non-stop attacks of the Japanese, rolled up its sleeves and made a radical decision to launch its first battery-powered watch. Now, are you ready to learn the story of one of the most advanced Quartz watches ever? 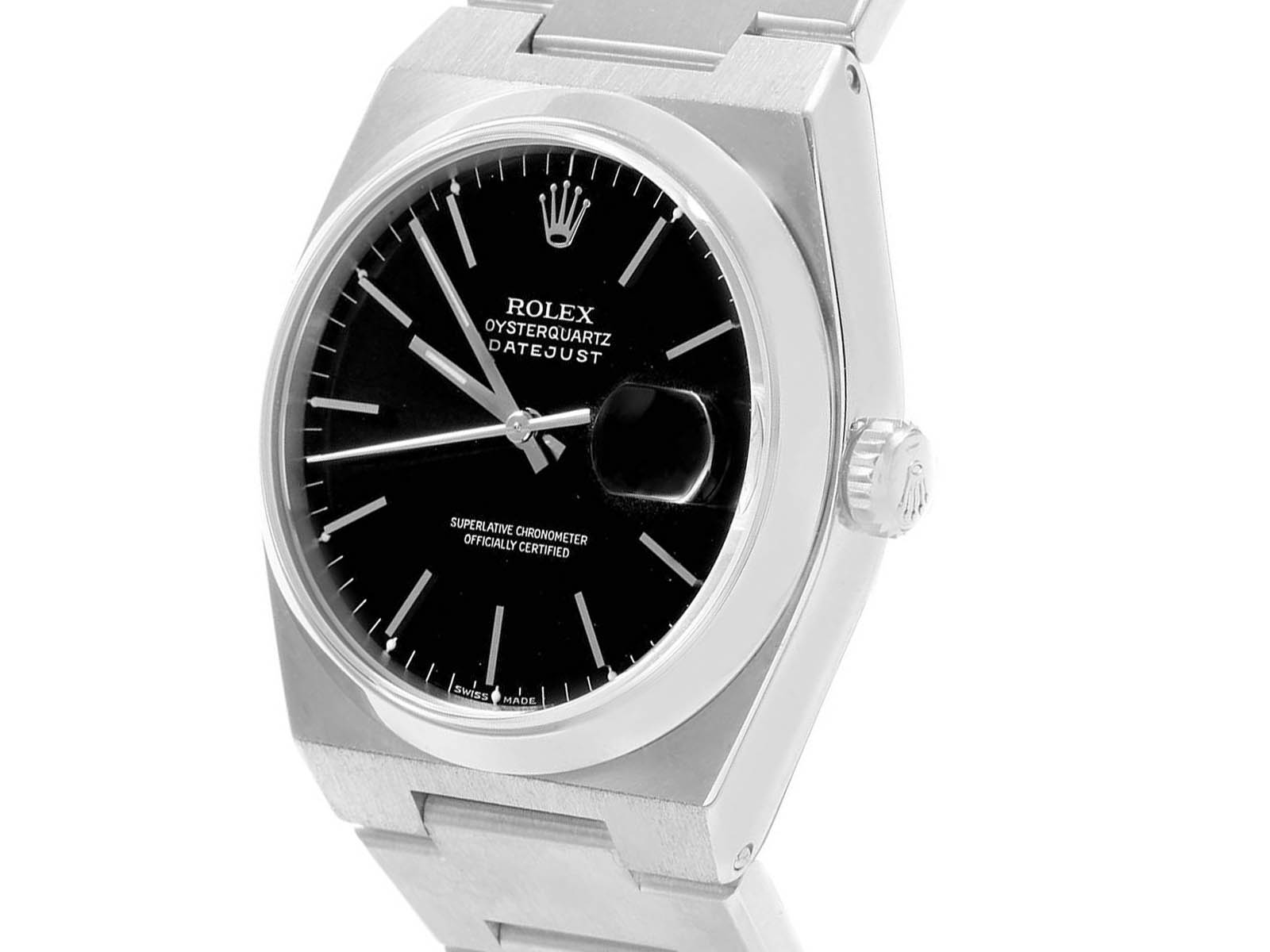 In the early 1960s, the Swiss Watch Industry, which cannot stay indifferent to the rise of Quartz watches, founded the Center Electronique Horologer (CEH). The aim was to produce a battery-powered movement that would meet the high standards of Swiss watchmaking. After a long period of research and development, Beta 21 movements were produced in the late 60s. So, who used these calibers? Patek Philippe Cercle d’Or, Omega Electroquartz and of course Rolex 5100 Quartz. The Rolex 5100 with 18K gold case and bracelet was produced only 1000 units and sold well. These models were also the sapphire crystal watches of the brand. 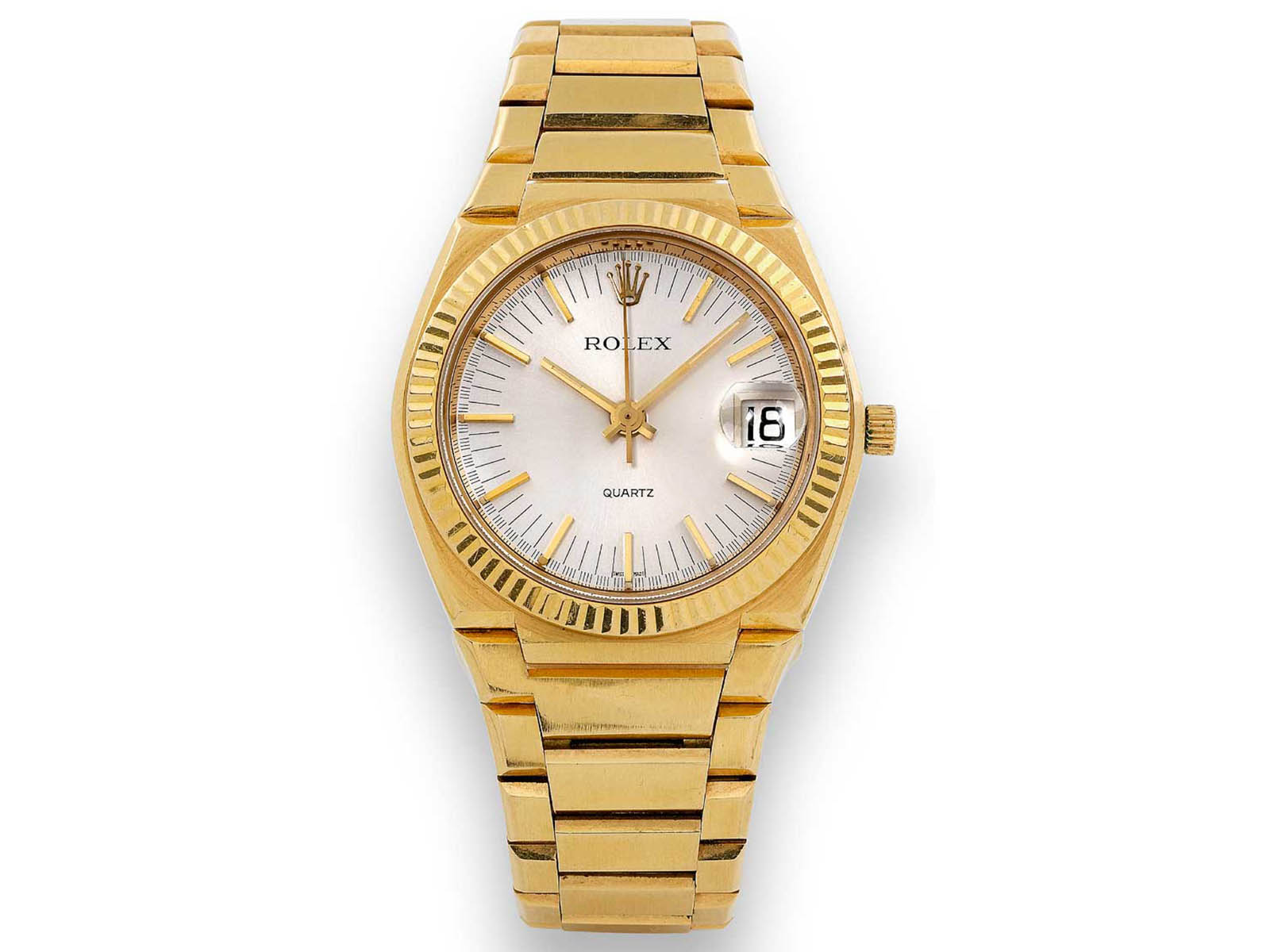 In 1972, Rolex decided to leave CEH with a radical decision to launch its own Quartz caliber. After five years of hard work, the new masterpiece was ready to dominate the market: Rolex Oysterquartz. The Oysterquartz featured a new type of Oyster case with integrated bracelet design from the 1530 (steel) and 1630 (steel-gold) models launched in 1974. 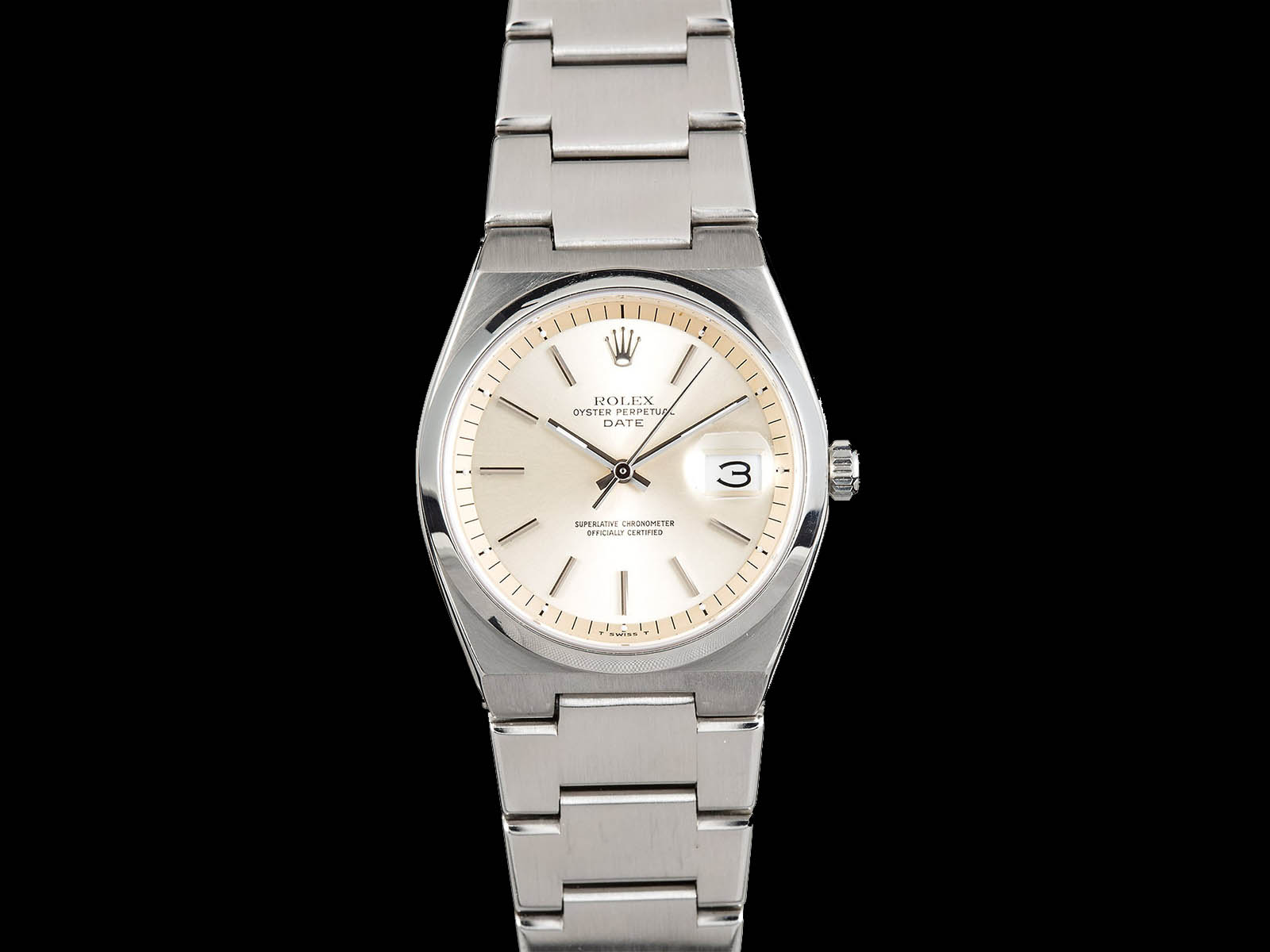 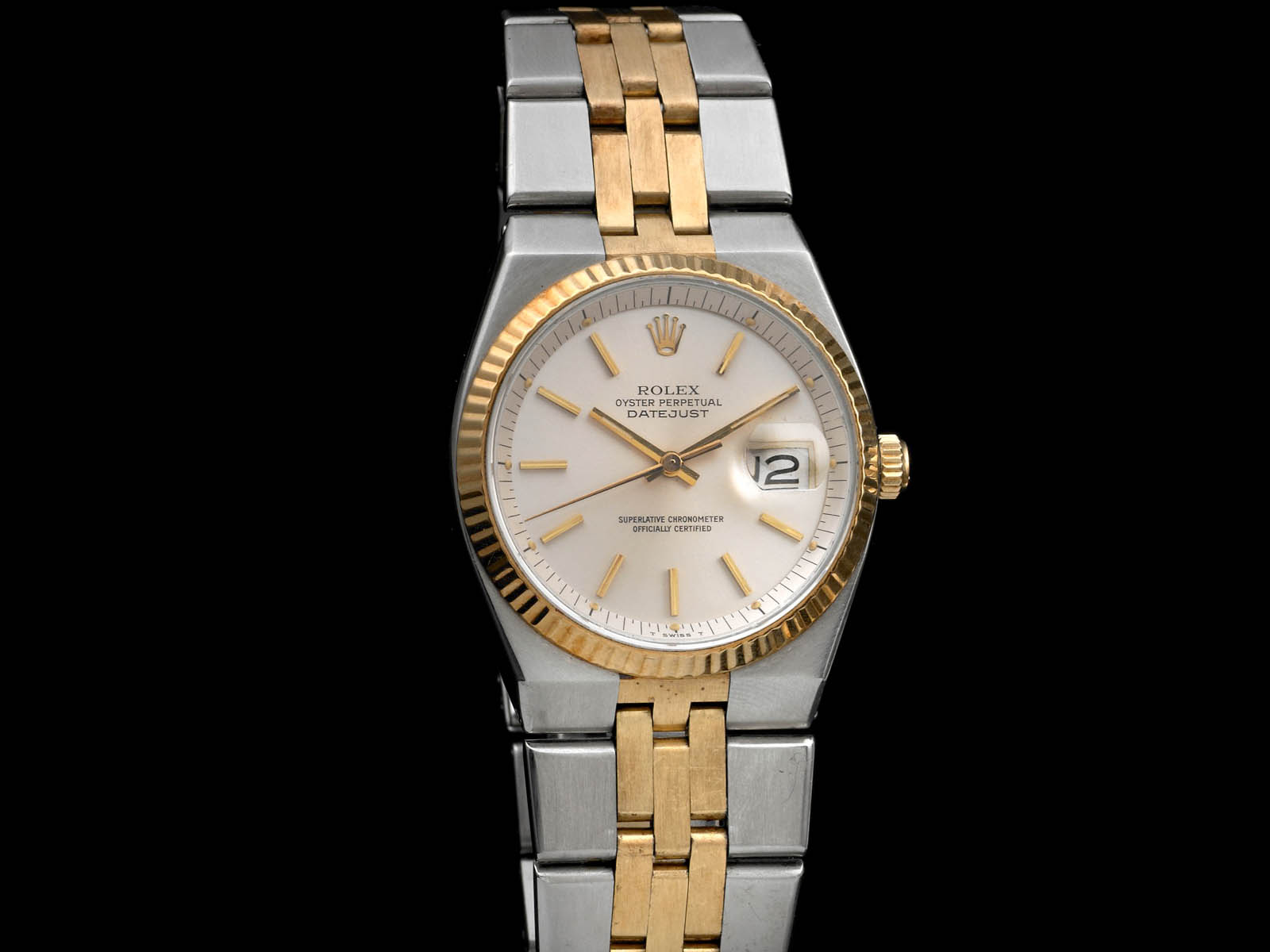 The Oysterquartz, which was produced around 1500 units, was home to many improvements and innovations over the previous generation Beta 21 calibers. In fact, almost all of Rolex’s Quartz movements were unnecessarily advanced battery-operated calibers. The movements that self-calibrate according to temperature changes were game-changers in terms of accuracy. The dials of these watches were very simple because the first series produced for 18 months was not C.O.S.C. certified. The second series was chronometer-certified and came up with two additional lines on the dial. 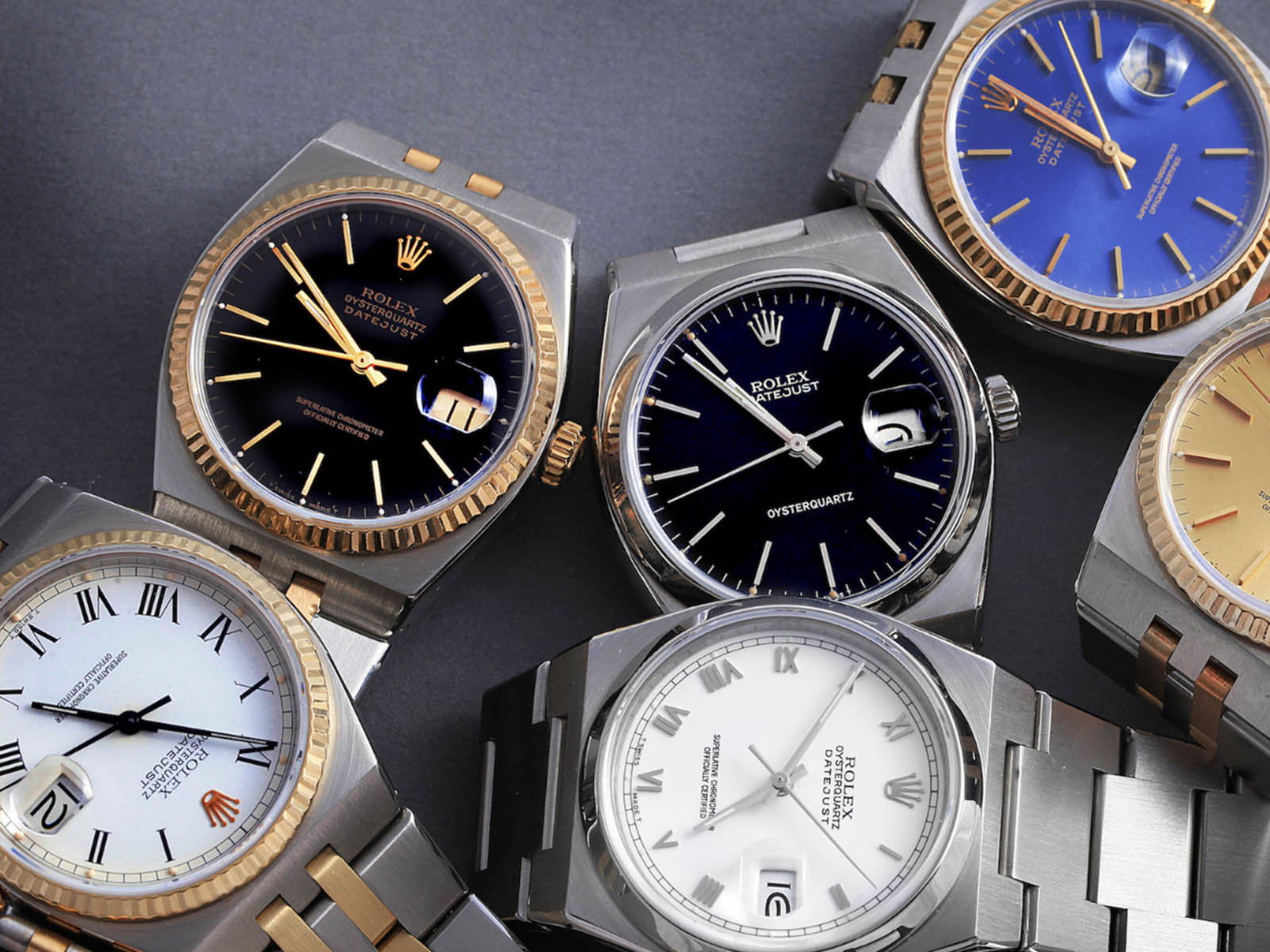 During the 25 years of Oysterquartz sales, Datejust was equipped with caliber 5035 and Day-Date with caliber 5055. Featuring a 32 kHz oscillator, 11-jewels calibers are still among the most accurate movements. Rolex received the final chronometer certification for the Oysterquartz models in 2001, but the models continued to appear in the catalogs until 2003. So far, less than 25,000 Oysterquartz models are sold. Considering the production volume of a brand like Rolex, this number is quite low. As such, these models have increasing popularity. 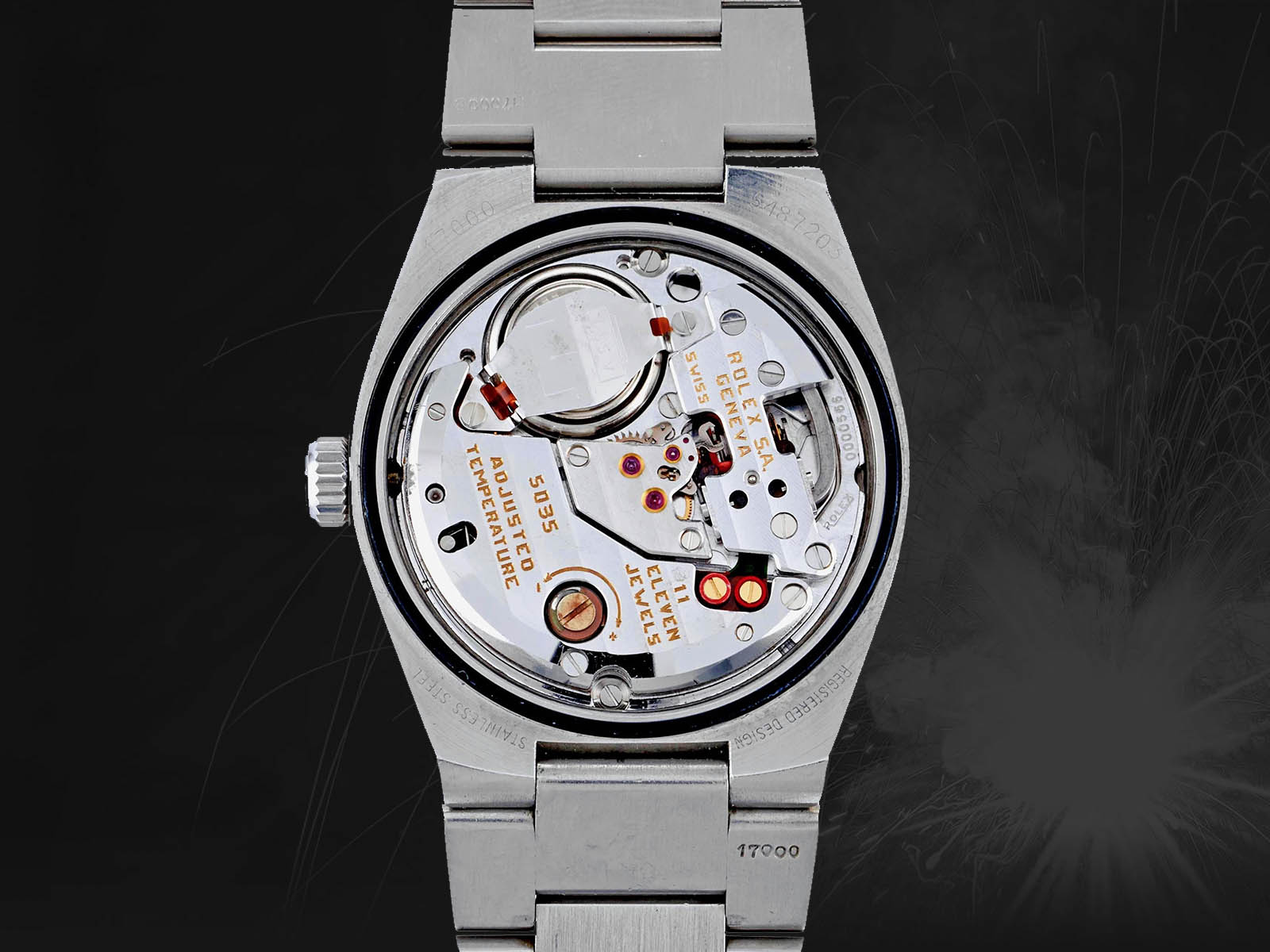