Richard Mille, one of the first names to come to mind when it comes to exotic brands, showed up with its new model RM 67-02, which brings the title of being the lightest timepiece among the models in the brand’s product line.

The new collection, which is released days before the 2017 IAFF World Championship that is planned to be held in London, features two different versions designed for Olympic medal athletes Wayde van Niekerk and Mutaz Essa Barshim, who are also the brand ambassadors of Richard Mille. 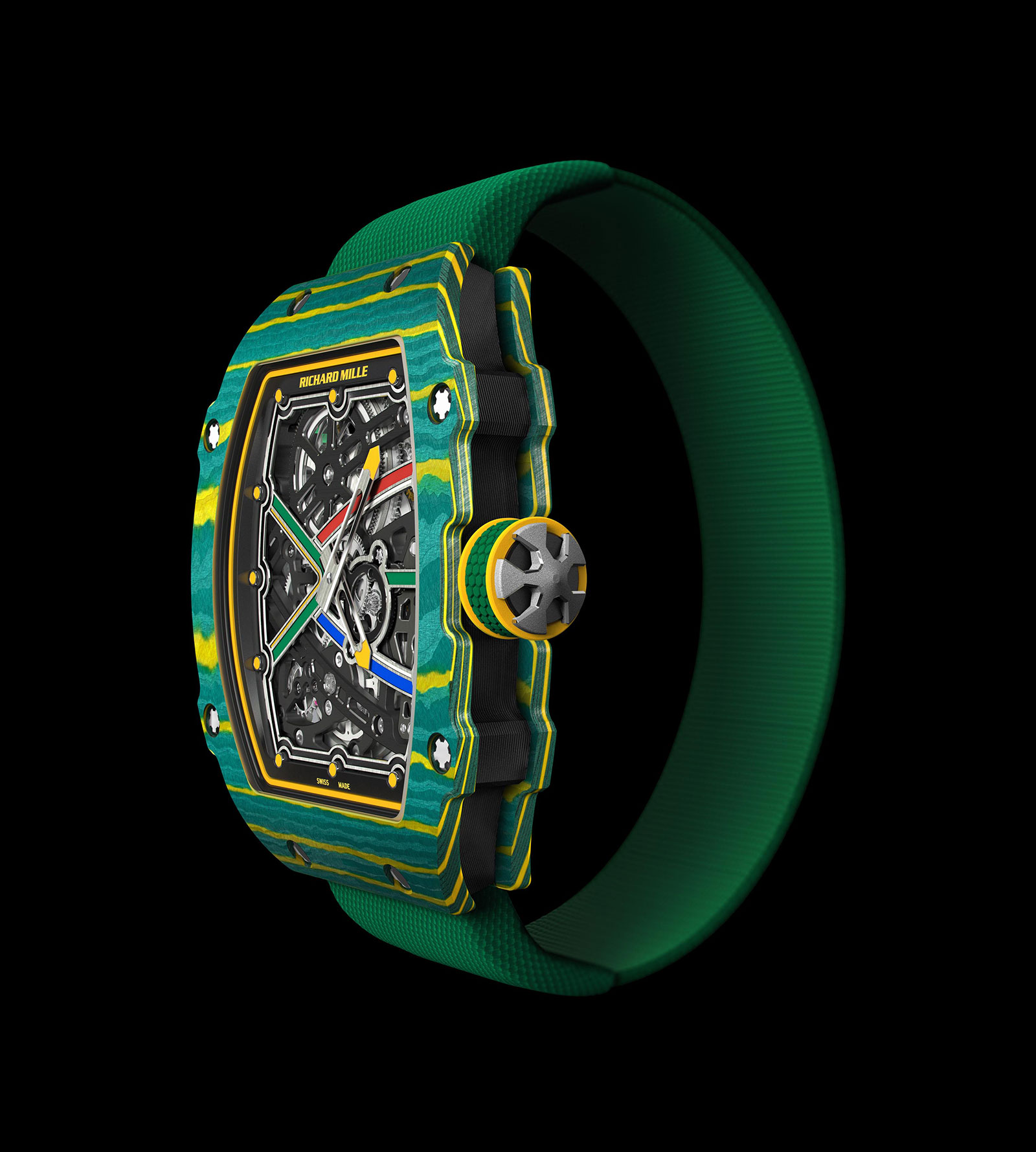 Designed to be worn on the track, the models are also the lightest watches the famous brand has produced up to now, with a total weight of 32gr.

The green-colored version of the newly introduced models was designed for the famous South African athlete Wayne van Niekerk. Green and yellow tones, which are inspired by the South African flag, draw attention in the case and the movement of the model.

The other version is designed in purple and white color scheme, which are the national colors of Qatar, the country of up and coming high jumper Mutaz Essa Barshim. 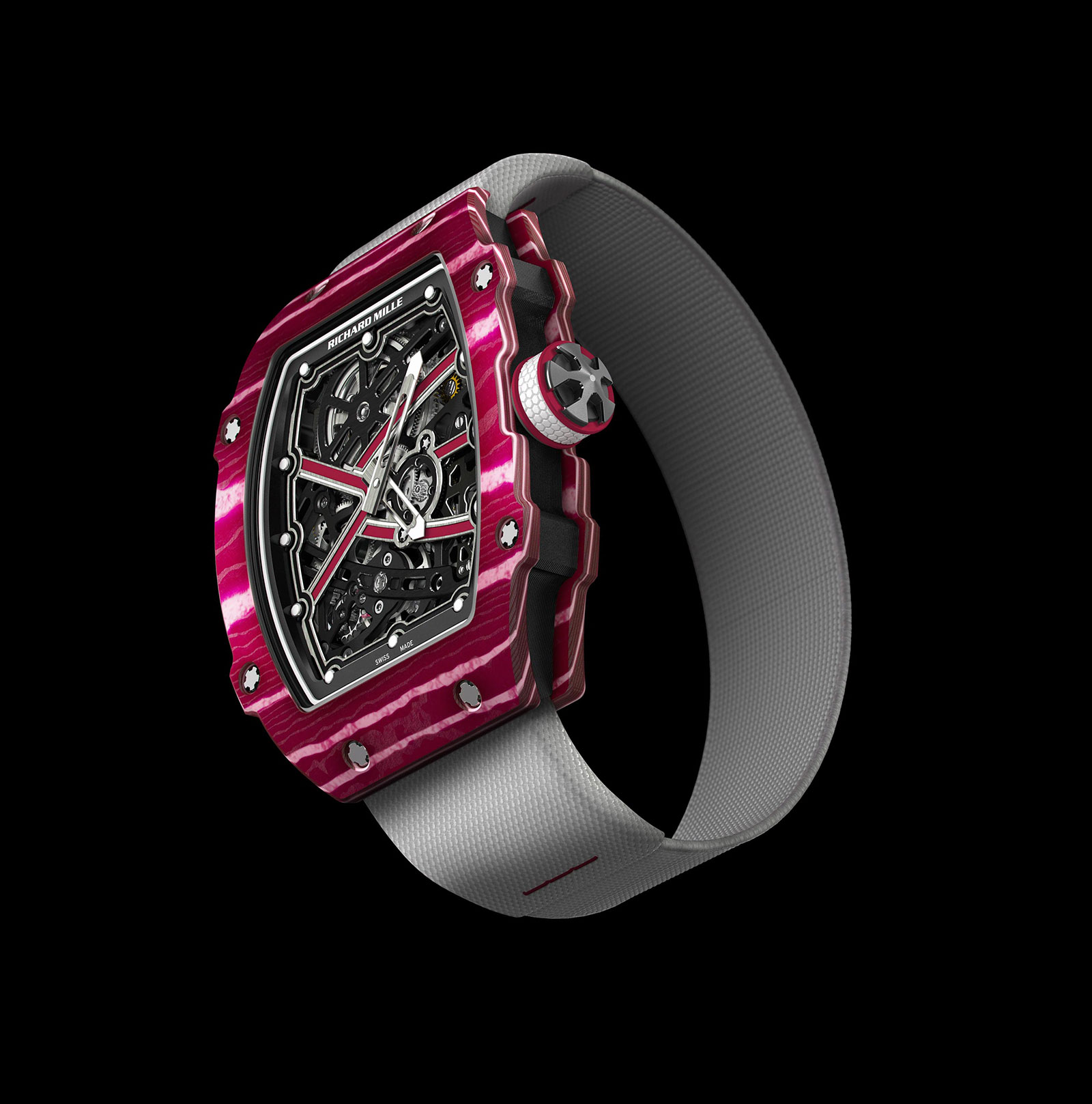 The models, which look quite different visually, share the same platform.The case features colored front and back plates made of Quartz TPT, while the middle part of the cases in are made of Carbon TPT. Both are carbon composites made by North Thin Ply Technologies (NTPT), a Swiss materials specialist. The watch offers a bold look, measuring 38.7mm in diameter and 47.52mm long, but is slim at just 7.8mm high which makes it quite wearable. 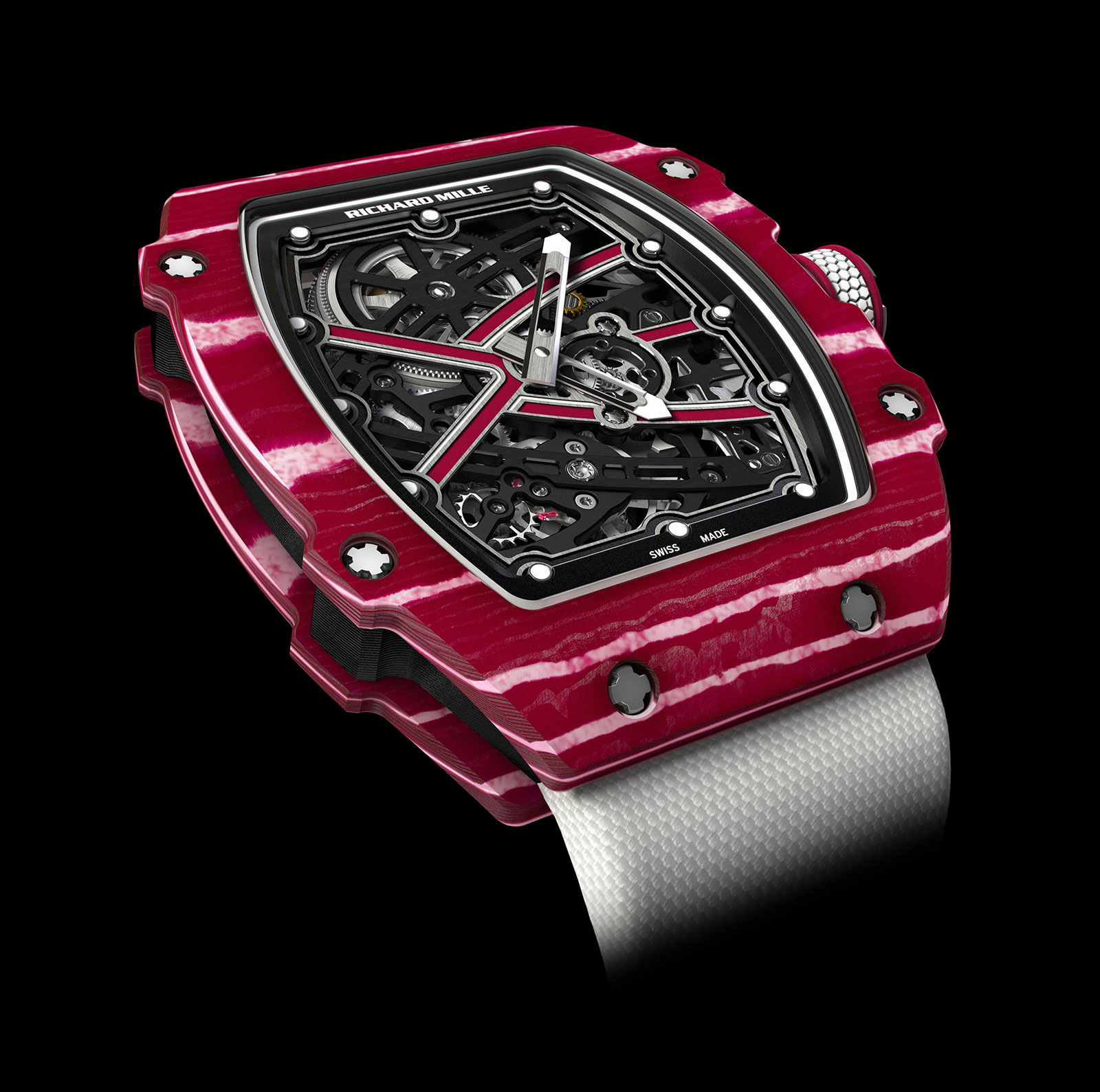 Both versions were developed on the brand’s ultra-thin RM 67-01 platform. The model is powered by the brand’s in-house Caliber Ref. CRMA7. The self-winding movement features titanium main plate and bridges accompanied with a semi circular white gold oscillating rotor with carbon composite spokes. The movement can be enjoyed through the sapphire crystal display at the caseback. 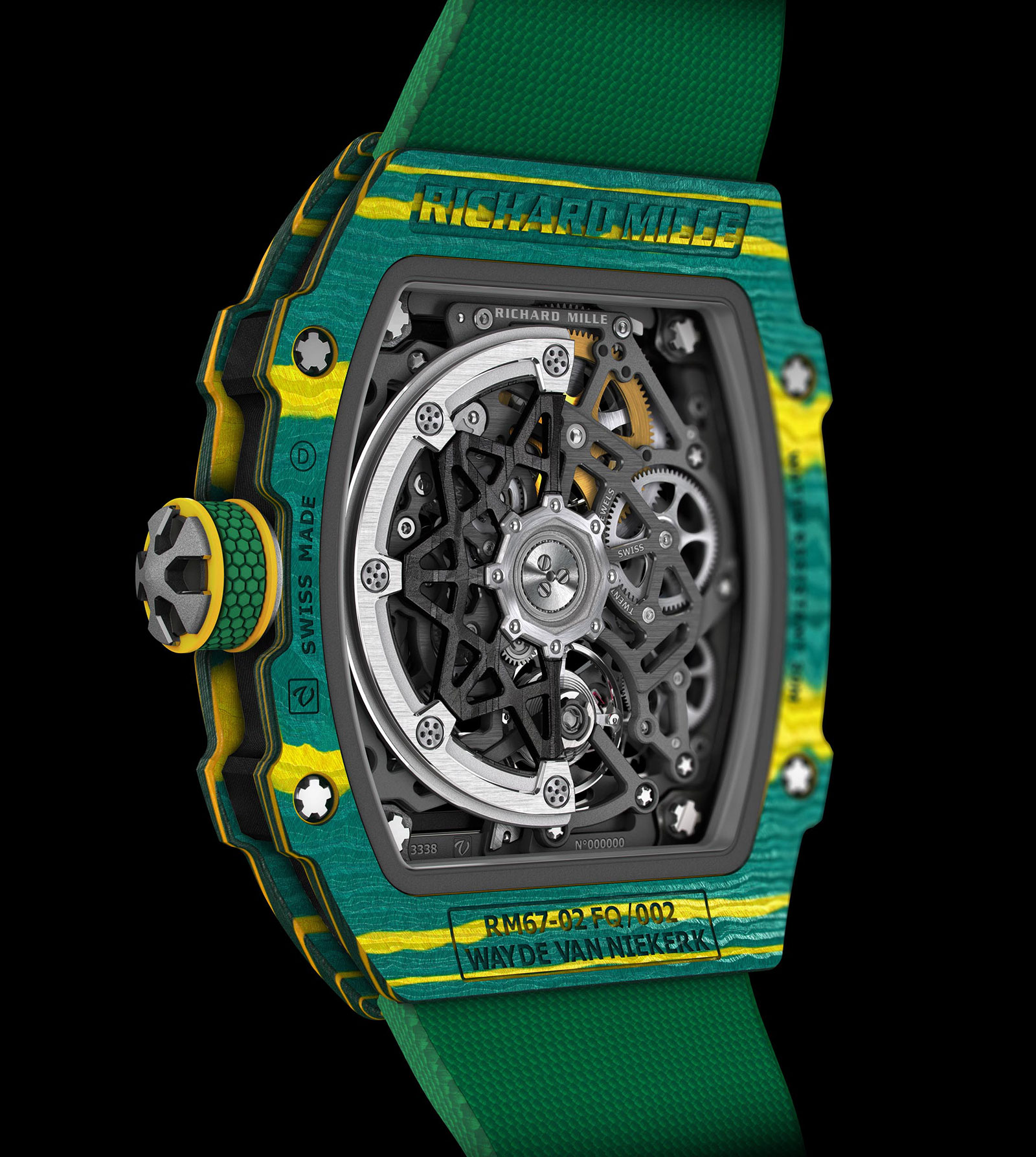