Richard Mille, one of the unchanging names of exotic watches, introduced four new versions of the RM 67-02, the lightest automatic watch ever offered by the brand. Designed for four successful athletes representing the brand, the new models stand out with their striking colors. 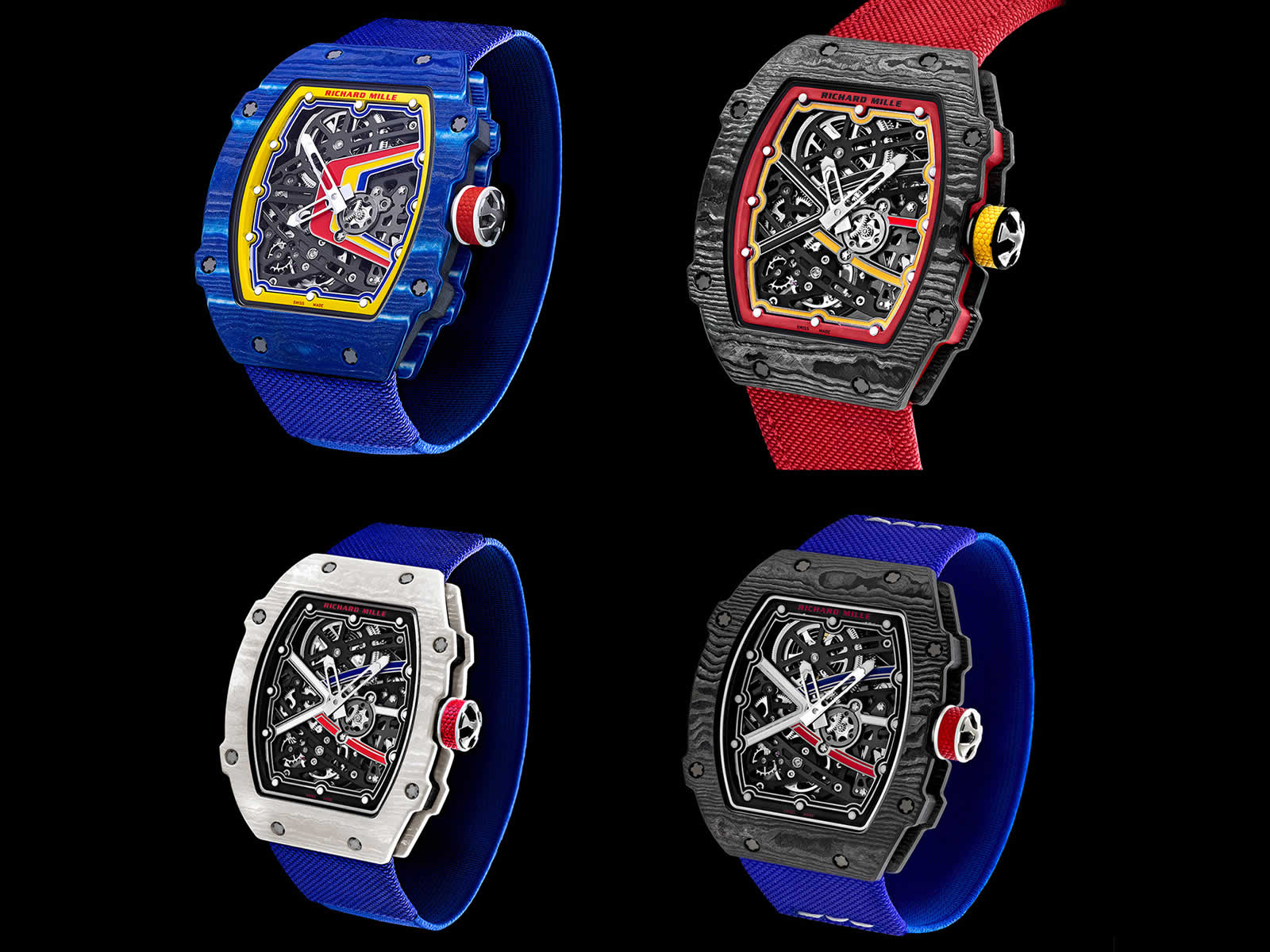 RM 67-02 was first included to the brand’s product line in 2015 with a Platinum version. And then in 2017 the model is offered in carbon composite for Olympic medalist athletes Wayde van Niekerk and Mutaz Essa Barshim, the RM 67-02 is the lightest automatic yet from Richard Mille, weighing next to nothing at a mere 32g, including the strap. The model, redefining the ultra-lightweight watch concept with a total weight of only 32 gr including the strap, also had the title of the lightest automatic watch produced by the brand. 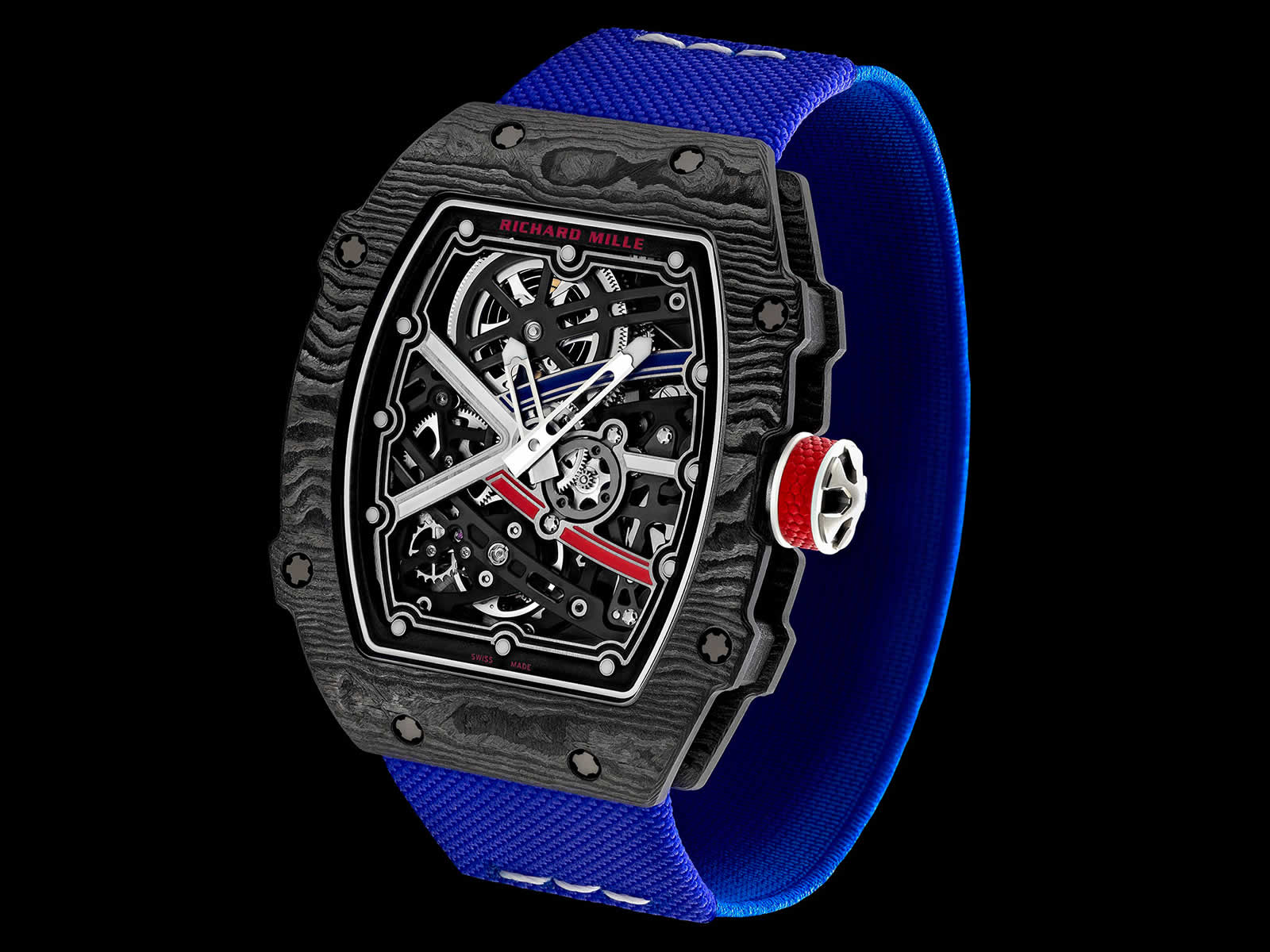 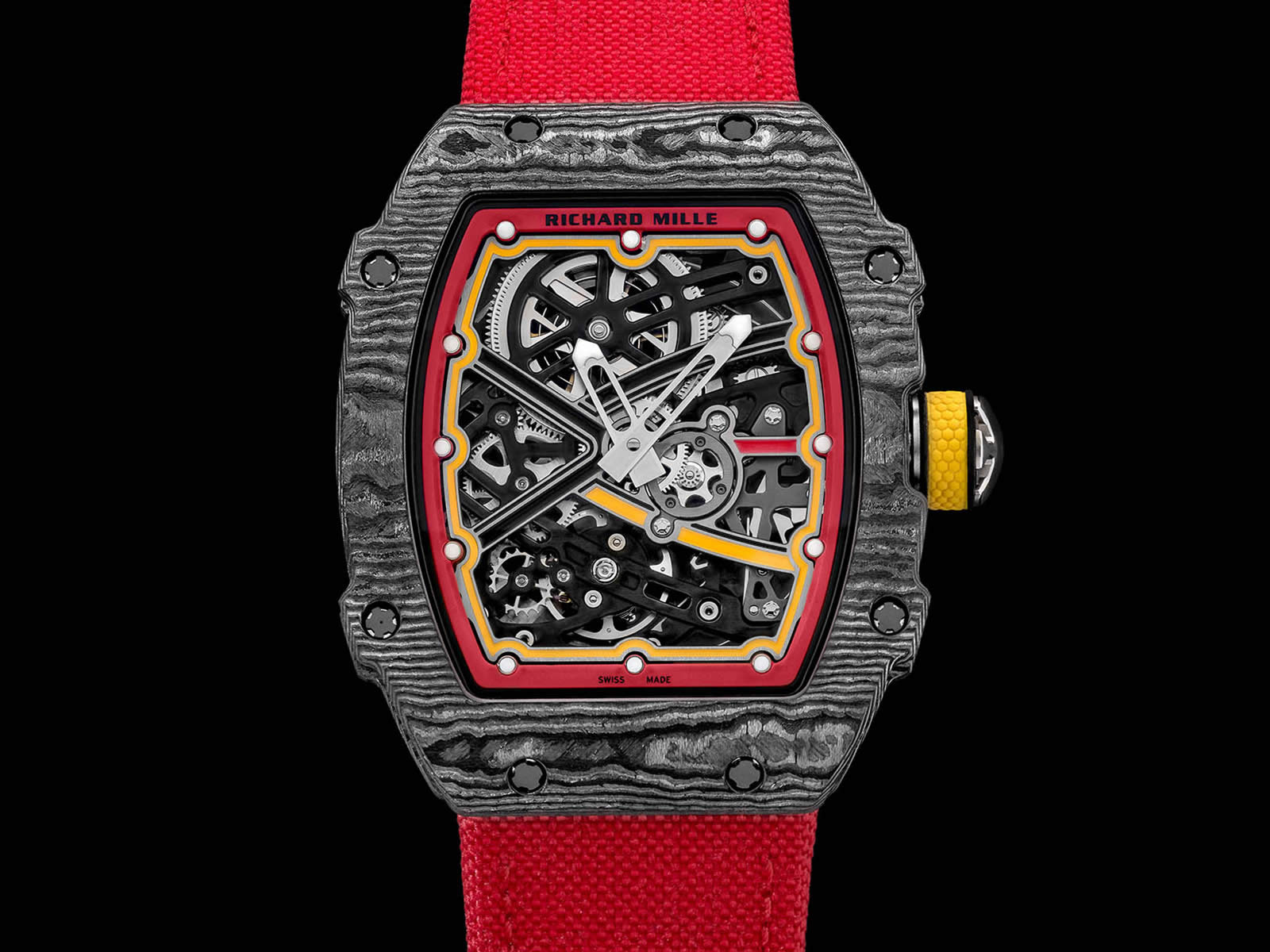 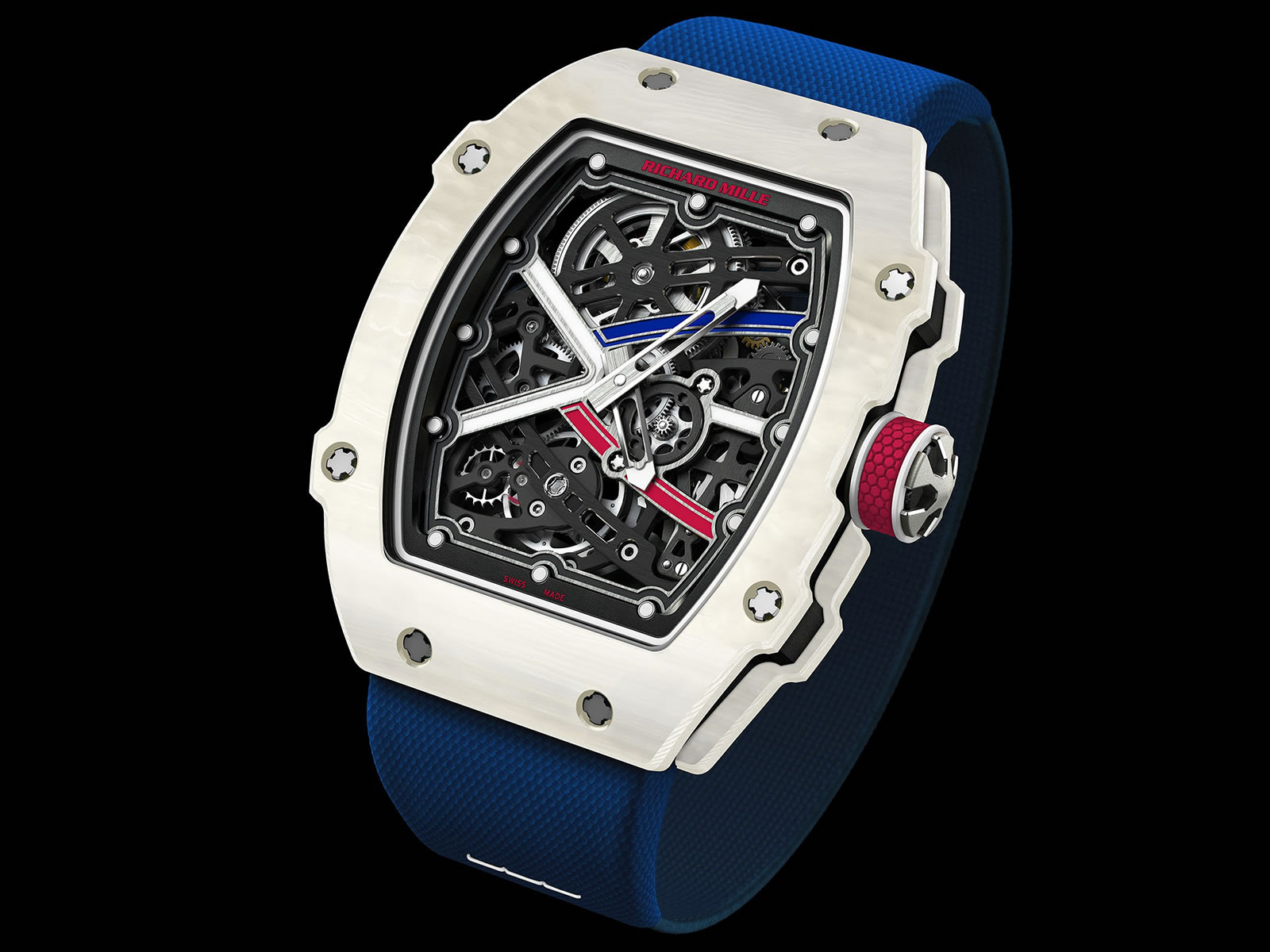 All models are offered in the same case measuring 38.7mm x 47.52mm x 7.8mm. The carbon-composite case is made by North Thin Ply Technologies (NTPT). Each of the cases, which is extremely durable and lightweight, has a unique image due to the compressed carbon fibers. 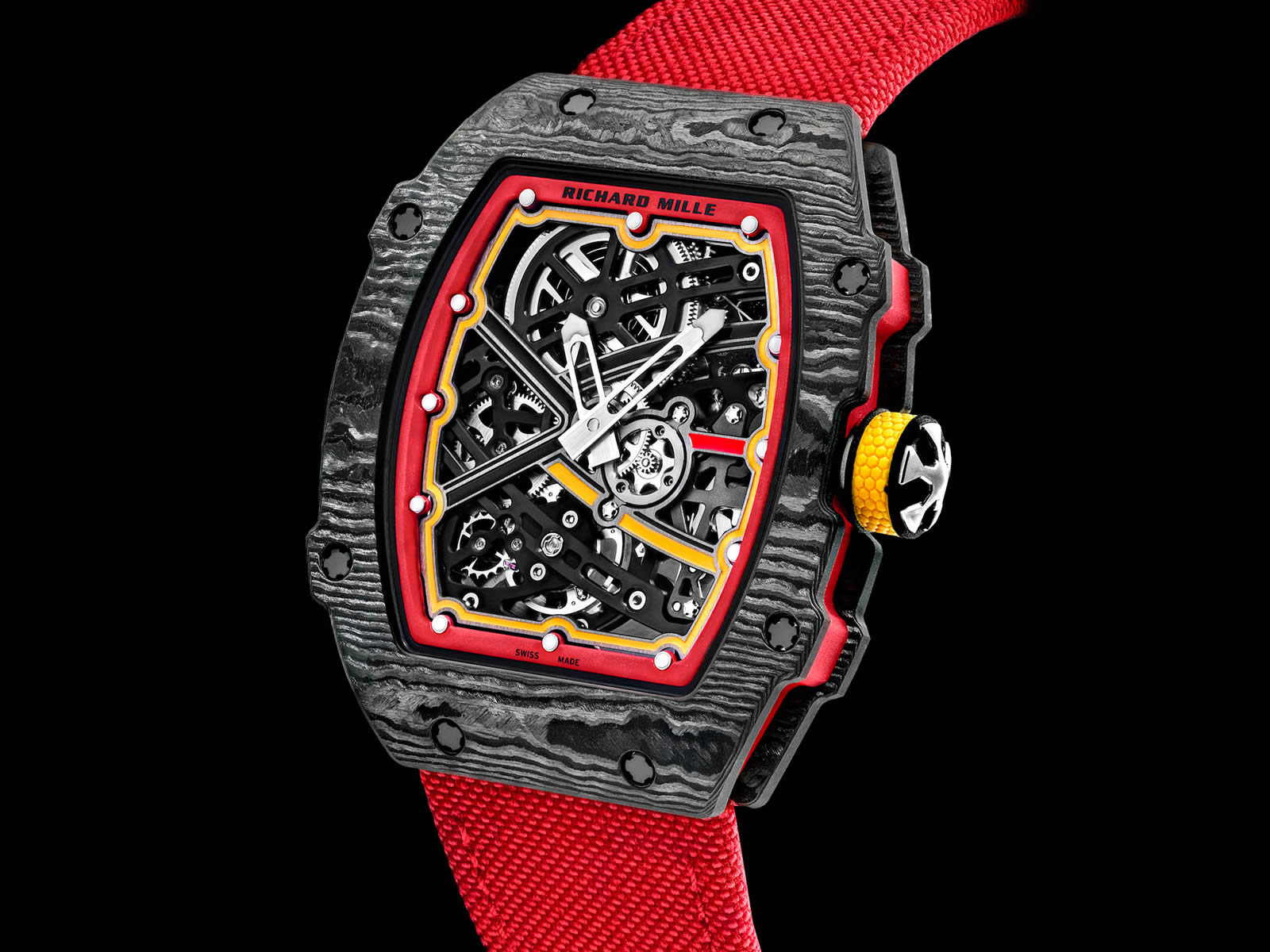 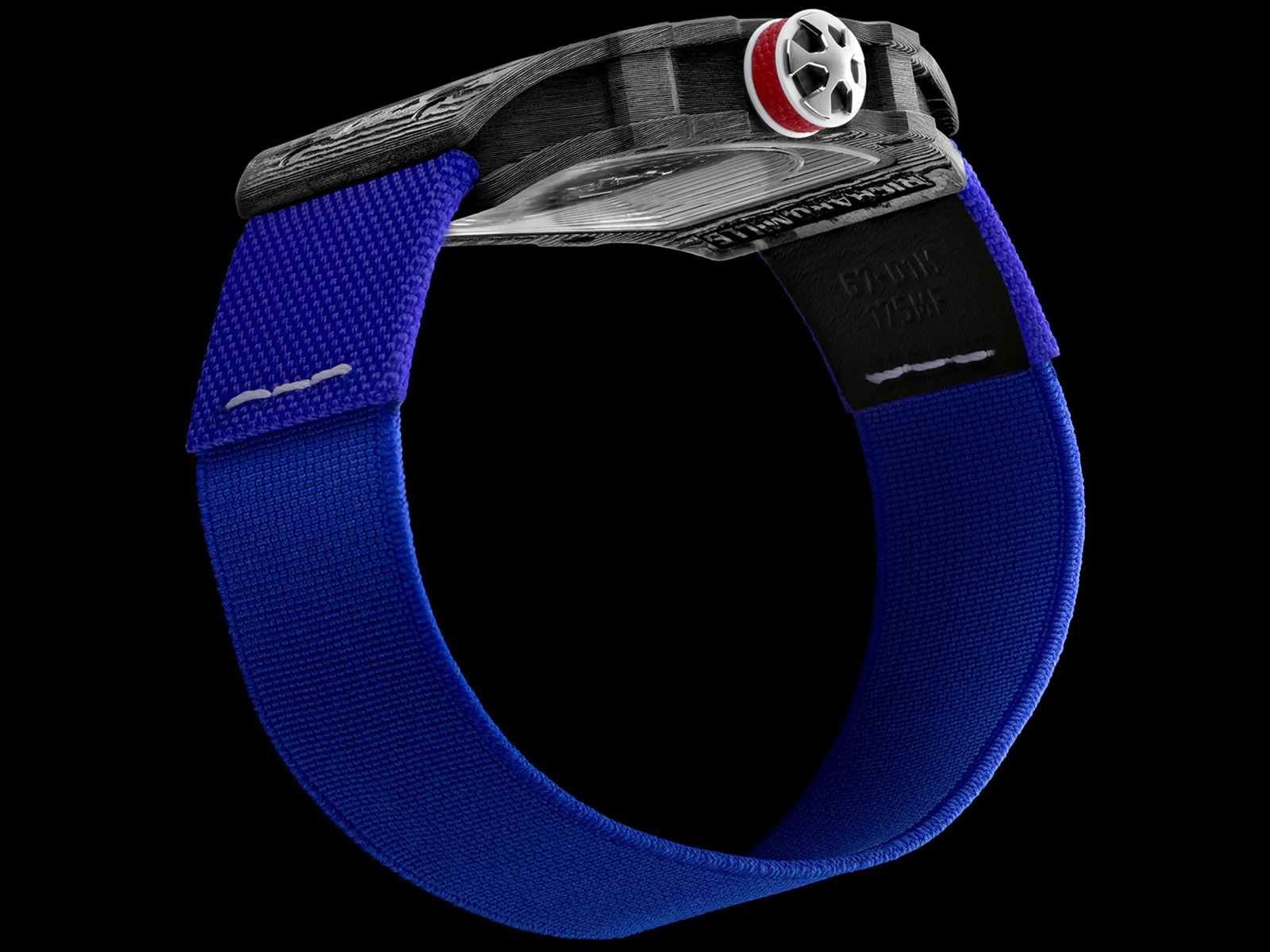 The new models are powered by the same Caliber Ref. CRMA7 movement. The self-winding in-house, movement is equipped with titanium base plate and bridges and has been extensively skeletonized to further trim the movement’s weight in line with the ultra-lightweight concept. The rotor is open-worked carbon composite, with a white gold rim screwed to its periphery as a winding mass. 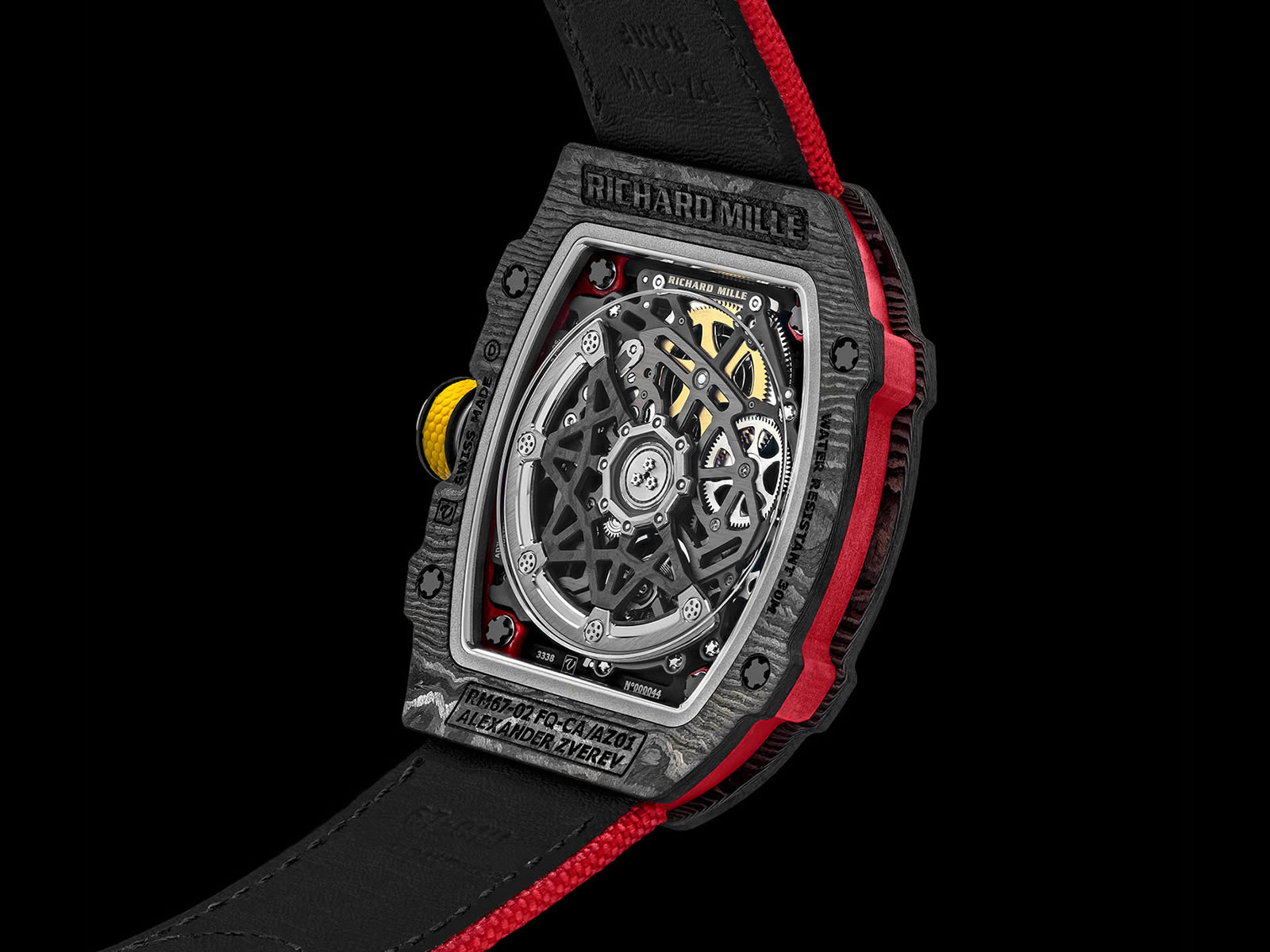 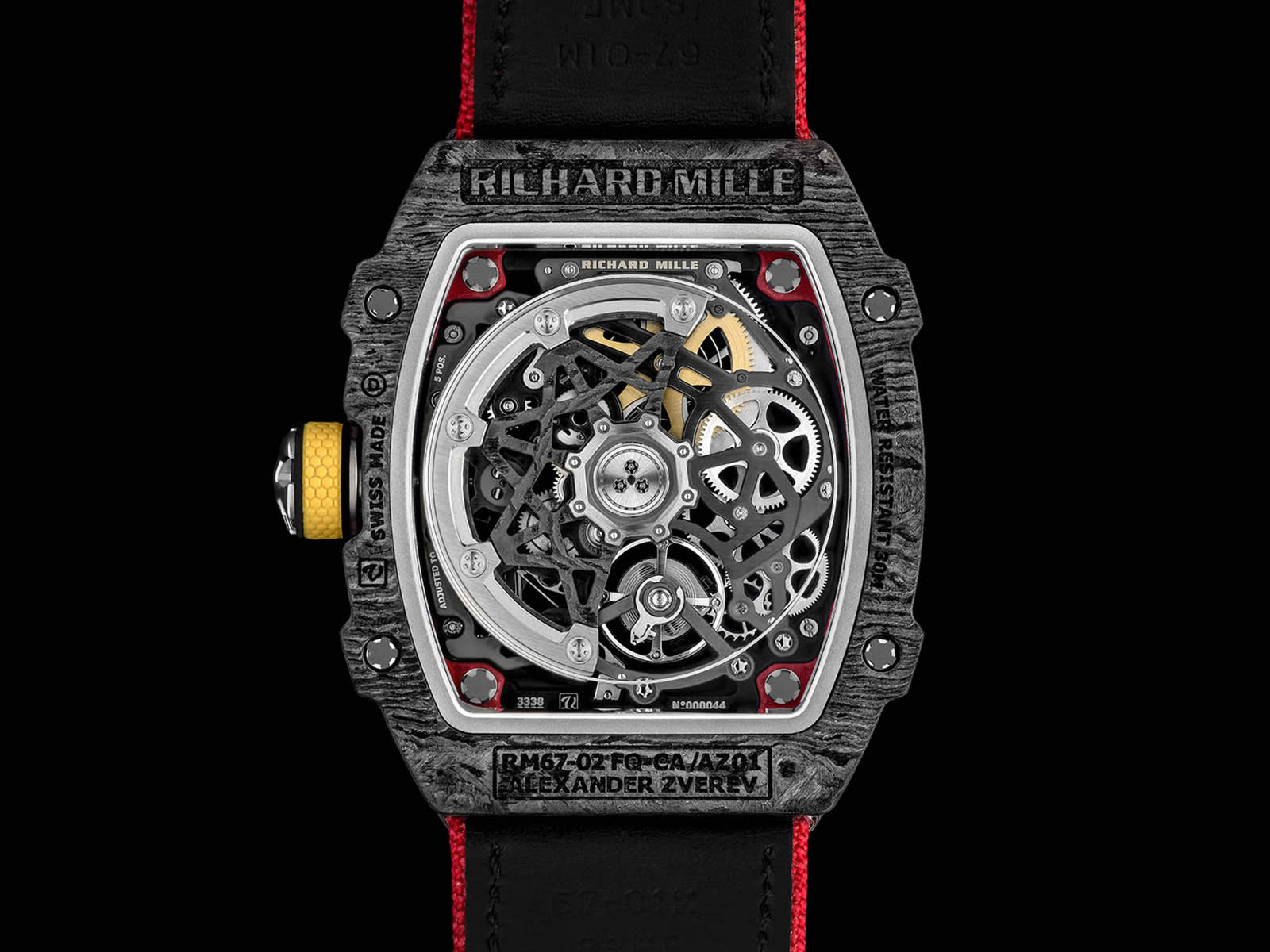 Each model comes with the Richard Mille’s “comfort” textile strap. Thanks to its seamless texture, the straps that offer a very comfortable posture on the wrist come in blue or red colors depending on the model. 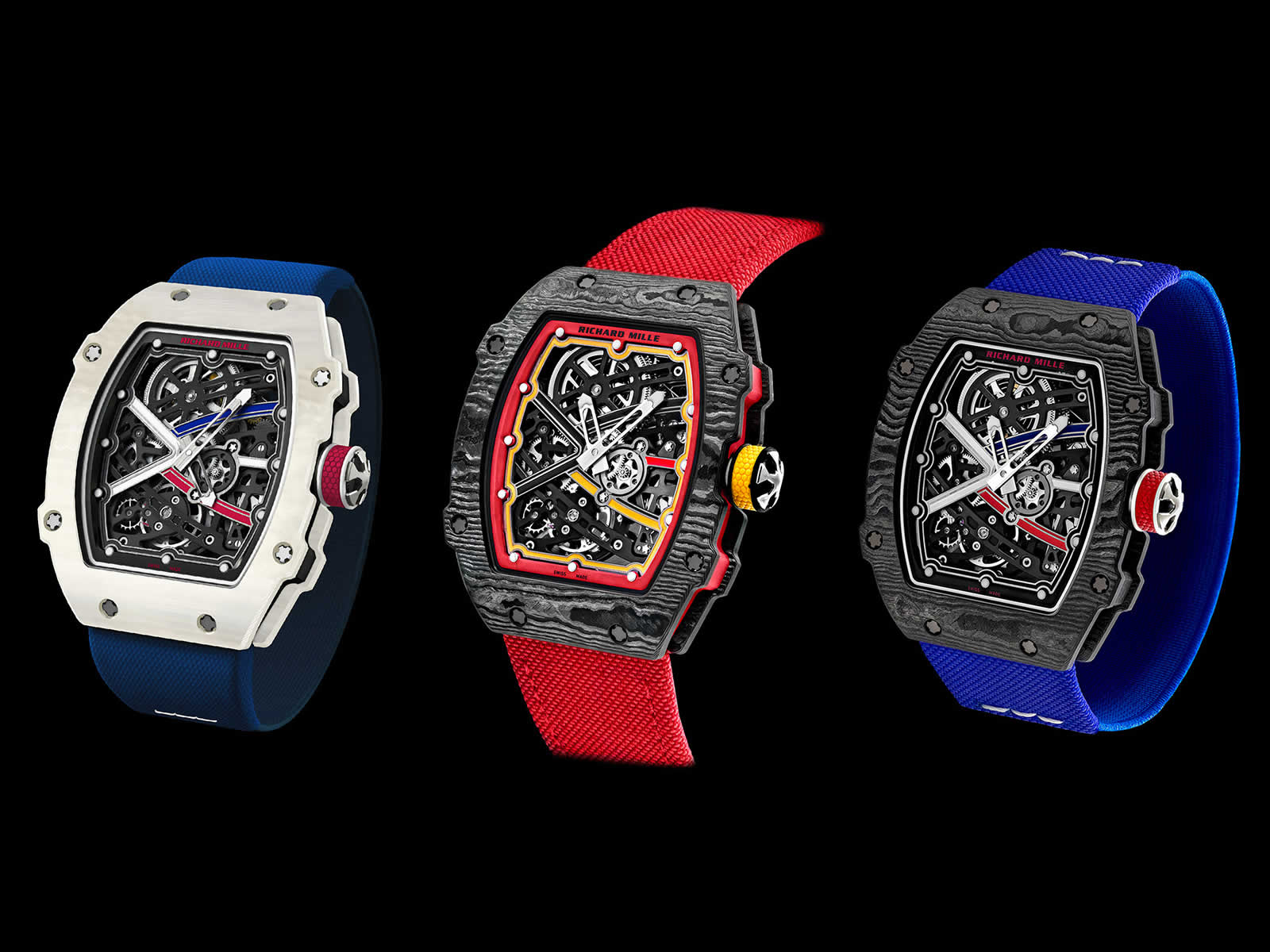