Richard Mille, one of the major players in the league of hi-end and exotic watches, introduced its latest model Richard Mille RM 71-01 Automatic Tourbillon Talisman for the ladies. 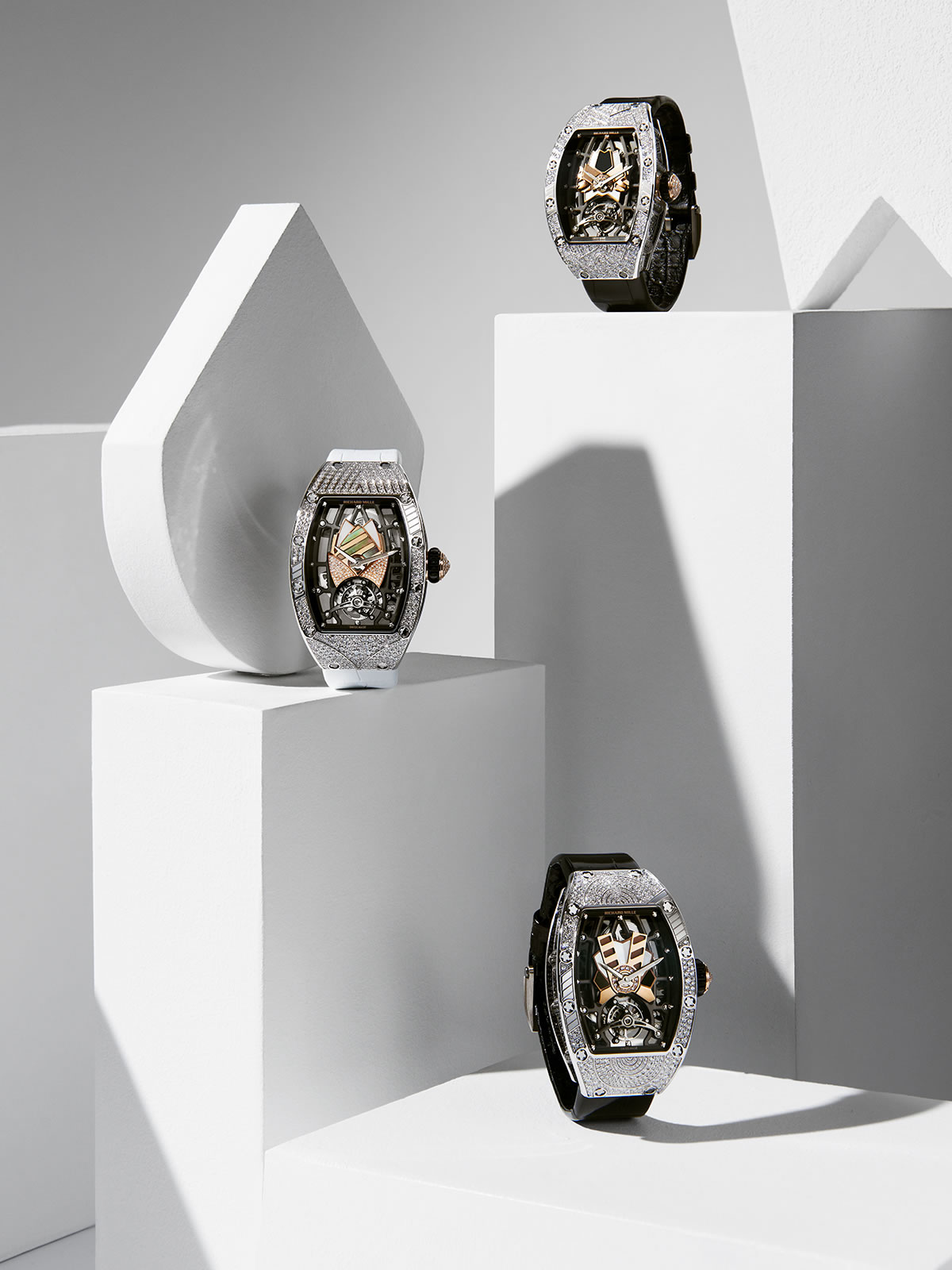 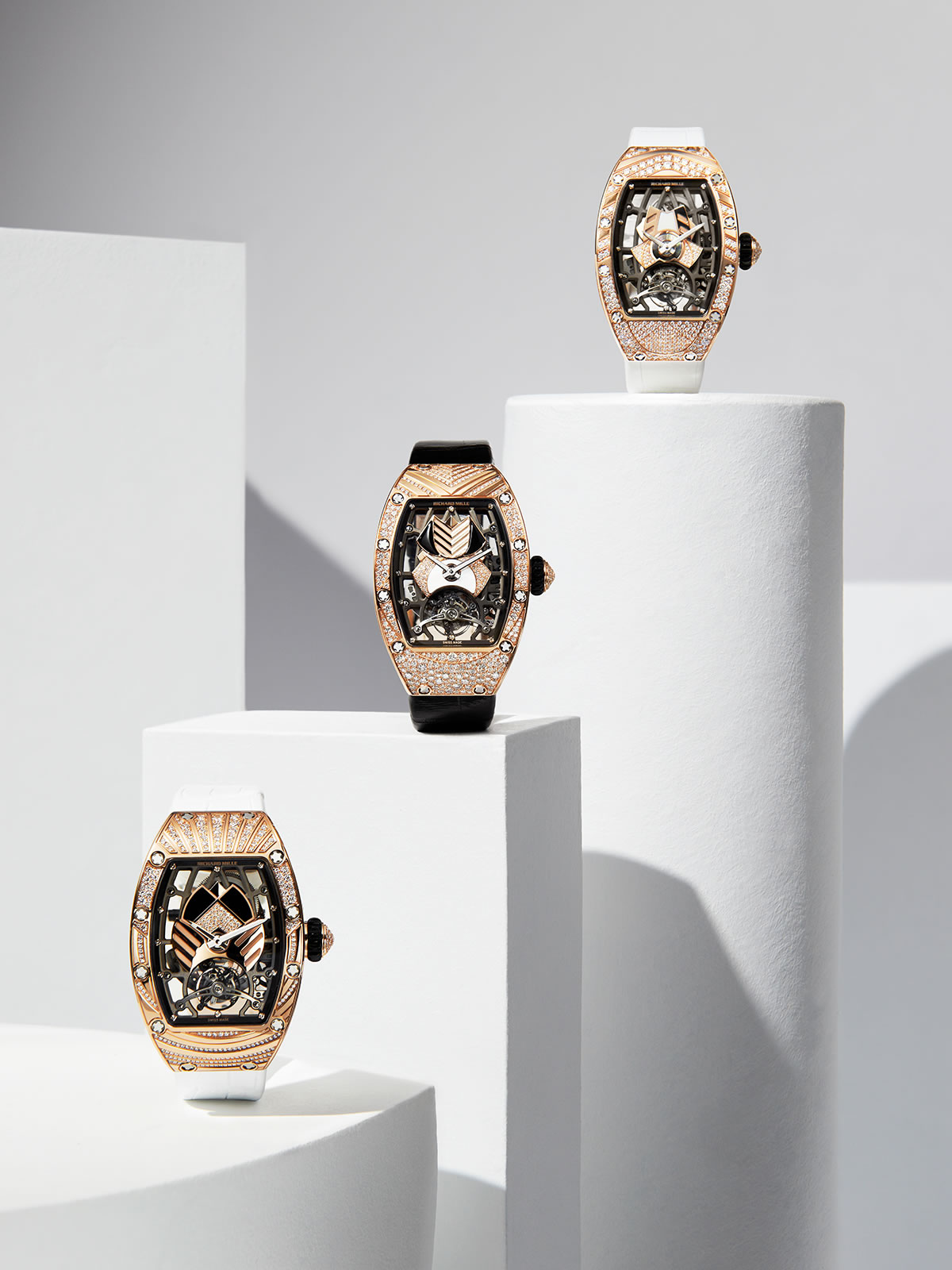 Richard Mille, who was a guest in our pages recently with the newly opened Istanbul, showed up with its new model Richard Mille RM 71-01 Automatic Tourbillon Talisman in the early days of summer. The model, which offers some very generous gem-set decoration, also hosts a new technical feature that is a first for the brand. 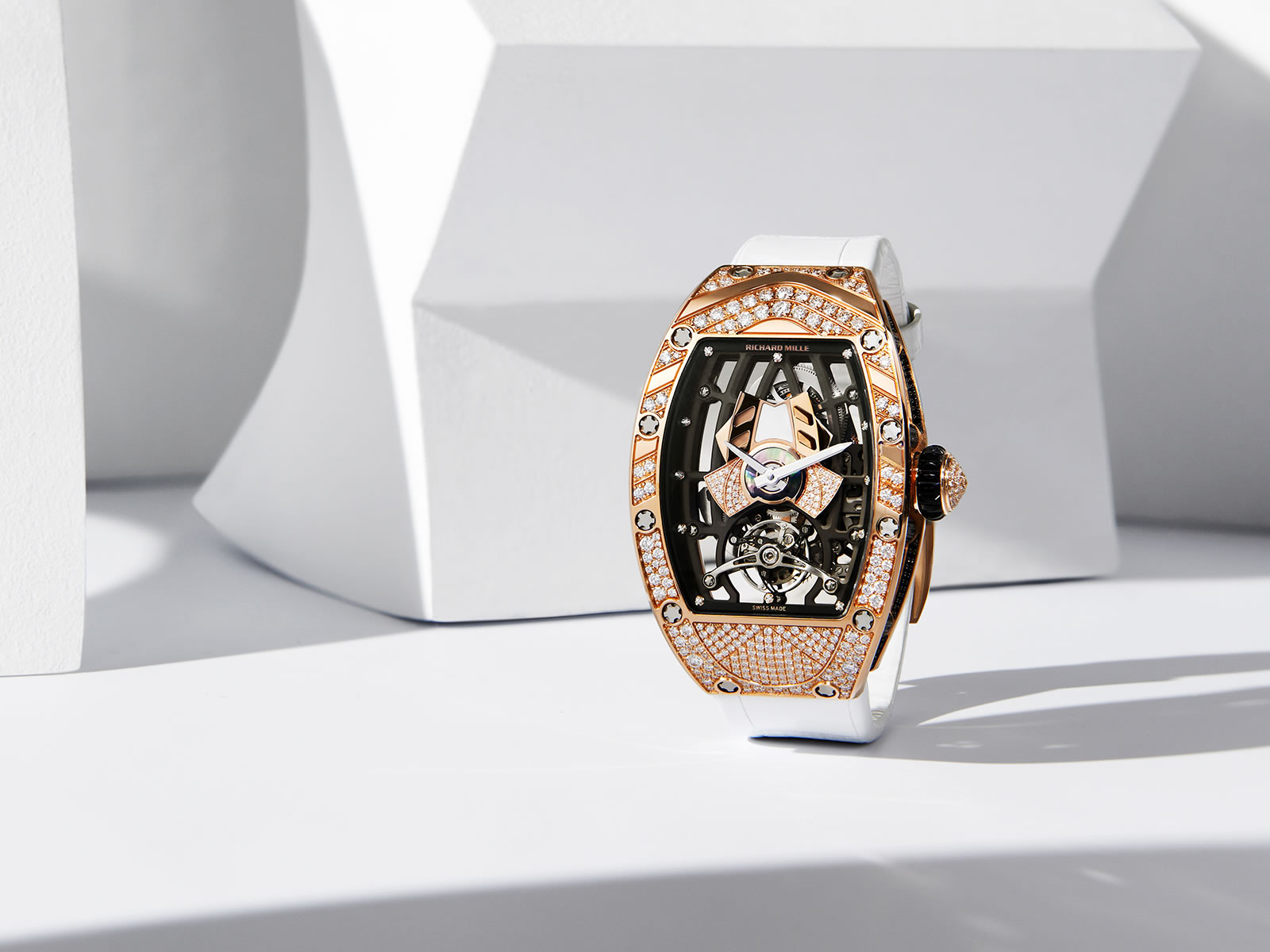 The new model’s case is designed in the form of the characteristic Tonneau shape which has become the signature of the mark. Ergonomically designed to provide a comfortable fit even on the most elegant wrists, the case measures 52.20 x 34.40 mm. The case is water resistant to 50 meters / 5 bars and it is offered with two material options as 18K white and pink gold. There are scratch resistant sapphire crystals on both sides of the case. 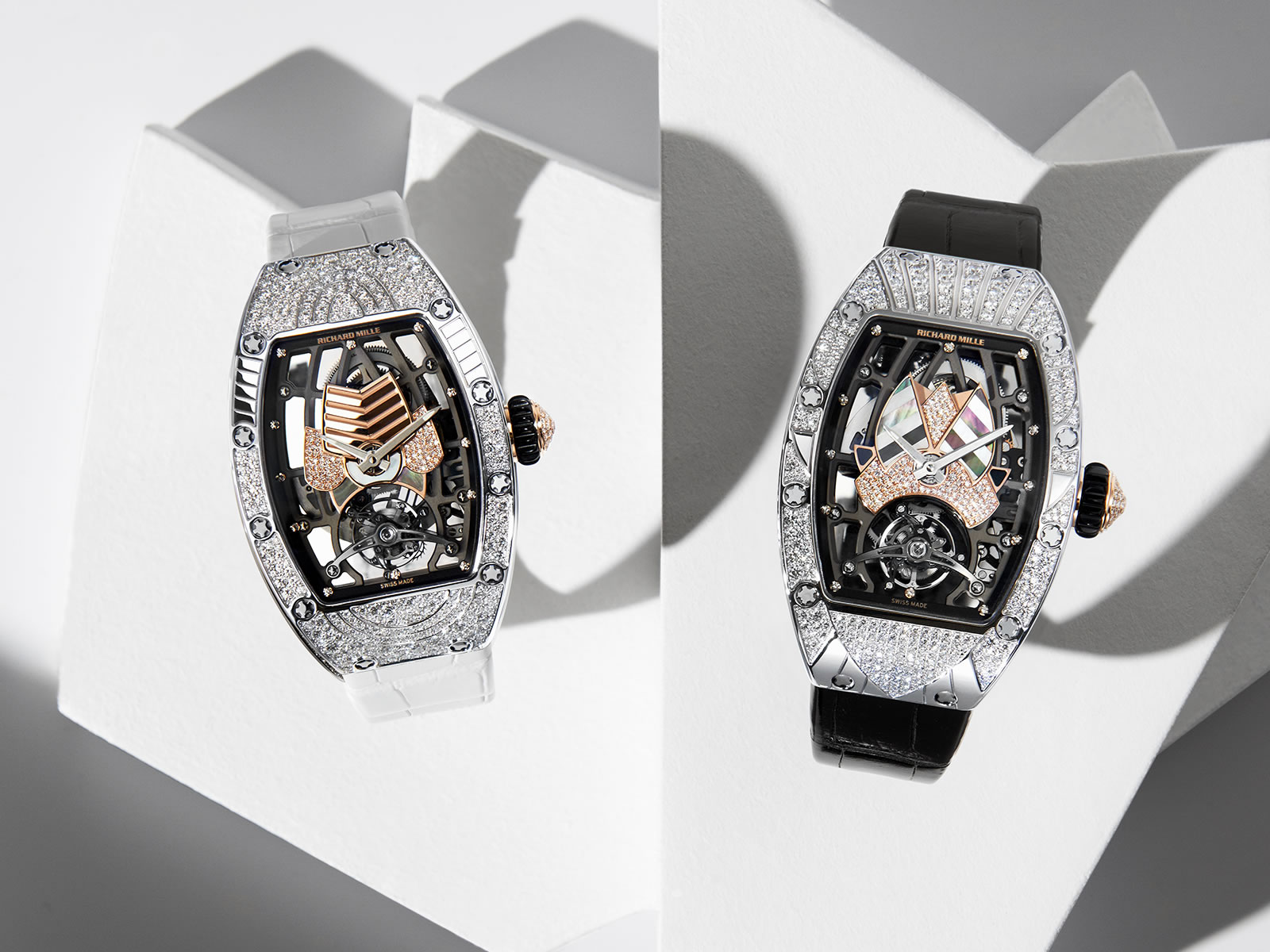 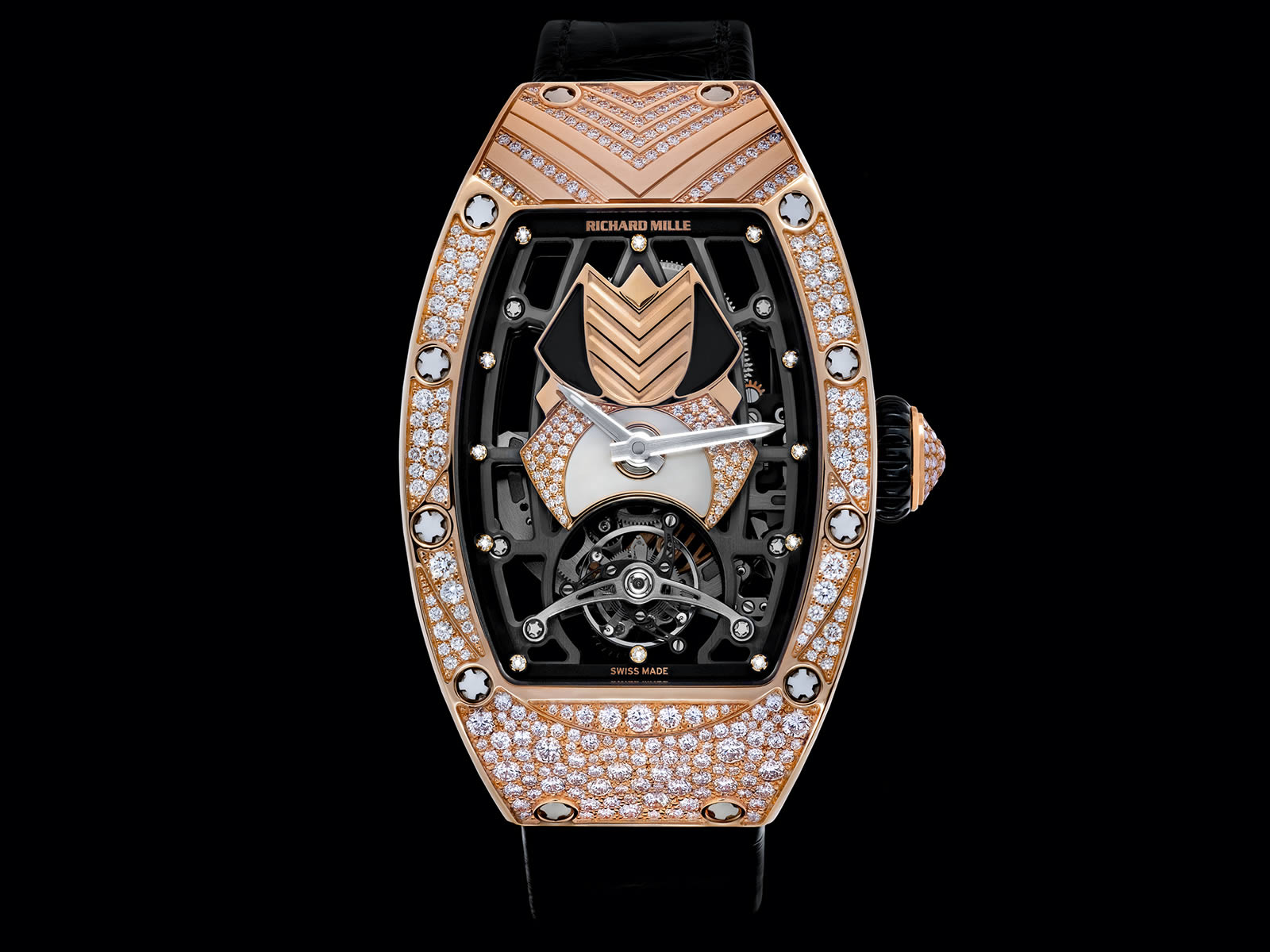 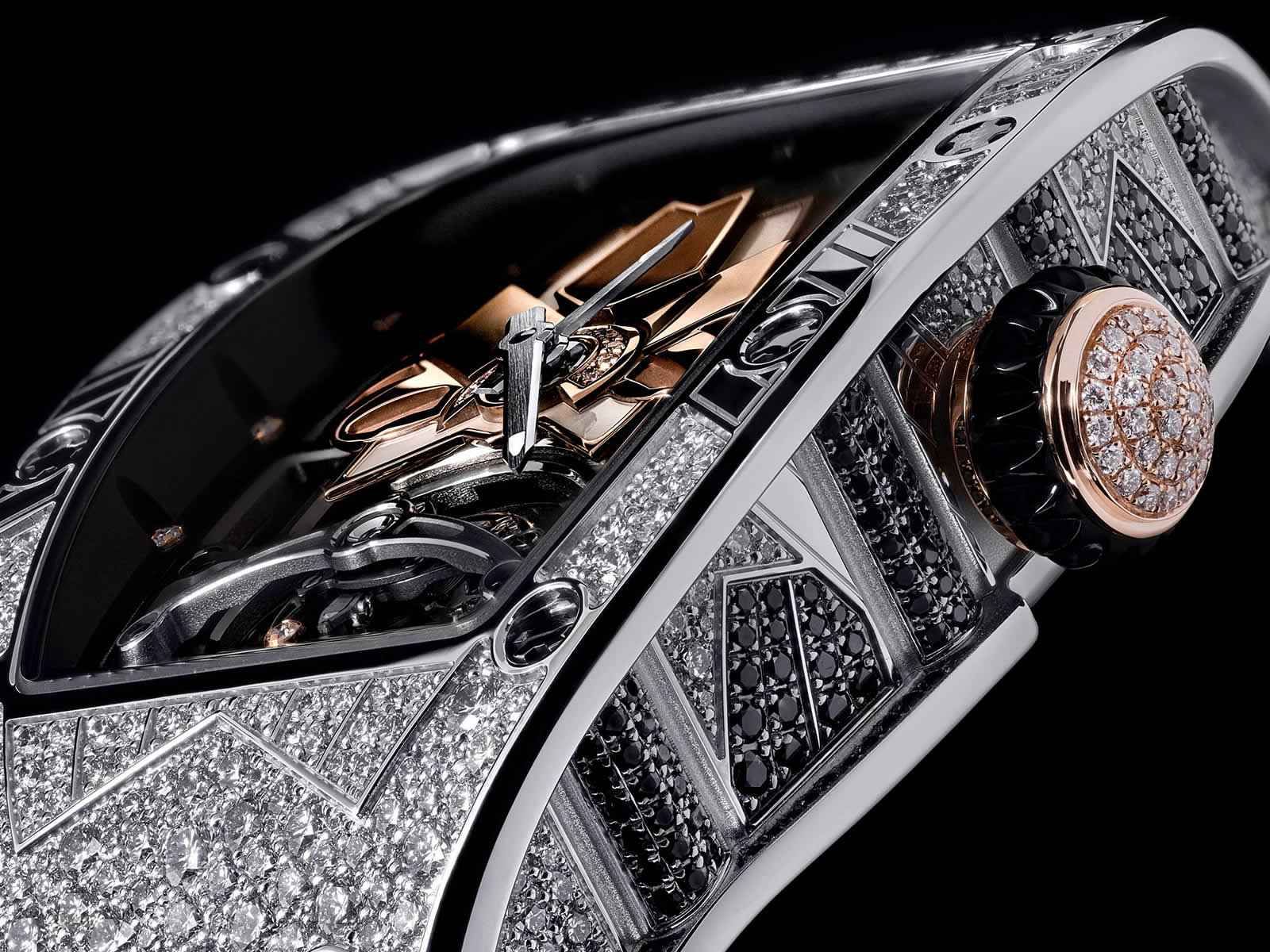 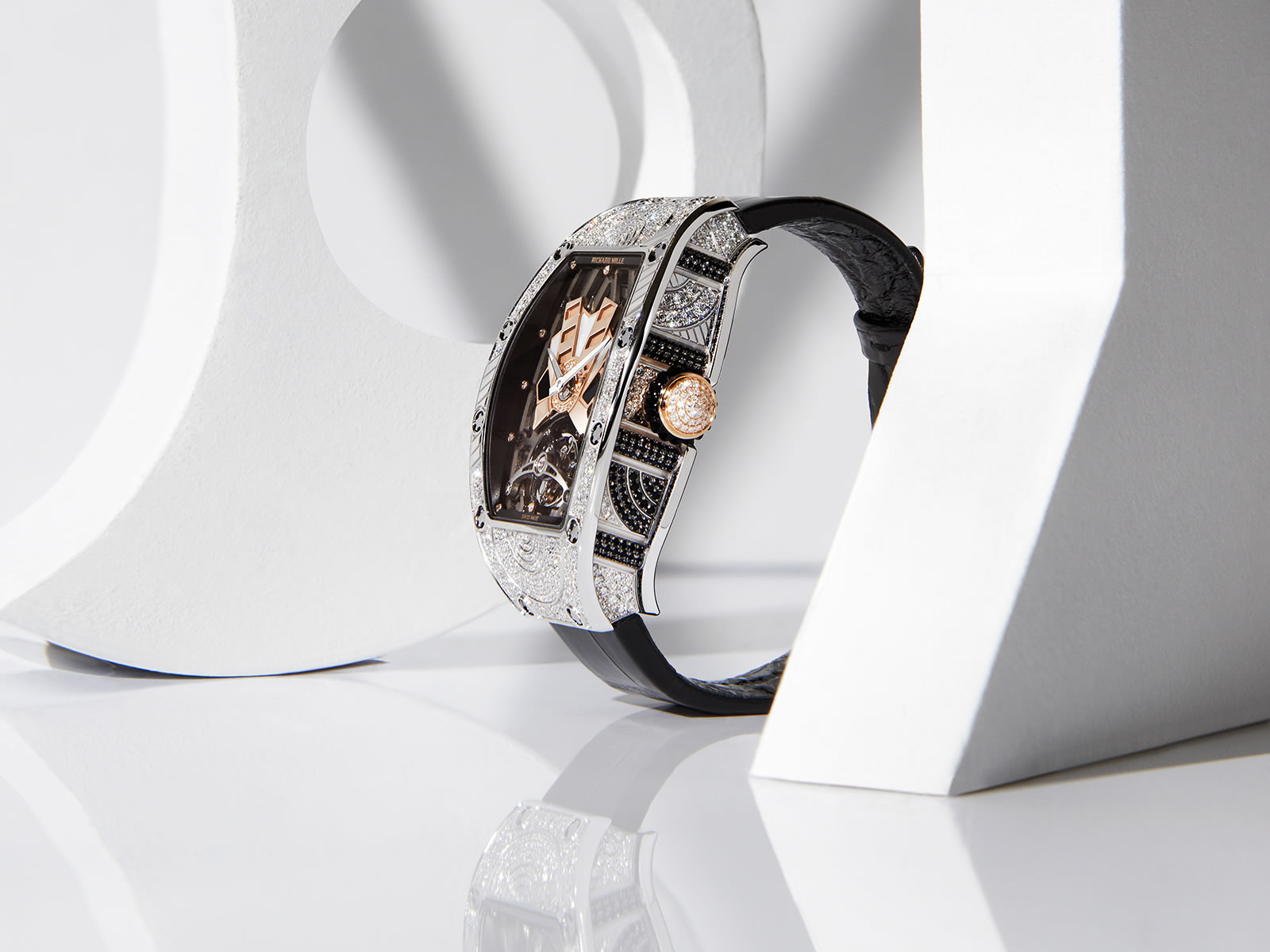 The case’s most eye-catching feature is undoubtedly the intense(!) gem-setting. Offered in ten variations which are also distinguished in the ten different case adornments, the case is covered with diamonds practically in every possible way. 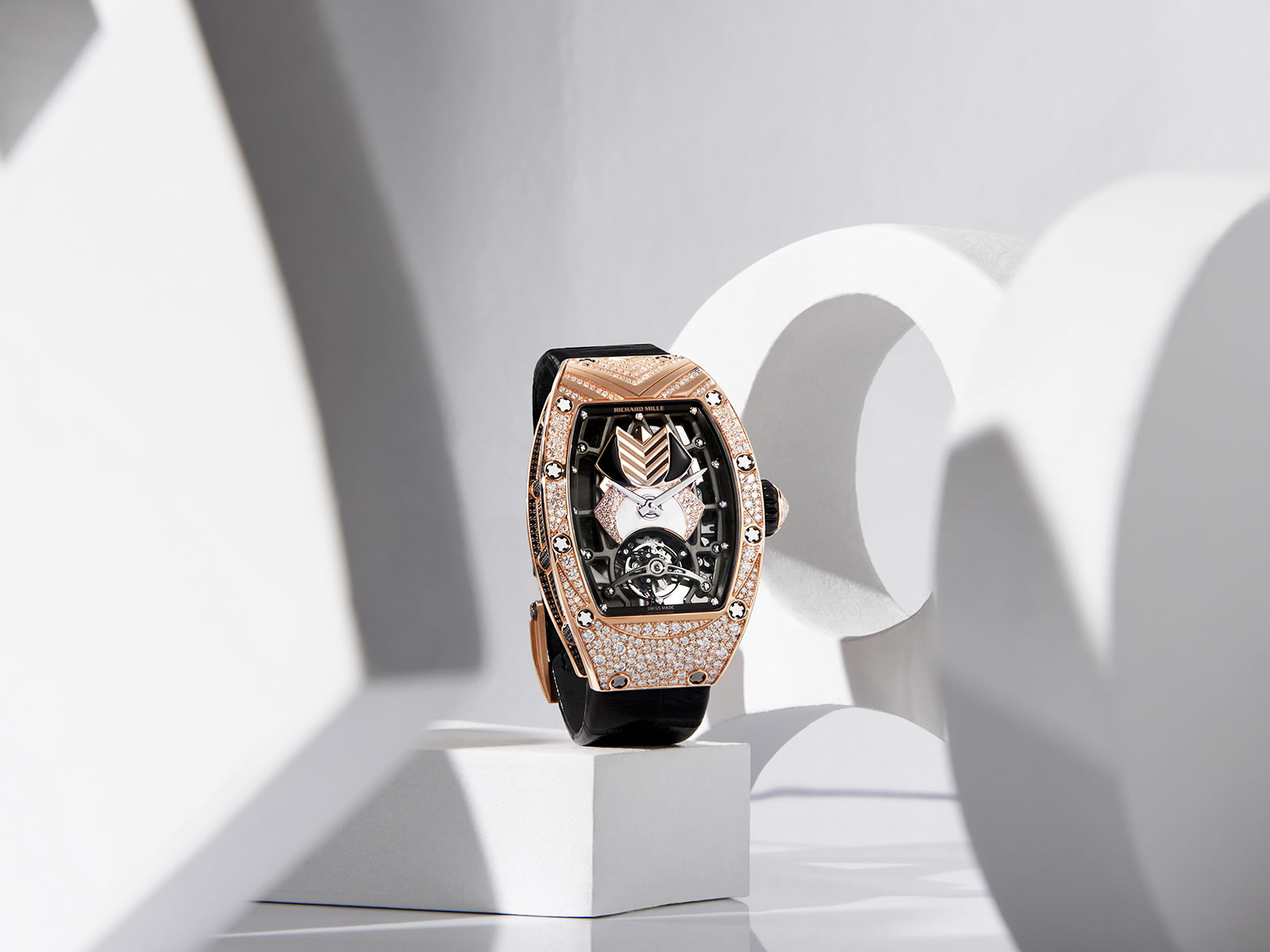 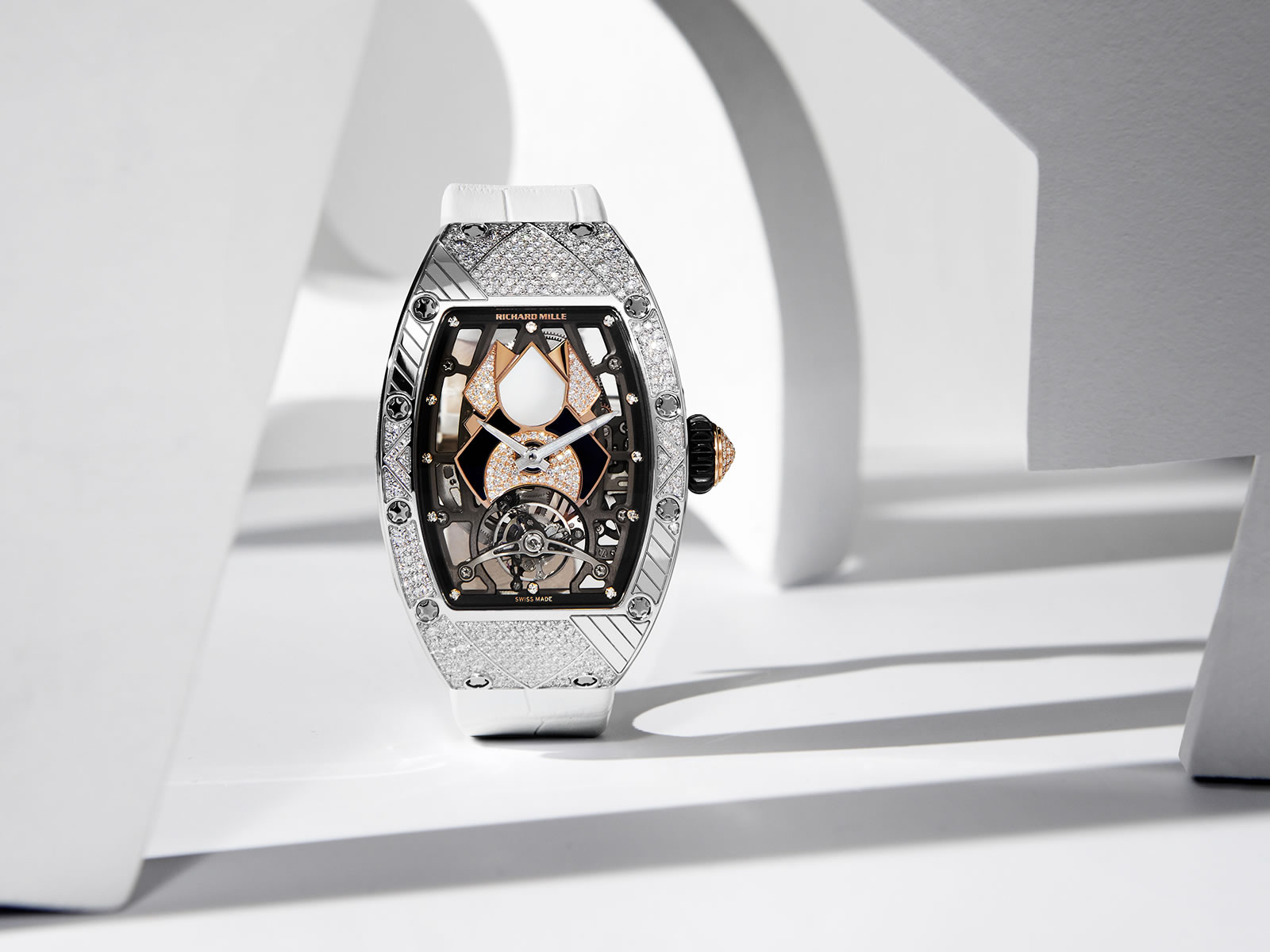 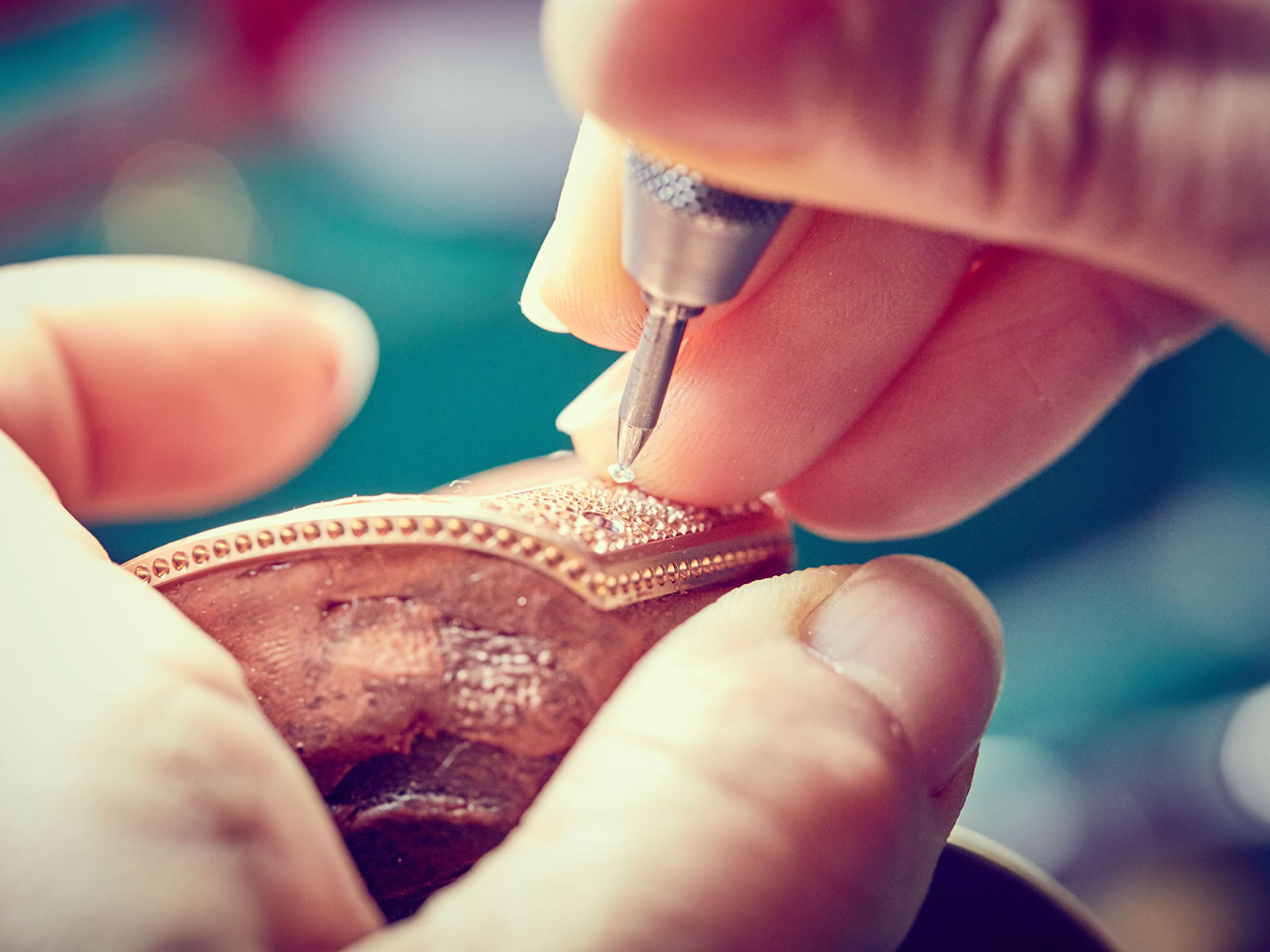 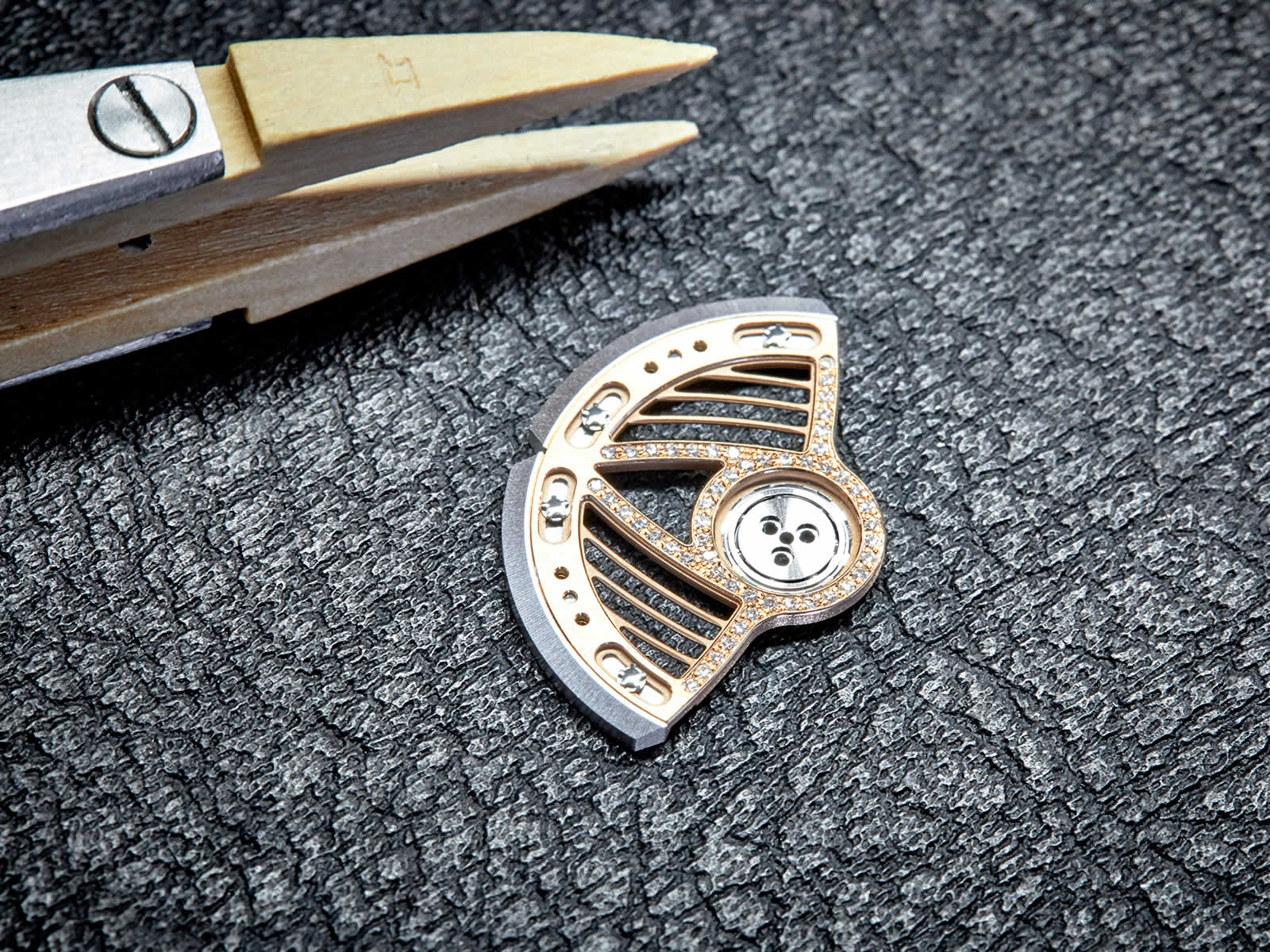 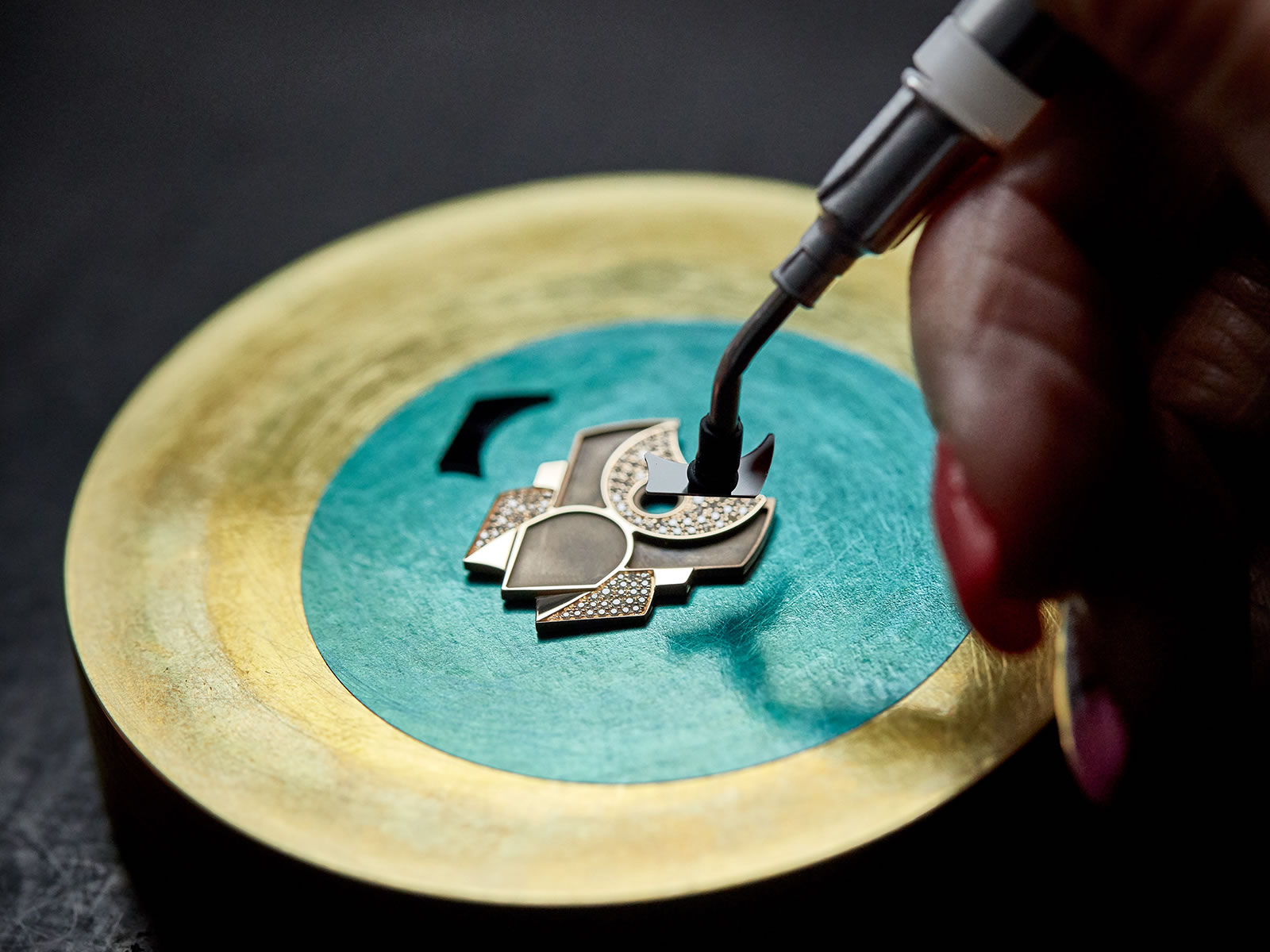 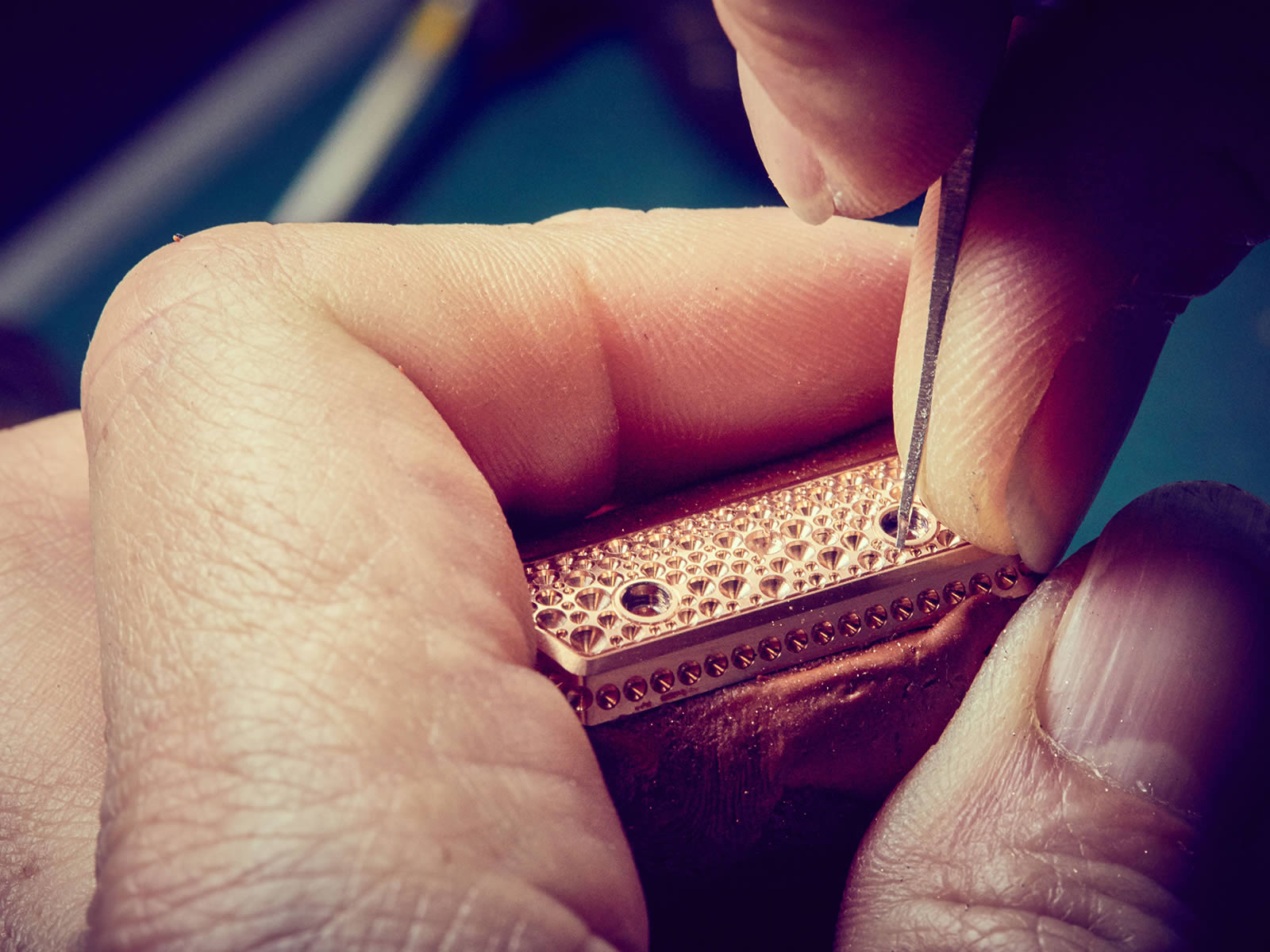 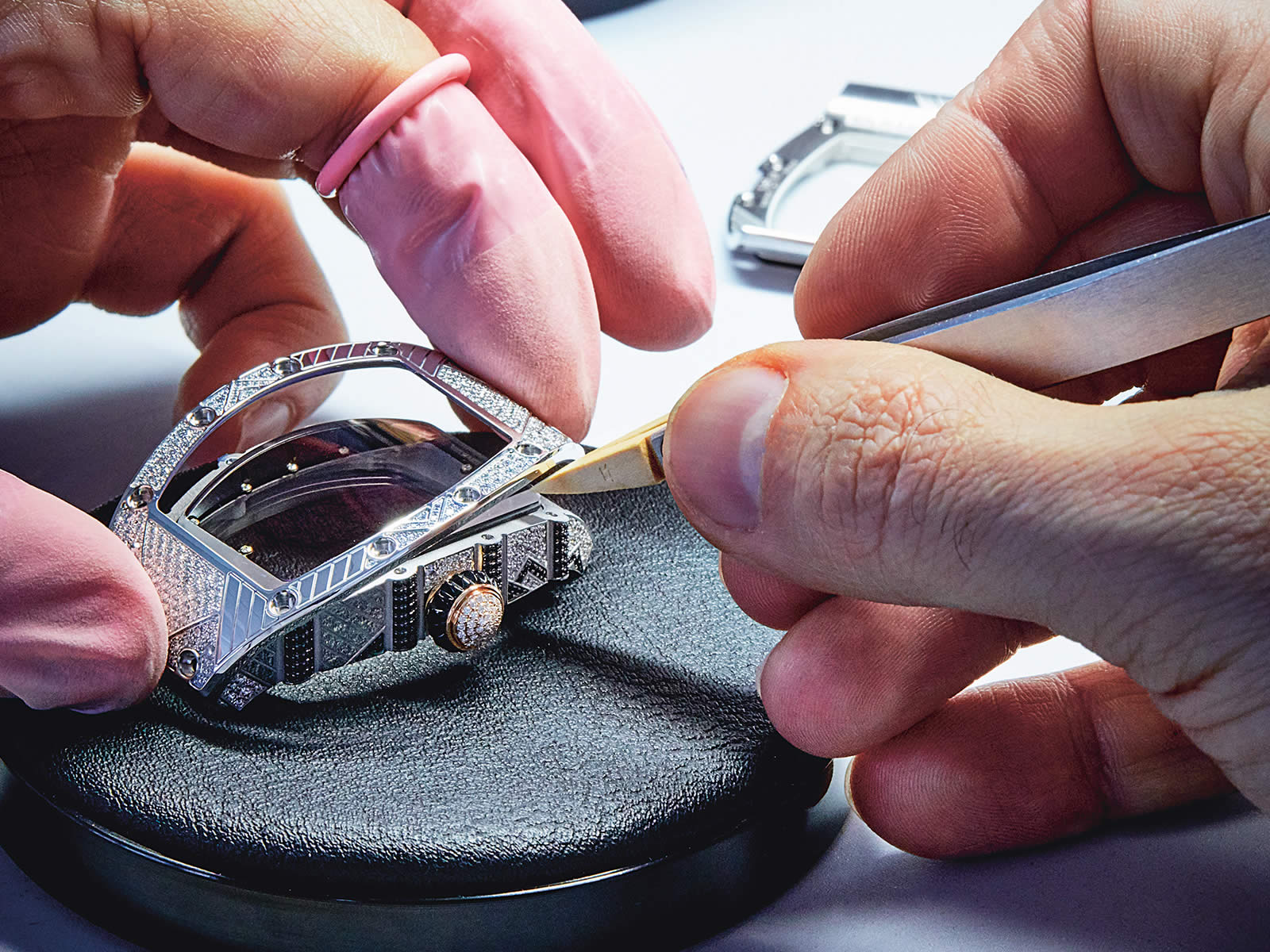 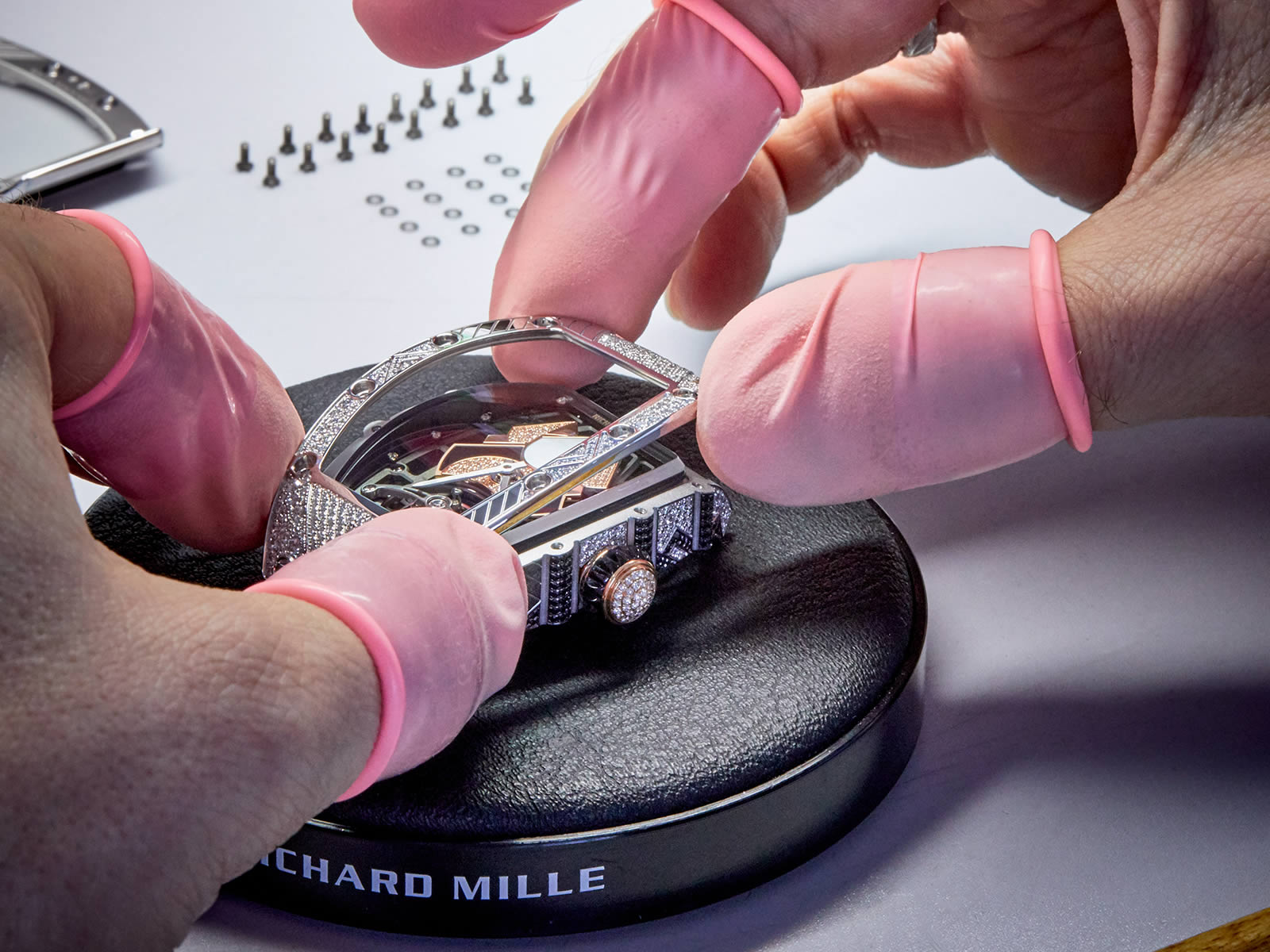 Since the model is designed in skeleton form, it is unlikely to mention of a conventional dial as we know. Richard Mille, however, seems to have succeeded in tipping the scale in its favor by continuing the gem-set concept on the movement as well. 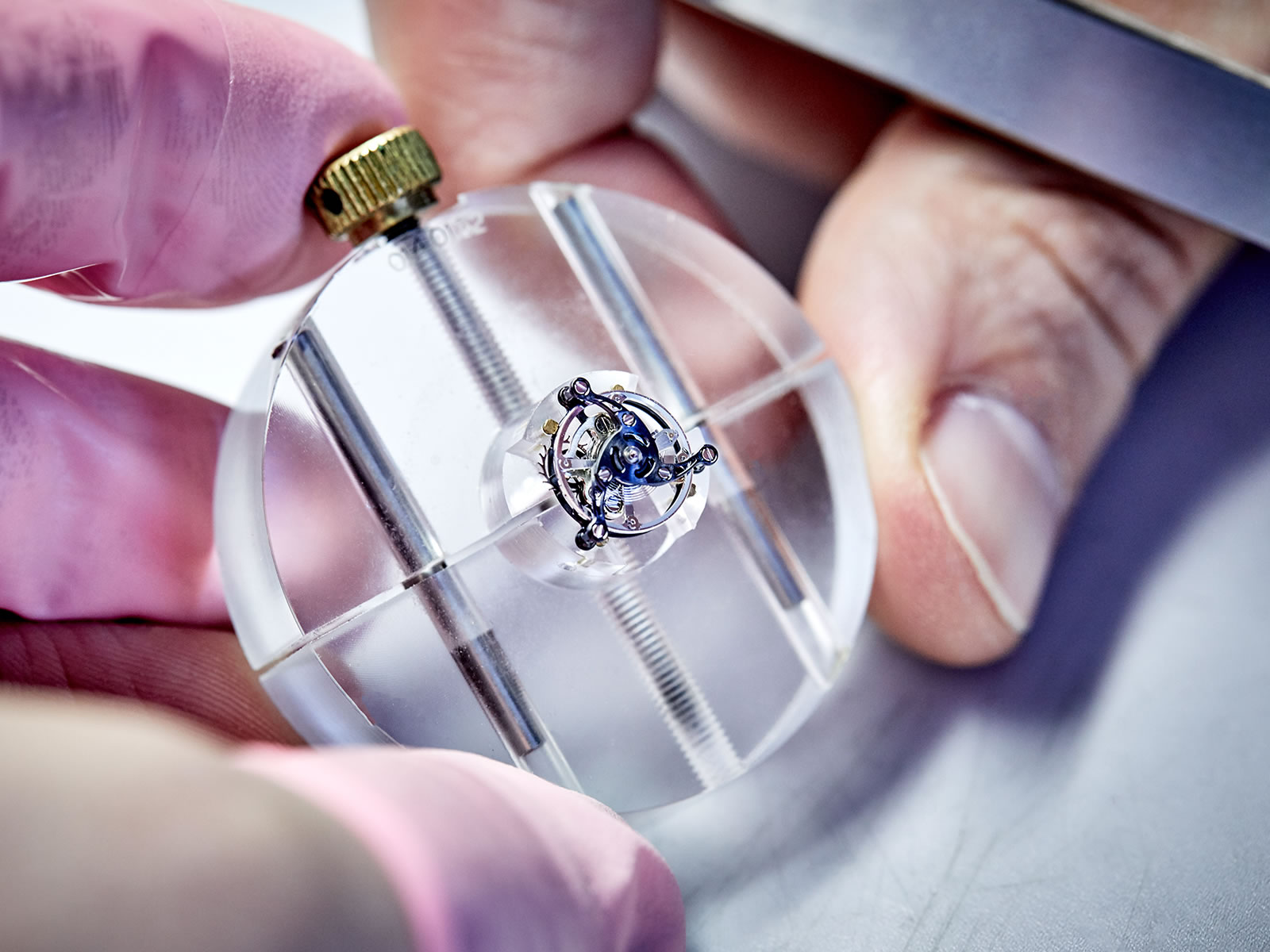 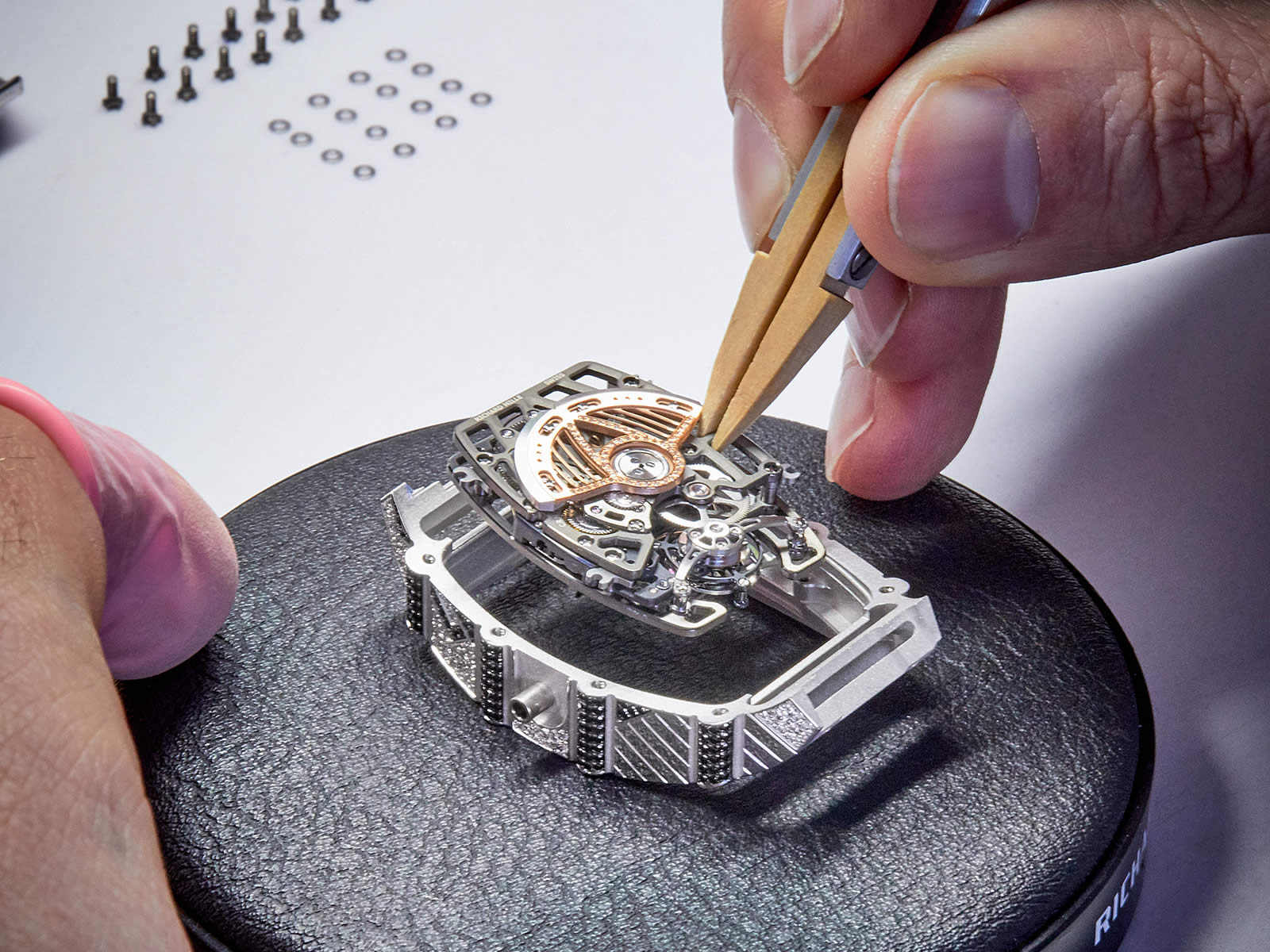 The movement Caliber CRMT1, which is also highly skeletonized in line with the overall concept, comes forward with its compact design which allows space to apply further gem-setting. 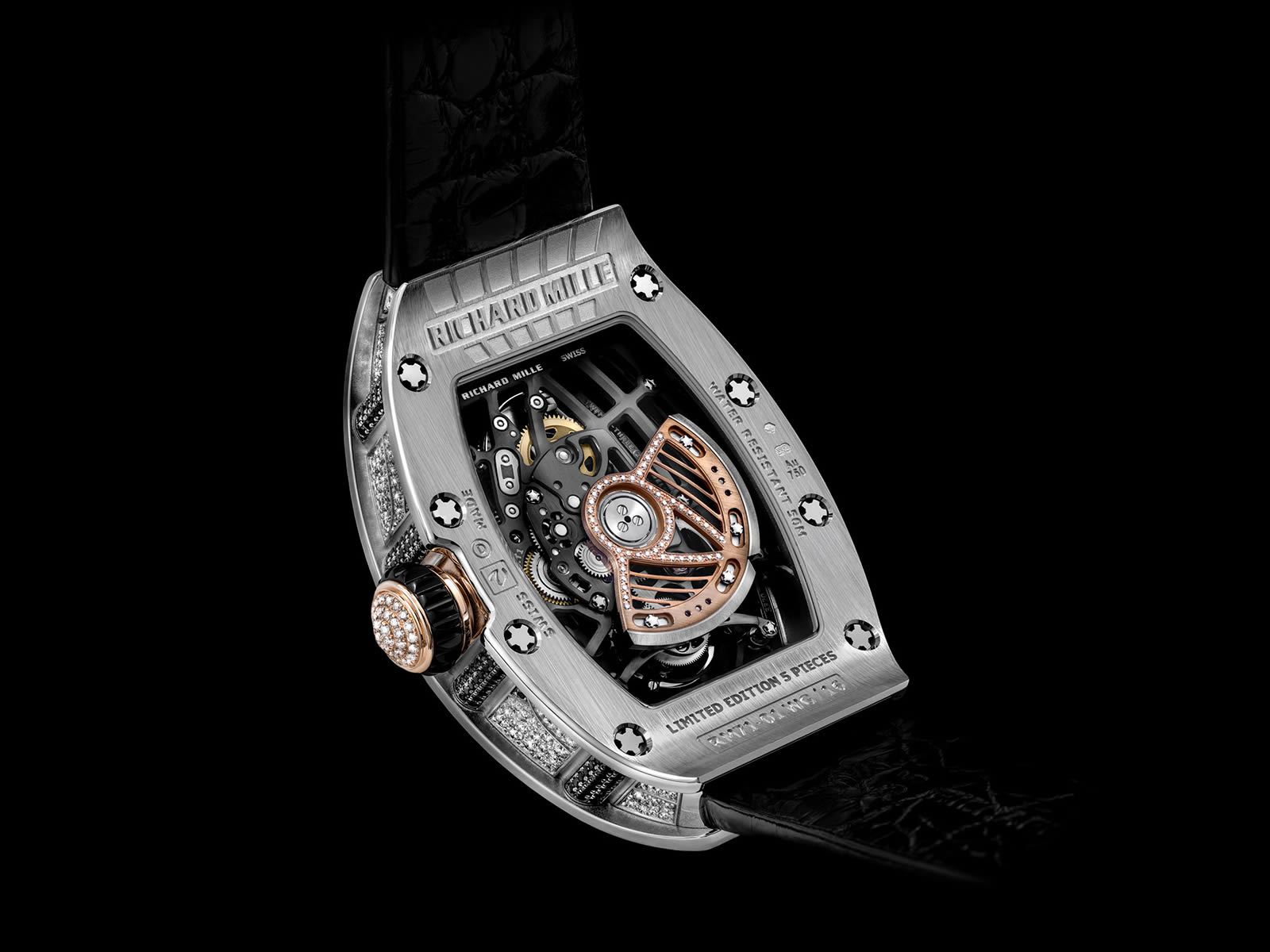 Richard Mille RM 71-01 Automatic Tourbillon Talisman ticks with the brand-new and fully manufacture Caliber CRMT1. Being the brand’s first automatic Tourbillon movement, CRMT1 seems to have its place among Richard Mille milestones with its spectacular architecture made of mostly Grade 5 titanium, 6.2mm height and super-lightweight of 8gr only as well as its un-rivalled robustness despite its mind-blowing features. The movement offers 50 hours power reserve when fully wound and can be enjoyed in detail thanks to sapphire crystals used on both sides of the case. 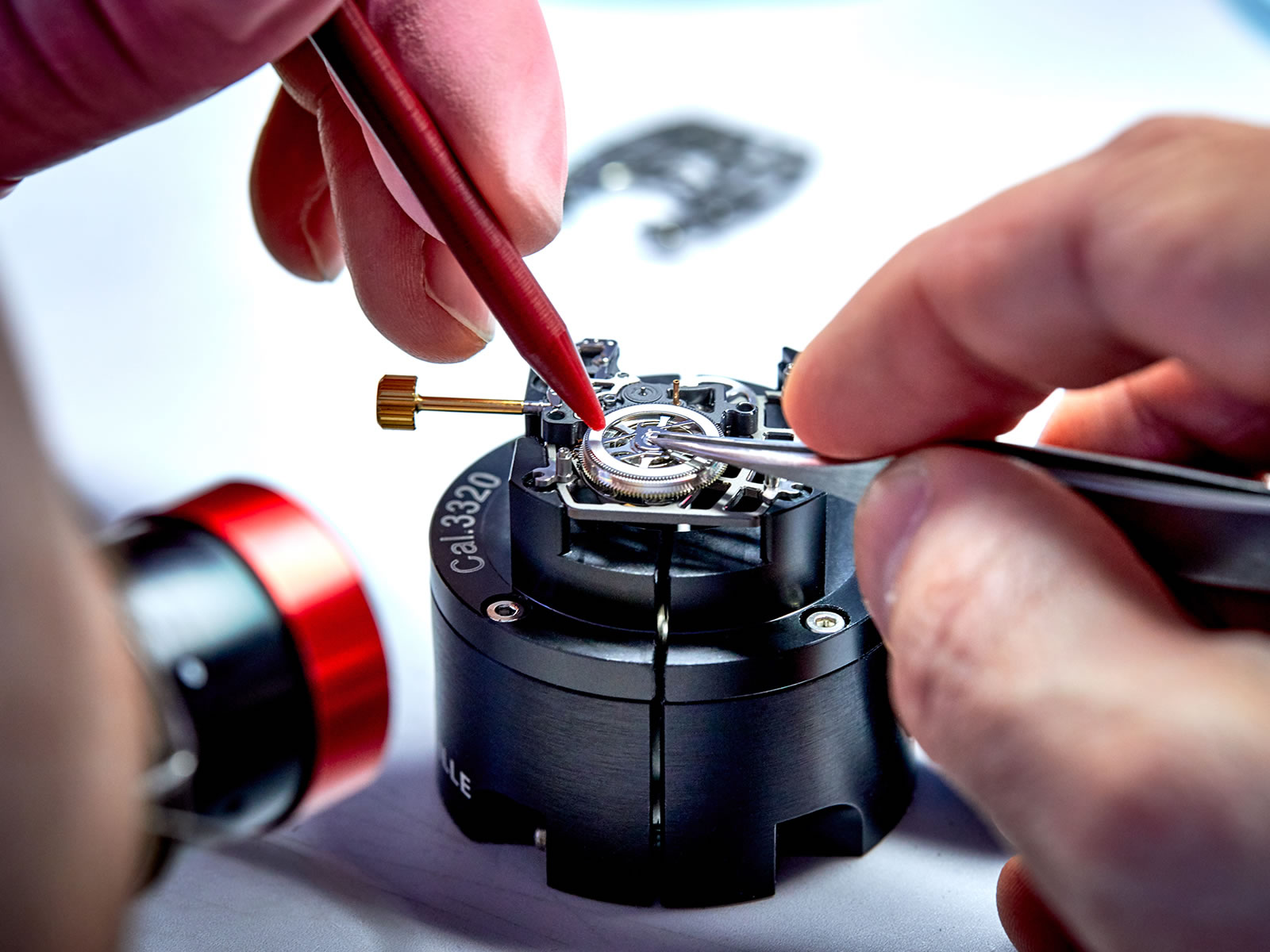 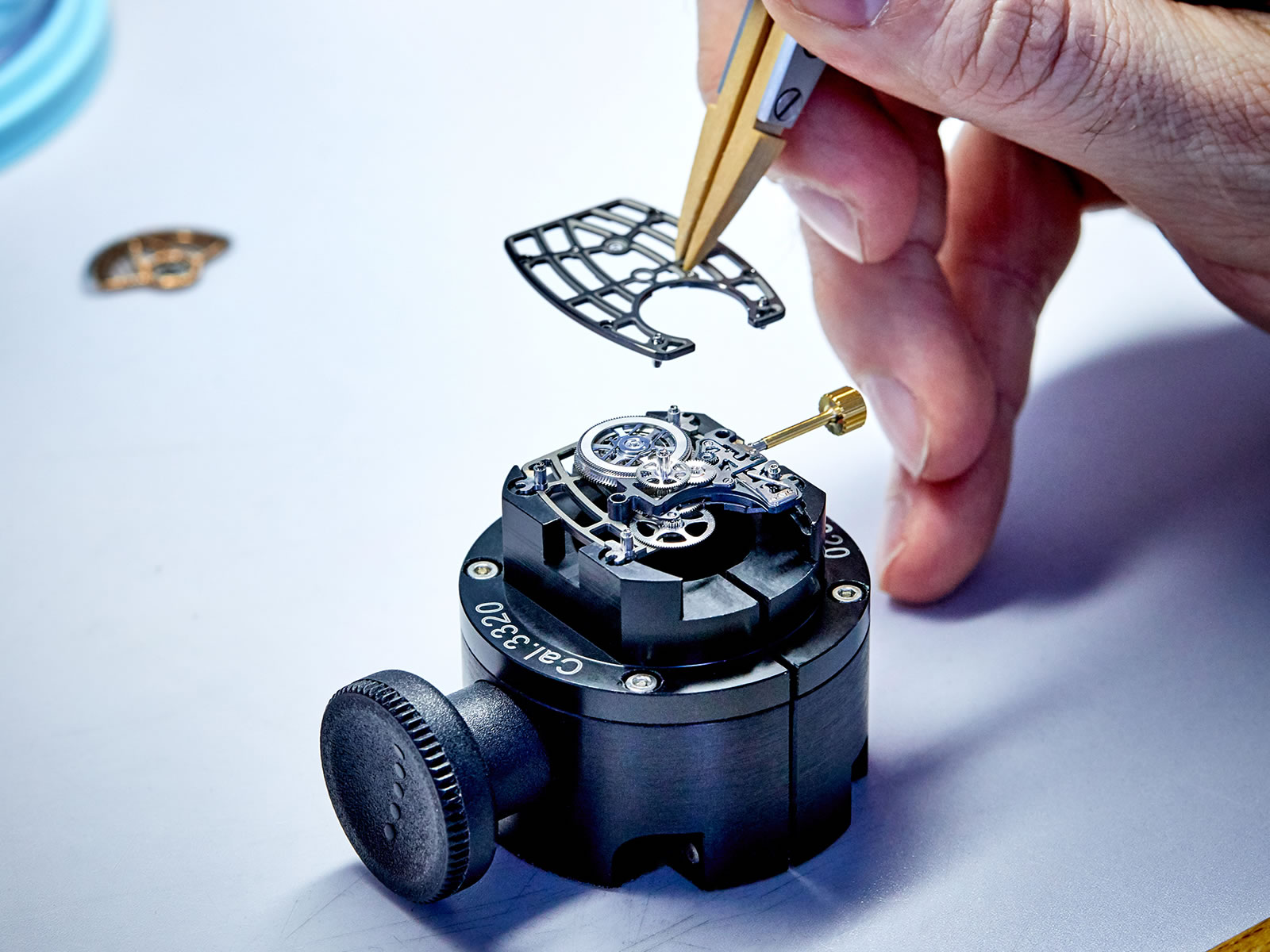 There are ten dial variations in the collection which are also distinguished in the ten different case adornments. Each version is limited to a span of 5 units only. The models are offered in two different new line of strap options as a black Velcro closure on ostrich leather or on embossed grained leather. 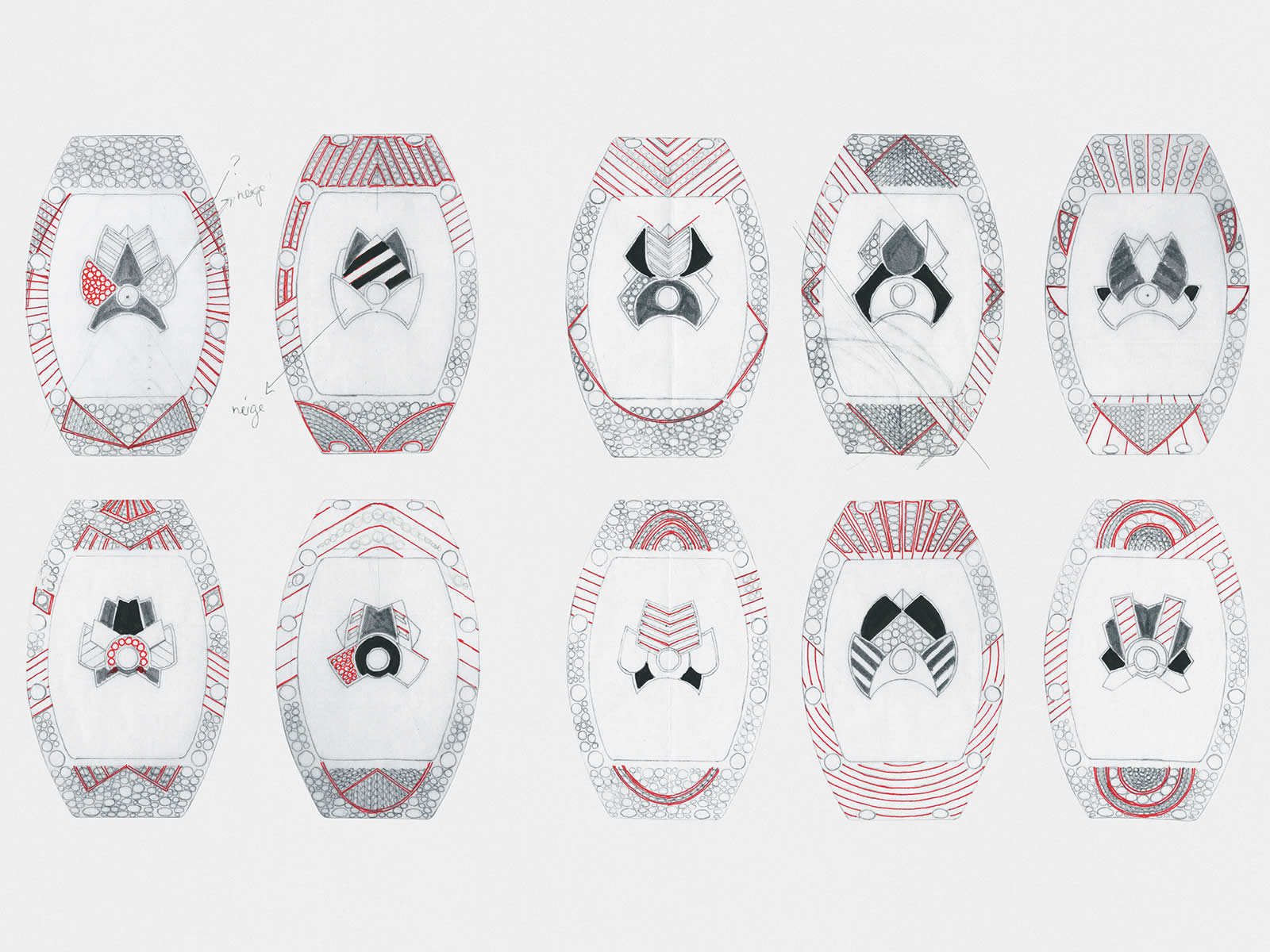 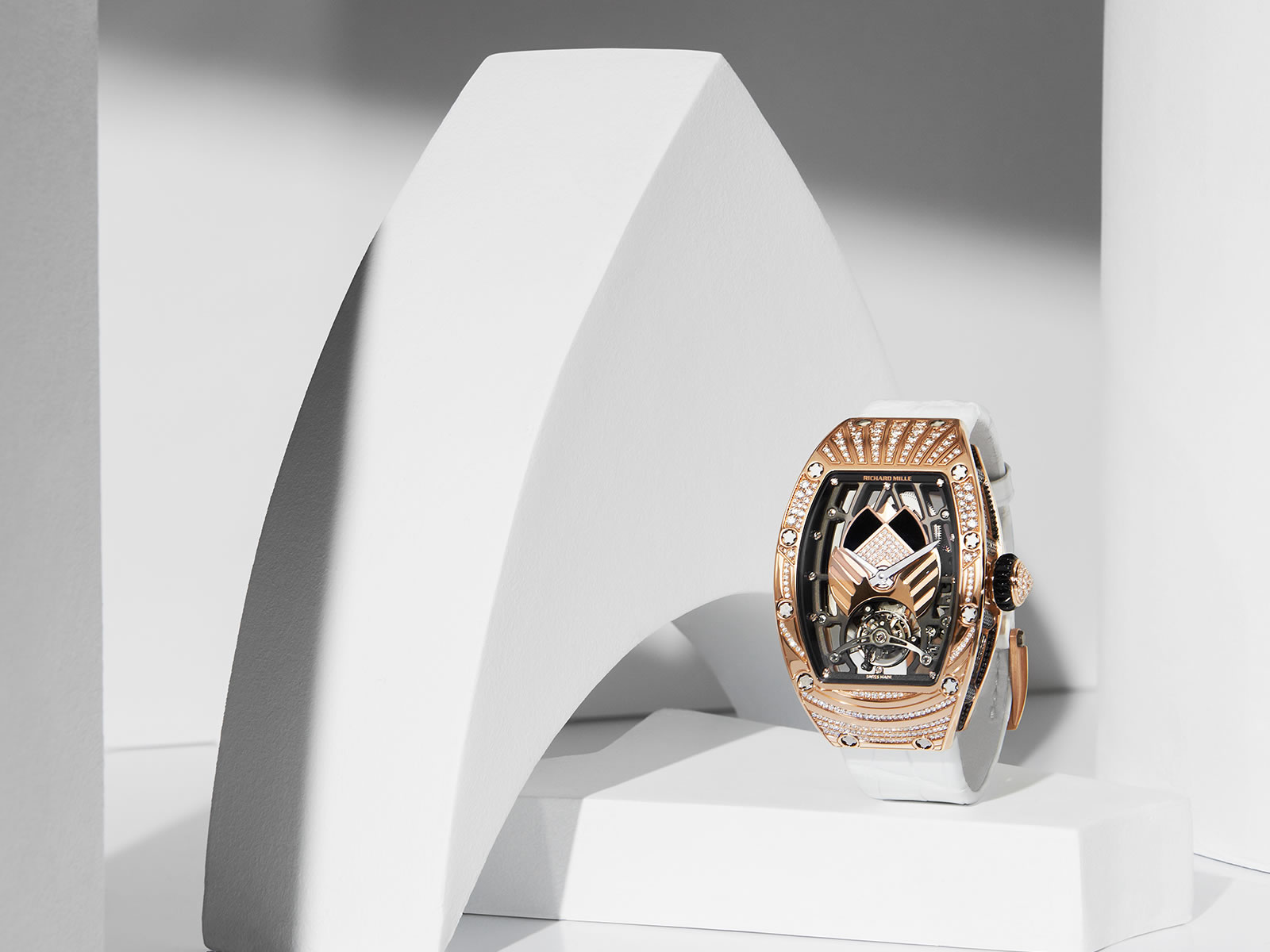 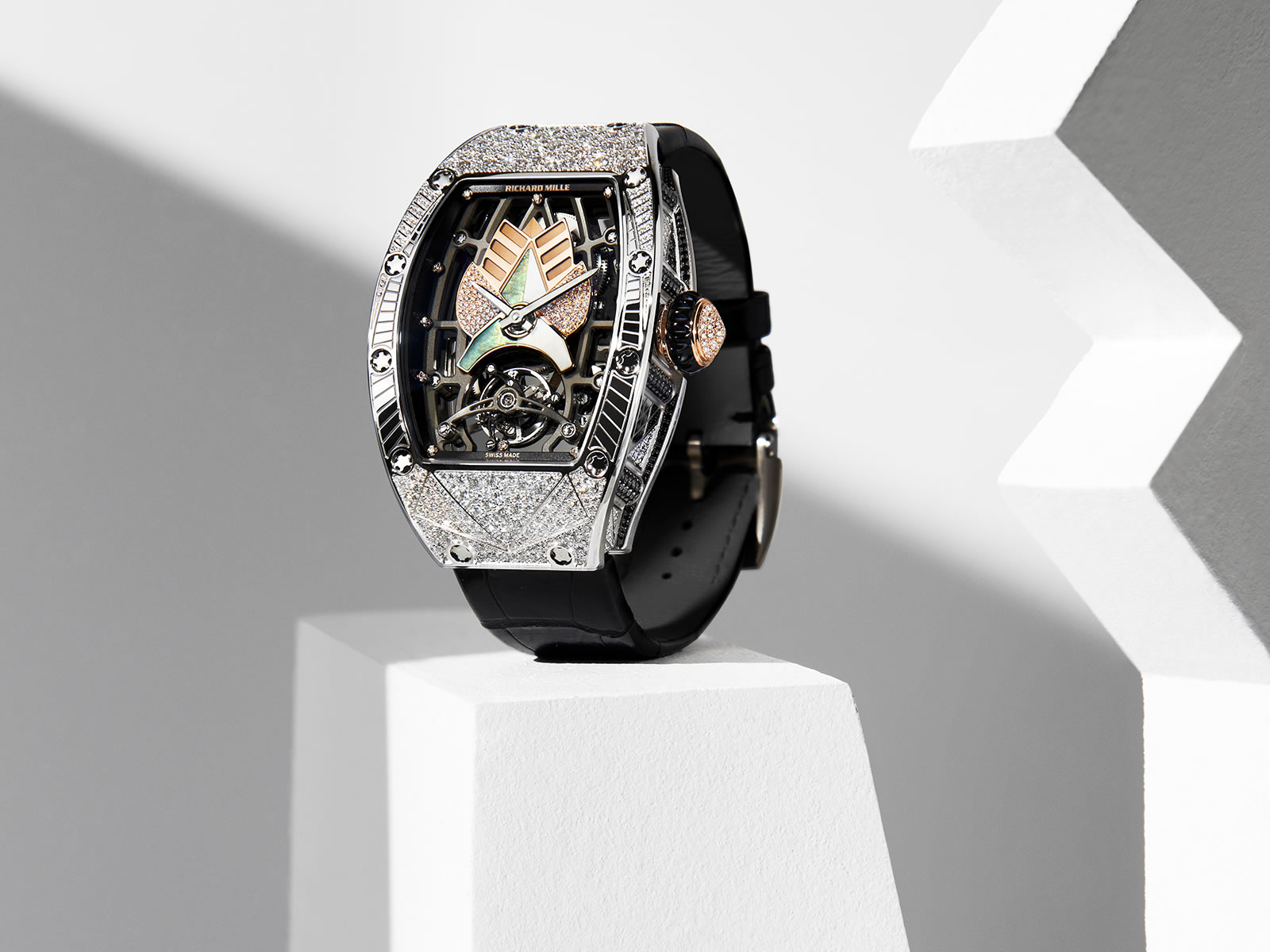