Another novelty for the Pre-SIHH 2019 title came from Roger Dubuis, an unchanging figure among exotic watchmakers. The latest addition to the Excalibur Spider series, which has been a huge success, draws attention with its unique structure that generously blends carbon, a popular alternative material of recent years, with diamonds. A combination that we are not accustomed to seeing together, for sure... 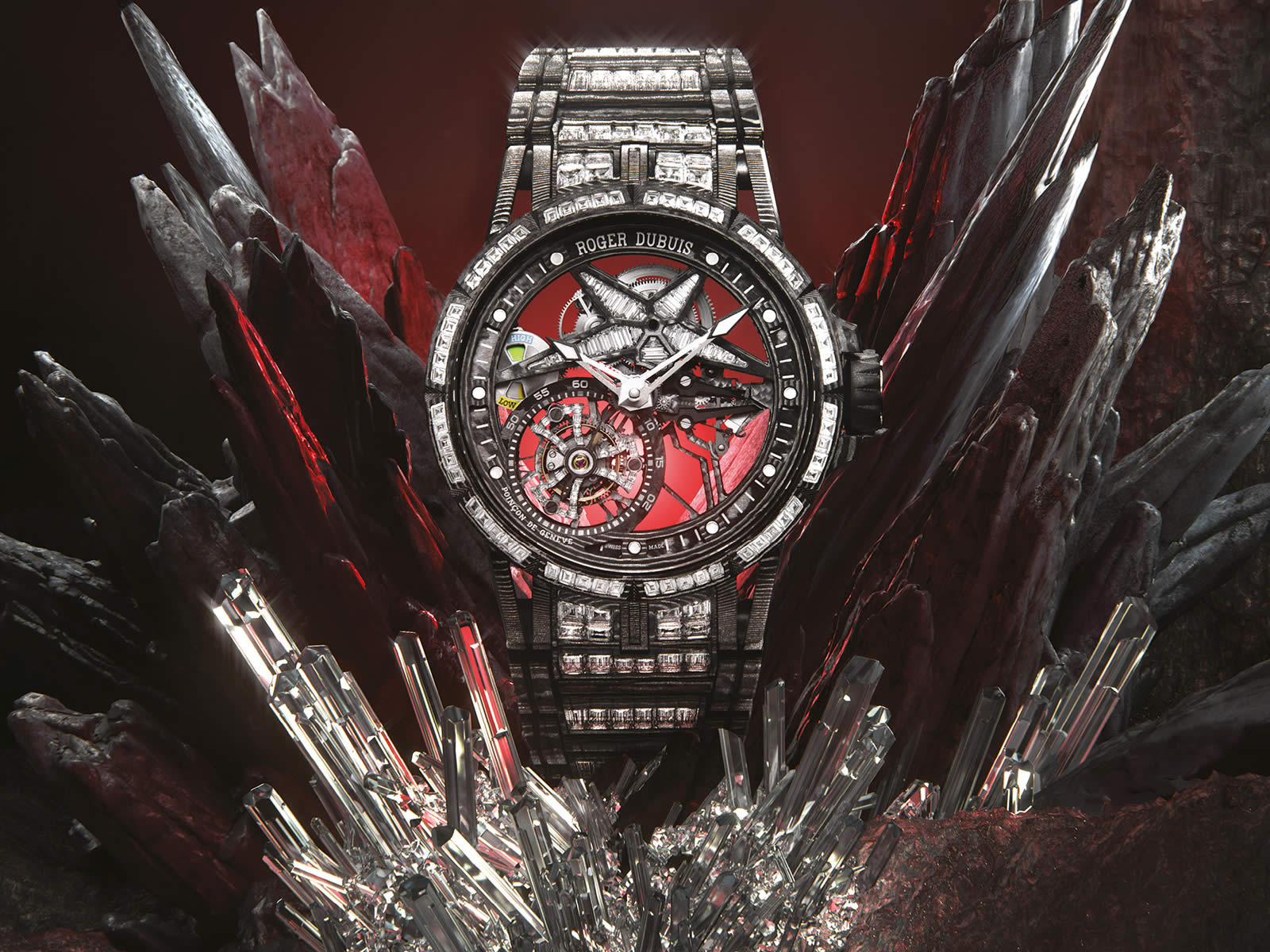 SIHH, one of the major trade shows for the luxury watchmaking industry, is preparing to host many new models in 2019 as well. Maybe it’s all about the latest situation of traditional watch exhibition concept which seems not to be sufficient anymore for the sector’s needs as seen with the Baselworld this year, the novelties announced prior to the upcoming SIHH 219 is pretty less in number when compared to previous years. Besides the curiosity for the future of watch exhibition concept, there are brands that chose to follow the same path like used to for years. Roger Dubuis, a heavy-hitter among those names, simply fascinates the watch enthusiasts with it new model - Excalibur Spider Ultimate Carbon. 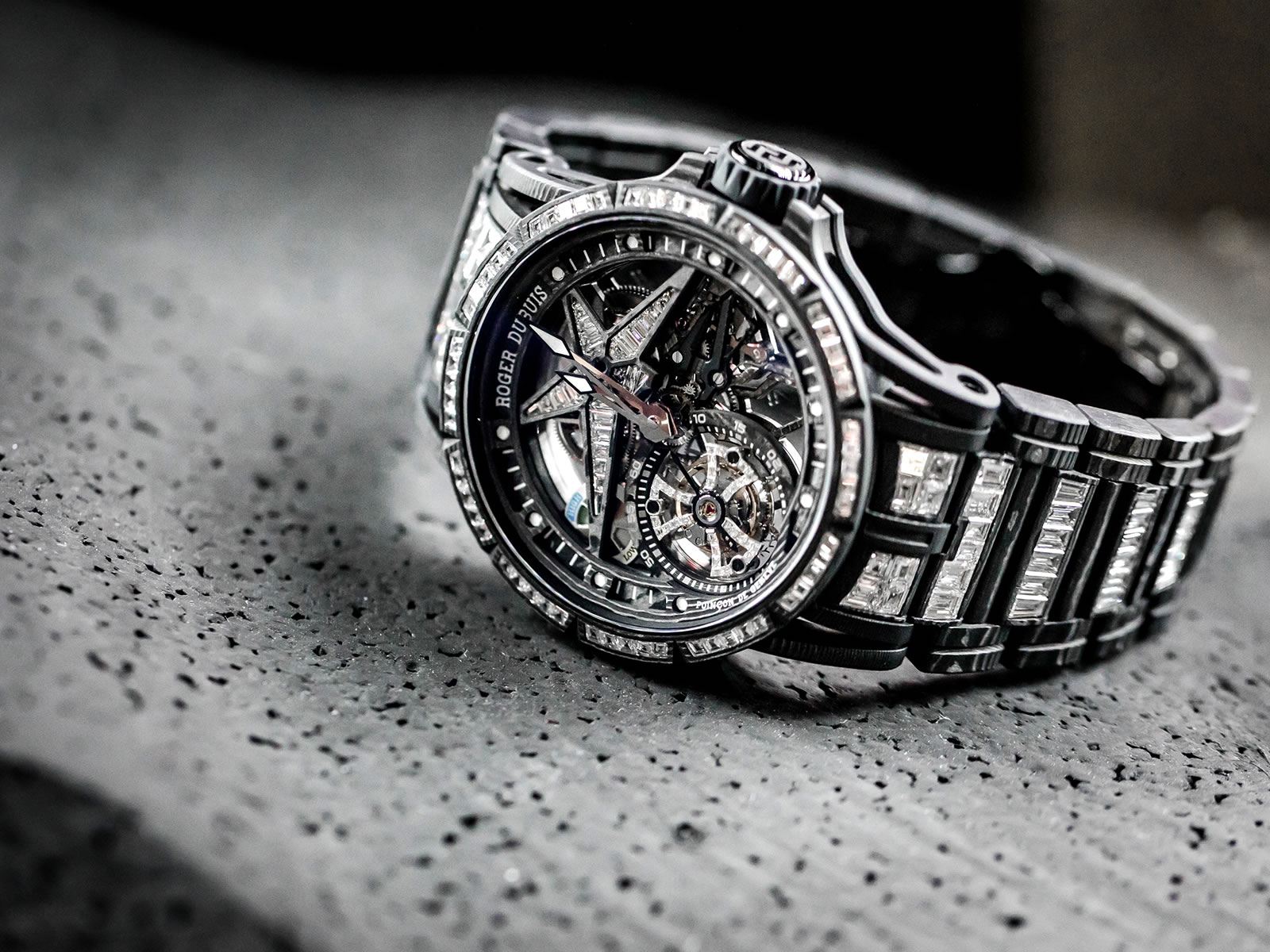 The brand, which is one of the indispensable representatives of details such as unique design, modern materials and superior craftsmanship, underlines all those values with the new Excalibur Spider Ultimate Carbon model. But the details that came like a curve ball is the extensive use of carbon, a rising star in the luxury watchmaking industry, coming together with the good old diamonds. A lot of diamonds… Sharing the same roots for those materials (diamond is also a form of carbon roughly) being together is nothing but mastering in nuances. 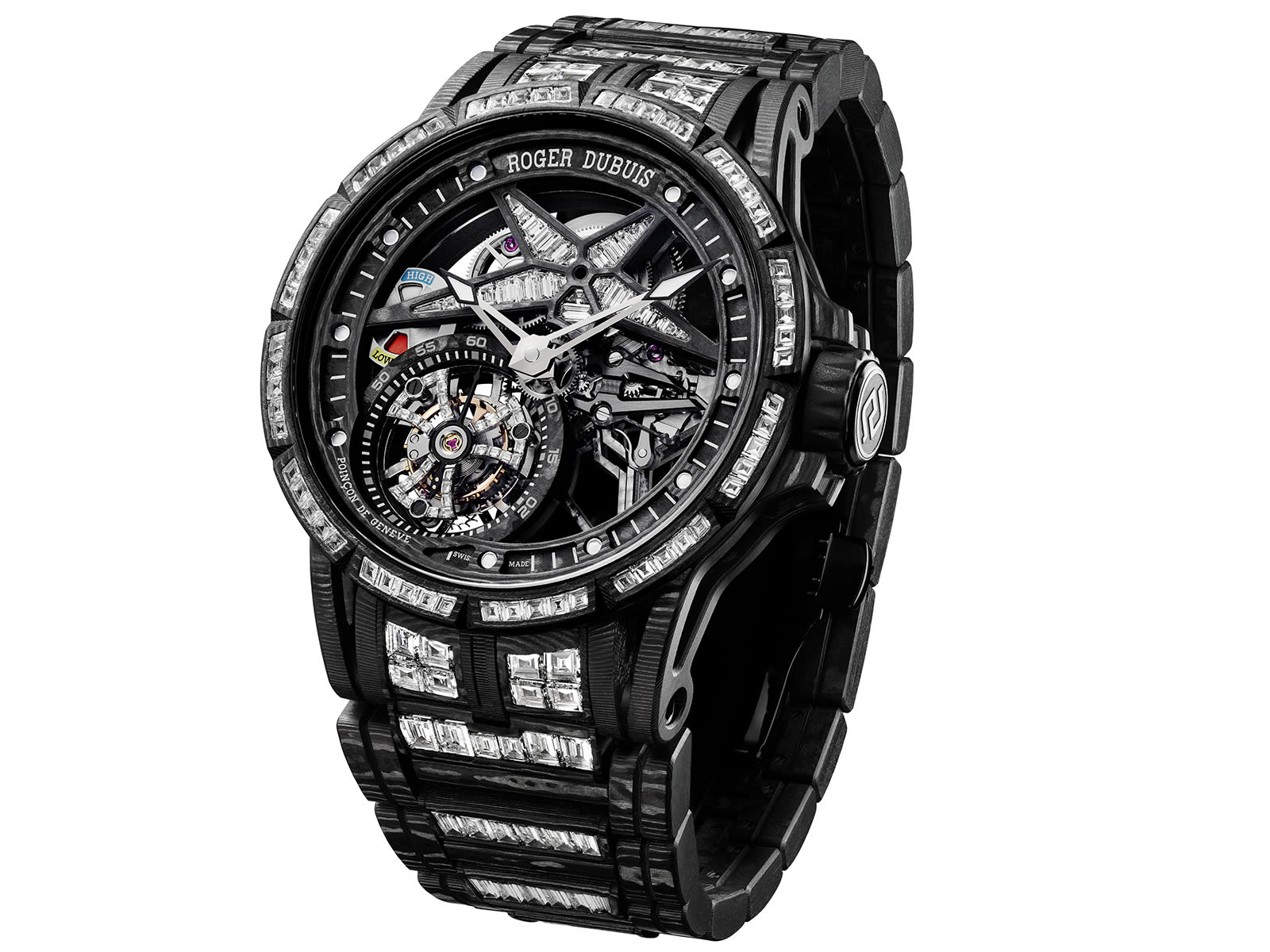 The new model is offered with a carbon case measuring a hefty 45mm in diameter that is matched with a bracelet made of, again, carbon. Despite the case’s bold wrist presence, the total weight of the watch is remarkably less mainly due to the use of carbon (even the bridges of the movement are carbon) and hollowed lugs. 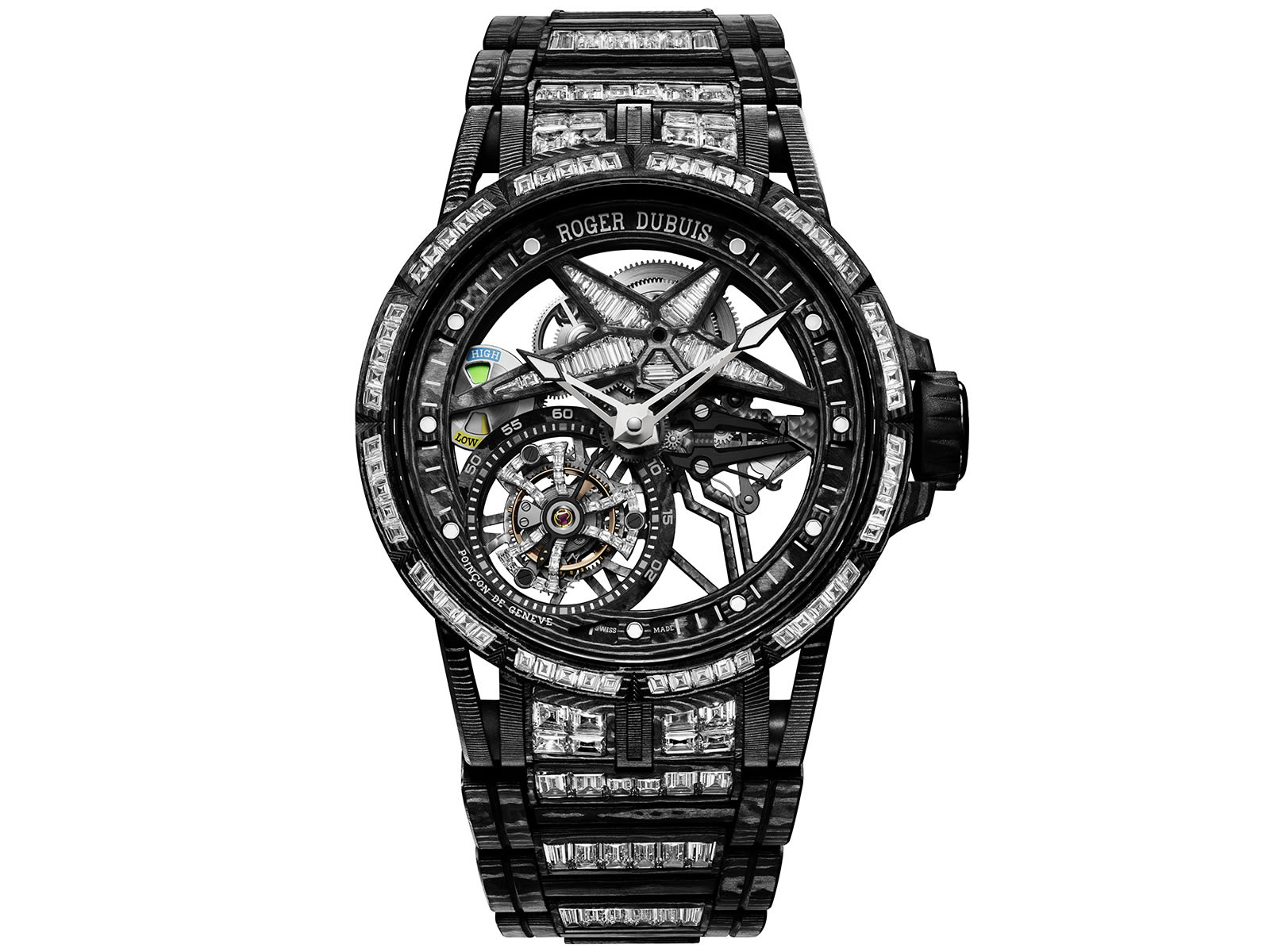 Of course, manufacturing almost any component of the watch from carbon is not enough for Roger Dubuis to call its masterpiece Ultimate, so the brand decided to add 195 pieces of baguette cut diamonds. 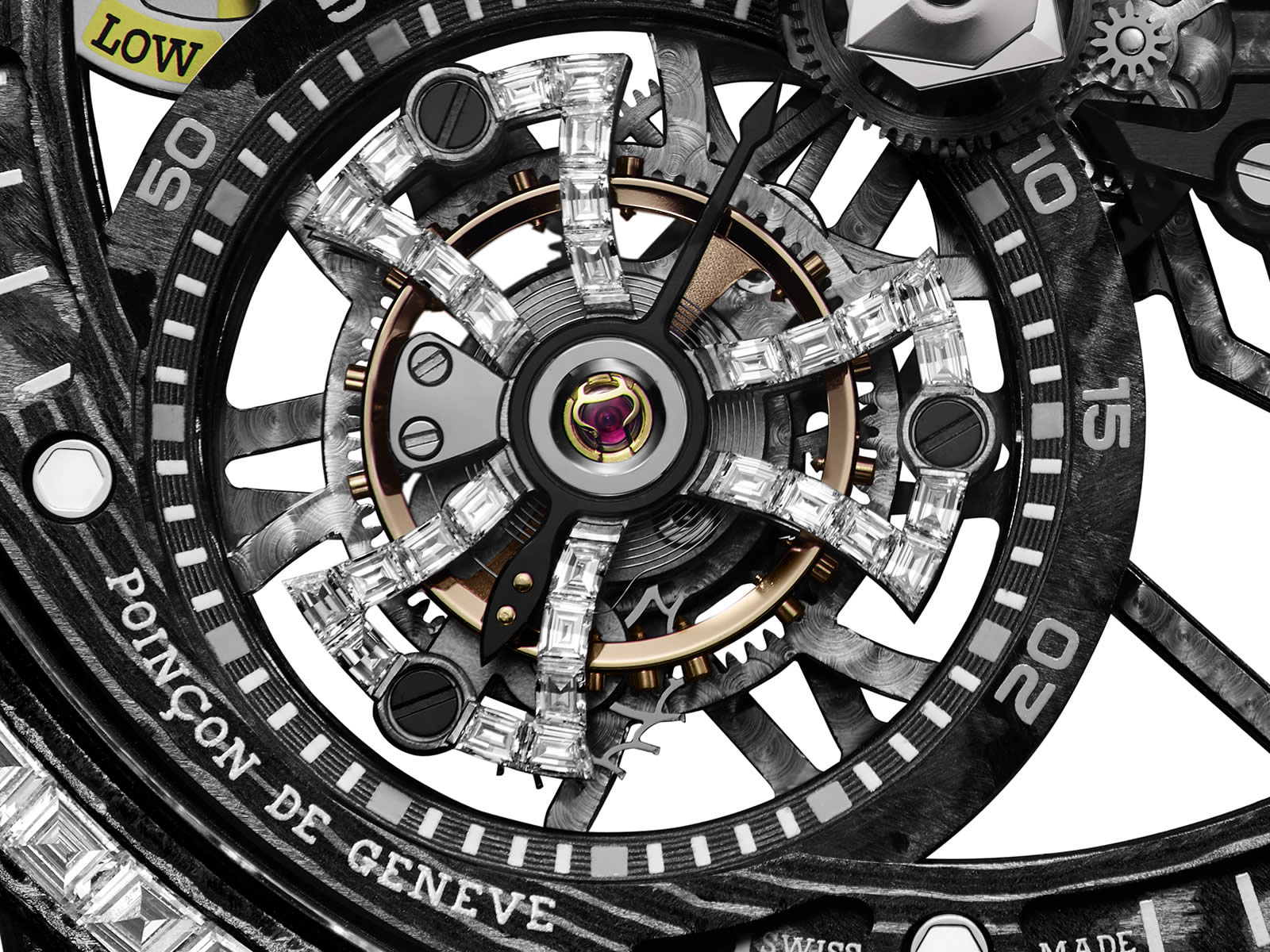 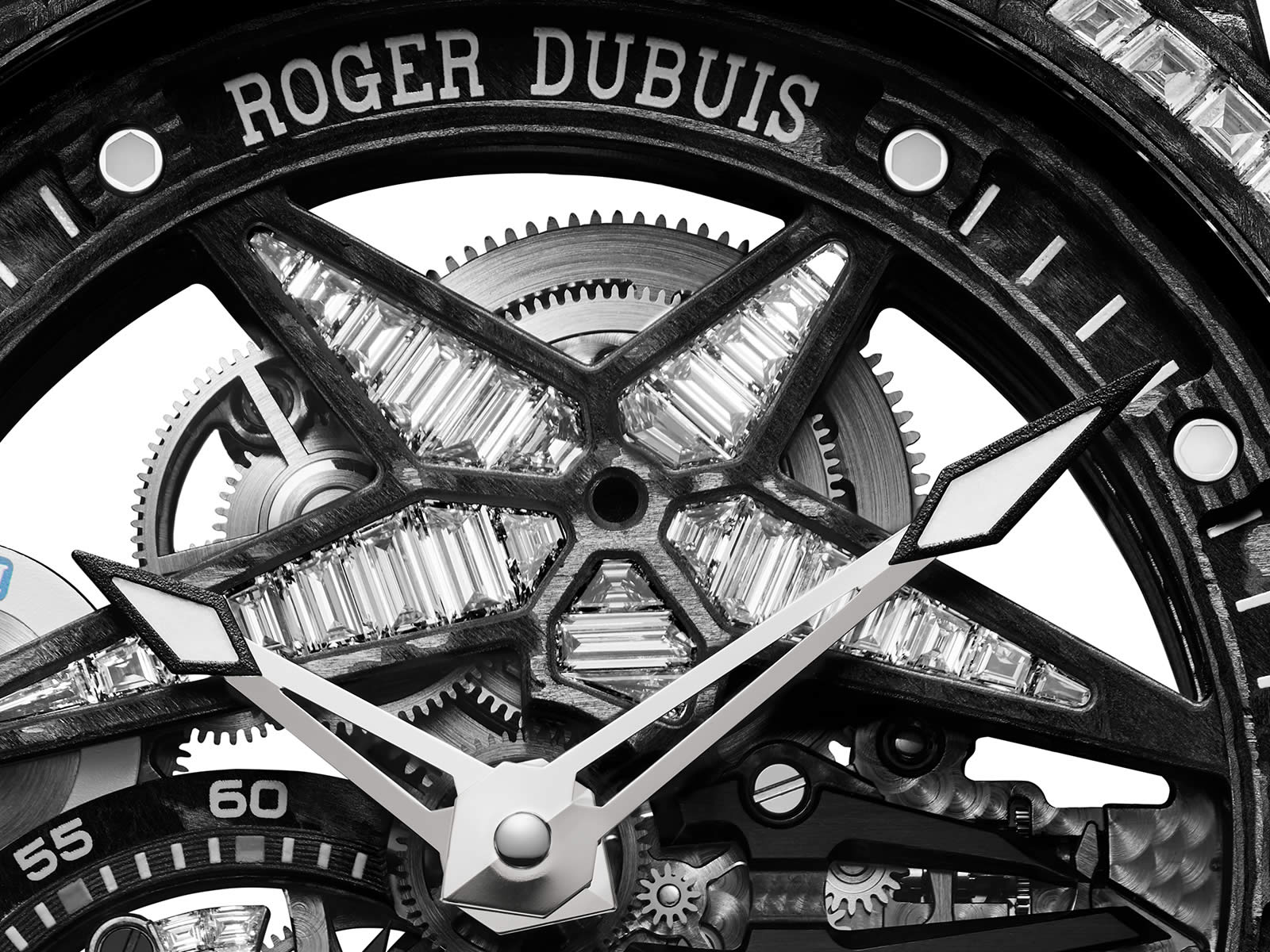 The model is powered by the Roger Dubuis manufacture movement Caliber RD508SQ. Hand-wound movement is easily recognizable for fellow fans of the brand with its bridges and base plate open-worked to form a star. The Tourbillon unit in the form of a Celtic cross and the star-shaped barrel are decorated with a baguette cut diamond. Despite the exotic material, the movement is still hallmarked with the Poincon de Genève, meaning it has passed the functional and decorative criteria the certification demands. 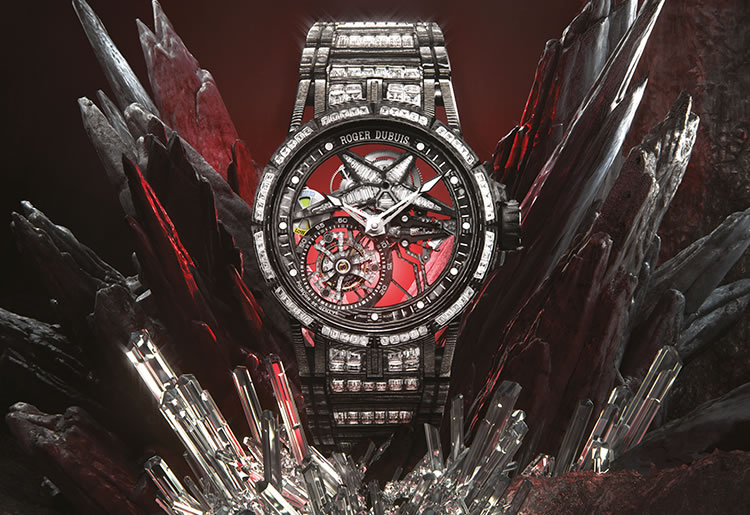 The bracelet that is offered with the watch is made up of individual carbon composite links set with diamonds, but strengthen by a thin titanium skeleton within the links, helping it retain the correct form and sturdiness. 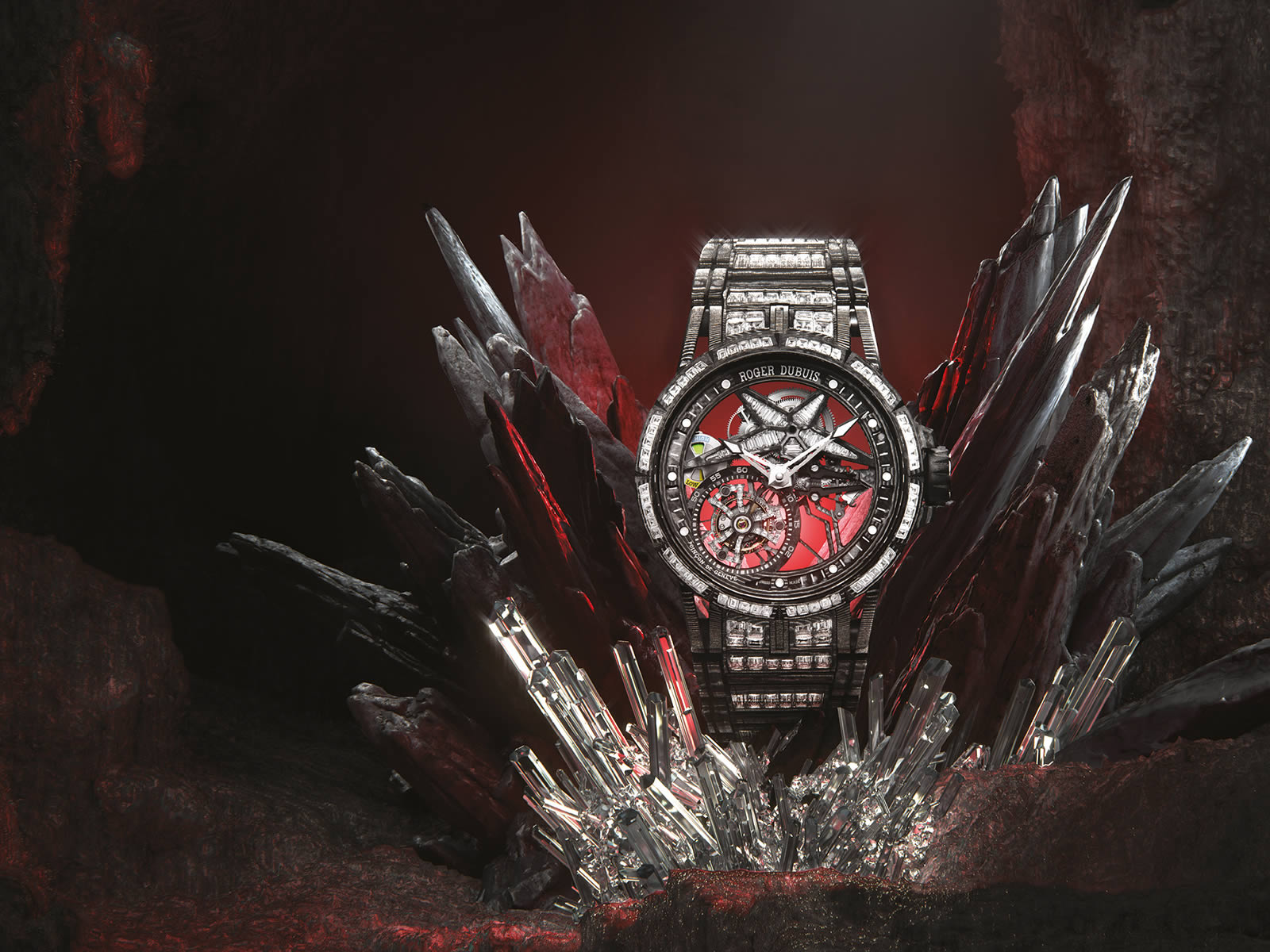 Roger Dubuis Excalibur Spider Ultimate Carbon (Ref. RDDBEX0675) is limited to only 8 pieces. And the price you need to pay to have that beautiful timepiece is CHF 550,000. Assuming you are lucky enough to locate one...