Singer Vehicle Design, a US-based restoration firm from the indispensable addresses of classic Porsche 911 enthusiasts, made a rapid entry into the world of watches with its chronograph model named Track 1 under the Singer Reimagined brand.

Singer is an automobile restoration company based in California and involved solely in classic 911s (964s precisely). The company Singer Reimagined introduced its first timepiece Track 1 recently which was created in collaboration with Singer co-founder Rob Dickinson, Wiederrecht and Marco Borracino, who worked four years as the Design chief at Officine Panerai. The movement is supplied by Agenhor, which is a movement maker based in Geneva and led by Jean-Marc Wiederrecht known with his relations with popular brands like Van Cleef & Arpels and MB&F. 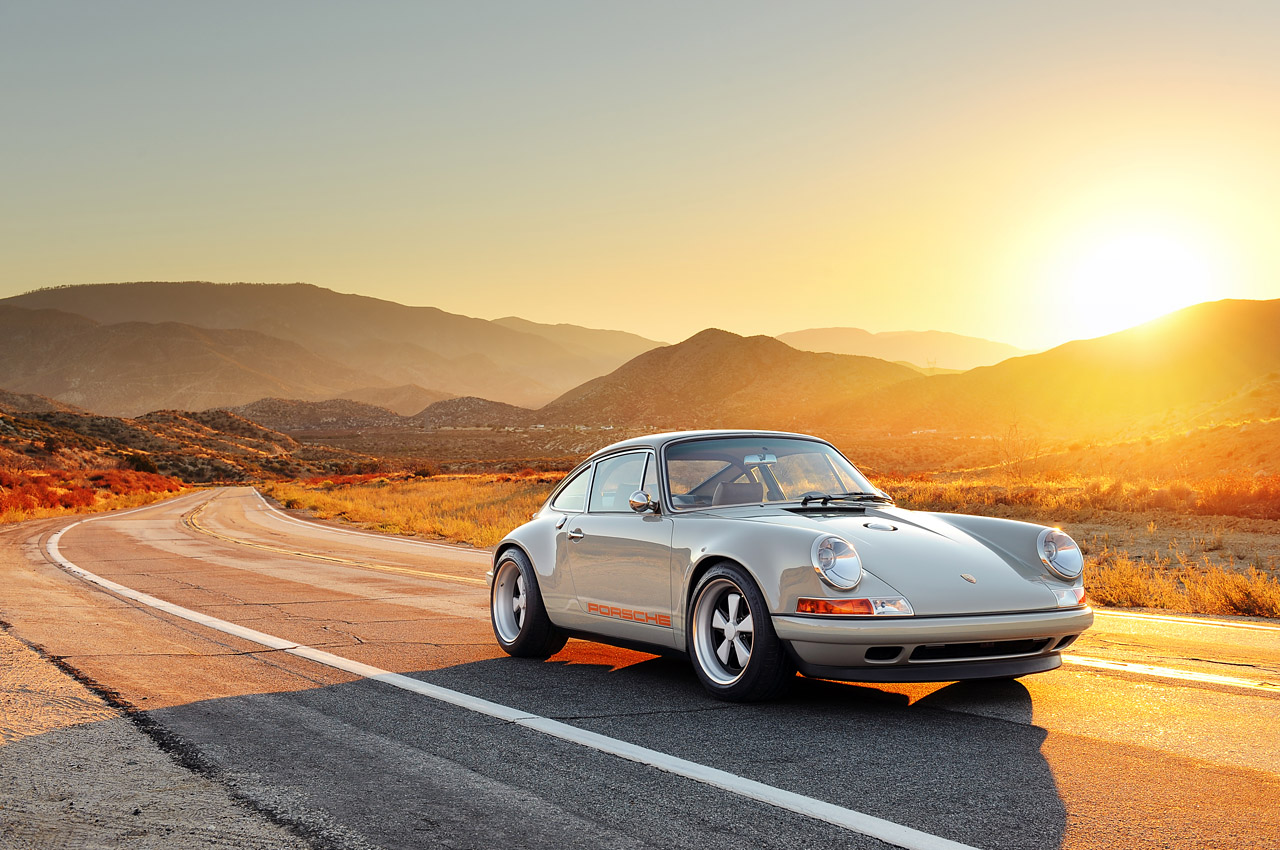 The new model is offered in case measuring 43mm in diameter and 15mm in thickness with a design fairly inspired by the 1970s. The case is finished in circular brushing and slightly domed which is typical for that era. Sporting a domed sapphire crystal and a polished smooth bezel on the front side, the case is equipped with a display case back and a set of piston type pushers. The pushers are located at 10 and 2 o’clock positions resembling the famous Bull Head lay-out. 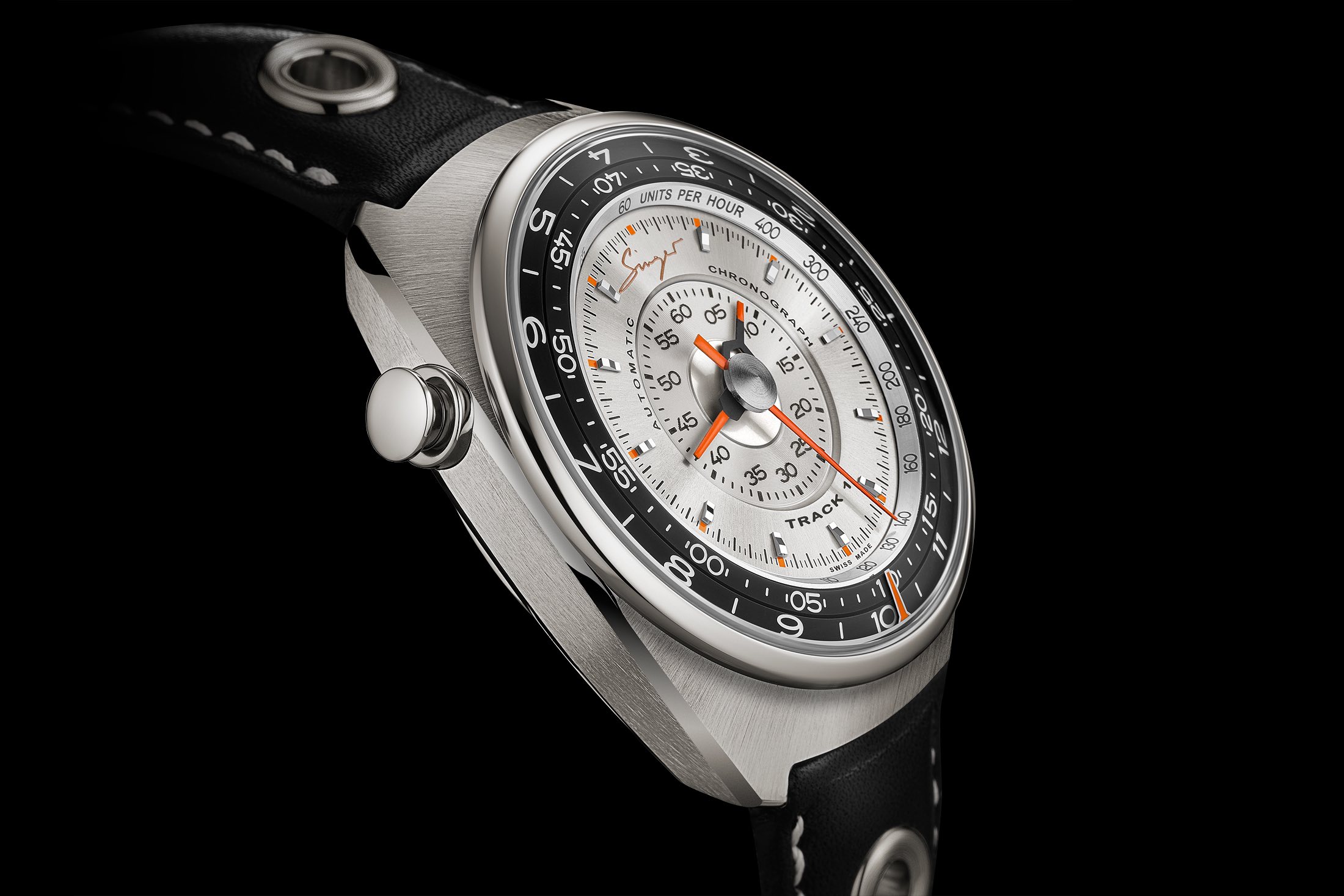 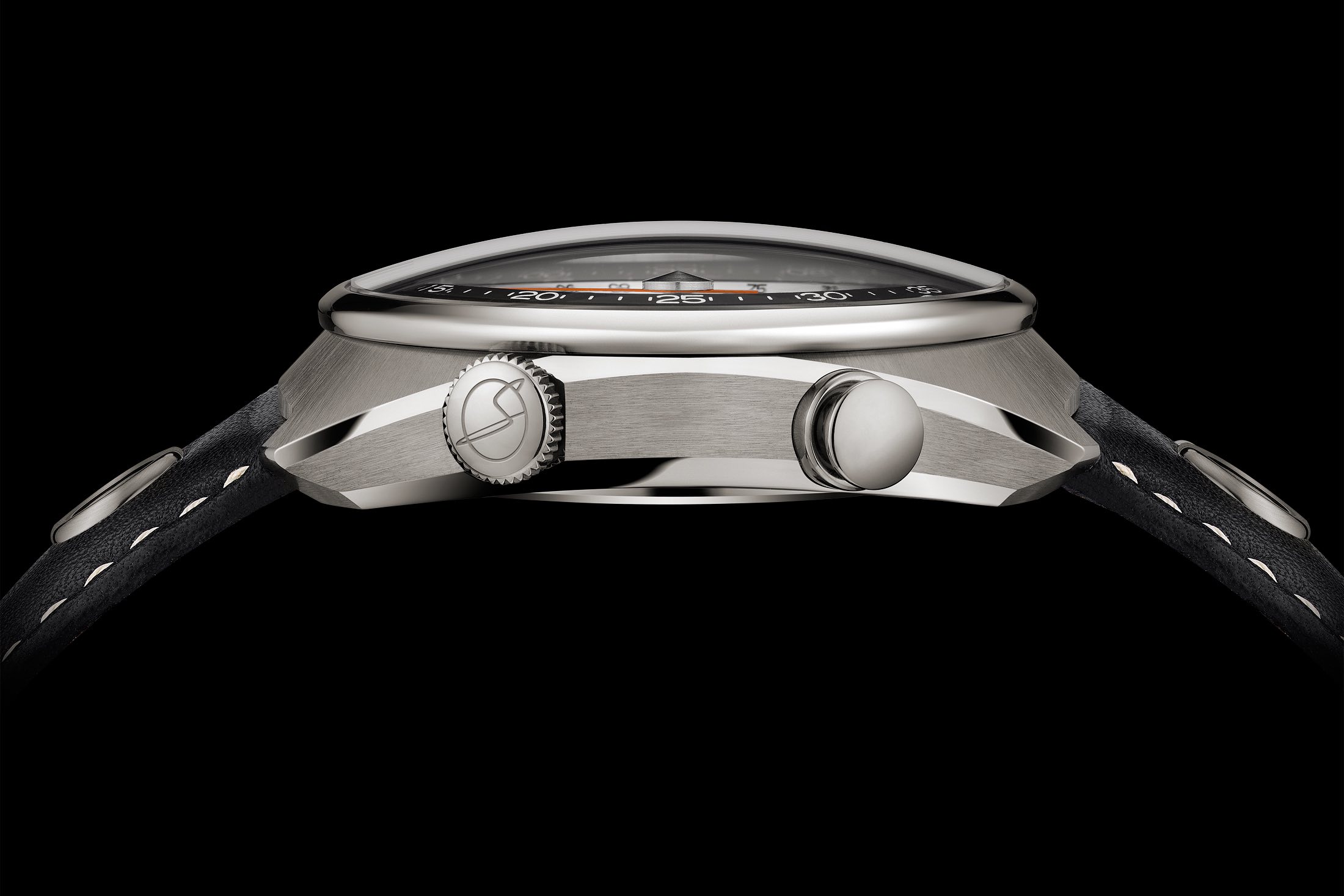 The Track 1 model has some features that differentiate it from ordinary chronographs. Perhaps the most important of all is about the order of its functions as the priority is in the chronograph feature rather than the time display function.

All sub-counters of the model’s chronograph function are positioned in circular form and on the same axis. The hours and minutes are also displayed by chapter rings. 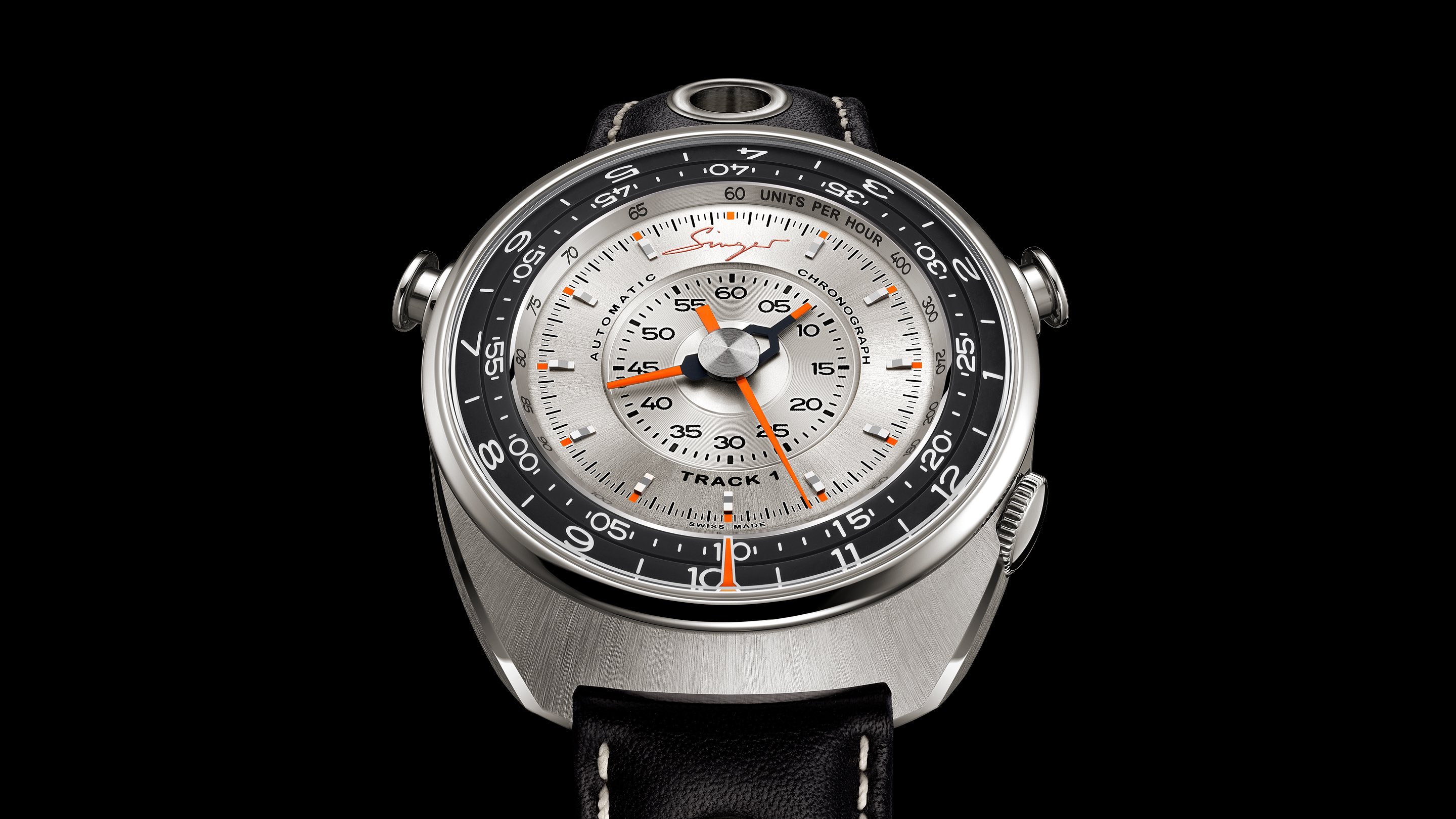 Designed with the principle of "3x60", the chronograph function is read from the silver colored part at the center of the dial. The hours, minutes and seconds are displayed in Jumping Hour style. On the outer edge of the dial is the tachymeter scale, and right beside the 60-second scale marked with orange accents and an orange seconds hand. The innermost scale is for both hours and minutes, each indicated by an orange-tipped hand. 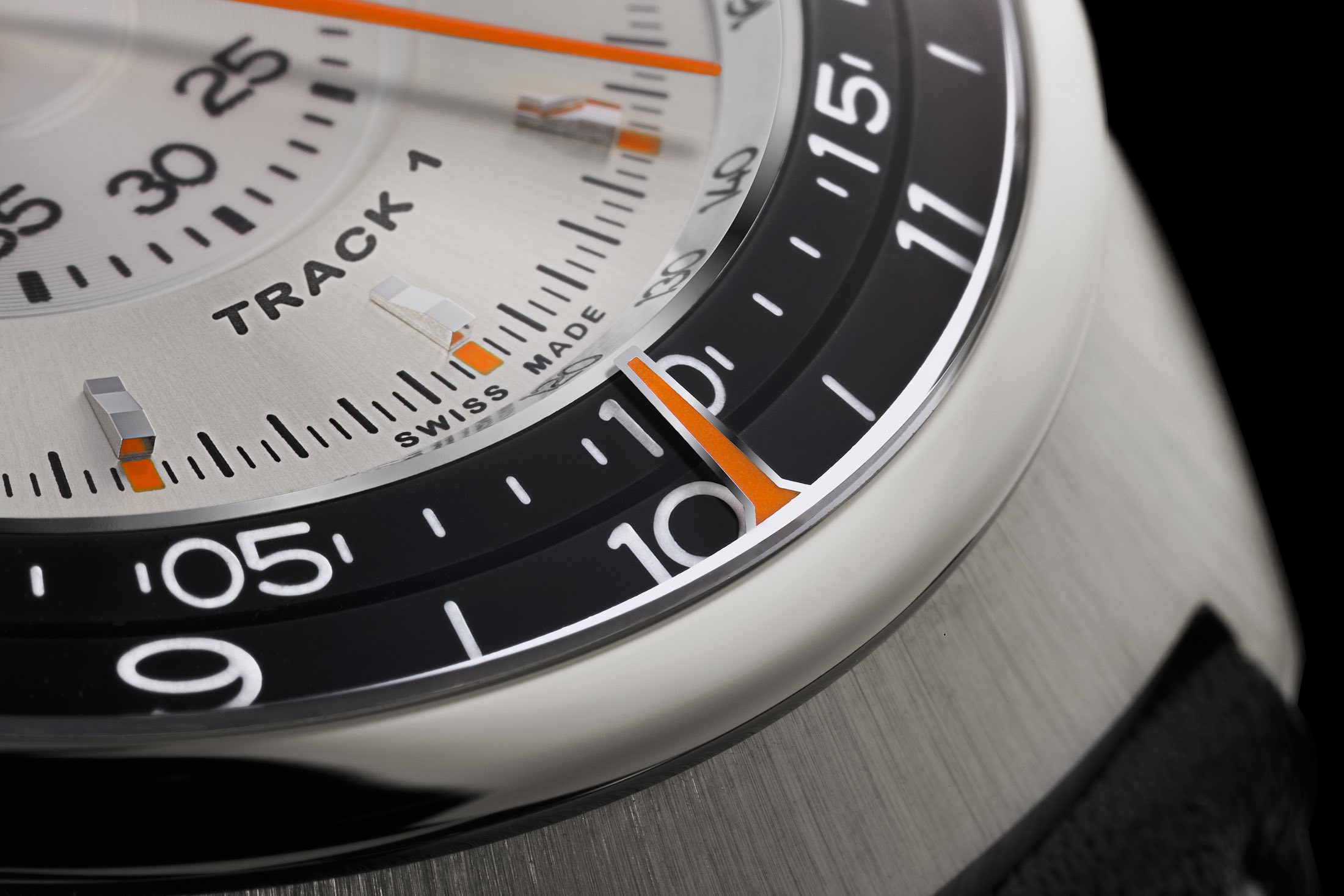 Behind this interesting and somewhat complicated reading style of the model is the AgenGraphe Caliber Ref. 6361 mechanisms. The movement, which had a 10 years R&D process behind, was first introduced in the Faberge Vissionnaire Chronograph at the beginning of this year.

AgenGraphe, which is quite different from the traditional movements as the chronograph mechanism is placed in the center of the movement, is based on the system that Agenhor uses in other chronograph models. The design, which places components such as barrel and gear train around the chronograph mechanism, allows creating a column wheel, vertical clutch chronograph with a 60 hours power reserve. Each of the hours, minutes and seconds counters work in Jumping Hour style thanks to their exclusive special spring systems. Each counter has its own snail-type cam so that the chronograph can perform the zeroing function. Let’s also add that this original system consists of 477 different pieces - almost twice as much as a standard chronograph. 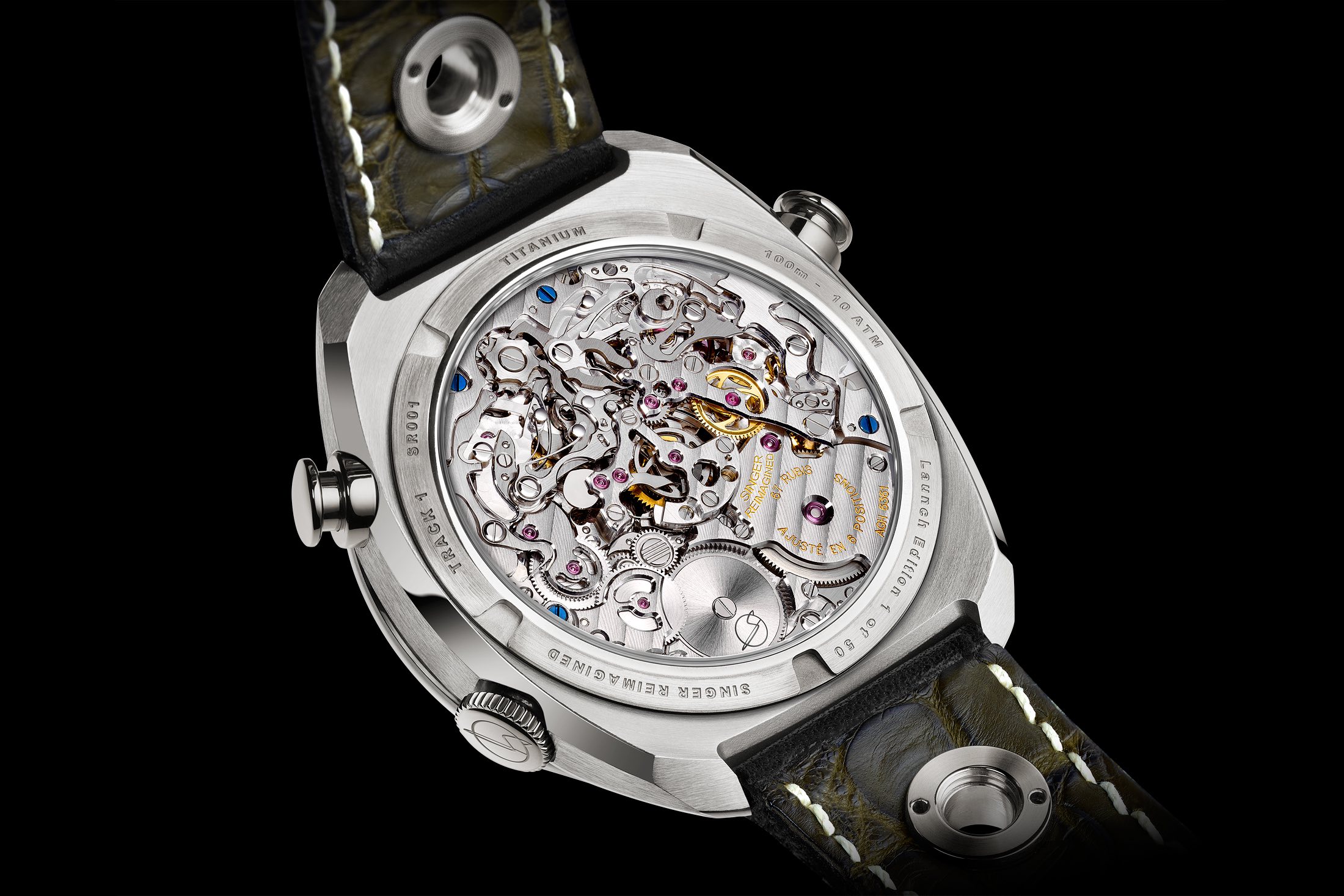 The Singer Reimagined Track 1 Chronograph comes on a perforated black calf leather strap with contrast white stitching and a titanium buckle. The model is produced with a limited edition of 50 units and it is offered with a MSRP of CHF 39.800,00. 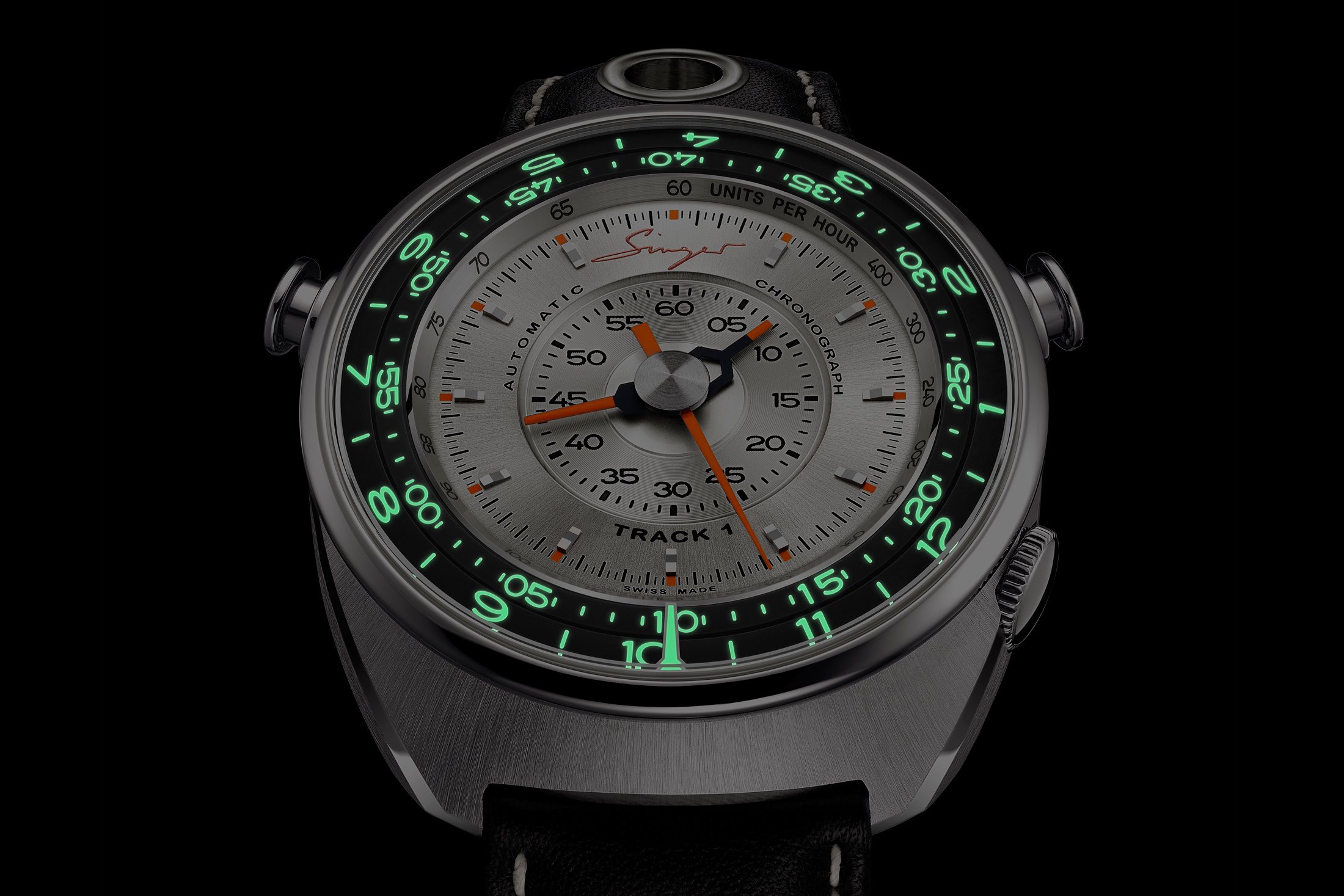