The Carrera Chronograph Tourbillon model that was presented to the world of watches by TAG Heuer and attracted a great deal of attention with its relatively “approachable” price tag, is re-introduced with a new model featuring the Tête de Vipère certificate and an updated color combination.

The diameter of the case that is made of blue ceramic unlike the previous models remains the same at 45mm. The blue tones that are dominant throughout the model are also found on the movement parts as well as the bezel and the lugs. The case, which came out as a very light but durable structure thanks to the use of titanium and ceramic, is equipped with sapphire crystals on both sides and is water resistant to 100 meters. 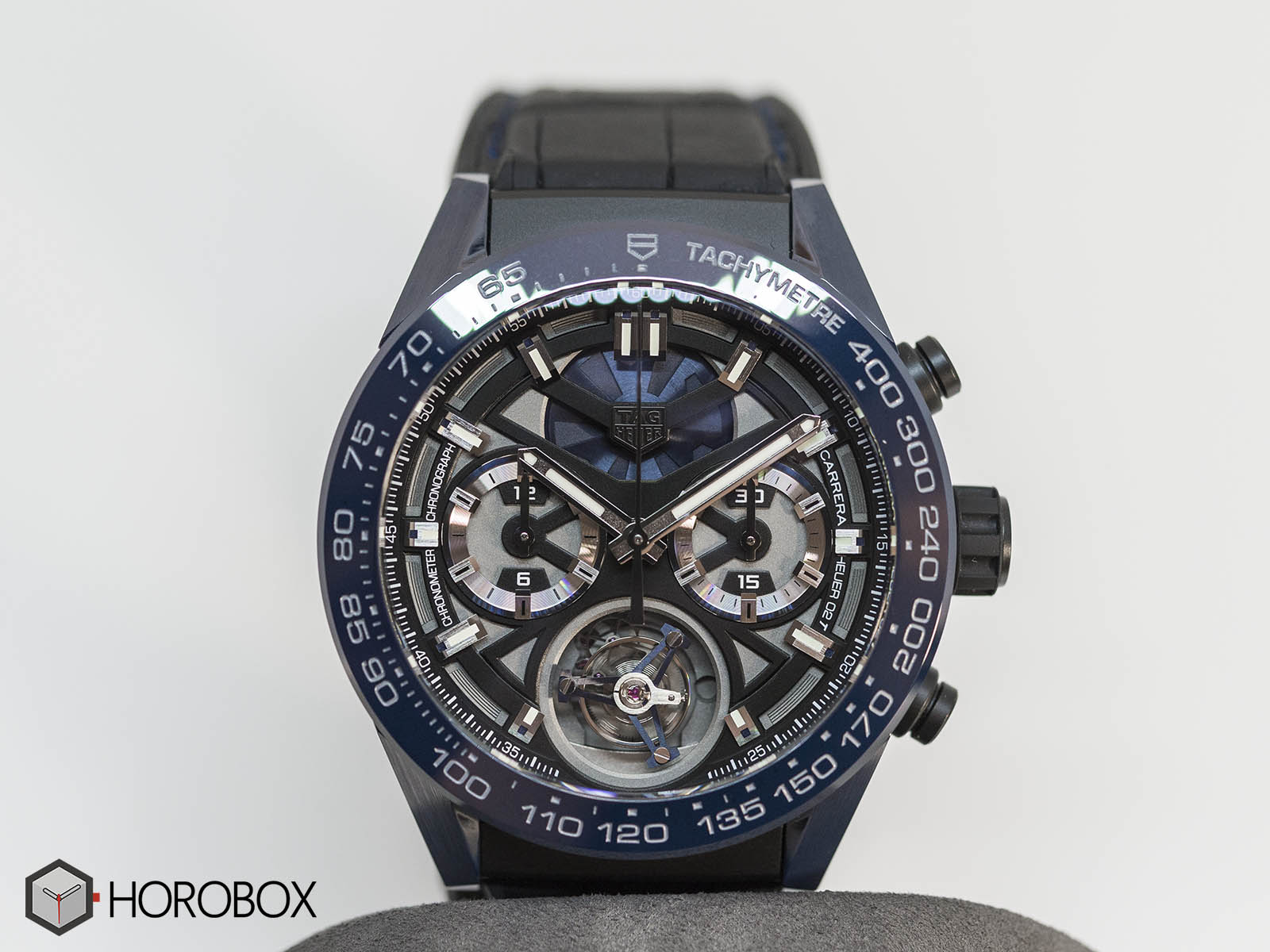 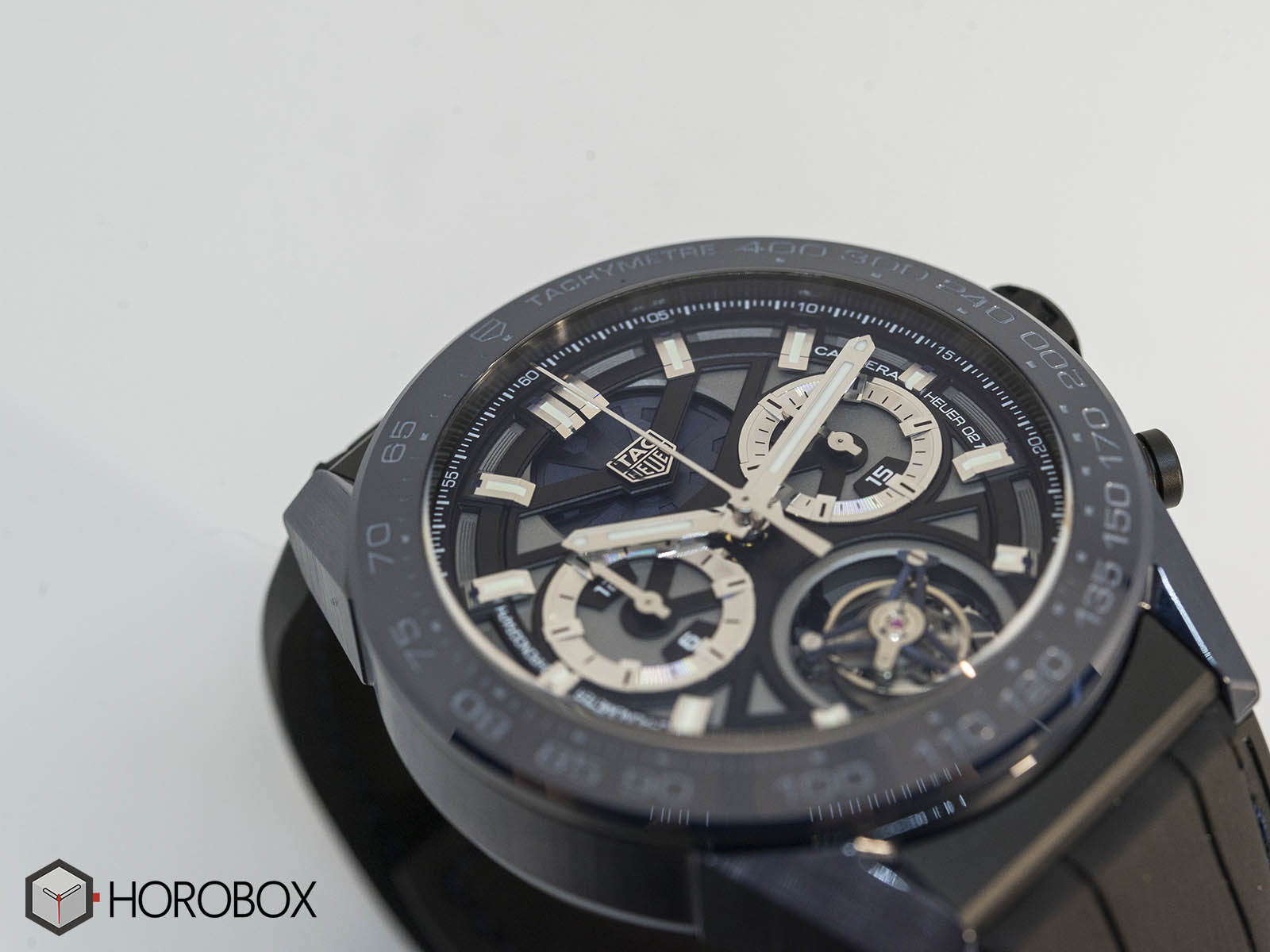 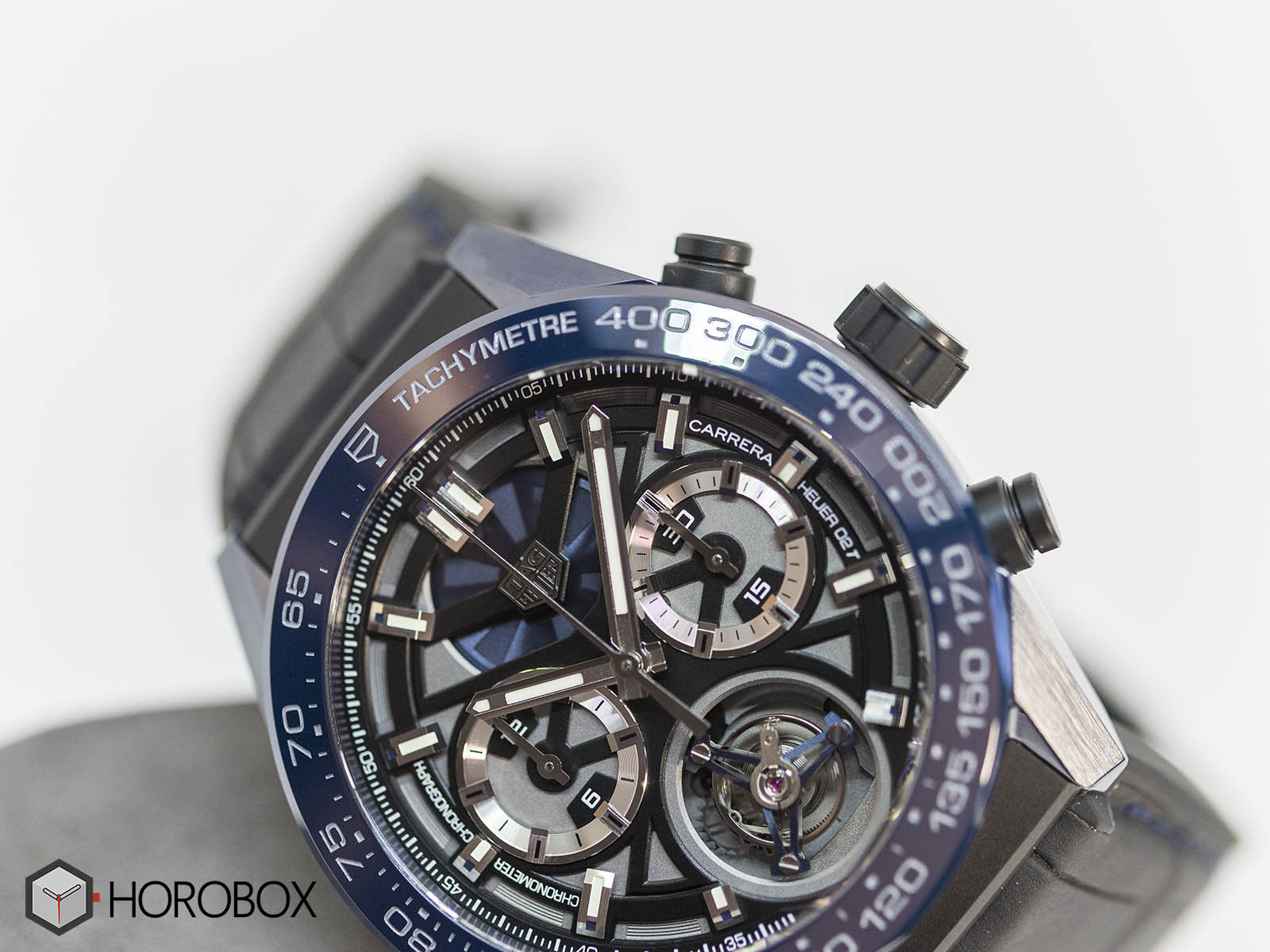 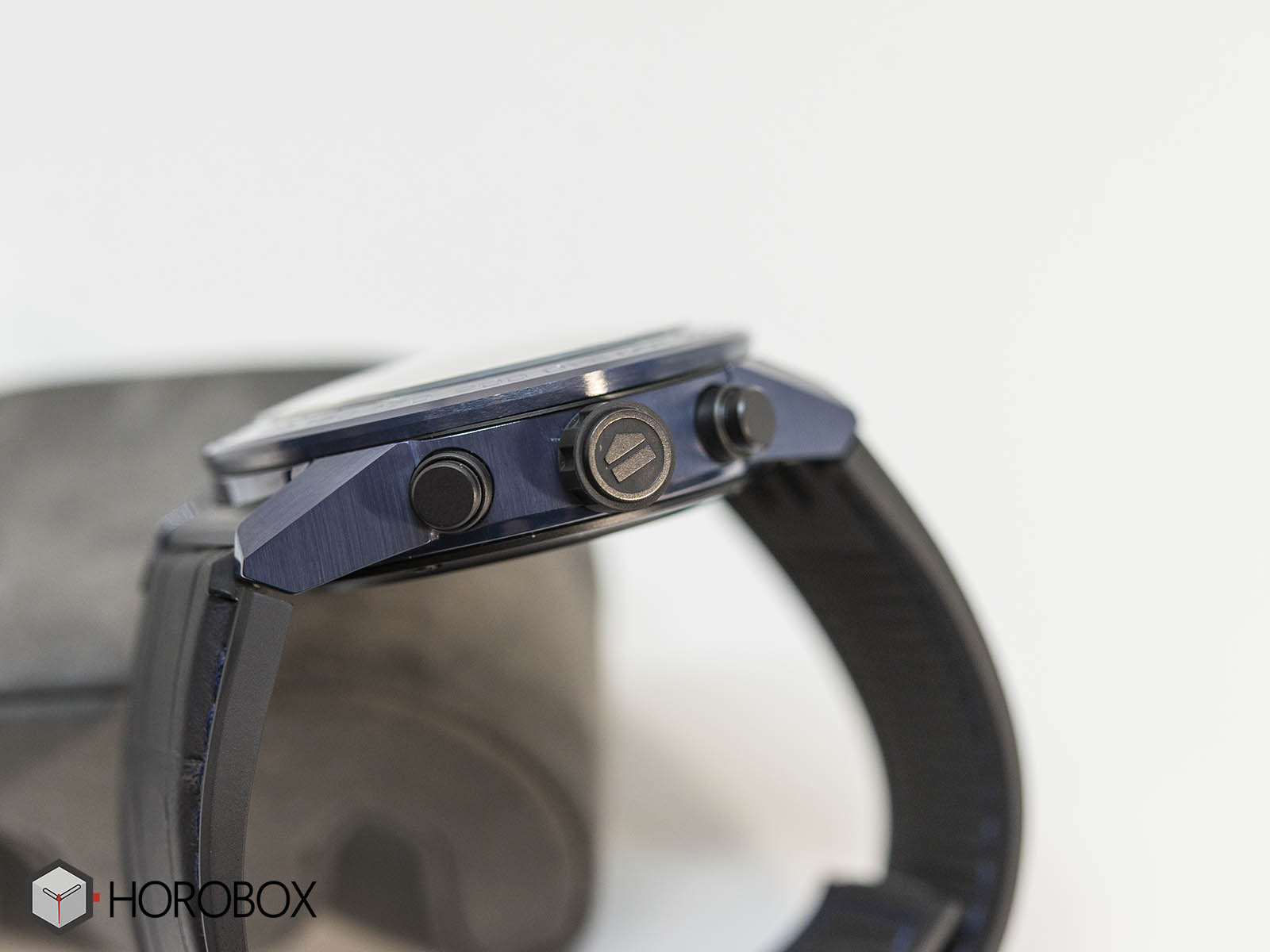 The dial features an hour counter at 9 o’clock, a minute counter at 3 o’clock and a one-minute Tourbillon at 6 o’clock. Despite being equipped with a less-technological Tourbillon escapement when compared to its rivals, the model is still classified under high-complications sections. 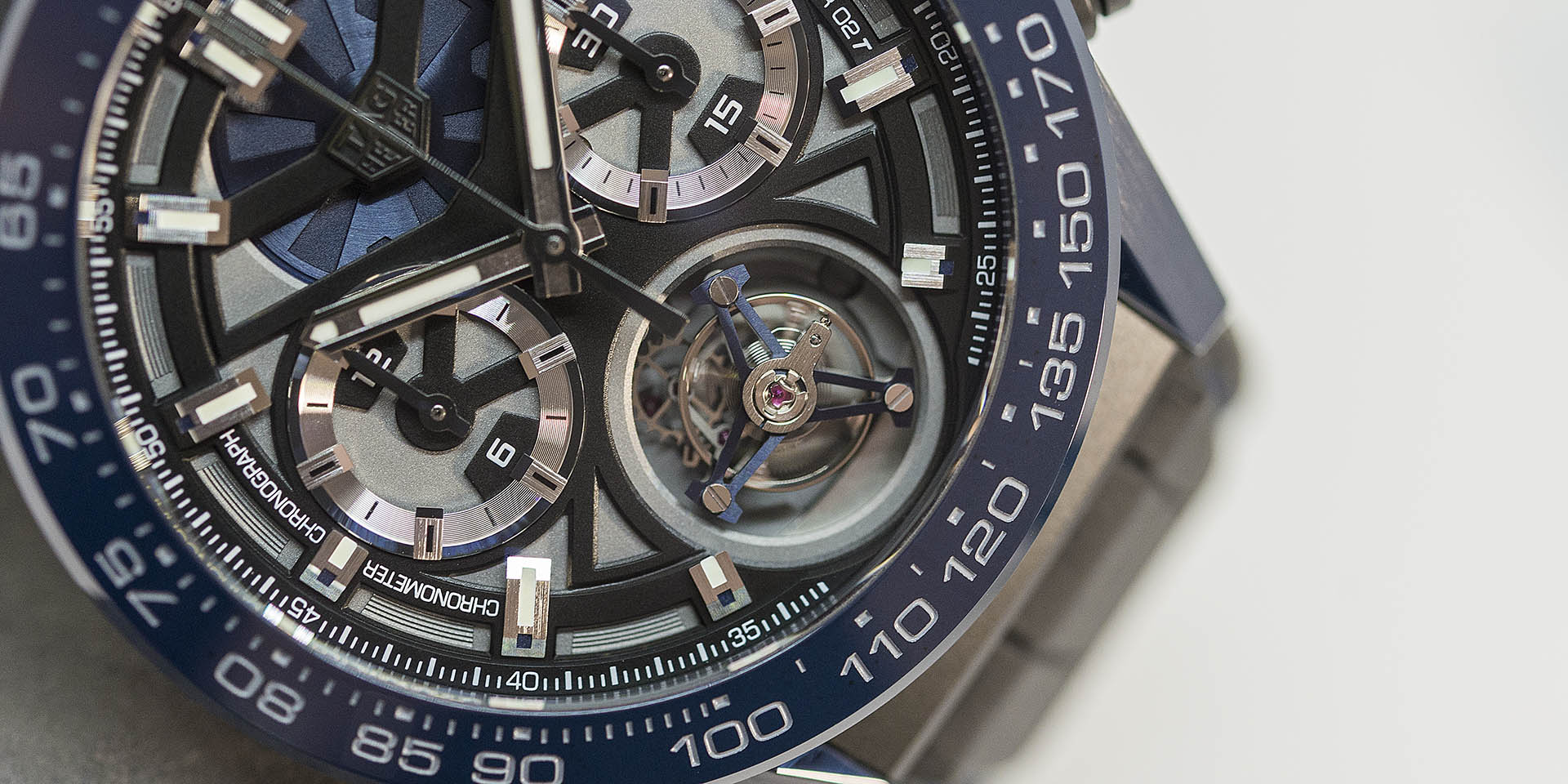 The main difference of the TAG Heuer Carrera Chronograph Tourbillon Chronometer: Tête de Vipère model is in its movement. The Besançon Observatory (founded 1897) goes through a radical change in 2006, taking the certification system a few steps further and developing the Tête de Vipère standard. The timepieces that are approved by the Tête de Vipère Certification after a 16 days process which has been completed by 500 timepieces only up to now, proves their perfection in terms of accuracy and production technologies. 33 jewels self-winding manufacture movement beats at a frequency of 4Hz (28.800vph) and offers 65 hours of power reserve when fully wound. 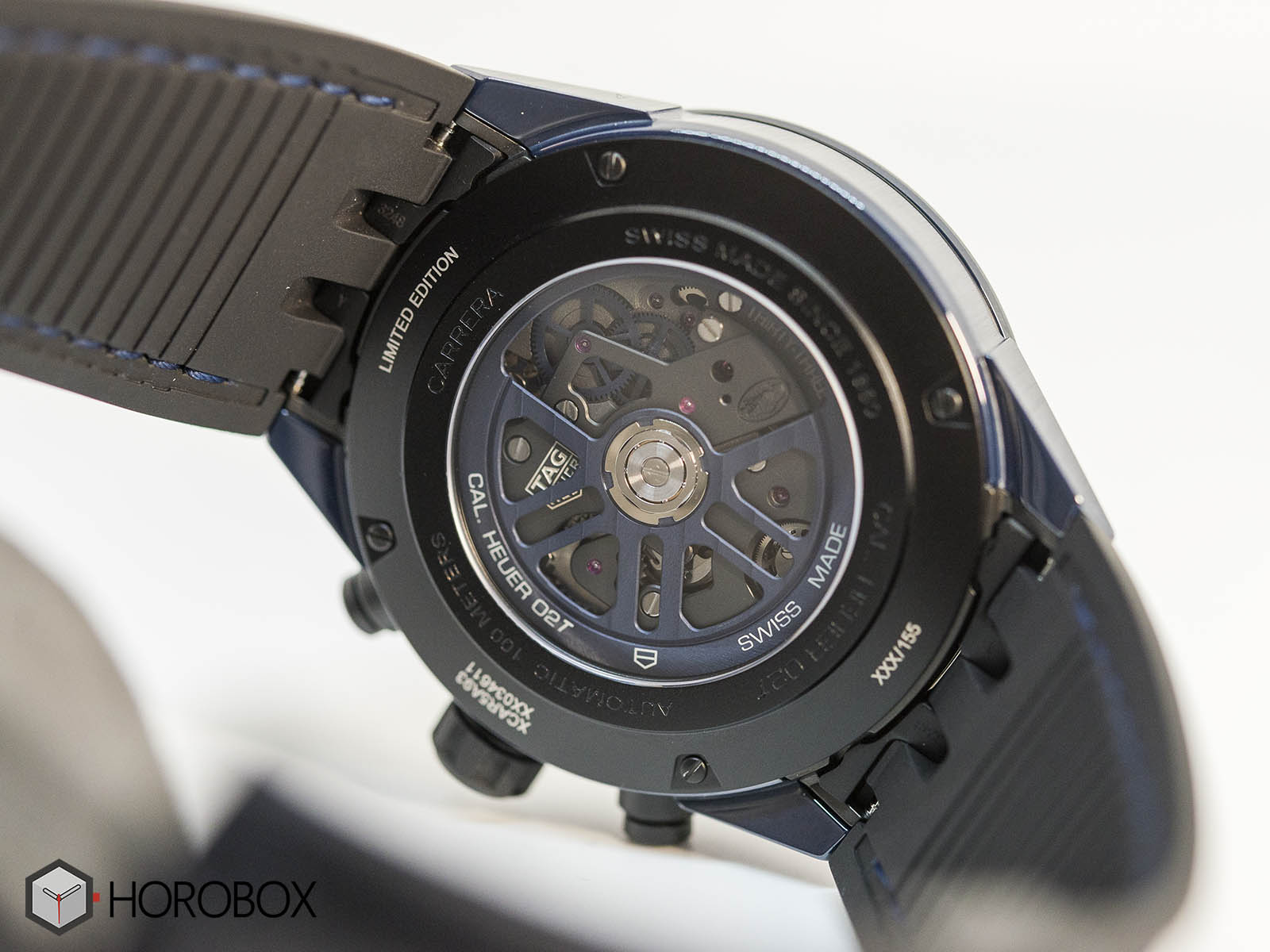 The new model is offered on a rubber-lining black crocodile strap that is secured by a titanium folding clasp. 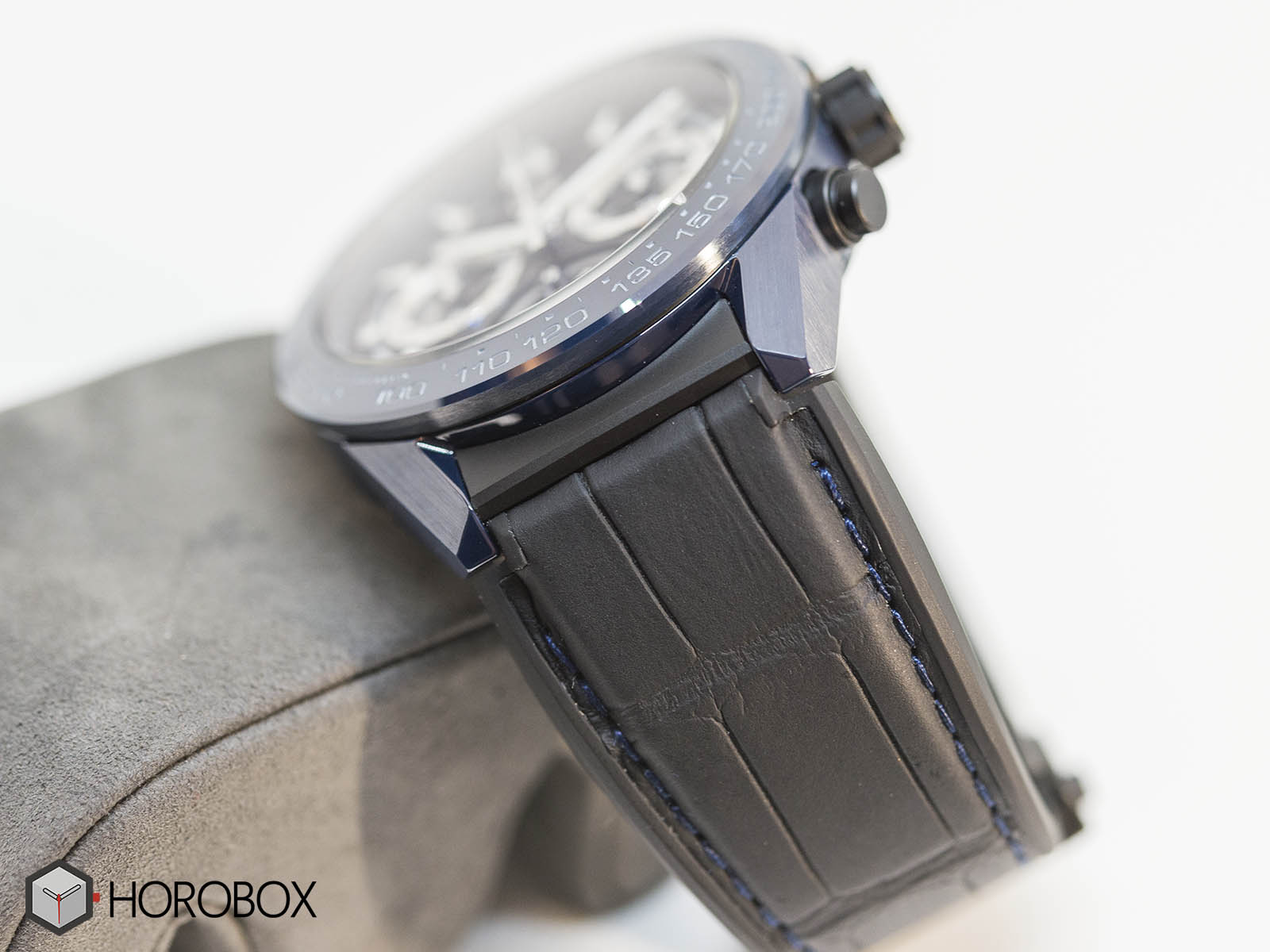 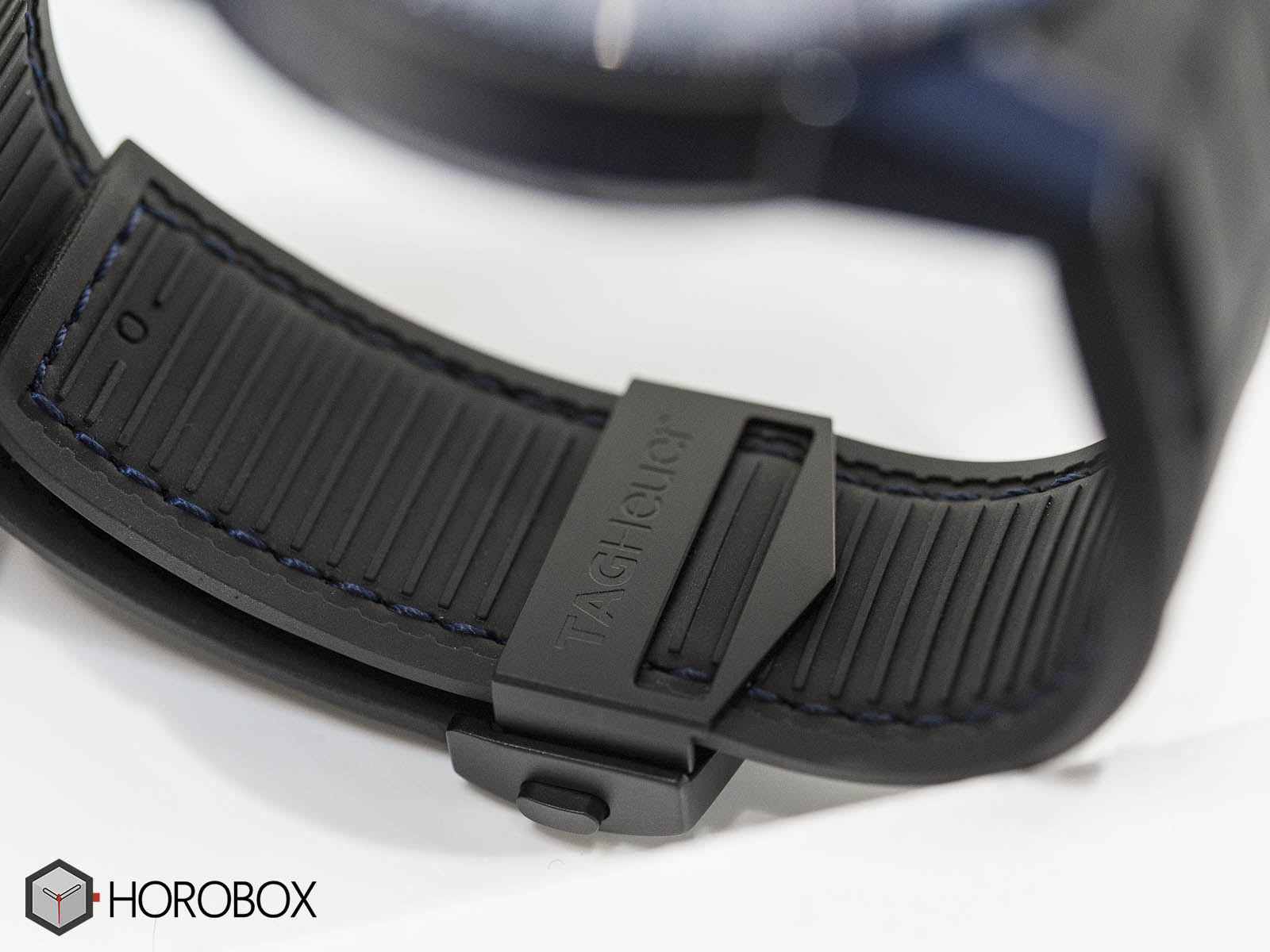 The new TAG Heuer Carrera Chronograph Tourbillon Chronometer, which will be offered with a limited span of 155 units, will be available in the upcoming months. 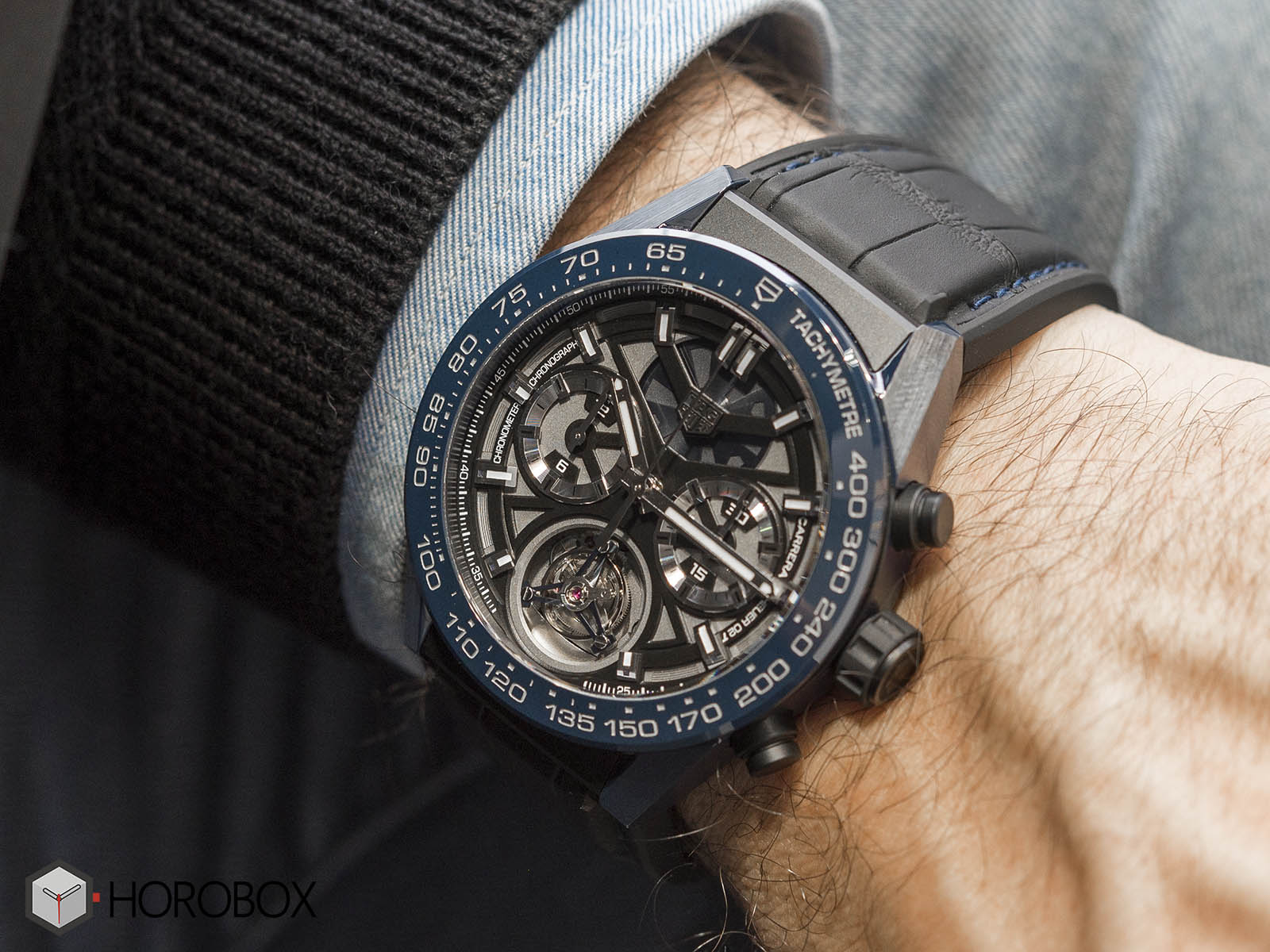