With only 100 pieces produced, the TAG Heuer Carrera Mikrograph chronograph is classic in style, with a white lacquered dial, painted numerals and a design inspired by the sports chronometers of the era.

Its Carrera type case is supplied with a table support or fixed to a dashboard: both a watch and a timekeeping instrument. 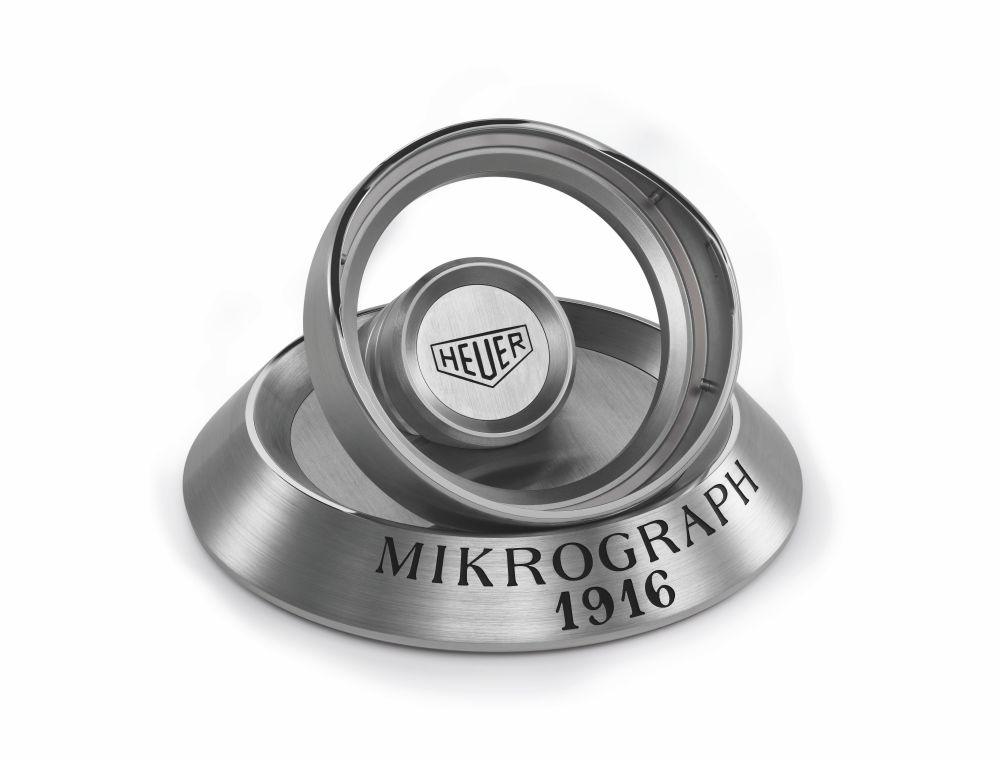 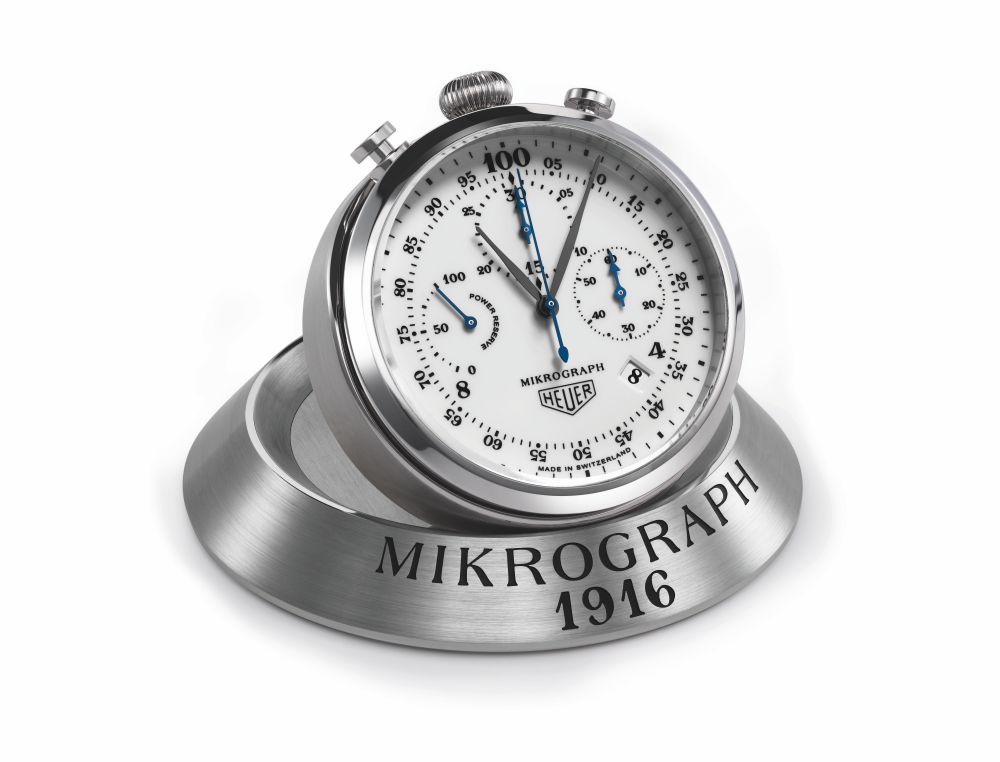 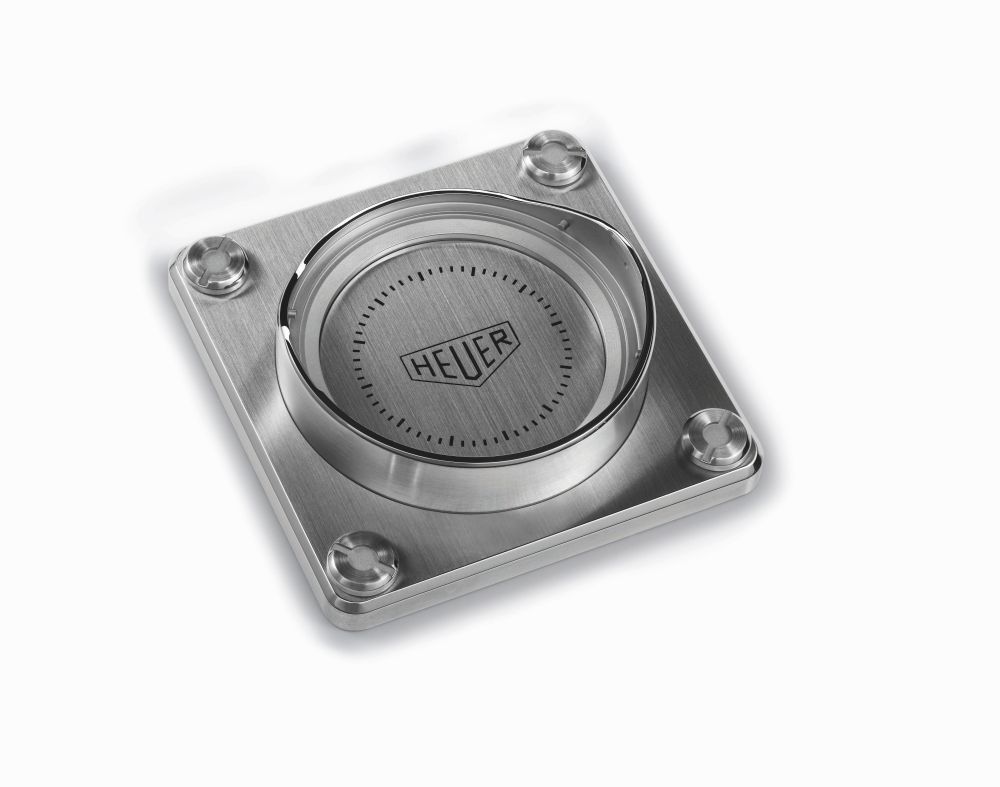 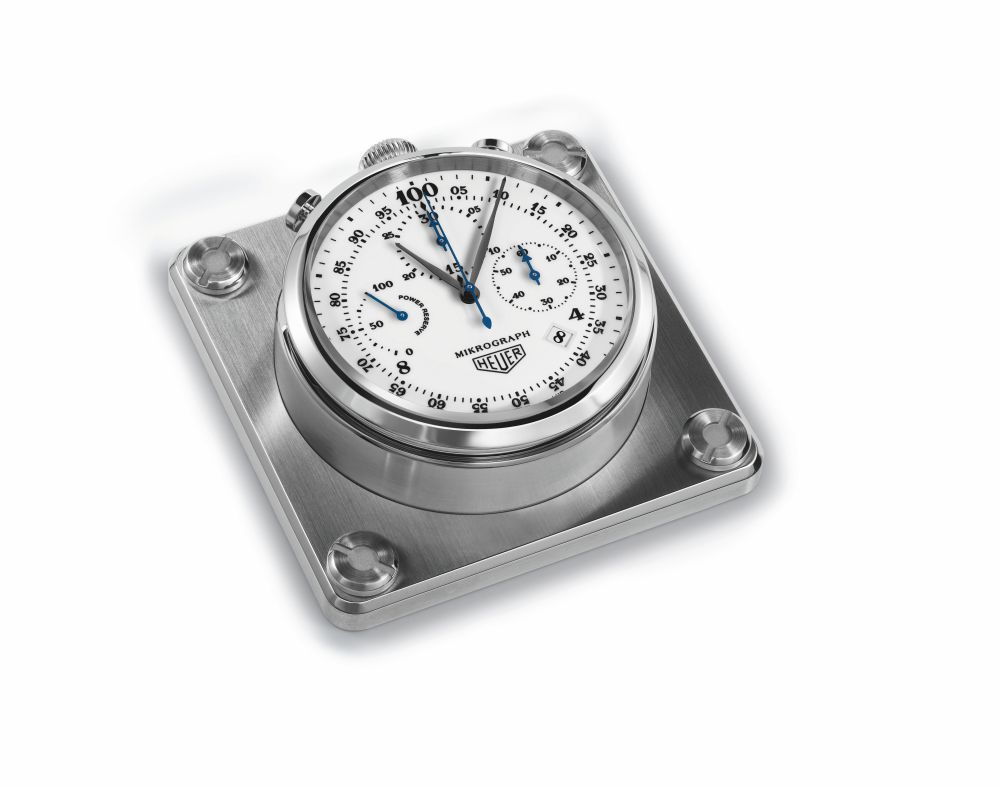 An automatic chronograph displaying 1/100 of a second via a central hand, invented by Heuer in 1916 (11 patents). 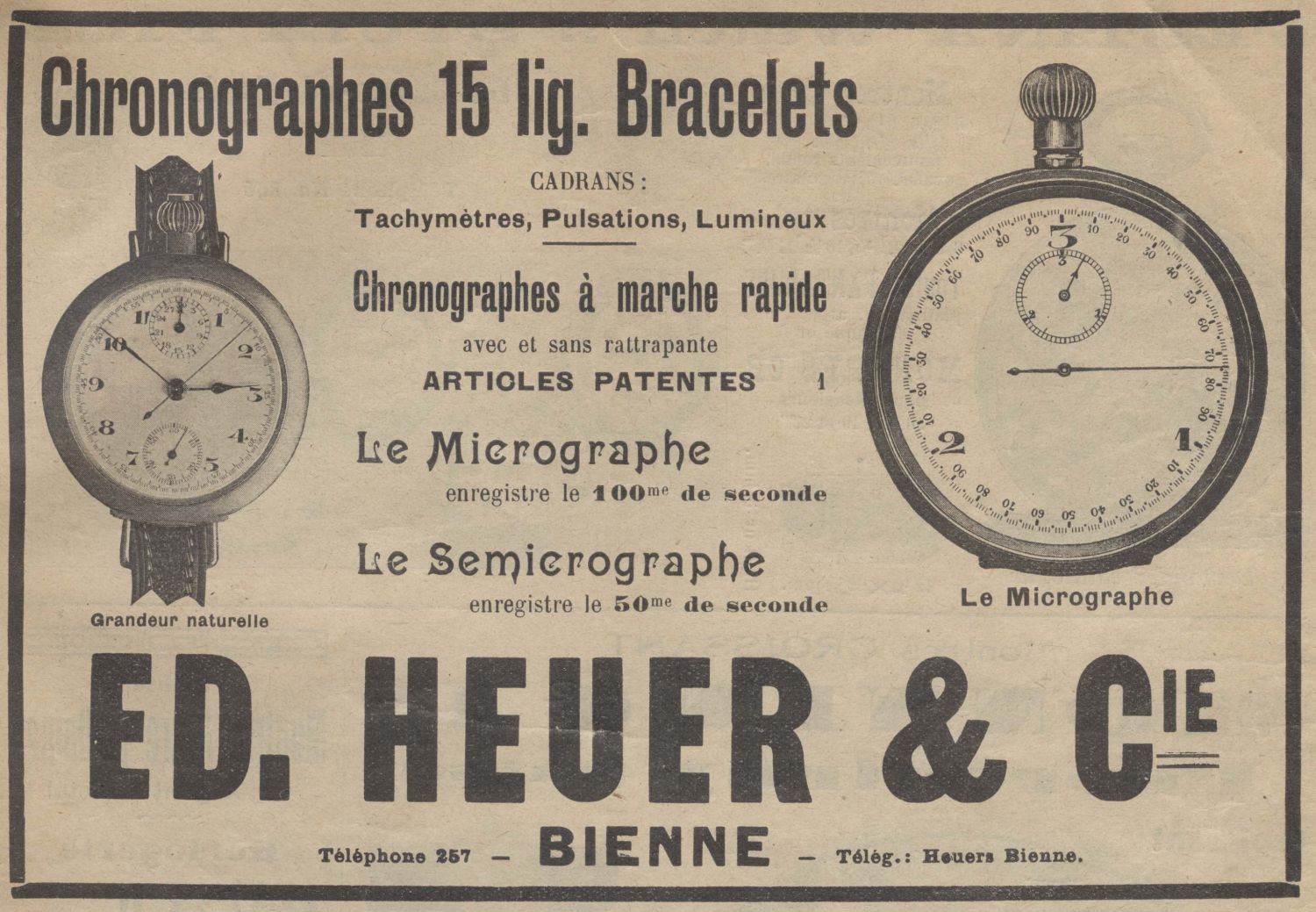 Two escapements oscillating at 28,800 vibrations/hour for the watch and 360,000 for the chronograph.

A vintage design inspired by the sports chronometers of the era.

Three removable supports: a TAG Heuer Carrera case, a table support or base for fixing to the dashboard of a classic car.

A robust and practical technical instrument

The new TAG Heuer Carrera Mikrograph represents the alliance of revolutionary technology and functional design seen in the sports timekeeping instruments of the 1920s.

Accurate. Legible. Robust. The large spherical ridged crown at 12 o’clock, framed by the characteristic "mushroom" push-pieces, is reminiscent of the earliest Heuer counters. 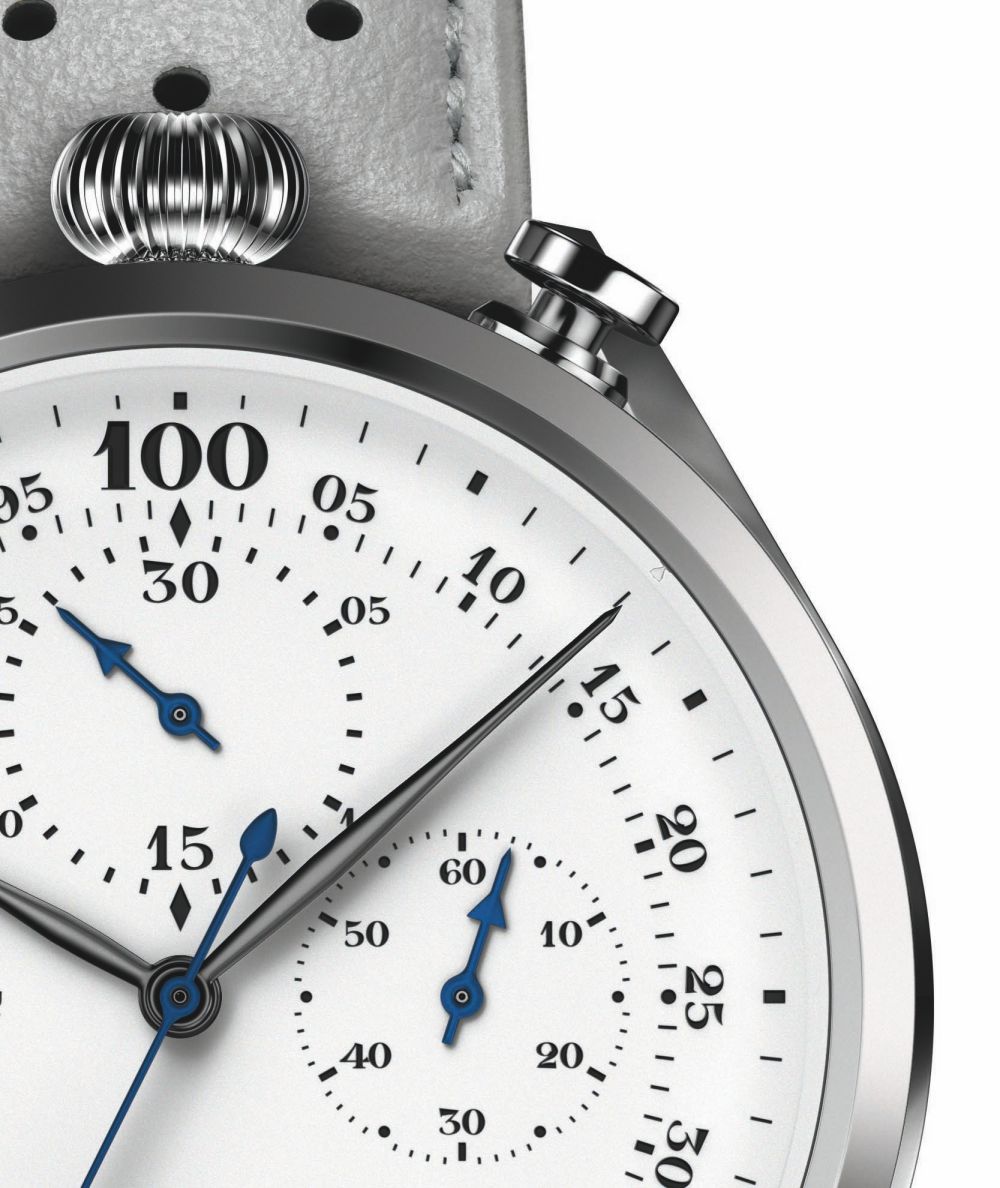 The white lacquered dial sports black painted numerals and indices, a vintage Heuer logo and the inscription "Made in Switzerland", faithfully configured as on the original model. Optimal legibility.

Legibility is enhanced by the blued steel hands for the chronograph indications, with a tear drop shaped counterweight on the minute hand and an arrow on the counter hands. Rounded leaf-shaped hour and minute hands typical of the Roaring Twenties. A display at once utilitarian and oozing authentic retro charm. A look at the history of the Mikrograph. 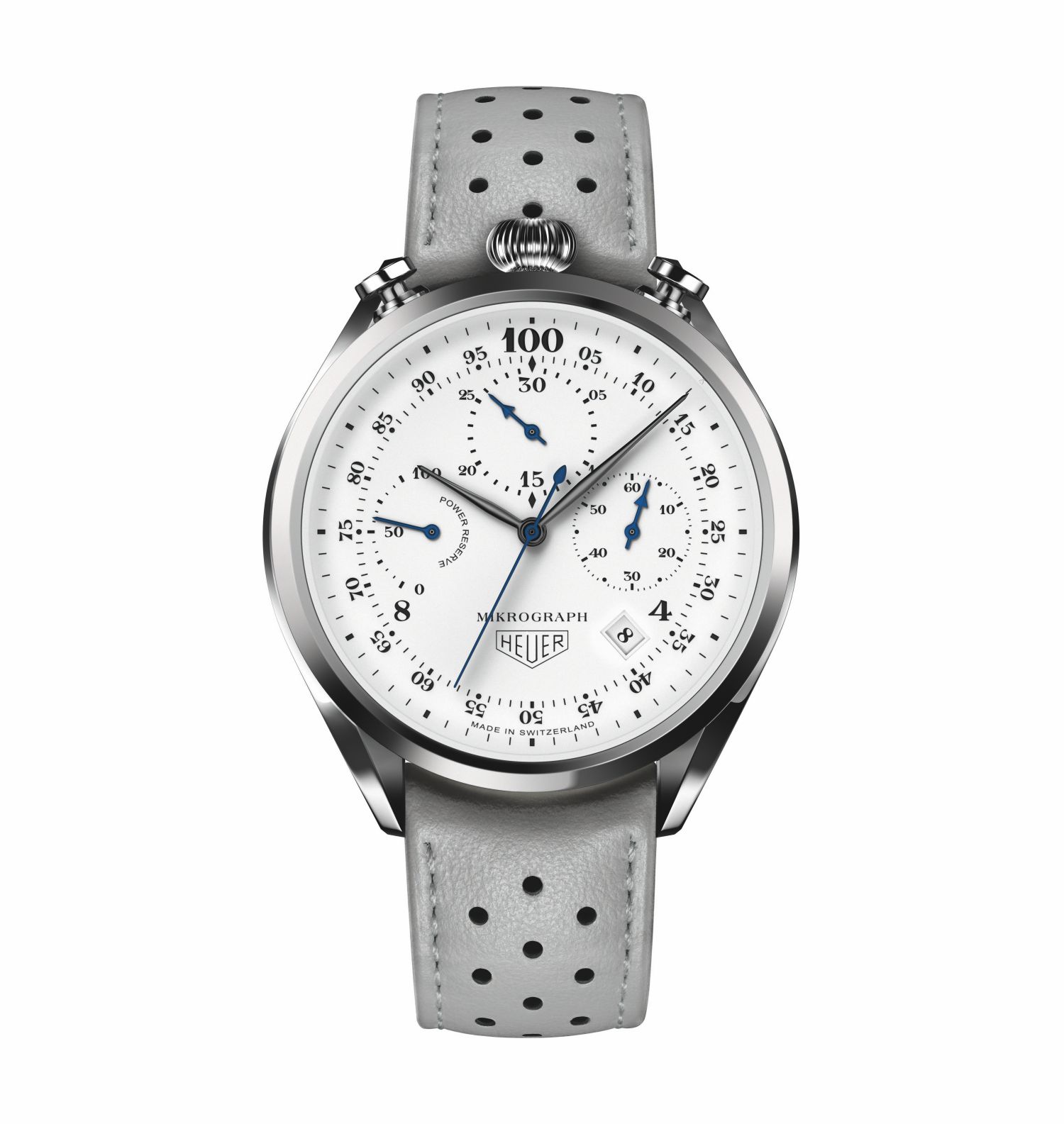 Mikrograph (1916): chasing the hundredth of a second

It all began when a visionary boss set his technical team a challenge. In 1914, Charles-Auguste, son of Edouard Heuer, asked his employees to design "a counter 5 to 10 times more accurate than anything currently in existence". 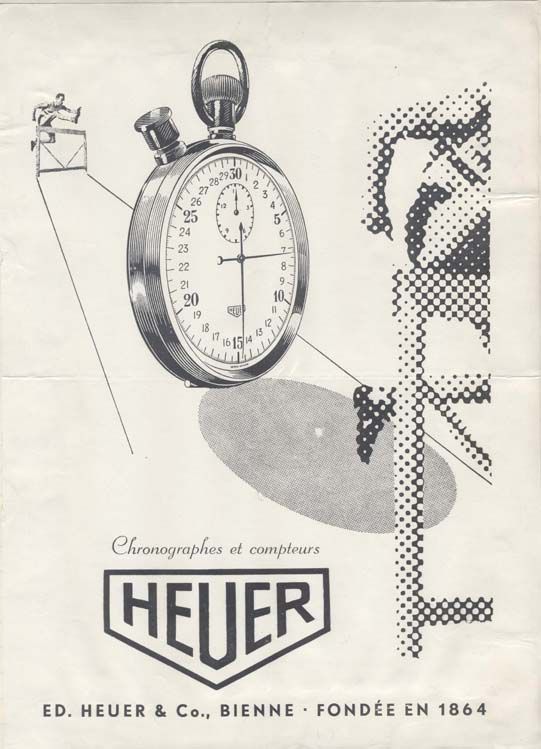 At the time, the race for accuracy was intensifying in the field of sports timekeeping. A year later, the first prototype appeared. The result exceeded all expectations: an oscillation and escapement system vibrating 360,000 times per hour, in other words, accuracy to 1/100 of a second.

Two patents for the chronograph mechanism were filed for 20 years. At the same time, Charles-Auguste Heuer requested the development of the 1/50 of a second - 5 to 10 times more accurate than the standard of the time. And so, in 1916, the Mikrograph, the Microsplit, the Semikrograph and the Semicrosplit were born. These were the world’s first mechanical counters accurate to 1/100 and 1/50 of a second. Revolutions in science, industry and watchmaking, these developments led to Heuer’s appointment as the official supplier of chronographs to the Olympic Games in Antwerp (1920), Paris (1924) and Amsterdam (1928). Thousands of Mikrographs were produced until 1969. The fruit of unique expertise, this movement, which vibrates at an astonishing speed, was used in particular for timekeeping in bob-sleigh and greyhound races.

The anniversary edition TAG Heuer Carrera Mikrograph vibrates at the speed of a unique manufacture movement first unveiled to the world in 2011: the TAG Heuer Calibre Mikrograph 1/100 second. The first mechanical chronograph with integrated column wheel displaying 1/100 of a second using a central hand. 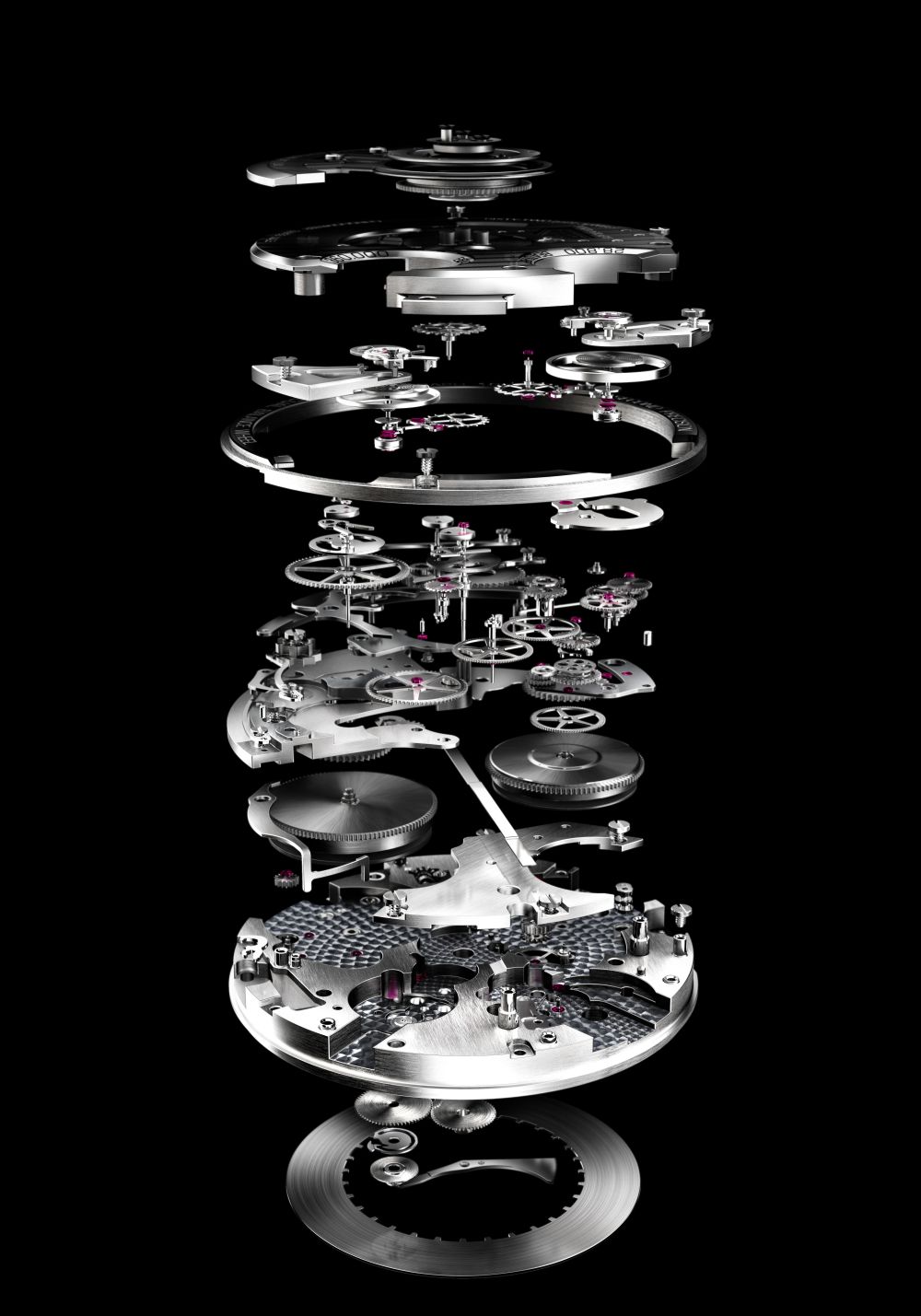 Protected by 11 patents, this 480-component calibre incorporates two mechanisms: one for the time, the other for the chronograph. Each has its own barrel and transmission and escapement system. The first, for the watch (hours, minutes, small second and date), oscillates at a frequency of 28,800 vibrations per hour (4Hz), and has a power reserve of 42 hours. The second, with an autonomy of 90 minutes, controls the 1/100 second chronograph.

Thanks to a dynamic compensation system, it achieves a frequency of 360,000 vibrations per hour (50 Hz) and a dizzying rotational speed of one second per revolution. The "normal frequency" and "high frequency" kinematic chains are independent, guaranteeing unrivalled accuracy and timekeeping by preventing the chronograph from affecting the operation of the watch and reducing energy loss.

In addition to its remarkable timekeeping performance, this automatic bidirectional calibre features hours, minutes, a power reserve indication at 9 o’clock, a date window at 4:30, a central 1/100 second chronograph hand, a chronograph 30-minute counter at 12 o’clock and a seconds counter at 3 o’clock. 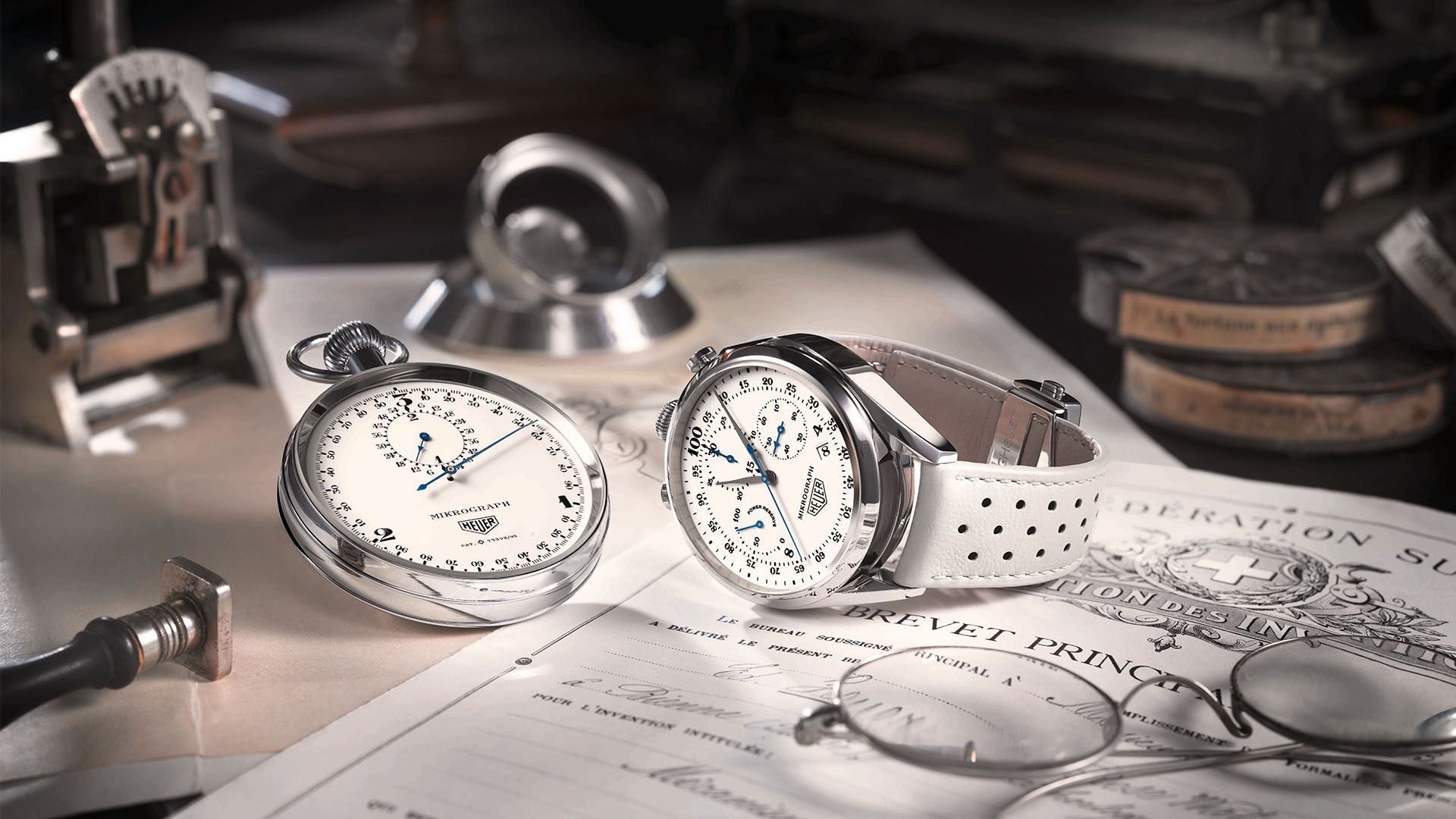 One movement; a choice of three supports. A watch and a chronograph combined, the TAG Heuer Carrera Mikrograph is a modular model. Thanks to an ingenious bayonet mounting system, it can be housed in a TAG Heuer Carrera case, placed on a table support or screwed onto a car dashboard. In its historical 12 o’clock position, the dome-shaped crown winds both the watch and the chronograph. Visible on the back, the oscillating weight arms only the barrel of the watch mechanism, while the chronograph is wound manually. The sapphire back of the case, which is water-resistant to 100 metres, reveals a titanium carbide-coated movement decorated with Côtes de Genève. 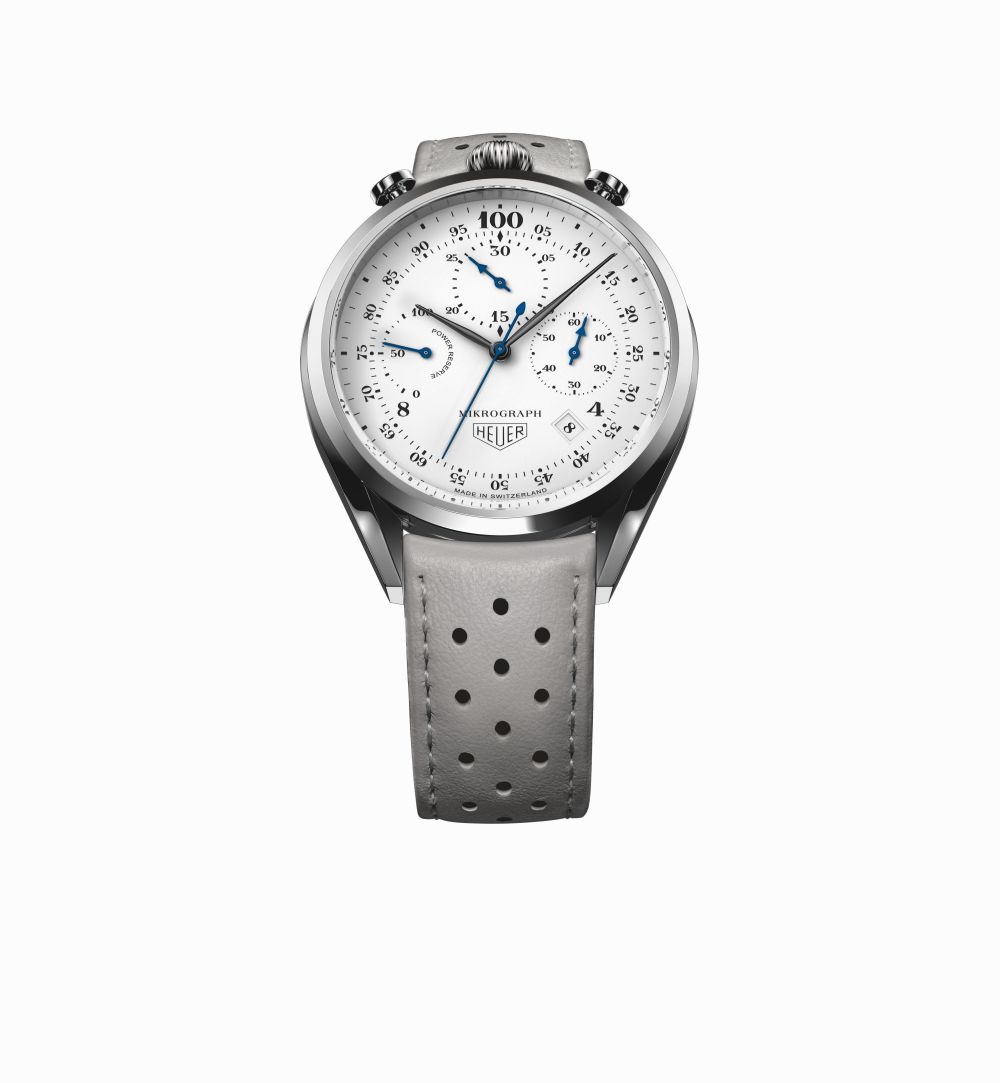 45 mm steel. Distinctive lug facets. The iconic Carrera lines extend to a grey perforated calfskin strap with a deployant buckle, Heuer logo and a security push-piece. The watch, its two supports and a plate stamped with Mikrograph Heuer come in a grey ash case with an Alcantara covering. And all at the very competitive price of less than CHF 20,000.