TAG Heuer introduced the first version of its new model family inspired by the original Heuer Monaco, at the Monaco - Formula 1 Grand Prix. 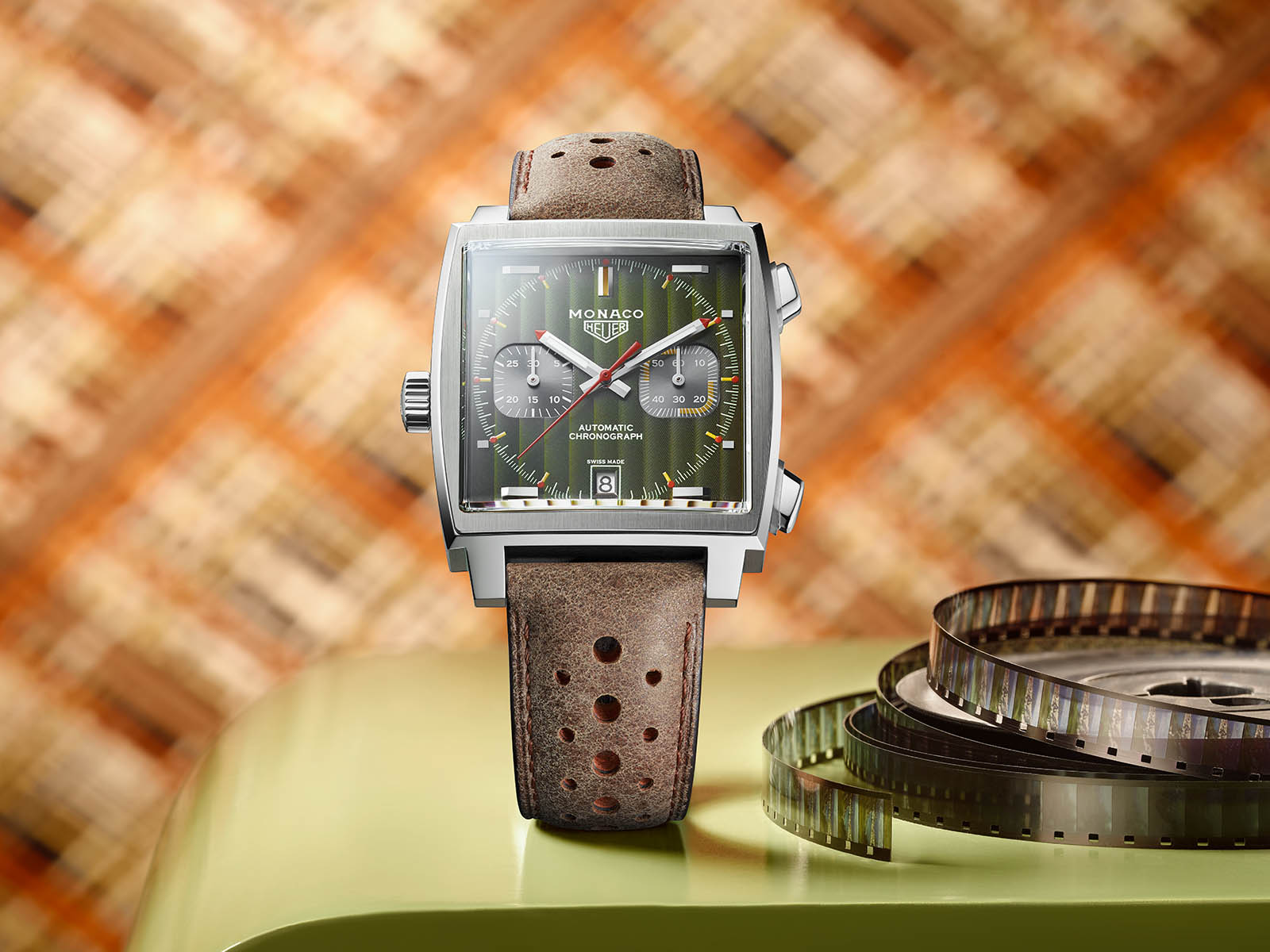 The recently ended Monaco Formula 1 Grand Prix attracted both racing and watch enthusiasts attention to the Old Town, also known as "Rock of Monaco." The race that was watched by the motorsports enthusiasts with great excitement also witnessed the 50th anniversary of TAG Heuer’s iconic model, Monaco.

It is impossible to see the connection between TAG Heuer and Monaco - Formula 1 Grand Prix. The iconic model, which was unique in every aspect back then, was named after this famous race. In addition, the brand has been the official timekeeper of this race since 2011. The world’s first water-resistant and automatic chronograph equipped model that was introduced in 1969, celebrated its 50th anniversary at the Key Largo Villa in Monaco with a new model inspired by the original. 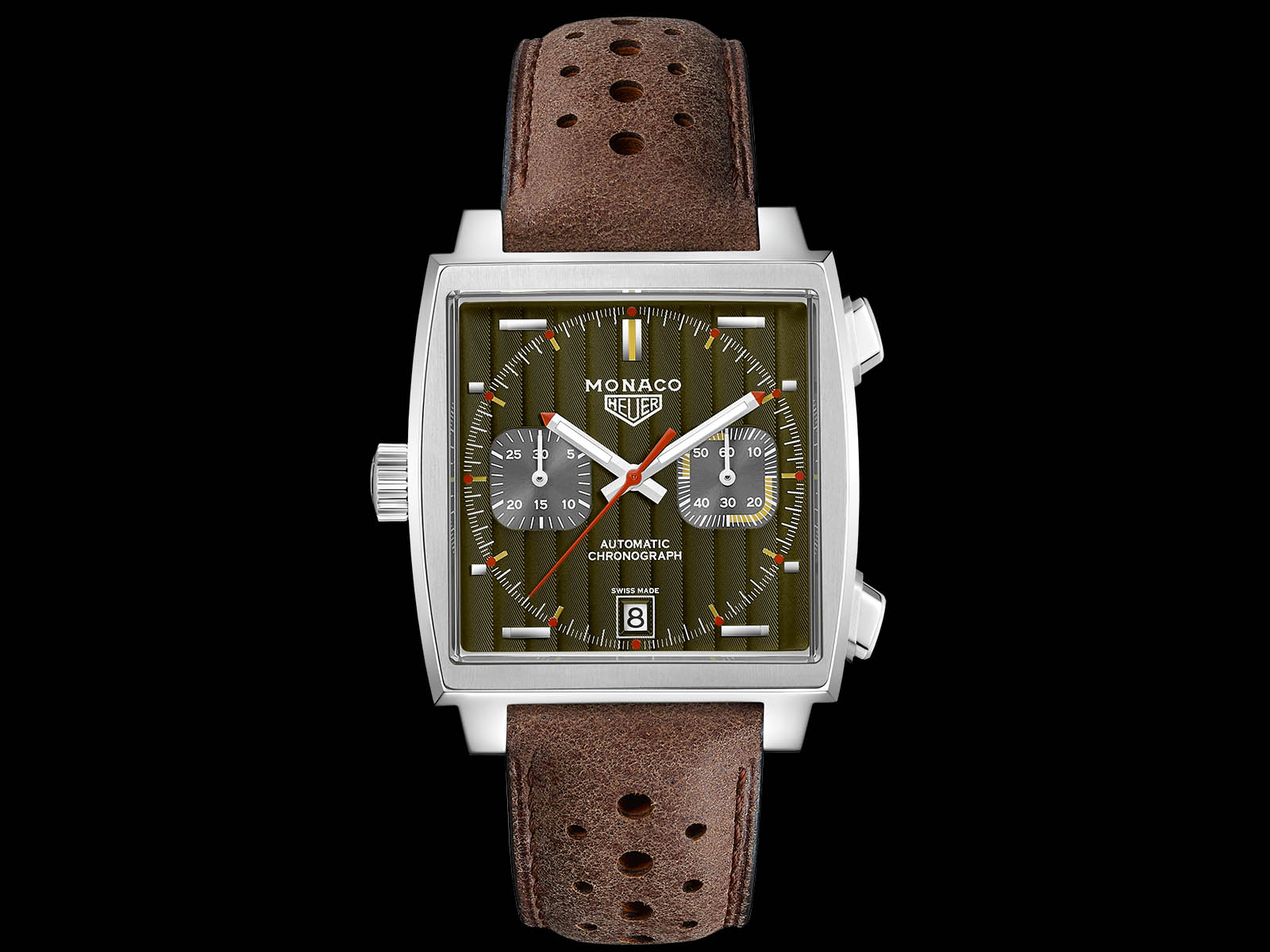 These five new versions of Monaco revive the characteristic trends and colors of every 10 years in the half-century history of the model. TAG Heuer Monaco 1969-1979 Limited Edition comes with a 39mm stainless steel square case. The polished steel crown is in the 9 o’clock position and the buttons in position 2 and 4 in accordance with the original version. The case is water resistant to 100 meters (10 bars) and is equipped with a solid case back decorated with “1969-1979 Special Edition” and “One of 169” inscriptions. 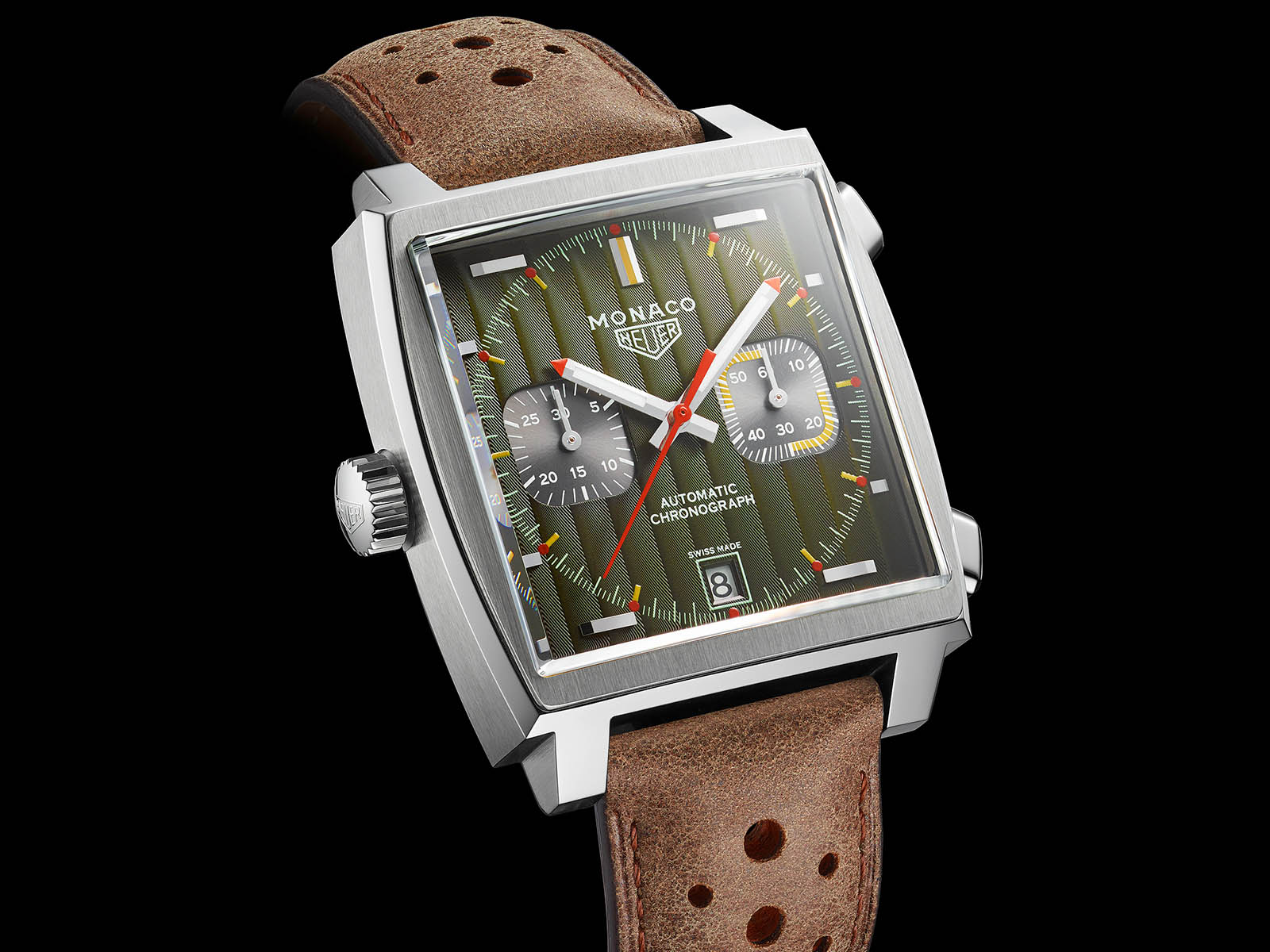 The model is powered by the Caliber 11 movement. The functions for the movement is time keeping, chronograph and date. Power reserve is 40 hours when fully wound. 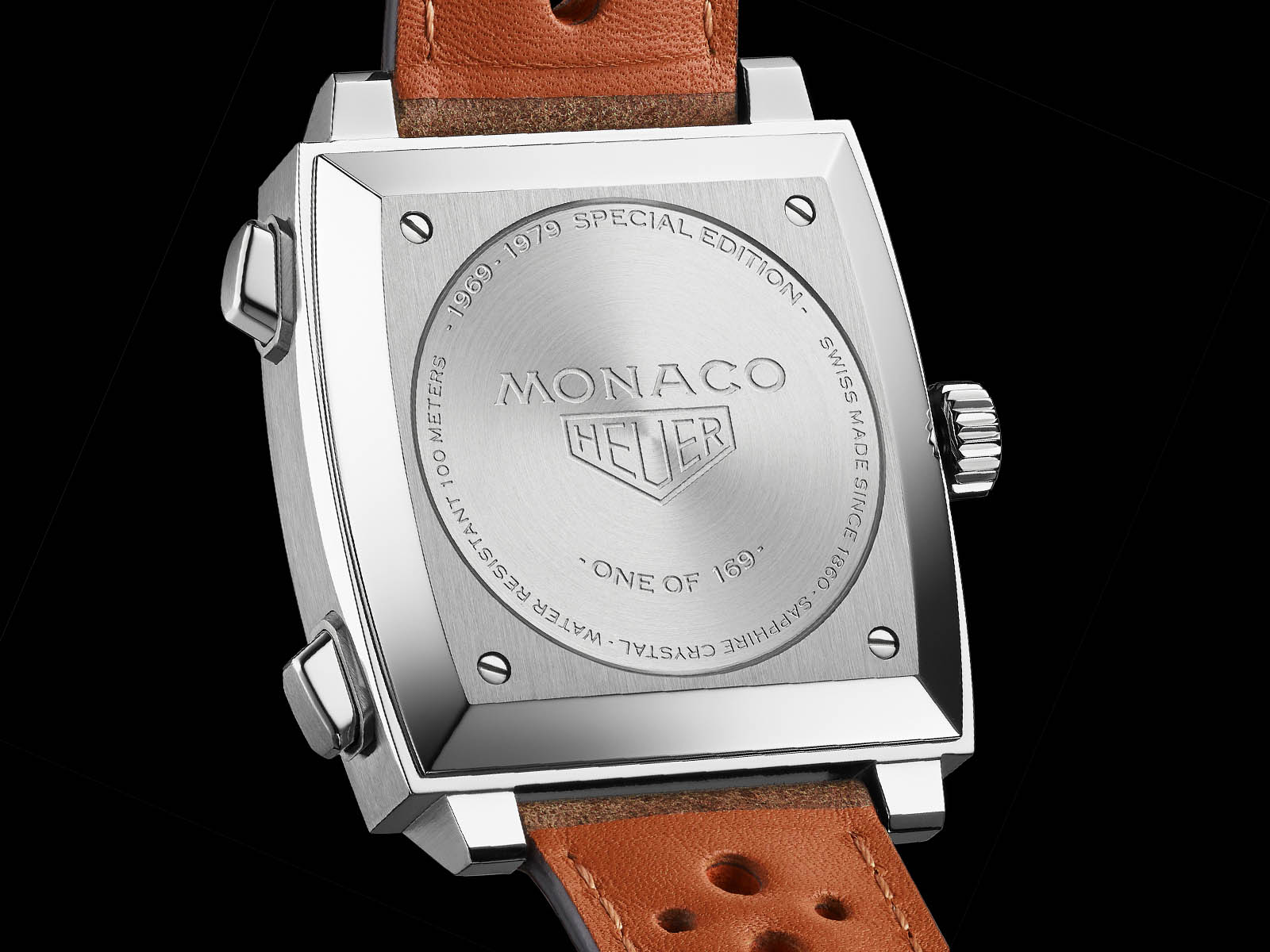 The green dial of Monaco 1969-1979 Limited Edition is decorated with Côtes de Genève motifs, while the chronograph counters are adorned with a sunray pattern. The dial offers a sporty image thanks to the yellow and brown finished hands and indices as well as faceted hour markers. 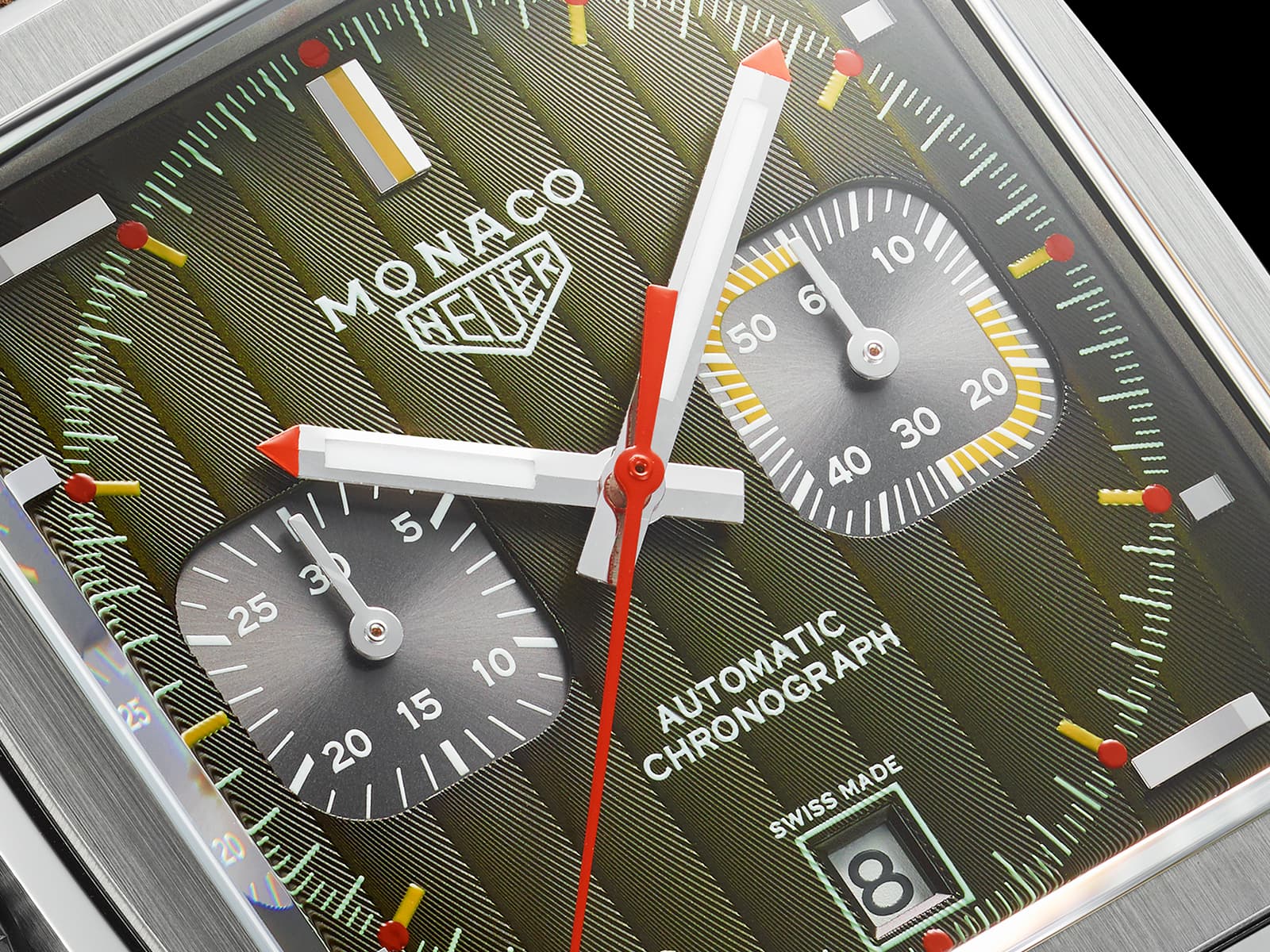 Offered on a perforated aged brown leather strap that is secured by a stainless steel folding clasp, the model is limited to 169 units only and available with a MSRP of 7100,00 CHF.