TAG Heuer Monaco, which has been introduced in 1969, appeared on the wrist of Steve McQueen in the blockbuster LeMans (1971). TAG Heuer released a new version of its iconic sports chronograph designed for the 50th anniversary of Gulf Racing.

The TAG Heuer Monaco Gulf Edition has been included in the brand’s catalogs in three different versions in the past. The first version has been launched in 2004 with a limited span of 4000 units. The second version was designed for the 40th anniversary of Gulf Racing and the third model was the Ref. CAW2113.FC6250 which was introduced in 2009.

The latest member of the collection is offered in the classic square shaped Monaco case measuring 39mm in diameter. The winding crown is located at the left side while the chronograph pushers are at the right side. 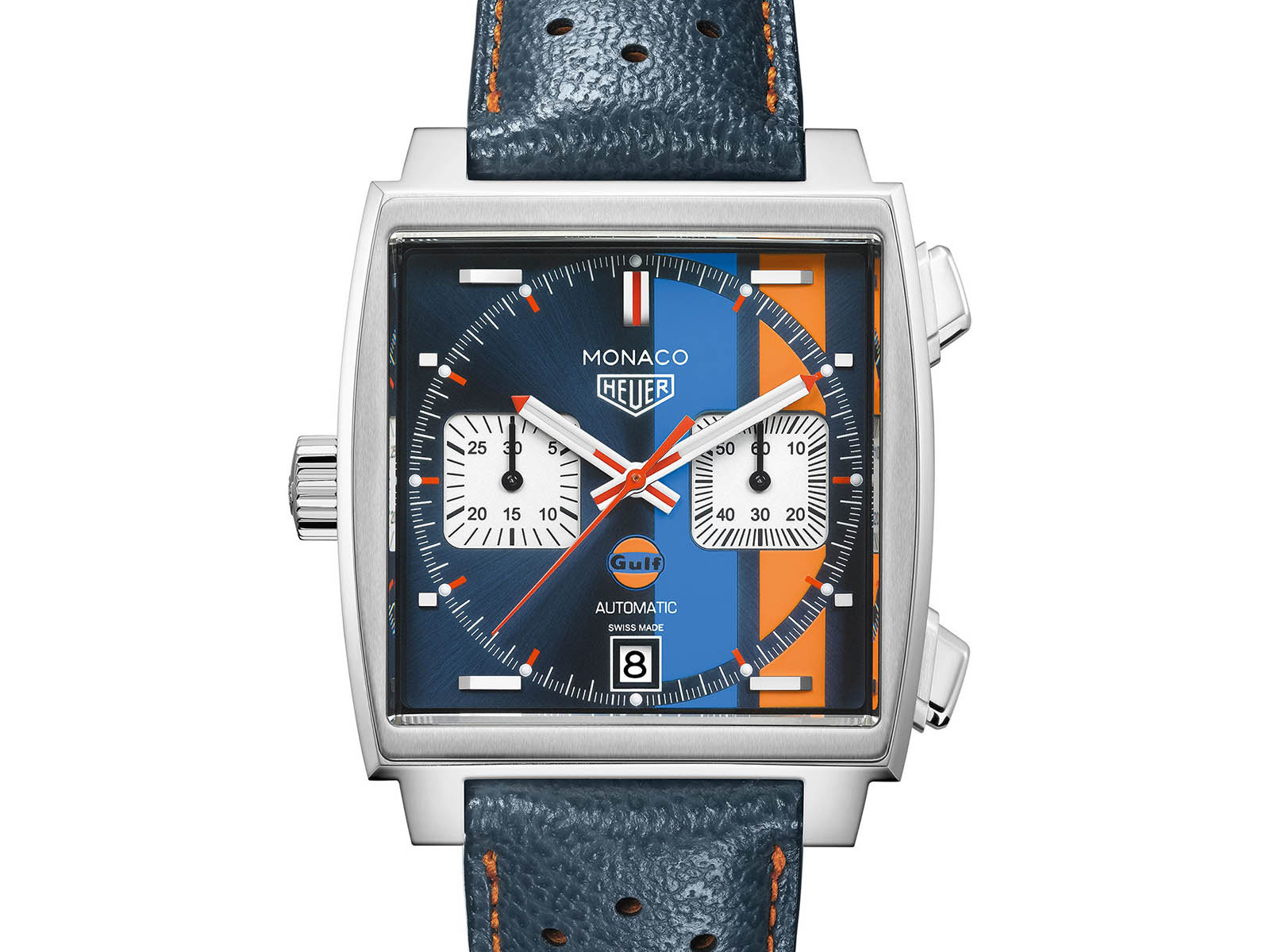 The new model features a Bi-Compax chronograph lay-our dial with blue and orange accents. The sub-counters are finished in white and there is a date display and a “Gulf” logo located at 6 o’clock.

The model is offered on a blue calf skin strap with orange stitches. The strap is secured by a TAG Heuer signed folding clasp made of polished stainless steel.

TAG Heuer Monaco Gulf Special Edition is only available for the US market beginning on 15th September. The model can be pre-ordered at the moment with a MSRP of US $ 5,900. 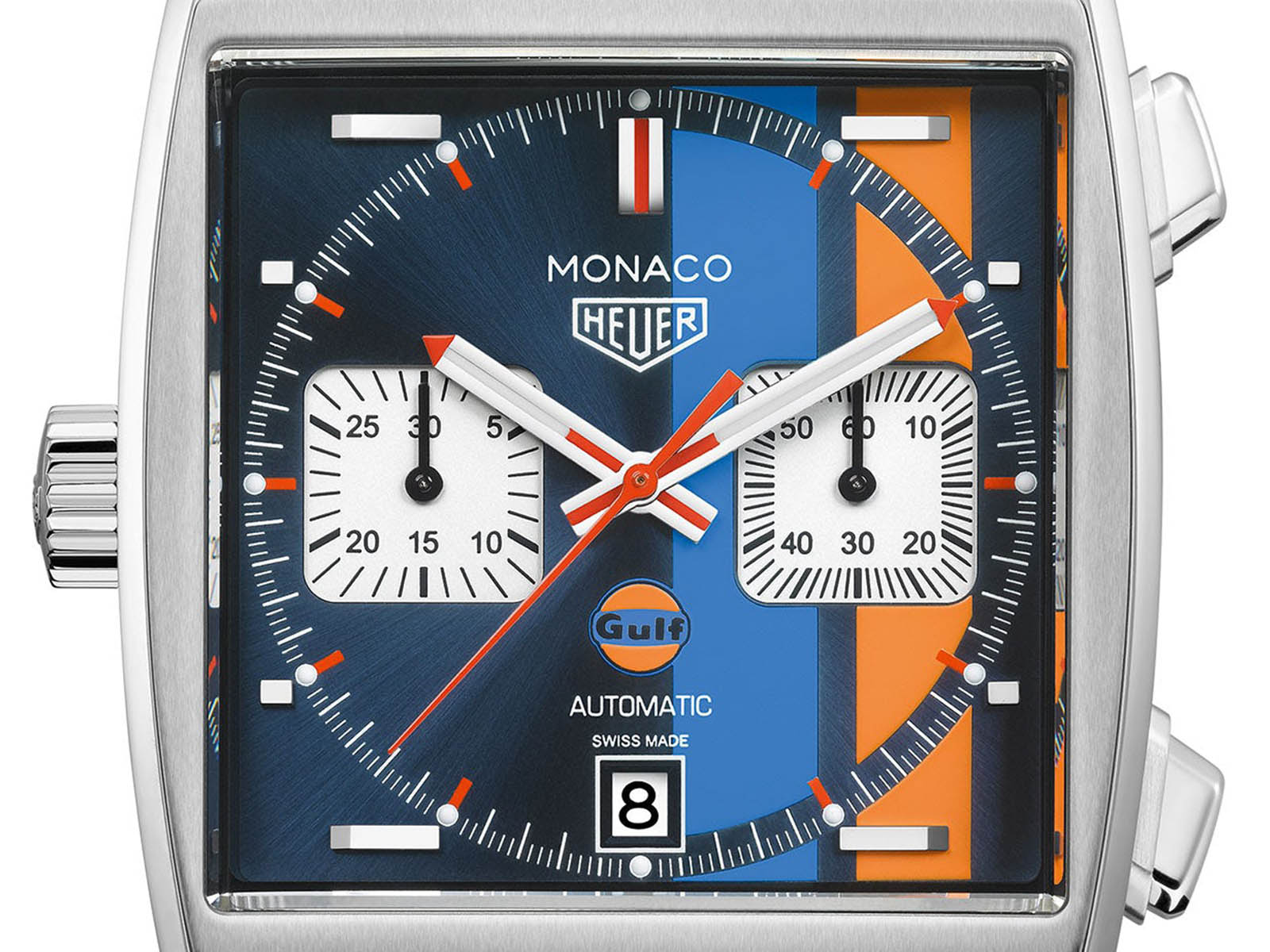