The History of Phosphorus Dials in Watches

I am sure that the phosphorus dials that we encounter in almost every wrist watch today is both a useful and an enjoyable feature for us. The history of that feature, which dates back to the beginning of 1900s, is full of interesting events.

The need to be able to read the time precisely and quickly in dark surroundings is almost as old as the history of watches. The first major solution in this regard comes from the Italian origin brand Officine Panerai. At the beginning of the 20th Century, Panerai produces watches for the Italian Navy, and thanks to a special mixture developed by Guido Panerai, the hands and indices of the watches shine in the dark. This compound obtained from a mixture of radium bromide and zinc sulphide also gives its name to the Officine Panerai’s legendary model Radiomir. 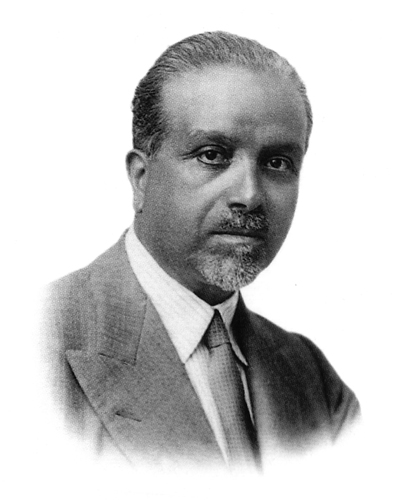 Not long after this invention, a new compound starts to be used to create a phosphor effect on the watch dials. This radioactive material, called tritium, is adopted shortly for its strong glow. The glow of the material is so powerful that in the 1930s, it begins to be used even in products such as skin cream and toothpaste. However, it does not take long for the harmful effects of tritium to be understood. The first signs are seen in young girls who are tasked with coloring the dials of military use watches. Girls who constantly put the paint brushes in to their mouths in order to be able to sharpen the tip of the brush start to get sick with various symptoms like tooth loss, mouth tumor and jaw bone osteoclasis.Following this incident, severe restrictions on the use of tritium are introduced. 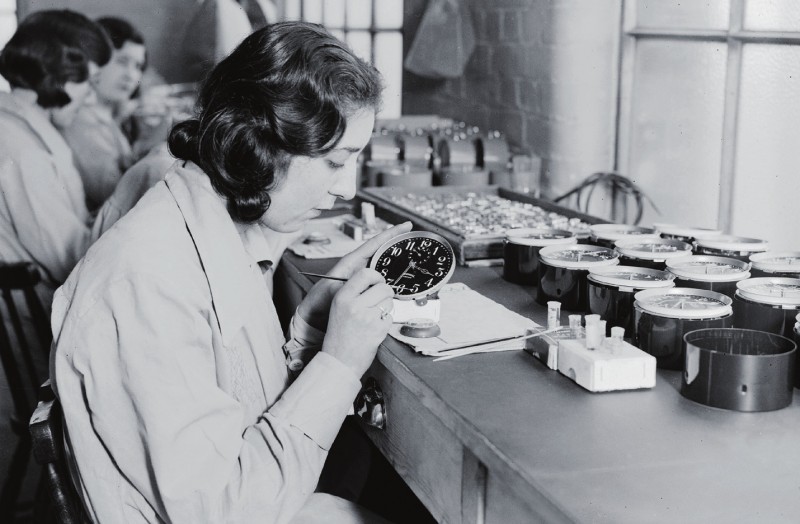 The use of this material does not completely cease to exist until the discovery of modern alternative materials. However, it continues in a controlled way which makes it harmless. The T <25 indication that  we find in most vintage watch dials points that the amount of tritium used in dials is below 25mq so as not to damage human health. 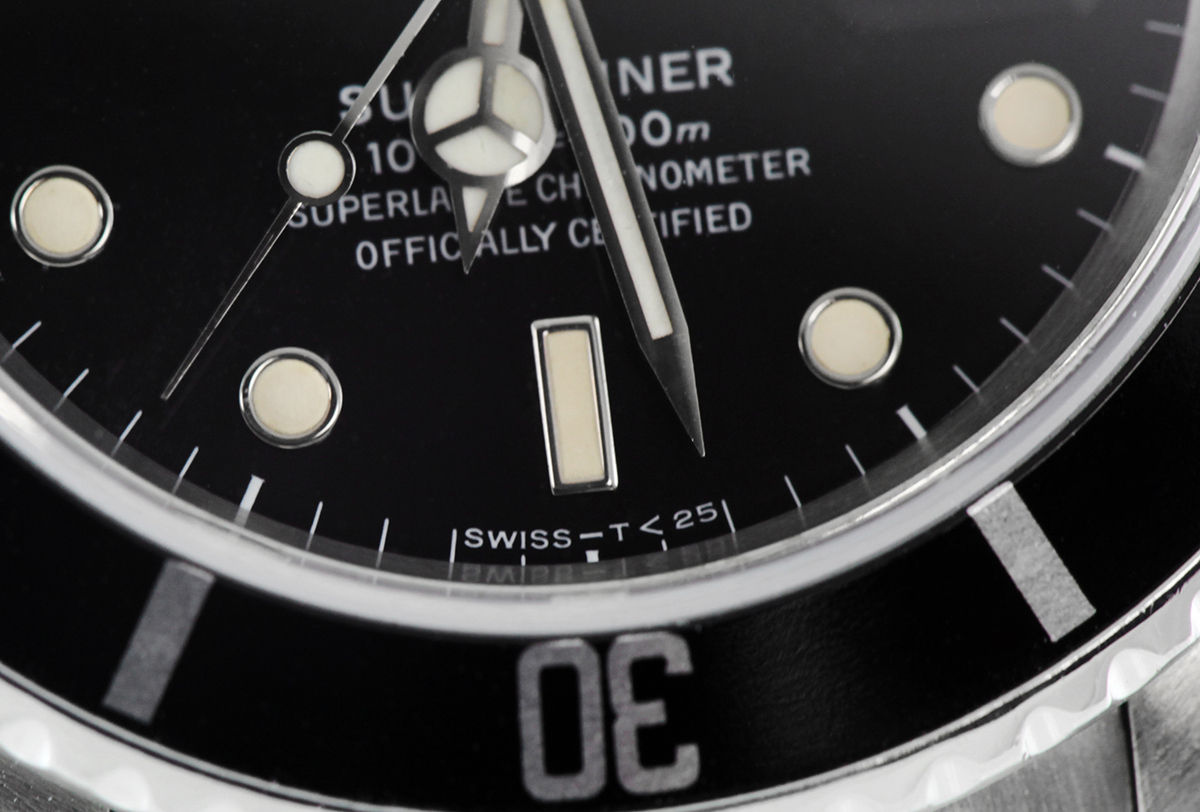 Photo-luminescent material provides the answer to the quest of finding the best solution as it absorbs the light and emits it over time, as opposed to self-luminescent–and potentially harmful—tritium. Thus phosphorescent pigment, which is able to glow for a certain amount of time, becomes the material of choice. However, this new material has its downside. Photo-luminescent pigments must be first charged with an external light source in order to glow. SuperLuminova, which dominates the clock industry today, offers the most advanced examples of this material. In addition, Rolex’s own patented phosphorus material Chromalight is also a very successful example of this new generation of products. 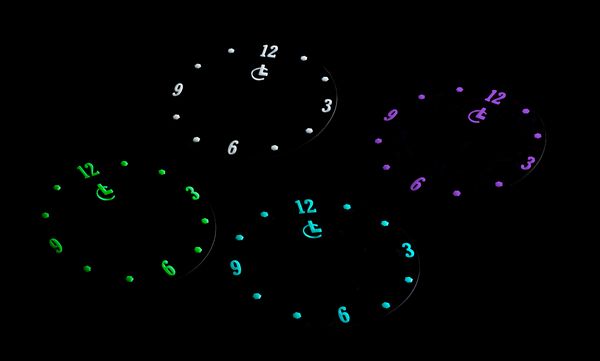 Some brands, such as Ball and Luminox, still use tritium to provide the required phosphor feature for the dials of the watches they produce. In these models, however, the tritium is placed in thick glass tubes in gaseous form. By means of this type of use, the brands eliminate the harmful side of tritium and also create their own characteristic luminescent dials. Since tritium is a radioactive substance, its radiation properties decrease over time and disappear completely after a certain period of time, but this time is quite long with modern timepieces like Ball and Luminox makes. 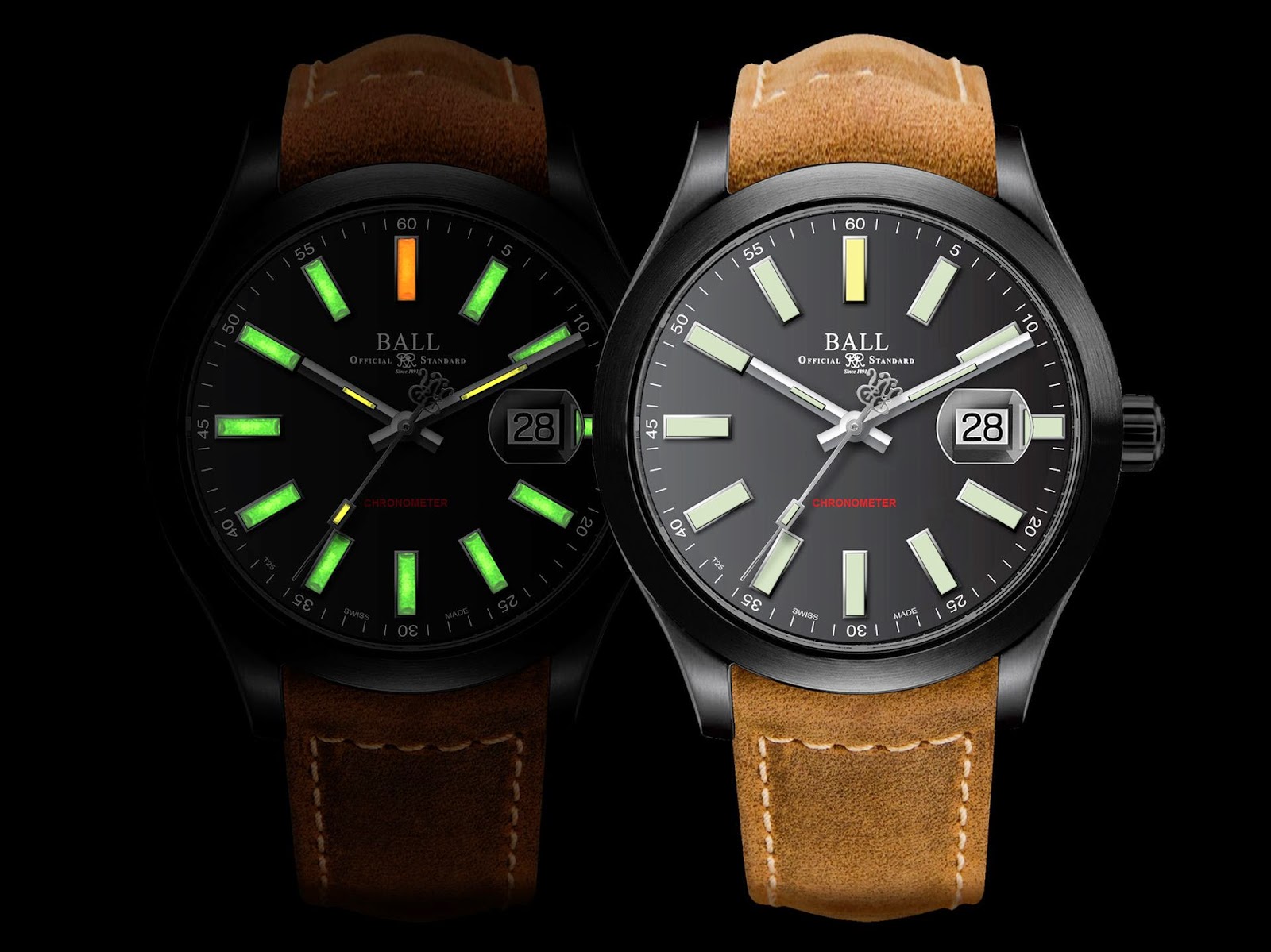 It is hard to predict how technology will provide further solutions to the watch industry in this regard in the future, but we are confident that the bad experiences will never happen again.