In 1845, two ships captained by Sir John Franklin, the HMS Erebus and the HMS Terror, set sail from Greenhithe, England on an arctic expedition to draw out and map the last un-navigated piece of the Northwest Passage.  It made a brief stop in Stromness Harbor before continuing on towards Baffin Bay, to start its trek up to the Arctic.  That was the last time anyone saw those two ships, or their crew.  3 years later, prompted by Franklin’s spouse, a search was sent out to find the lost expedition.  They found traces of the crew, but never found the ships.  On board the vanished HMS Erebus, was a timepiece that would become one of the most famous and puzzling mysteries in horology.  The “Arnold 294”.

Many watchmakers have a rich, rich history.  Some have a very manufactured history.  Some just acquire the company’s and their respective patents and keep the name to feign a rich history that’s “under new management”.  Arnold and Son is one of those rare companies that’s a little bit of all of it.

The question gets asked all over the world: “If you could hang out with anyone in history, who would it be?”  John Arnold would be pretty close to the top of a lot of industry leader’s lists.  A lot of his heritage and his accomplishments are shrouded in mystery.   He’s often credited for bringing the term “Chronometer” into its modern use.  He’s also credited with designing the first watch that was both practical and wildly accurate.  And depending on who you ask, the first to conceptualize a Tourbillon (Though Abraham-Louis Breguet is credited as the first to develop it). 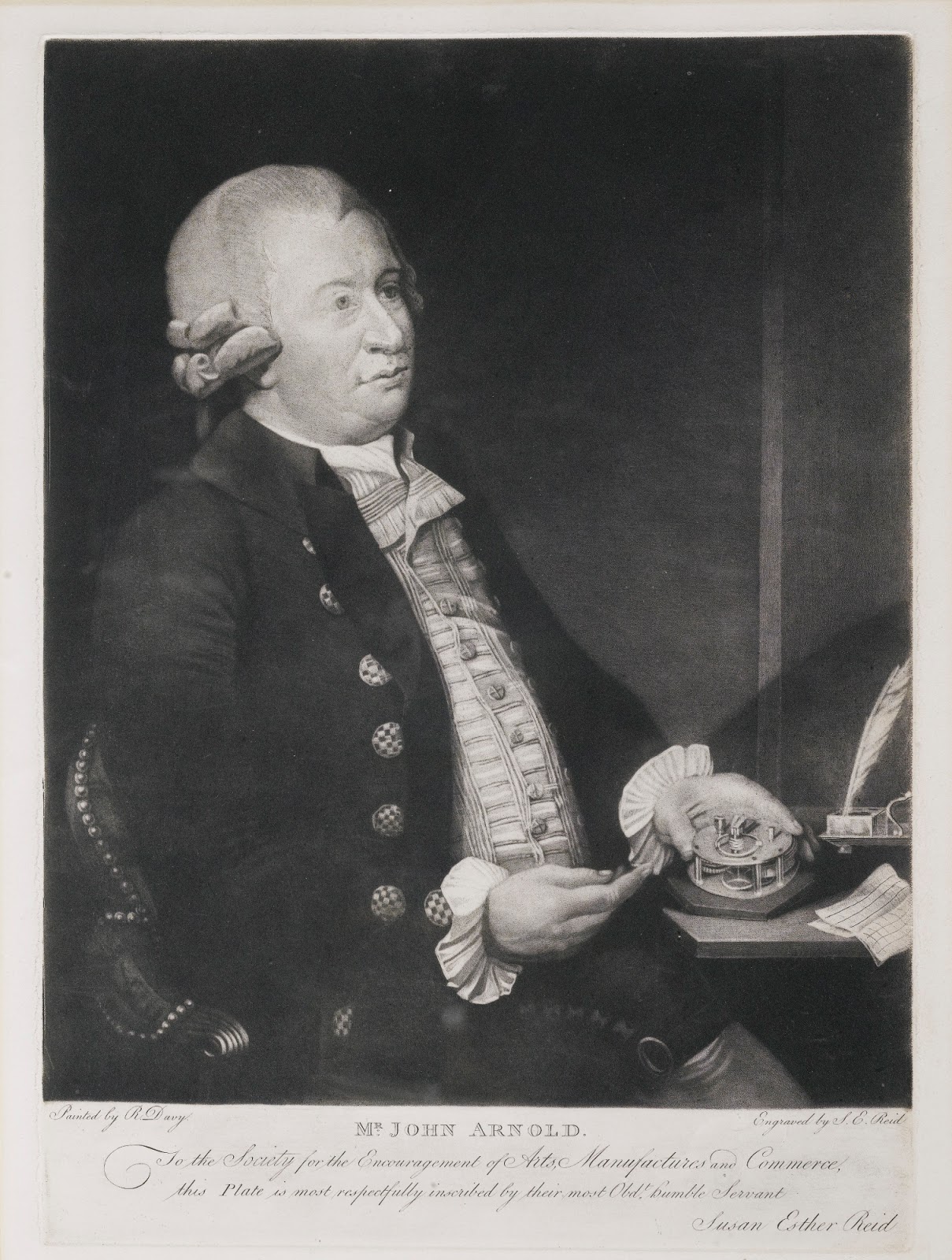 John Arnold opened up his first workshop in the heart of London’s Strand in 1762.  He gained significant recognition when fixed a claimed “Unfixable” watch belonging to William McGuire.  He later presents King George III with the smallest known repeating watch, and immediately has a line out of his workshop door.  After all, who wouldn’t want a watch made from the Atelier who made a watch for the king (Who actually made two watches for the king.  The king liked the first one so much, he asked John Arnold to make a second ruby cylinder just so he could display and admire it!)  His career took off. 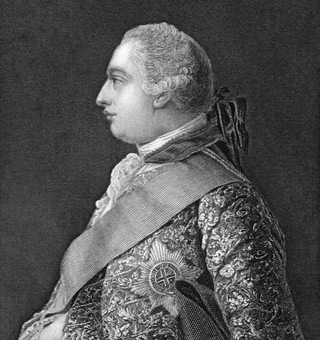 From there he made chronometer’s for a number of world famous explorers, adventurers, captains, and maritime travelers.  Admiral Harland, Captain Cook, David Livingston, Captain Phipps (Not to be confused with the infamous Captain Phillips), and Napoléon Bonaparte have all owned, and brandished an Arnold Chronometer. 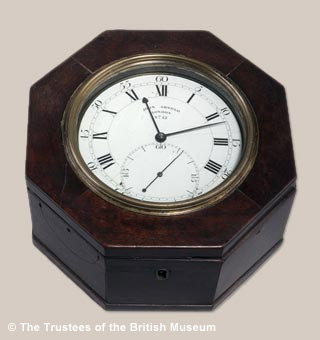 One of the more interesting aspects of John Arnold and his history, is the company he kept.  Especially with his best friend Abraham-Louis Breguet of the famous Breguet watches.  Alongside of each other, they both furthered their careers by bouncing ideas and designs off of each other, even rumors of sharing trade secrets.  Furthermore, they entrusted each other’s sons to understudy.  Breguet’s under Arnold, and Arnold’s under Breguet’s Paris workshop.  Upon his return, John Roger Arnold joins his father’s firm, and thus is born Arnold and Son.  For 3 years, Arnold and Son becomes the leading supplier of timepieces to the British Royal Navy. 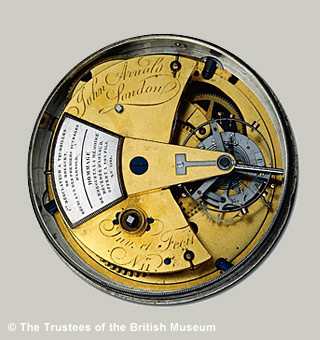 After John Arnold’s death in 1799, John Roger becomes the face of the brand.  For over 40 years, he moves it forward, acquiring a number more patents, and supplying even more captains with chronometers.  His death in 1843, and the subsequent purchase of Arnold and Son by Charles Frodsham marks over 50 years of family heritage in Arnold and Son. 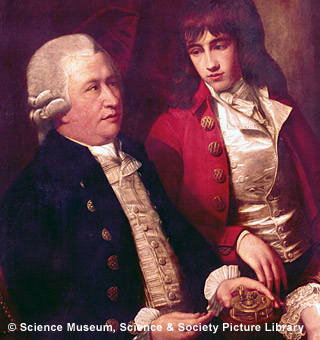 The brand relaunched in 1995 to mixed reviews, and then again in 2012 when it was bought by Citizen of Japan for 64 Million CHF.  This caused a lot of controversy.  Visit any watch forum and you will find a barrage of opinions in various ranges of emotion.

“They sold out!  Who is Citizen to purchase such a high end brand?”

But regardless of where you stand on the deal, one thing is for sure.  Arnold and Son has made it well into the spotlight, very quickly.  You can see their watches in any number of movies and TV shows.  Most notably as of late is the set of HBO’s Ballers.  Watches have become a set piece with the most notable characters branding, you guessed it, an Arnold and Son. 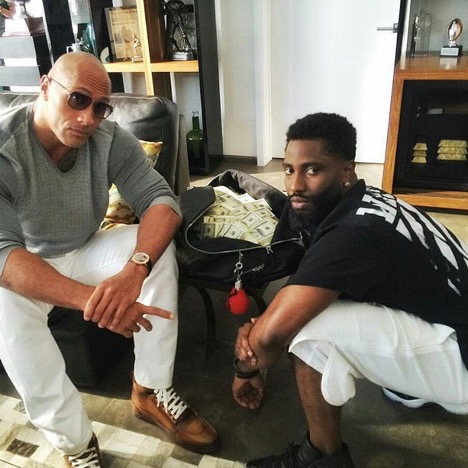 And that’s not a bad thing!  That’s not selling out!  Arnold and Son makes some incredible timepieces based on and running with a rich heritage.  It’s hard not to notice the striking blue dial of the HM Perpetual Moon.  It’s even harder not to notice the stunning craftsmanship of the Time Pyramid.

Arnold and Son recently made headlines after John Arnold’s 23/78 Chronometer set a world record at the Sotherby’s Auction after it sold for a mind-blowing $722,300.  This shattered any and every expectation and prediction by multiples.  Completed in 1781, it is the only timepiece know to have survived in its original and pristine condition, without any modifications or restorations; and it is magnificent. 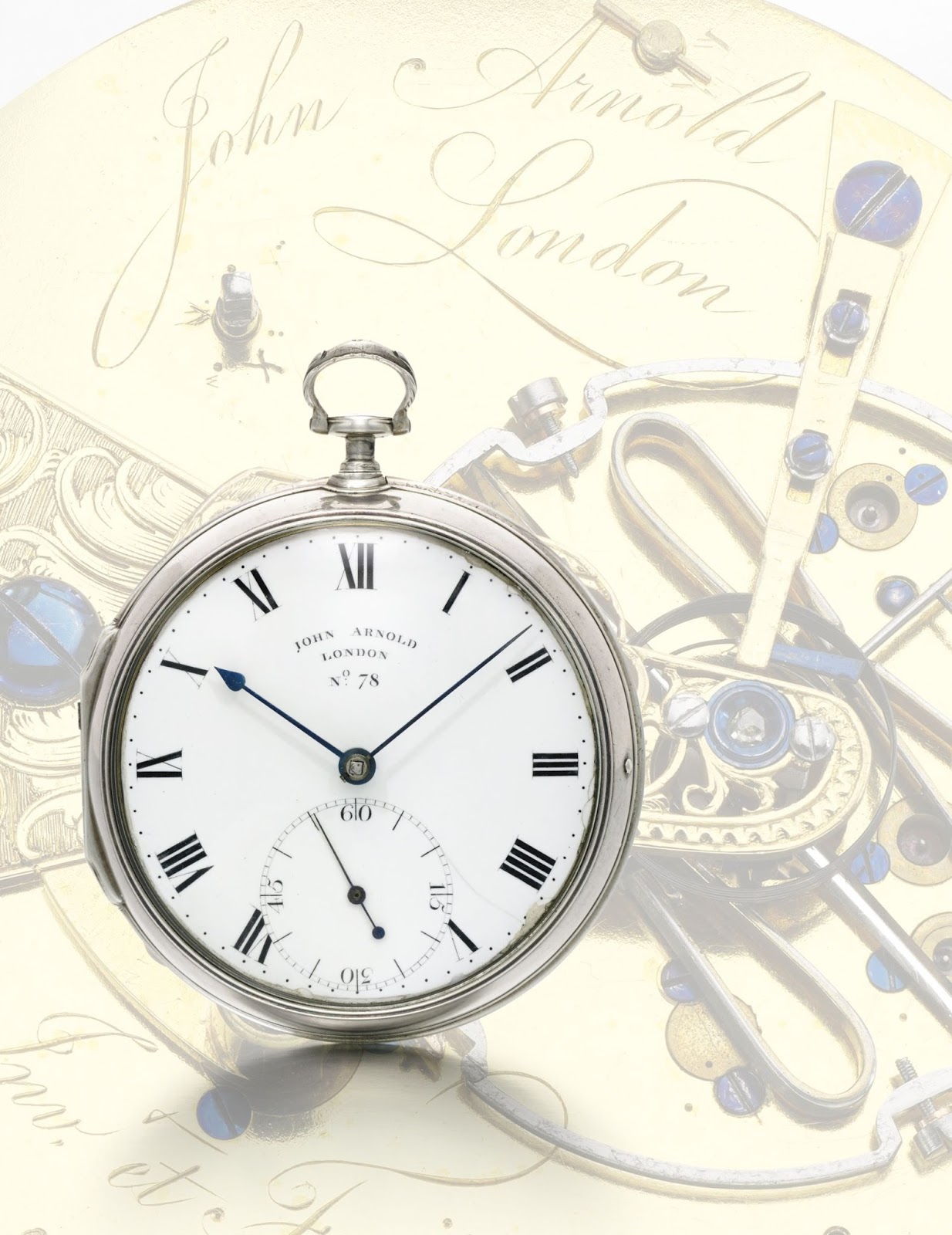 30 Years ago, a mantelpiece came into a restorer’s shop.  It was a chronometer with the name stamped out, and a new, fake, atelier’s name crudely stamped over top of the old one.   When the Tinkerer opened it up, he found something amazing.  Stamped on the movement, was a clear, crisp, “Arnold 294”.  How it made it out of the shipwreck, and why Arnold’s name was stamped out remains a mystery.  Did someone know it was stolen property and try to cover it up?  How did it get out of the shipwreck?  Who turned it into a mantelpiece?

Like Arnold and Son, intrigue and mystery riddle a rich and proud history.