Top 5 Black Watches You Can Buy

Thanks to the developing technological possibilities, black watches that are more durable than ever, are among the most popular product groups for the watch enthusiasts. We put together 5 of our favorite models from black watches, which come with coating techniques such as PVD and DLC cases as well as new generation materials such as carbon black or ceramic.

The first model in our list comes from Longines, which is known as the eponym of the Heritage trend that continues to storm the watchmaking industry. The Longines Legend Diver, which has not lost popularity since its first introduction in 2007, is considered one of the most successful examples of Heritage watches trend that we can define as the re-issuing old models. 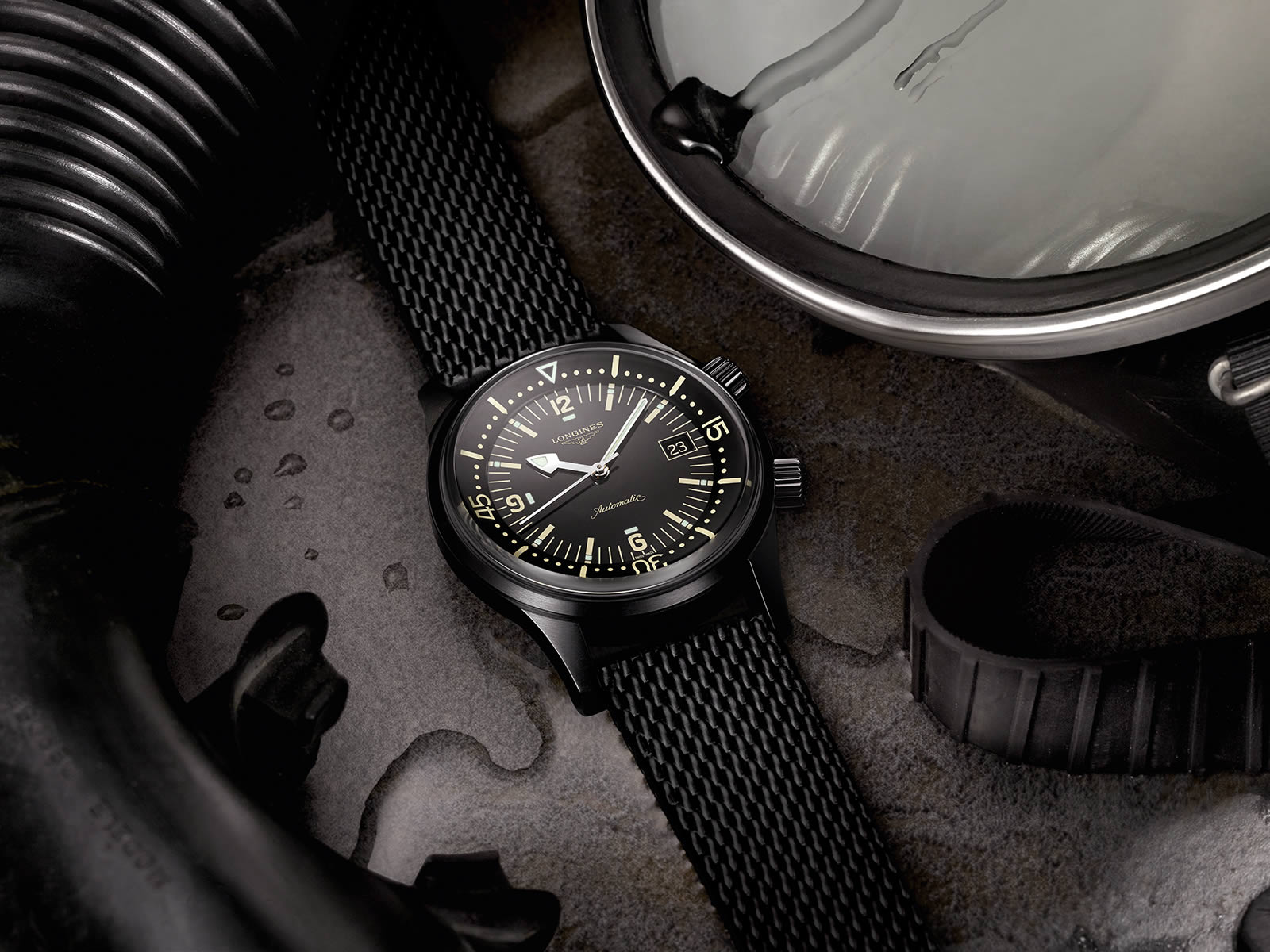 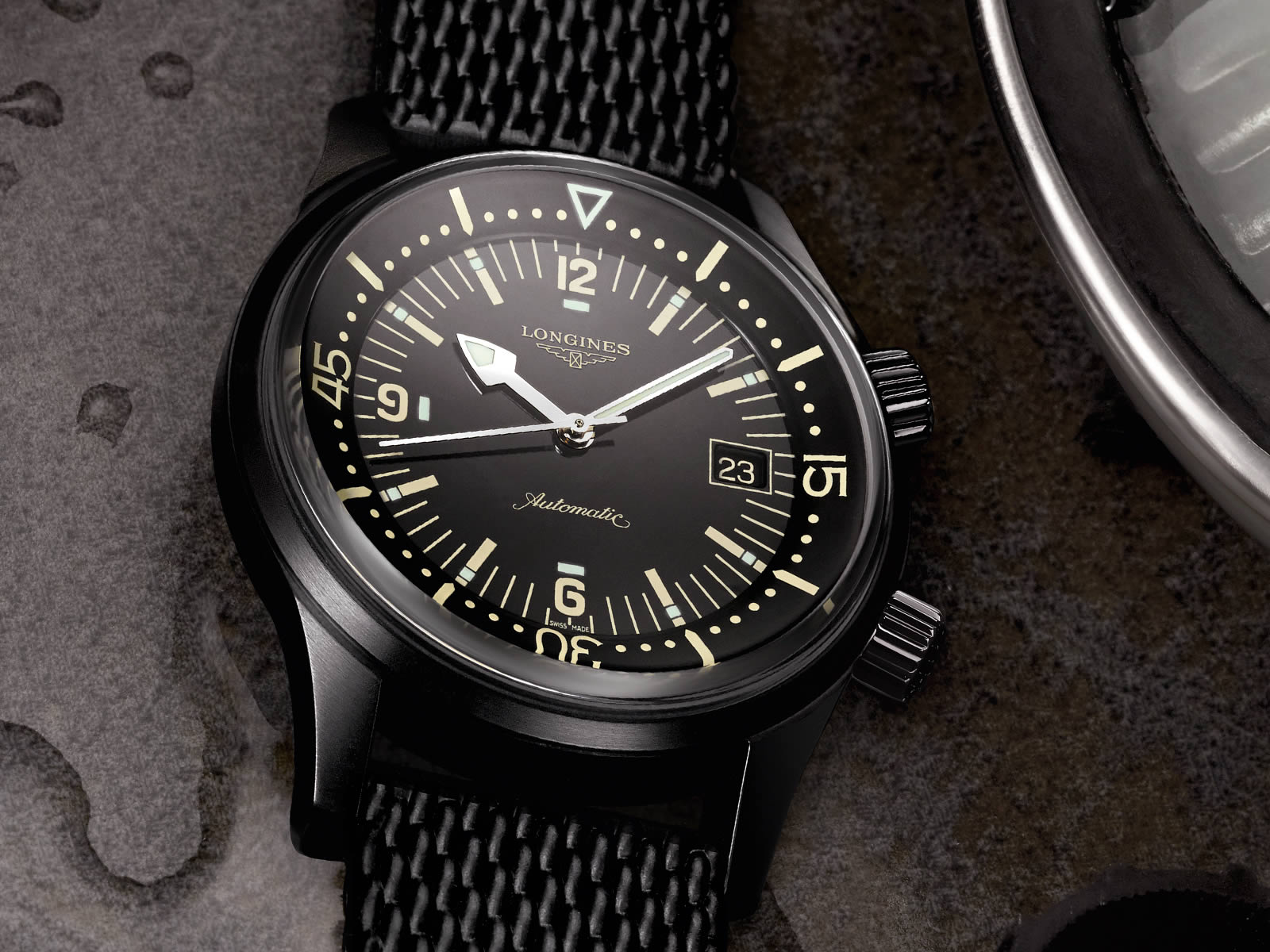 The model that was re-introduced with an all-black version at the Baselworld 2018 exhibition is offered in a 42mm diameter case made of black PVD coated stainless steel. The model is water resistance to 300 meters / 30 bars like a professional dive watch should be and ticks with the self-winding ETA A31.L01 movement, which stands out with its 68-hour power reserve.

Another Heritage model that takes place in our list comes from Tudor, which was the subject of the most spectacular rebirth stories of recent years. The brand that took its adventure that started under the wings of Rolex to present day with the Heritage Black Bay Collection that came like a bombshell, added a black model to the successful product group in the past years. 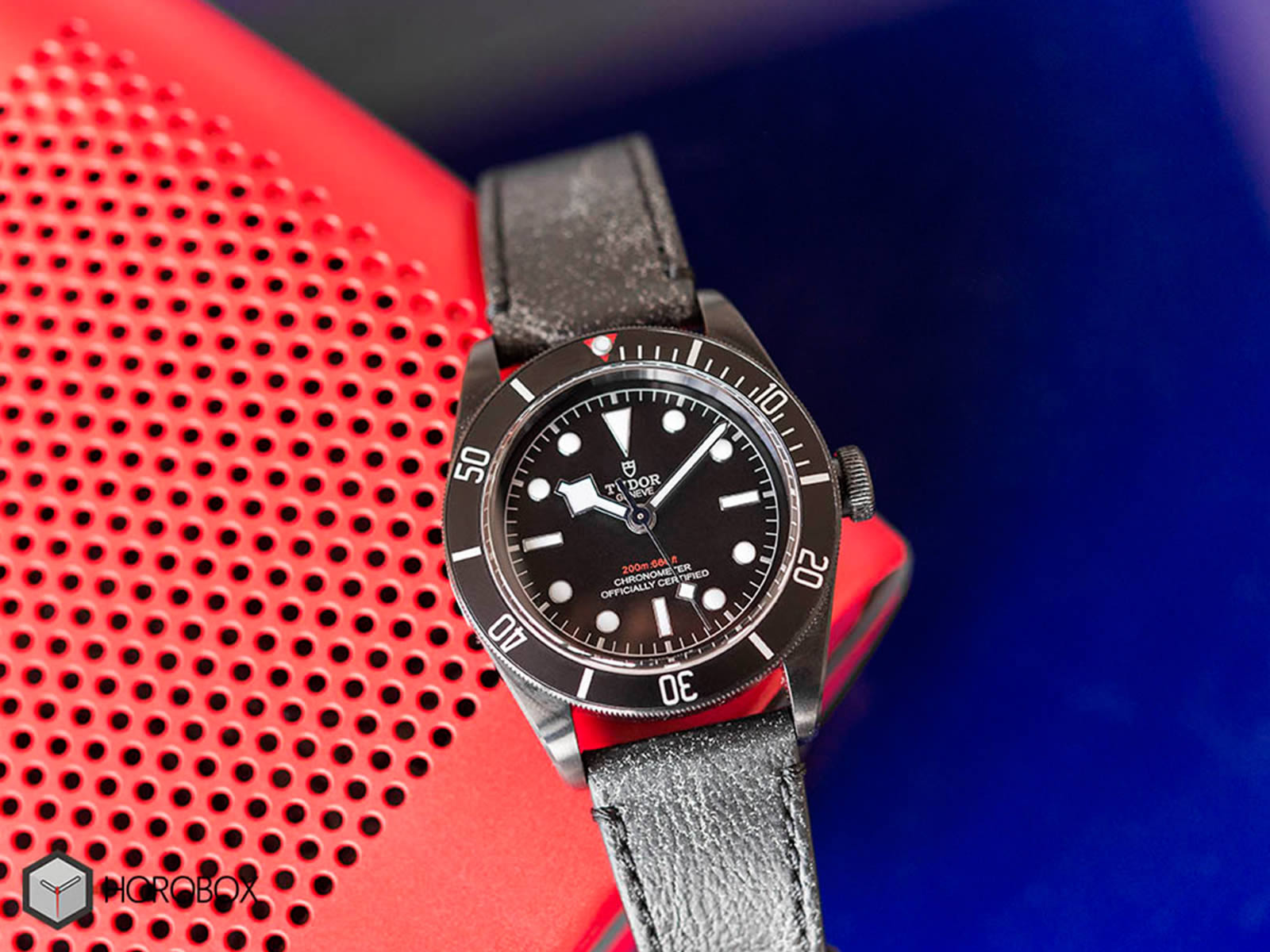 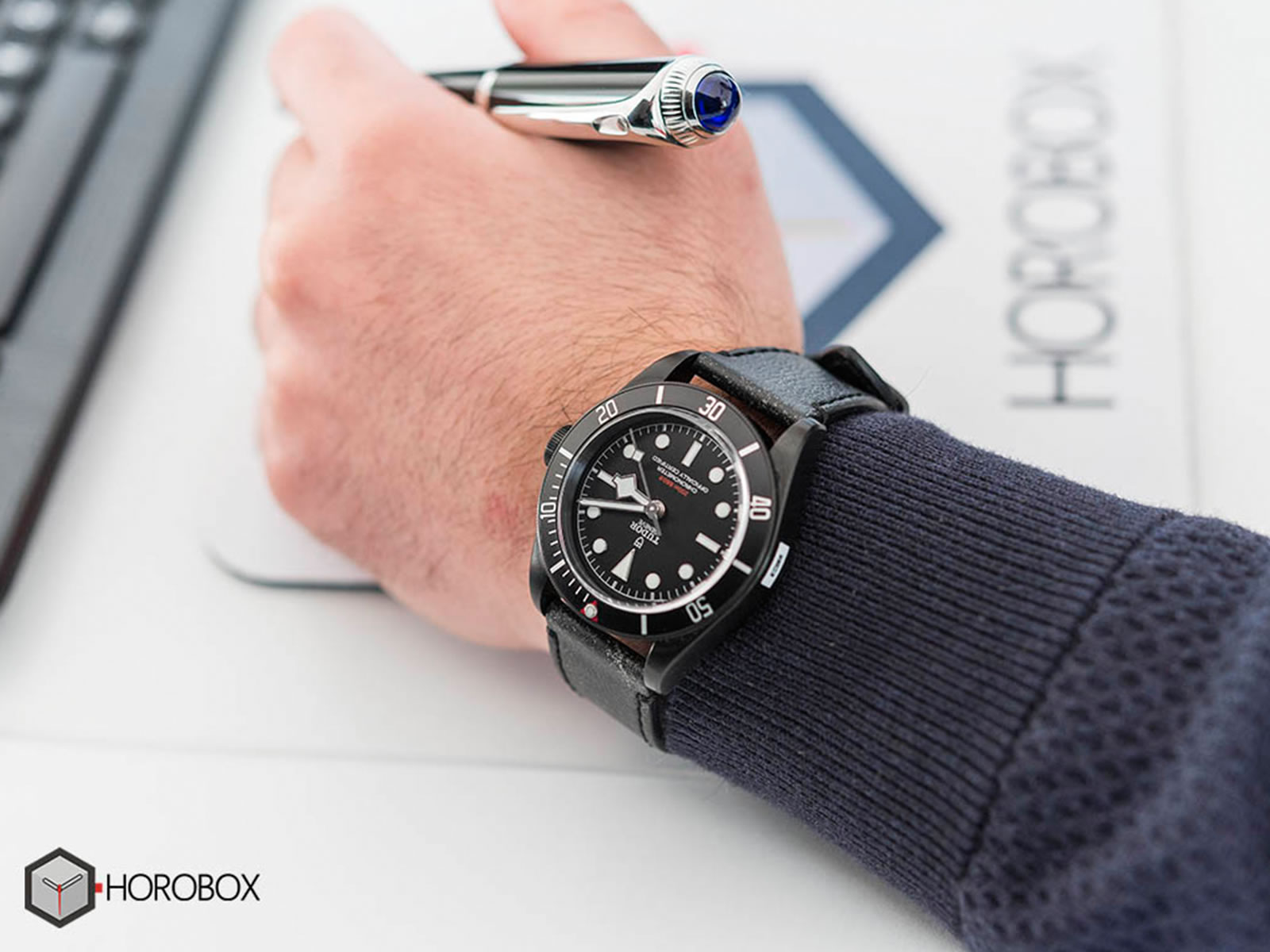 Tudor Black Bay Dark comes in a 41mm diameter case manufactured from black PVD coated stainless steel case that is resistant to 200 meters / 20 bars. The model, which offers a very tactic image with its black color palette that gathers with its red accents on its bezel, is home to the brand’s manufacture movement Caliber MT5602.

The third place in our list is taken by the IWC Pilot’s Chronograph Top Gun model, which deserves to be called a cult timepiece to its smallest detail. Among the iconic product groups of the well-established Swiss brand IWC Schaffhausen, the model from the Pilot Watches Collection attracts attention with its professional image. 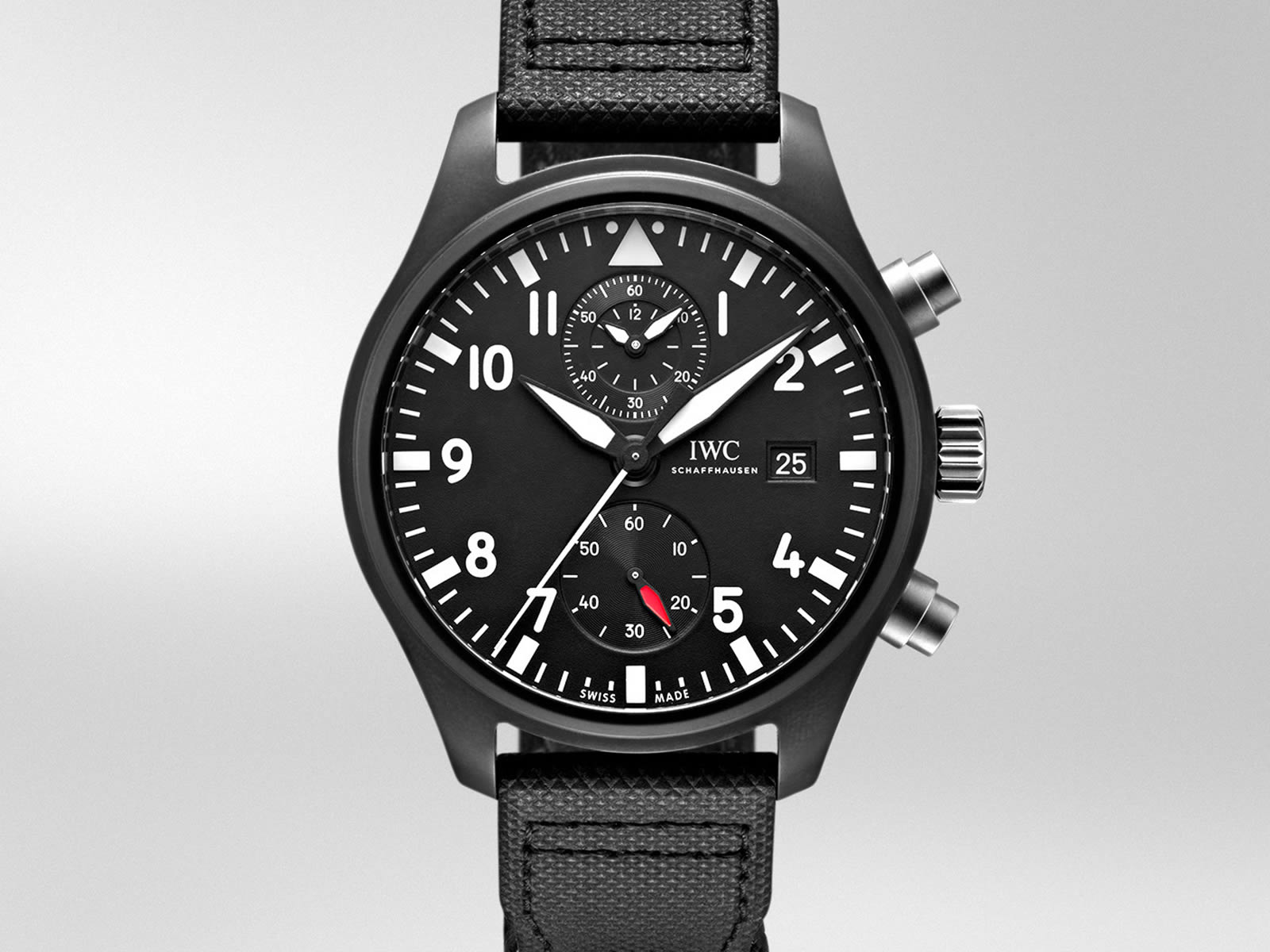 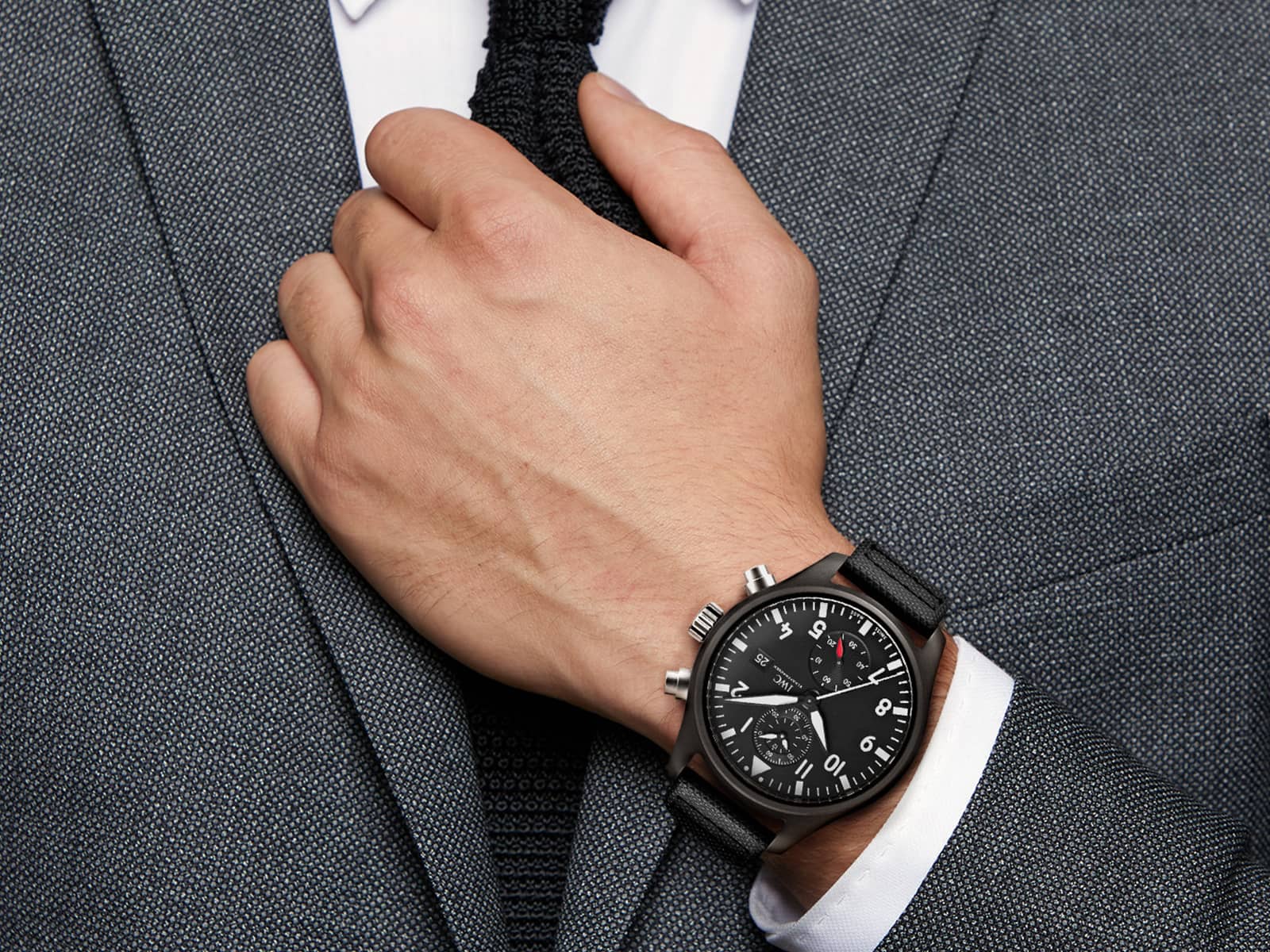 The fourth place in our list welcomes another iconic timepiece; Omega Speedmaster. Considered as one of the most important product lines of the well-established Swiss watchmaker Omega, the Speedmaster is also famous for being the First Watch Worn on the Moon. 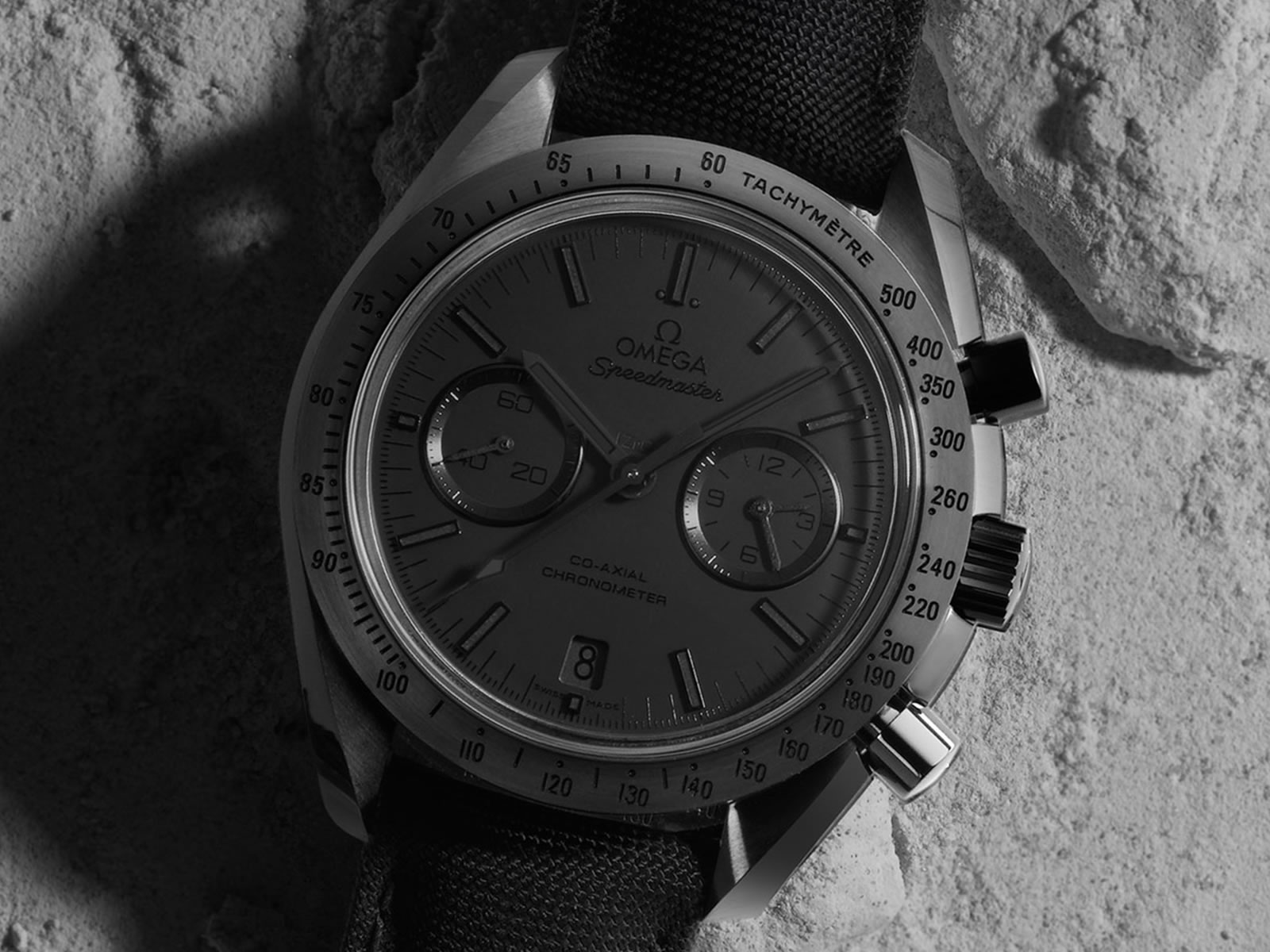 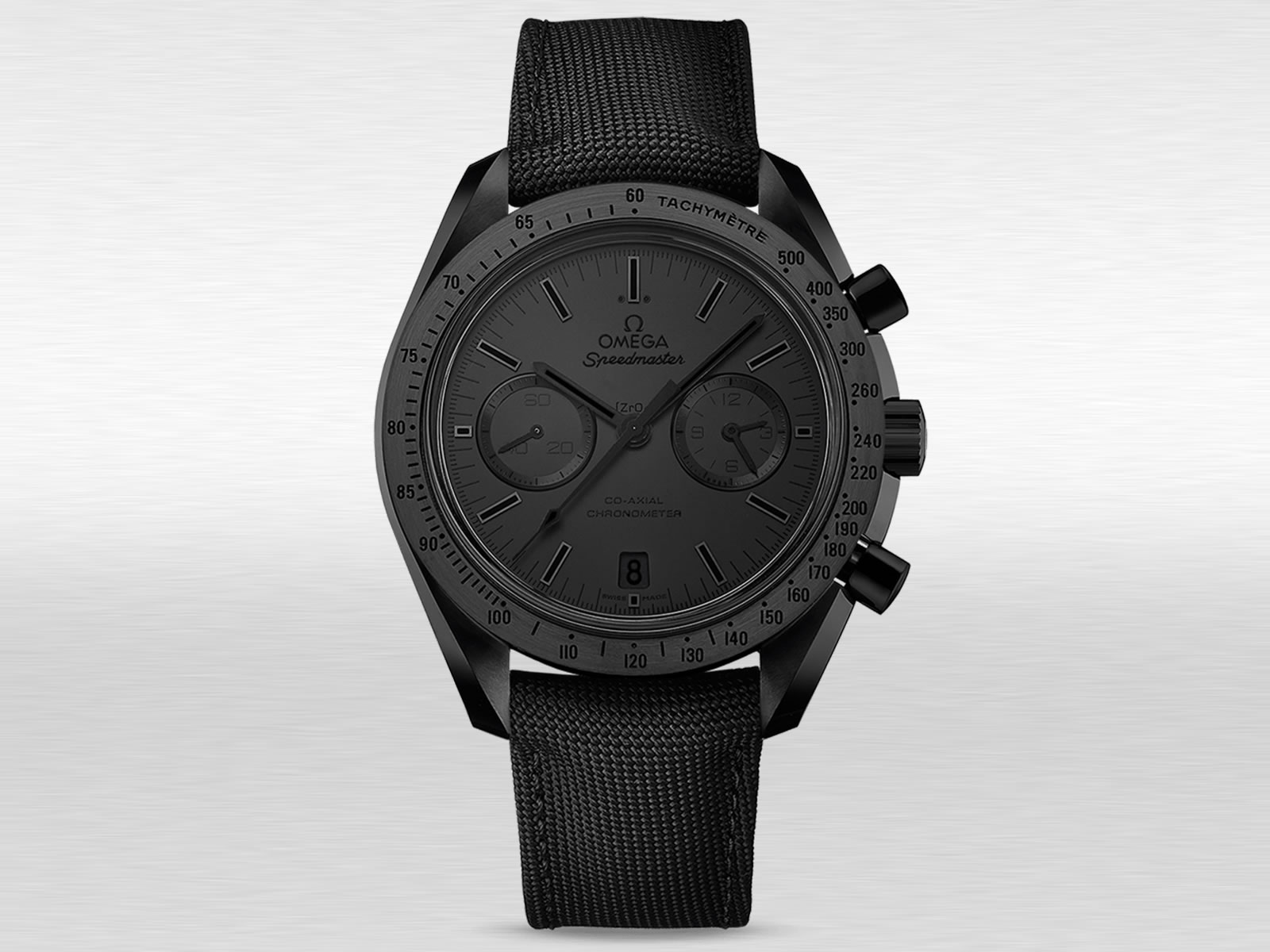 The successful member of the model family is offered in a massive 44.25mm case manufactured from black ceramic. Following the success of the previously introduced “Dark Side of the Moon” version, the model is highly acclaimed with its overall design that boosts the all-black concept. Ticking with the brand’s in-house Omega Co-Axial 9300 movement, the model is equipped with not only black hands and indices but also black colored Super LumiNOVA phosphor material as well and is water resistant to 50 meters / 5 bars.

The last black watch in our list comes from the Audemars Piguet Royal Oak Collection, which is regarded as one of the milestones of the luxury sport watch concept. Equipped with Perpetual Calendar feature, which is one of the complications of traditional luxury watches, the model attracts attention with its black ceramic case as well as black ceramic bracelet. 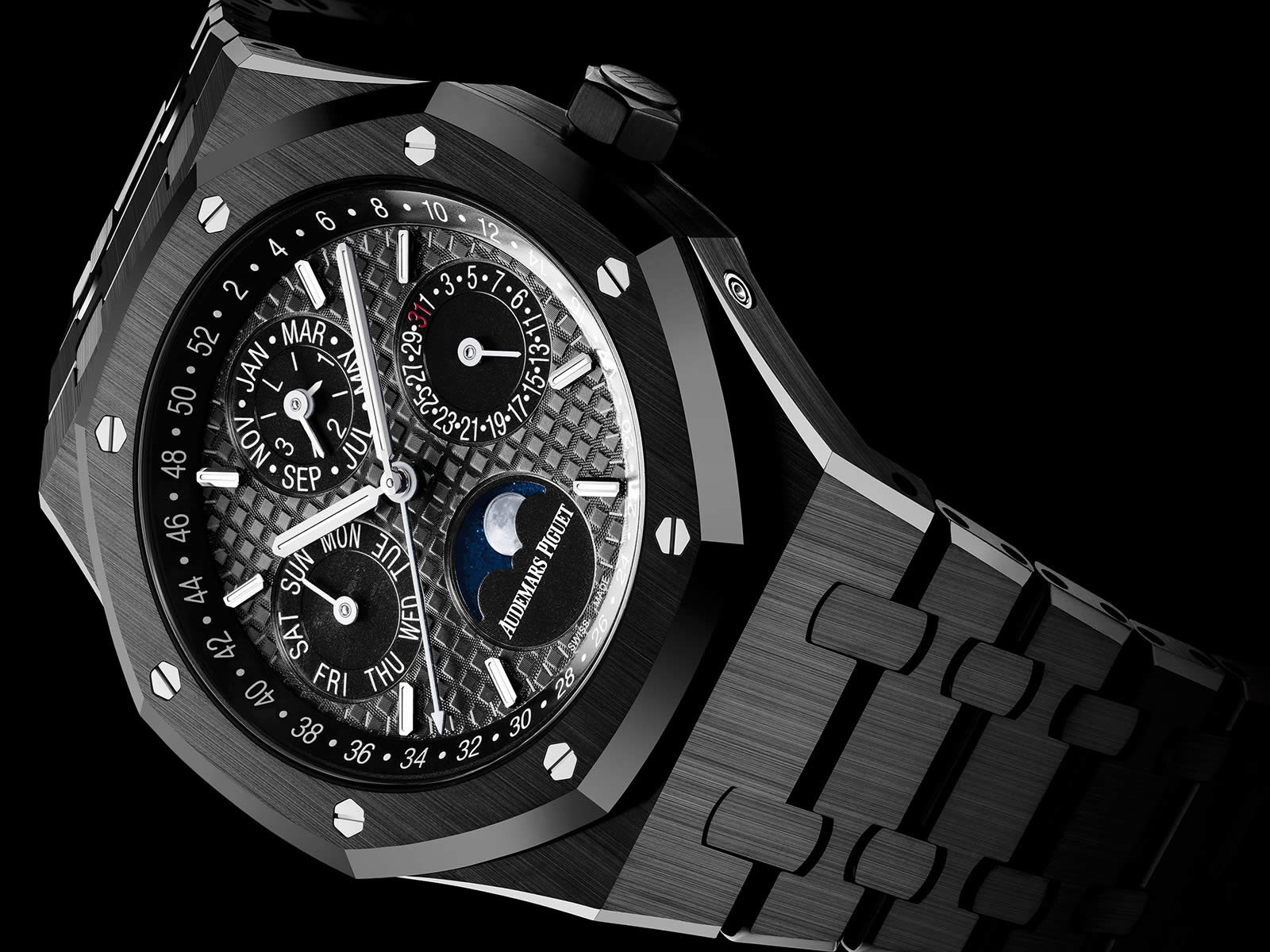 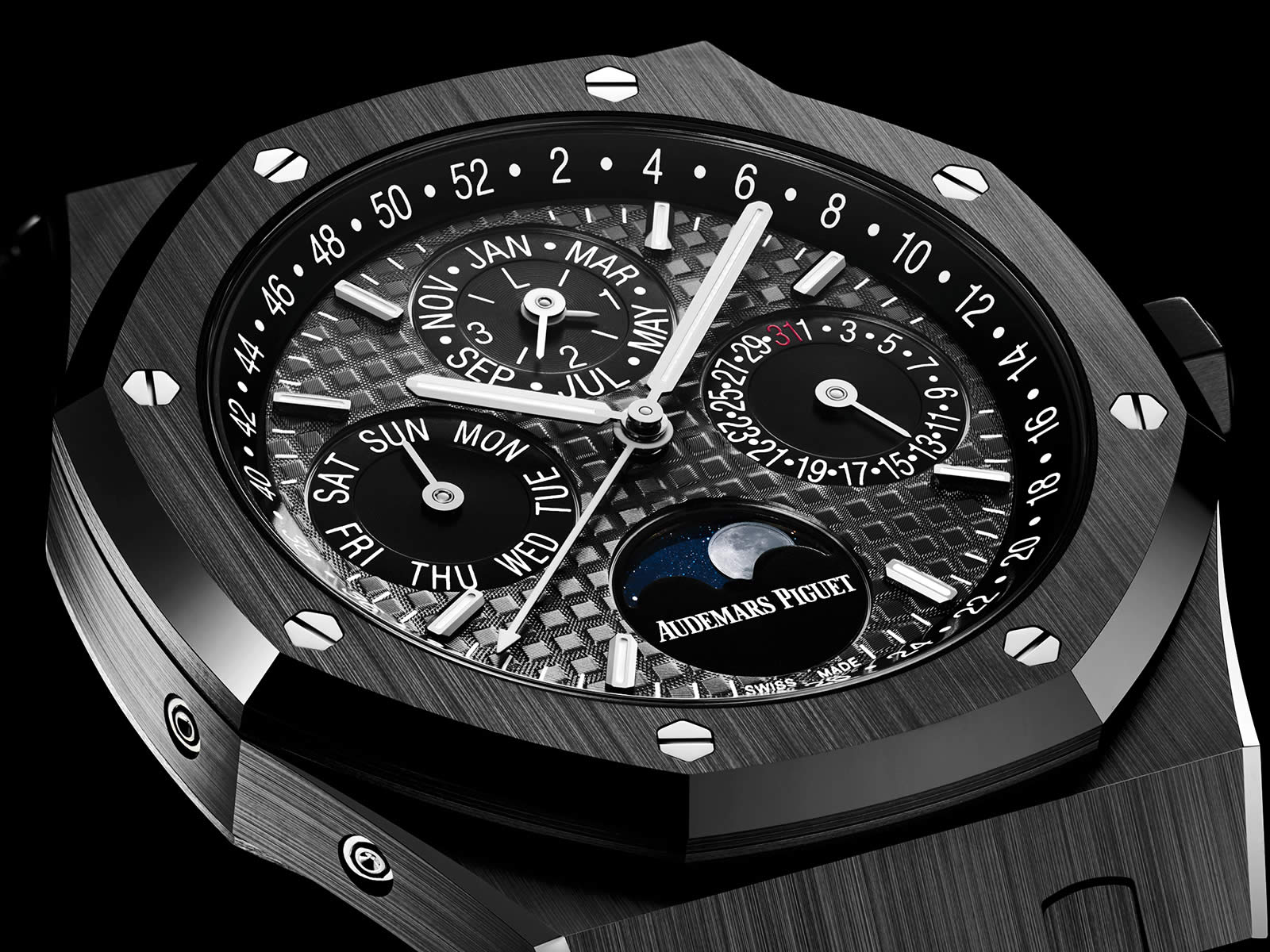 The model comes in a black ceramic case measuring 41mm in diameter and water resistant to only 20 meters. Powered by the brand’s fully in-house movement Caliber Ref. 5134 with Perpetual Calendar feature, the model is equipped with an all-ceramic bracelet, which is considered as one of the most beautiful bracelet designs in the history of watchmaking, that requires 30 hours of labor to be completed.