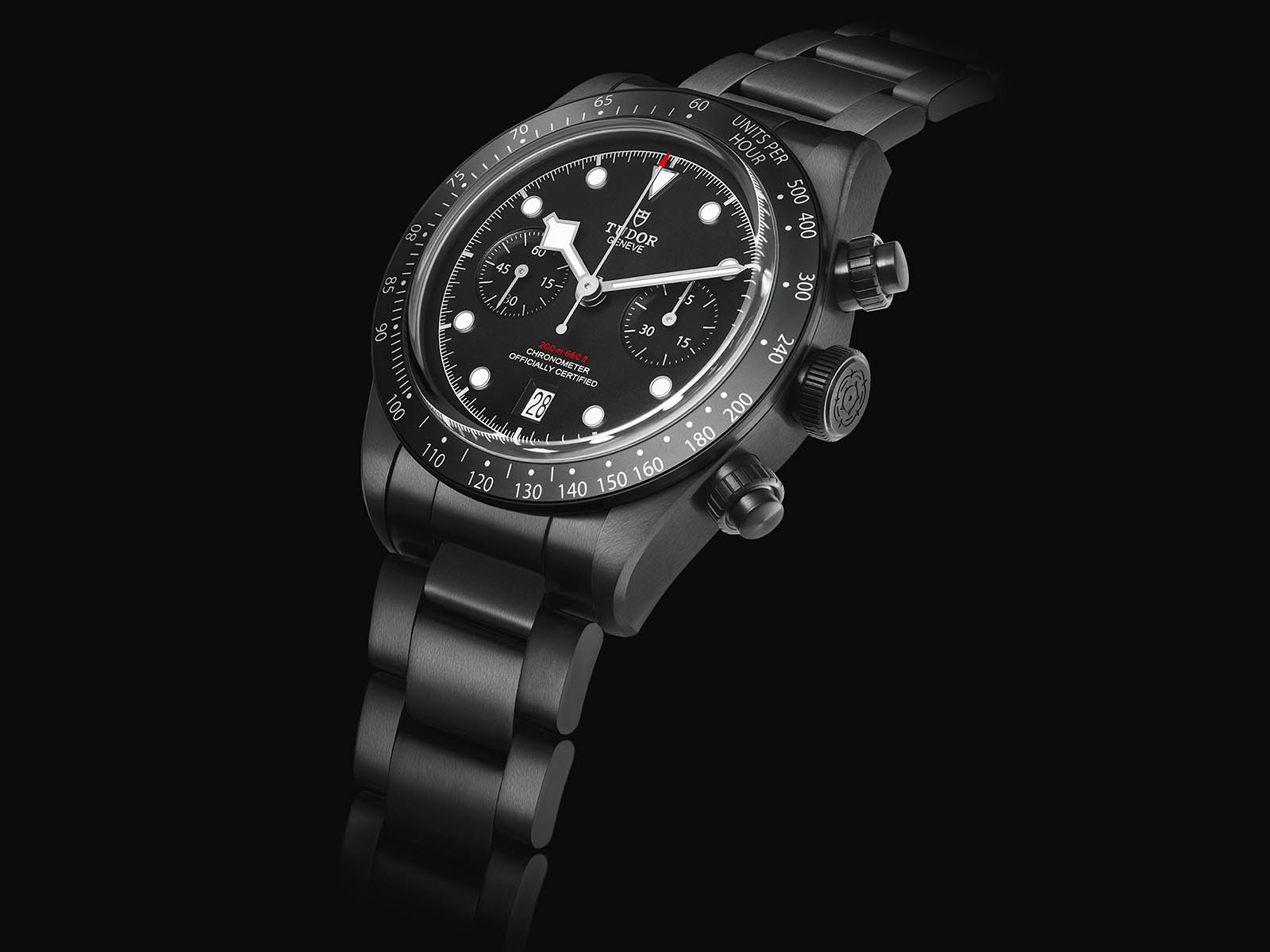 Tudor usually introduces its new models to watch lovers at Baselworld. The fact that it produces limited editions is not something we are used to. This special edition gives the right to be ‘special’. In 2017, Tudor signed a sponsorship agreement with All Blacks, New Zealand’s national rugby team. A few days before the 2019 Rugby World Cup (RWC), the brand introduced the new limited edition model Tudor Black Bay Chrono Dark, which is in harmony with the All Blacks team. 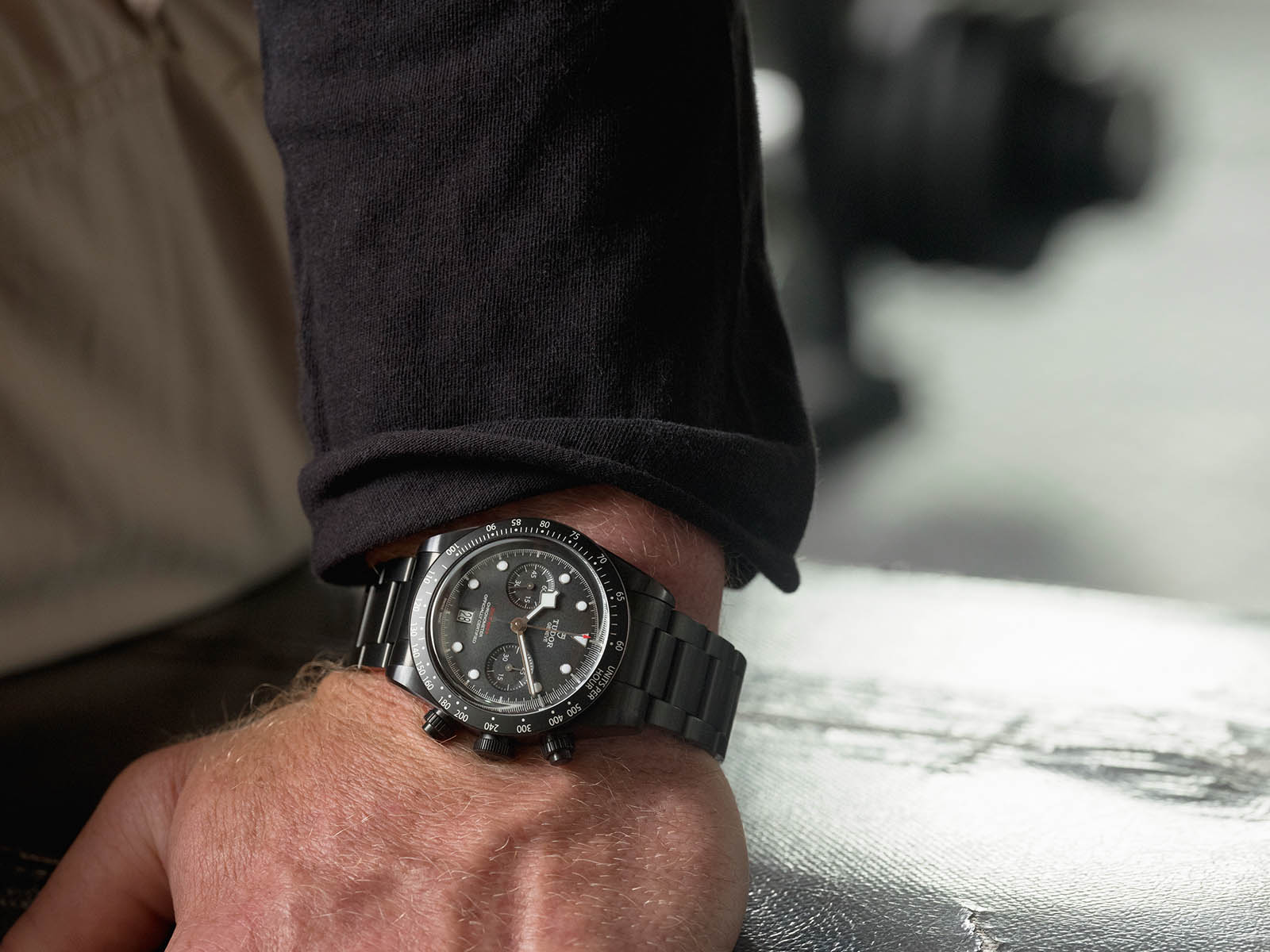 With its black dial, case, bracelet, and clasp, the new Black Bay Chrono Dark reveals what it was made for. So how does this all-black PVD coated version differ from the standard steel version? In fact, it doesn’t make much of a difference except for PVD, the thin coating technology NASA developed for use in several space programs. However, the change in appearance may change a watch to a great extent. 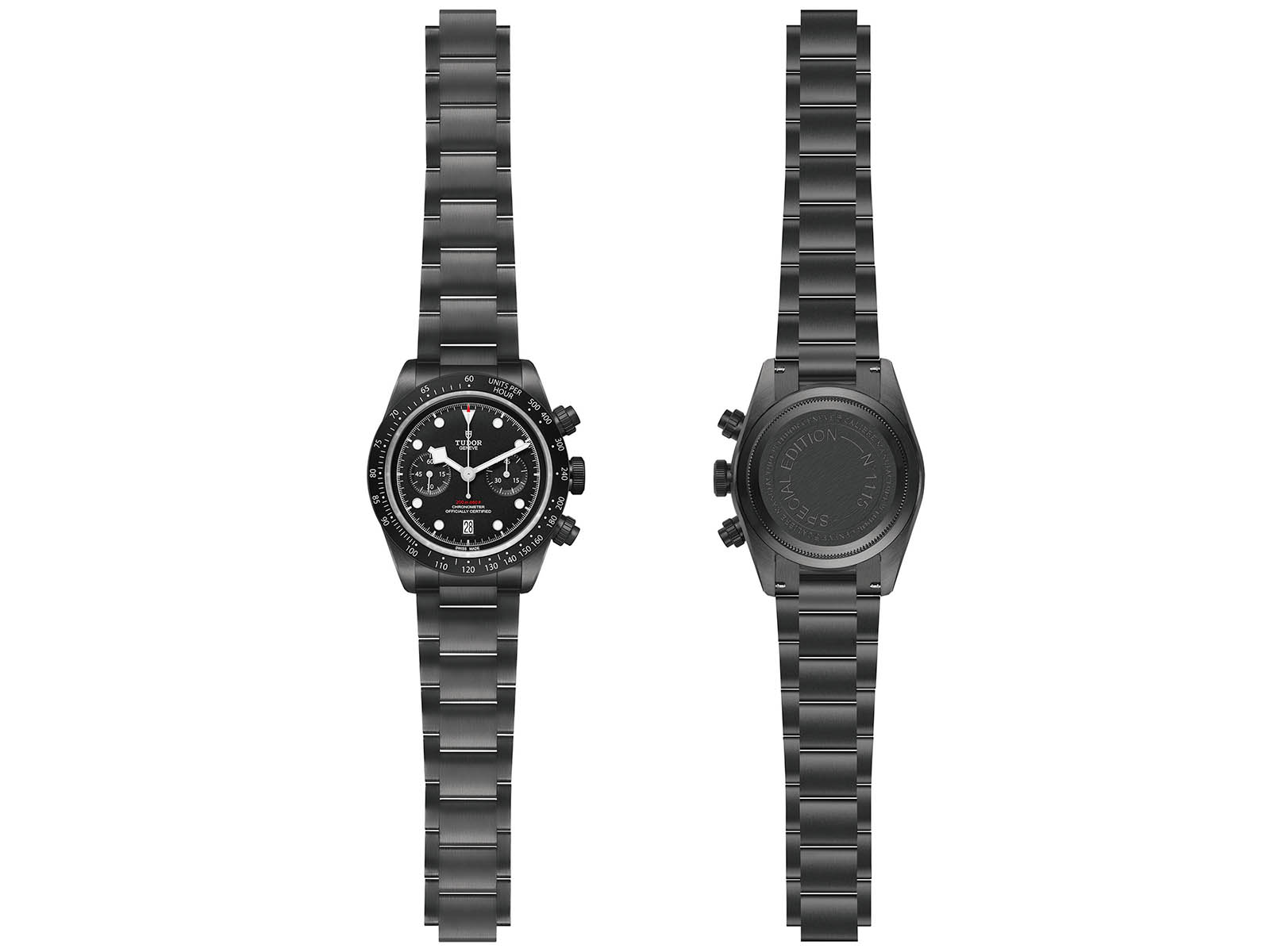 The watch’s design remains almost the same. The curved, grainy, matt background features two sub-dials that display small seconds and 45 minutes, centralized hands for hour and minute display, chronograph second, and white disc date display at 6 o’clock. The white disc of the date display makes it easy to create echoes with round hour markers and balance the black dial. When you look at the dial, there may be one feature that might not be compatible with the entire watch, the snowflake-shaped arms. Let us remind you that this feature is included in the design code of the collection. 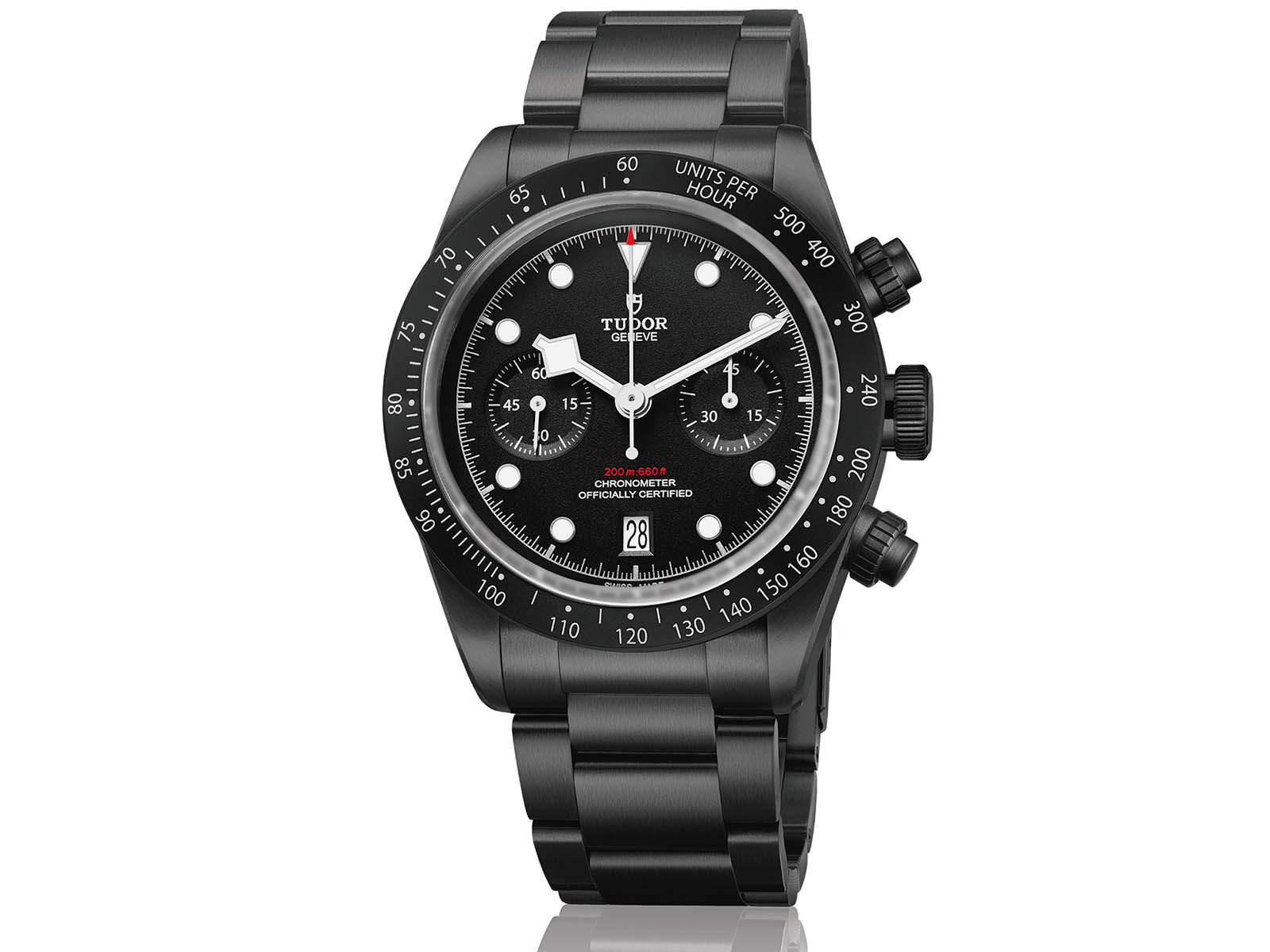 The watch comes with a tachymetric scale. Unlike the steel version, however, the bezel has a black anodized aluminum insert and is not made of hard steel. The reason is scratch resistance. The pushers of Black Bay Chrono Dark are PVD coated like the winding crown. The screw-lock chronograph pushers help the watch withstand water pressure of up to 200 meters, but of course, it is not practical to use. 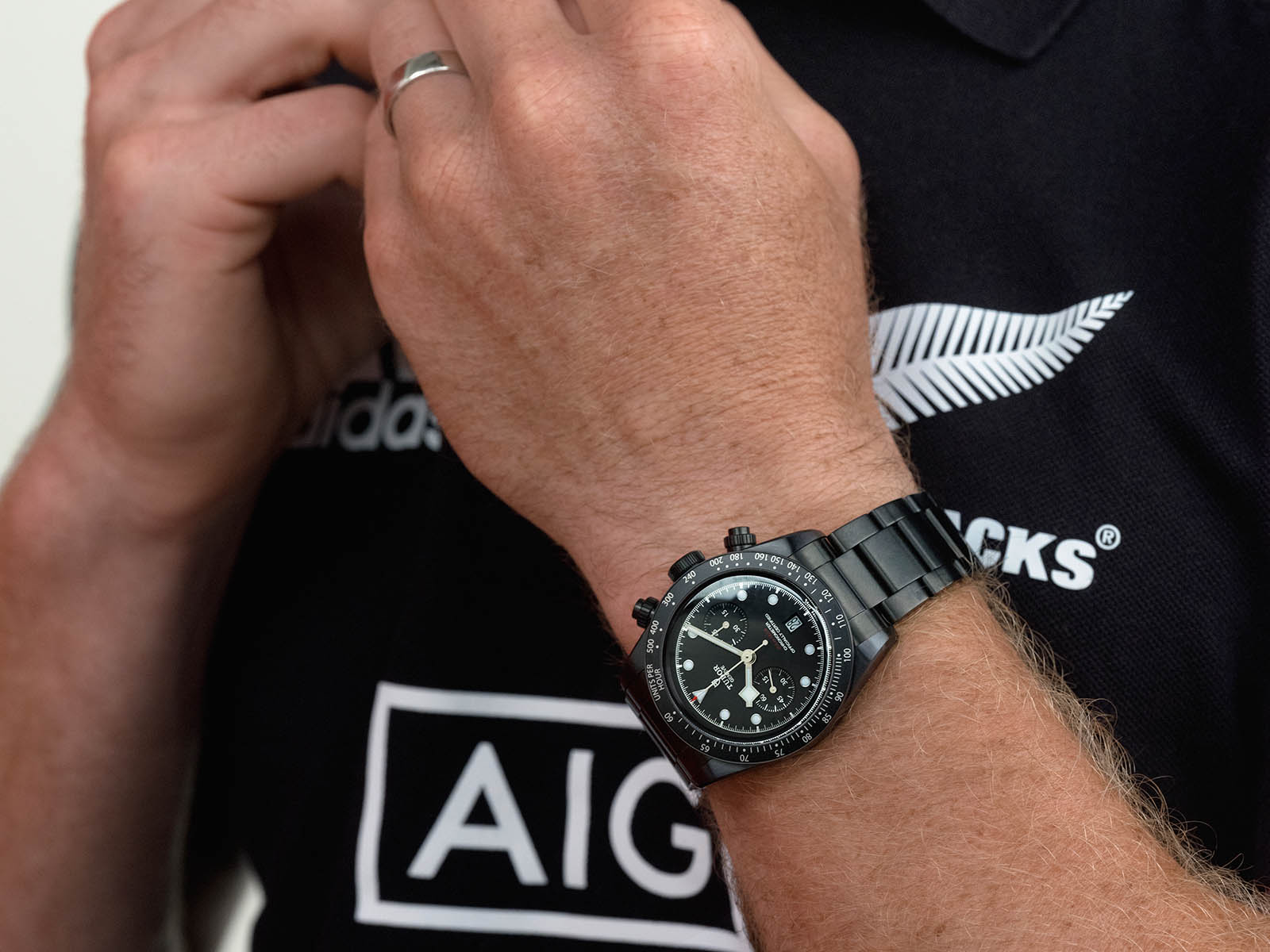 Tudor Black Bay Chrono Dark is powered by the Caliber MT5813, based on the Breitling B01, and provides 70 hours of power reserve when fully wound. 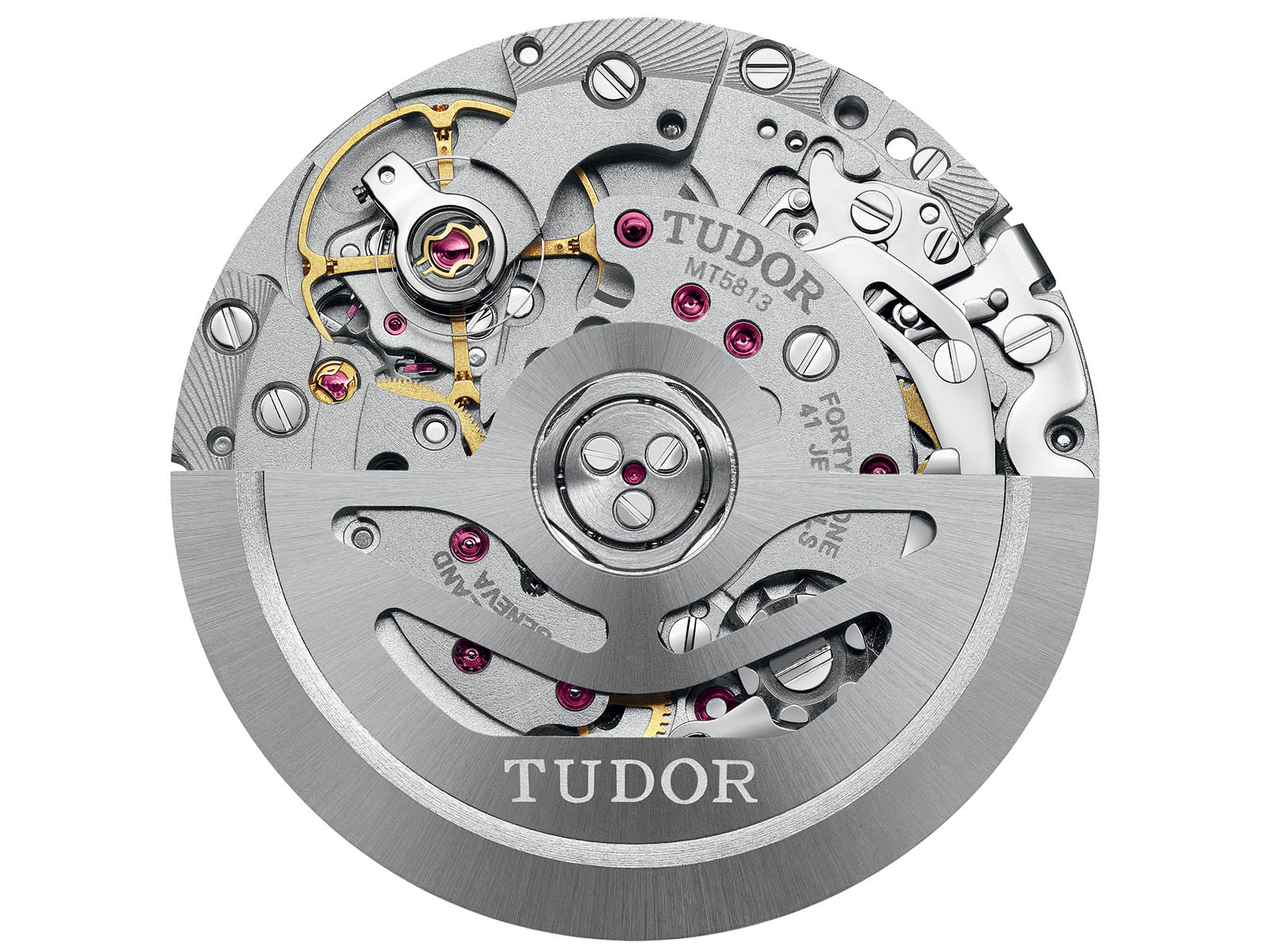 The 41mm diameter case has a PVD coated case backThe matted surfaces of the case are accompanied by beveled lugs. 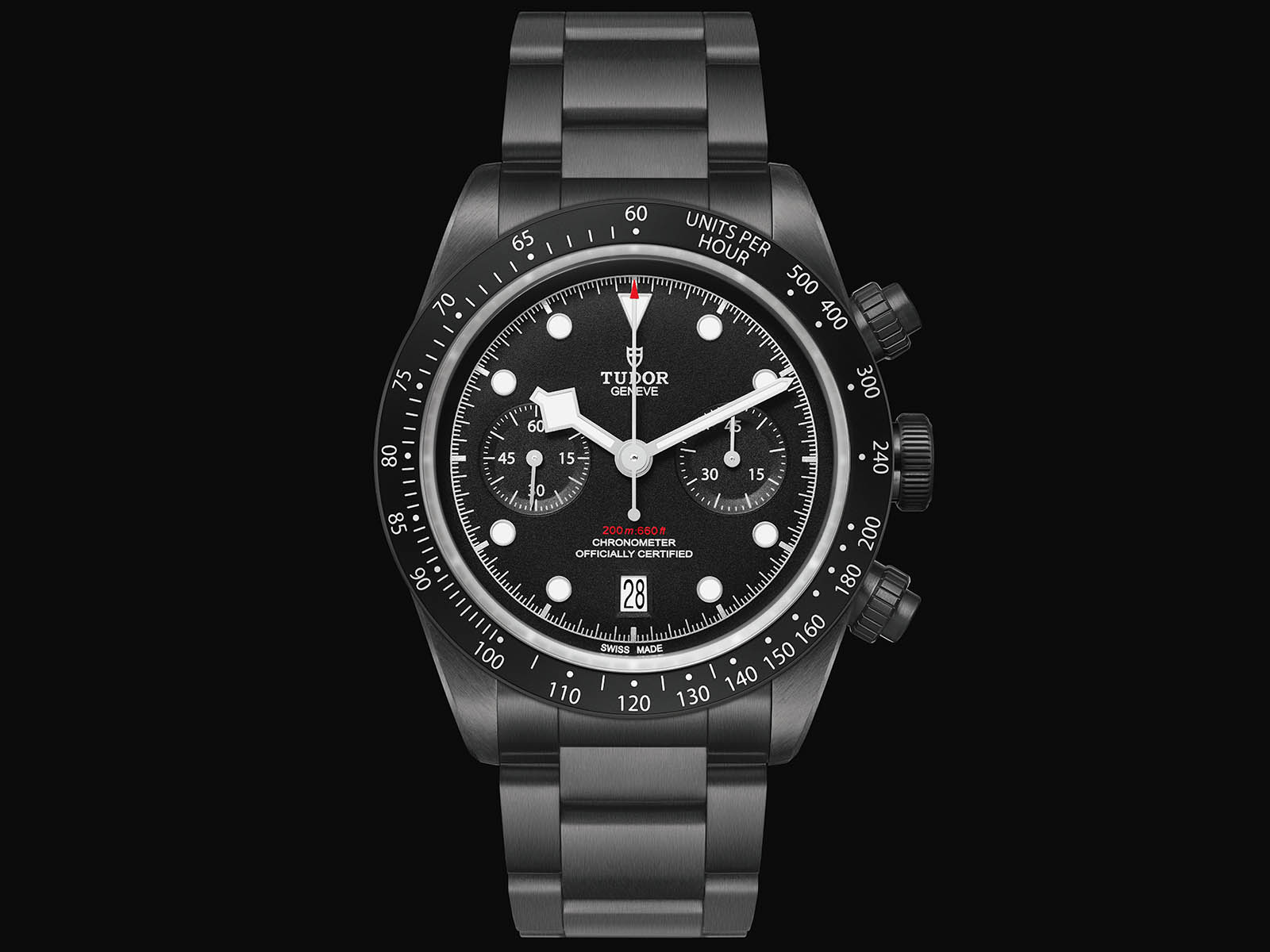 The model comes on an all-black metallic bracelet and folding clasp and is available for 5,460 EUR.

Another feature of the watch is that the limited number production refers to the number of players that the All Blacks team has worked with since its foundation, which is 1,181. This number may increase with the addition of new players to the team.