Ulysse Nardin has added a new version to the Freak model family, which is known with its advanced technology innovations. The new model, which is currently only in the concept stage, attracts attention with its flying oscillator that oscillates at high frequency. 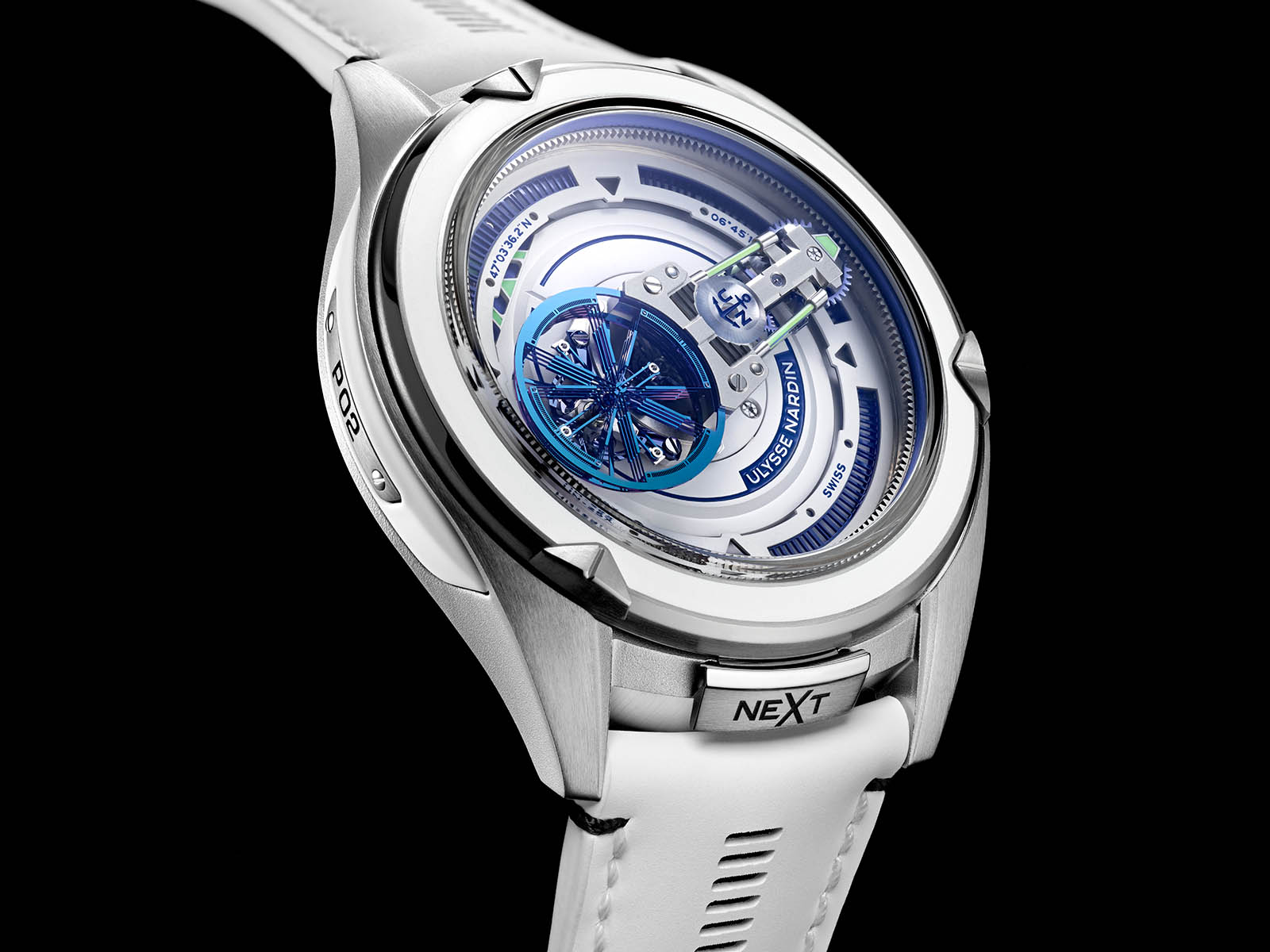 Ulysse Nardin, who has attracted great attention with the Freak-lite introduced this year’s SIHH exhibition, added a new version to the Freak model family that sheds light on the future of the technological product group. 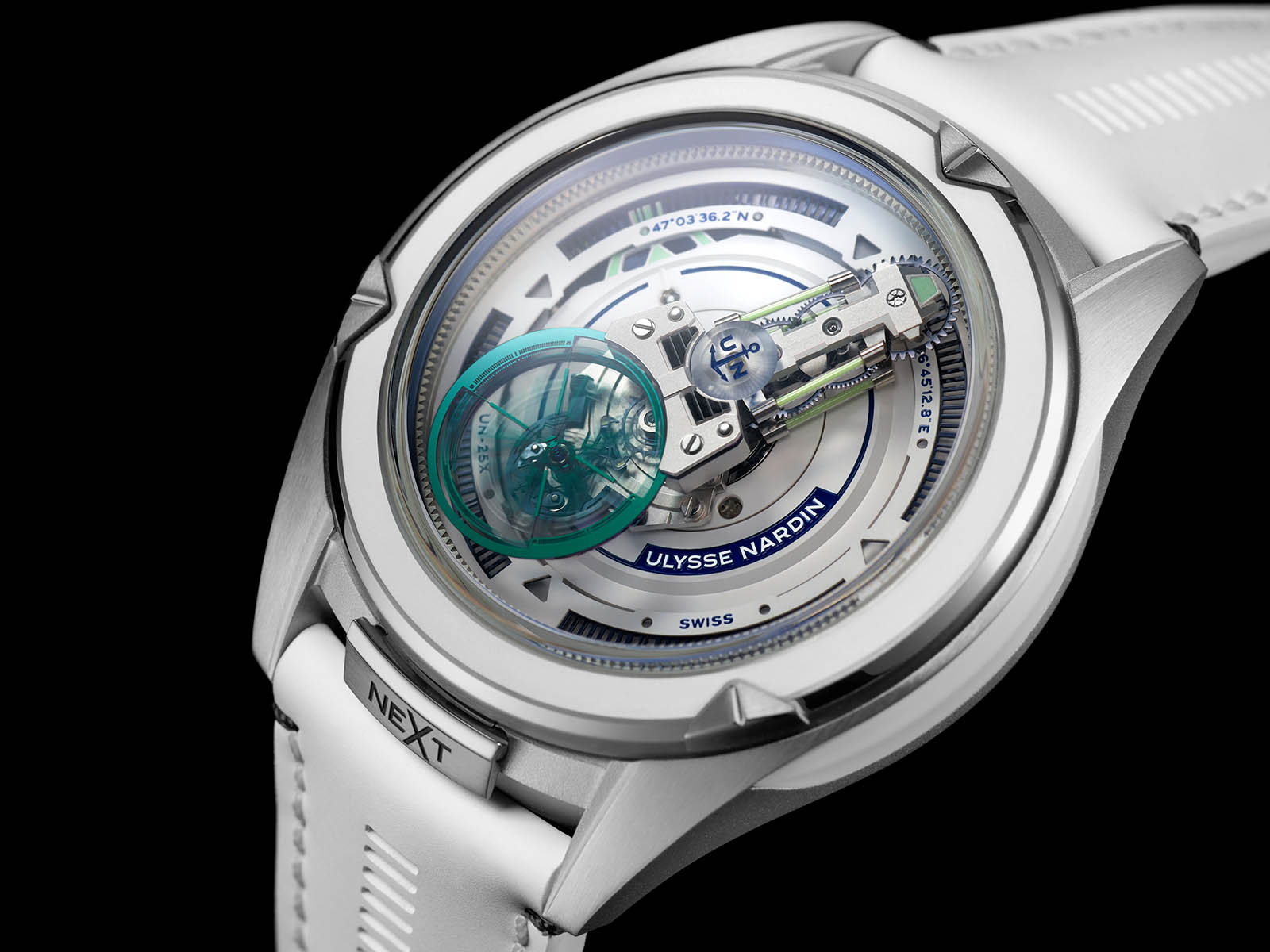 The model that is still in the concept stage comes with platinum and titanium options. The case measures 45mm in diameter and 14.1mm in height with double anti-glare coated scratch resistant sapphire crystals on both sides. The case is water resistant to 30 meters / 3 bars. 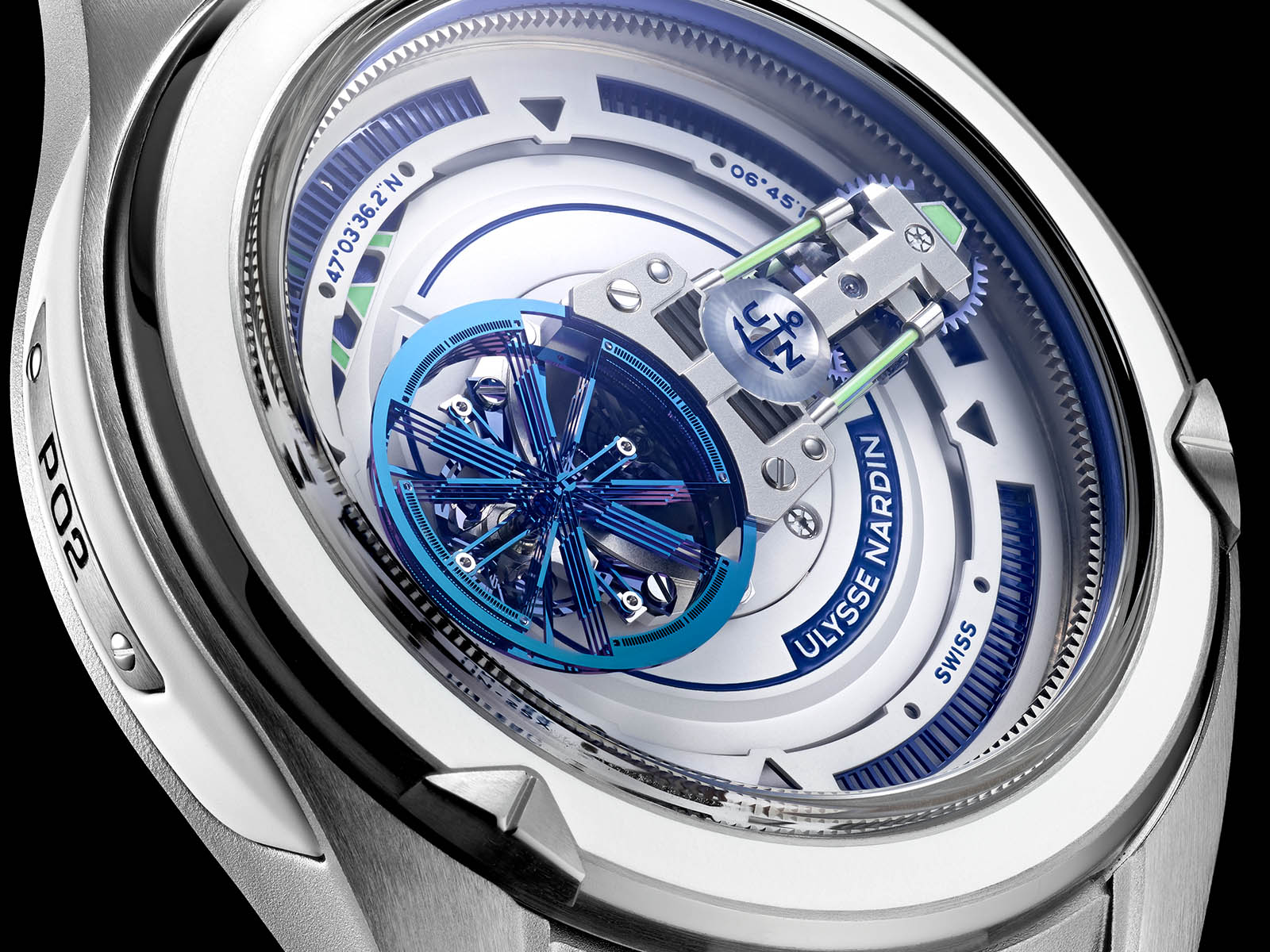 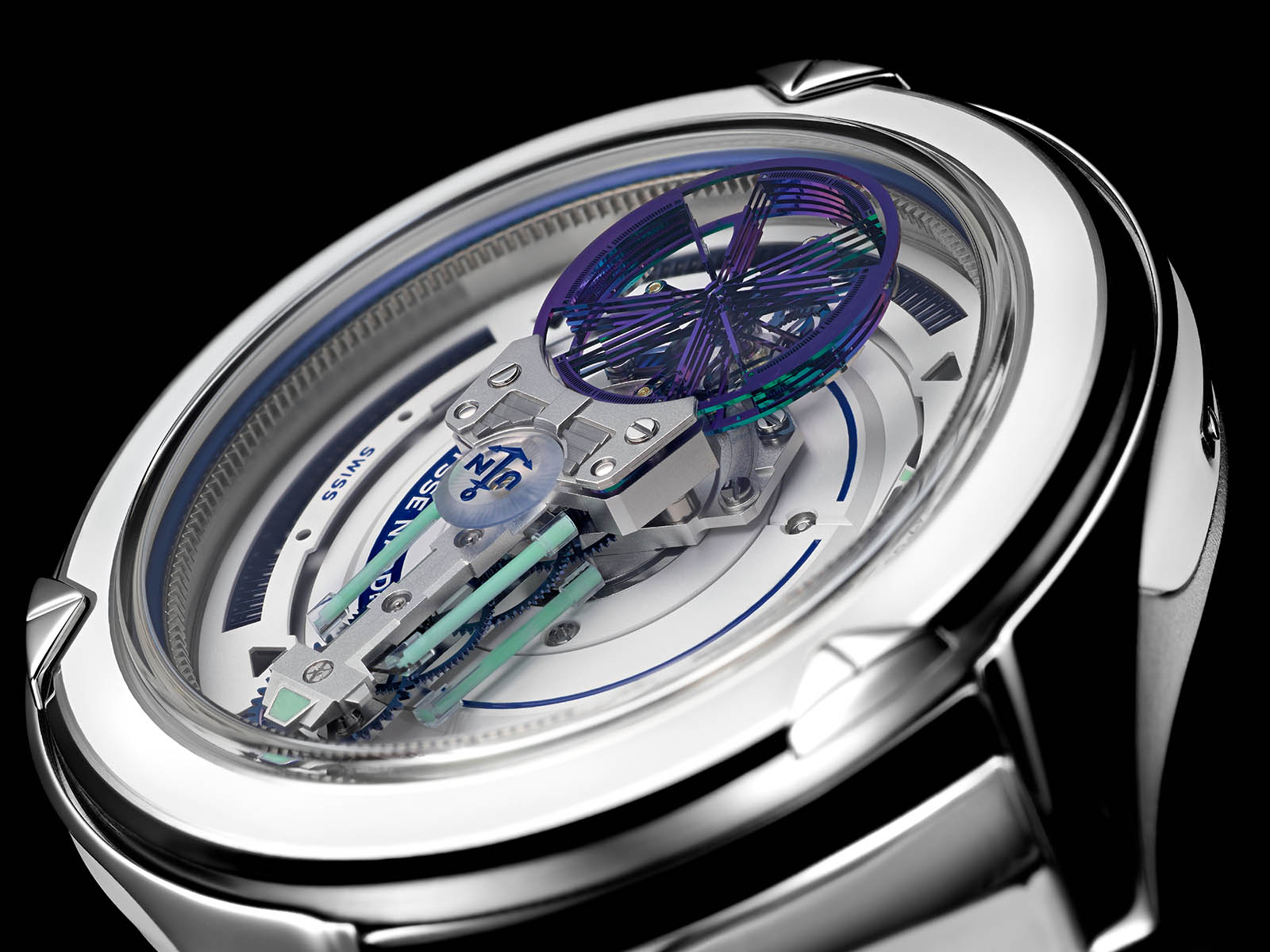 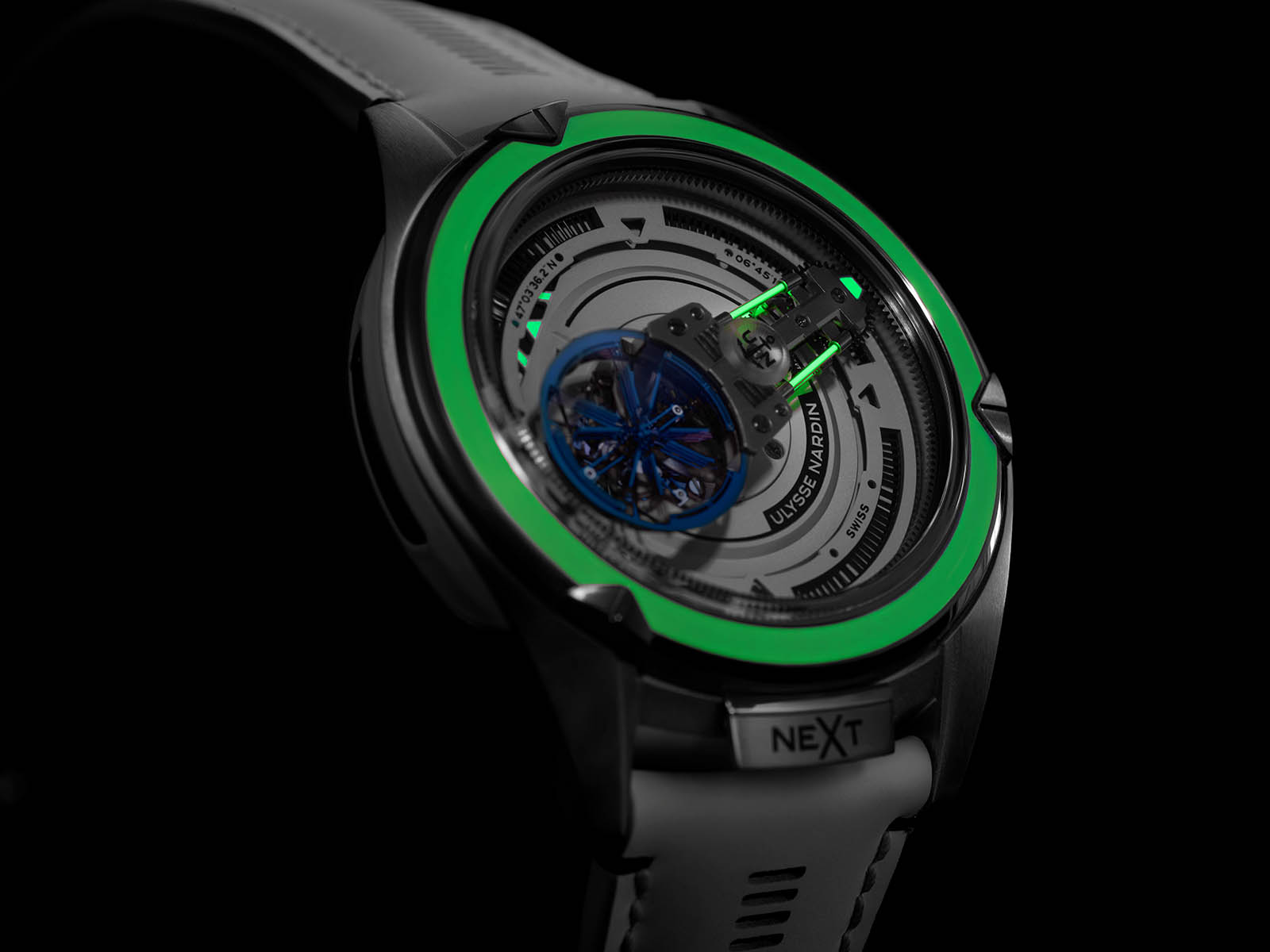 Made entirely of silicon, the neXt oscillator has no balance staff, which can be described with the term Flying that we use for Tourbillon. It consists four stacked silicon wheels, each fitted with eight “micro-blades”. Each pair of blades operation relies on the elasticity of silicon, meaning the blades flex and release with constant energy each time. Considering the friction-free environment by the lack of pivots and super lightweight silicon, the neXt oscillator is highly efficient. 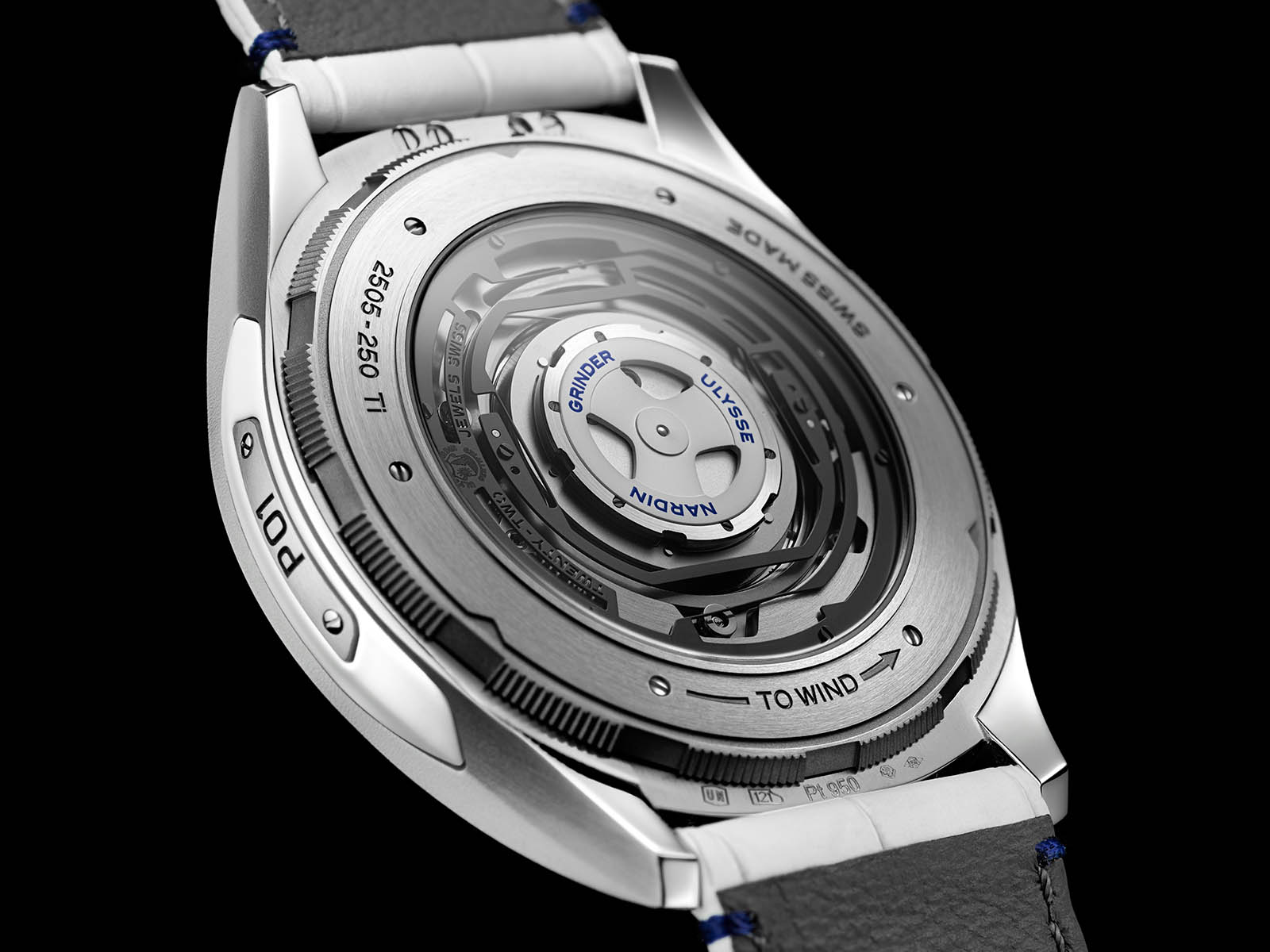 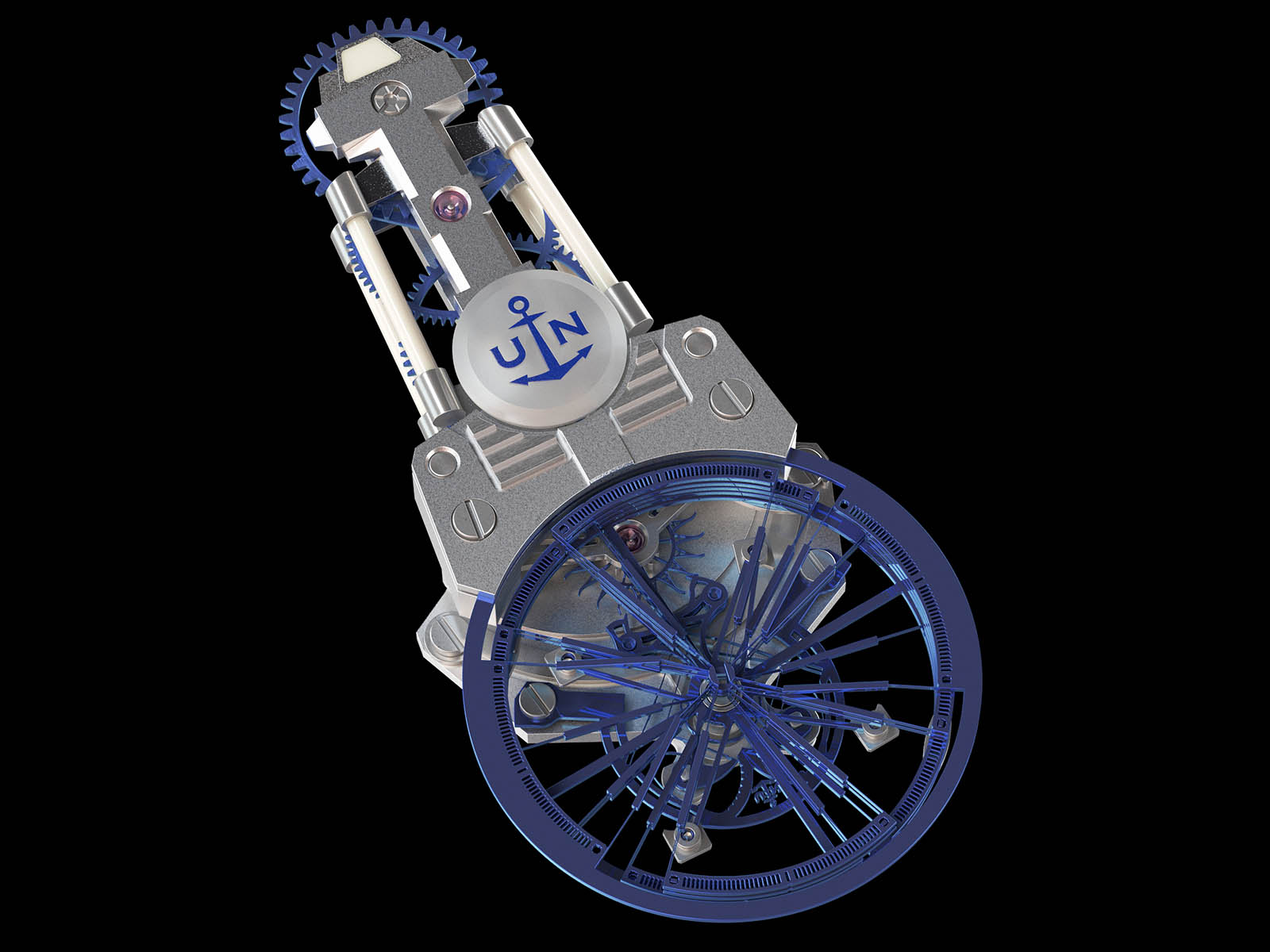 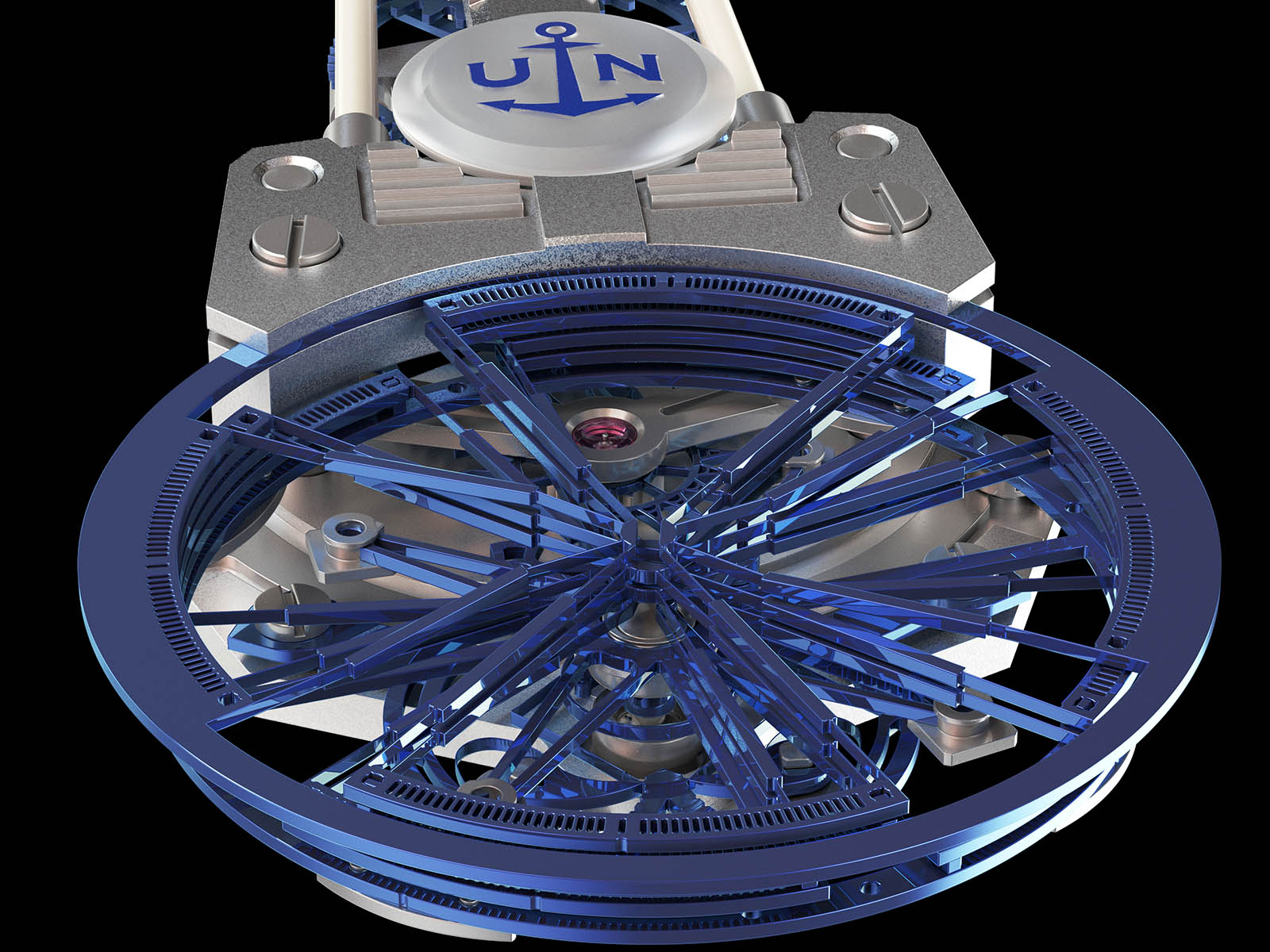 The system, where all the wheel train and the Ulysse Anchor Escapement are also silicon, benefits from the elasticity of the material to operate as a constant force escapement. The Freak next Concept oscillator beats at a higher frequency as 12Hz (86,400 vph), which is three times the frequency of a conventional balance wheel and offers a power reserve of 70 hours when its fully wound by the high-efficiency Grinder system that was added to the watchmaking terminology by Ulysse Nardin. 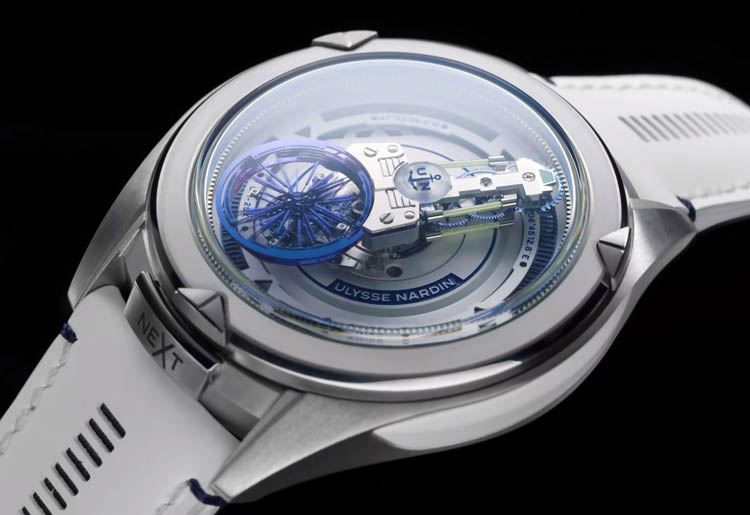 The two models in the concept come with two strap as a rubber strap with a titanium folding clasp or an alligator strap with Velcro. Since it is not yet officially produced, there is no price information advised for the models. 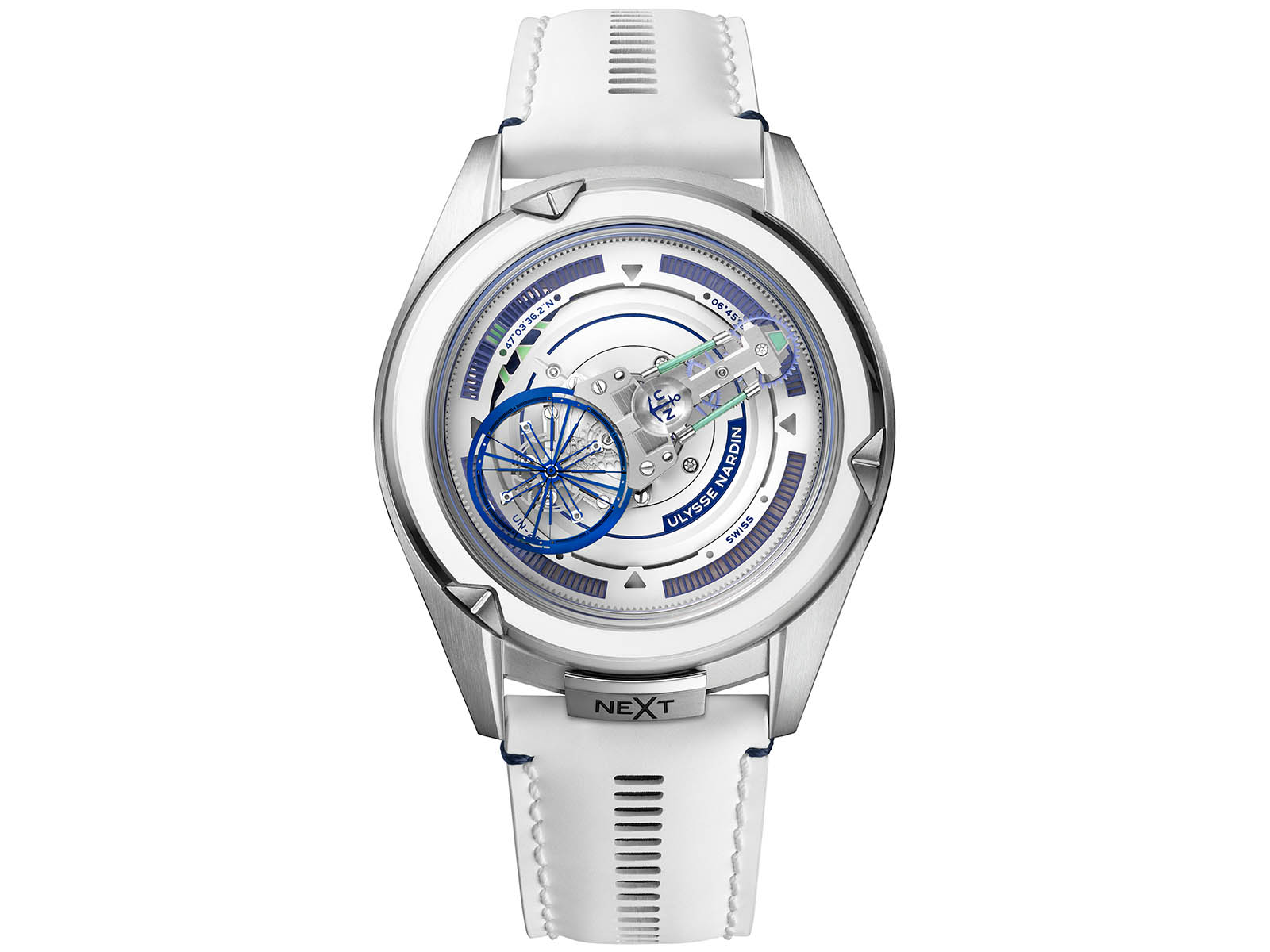 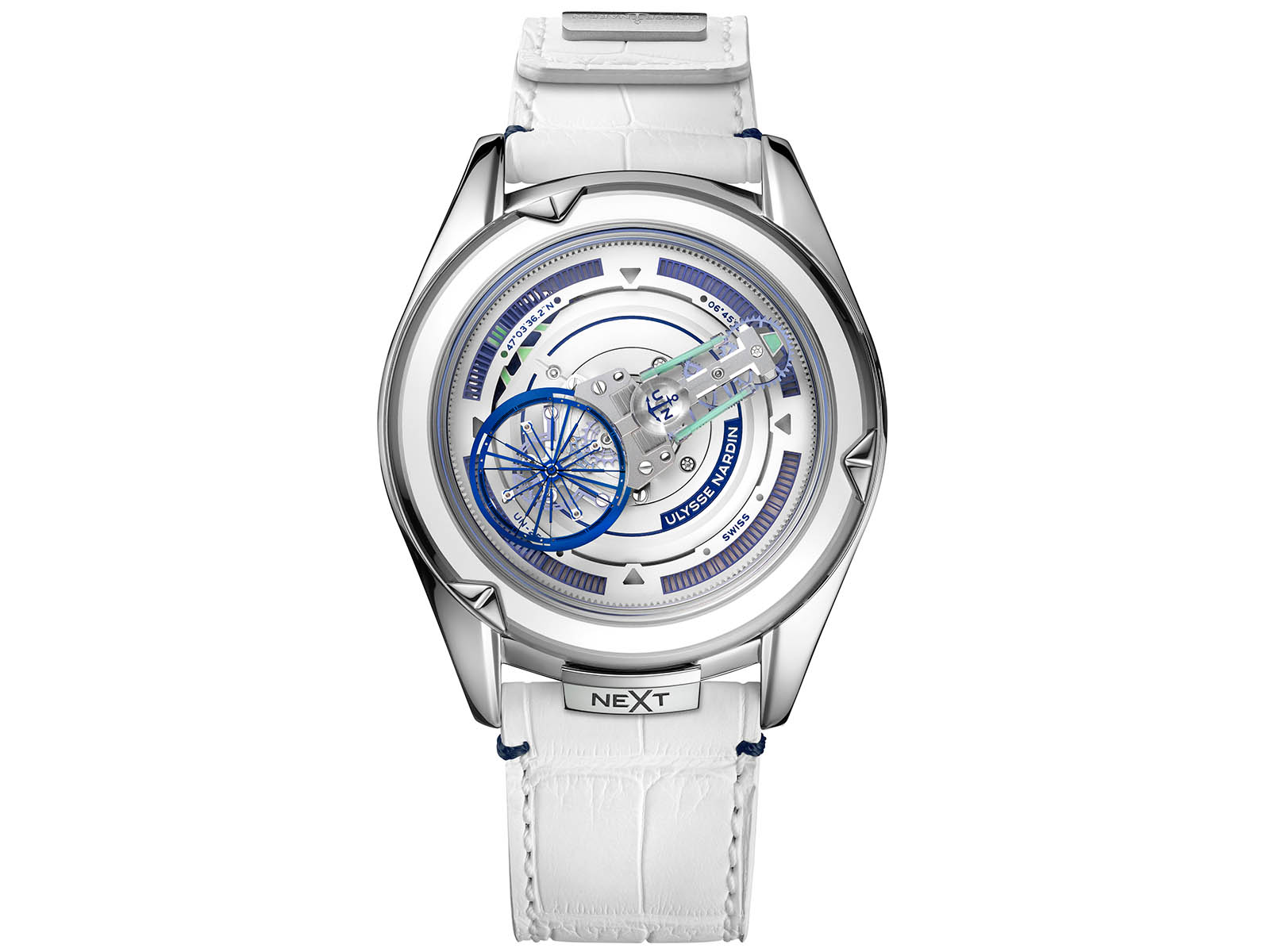